Six to Midnight is a variety cover band based out of the Twin Cities in Minnesota. The band's large extensive music repertoire covers all the hits from the last six decades (Rock, Pop, Country). The guys have been performing under a couple band names together for over seven years.

Six to Midnight is able to accommodate shows and performances of all sizes including clubs, weddings, birthday parties, special and corporate events.

The group handles all production and lighting in-house including a state of the art concert audio system capable of providing up to 15, 000 watts of sound and a full interactive super LED light show with Fog Jets and Confetti.

What can I say about Six to Midnight... Amazing band and they've got music to please any crowd! We hired them for our corporate Christmas party. So glad to come into work and hear all the buzz about how great the band was and they kept our staff at the party all night! Looking forward to working with them again in the future.

I went out one night with to meet up with a buddy of mine. He told me to come see this band at this Bar turned out I got lost and went to the wrong bar but there was there's a band there I called him and said where you at I'm here he said you're at the wrong bar. Get down here and see this band I said no you got to come see this band. 20 minutes later he arrived and saw a very electrical performance with a variety I could not believe I wound up staying until they kicked us out and the show was over.
What a excellent night.

Sharon K. said “Having experienced RFactor in November for my daughters wedding I have to share just how phenomenal…” 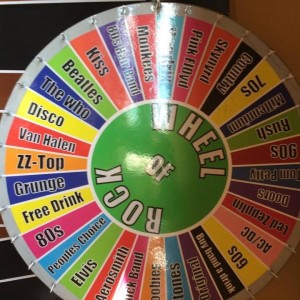 Live music, done well, really separates your event from the rest. Getting folks up and having them beg for the… 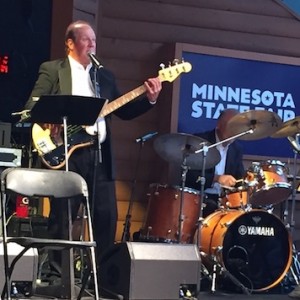