Singing For A Smile 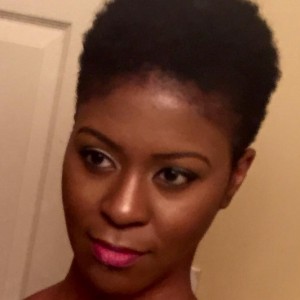 Music has the power to touch a person's heart where words can not reach. I love to sing and play for services, funerals, weddings, parties, and nursing homes. The best part of performing is being able to place a smile on someone's face. I offer gospel (traditional or contemporary), hymns, jazz, classical, pop, r&b, and jazz funk.

Be the first to review Singing For A Smile

My soul purpose of performing is to uplift, encourage, and place smiles on the faces in the audience.

Tabitha (Pearson) Brooks is a native of Baltimore, MD. Tabitha started singing and playing the piano in church at age 13. She earned a Bachelor of Arts degree in Music, with a concentration in classical piano at Morgan State University.

She is the full-time Director of Music at Shiloh Ministries in her hometown and has participated in several studio recordings. As well as being the lead singer in Lonnie's New Cosmic Echoes she also currently performs background vocals for Tracy Hamlin-Landry.

'Tabitha Pearson gave off Minnie Ripperton vibrations in her more ecstatic moments as well as June Tyson (of Sun Ra fame) like declamations. In fact the lyrics about space harmony, peace and riding the Galaxy were reminiscent of Ra's concerns'.”

All I need in order to sing or sing and play is a place and at least one person in the audience to perform for.