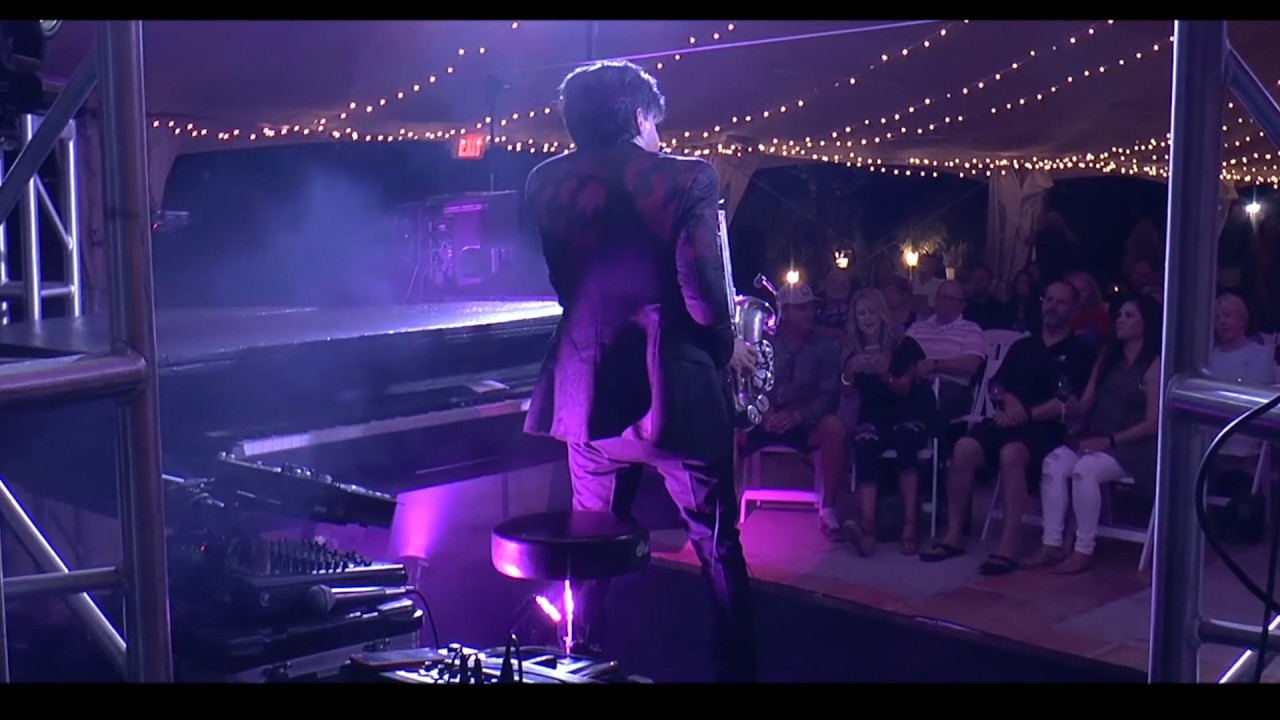 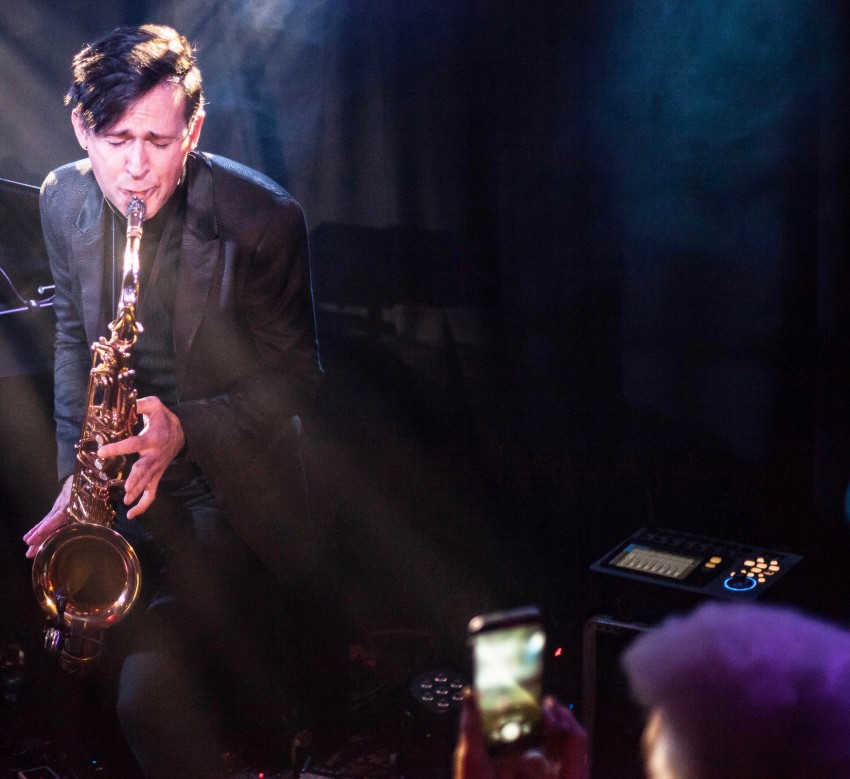 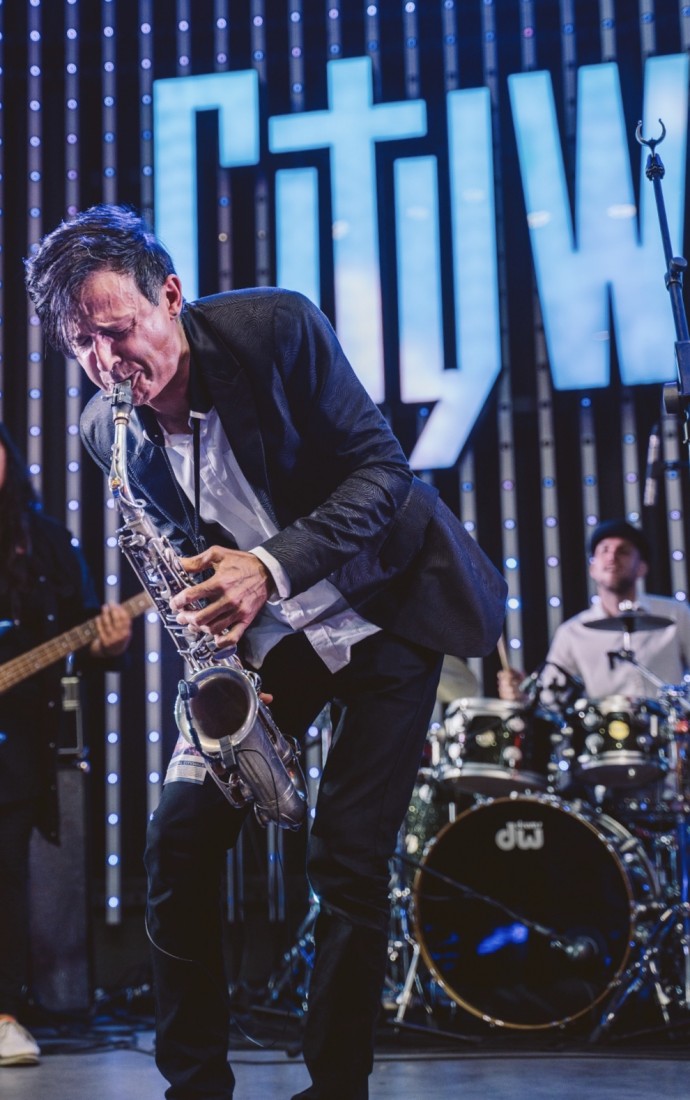 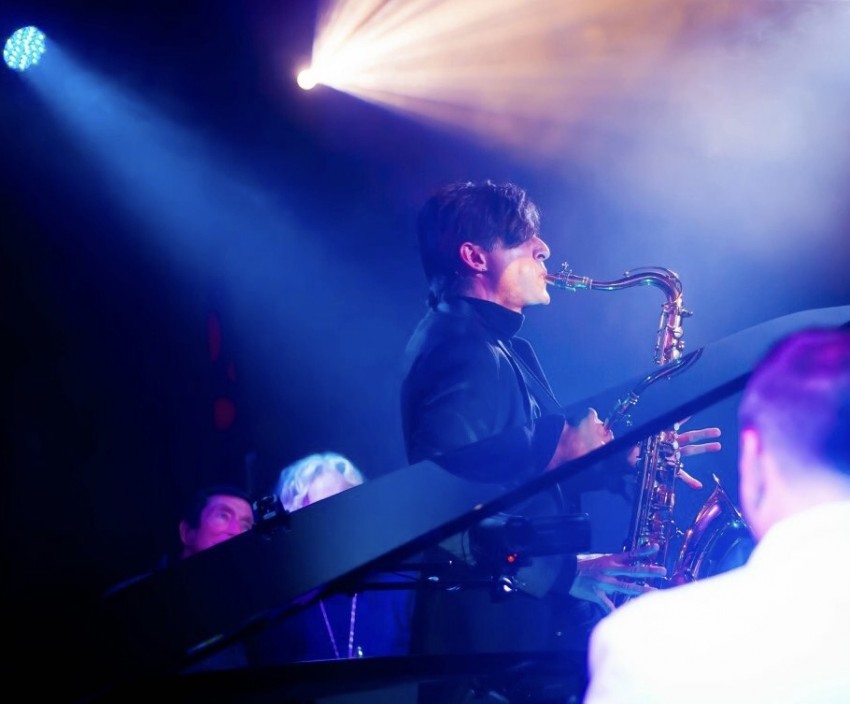 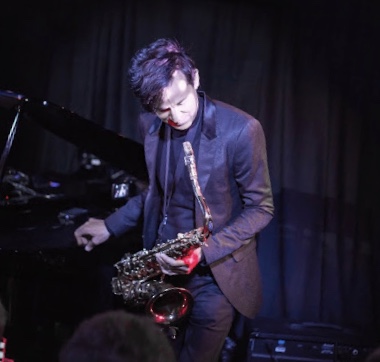 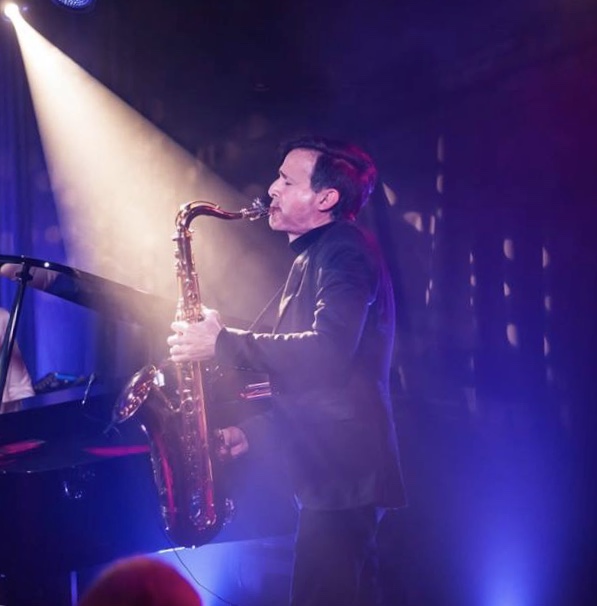 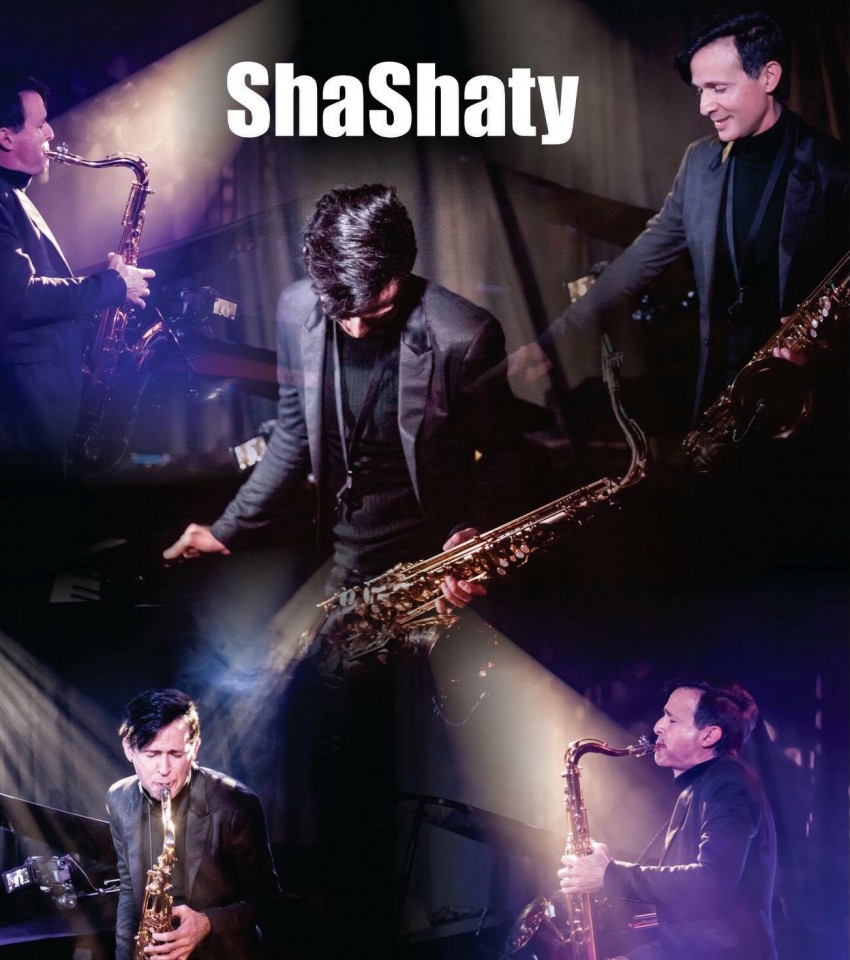 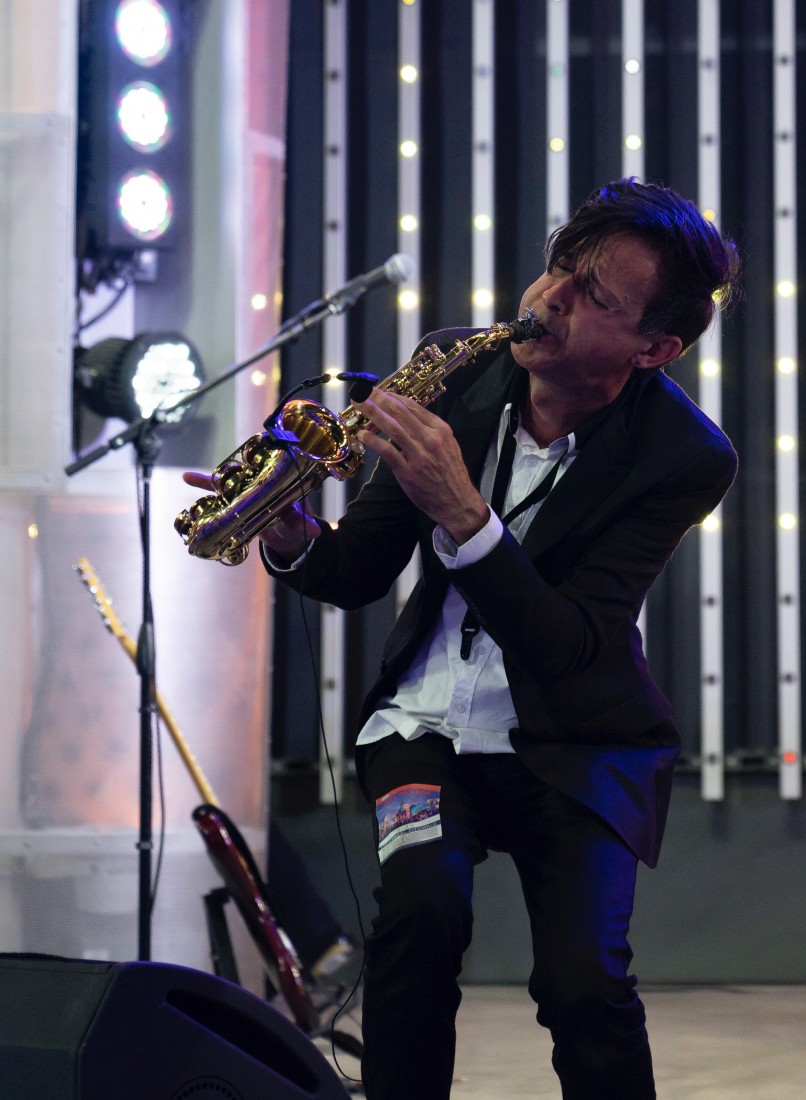 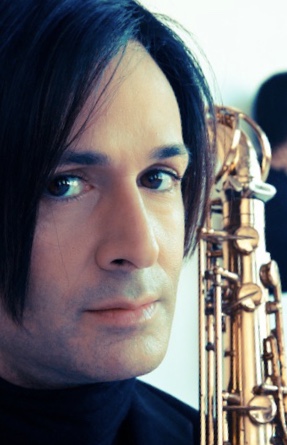 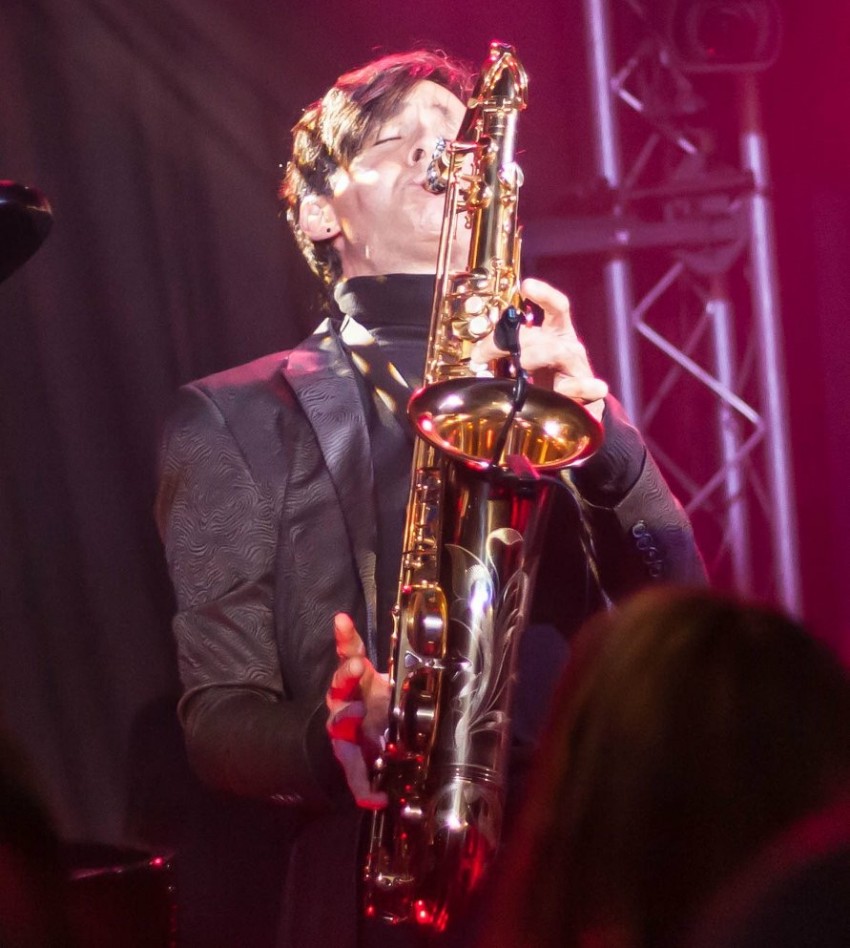 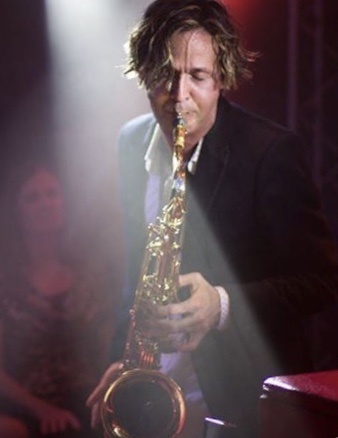 Saxophonist ShaShaty has made guest appearances along- side international stars such as Grammy winning artists Carlos Santana, George Benson, The Mavericks, Dave Koz and Kirk Whalum. ShaShaty has also been featured on the TODAY Show with Kathy Lee and Hoda, the TODAY Show Australia, co-billed in a PBS special with Jazz legend Al Jarreau, appeared in a national TV commercial for Disney and performed for audiences of over 30, 000 in the Peoples Republic of China. With his band, he`s secured opening support slots for many popular greats including The Bee Gee’s, Peter Cetera (of Chicago), Al Jarreau, George Benson, and many more.

I am not sure how to even begin this review without going straight to the point. ShaShaty not only transformed the event but was the talk from all employees afterwards.

I hired ShaShaty to play the saxophone at our Grand Opening event for my company in the lobby area. I can honestly say he was getting the most attention than the actual event itself! He was entertaining, his music was on point and he is incredibly talented.

I plan on using ShaShaty for every corporate event moving foward!!

Thank you so much Kennedy! I’m so happy that everyone enjoyed it! It was truly my pleasure to be a part of the entertainment at your amazing event.
All my best.

This man was so incredibly easy to work with. His spirit was humble and grateful.
On top of that, he was on time started playing on-time, looked amazing, his music selection was off the chain. He came from California to Las Vegas. I would not hesitate to have him in Atlanta! I have an event business and I will definitely use him as a vendors! He really made my 60th birthday outstanding!

Thank you so much Charleen! It was indeed my pleasure to perform for your beautiful guests and event.
Love and blessings to you.

ShaShaty is nothing short of Amazing! Everyone at our event commented on how wonderful he was. His music was filled with passion and performed with incredible skill. His version of "My Funny Valentine" will absolutely melt your heart. ShaShaty is a fantastic entertainer and we can't wait to have him back!

It was My Pleasure, Michelle! Thank you so much for having me as a part of your entertainment!
All my best,
ShaShaty

One of my guest though he was Kenny G's son, excellent Act

I Hired Joe ShaShaty for my sisters bridal shower and couldn’t be happier with my decision. From His humble personality to his amazing Saxophone skills this is your guy. He was able to fill the hall with such beautiful music. Couldn’t have asked for anything more. Thank you again!

Joe was AMAZING! He performed at our wedding and he was fantastic. He was responsive to my emails and worked on my playlist request. He was professional and kind. I would hire him again in a heartbeat.

Thank you so much for making my moms party special. Everyone had a great time (young and old). Great energy. Will definitely book again.

Joe is a great talent and has a beautiful welcoming spirit that not only felt within his music but it’s within his soul. We were lucky to get him. He was the first to thoroughly respond back and although I looked at other candidates, I kept coming back to him. A wise choice. He was loved by all of my guests and will be playing at my wedding next year for sure.

Exactly what we hoped

ShaShaty was very gracious and respectful in planning and preparing for our event, and performed beautifully for nearly 3 hours because we did not wan the experience to end. Great energy during cocktail hour, magical for sunset, and danceable after dark. We wil have him back soon!
Mark & Mallory

Mark,
Thank you so much for having me at your small “concert” gathering! I was so inspired to perform live in such a breathtaking setting. Can’t wait to get to do it again soon!
All my best!
ShaShaty

Joe ShaShaty made my mom's birthday spectacular. My mom is a nurse of over 30 years and was celebrating a milestone birthday, I was bummed that during this pandemic we couldn't celebrate in a huge way.
I requested for Mr. Shashaty to come by and play a few songs for this special lady and we were BLOWN AWAY. He exceeded our expectations. My mom is the type of person that rarely gets emotional and she cried, as he played one of her favorite jazz songs.
He was on time, professional and fun!! He has earned business for life from our family.
Not kidding, my brother was going on and on about how impressed he was and thinking of what other events we can hire Joe for . We could have listened to him play for hours, beautiful and relaxing. Perfect set up. He is so so talented look no further!! You won't regret it.

Thank you so much Raquel for having me for Mom’s special day! It was an honor to be a small part of making it special and an honor to play for one of the many health care professionals that keep us safe and cared for during these trying times!
Much love and blessings to you and your family!

Joe ShaShaty was very professional , pleasant and dressed for the occassion. Arrived on schedule as planned. He was very accommodating of guest requests. Kept the party alive.

ShaShaty was a fan favorite at our Company Holiday Party this year, he was very responsive and professional.

He was amazing ! The crowd loved him! Great music! Very professional and kind.

I will definitely call him again soon!

ShaShaty was professional, showed up on time to set up, has a great sound system set up and a great personality. His music was outstanding! Everyone loved him. As a former entertainer and professional promoter, I'm extremely picky of my entertainment. He truly knocked it out of the park!

Thank you So Much Jorge! It was truly a pleasure to perform for you and all of your guests! I am humbled and Grateful you were happy with everything!
All my best Jorge,
ShaShaty

Saxophonist ShaShaty has made guest appearances along- side international stars such as Grammy winning artists Carlos Santana, George Benson, The Mavericks, Dave Koz and Kirk Whalum. ShaShaty has also been featured on the TODAY Show with Kathy Lee and Hoda, the TODAY Show Australia, co-billed in a PBS special with Jazz legend Al Jarreau, appeared in a national TV commercial for Disney and performed for audiences of over 30, 000 in the Peoples Republic of China. With his band, he`s secured opening support slots for many popular greats including The Bee Gee’s, Peter Cetera (of Chicago), Al Jarreau, George Benson, and many more.