I Wanna Thank You...
Cover-Sharon Pulliam 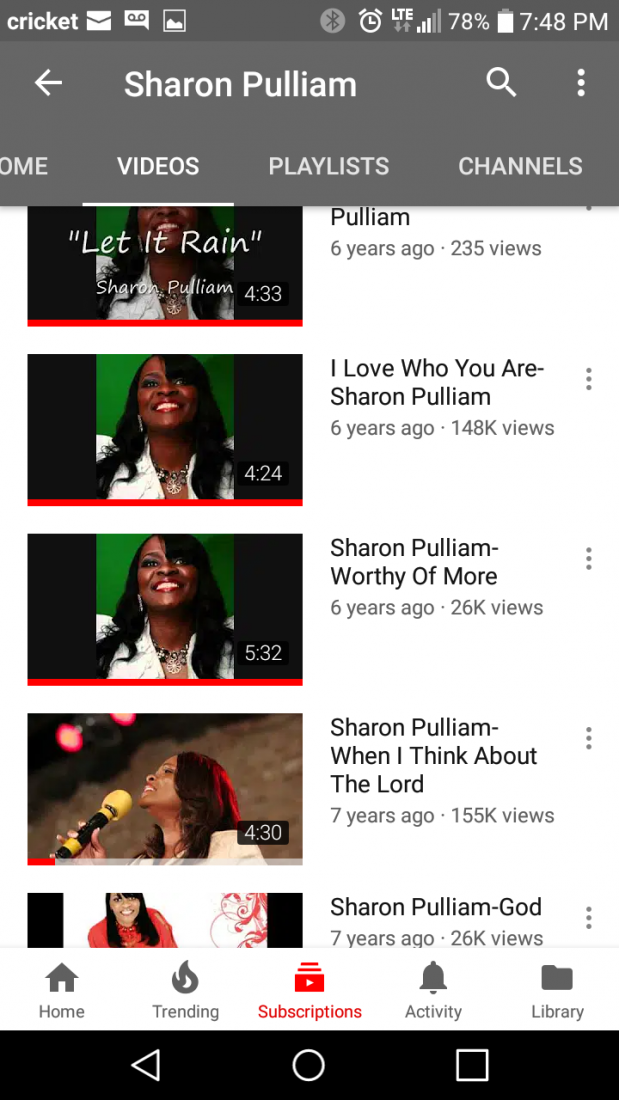 I am an Inspirational & Gospel, Christian Singer(Recording Artist). I have sang for Mega and Small events. Mega Churches, small Churches, have sang with & opened up for a lot of Gospels Greats. I sang for President Barack Obama's fundraising events(when he was Senator). I can make your event memorable!!!

Thank you Laurel so much. I hope to work with you and your organization again. Maybe Live. 😁

I would book her again.

Vanisha and her family were so sweet, beautiful and amazing!!!
Felt like kindred. 🙌🌹👏

I Love to inspire everyone with my music. That brings you into a place, in the Presence of God.

I have sang both locally abd nationally.
In addition to appearances and singing at various churches and venues. My desire is to inspire & uplift people to a place in their relationship with God.
As i continue to persue my call and visions, some of my credits are:
. Recoreded e Cds and are working on my 4th
. Signed with HITMAN Records for Distribution, 2019
. Leading Worship in August 2020 for the International/National Correctional Convention @ The Billy Graham Convention Center/ Virtually
.Lead Worship as Lead Soloist @ First Baptist of Atlanta, Dr Chsrles Stanley(Pastor) 2015-2018
. Featured Worship Leader on Atlanta Live, several times
.Spokesperson & Live Performance for Donate Life(Organ Donations) on WGN Television 2014
.Lead Praise & Worship/ Lead Soloist in a Mega in Chicago @ Apostolic Church of God 1984-2013
.Sang for President Barack Obama's fundraiser as Senator 2012
. Featured Soloist for Black Women's Expo @ McCormick in Chicago
.Radio Personality for WYCA 102.3 FM 2004-2007