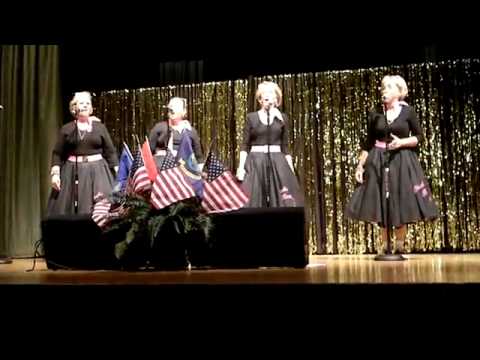 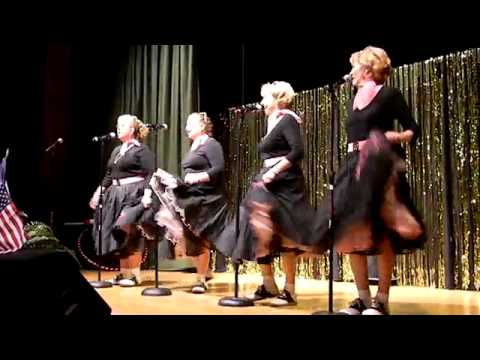 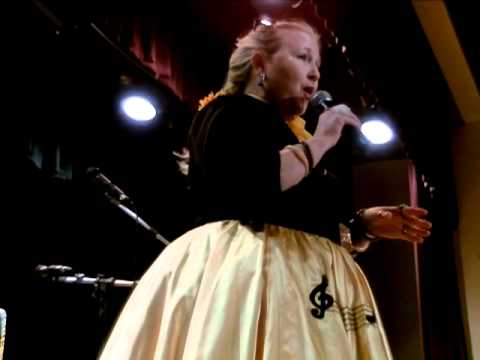 Will you still love me tomorrow 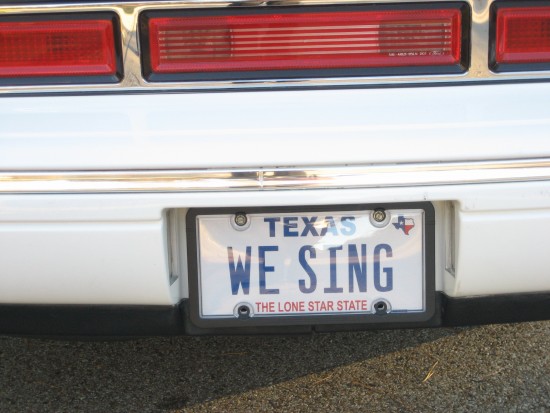 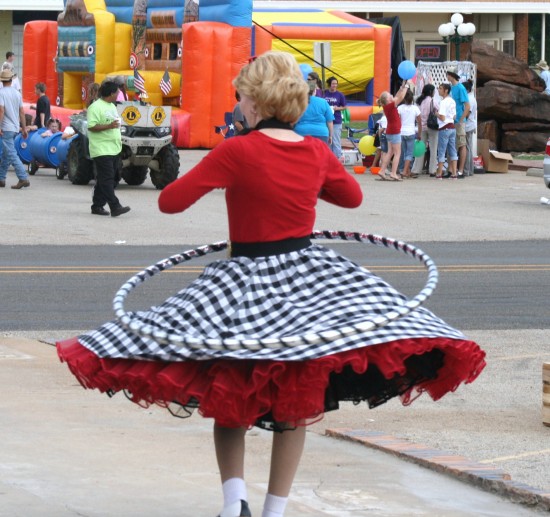 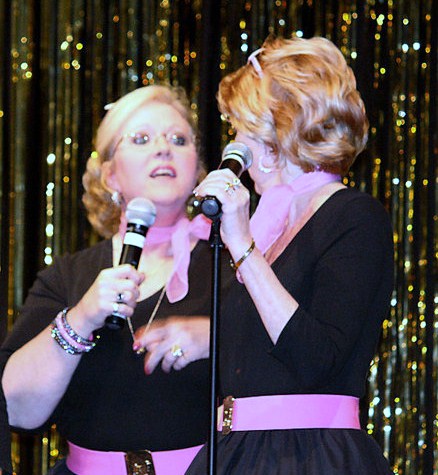 The magical music of the 50's and 60's is reborn when this unique, all female, show group from East Texas who call themselves "Shake, Rattle & Roll" take the stage. The Las Vegas DooWop winners have been filling Civic and Convention Centers and will make you "stop, drop and roll" with laughter as they take you on the ride of their lives with their toe-tappin', twistin' mix of rock and roll and comedy. It's family fun for everyone from great-grandmothers to kids of all ages as you lose yourself in a unforgettable evening of "Music, Comedy, Memories and More". It's timeless entertainment for the entire family. Their songs, "Silhouettes on the Shade" and "In the Still of the Night" are bei

Most Fun & laughter I have had in forever!!!!

I loved the audience participation. This is the 2nd time we have had them for our Senior Adults entertainment at our church - University Heights Baptist Church in Huntsville, Tx and they were a riot!!!
We were twisting and laughing! Be ready for a fabulous time of JOY! Now I am thinking we need them for our Odessa High School Reunions! and anytime our class gets together! We had people at our church Friday night from towns around this part of South East Texas who just wanted to see the show!

We winter in San Benito, TX at Fun n Sun RV resort. These lovely talented gals performed for our Valentines dinner. My favorite show of the season. They are so talented and fun.

THE PERFECT Entertainers for a 50th Reunion!

The LHS Class of 1961 booked "Shake Rattle & Roll" to be our special entertainment for our 50th Class Reunion, and we couldn't have made a better choice! Not only were they superb entertainers with beautiful voices and a repertoire of our era, but they even learned a "new" song for us which was special to our class - "You'll Never Walk Alone"! Although we attempted to stay in our seats, even at our age, we were "Twisting the Night Away," and LeAnn's rendition of "Soldier Boy" brought tears to our eyes as she sang to one of our Vietnam Veterans! Ending on a patriotic note, we were all on our feet and hated for the evening to come to an end! We wish we could do it all, again!

great music, great entertainment, good time had by all

we have had Shake, Rattle & Roll several times at our church fellowships and will have them again. Our Senior Adults love their music.

This group did an excellent job of entertaining ALL of our members and everyone thoroughly enjoyed them. We would & have recommened them to our friends and other clubs that we have come in contact with. We would gladly hire them again for another event.

Shake Rattle & Roll tops in entertaining fun for the family

We had a great time at West Tawakoni City Park with the girls and already have them booked again for 2012. It was the hottest summer in Texas and these girls perservered through 100+ temps. Have seen them several times in different locationsand they always impress. Would drive just about anywhere to see them again.

Funny, talented, sassy.. there are not enough adjectives to describe the awesome talent of the ladies of "Shake, Rattle and Roll". We will definitely have them again.

Shake, Rattle & Roll honored The Liberty Opry stage at a special Friday night showing, October 14, 2011. These four ladies are the absolute best in Class, Music, Harmony & Comedy. They have performed at The Liberty Opry in the past, but each time they do, their program is changed up enough so that it doesn't seem like the same show again. Their song selection, singing and harmony is fantastic. The comedy is great - not too much - just enough to add to the show and keep it moving and fun! You are truly missing a great show if you have not seen these ladies do their magic!

What a joy to have Shake Rattle & Roll at our SchertzFest event. Attendees thoroughly enjoyed the music from the 50's & 60's and especially the tribute to our military members.

These ladies know how to entertain a crowd. They are such wonderful singers and really get the crowd involved. With the toe tapping music, dancing & humor the audience just goes wild over these 4 ladies. This show is fun for all ages and I would definitely recommend!

Shake, Rattle & Roll is a unique, highly differentiated, girl show group featuring music of the 50s and 60s presented with high entertainment value. We produce an entertaining show, presented in a fashion that creates laughter, tears and melancholy for an era when times were simpler and more innocent. Our desire is to leave our audience wanting more and desiring to repeat the experience we offer. We do family entertainment and promise a show that people will think about for days. We present professionalism not evident in other review groups. We perfect a flawless show from the perspective of the audience. We do familiar music, some of which our audience has not heard in years. Our technical production is appropriate and produces a WOW factor. We are not just singers, we are entertainers.

Shake, Rattle & Roll, an all female 50's and 60's show group was conceived by Tavie Spivey, fulfilling her life long dream to sing the "girl songs" of the 50's and 60's. She formed the group after retiring from a 27 year career in the US Army. In addition to Spivey, who hails from Gilmer, TX, the group members are Kathy Sutton, from Tyler, TX, Brenda Spencer, from Henderson, TX, and Spivey's sister, LeAnn Bemis, from Longview, TX. All of these talented ladies are in their 50's. Since their inception they have won first place at the largest doo-wop contest ever held in Las Vegas,the Cool Bobby B Doo-Wop Contest, leading to their first CD, released in 2008. Shake, Rattle & Roll entertains crowds with tightly harmonized songs and uniquely synchronized choreographed moves.
In 2010 the group entertained at 87 shows across the South. Their songs can be heard on XM 5 Satellite Radio's "Cool Bobby B Doo Wop Show", and on "The Street Harmony Review" show with Rich Rosen on KLAV Las Vegas.
Shake, Rattle & Roll is a self contained production with portable sound equipment, lighting and full backdrop. They are liability insured for one million dollars.

We travel with our own sound equipment (mixing board, power amplifiers, wireless microphones, speakers, monitors, laptop with music programming and music tracks) and sound technician, stage lighting ( two sets of four LED lights each on a light tree, controller and all DMX cables) and light technician, follow spot with operator and a portable backdrop which changes depending on the venue. We transport all of the above equipment including props to perform an entertaining show. Included in the price is all move in, set up, tear down and move out.