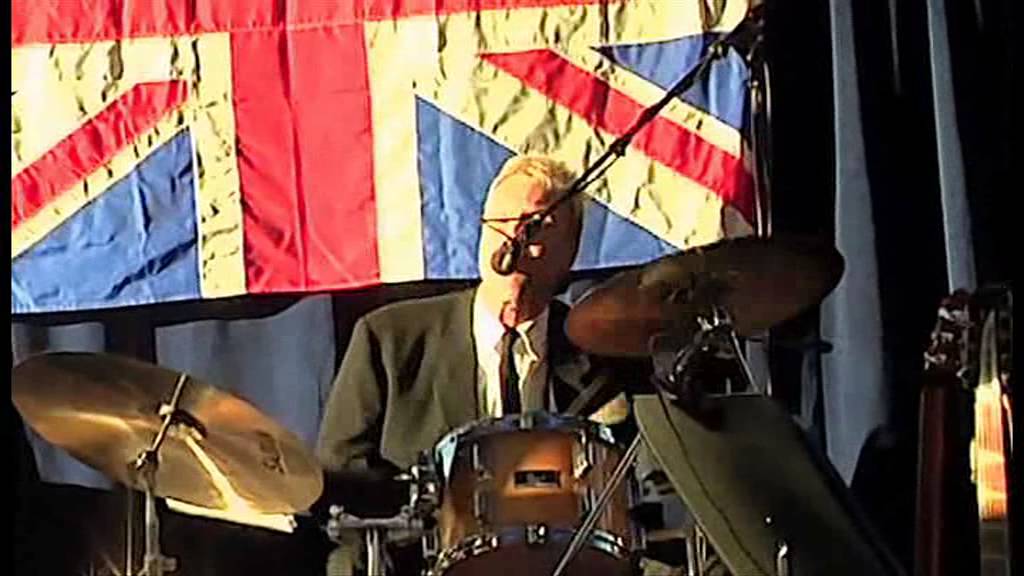 All My Loving
Sgt. Pepper 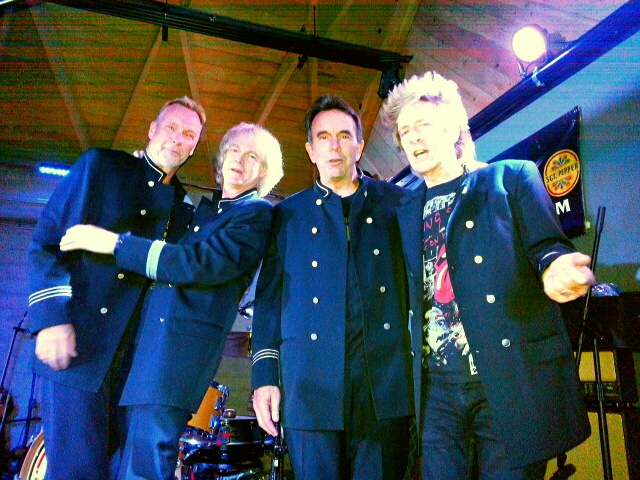 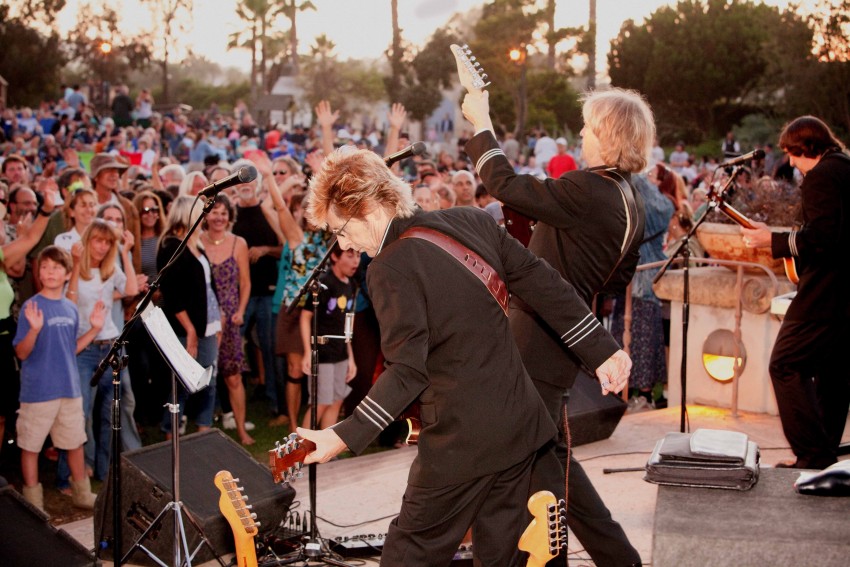 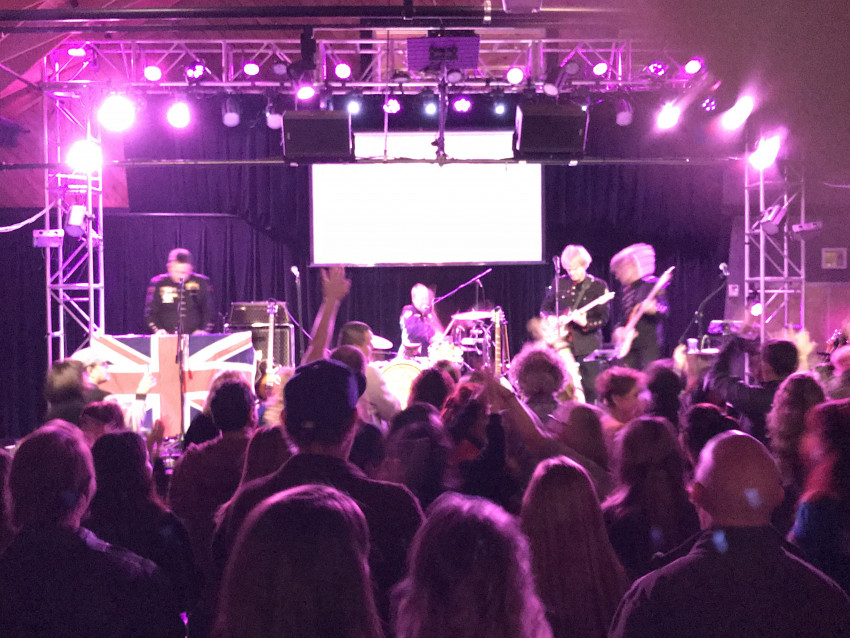 Be the first to review Sgt. Pepper

Sgt. Pepper performs three types of high energy shows, utilizing its members' superior musicianship and performance experience. Most of our gigs are all Beatles shows, in which we perform a history of the Beatles, including songs from each album. We also performed British Invasion shows, in which we mix in songs by other British Invasion artists, such as the Animals, Kinks, Yardbirds, Hollies, Badfinger, Stones, Herman's Hermits, Moody Blues, Dave Clark Five and others. Finally, we perform classic rock & soul shows that include songs by American artists. Because we have two great lead guitarists, we perform some classic double lead songs by the Eagles (Hotel California) and the Allman Brothers (Ramblin' Man, et al)

Rocking & captivating,.... Sgt. Pepper performs music by the Beatles and other British Invasion artists at festivals, concerts in the park, charity fundraisers, corporate events, wedding receptions & night clubs. Sgt Pepper’s members are well-known L.A. based musicians and singers who have performed with major recording artists, leading music agencies and/or other bands. They came together to form Sgt. Pepper out of a mutual love of Beatles’ music. Their timing couldn't have been better. Due to the release of Beatles Rock Band, the re-mastered Beatles catalogue and the 50th anniversary of Beatlemania, national interest in Beatles music has surged, proving once again that the Beatles are the most popular recording artists of all time, with fans ranging from teenagers to septuagenarians.

Tom Kolb plays lead guitar for Sgt. Pepper and sings lead and background vocals. He began playing guitar at the tender age of 11, soon thereafter forming his own band, The King’s III, which played school dances and parties around his hometown of Dublin, California. In his teen years, Tom’s bands competed with Dennis Jones’ bands for local gigs. (See Dennis’s bio)

Tom has been a professional musician his entire adult life. A veteran of over 6,000 live performances and recording sessions worldwide, he has participated in just about every musical situation imaginable. From the concert stage with Edgar Winter, Mark Lindsay, Jan and Dean, Mitch Ryder, and Tom’s own band The Gurus, to television (Bones and Glee), to intimate private jam sessions with a variety of artists (Tom Jones, Pete Seeger, Joe Walsh, and Steven Spielberg!), Tom has enjoyed a diverse performing career, to say the least!

Tom also maintains a successful teacher/author career. An instructor at the world famous Musicians Institute since 1989, he is also the author of several popular guitar instructional books and countless magazine articles. Tom is also the featured artist in a wide assortment of guitar instructional videos, available both in DVD form and downloadable on the web. See (link hidden).

Lynn “Skins” Coulter plays drums and sings lead and background vocals. Lynn was born in New Orleans, LA, and came to California by way of Jackson, MS, and Memphis, TN. He has recorded or toured with Leon Russell, Paul Butterfield, Dan Peek of ‘America’, Carole King, Helen Reddy, Johnny Rivers and Rita Coolidge. He has also performed with Mary Wells, Peter Noone (Herman’s Hermits) the Drifters, the Coasters, Bo Diddley, Little Anthony, the Shirelles, and the Marvellettes. Growing up, Lynn was not a fan of Beatles music. Instead, he was enamored of “soul” music, which better suited his gravelly voice and ability to belt out tunes. After joining Sgt Pepper, he experience an epiphany. Playing Beatles’ songs live turned him on to the appeal and power of the music. And Lynn’s ability to “belt” comes in handy on Beatles’ tunes such as “I’m Down” and “Oh Darling.” Skins may be the oldest member of Sgt. Pepper… but he is the youngest as an admirer of all things Beatles. His energy on stage is felt by all.

Dennis Neil Jones plays bass and keyboards in Sgt. Pepper and sings lead and background vocals. Dennis began his musical training with piano lessons at the age of five. At twelve, he took up the guitar. As a teen growing up in Dublin, California, he played rhythm and bass guitar in Bay Area bands throughout high school, often competing for gigs with Tom Kolb’s bands. (See Kolb bio) After enrolling at the University of Southern California, he studied piano and gave his first performance on that instrument during USC’s Songfest at the Greek Theater. At the end of his senior year, he formed the rock band “Home Cooking” which enjoyed modest popularity at several southland Universities. After graduating from law school and passing the California and Nevada bar exams, Dennis formed Tom Thumb & the Hitchikers in 1984. That eleven piece band is still going strong and is a So Cal favorite of many corporations, charities, private social clubs, country clubs, private schools and wedding planners. In 2003, Dennis started forming Sgt. Pepper as a tribute to the Beatles and other British invasion artists. His first call was to Tom Kolb, a friend of 40 years. He also enlisted Randel Kirsch, who had to bow out when he was asked to join the Beach Boys band. Dennis is passionate about Sgt. Pepper. “Mastering the Beatles music and vocals is no small task and takes lots of practice,” he explained. “But it’s definitely worth it when I see how much people enjoy hearing, dancing to and singing along with the music.”

Dennis lives on a small ranch in upper Ojai, Ca with a horse, two dogs and “too many cats.” He is a partner in the Ventura, CA based law firm of Myers, Widders, Gibson, Jones & Feingold, L.L.P. He was named a Southern California “Super Lawyer” eight of the last nine years.

Bill Horn plays guitar and sing lead and background vocals in Sgt. Pepper. Bill’s earliest musical influence was being a member of All Saints Episcopal Boys Choir from ages 11 to 13. Led by world renowned Choirmaster/Organist Jack Nobel White, they studied at the Royal School of Church Music in Berkeley and while on tour, performed at Disneyland, Air Force Academy, and Grace Cathedral in San Francisco, providing Bill with invaluable voice and ear training. Bill turned professional in 1974 with a group from Texas called Cahoots. During the ten years together, Cahoots played gigs from Hawaii to New York City and the five-state area around Texas until relocating to Malibu, California. There Bill learned studio engineering and did session work on guitar and vocals for his band and other studio clients including Daniel Moore (My Maria, Shambala), who took Bill under his wing and taught him studio production. From 1980 till the present, Bill has been a full time musician, playing Country, Rock, Oldies, Cajun/Zydeco and casuals. His band spent three years as the House Band for the Disneyland Hotel’s “Neon Cactus” and performed for local and international crowds. His country band, “Fort Worth West” released their debut CD on DJM Records and can be found on the Internet and record stores nationally. Fort Worth West was awarded the 1999 European Country Music Association’s BAND OF THE YEAR. In 2006 a new and challenging opportunity came Bill’s way. He was invited to play the “Dickie Betts” role in Southbound, a stunning tribute band celebrating the music of the Allman Brothers. In 2010, Bill joined Sgt. Pepper, returning to the music that inspired him in his youth. “Beatles music is so fun and full of energy” Bill says, “that people just go crazy when they hear us. I can’t wait until our next gig!” (link hidden)

For most of our gigs, pro sound is provided by our clients, such as the cities who hire us to perform summer concerts in the park. But our members own several P.A. systems, including a big system with subwoofers that can provide outdoor sound for up to 2,000 people. We can provide sound for an added charge. We are not a strict tribute band, in that we generally do not wear wigs or affect British accents. Nevertheless, we provide a Beatles experience, with Rickenbacker guitars, Hofner bass, Vox amps and Beatles or Beatles inspired costumes. In the alternative, we perform British Invasion shows, in which we wear suits with black ascot ties and -perform songs by most of the British Invasion groups.

Here is a set list from a recent "All Beatles" show:
All My Lovin
I Want To Hold Your Hand
I Feel Fine
You’re Going To Lose That Girl
I’ll Be Back
From Me To You
Please Please Me
A Hard Days’ Night
You Can’t Do That
Ticket To Ride
Here Comes The Sun
Strawberry Fields
Taxman
Get Back
Paperback Writer
She Loves You

SET TWO
Sgt. Pepper LHCB
A Little Help From My Friends
Day Tripper
Nowhere Man
Eight Days A Week
Lady Madonna
Lucy in the Sky
Hello Goodbye
I Should Have Known Better
And Your Bird Can Sing
Get Back
Come Together
Help!
I Saw Her Standing There
Revolution
Twist & Shout
Back In The USSR

We generally provide our own instruments and amplifiers, but for out of state gigs we can provide a list of amps we will need. For most of our shows, our clients provide P.A., but our members also own several P.A.s, so we can (for a reasonable added charg