Flight of the Keys 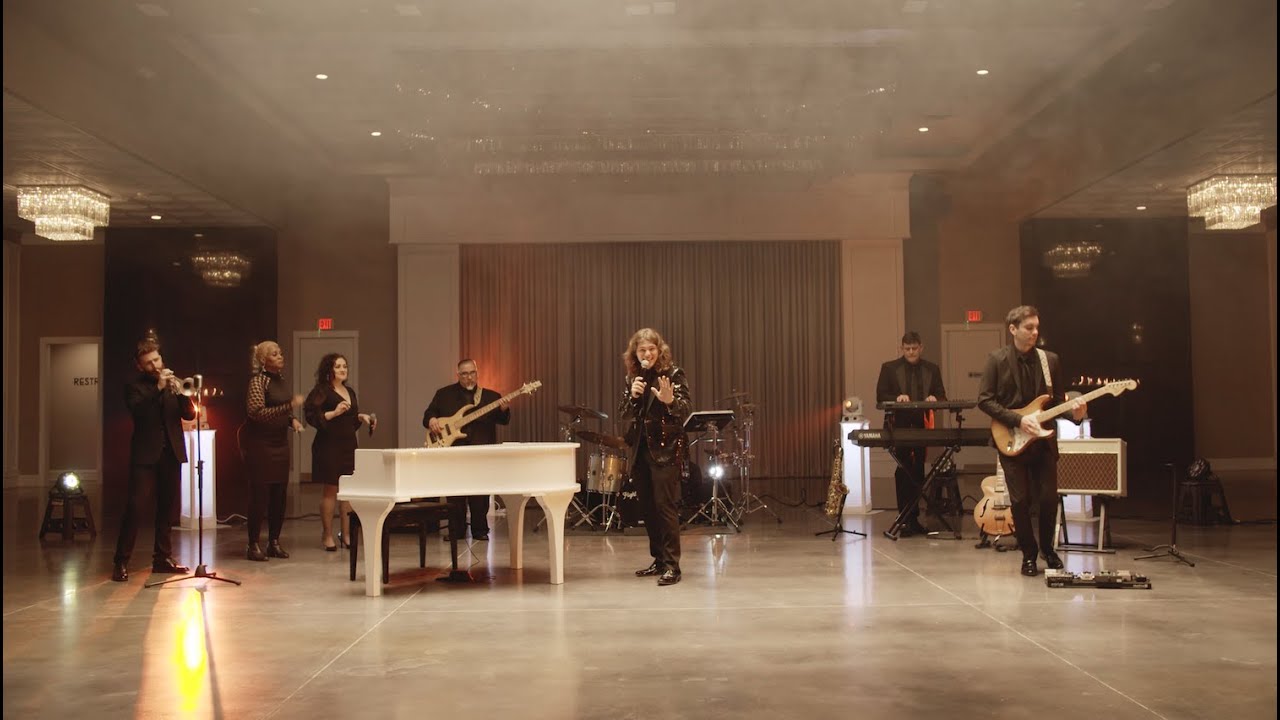 Flight of the Keys Promo 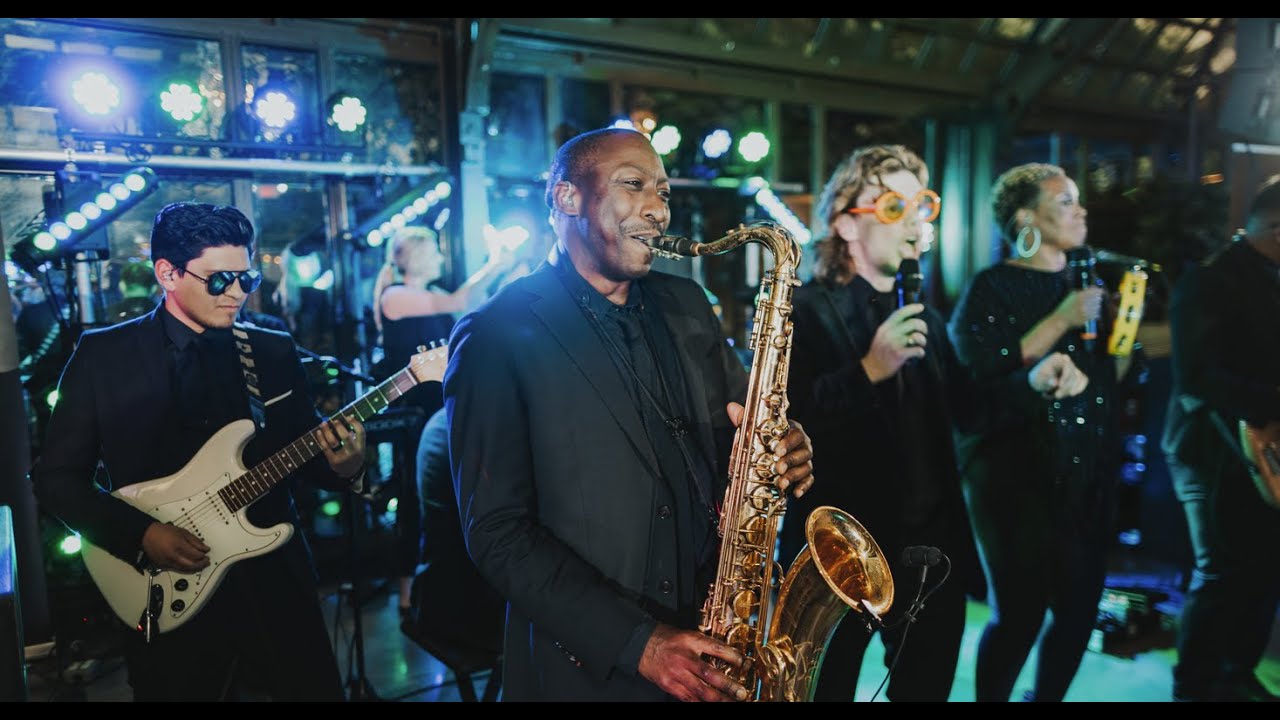 Flight of the Keys | Full Band! 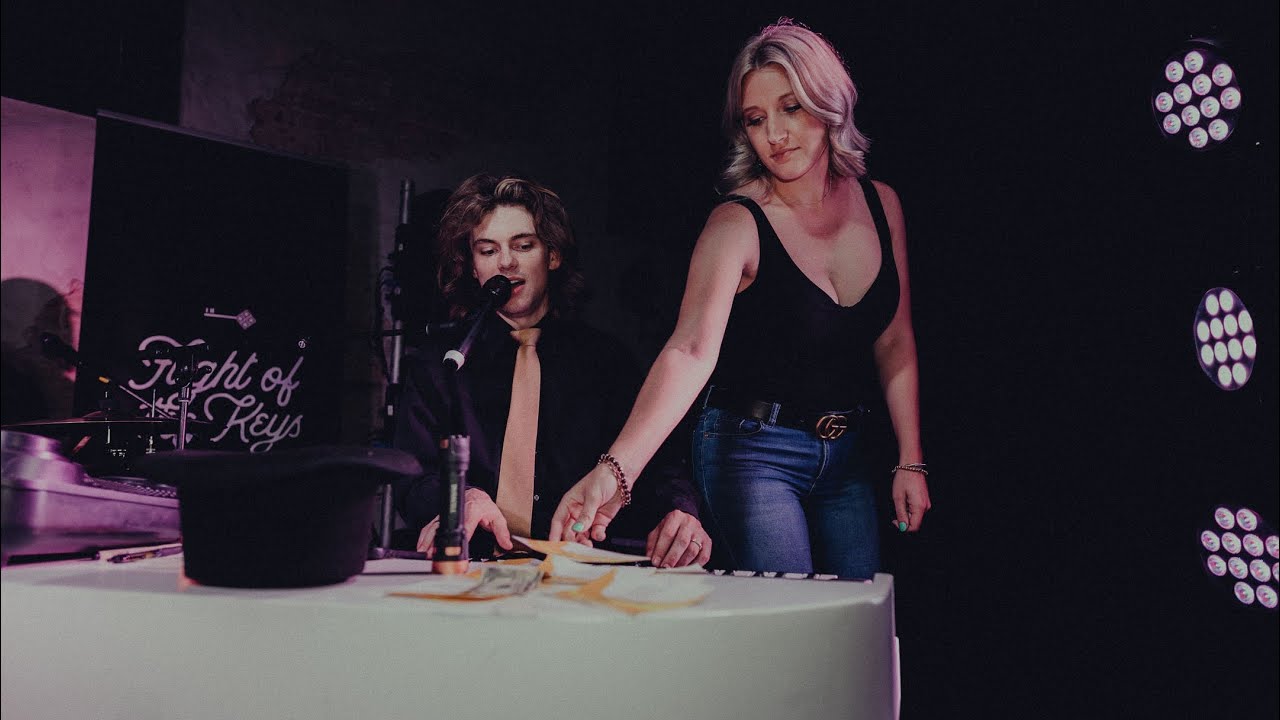 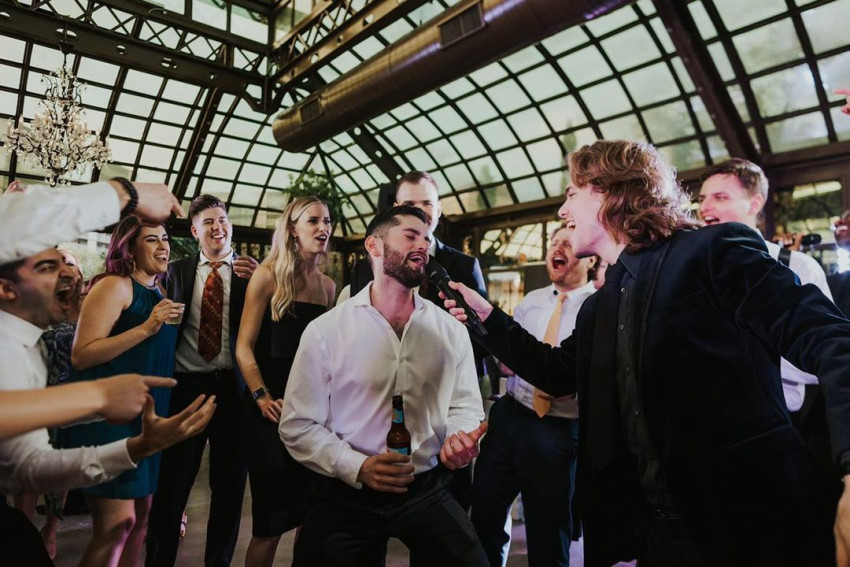 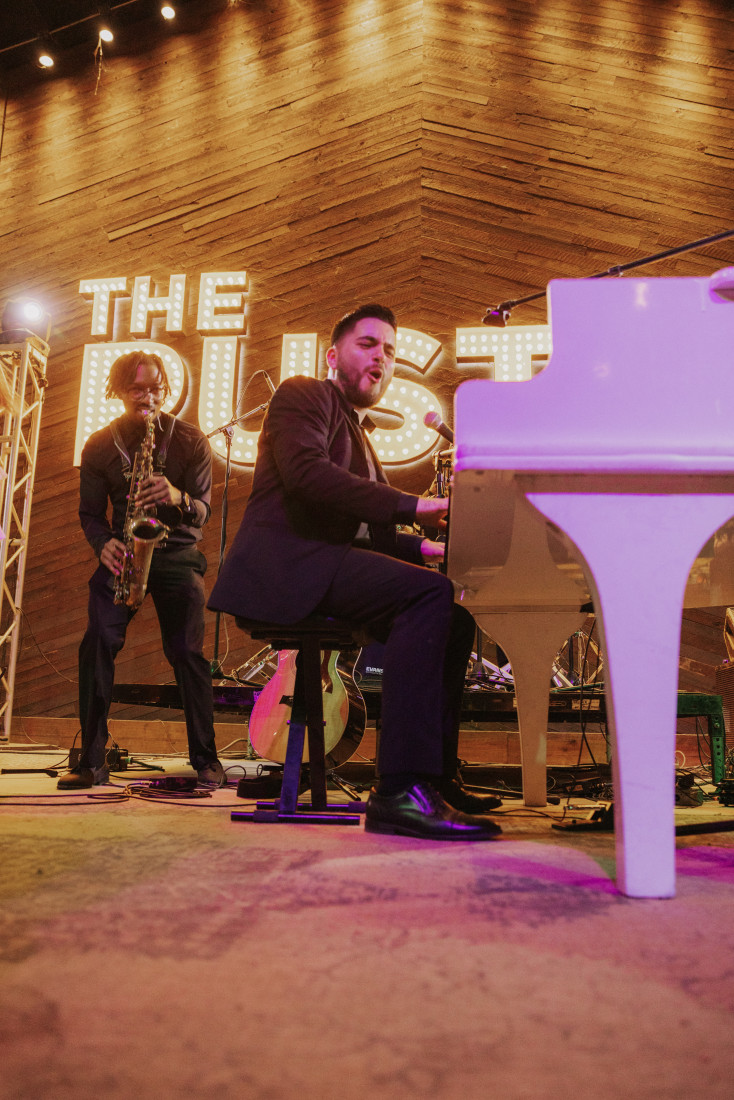 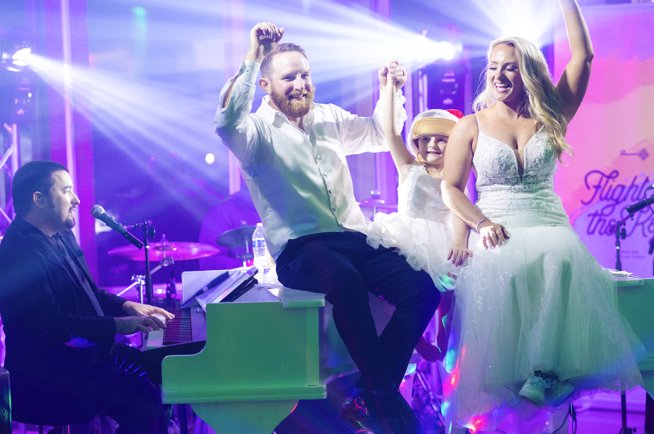 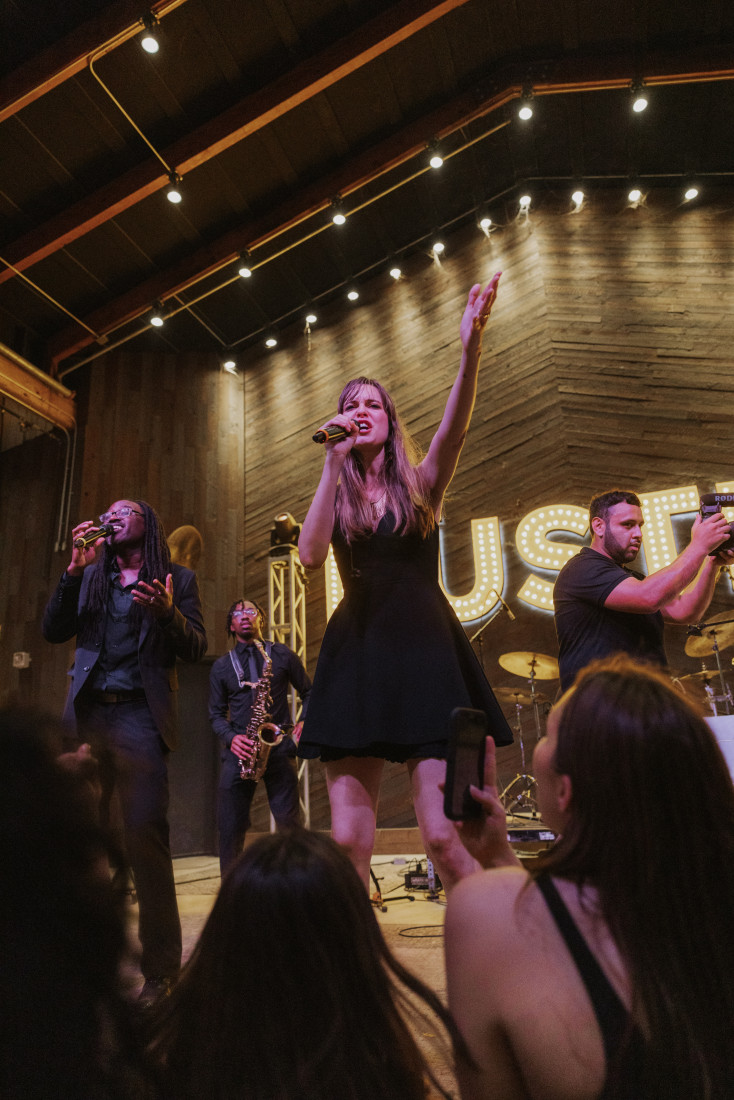 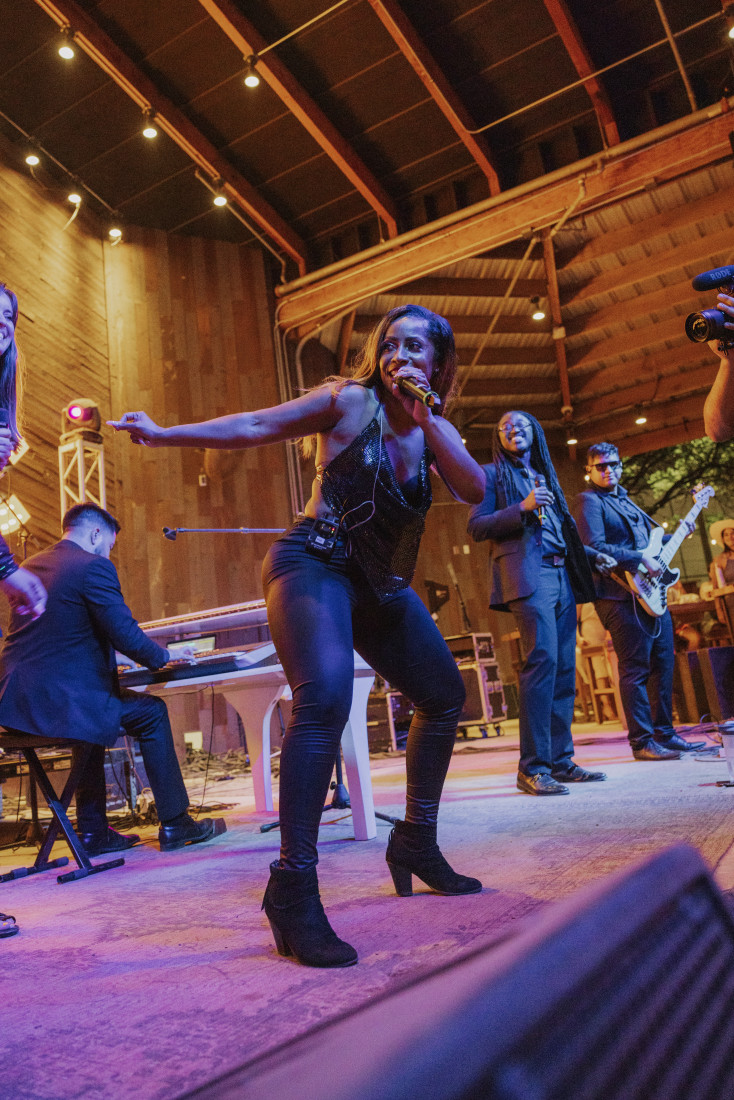 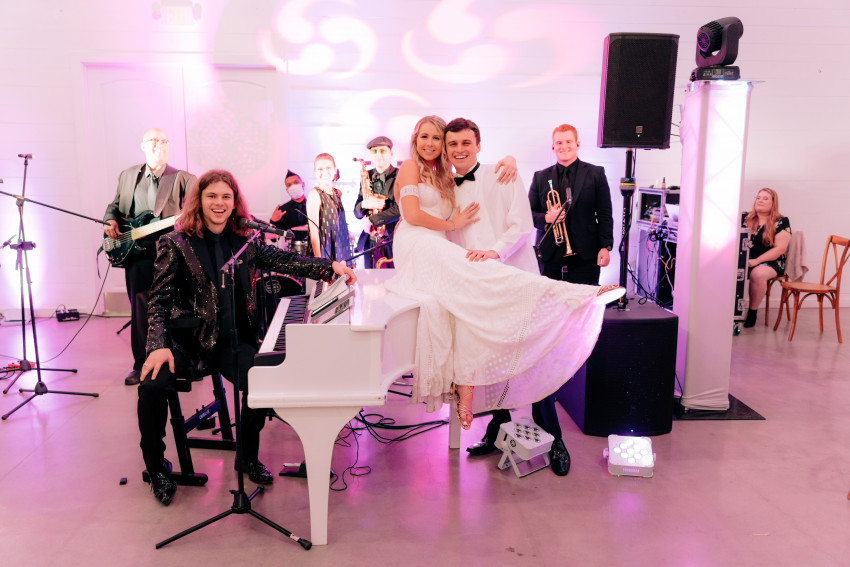 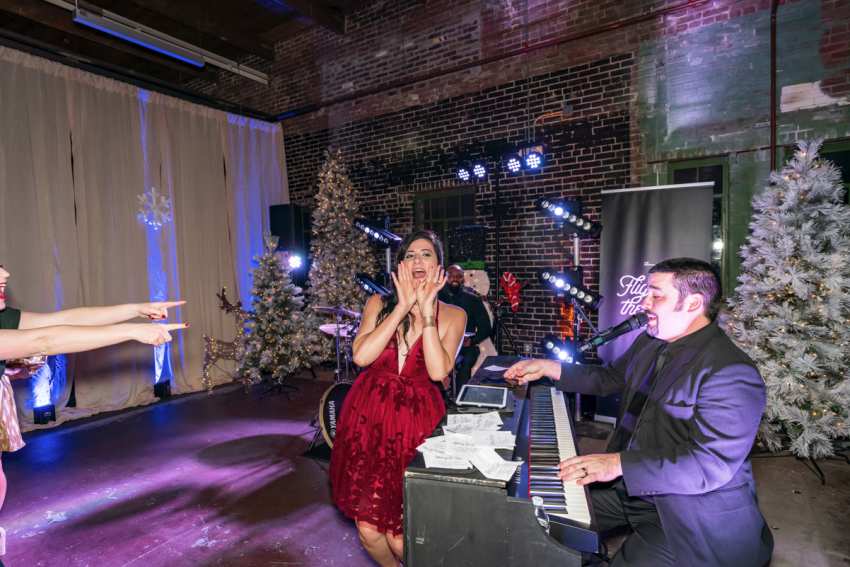 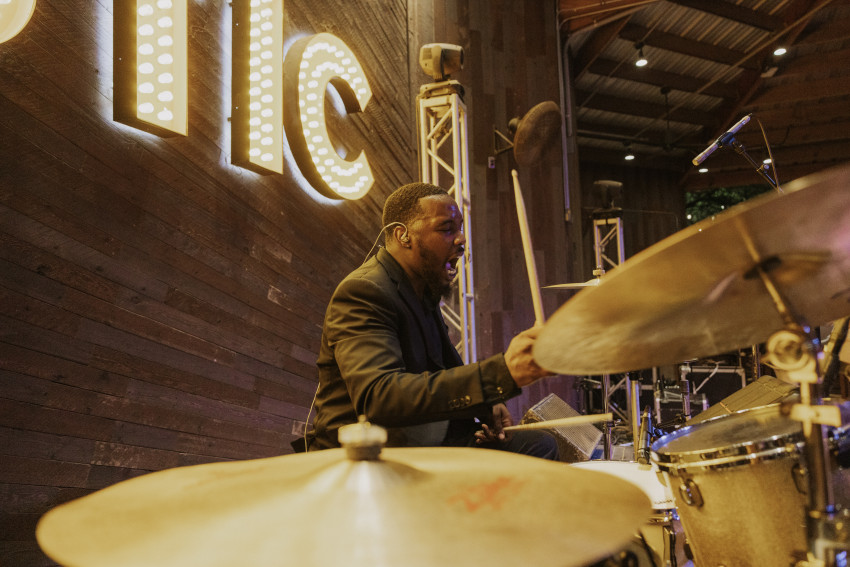 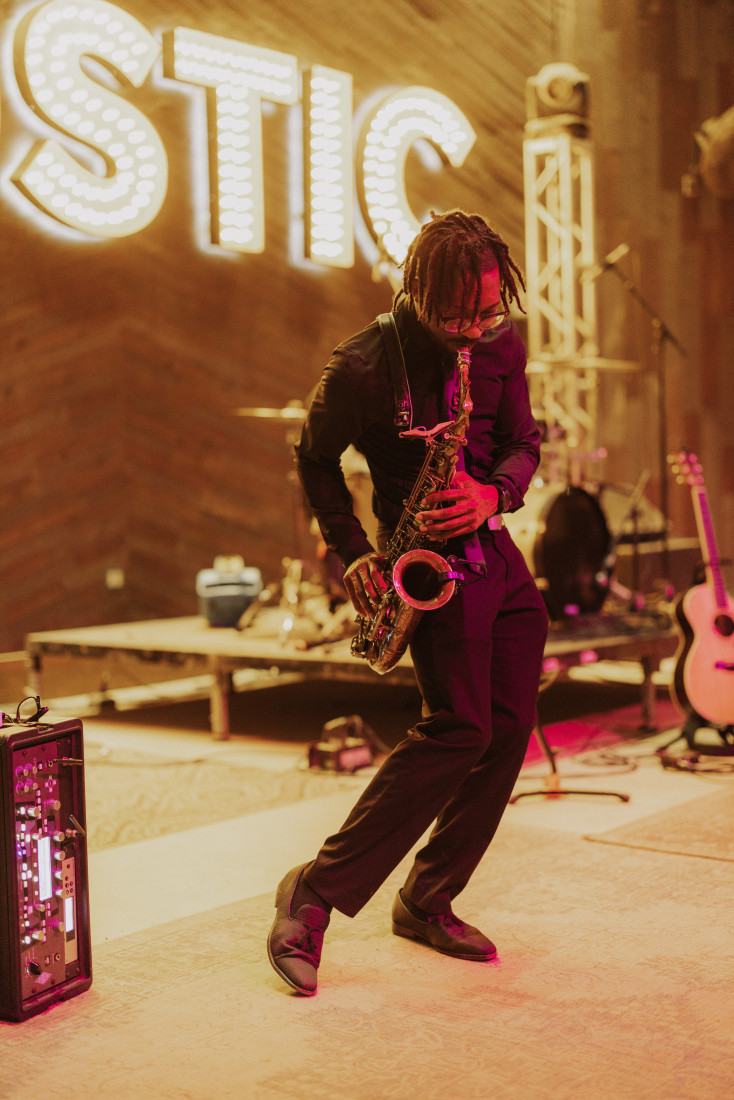 It’s your day, we’re your band! From one musician to 15+, Flight of the Keys customizes our band to make your live music dreams and wedding entertainment a reality. We bring the best musicians from the Houston area to your wedding so you can relax and live in the moment. Your day is about YOU — but we’ll be there to set the atmosphere, keep guests dancing, and make your night unforgettable.

We know thousands of songs and can create a personal, customized band arrangement and playlist based upon your vision. From the Classics to Top 40 and more, we’ve got you covered.

Why us? We LOVE special events, and we know your day is just as original as you.

Life of the PARTY

Flight of the keys was one of the most complemented elements of our wedding! Sean brought so much energy and excitement to our cocktail hour. He had everyone dancing and laughing effortlessly, including relatives that I didn’t know were even capable of dancing? He truly has a knack for entertainment. In addition, their photography and videography services were excellent. Edgar was a fan favorite of the bridal party. His professionalism and ability to make us feel so comfortable made our pictures look so authentic and real! His turn around time was quick and we will cherish the pictures he took forever. Camille flawlessly captured key components of our day and seamlessly edited it together into a beautiful video. She was so kind and worked very well with Edgar to ensure she obtained the footage she wanted. We truly can’t imagine our wedding without Flight of the Keys. If you need music, photography, and/or videography to take your wedding or event up a notch… choose FLIGHT OF THE KEYS! You’ll be glad you did.

Flight of the Keys knocked my wedding out of the park! I am still in awe of their professionalism and attention to detail. Their music was amazing and their performance they got the crowd so excited. Everyone was dancing! Everyone was so incredibly talented it was hard to pick a favorite band member! I highly recommend splurging for the large band! It was so worth it! We were blown away by how amazing that band and the piano was! I need an excuse to have another event to have them play!

Hey Lauren! Thank you so very much for this beautifully written review. It was such a pleasure to honor you on your day! 💛

Flight of the Keys and Sean are an incredible band- they were 1.) extremely talented, hands down some of the best music I've heard 2.) extremely accommodating with the numerous changes we had throughout our wedding 3.) incredibly professional, kind and communicative, working closely with our other vendors 4.) made sure that my husband and I were stress-free and enjoyed our big day and 5.) customized our musical set, even learning a brand new song for us with limited notice. It nearly brought me to tears how much they care.

We had a large ballroom with nearly 600 guests, but Flight of the Keys some how made it feel like an intimate event, I cannot tell you how much of a difference a performer like Flight of the Keys makes for an event. The sheer ENERGY they brought heightened our event and made it all the more fun, coupled with the incredible vocals and musical talent (they are definitely going to win a Grammy soon)-- this band is the absolute best.

Sean is a tenacious, kind, and passionate human who works harder than anyone to make sure his clients are happy. I was constantly impressed by him. I would 100% recommend them to anyone looking to have a good time.

Look no further, hire them today!

Mosum! Thank you SO much for such a detailed review. We are so appreciative of the opportunity to be a part of such a special day with you and your husband. We wish you the absolute best, and are grateful to have met you, Umang, and your family/friends!

Sean and his team made my wedding day that much more perfect! Sean is a pleasure to work with, he is very kind and professional, and genuinely cares about your special day. The actual musical performance was flawless, I couldn’t have asked for a better experience!

Thank you so much Toni! We appreciate the opportunity to be a part of your special day.

This band will take your wedding/event to the next level!!

Sean is professional and accommodating, and the band is crazy talented!! Everyone at our wedding raved about the band- it was basically a private concert! They learned songs at our request and we picked everything they played… it was such a treat to see my new husband “skank” with his family and friends to some ska music!! Bohemian Rhapsody sing-along with all your family and friends = best experience ever!! Flight of the Keys was SO worth it! Two thumbs up, 5/5 stars, 10/10 rating- if you’re considering booking them, DO IT!!

Thank you sooooo much Lauren for your kind words. It was such a blast to be a part of such a special wedding!

I booked Flight of the Keys for my White Linen Night party in the Houston Heights. Sean was professional, thorough, and accommodating. The band showed up early to set up and rehearse. All band members were kind, polite, and so talented! Flight of the Keys even provided a sound manager to make sure all of the electronics were working correctly and that we didn't go over the legal sound limit. I received so many compliments from my guests--Flight of the Keys was a hit! I can't wait to book them again next year!

Flight of The Keys made our wedding a blast!

We hired the Flight of The Keys Band for our wedding down in Galveston, TX and they performed above and beyond our expectations! Sean and his band made our wedding night an absolute blast, we had numerous guests tell us afterwards how much fun they had dancing and singing all evening long. Sean worked with us to curate the right music set, pick out first dance songs, and entrance and exit songs too. Sean really ensured everything ran smoothly from getting our officiant a mic to announcing photo groups, tables for dinner, and really getting the crowd moving. Sean met with us before the wedding and talked us through lots of decision making to make sure the wedding schedule was planned out just right! Really, really pleased with our choice to go with their live band for our wedding, the Flight of The Keys made the evening unforgettable for us and our guests. I can't emphasize enough how much fun we had dancing to their music for hours!

They were prompt and prepared. Nothing but good reviews.

Sean is the “BEST” hands down! If you are looking for someone or something to make your party or special
Event fantastic.........look no longer!!!!!!!!! You will not find a better showman, a better entertainer, a more flexible pianist or just a more all around fun guy! He’s the best! I will not hesitate to hire him for my next
Party . Thank You Sean.....you are the greatest and I will be calling you to entertain again!,,
Sharon S., Temple, Tx

Sean was on the ball with everything. Communication was great. Entertainers were professional and talented. Completely happy with them for my wife's 50th birthday. All the guests loved it too.

So glad your entertainment was what you were looking for! Can’t wait for the Christmas party!

Sean and drummer Daniel did a fantastic job for my wife's birthday party. The talent was on point, the song list was amazing, Sean was engaging with the crowd, and everyone danced until the lights went out. We'll definitely be asking him to play at future events!

Thank you so much for your kind words!! We loved being a part of your wife’s special day!

Everyone is still talking about our event!

Sean did an amazing job at our Valentine's Day party! Everyone wanted him to stay longer, even those that usually leave early. He was not only fun, but really talented. He was able to be entertaining for all age groups. I look like a genius for finding him.

Seamless production and the party of a lifetime

With dramatic use of audience participation and exceptional musicianship, we provide an experience that time and time again has people on their feet.

Our show is fun-filled and completely immersive. On each table, request slips will be laid out for guests to write their favorite song suggestions for the musicians. They then lay the requests directly on the piano. From Frank Sinatra to Cardi B and back to Bon Jovi, the duelers dazzle customers with heavy usage of sing-along and memorized tunes. To add to the experience: the entertainers call up those celebrating special events to the stage to celebrate with memorable dances/sing-alongs.

Born in the 90’s with influences of Whitney Houston, Celine Dion, Daryl Hall, and many more, Sean Cowin was raised on music that was meant to change lives. In grade school through high school playing in jazz ensemble, marching band, symphonic band, and singing in choir, Sean’s exceptional love for music grew strong. Sean won many honors at State Competition’s and had the great honor to play with Bobby Floyd.

Nothing grew his talents more than being raised in church as a boy. From leading worship to playing with many influential gospel singers, he knew that music would be what he would do for the rest of his life.

Sean’s education began at Lee University and then continued at Missouri State University studying Vocal Education. While at Missouri State, he played in one of the best Jazz ensembles in the country and did a great amount of traveling during that time. During his time with the Jazz ensemble, Sean had the opportunity to play with Pat Coil (Amy Grant’s Pianist) and learned much beside him.
Sean’s life completely changed when he began learning sing-along at Ernie Biggs in Springfield, Missouri. It was there that he began to develop a love for a different kind of entertainment. From Ernie Biggs he went to Pete’s Dueling Piano Bar — world famous for their sing-along experience. Since moving to Houston, he’s had the opportunity to play at a variety on venues, greatly expanding his entertainment experiences.

Sean’s love for education and music has also brought him to teach lessons. Sean has taught over 60 students in Voice, Piano, and Saxophone. His love for music is admired by the Houston metropolitan area, as well as much of the South. He regularly performs at Sing-along venues, and in cover bands and trios. Sean’s excellence in diversity makes him a true musician. He has no greater love than to create music that defies the sands of time.

We have no technical needs! We bring everything that we need!

An evening with Flight of the Keys is a 100% custom experience! It's YOUR day, we are YOUR band! We play the music you want to hear!