Irish Ballads, Songs & Stories
And
A Mix of Old Favorites!

Thank you, Susan! I had fun as well!
Please give my best to all the Eagle House Gang!
Séamus

A lovely strong voice and quite the entertainer. Really connected to the audience.

Is This The Holiday Inn Shamus?

If this is the Holiday Inn Shamus if the early 80's then go see him!! He's a great storytelling guitarist. I miss you Shamus.

Wow Bob, Yes this is me! Still singing! How are you and things in Key West?

-From the “Land of Song” to the “Land of Liberty”
-From Ireland to America-
-Ballads, Songs and Their Stories-
With Seamus Pender

Seamus is a professionally trained baritone who has performed his special blend of
songs and stories in colleges, schools, libraries, museums, churches, pubs, coffee houses, and concerts throughout the United States.

Seamus has been heard at John Barleycorn’s in NYC, The Emerald Isle in Chicago, The Purple Shamrock in Boston, The Abby in New Orleans, The Driftwood in Lake Tahoe, Billie’s in Key West, The Irish Brigade in Kansas City, Matt Kane’s in Washington DC, McGrath’s in Killington VT, Mull’s Portland ME, Muldoon’s Providence RI, The Plough & Stars, Cambridge MA, The Canadian Club, Miami, and many, many, MORE!

Seamus studied voice at the Tennessee Williams Fine Arts Center in Key West, Florida, at The Bright Lights Vocal Jazz Workshop at The University of Massachusetts and with the Roy Hart Theater.

Seamus is a collector of songs, a “Song Catcher,” specializing in the ballads, songs and lore of Ireland, but he also draws his rich repertoire from Scotland, Australia, the British Isles, and North America. Although he is steeped in the “Irish Song Tradition,” he often includes a wide variety of material in his programs that ranges from “The Great American Song Book” to “Country-Western” from Sing-a-Longs to Broadway Tunes; from Comic Ditties to Murder Ballads; and from Old Favorites to Work Songs and Sea Shanties.

Seamus not only sings the songs but tells their story by providing their histories and explaining their meanings. His shows are educational, entertaining and informative.

Seamus always encourages his audiences to join in the fun by clapping, singing along and by sharing a song, a story, a poem, or a toast and he is always eager to honor requests and to collect new material.

Seamus holds a Master’s degree in Creative Arts in Education and is a Senior Lecturer in the Humanities at Franklin Pierce University, Rindge, New Hampshire

Seamus is a recipient of numerous Massachusetts Art Grants and the Professional Development and Performing Artist Award from The Massachusetts Cultural Council and The Elder Arts Initiative. He is a long-time member of The American Conference for Irish Studies and Ceoltir ireann Comhaltas (Society of the Musicians of Ireland).

All your Irish favorites! 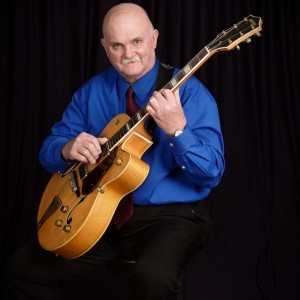 Rhonda said “Doc was very professional, arrived early and he made great suggestions. Doc created a playlist that was classy, relaxed and joyful. He and his beautiful…”

Kameron M. said “I hired Julie and company to record group vocals on a song of mine at their home studio. They memorized the parts quickly and gave a great performance,…” 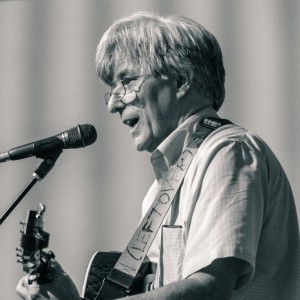 Jenny F. said “John played at my store for a couple hours. He sounded great and was very thoughtful and intuitive. Hope to have him back soon.”