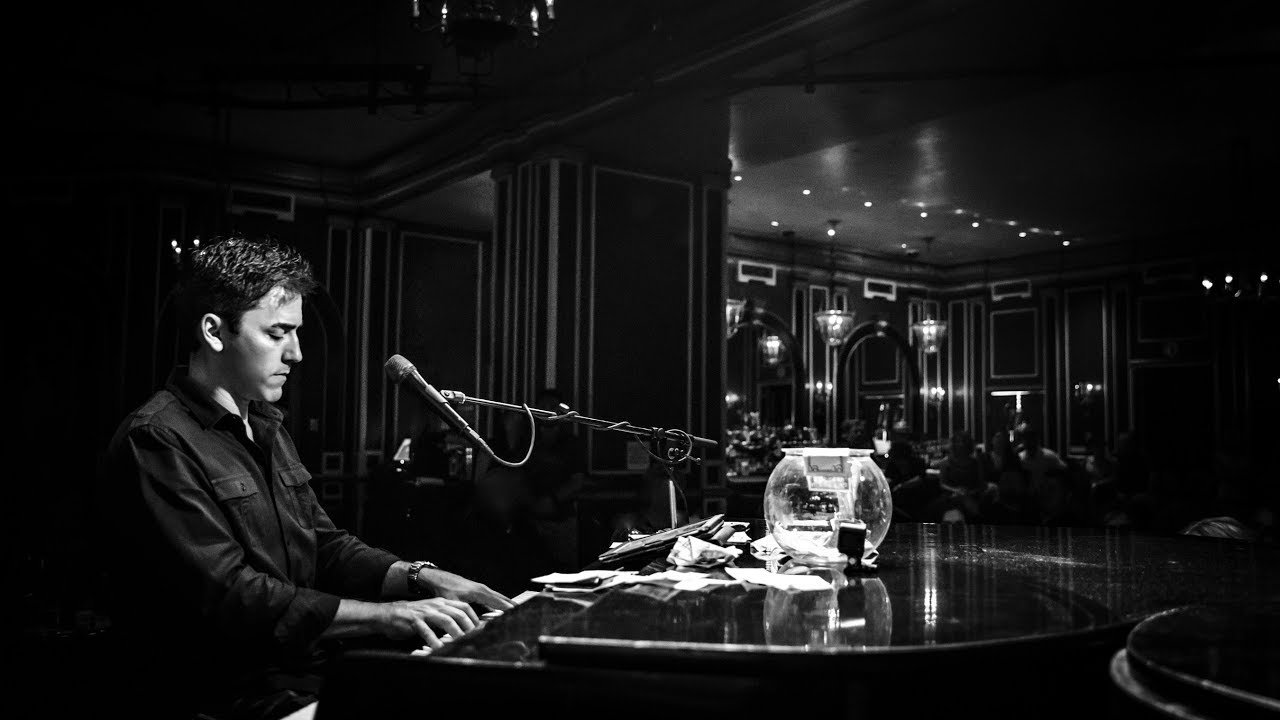 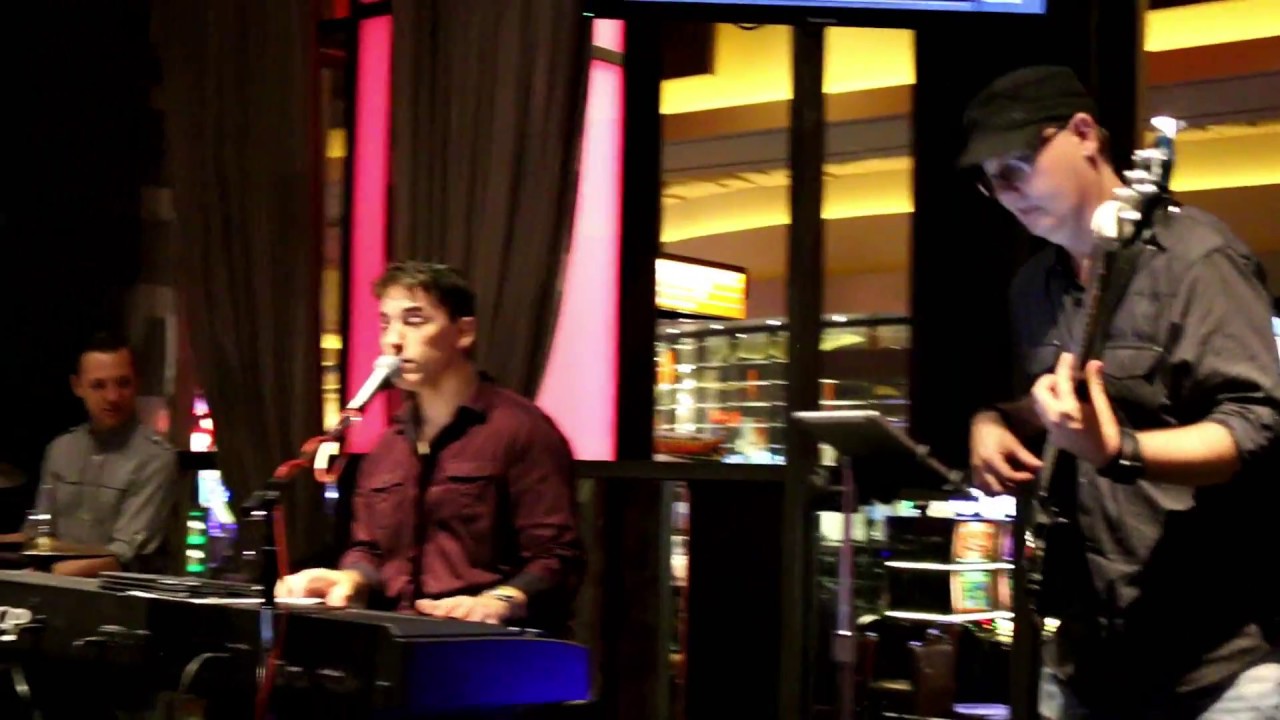 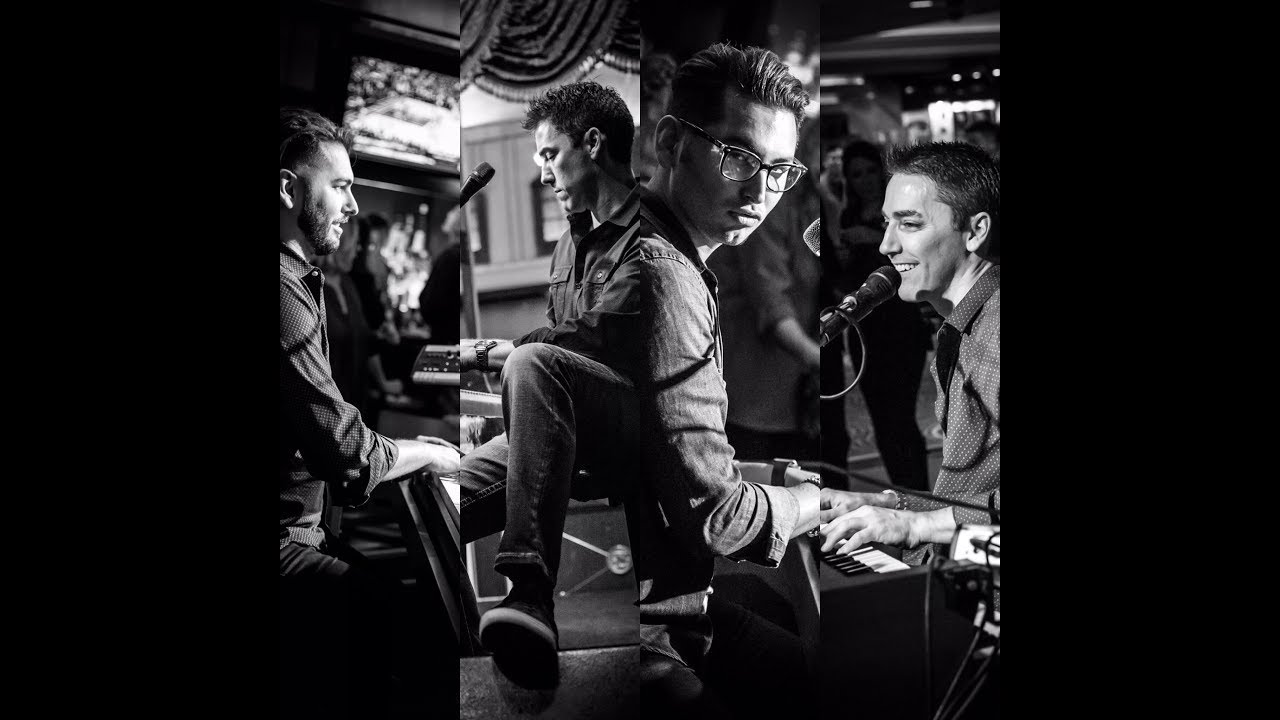 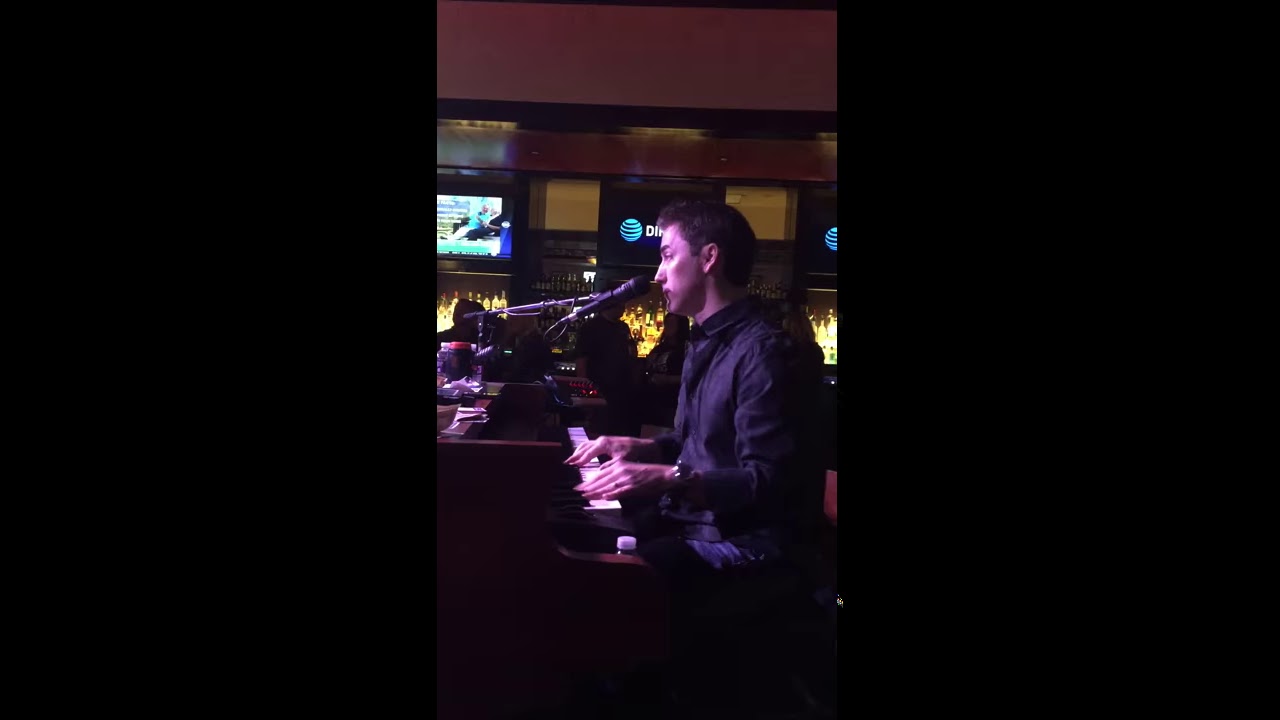 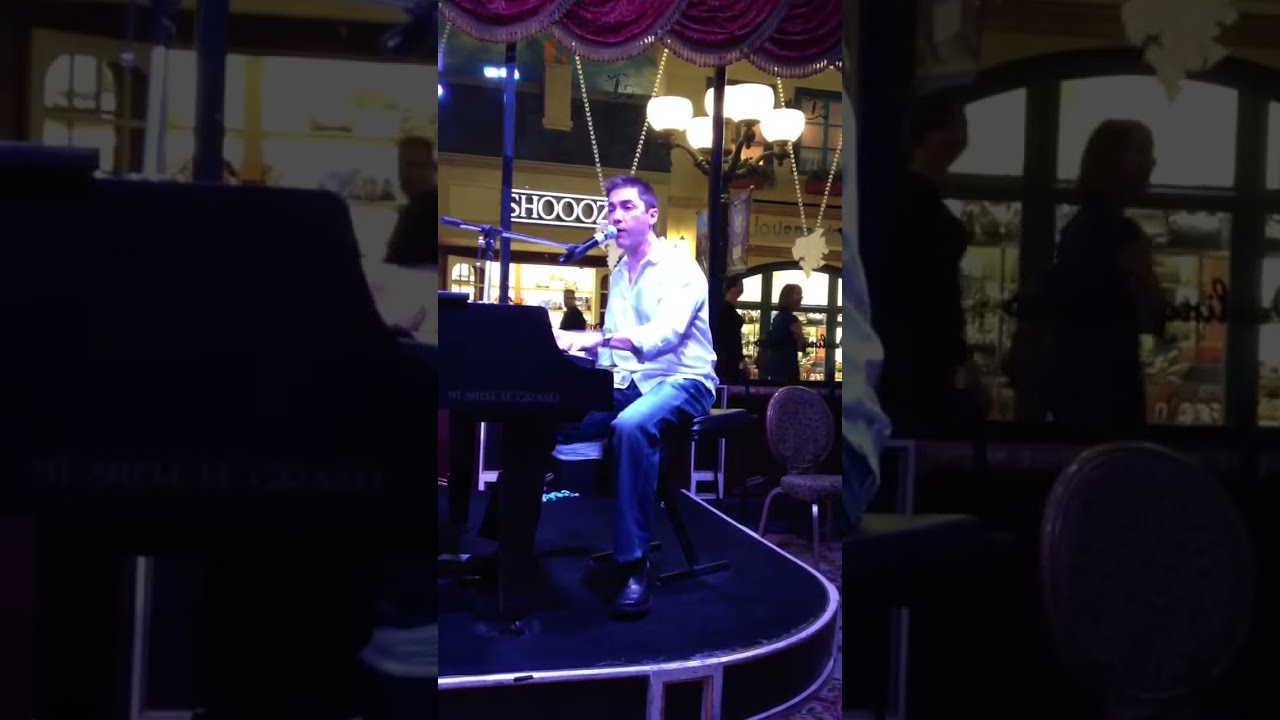 You Shook Me All Night Long - ACDC 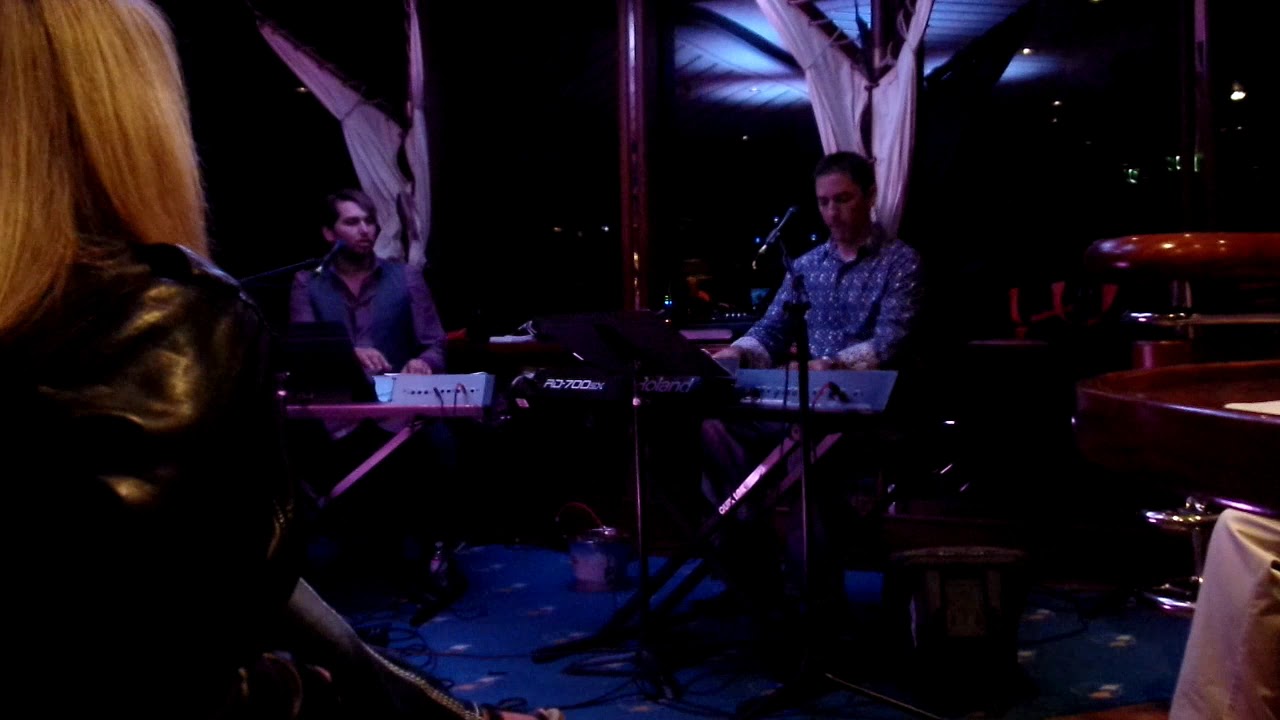 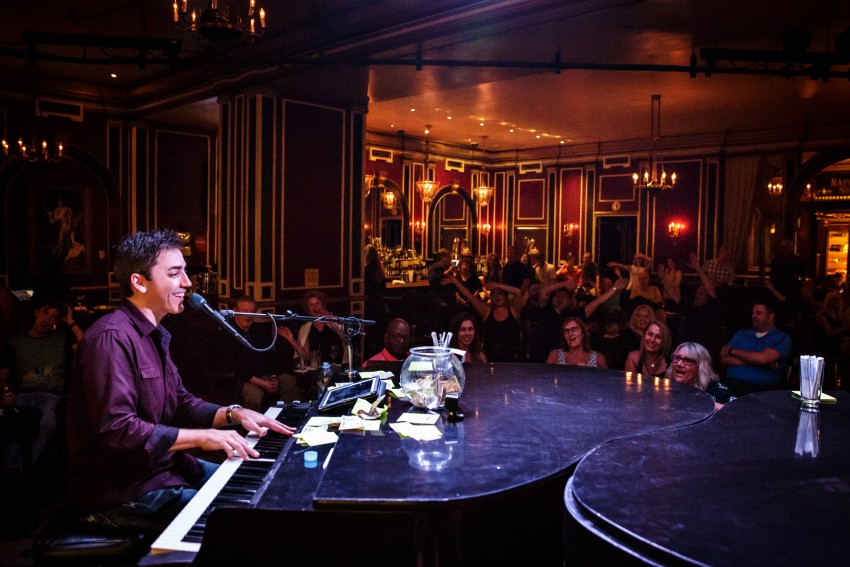 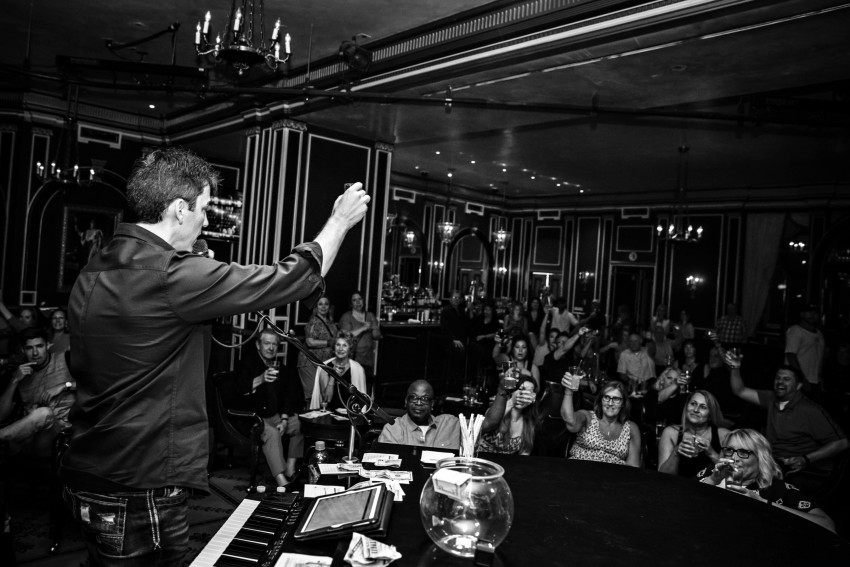 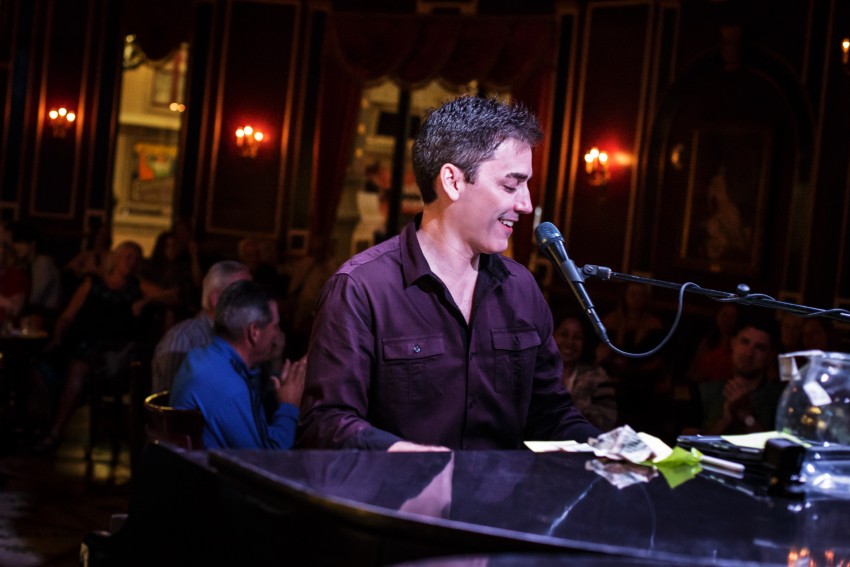 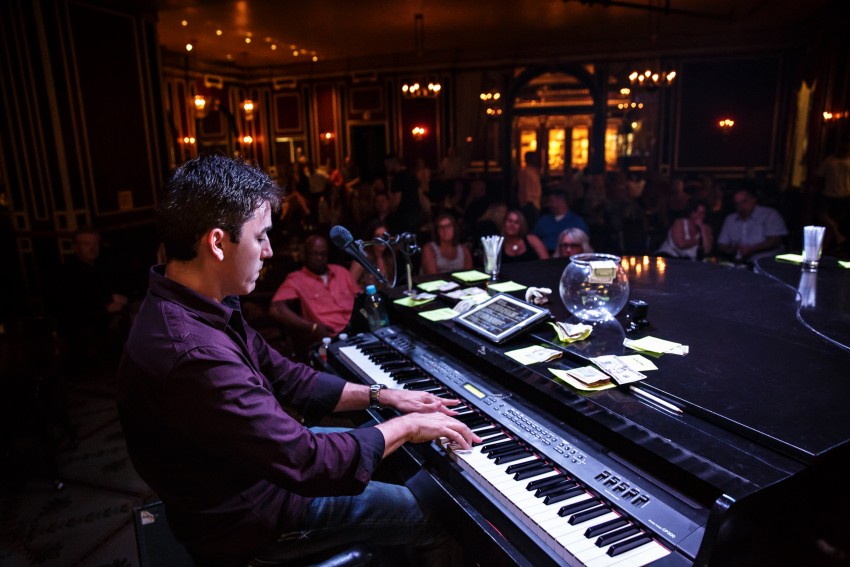 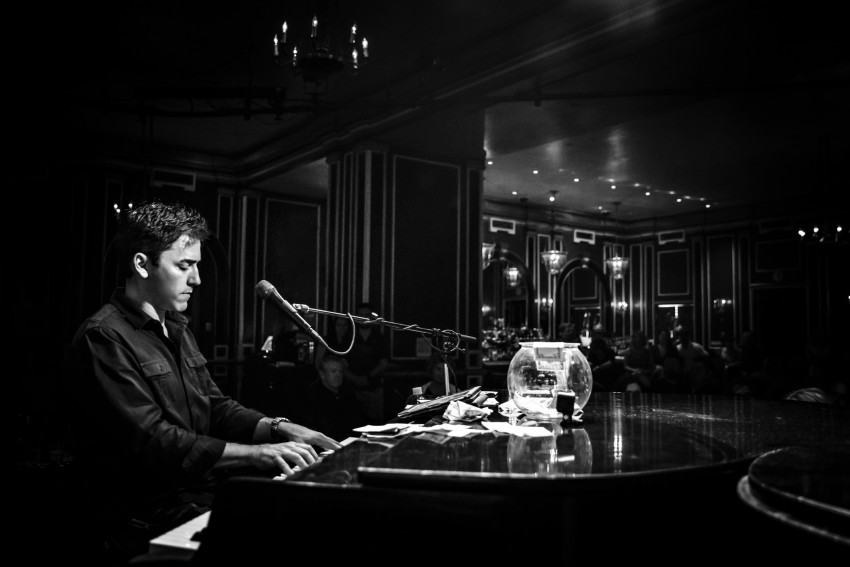 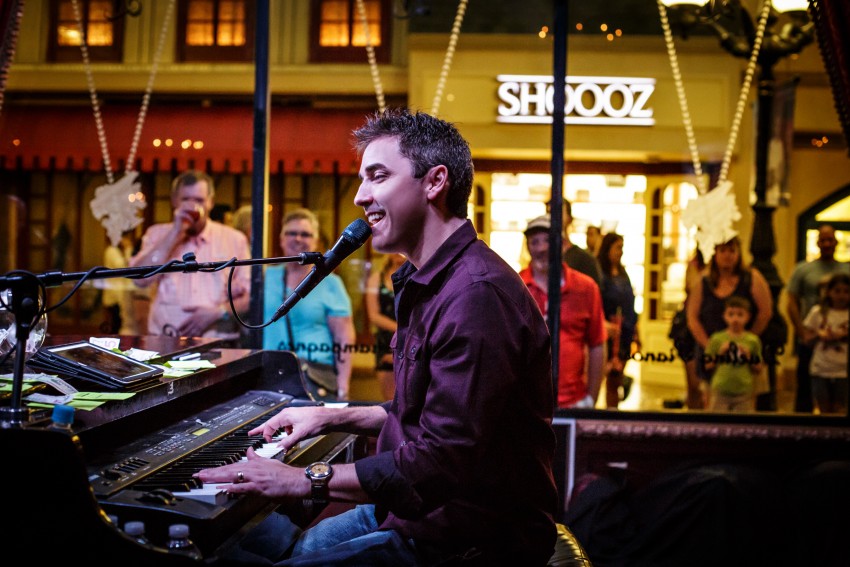 Scott has been a full time Las Vegas performer for 14 years working as a pianist/vocalist and currently Scott performs 4 nights a week at the Encore Casino in the Eastside Lounge.
There are three things you can rely on with Scott ... Talent, Versatility, and Experience!

Whether you have a small gathering at your home, a corporate event, or a performance in front of 1000 people, Scott provides with his vast repertoire of songs and musicians he works with. He performs all types of music.

Scott can perform as a Solo Pianist, Duo, Trio, Band, and also offers a Dueling Piano show as well.
With Talent, Versatility, and Experience, Scott can fill all of your entertainment needs.

Scott was awesome! He’s a true professional. I’d hire him for any event. Our group pitched sing along songs at him, some obscure, and he was able to play them with ease.

Gregg, thank you very much. You guys were so much fun!

Scott was wonderful and provided the exact vibe we were shooting for during our cocktail party for our clients. He was punctual, talented, and very easy to work with!

Excellent band to work with!

Scott Nicholson absolutely exceeded my expectations. His energy and charisma illuminated the stage at our corporate reception. Scott understood our audience and created the perfect vibe I was looking for. I will definitely keep him on my radar for future events.

Thank you so much, Scott, and your incredible bassist and drummer!

Thank you very much Madison. You were a pleasure to work with!

Scott was a perfect fit for our cocktail party. He was on time, professional and friendly. We will definitely hire him again for future events. His music was great and all the attendees really enjoyed listening. Thank you Scott!

We recently had the pleasure of having Scott play at my husband's 60th birthday party. The evening started with Scott just playing piano and then moved on to his keyboard and sang. He was fantastic and all of our guests loved him. We enjoyed his music so much that we asked him to stay a little later and he graciously agreed. He is a very accomplished musician and very professional. Scott exceeded our expectations and we are looking forward to having him perform at our next party.

Thank you Bonnie. You guys were a pleasure to work with.

We are so happy that we chose Scott to play at our event!! He is so talented, personable, engaging and an absolute delight to be around. He took requests and made our event sooooo much fun! Would absolute hire him again without question!

Scott was AWESOME! He is a nice gentleman who made my poorly tuned piano sound like a professionally amped instrument. He is NOT an amateur!! The setup/break-down was quick and easy. His equipment was perfect for my outside event. He easily fulfilled my guests musical requests.

Thank you very much Constance. You guests were extremely nice and a lot of fun!

Scott was the only musician that responded to my urgent request for a musician at funeral services. Regardless that he had not done a memorial event before, he was willing to help me out; my deceased Mother loved the piano and live music so this was a very sentimental request.
Scott and I did not have much time to plan or meet about the event, but he took my emails and requests and prepared the day before - and did a Wonderful job! He opened and closed the services with one of my Mother's favorite piano pieces and sang a few vocal numbers we had wanted at the appropriate times. He then entertained the guests during a dinner reception for another 2 hours or so.
I got nothing but compliments and requests for his contact information... and I have nothing but deep appreciation for his service at a difficult time! I hope my referrals and compliments may bring him some business in what may be a difficult time for musicians in the next weeks in Vegas.

Thank you very much for your review Kristin. I'm very happy I could help you, and I appreciate your kind words.

We had Scott play at a 70th birthday party. He was very easy to deal with, very responsive and flexible. The guests enjoyed his playing. I will definitely use him again for future events.

Thank you very much Kimberly.

Above and Beyond Our Expectations!

We hired Scott to entertain (piano and singing) at our 70s themed conference banquet. His talent is superb, his playlist was spot on and he made the event just right! The ease of working with Scott, his amazing skills, plus his willingness to meet our needs means we will definitely hire him again!

Scott was incredibly professional from start to finish. He was very communicative throughout the weeks prior to the event. We hired him for a farewell event and he played and sang nearly non stop for 3 hours. He is a class act, professional, and extremely talented. Thank you, Scott, for a memorable evening.

Scott haa an amazing musical skill that has made the performance just phenomenal. His professional attitude, knowledge of music and flexibility are a very welcome add to this. He was exactly what we needed to lift the event up to the next level.

Thanks you Lex. It was a pleasure to perform with you. You are such an amazing talent yourself, and I'm so glad you contacted me, and introduced me to your style of performance, which really is truly so unique. It was such an original and musically inspiring experience. Thanks for everything. It was great!

You wont find a better pianist in Vegas for the price

Scott is a highly skilled pianist, easily one of the best dueling pianists in town. This was a perfect entertainment option for a wedding before the DJ starts. We initially had a mix-up with our event date, but he made it right. We did 2 hours of piano/singing, then 1 hour of DJ music. Our guests were having a blast and singing along, we got a lot of compliments for hiring a singing pianist. It just added such a great vibe to our reception. Thanks Scott!

MUST HIRE FOR YOUR EVENTS...

Outstanding entertainment provided by Scott and his band. We received numerous compliments from our corporate event guests as to how great Scott Nicholson and his band are. We hosted an event featuring out of town guests and all were thoroughly impressed. Great vocals and instrument playing, they have an unlimited range of covering all genres & could play anything on the fly. Very down to earth, very professional, no hidden fees. Band showed up early to setup and were ready to go before the event start time. I would HIGHLY recommend Scott Nicholson...contact him, meet with him and see for yourself.

One of Scott's greatest strengths is his versatility.
He's played small Christmas parties with 15-20 people and had everyone singing along with Christmas songs and regular pop songs as well as he played on an upright piano in the corner of their living room.
Scott has played up in Canada to a crowd of 1000 people in a spotlit high energy dueling piano show for a ticketed benefit.
He's played keyboard as the lead singer with his trio at different casinos like the Mirage and Aliente for medium size groups of 50 to 100 people.

Point being that Scott can perform in any setting, as a soloist, duo, trio, dueling piano show, or as a 4 piece band, and he can also perform many varieties of music, whether instrumental or with vocals, from Oldies to Country to Jazz to Modern music and more.

It just depends on the customers' needs. Scott also has all the equipment needed for small intimate settings, or for much larger settings as well.

Scott Nicholson is a pianist/vocalist/entertainer who has been performing full time in Las Vegas, NV, for the last 15 years. He started playing piano at the age of 5. He attended Berklee College of Music for two years, then transferred to the Hartt School of Music at the University of Hartford and graduated in 1995.

He was trained classically, but once Scott got into his high school years, his musical interests went all over the place. In college he studied jazz music as well as continuing in classical, and he started playing live on a regular basis in college, performing all types of music including rock and country.

Scott is originally from New England, but over the years he has lived in many places across the U.S.
He spent a couple of years living and performing in New York City regularly. In 2003, Scott found himself in Las Vegas, performing mostly in different Dueling Piano Bars 4 or 5 nights a week.

Currently Scott performs in Vegas as a solo pianist, as a lead singer in his trio, and he performs as a dueling piano player 4 nights a week at the Encore casino in the Eastside Lounge.