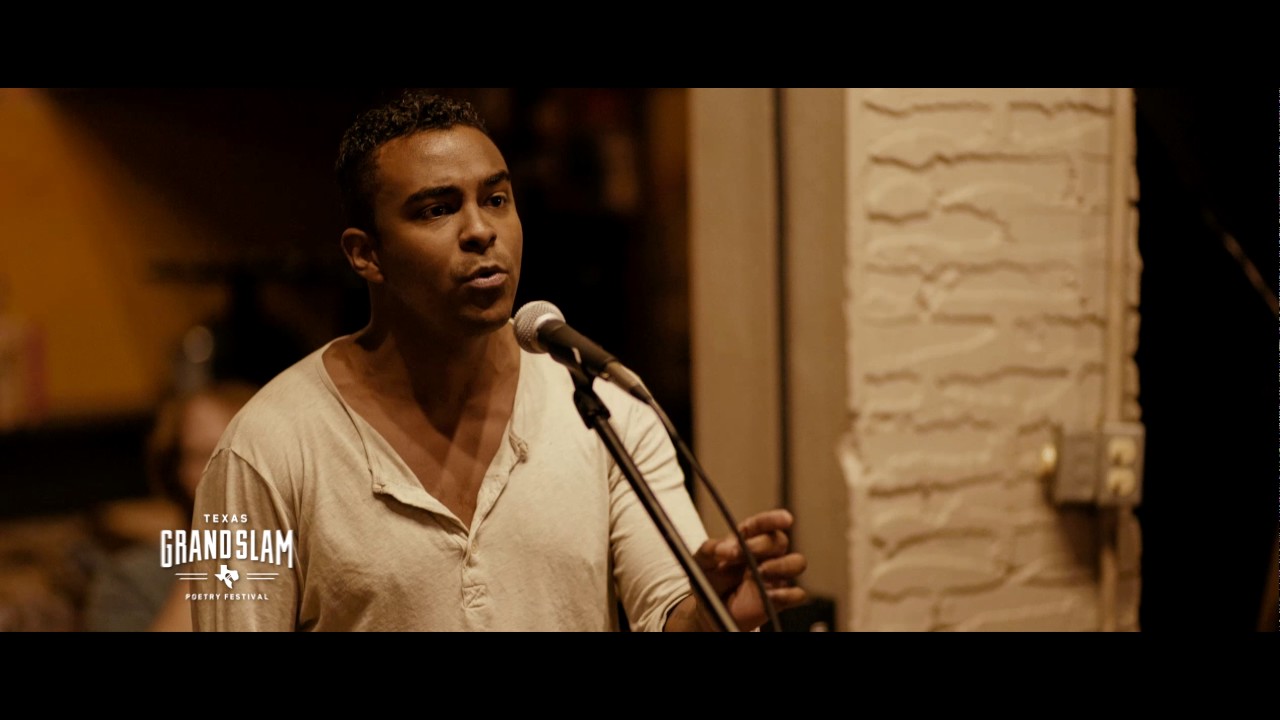 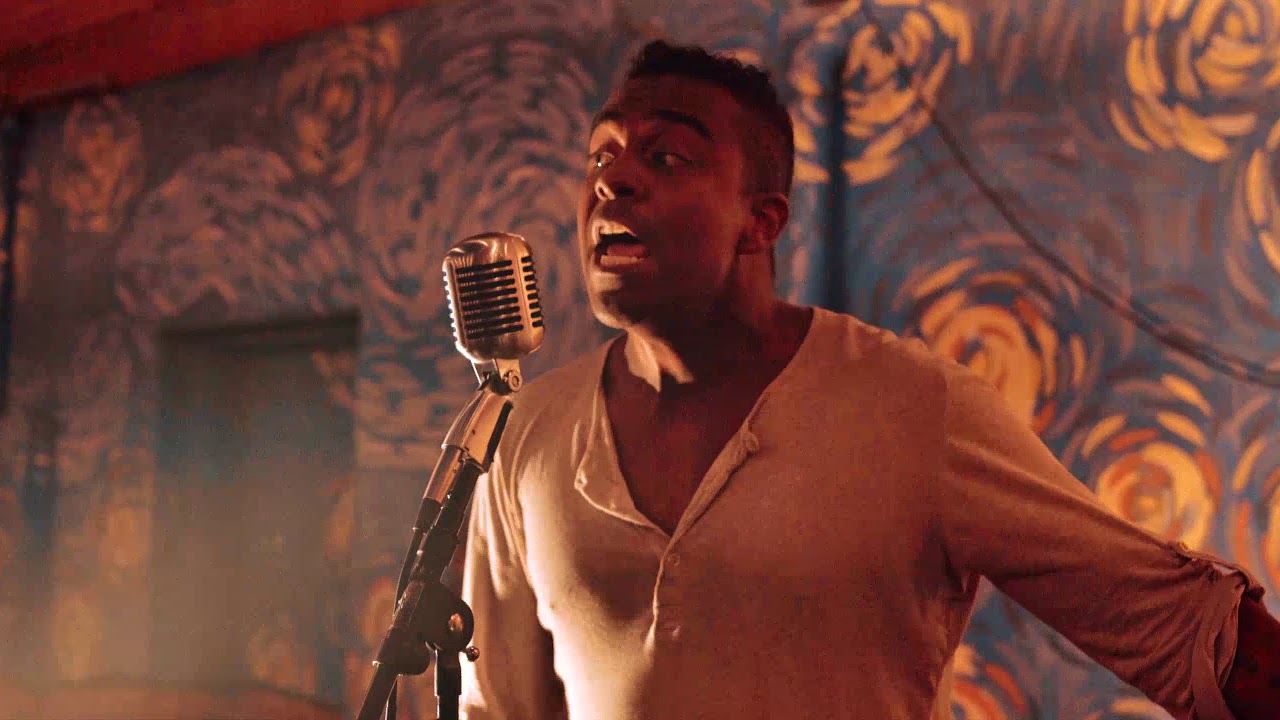 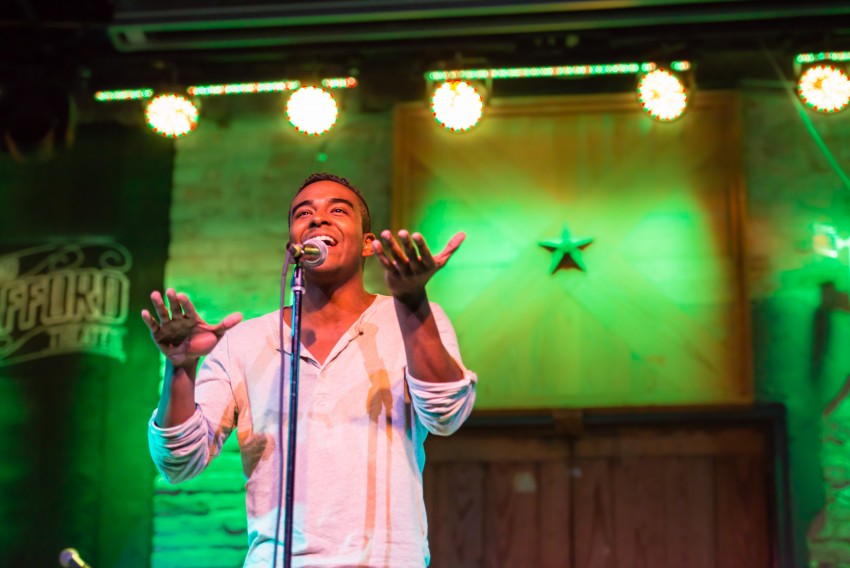 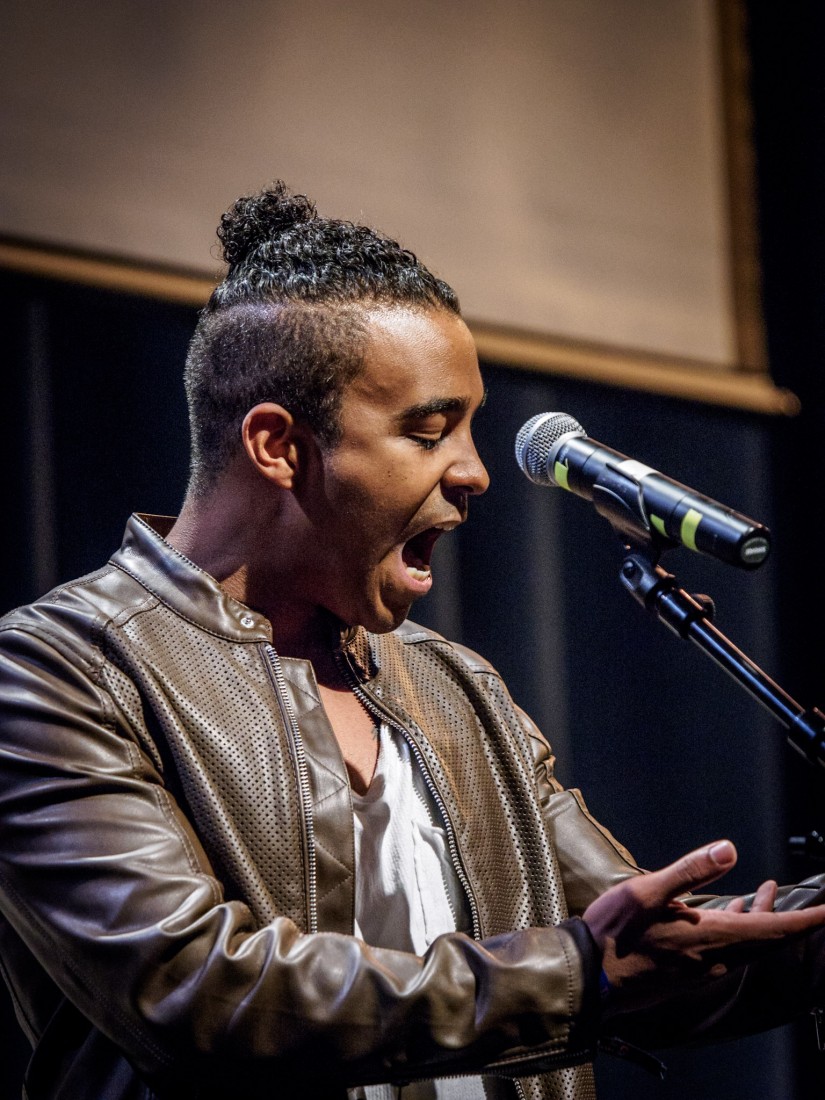 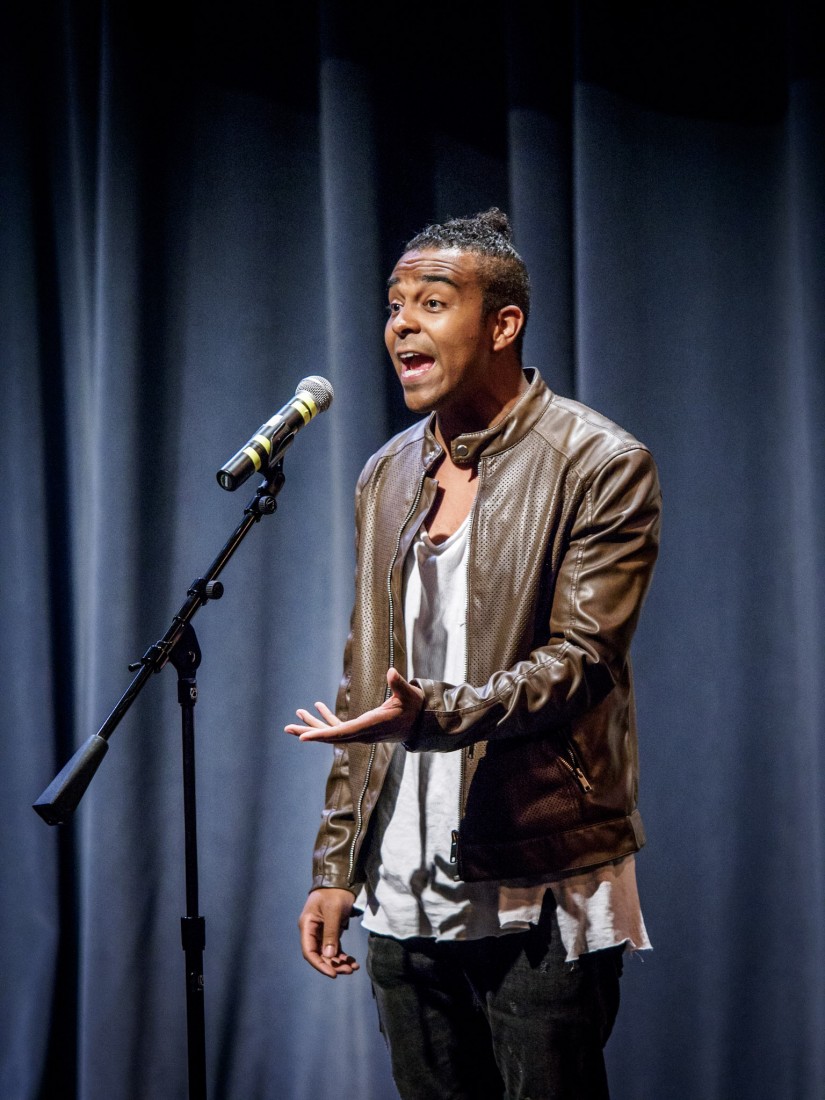 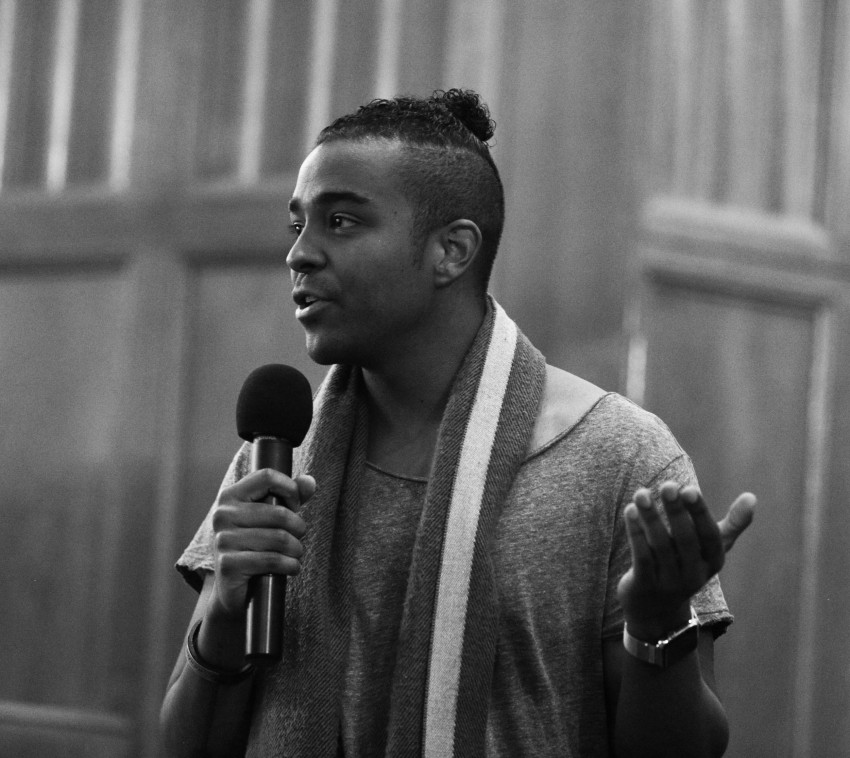 Be the first to review S.C. Says Poetry

My spoken word show, Kintsukuroi: on Empathy and Other Things, is designed to not only engage and entertain audiences, but to approach topics such as mental health, diversity appreciation, and the importance of empathy. Slam poetry allows me to present vulnerable truths that help audiences feel like they are less alone and creates a safe space that fosters necessary dialogue. The show is both humorous and poignant, and will leave audiences not only educated on these topics, but also feeling validated.

Andre Bradford, a.k.a. S.C. Says, is an Austin based slam poet who has been performing slam poetry since 2013. He's toured and featured at venues and universities across the country, and his work has been featured in the Huffington Post, The Edge radio, The Culture Trip, and Blavity. He is a two time Austin Poetry Slam Champion, a two time Texas Grand Slam Finalist, and was a member of the 2015 National Championship Team. He also once popped a bag of popcorn without burning a single kernel, which is arguably one of his greatest achievements.

His poetry covers a gamut of topics ranging from being mixed race, to gun control, to mental health awareness, to never settling in relationships. Slam poetry is an art form he loves due to its raw vulnerability and it's ability to cultivate transparency and dialogues into many different walks of life.