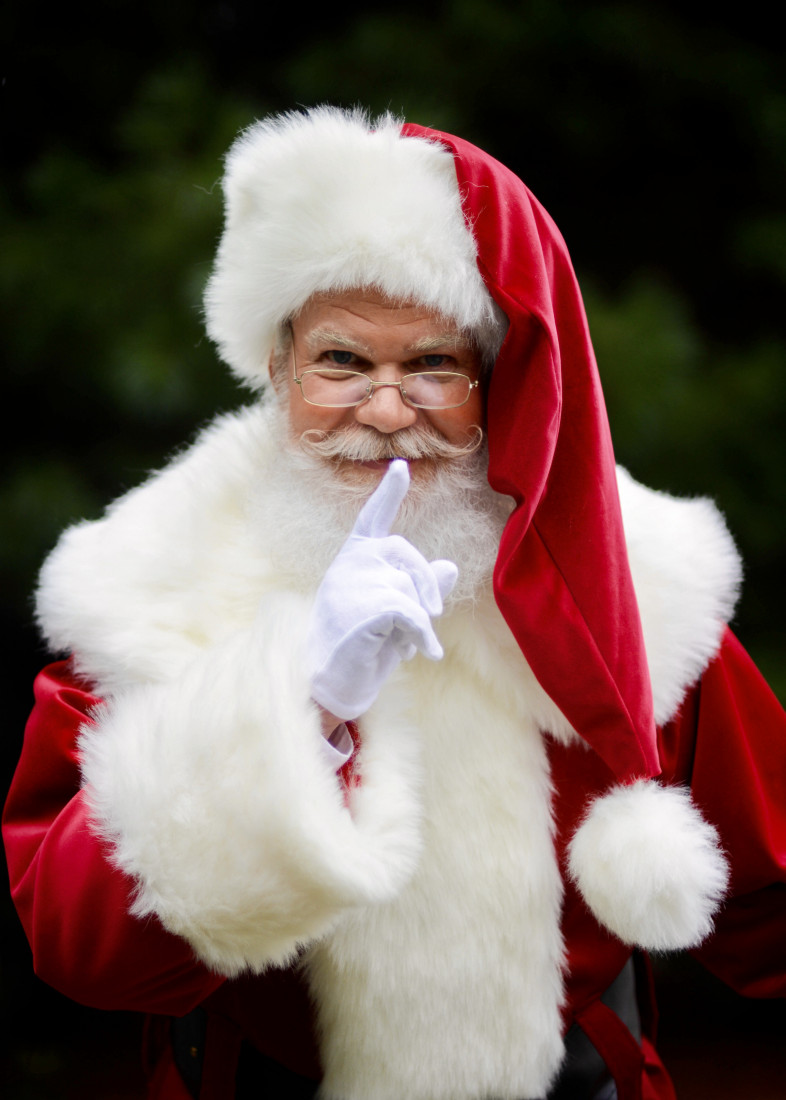 Santa for the Mountains 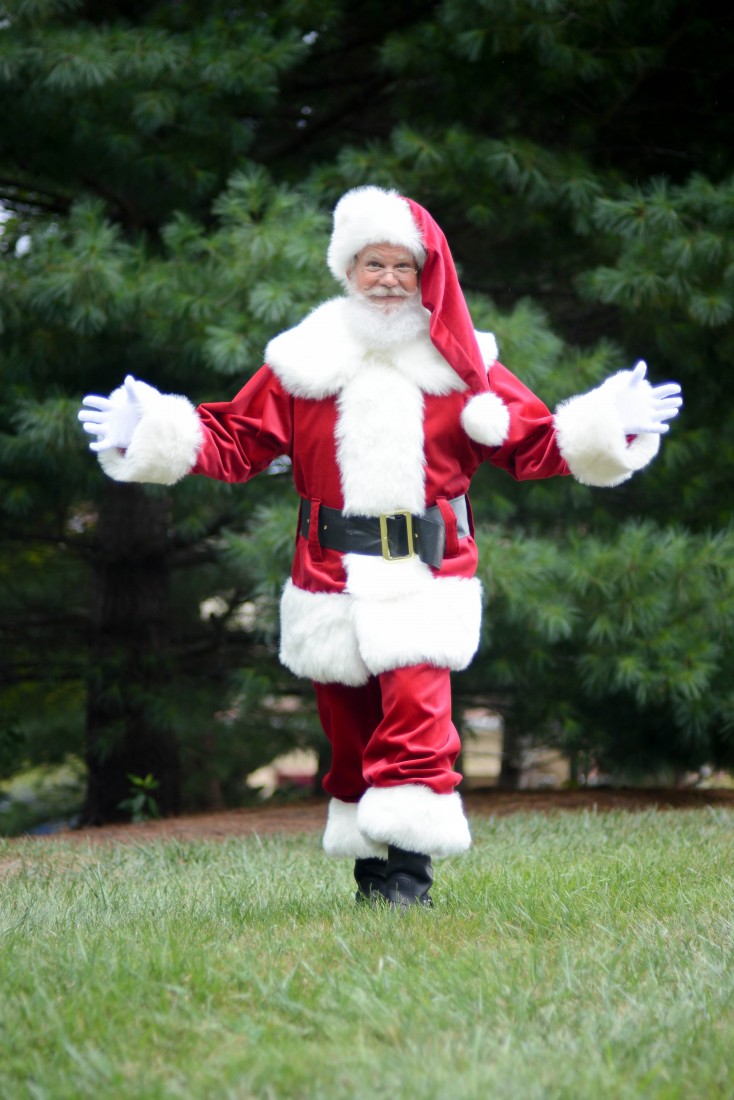 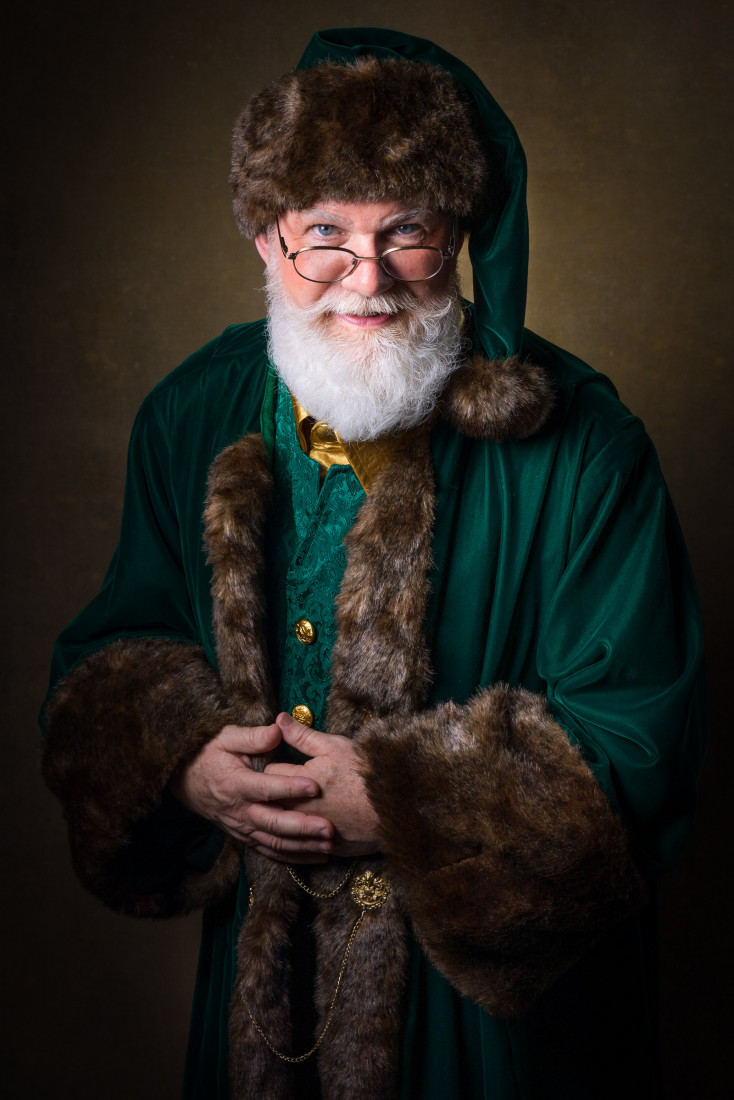 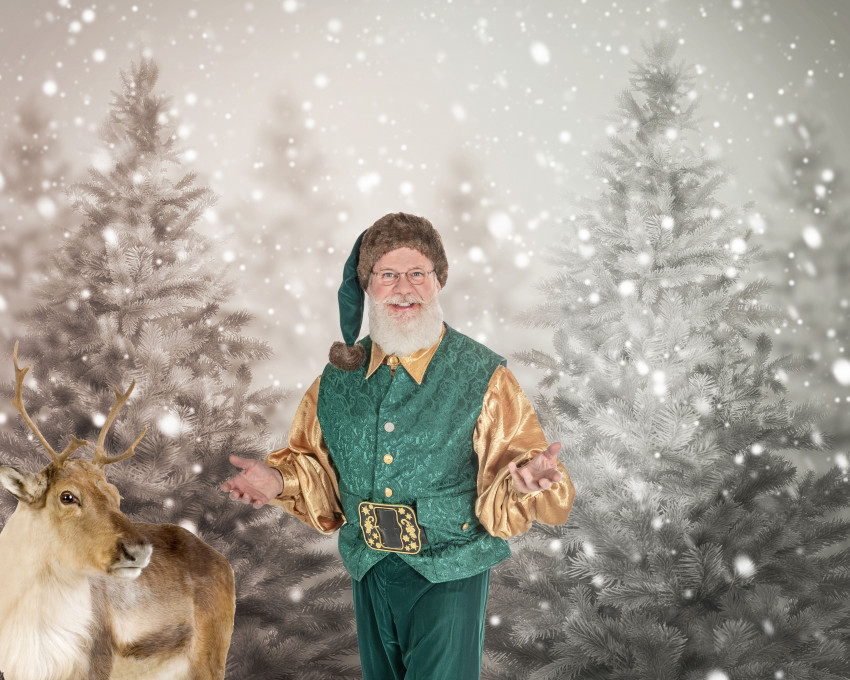 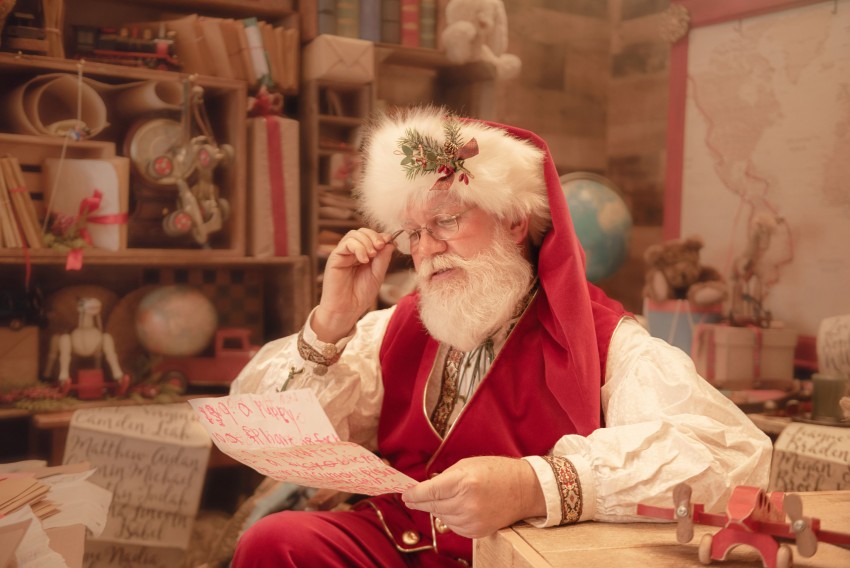 Santa reading one of his many letters. 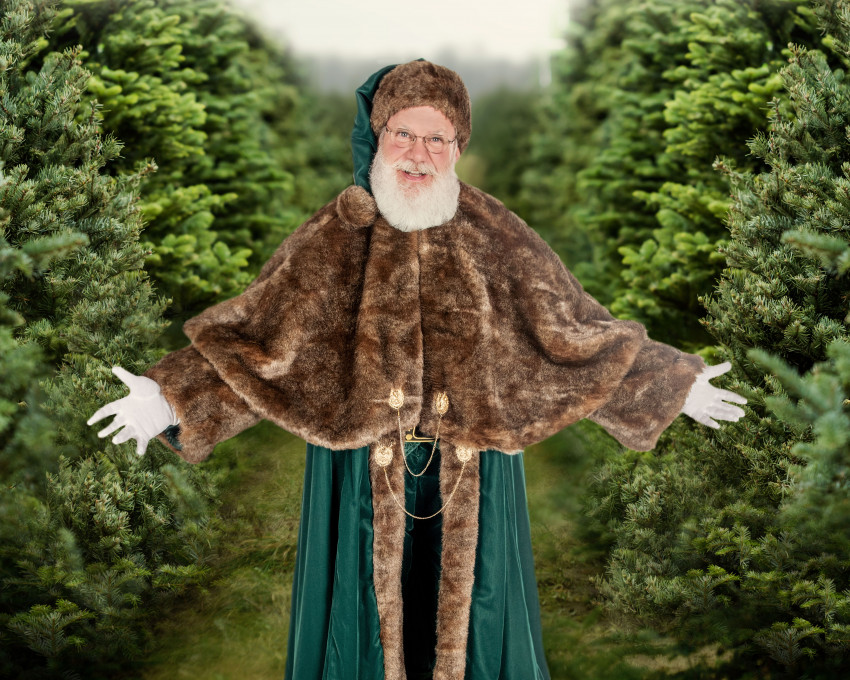 "Santa for the Mountains"

With Mrs Claus in the kitchen! 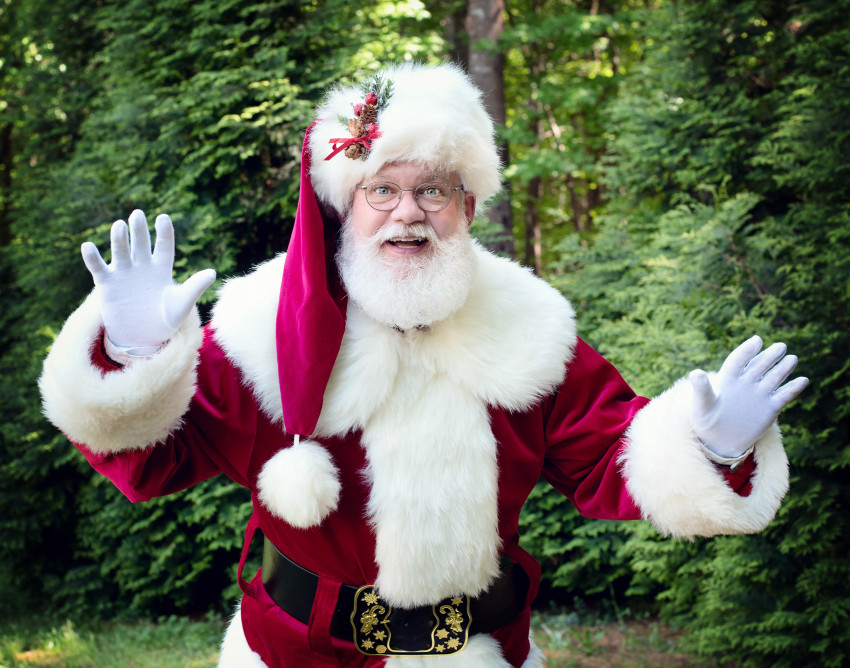 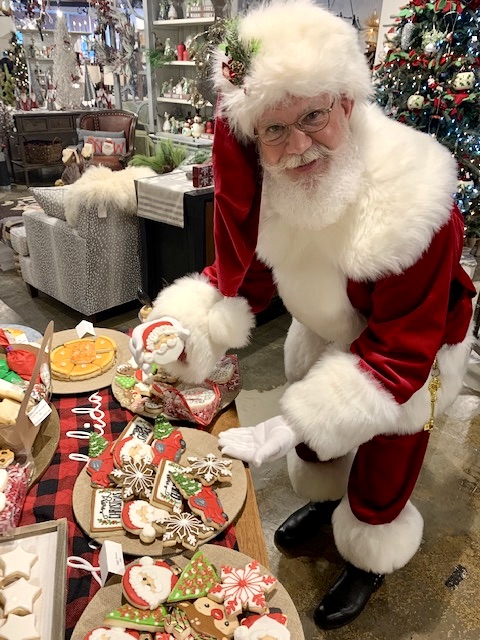 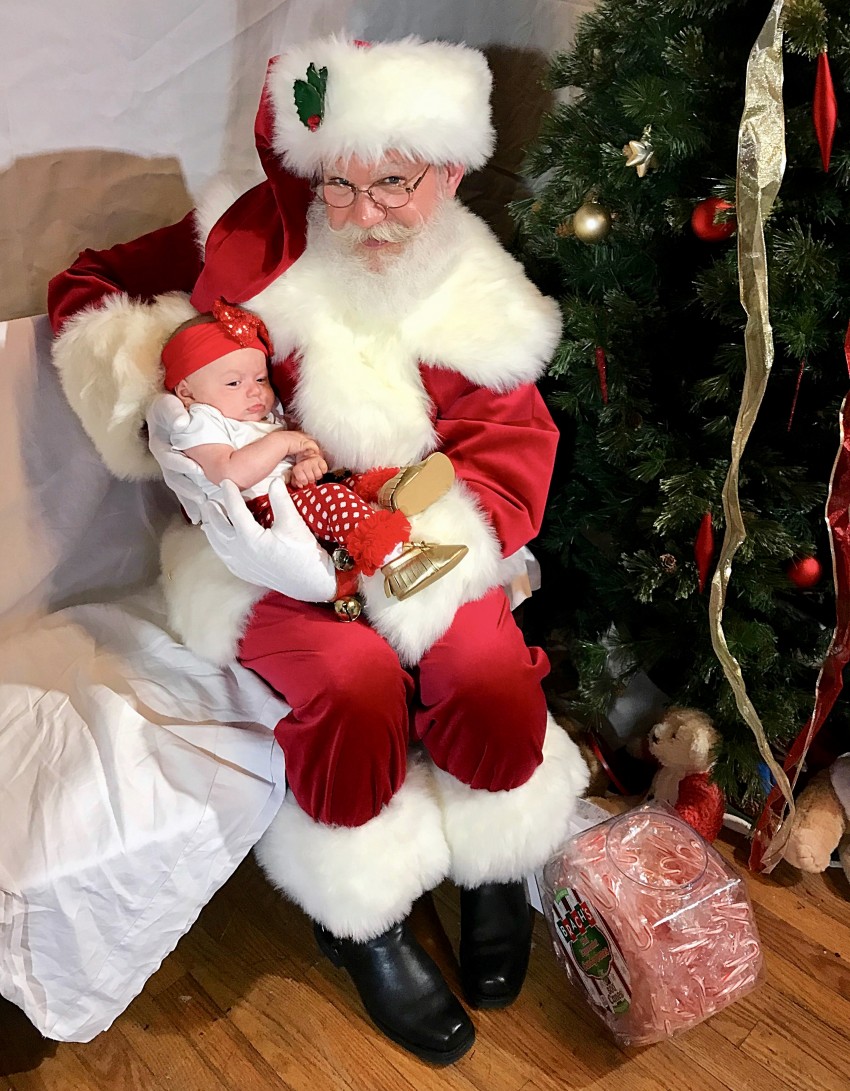 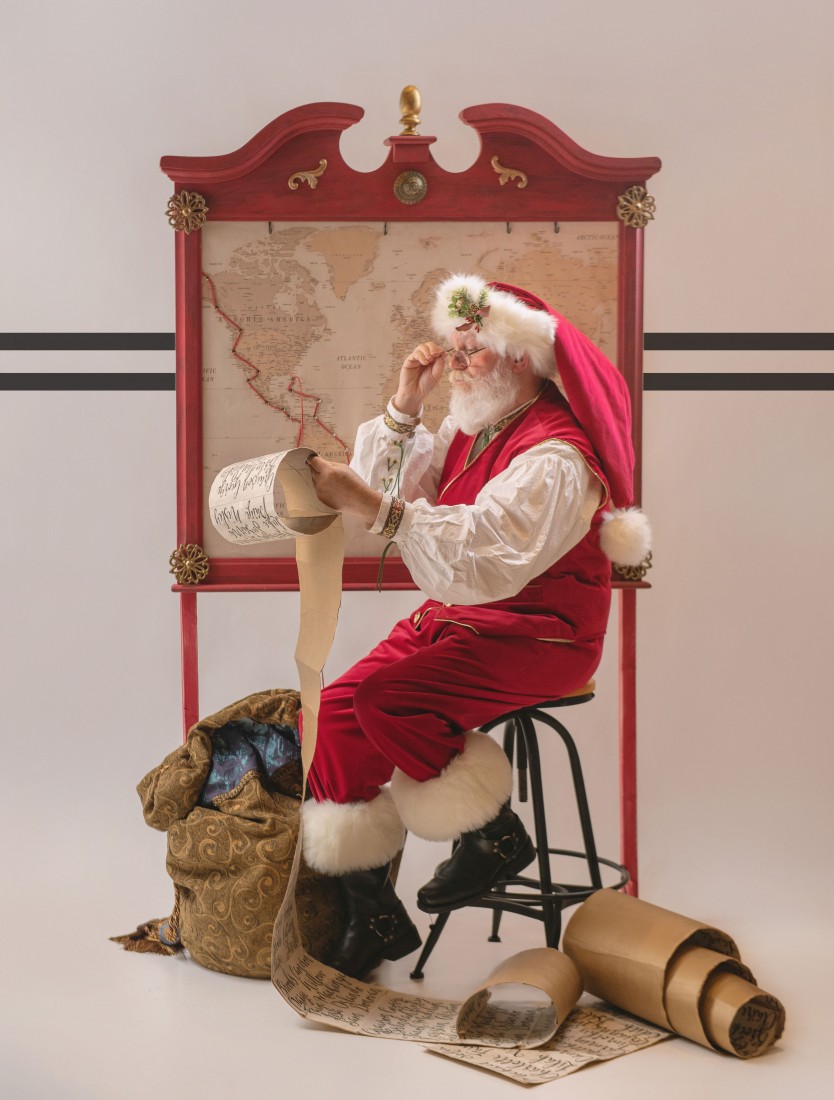 Santa mapping out his route for Christmas Eve 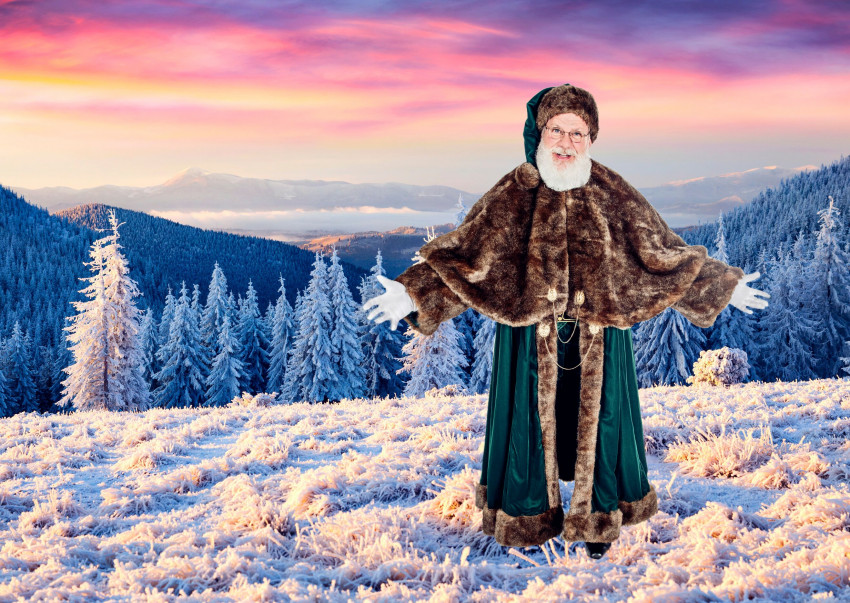 Santa for the Mountains! 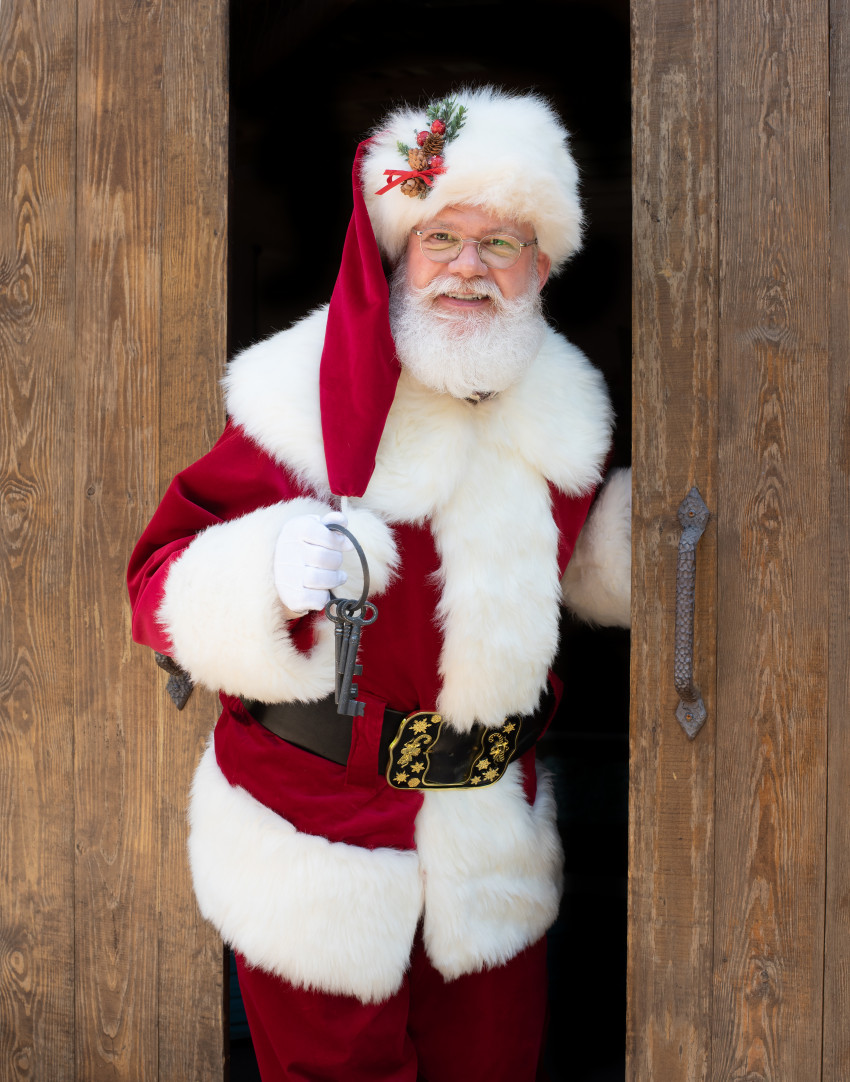 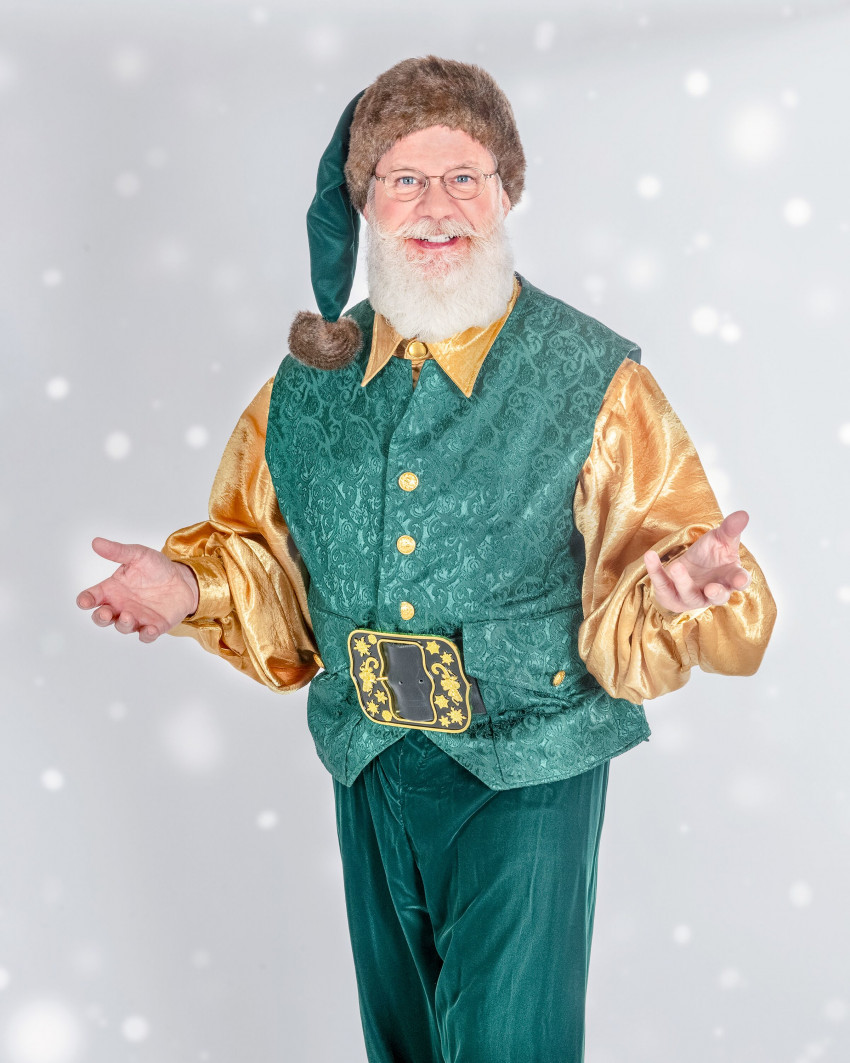 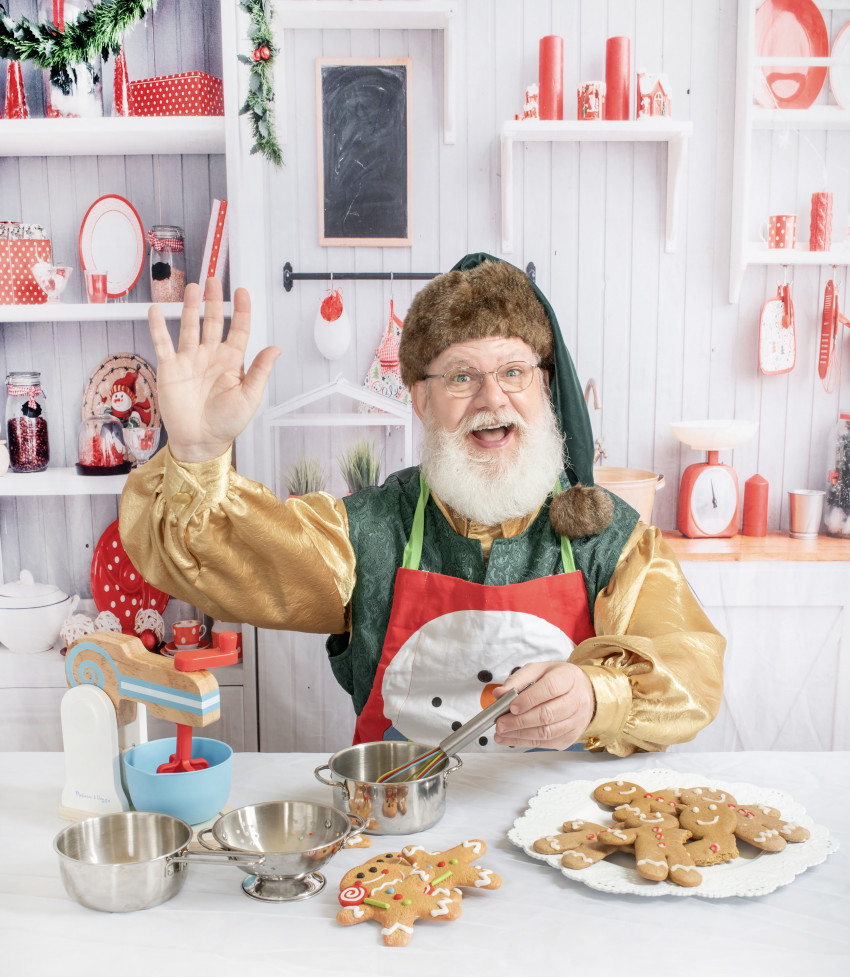 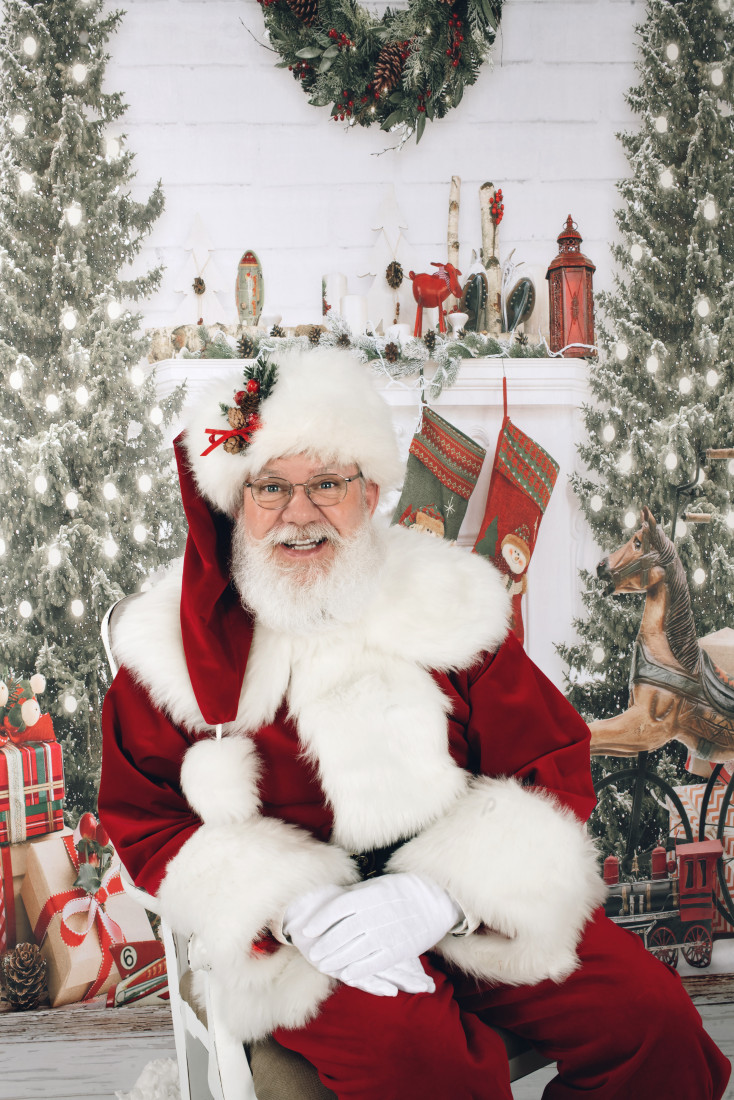 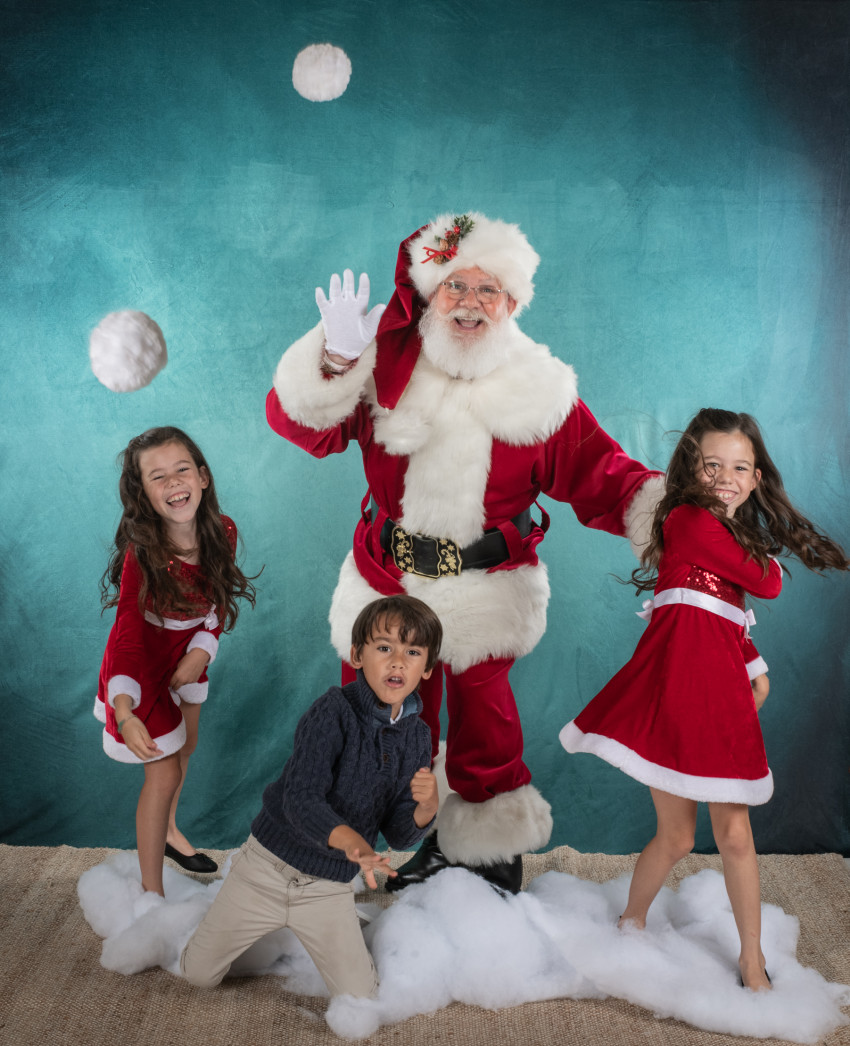 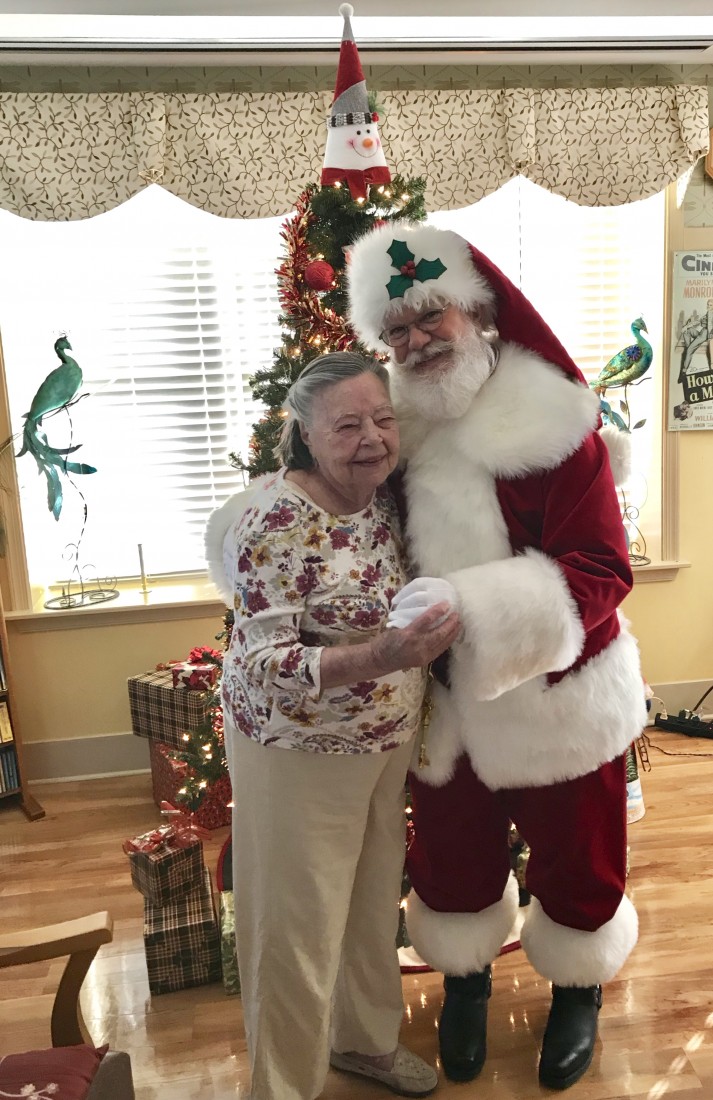 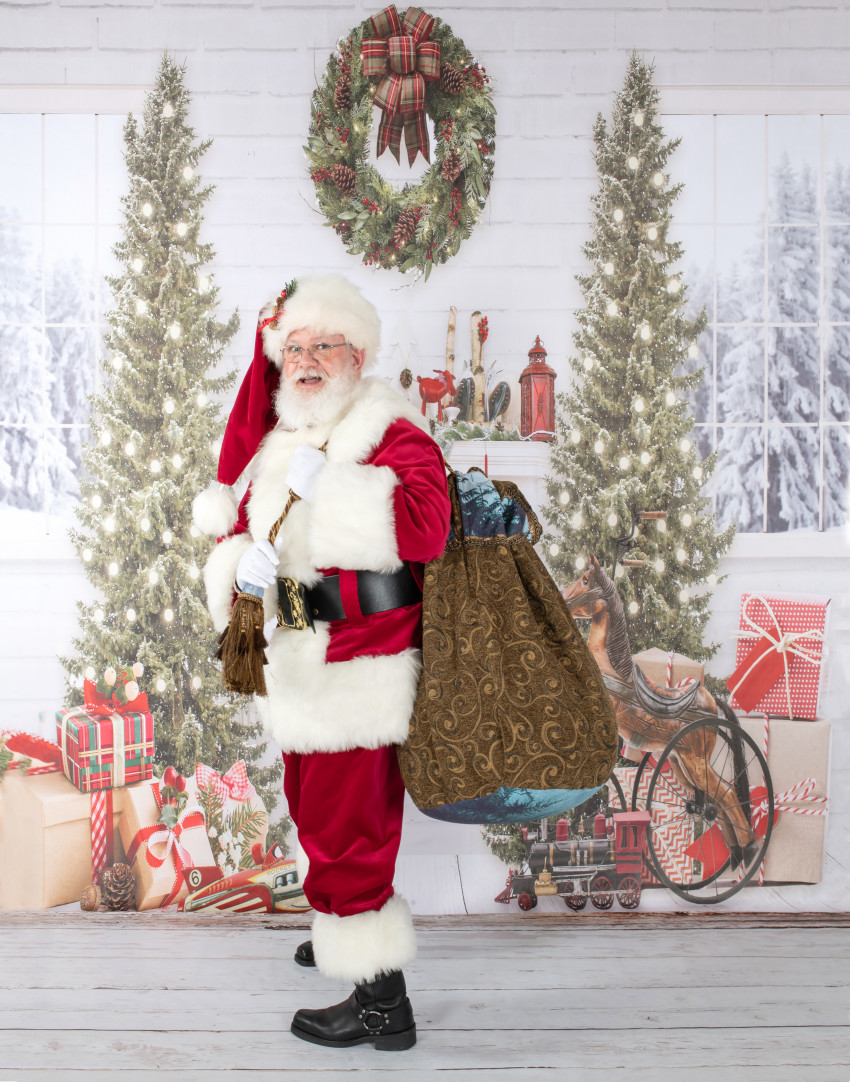 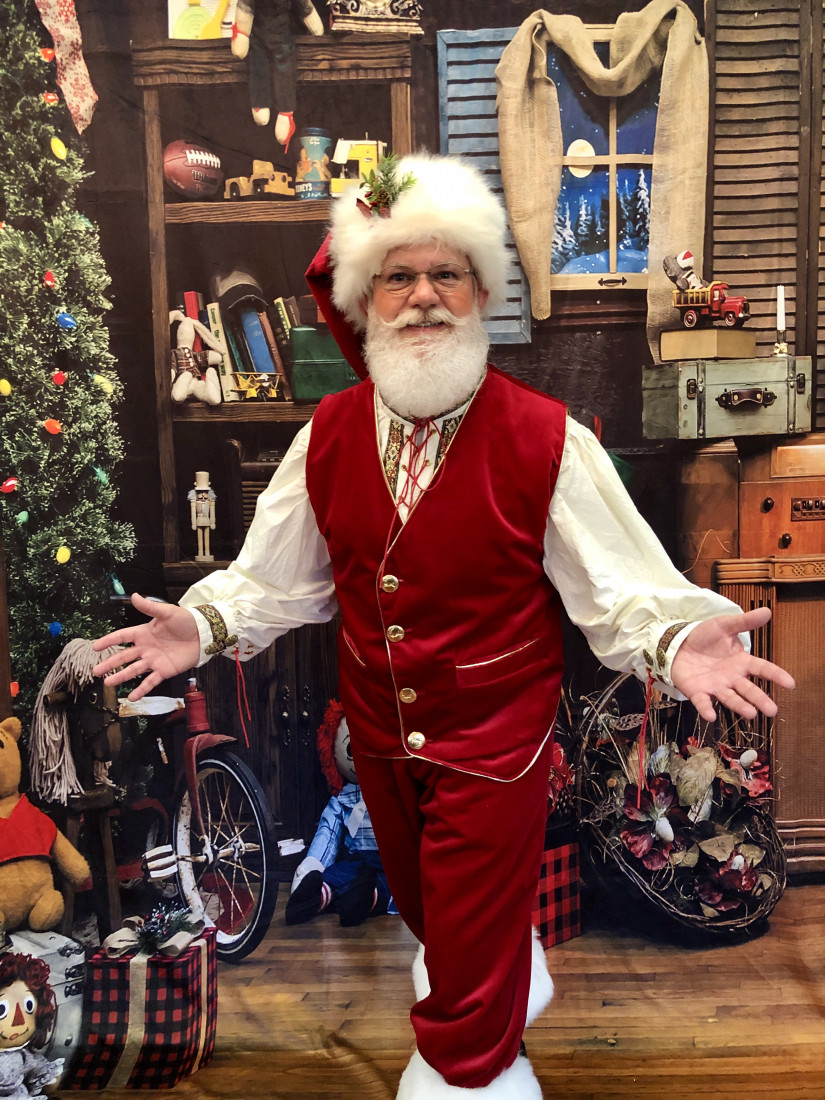 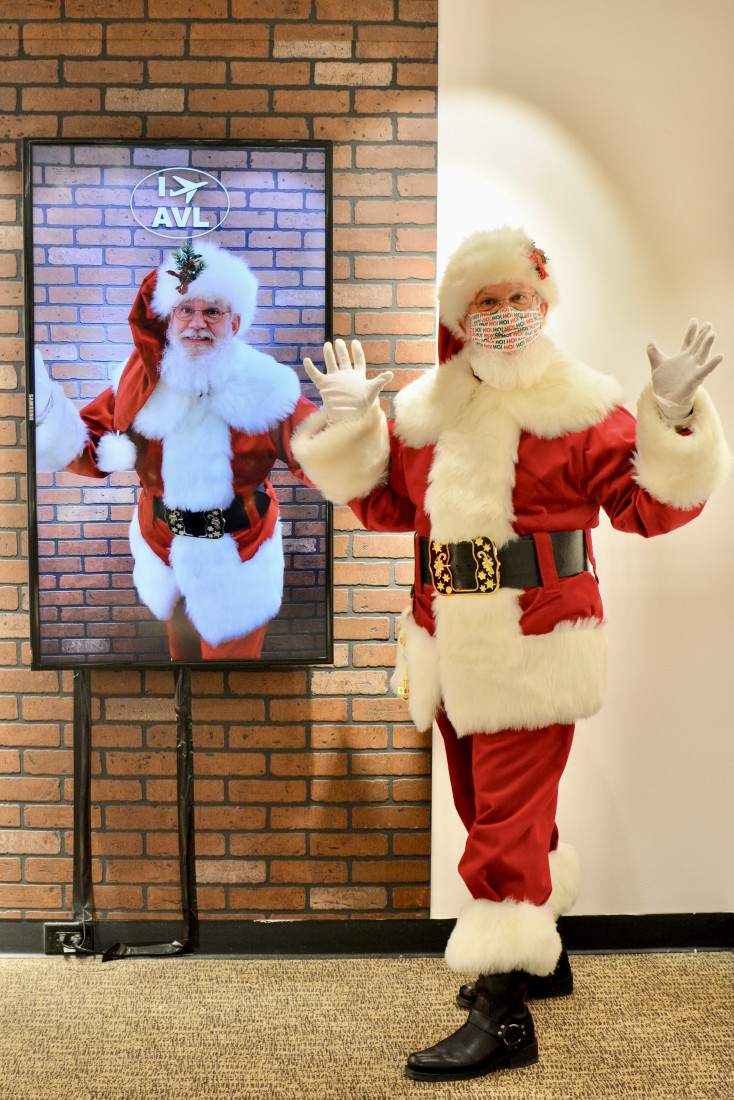 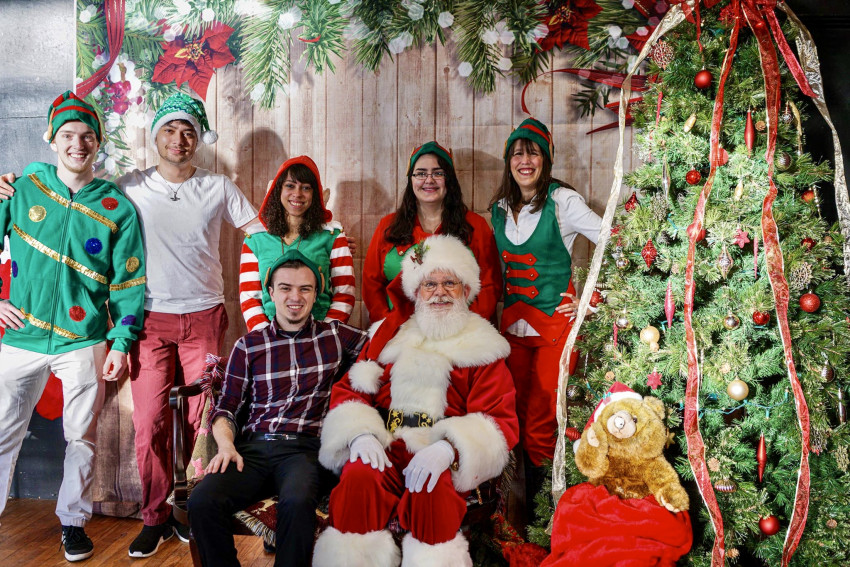 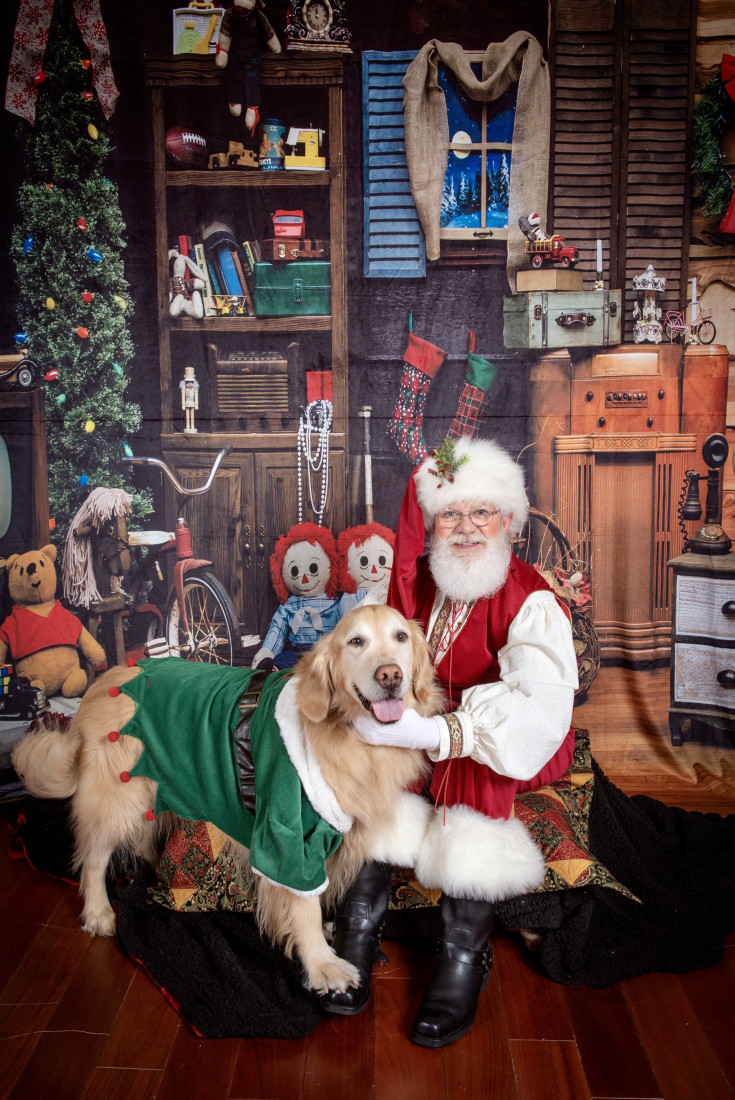 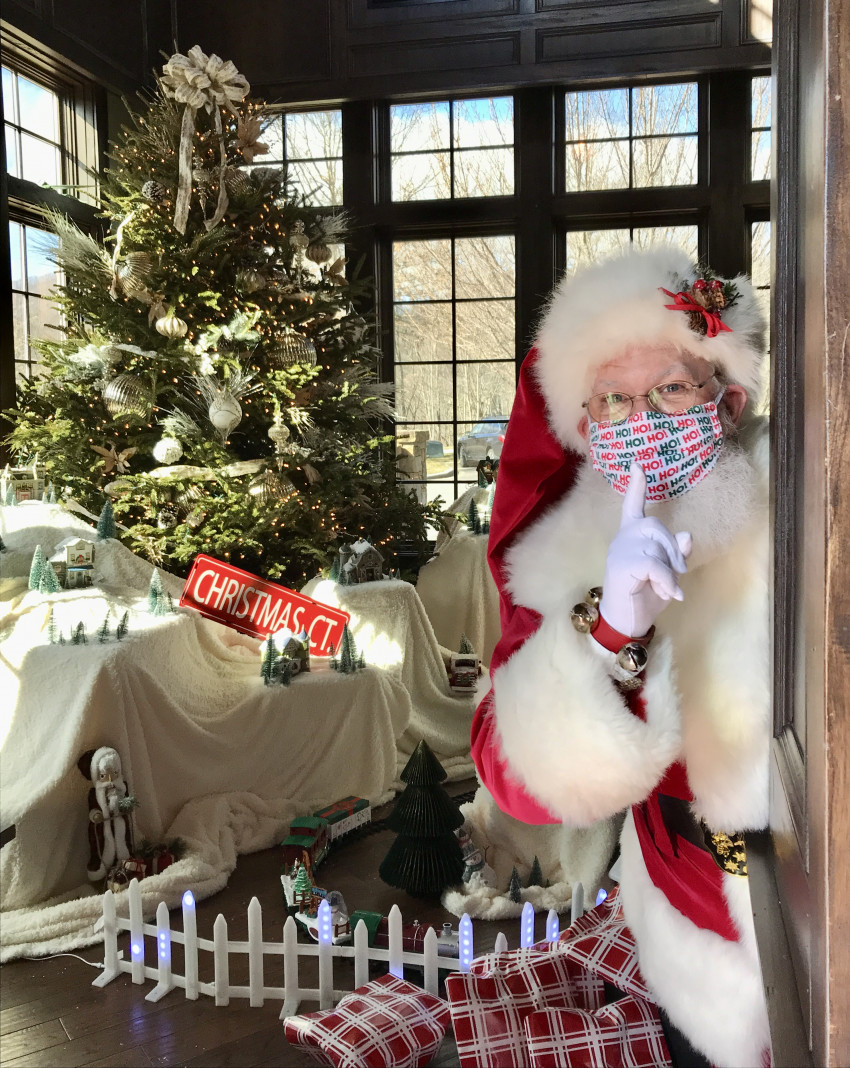 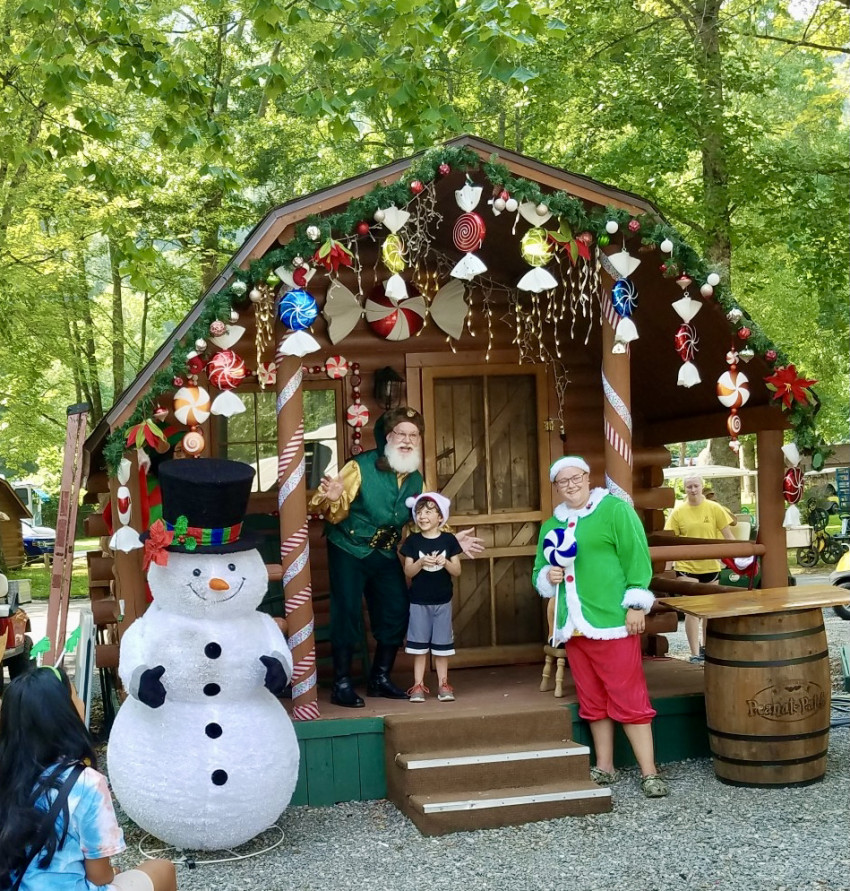 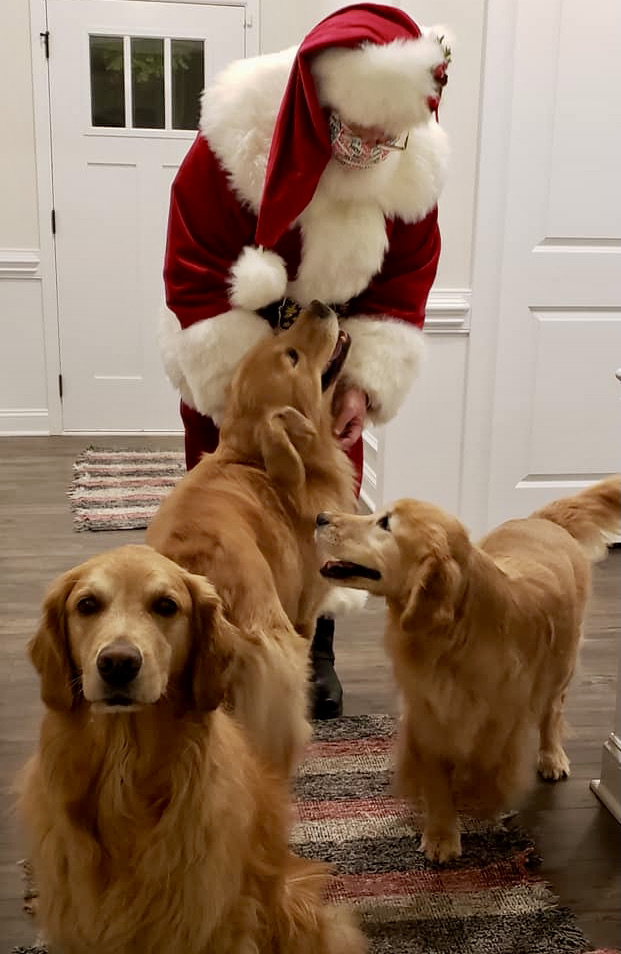 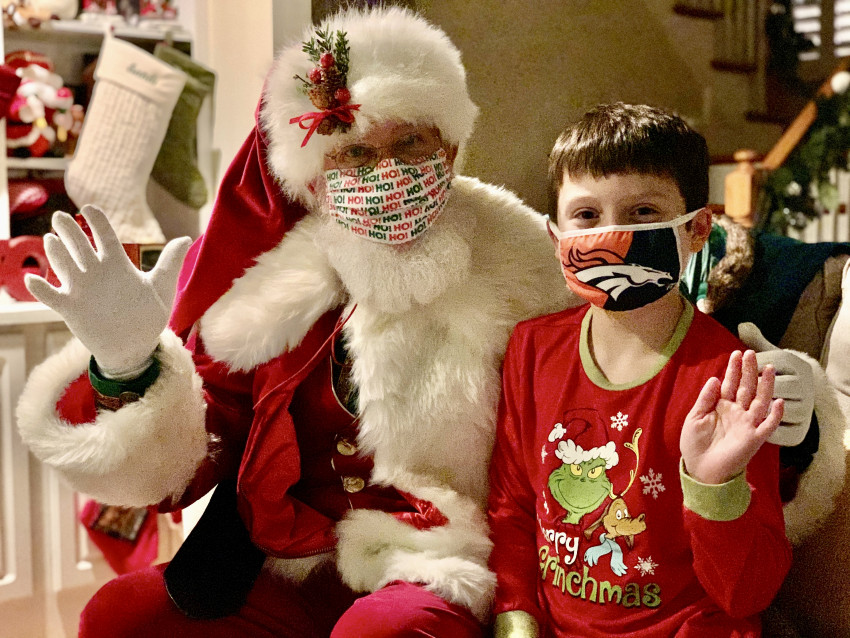 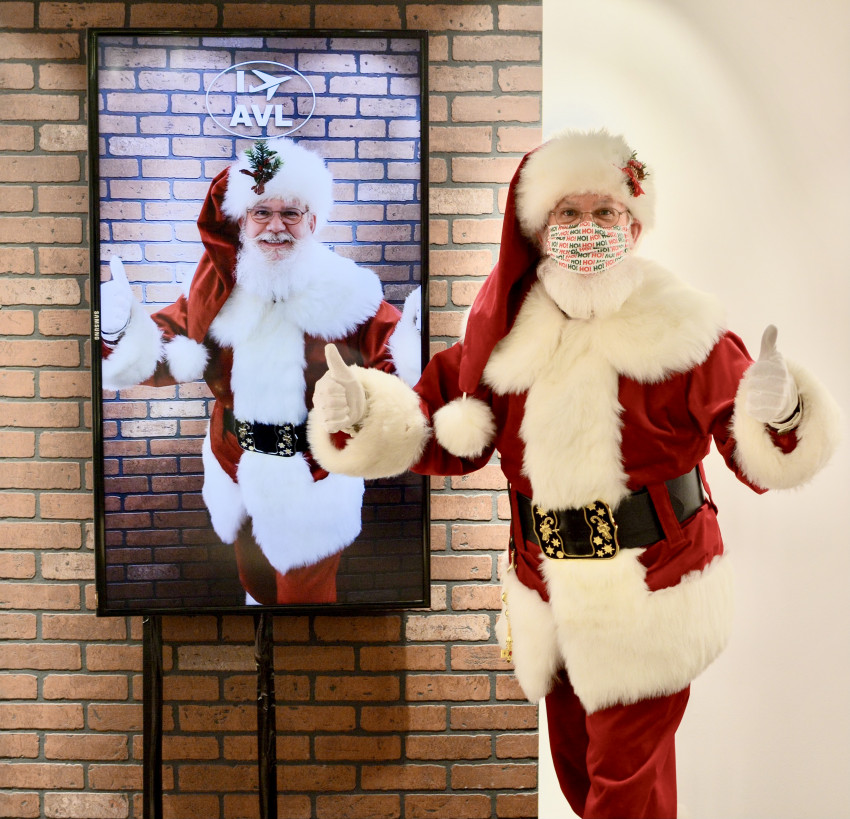 SantaWNC (aka Santa Joe!) is known as "Santa for the Mountains." Santa Joe works with you to make your event the most special holiday get-together of the season. The appearance of a real-bearded professional like Santa Joe will add that special touch to your holiday event. Please note: Santa Joe is vaccinated and fully insured and FBI checked.

Santa Joe couldn’t have been more perfect. Not sure who was happier and more surprised with his visit, the children or their parents and
Grandparents!

Thank you, Pat. It was so fun to see the surprised looks on everyone's face when I just walked into the door, children, and adults! You pulled off a great surprise and I was glad to have been part of it! Merry Christmas

Santa Joe was great to work with. He was wonderful with our families, professional, friendly and very communicative prior to his visit. Top notch visit with Santa!

Santa Joe is the BEST

Santa Joe was hired to attend our gingerbread party, and to take photos with children/families. He is awesome. He even offered to face time with two children that were unable to attend. We were so impressed with him. We will definitely work with him again next year!

Booking for next year!

Santa Joe was easy to work with, quite jolly, and was the best addition to our event! He made a memorable impact to the holiday cheer, and we cannot recommend him enough. If you are looking for a crowd entertainer this holiday season, Santa Joe is your guy! His Santa suit was high quality, and even the jingle bells are real. We will be inviting him back for next year!

The staff and guests had a great time with Santa!
He was very professional and was always in character. We already have him booked for our next party!

Thank you, Rachael - it was so much fun to be with your team. They are great!

Santa Joe Grady made a special last minute trip to our home Christmas Eve, Eve. He was meticulous and mindful to provide a safe visit during the 2020 pandemic. Santa Joe's suite was incredible. We posted pictures from Santa Joe's visit on social media, and family and friends are still commenting . We will invite Santa Joe back in 2021.

Thank you so much, Linda - it was so much fun to be greeted at the door by 12 paws! Had a great time. Santa Joe!

Santa Joe was fantastic. The experience was everything you could imagine and more. He was so realistic we all went to bed early on Christmas Eve 😉. A real memory maker!

We hired Santa Joe for our company holiday party. He was professional from the get go. He communicated with me through out the whole planning process. He had lots of great ideas on how to make sure the event ran smoothly. On the night of the party, Santa Joe showed up and looked very authentic. His outfit is beautiful and his beard is real! He worked the crowd greeting all the children while they ate dinner. He then took his seat and proceeded to meet with all the children. It was truly an amazing experience! The look on the kids face when they saw him was priceless. I highly recommend Santa Joe for all your Santa needs!

We loved having Santa Joe at our holiday party! He was very engaged with everyone and we appreciated his enthusiasm. I also noticed that he was gentle with each child and gave them his undivided attention. He seemed to really care about making the experience special for them. We highly recommend him!

Santa Joe did not disappoint us at our Kids Event. He was so loving and kind not just to our kids but to all the adults and teens that were there. He was certainly the highlight of the event. We will definitely have him back!!

Very interactive with the children and adults. He also gave me some great tips to make our event successful.

Santa Joe came to my store on Christmas Eve handing out little wrapped toys for the children there! It was so amazing seeing their faces light up with joy! He was super professional and so full of holiday spirit! I would definitely hire him for a party of my own! Thank you Santa Joe!

Thank you! It was great to see all of you and put a smile on your faces!

A very professional and intuitive Santa!!!

Santa Joe showed a broad breadth of experience in working with kids (and parents). Many parents commented that he was the best Santa that we've had and we've been doing Breakfast with Santa for 21 years. He lives the Santa part.

Thank you Frank! Santa had fun with all the children and adults that attended. Your volunteers put on an excellent breakfast. Look forward to the next one!

Delight in the eyes of all ages

It is true that Santa is good for the soul for all ages. My residents ranged from 80-101 and I saw the delight and wonder in all of their eyes. It was like transporting ones self back to a simpler time when I watched their interactions with Santa.

Thank you, Julie. It was fun meeting and surprising all the residents and employees at Deerfield Retirement Center. Enjoyed the visit and look forward to seeing you again! Santa Joe

Price Range: Rates vary per event and begin at $175

Expect a fun, interactive, and highly trained professional Santa. Santa Joe works with you to make your event, the most special holiday get-together of the season. The appearance of a real-bearded​ professional like Santa Joe will add that special touch to your holiday event.

SantaWNC (aka Santa Joe) has a long history of community engagement in Western North Carolina and has been recognized nationally by several organizations for his life-long community service in several states.

Santa Joe is a real-bearded experienced Santa who has provided holiday cheer and smiles for some of the largest companies and organizations in Western North Carolina. He has been featured in national publications for his performance in delivering Christmas cheer to thousands of people.

Professionally trained and a graduate of the International University of Santa Claus with a B.A. in Santa Clausology, and a graduate of the prestigious C.W. Howard Santa School, the oldest Santa School in the nation (considered the Harvard of Santa Schools). Santa Joe is a member of IBRBS, the International Brotherhood of Real Bearded Santas. He has over twenty-five years of experience working with children and adults of all ages.

Not only is he professionally trained but he comes to you professionally attired in custom-designed outfits from some of the top designers in the country. His Santa bag is original and designed specifically to showcase the Blue Ridge Mountains of Western North Carolina.

Santa Joe has worked as a fundraiser for two Children's Hospitals and has volunteered with elementary and secondary school special needs children. He was selected by international photographer Ron Cooper to be photographed as one of fifty Santas in the United States to appear in the book "We Are Santa", a nationwide fundraiser book for Children's Hospital. Comfortable in working in a wide variety of situations, he has been recognized nationally for his community engagement by the U.S. Jaycees and Chamber of Commerce.

Santa Joe is a member of the North Carolina Long Leaf Pine Santa's and is FBI background checked and insured. Santa Joe provides the quality portrayal you seek for your upcoming Christmas event. He will have all your guests "BELIEVING" by the end of his visit!

Based in Asheville but thanks to his mighty reindeer, Santa Joe can travel throughout Western North Carolina and the Upstate. Hop on his sleigh today - and "Book Santa Joe" for your special holiday event!

Santa Joe is a professional who stands by his word and his work. In fact, he offers a 100% Satisfaction Guarantee of his service to his clients. It's comforting to know that there is a Santa who offers his fee back if you are not satisfied with his service. It's even better knowing with Santa Joe, you won't have to.

Santa Joe likes to make his visits unique to the people holding them and will offer ideas and suggestions on how to make your visit with Santa – the most talked about event of the season. He works for the crowd and never leaves until he meets every individual. Maybe that is why everyone who booked him has already booked him for next year!

Please note: It is important to book your event early to secure Santa Joe, as he is high demand. Rates are subject to increase, so get ahead of the game and book now! Without a doubt, this is going to be one fantastic and exciting Christmas, so plan ahead now and get your spot reserved.