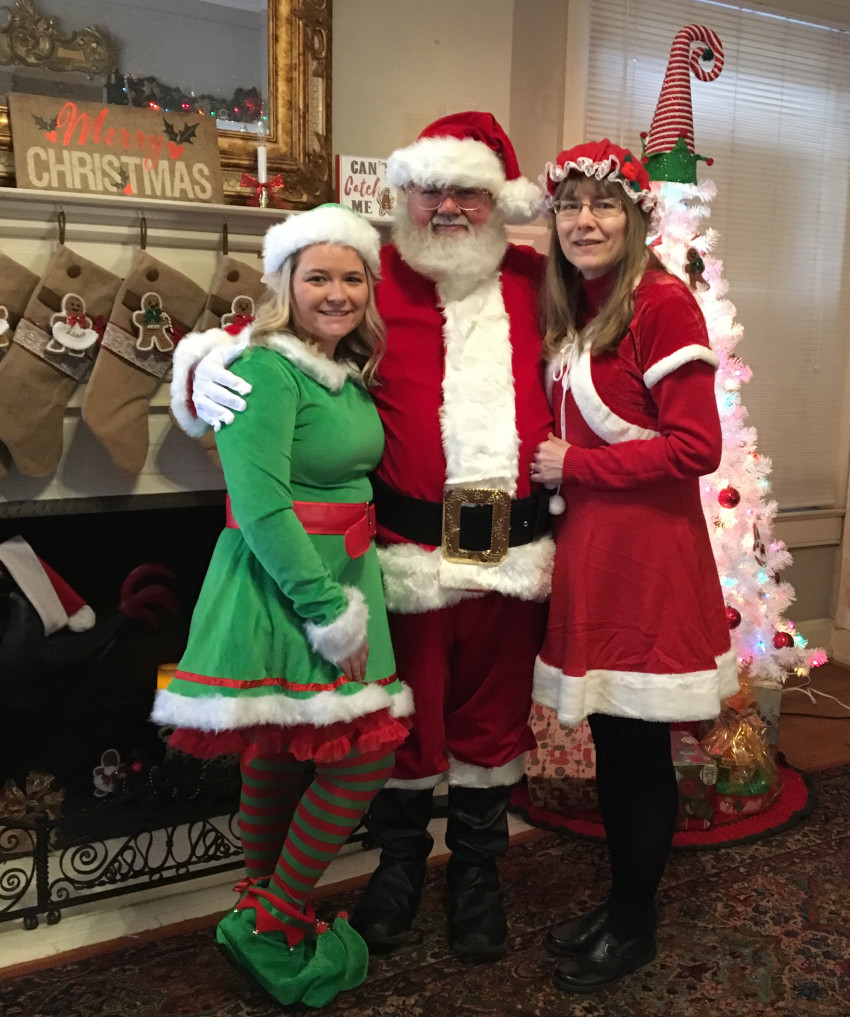 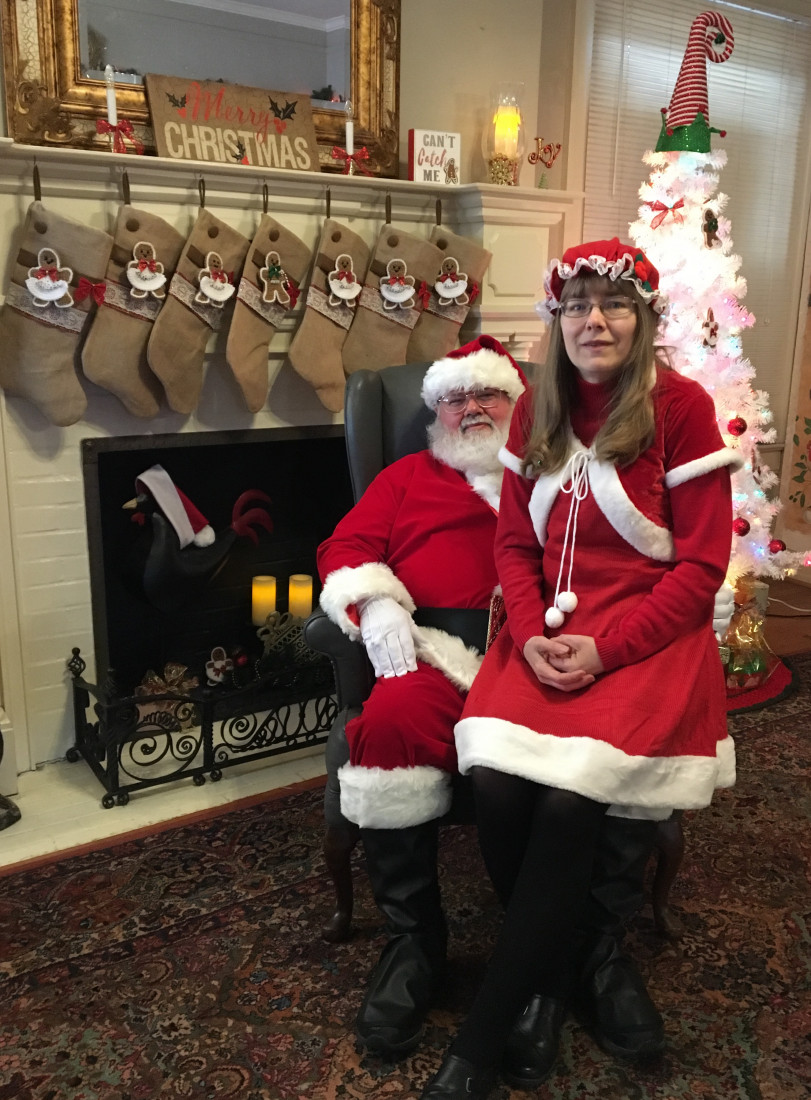 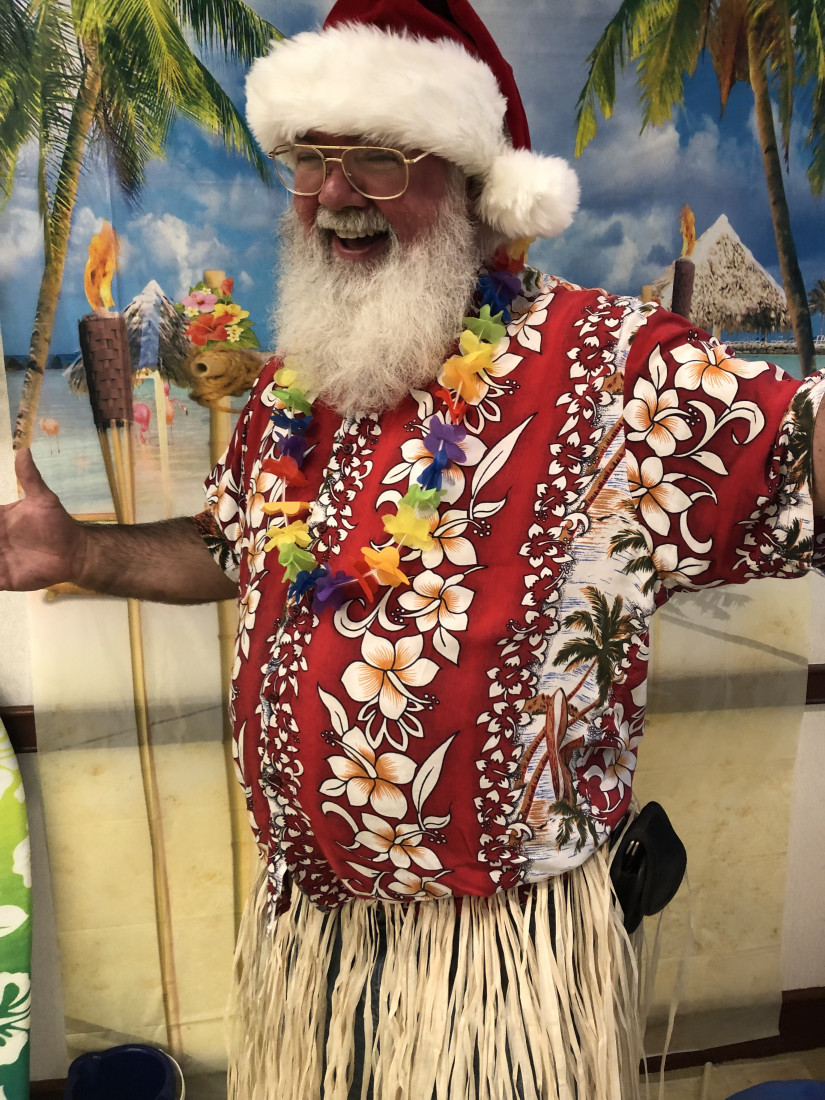 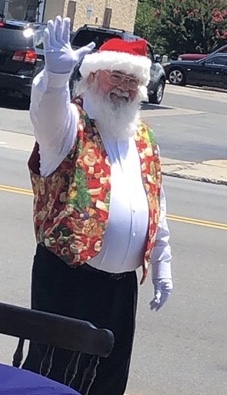 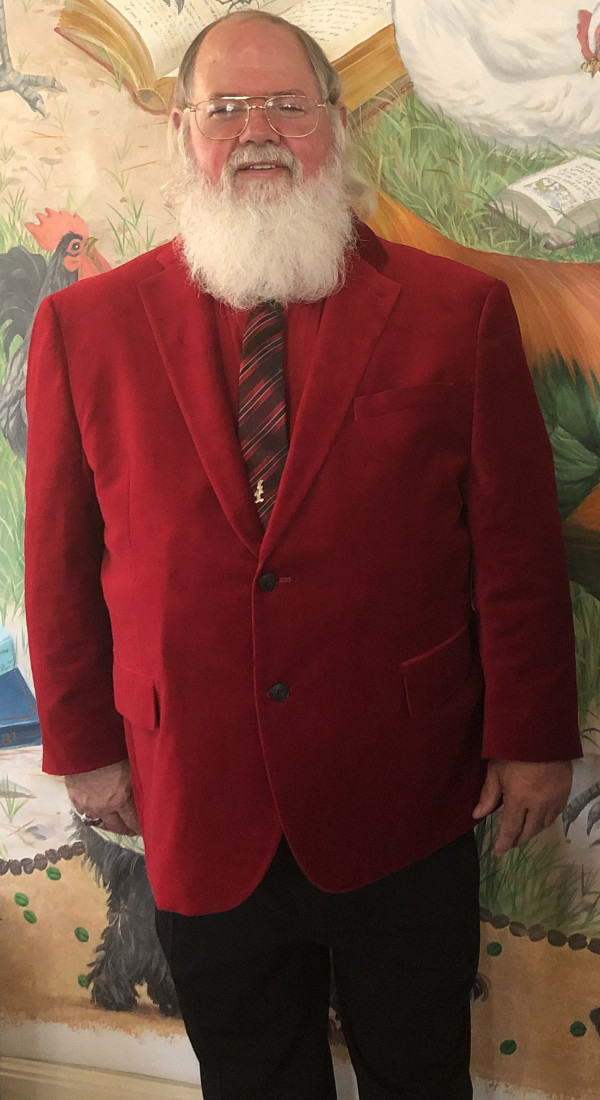 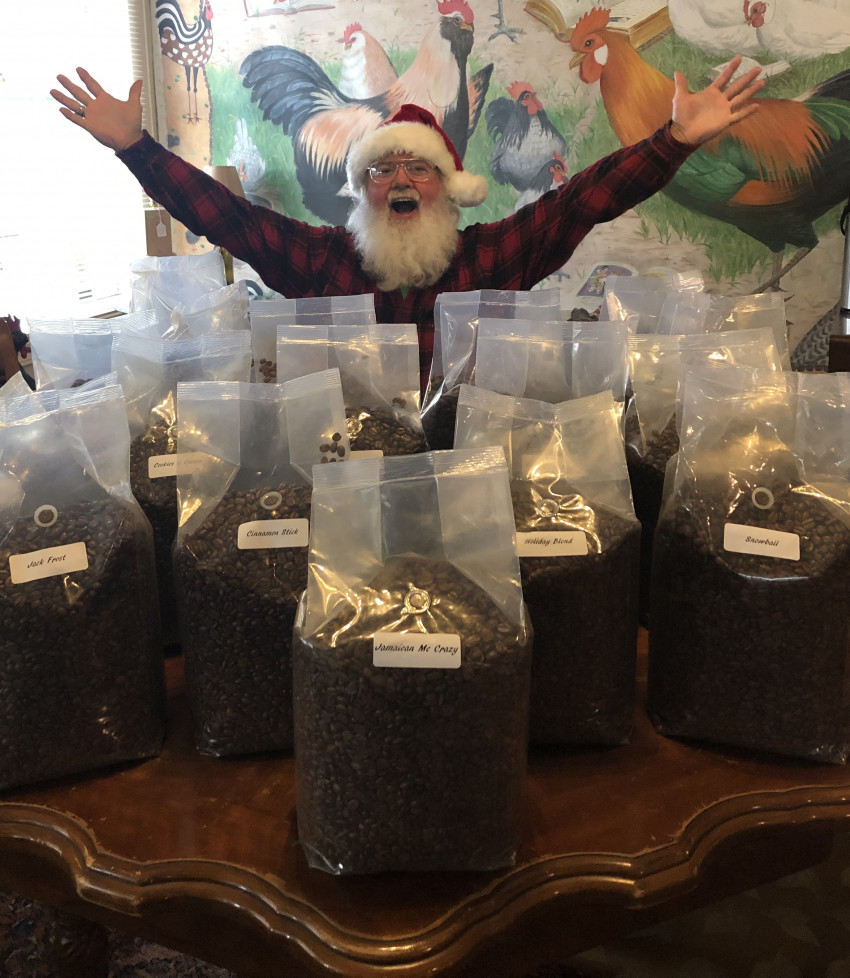 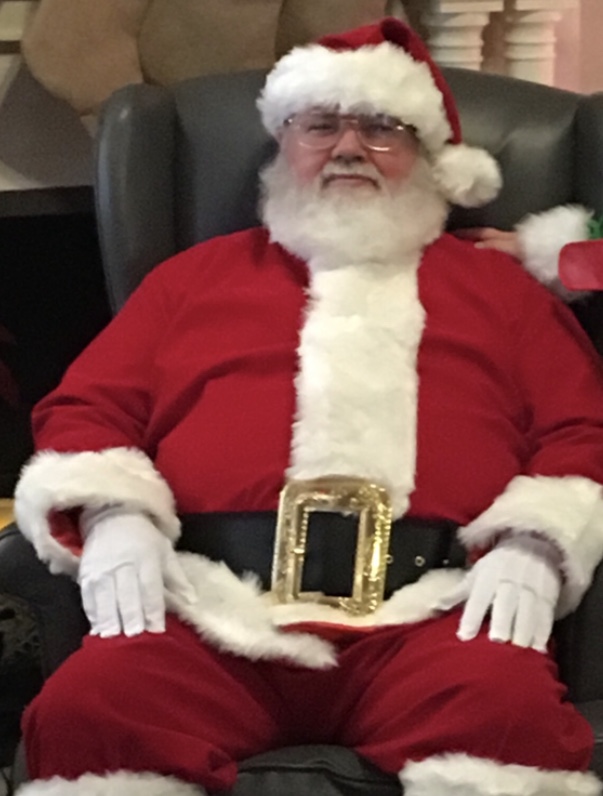 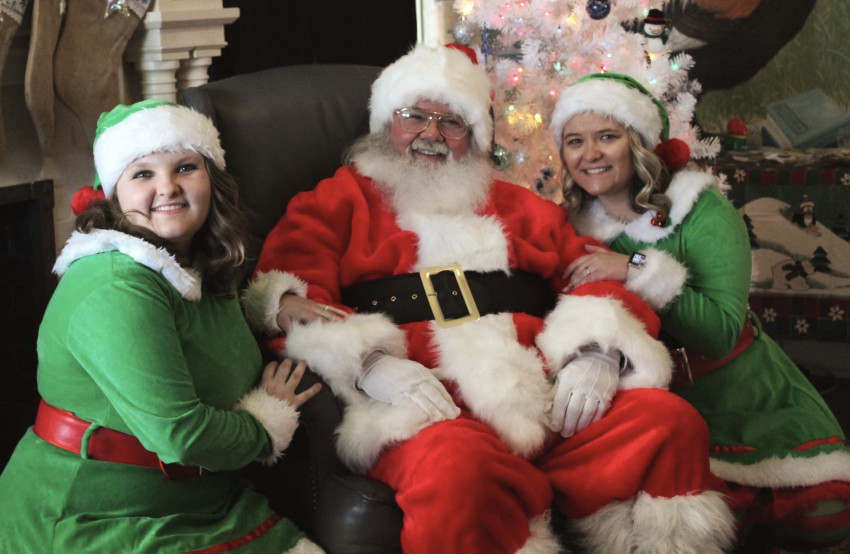 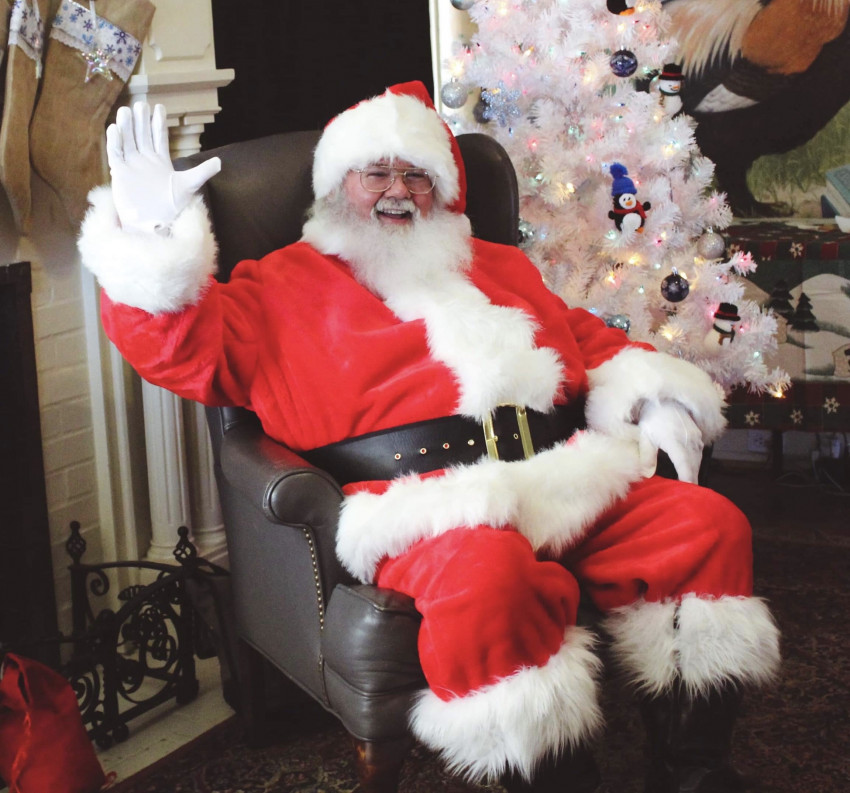 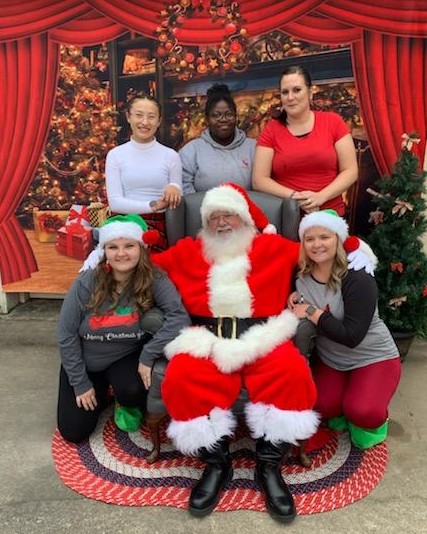 I am currently Santa Claus for the Greensboro Science Center and love bringing the joy of Christmas Spirit to children and adults alike. I am open for children events, home visits, pictures with Santa as well as business and corporate parties.
I have a current background check and I carry insurance.

Recommended I will make it that I get him next year

Santa Jeff is the best!

Highly recommend Santa Jeff. Everyone loved him, and he made my son’s Christmas even better!

Thank you.
It was my pleasure.

Santa Jeff was simply Amazing with my kids,grandkids&niece's He was so patient Even with the kids excitement all over the place he kept it so professional he was on full Santa mode 🎅❤️Thank you so much!! Will definitely hire next year🎄☺️

Thank you.
It was my pleasure.

Very polite and good with the kids

Thank you.
I enjoyed my visit.

Birthday celebration was a success

Santa Jeff was amazing! He did an amazing job at my daughters 8th birthday party and had an answer for all the children’s questions. They loved him and had an amazing time. He even signed the books I had gotten for them and handed them out. He was a joy to be around.

Thank you.
I had a fun time and I'm glad to share in with her birthday along with Christmas time.
By the way the chicken salad was really good.

AMAZING! Everyone loved him!

He is amazing! Stayed in character for the entire event, talking with the kids and keeping them engaged. He took his time with each child so ensure they were comfortable, and joked appropriately with the parents! 12/10 would recommend!

Thank you. I had a great time.

We hired him for part of our Christmas photoshoots and he was so professional and the kids loved him!! He was very accommodating for every kid and got up and out of the picture if a kid needed him to. He was so fun and made the photoshoot fun! Definitely recommend!

Thank you I had a wonderful time.

Santa Jeff was great 😊
He was on time and was super sweet. He came over to bring joy and a magical night for the kiddos.

Thank you. I enjoyed the time.

I am truly thankful for Santa Jeff. He was spectacular with all our little ones.

Thank you. I try my best to make the kids feel special.

Got to my in-laws house early and on back roads so it wasn't easy to find. Great with my girls and just all around nice guy. Highly recommend Jeff!!

I'm glad I could help make Christmas special. Thank you.

The BEST Santa there is!!!

Santa Jeff was everything we needed and more for our Christmas party. He arrived right on time, and picked up a bag of presents for the children from the spot we had decided on beforehand. He walked in right to the chair we designated for him, and talked to the children about what they had been up to and took the time to listen. We had ten under eight year olds, and things were to say the least, very hectic, but he was understanding and dealt with the craziness wonderfully. We had discussed having individual presents brought in with him inside his Santa sack, and he distributed the gifts perfectly.
First of all, I’m sure I drove him crazy with my many messages beforehand, but he handled my requests with grace. He did everything I asked of him, and even remembered and performed a special request I had asked of him. My daughter was completely amazed when he knew her Elf on the shelf’s name, and even where he had been in the previous days.
Second of all, he was such a kind, courteous, and magical Santa. He spent time with each child, took photos, and talked to them as if he had all the time in the world for them. He was dressed perfectly, had a top notch, real beard, and never broke character.
He ended his visit by reading the children a couple of fun and unique stories, and even asked questions. The children had some very unique questions, and he answered them all PERFECTLY! They were in complete heaven.
The experience of having Santa surprise the children at their holiday party was an experience they will without a doubt be talking about for the rest of their lives. Santa Jeff is the best Santa there is, I could not have prayed for his visit to go any better than it did, thanks to him! Thank you Santa Clause Jeff!!!

Thank you I had a great time and I try to do my best.
Thank you for allowing me to be part of your Christmas.

Brunch with Santa Jeff served up the best holiday spirit!

Sant Jeff was very professional and adaptable. With the 2020 Covid-19 restrictions we wanted to provide the most enjoyable but safe visit with Santa for our members, both children and adults. Santa Jeff was very jolly and welcoming. His appearance was perfect.

Thank you. I had a great time and I try the best I can.

Communication was great ! Showed up on time / played the role perfect would recommend to anyone

Wonderful with kids, really worked the room on time!

Thank you I had a good time.

Jeff was wonderful... He care on time and the kids really enjoyed and loved him.. I had 17 kids he talked to each child and took a picture with them... I loved him myself... I even booked at last minuet and he still came.. I will use Jeff every year now... He read a story to kids as well... Santa aka Jeff ROCKS...

Thank you. Every child is important and deserves time with Santa.
I had a great time.

Santa Claus Jeff was Great! The kids enjoyed home very much. He did a great job

Thank you very much. They were great.

Very Professional, was fabulous with interacting with the kids. We would hire for every year events!

I enjoyed being there and with the children.
Thank you.

Santa Jeff was amazing with the children! His demeanor, voice, calmness, etc....really was perfect! No meltdowns so Success!! Arrived early and was easy to work with.

Thank you I had a fun time.

We had Santa Jeff visit with our guests for a children’s museum special event! He was above and beyond Santa! He took time with the nervous children, he interacted with the small kids, he read them all stories, AND went and played with the kids when extra time became available! We will definitely book him again next year!

Thank you I had a great time.

A Great Santa to Work with!

Santa Jeff was great with the kids, and allowed some of the more timid kids to warm up on their timeline. He was prompt and happily greeted each child as if they were the first. Will definitely use him again!

Thank you very much. I enjoyed the evening.

Comfortable Chair to sit in. If you want me to pass out gifts you need to provide the gifts. Place to park close by.