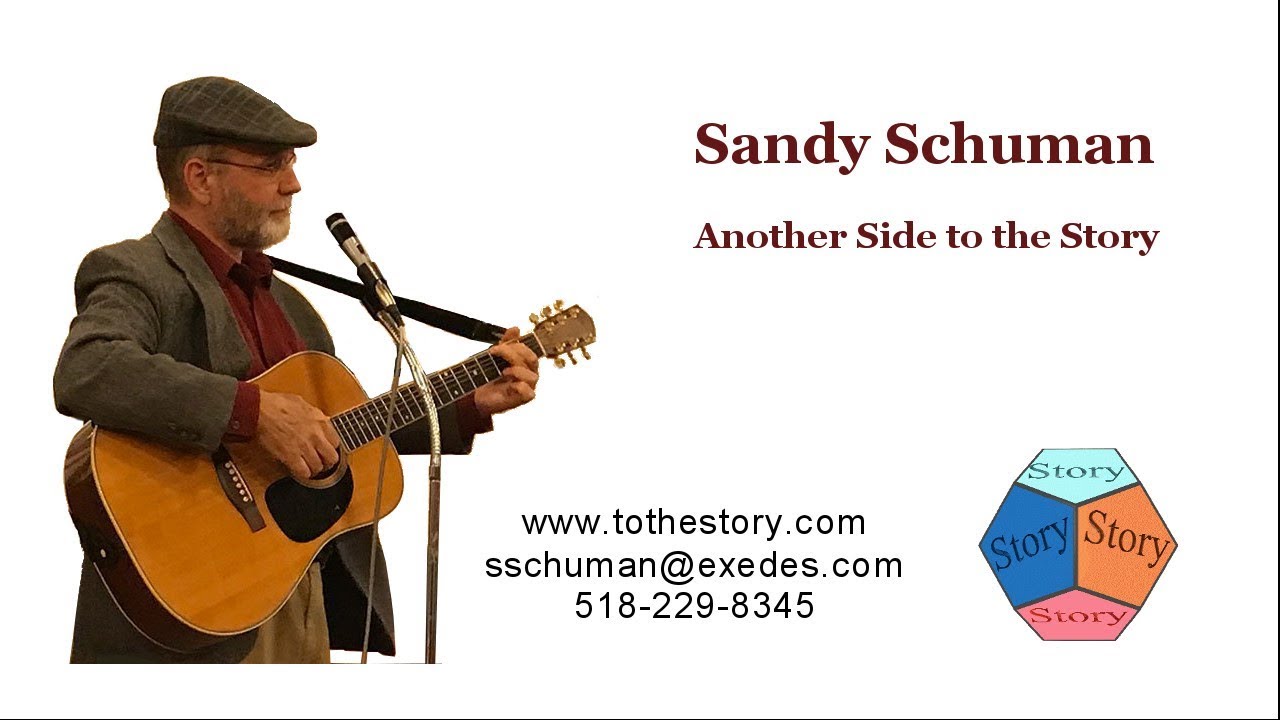 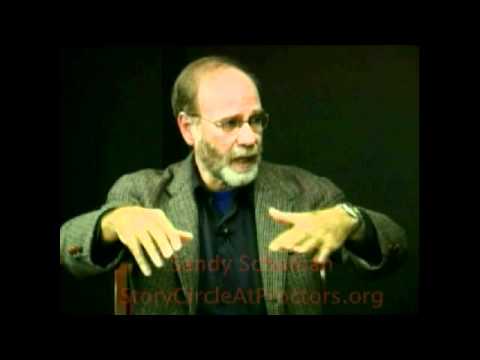 It's Hard to Tell a Hug 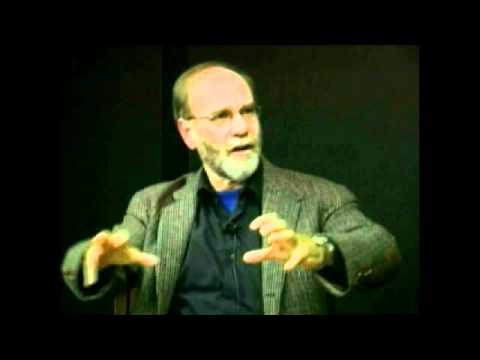 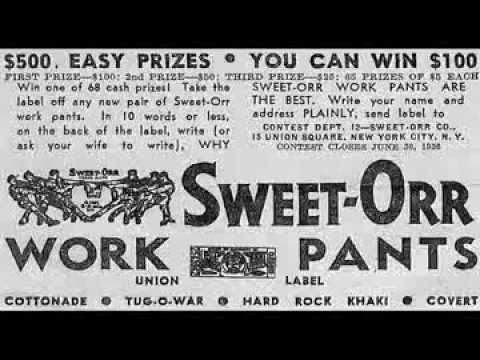 The Silcox Decision, the Living Wage, and the Grand Prize Slogan

Same and Different: the Neverending Story of Chanukah
Sandy Schuman 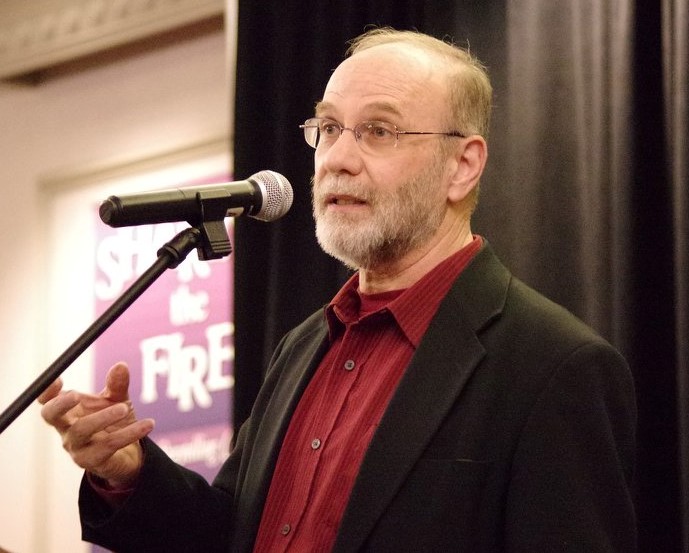 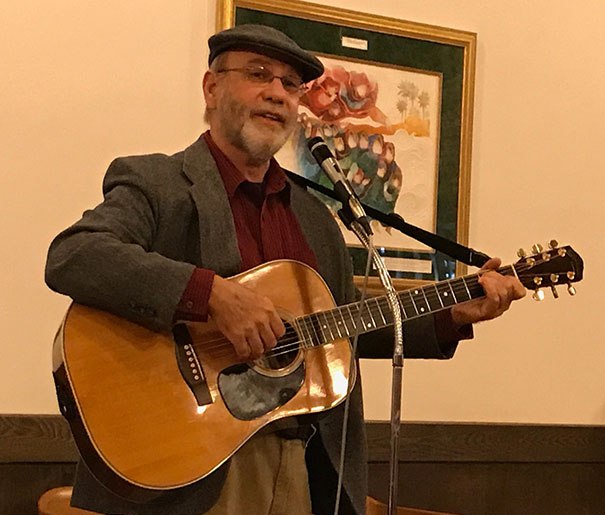 Performing "Song of the Century" 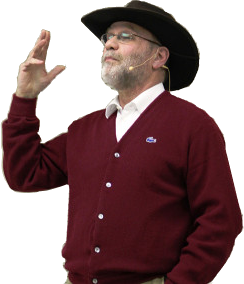 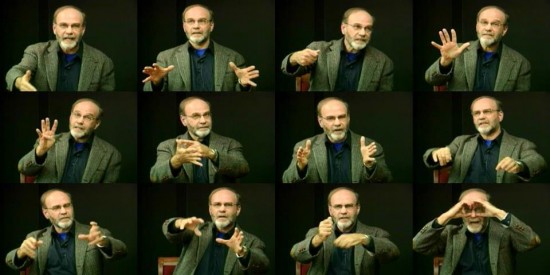 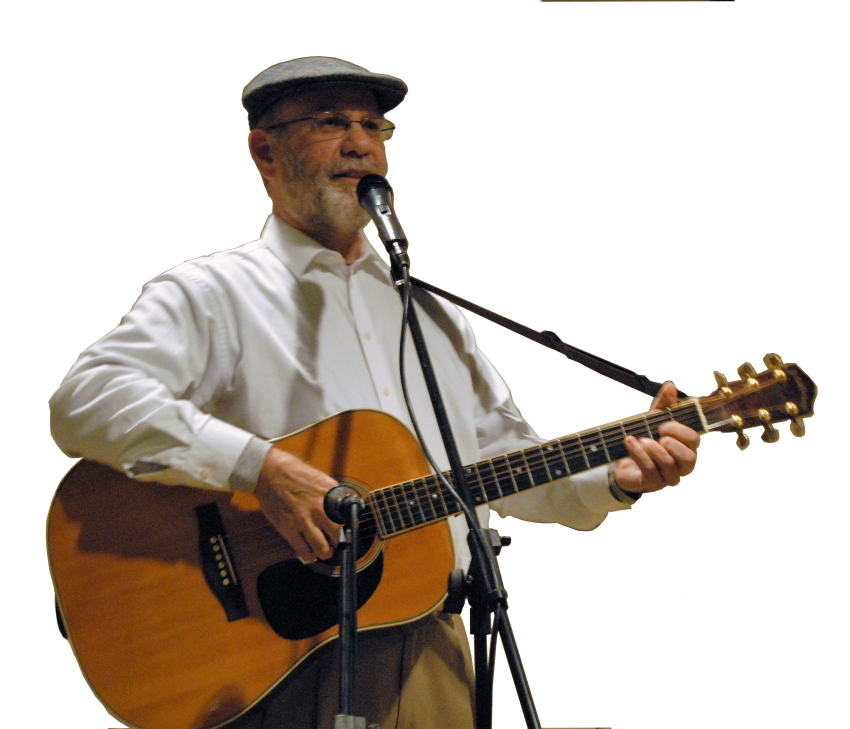 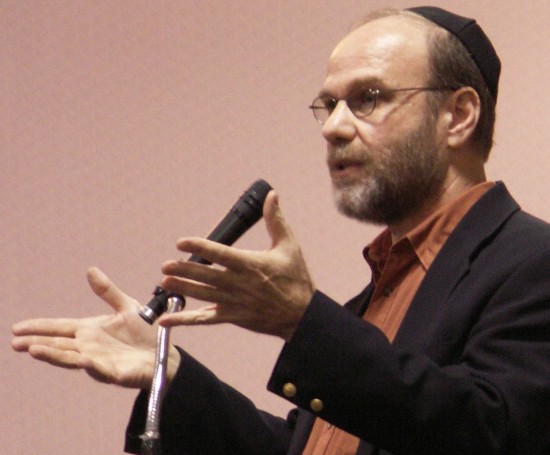 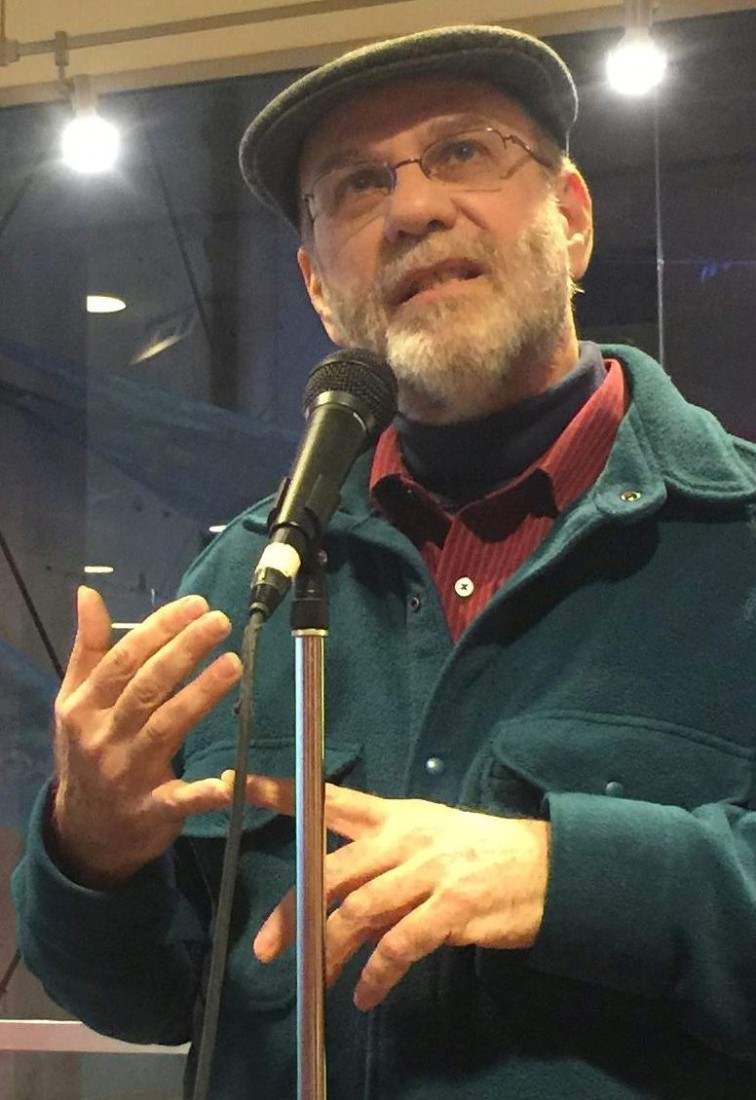 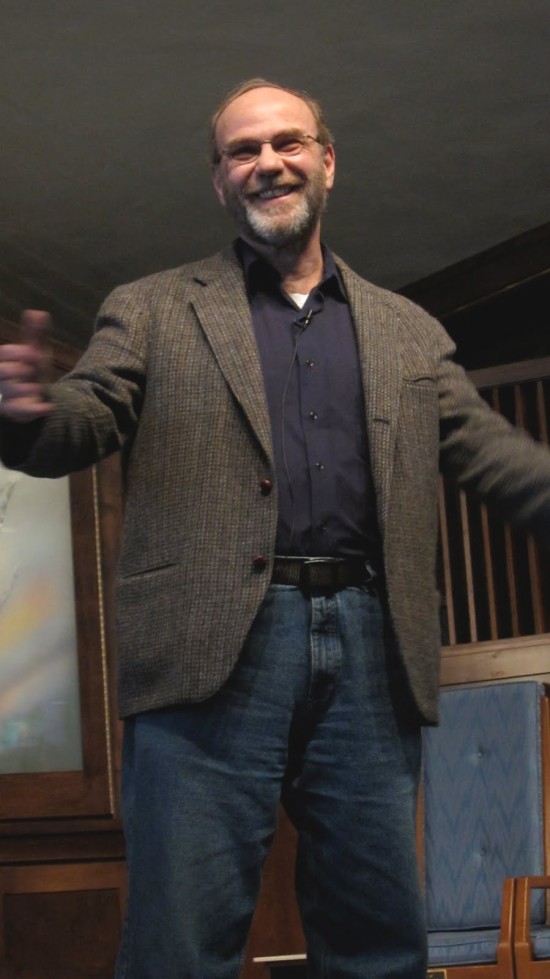 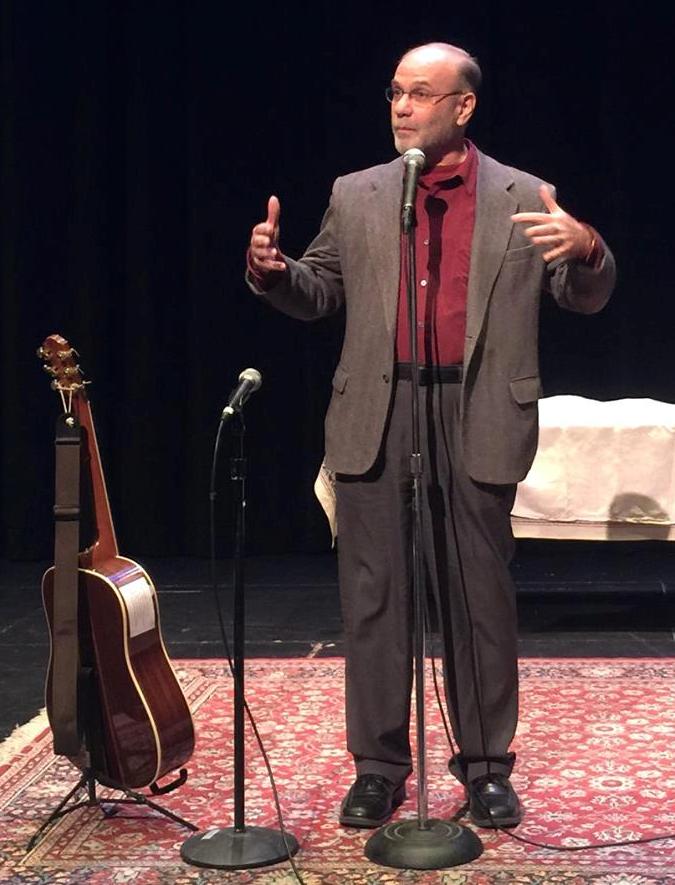 An Evening of Humor and Memories

The Spinney at Van Dyke in Delmar, NY was pleased to welcome Sandy Schuman to our clubhouse in June. What a marvelous experience for all who attended! His dry wit and wonderful stories stirred memories, some long forgotten, in our listener's. Along with much laughter, we learned history and needless to say, there were quite a few teary eyes. Bravo to a wonderful "performance".

It was a real pleasure to present "My Father Was a Storyteller" to your community. It was actually the first time I presented it in its revised form and, based on the feedback I received, I think I will keep it that way!

Sandy led a wonderful storytelling program at the Schenectady JCC last weekend. It was absolutely a treat. There is no question in my mind about inviting him o the JCC again soon. If you haven't seen Sandy telling stories yet, I recommend you to do it soon. You won't regret it.

This was the first time I presented "Welcome to Chelm's Pond" and "Familiar Songs and their Unfamiliar Stories" both in the same show. These are very different types of stories but they worked wonderfully together. I look forward to my next visit to the Schenectady JCC!

There is Always Another Side to the Story

As an adult enrichment director, I am always looking for varied programs. Sandy provided a different program by telling stories about songs and songwriters and backing them up with singing the songs and playing the guitar. He told his stories in a way that created suspense and kept the group waiting for the ending. The group enjoyed the program.

Sandy has been a participant in the Saratoga Annual Storytelling Event for five years running. He is a regular that everyone looks forward to. His homespun tales, with a sophisticated delivery, are a joy. And there is always something to take home ....whether memory or message or both. Don't miss the opportunity to see him in action!

Thanks for the kind words. I look forward to this annual event and your wonderful and appreciative audiences.

The Power of Story

The power of story was never stronger than when Sandor Schuman, Storyteller Extraordinaire, spent Sunday afternoon with us at Knesseth Israel Synagogue at the end of April. The audience was spellbound, and for days afterward, I would meet people around town and hear how much they enjoyed the program. The biggest hit? His tales from Chelms Pond, of special interest to us here in the Adirondack Foothills. Todah rabah, Sandy!

Thanks for the kind words. Rabbi Chayim Shmayim, Bloomie, Adirondack Mendel, Aufruf, and all of the wise people (and dogs) of Chelm's Pond, hope you'll join them for lunch at the Broiled Beet.

Sandy Schuman Led a Workshop on Wicked Problems with Ease

Sandy Schuman was our special guest speaker at an all-day workshop of high-level government officials. His engaging presentation, entitled "Thinking Together", challenged the audience to think outside the box, to suspend their current beliefs about committees, and to solve their wicked problems collaboratively. He was able to show them that wicked problem solving with one’s colleagues can be rewarding, satisfying, and even fun. Sandy led an exercise called "Talking Together" that demonstrated the power of collaboration in groups. He even created a Collaboration Checklist for each workshop participant to take away. We were exceptionally pleased with his performance and will have him back to help with our next "wicked problem!"

Sandy is a master storyteller, and an excellent author.

When Sandy tells a story the audience becomes engrossed in everything he is saying. He has a way of capturing your attention and keeping your interest until the last word. Sandy is also a talented writer. I'm looking forward to reading his next book.

Sandy told some very engaging stories at Schoharie Crossing State Historic Site. He read his audience nicely and was welcomed with big smiles and clear enjoyment.

I engage audiences by involving them in the story and providing them with mental images they can identify with. Many of my stories will evoke laughter, others will bring tears, some bring both. I aim to entertain, educate, and inspire.

My Father was a storyteller. It was his everyday way of communicating important values and ideas. I followed his example, but didn't realize it until several years ago.

After leading a three-day training program at the Pentagon, I read the attendees’ evaluation forms. In response to the question, What did you like best about the program? several people responded, “Sandy's stories.” I didn't understand what they were talking about, so I asked my co-trainer. He replied, “Remember you told that story about the meeting in the Adirondacks, and one about the volunteer board of directors, and another about …” I realized then that I had told a lot of stories. And that's how I found out I was a storyteller.

Since then I've told stories more consciously and formally. In public performances I tell personal adventures, historical sagas, tall tales, stories about songs and the people who wrote them, and stories in the Jewish storytelling tradition. Take a look at what I have to offer, get in touch, and invite me to tell you a story – or help you tell yours.

As a storyteller and musician, my technical needs are simple. For small audiences, amplification may not be necessary. For larger audiences: good quality microphones and amplification for both voice and guitar. For festivals and outdoor performances, there should not be distracting sounds from concurrent events or activities.

I have a repertoire of over 80 stories. On average, they are each about 15 minutes long. Depending on the audience and the event, the stories in a set may be a mix of different types (e.g., historical, personal, musical, folktale) or they may be all of one type. The following list shows a category of stories followed by a few examples. Many of the stories span two or more categories. For example, "The Transfer" is a humorous, personal story that incorporates some early 20th century history.

Historical:
- The Erie Canal: A Story of Building the Impossible
- How New York State Got Its Western Border
- Same and Different: The Never-ending Story of Chanukah
- The Forgotten Man

Folktales:
- If Not Even Higher
- A Rabbi, a Prophet, and a King Walk into a Bar
- Honest Scales 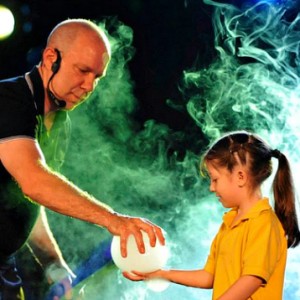 Dawn K. said “Our event was to take place outdoors due to Covid. Lea and Jeff were awesome to work with in rescheduling the date and in brainstorming ways to have our…” 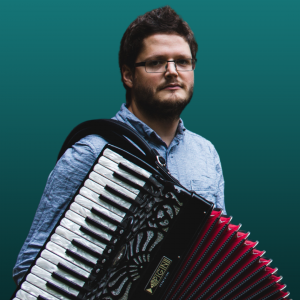 Sharon O. said “Alex was flexible and accommodating. We all had such a wonderful time at my mothers birthday. He played just as he was asked. Quiet during dinner time…” 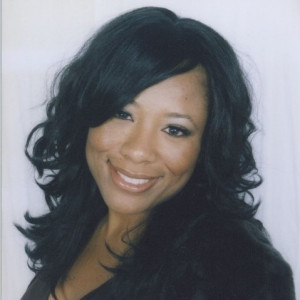 Michael W. said “Ms. Jones was amazing! Not only did she work well with our DJ, they both anchored an amazing Wedding Ceremony and Reception! I would highly recommend…” 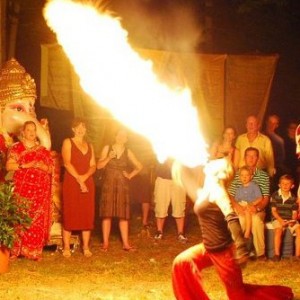 Lynette C. said “I met Lady Blaze at Burning Man and saw her perform some of her various talents, including fire hooping, hula hooping on roller skates, fire fans, and…”