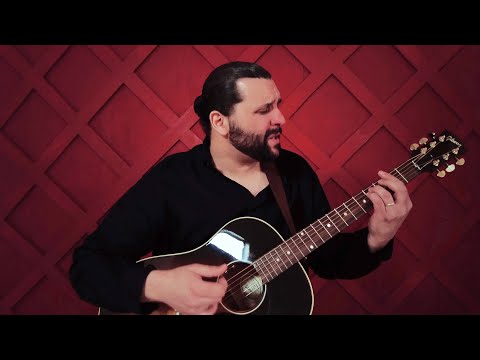 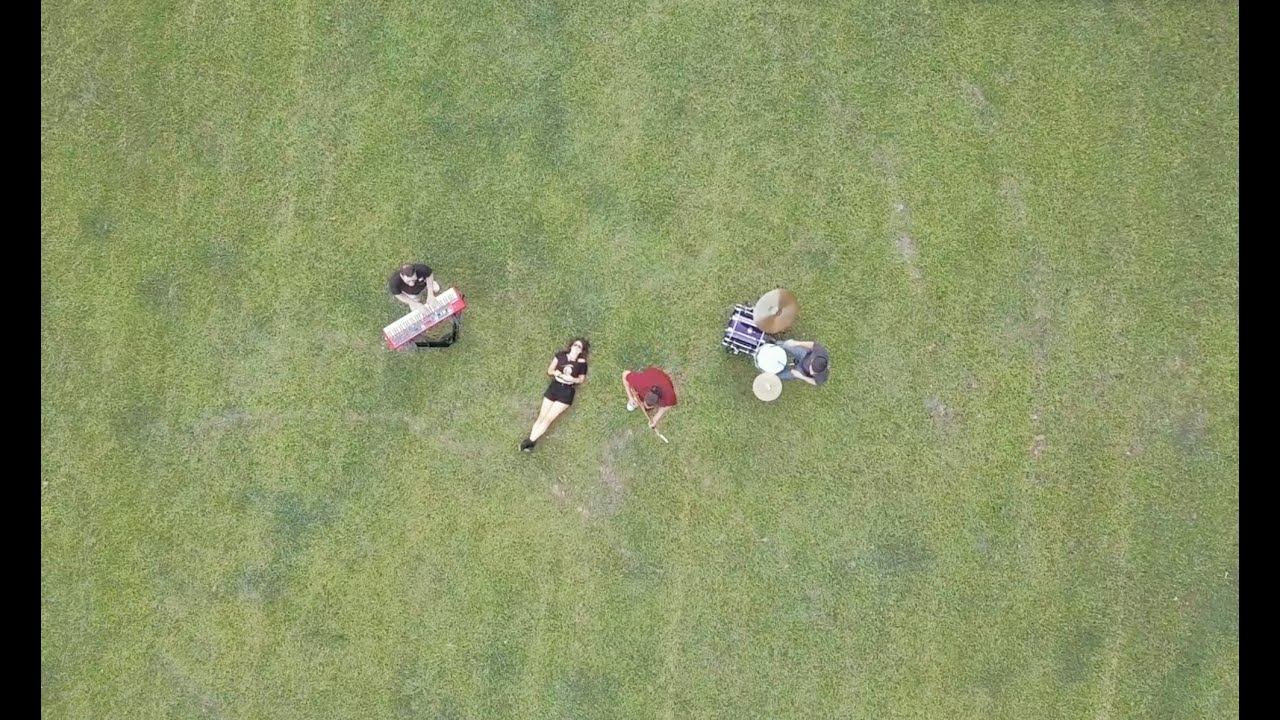 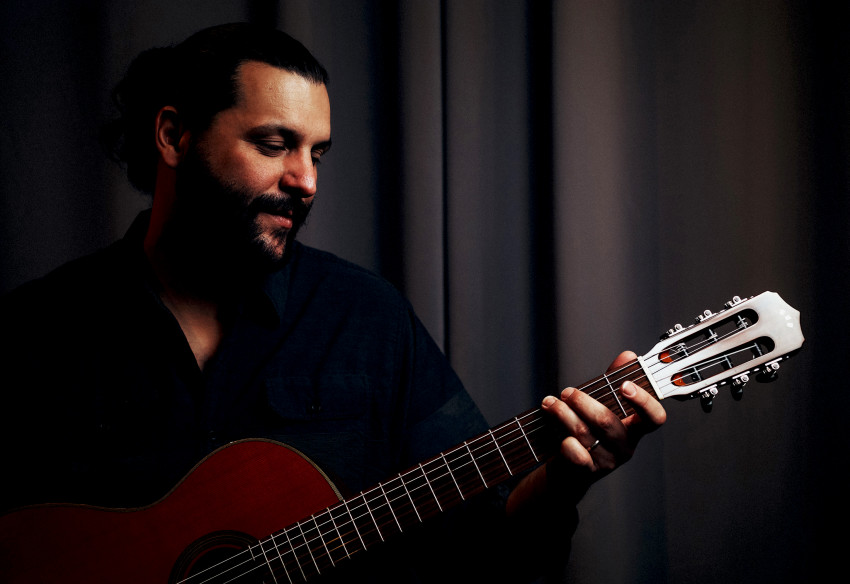 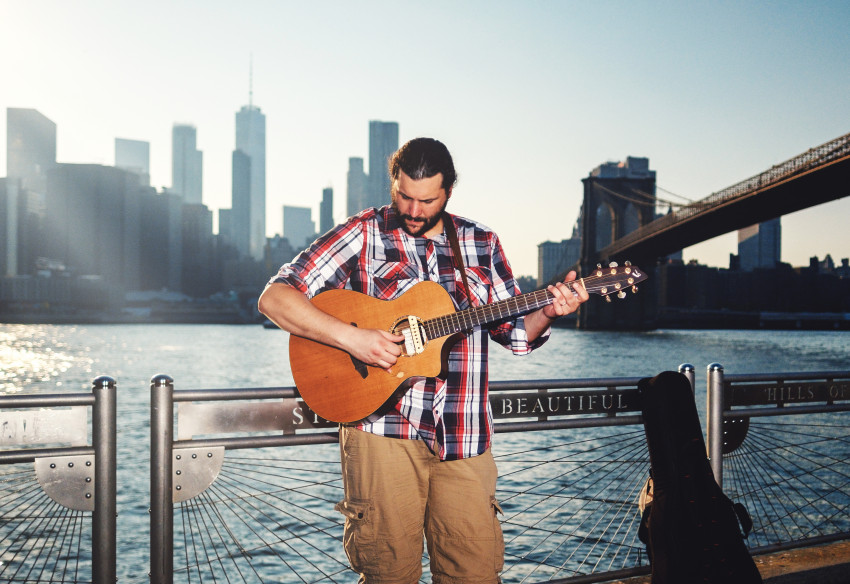 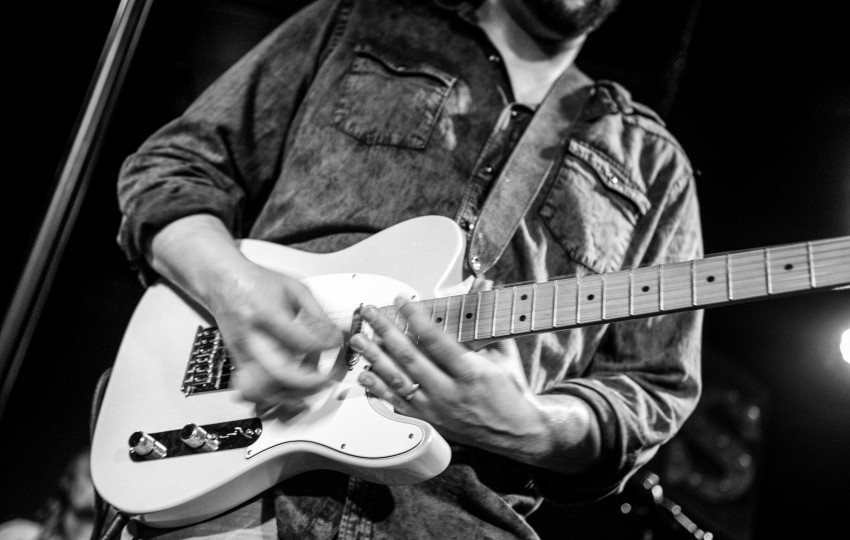 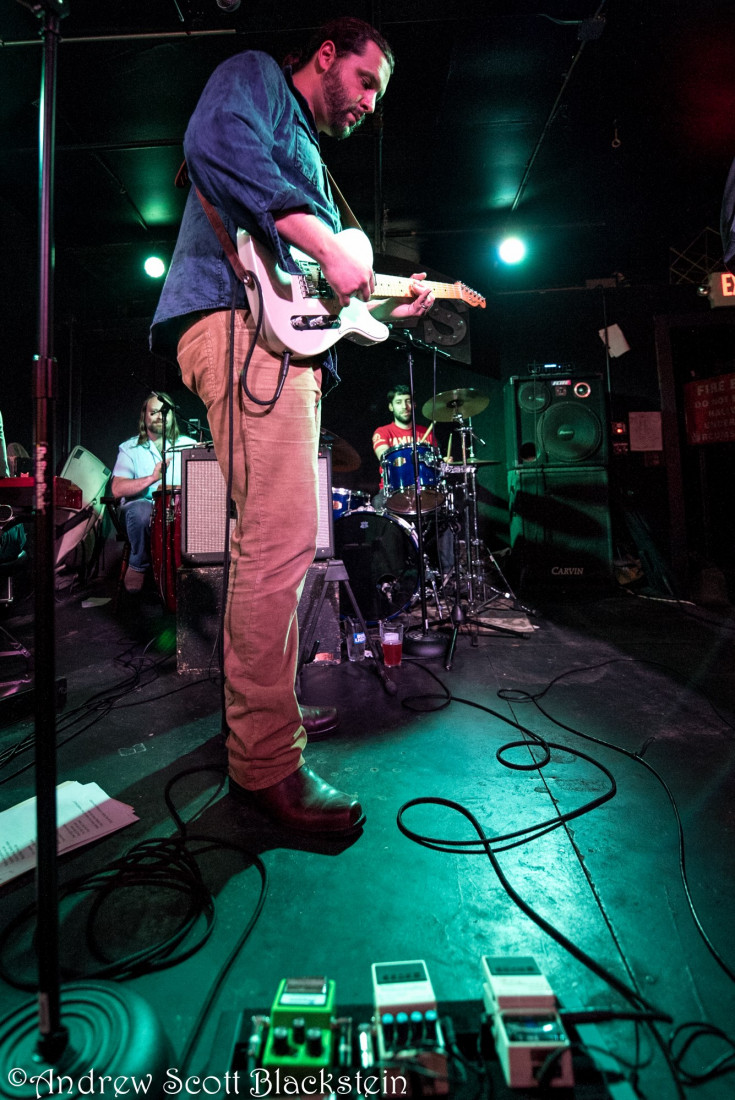 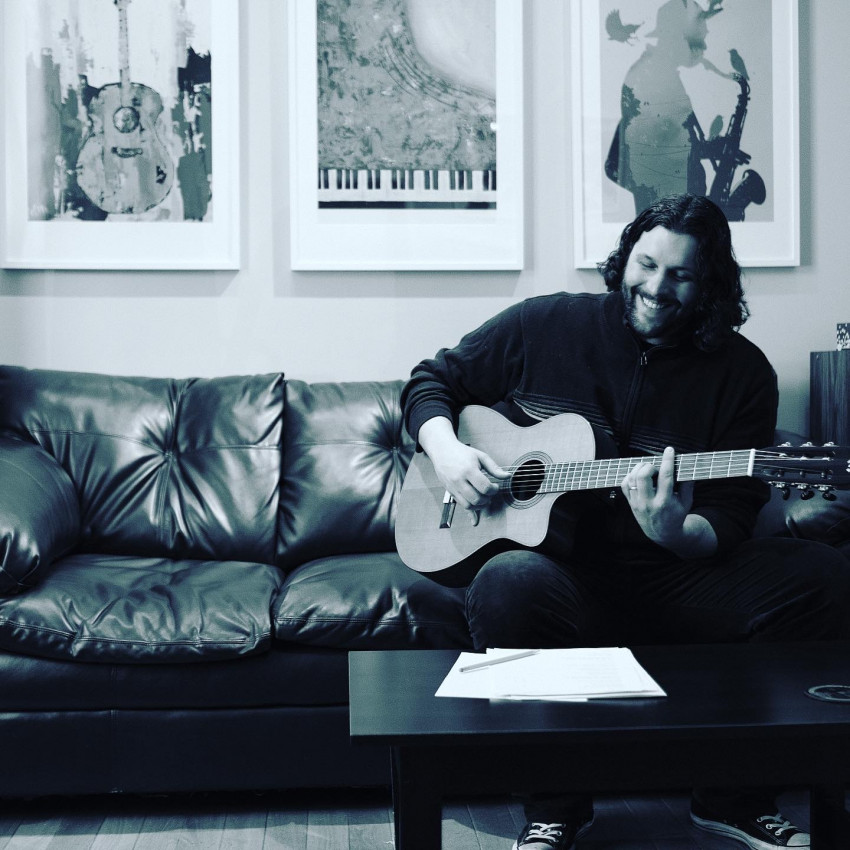 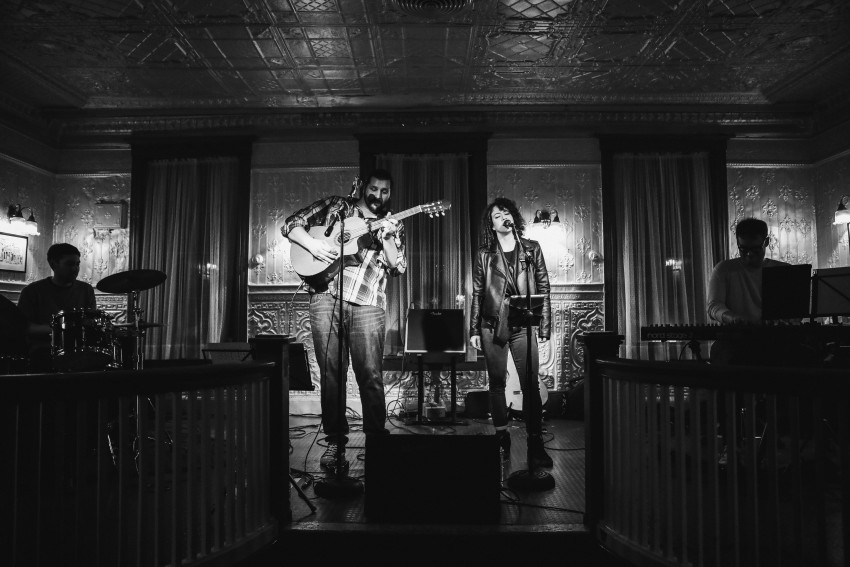 Ryan Townsend is a musician, singer, and songwriter based in the New York City Metropolitan area. Booking Ryan is like having a live jukebox. His catalog of music spans the decades to include Rock, Pop, Soul, Motown, Alternative, Reggae, Jazz, & Blues. Old school favorites to cotemporary Top 40. His performances are fun, memorable and can connect with audiences of all ages. He is commonly booked as a singing guitarist or pianist, but can also be booked anywhere from a 2 - 8 piece band. For events requiring a larger sound some typical line ups include adding drums, second guitar, piano, bass, female vocals, cello, or saxophone.

Ryan was amazing! People raved about his voice. A+, we will be using him again!

Glad to hear everyone enjoyed it! Thanks again for having me. Great to work with you and Kristen. Looking forward to performing again!

Ryan made our night!!

We had a backyard gathering for a friend’s 50th bday. Ryan was willing to perform songs that we requested. He is a talented guitarist and singer.

Thanks Sharon! Glad to hear you enjoyed everything. It was great to meet you and Allison and play for you all.

The best guy you can book!

Ryan was absolutely amazing when he played for our Rehearsal Dinner! He is an incredible guitar player and read the crowd very well! I would book him again in a heartbeat! Thanks Ryan!

Thanks John! Glad to hear you enjoyed everything. It was great to meet you and Jill. You you were awesome hosts. Hope you enjoyed the rest of the weekend!

Just a few days ago, Ryan played at our wedding for the ceremony and cocktail hour. He was timely, professional, easy to work with, and his music was absolutely amazing. Would recommend a million times!!!

Thanks, Vanessa! You and Chris were great hosts, and your wedding was beautiful. You guys picked an awesome venue. It was a pleasure to play for you all and get to meet you!

Literally the best experience ever. Communication second to none, on time, professional, so beyond accommodating, and a gentleman. He made the day that much more special for us did everything from start to finish without the smallest hiccup. Highly highly recommend. Thank you so much!!!!

Thanks, Chris!! Great to hear you were happy with everything. It was awesome to meet you and Vanessa, and a pleasure getting to play for all your guests, friends and family. Thanks again for having me!

Ryan played for our Welcome Party (essentially a massive rehearsal dinner) on the night before our wedding. The music was great and Ryan was great to work with and very flexible. Could not have asked for a better experience and we received compliments from our guests throughout the night.

Joe, it was great to meet you and Megan. I had an awesome time playing for you and your guests. So glad to hear you enjoyed everything. Hope the rest of the wedding and weekend was a blast!

Ryan was wonderful! On time, sounded amazing! Listened to all of our requests and provided exactly what we asked for!

Thanks Jennifer! Glad to hear you enjoyed everything. It was great to meet you and your family. You guys were awesome hosts!

Exactly what I wanted!

Ryan performed for my husband and me at an intimate birthday dinner at our home. He was professional, friendly and sang every song beautifully. He even took requests. I’d highly recommend Ryan and would book him again in the future.

Glad enjoyed it Lori! It was pleasure getting to meet you and perform for you and your husband. Hope to do it again sometime.

Ryan provided exactly what we were hoping for.

Ryan was very professional and his great variety of songs and singing voice was exactly what we had hoped for.

Thanks Paul. I’m glad you enjoyed the performance. It was great to meet you and a pleasure to play your event.

I hired the Ryan Townsend Band to play music for the ceremony and cocktail hour portion of my wedding, and I could not have been happier. His voice is absolutely beautiful. He was incredibly quick at responding to any questions I had, was able to recommend a great list of songs for the event, and was a true professional. He even traveled all the way to Kerhonkson, NY for my wedding. I can't begin to explain in words how lucky I feel to have found the Ryan Townsend Band for my wedding. It was absolutely perfect. Thank you, thank you, thank you!!!!

Thanks, Kiersten! It was a pleasure playing for you and your guests. It was great working with you as well. You were an awesome host and very accommodating. Glad to hear you enjoyed everything!!

Ryan was a fantastic addition to our backyard party! He’s such a talented guitarist and vocalist. Our guests were really impressed with him and how well he played to the crowd. His selection of music was on point! I wish we could’ve had him there all night but of course all good things come to an end. Working with Ryan was easy and seamless. He was responsive with emails and texts, arrived with plenty of time to set up, and was extremely kind and courteous. We would hire him again in a heartbeat, he was the icing on the cake. Thank you Ryan!

Thanks Valerie! You were an excellent host. It was a pleasure to play for you and your guests.

We were so happy to have Ryan play at our Lobster Bake! He was totally professional, read the room really well, and played great! I highly recommend him!

Thanks Sarah! I had a great time performing for you all at the beach club. You were a great host. Thanks again for having me!

Ryan is a great song writer, takes direction well and did a fabulous job for us!

Thanks Connie! It was my pleasure getting to write the song for Kim and Ryan's proposal. All the best!

Some last minute changes were made with my daughters wedding. He was great with adjusting times and location due to weather. Performance was excellent. We were all very happy with everything. Highly recommend hiring him for any event.

Thanks Veronica! It was my pleasure. I'm glad you enjoyed everything. It's was great to meet you and play for your families.

Ryan was an incredible addition to my friends 50th birthday party.

Thanks Valerie! I'm glad you enjoyed everything. It was a pleasure getting to play for you and your guests.

We recently hired Ryan for a birthday party for about 80 guests for my wife and myself. Ryan was very responsive when we were gauging his availability. We went over the details of the venue and ages of the crowd and he made some great suggestions about what he thought made sense. This included playing an instrumental set on the acoustic guitar as guest arrived in the bar area and later moving to his setup in the party room for the main show. He did a great job of reading the room and playing to the crowd. Ryan covered lots of ground between music genre's to make sure everybody heard what they wanted and had a great time. The party had an age range from 8-80 so this was no small task. Its hard to put him in a box because he covers so much ground. Ryans adds amazing vocals to his his incredible guitar work to produce an incredible sounding set. We will definitely hire Ryan again and will for sure plan a future date around his availability.

Thanks Doug! I'm glad you enjoyed my performance. It was a pleasure getting to play for you and your guests. The Boxcar was a great venue and you and your wife were awesome hosts as well.

Ryan has the voice of an angel... sounds cliche, but it’s true. He plays all genres and takes requests! Many of his versions I prefer over the originals. Super talented, easy going, a pleasure to listen to and work with.

Ryan was the perfect musician for our party!

I can highly recommend Ryan Townsend for any party! He was amazing! Ryan was so great to work off from the minute we hired him! Great communicator, very nice and on time! He made everything so easy! He played a great selection of music that everyone loved! His voice is excellent and he is an all around talented musician! You won't be disappointed! Thank you Ryan for making our night so much fun!

Thanks Megan!! The party was great and you were an excellent host. It's was pleasure meeting you and Brian, and getting to play for you and your guests! ~ Ryan

Ryan is an experienced professional who works attentively with each client to cater to their precise needs. He is reliable and always readily available. Communication is a top priority. While helping to coordinate and accomplish the goals of your event his patience and flexibility will help make it a smooth process. He will work with you to build a unique set list based on the style of music you want and the atmosphere you are trying to create. He can keep a room entertained, all while adapting to the crowd and taking requests.

Ryan Townsend is a singer/songwriter producing an alternative blend of rock and folk songs with spirited guitars and textures, creating unfettered acoustic driven compositions that share a genuine warmth and intimacy.

Professing a soulful balance, his voice evokes influences from Joe Cocker to Ray Lamontagne. He travels the divide between genres, crafting tales with a vintage spirit told in a rhythmic full-throated language. “I’ve always been attracted to the emotions and connections that music can make. How a simple melody or lyric can take you back to a certain place or time just like a photograph.”

Based is Nyack, New York Townsend operates out of his studio and label RCT Music Group. He brings his music to a loyal ever-growing fan base performing in and around the New York City metropolitan area and greater east coast. His live performances deliver an inspiring and memorable experience, playing a wide range of songs that connect with audiences of all ages.

Some of the singers and songwriters who have influenced his style and approach include: Van Morrison, Paul Simon, Eddie Vedder, Chris Cornell, Otis Redding, Tom Petty, Ryan Adams, and Ray Lamontagne .

Over the past decade he has recorded and released a widespread catalog of music. His songs have been featured in Lionsgate films, NBCUniverisal television, and on Sirius XM radio.

My song list includes a popular blend of music that spans the decades from the 1960's to today. Style's include rock, pop, blues, motown, reggae, folk, funk, jazz, and instrumental arrangements. For a detailed list of around the 500 songs I have in my catalog please message me and I will send you a PDF.