Ryan Kelly - A Dozen Women in One 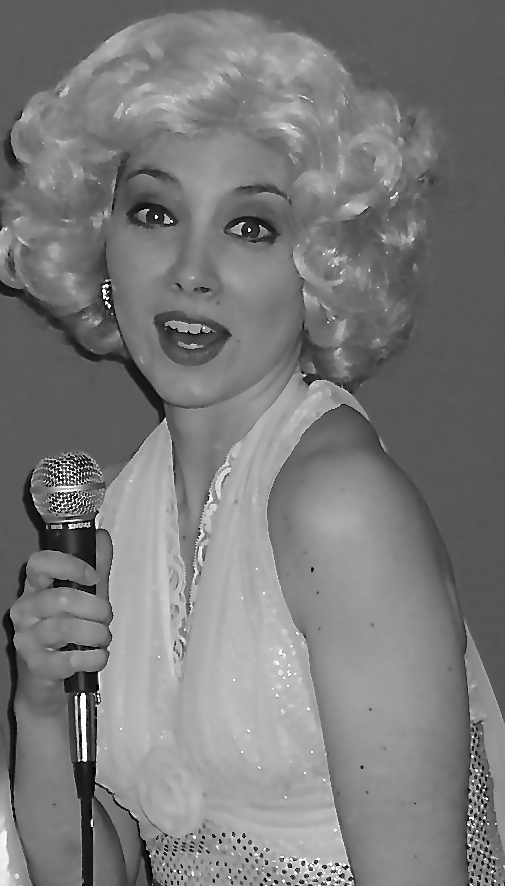 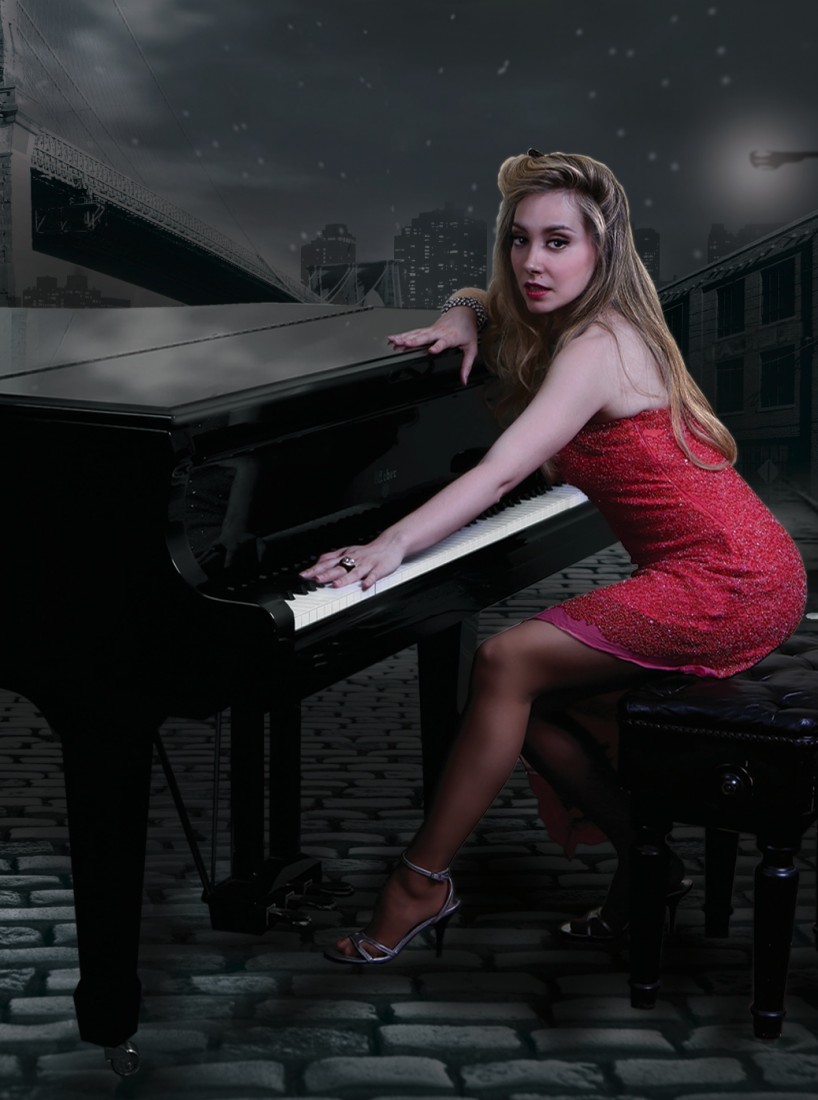 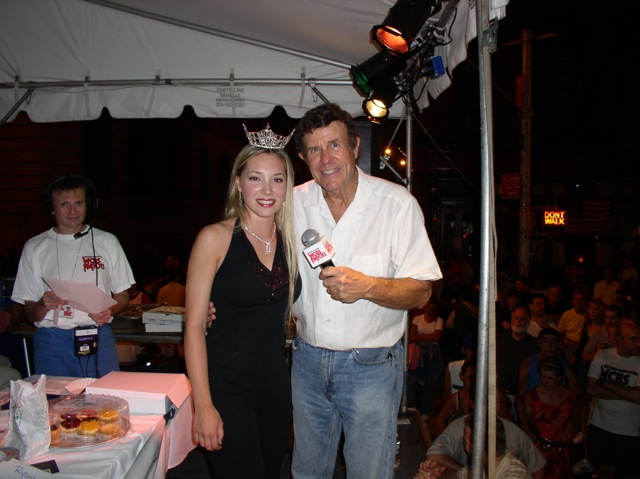 I'm also a singer/song writer, (my debut album was submitted for consideration for 5, 2013 Grammy Nominations.) I accompany myself on piano or keyboard, and have fully produced TV backing tracks for all the songs on my CD - Not Just Another Girl -

This woman is phenomenal. So many young talents are a pretty voice, a pretty face, dime a dozen. But Ryan Kelly is like a wish come true. She pays attention and listens to her clients and what they need. She's attentive, adjusting to whatever the circumstance. She's super smart, as you will see in just 10 mins of conversation. She's a singer, a songwriter, a playright of cabaret, a voice coach, an acting coach, and a speech therapist who knows quadratic equations to boot! Oh, and very attractive too. Former Miss Staten Island she was (but she won't tell you, she's too humble...so you'll have to inquire).

Ryan Kelly is a woman of many voices and talents. She is a fantastic front person, and the ultimate entertainer. She's equally adroit at speaking off the cuff, or working with scripted material. Her charm and humor are infectious, and the accuracy of her vocal impersonations is stunning. She'll wow you with a flirty Marilyn, Rock you as Cher, drop your jaw as Patsy Cline, rev you up as Liza, and bring a tear to your eye with her Judy Garland. Ryan is a classic film buff and weaves stories, memorable moments and anecdotes from the golden age of cinema through her material. Ryan also covers current top 40 songs, disney material, broadway show tunes, Italian songs, 50's 60's Rock n' Roll, Motown, Soul, Funk, Jazz, Standards & Blues. Ryan's repertoire of cover songs is extensive, multi-faceted and staggering, she's a human jukebox. (Ryan is also comfortable accompanying herself on piano.) She can perform as the vocalist part of a piano vocal duo, with a larger live group and/or with backing tracks. (Ryan also has fully produced backing tracks for entire debut CD of originals.) Some of her singing, acting & singer/songwriter credits are below. Thank you for your time and interest. Ryan can't wait to entertain you!

Ryan Kelly, (singer/songwriter), debut album of originals, not just Another Girl, (produced by Terry Fabrizio at Trevi Music studios), is being played regularly on radio stations (1100 AM WHLI, Jonathan Schwartz's 93.9FM WNYC and Sirius Radio). In the summer of 2013 Ryan, opened for The Duprees at The Queens Park Theater, she also opened for Chris Botti at The St. George Theater, and her third radio interview aired on WHUD FM. Ryan played the TBAIMS festival at Tobacco Rd in Dec. She was last seen at the Christopher St. Coffee House in Jan and March of 2014.

Ryan is at ease in many genres and paints from a broad musical palate. Headline appearances include: Birdland Jazz Club, The Bitter End, The Duplex, Merkin Concert Hall, Ars Nova, The Player's Theater, The Broadway Waterfront Festival, The San Gennaro's Festival, The Laurie Beechman, The Friar's Club, Bryant Park, The Iridium (with the late great Les Paul), and at the New Year's Eve Celebration in Times Square for a crowd of over 20,000.

Ryan was featured at Citi Field, and in Atlantic City, on the main stage of Harrah's Casino singing lead vocals in Le Ombre. In LA, she's appeared at The Hayworth, and the First & Hope Theater's in TUPELO. Ryan is also featured on the TUPELO album, singing the duet - If You Talk In Your Sleep with Jeremiah James, (Yellow Sound Label.) Ryan shared the stage with David Zippel, John Bucchino & Amanda McBroom in the Johnny Mercer tribute concert at Chicago Northwestern Univ - (Hosted by Michael Kerker.)

Ryan is also an accomplished actress, favorite roles include: Maggie in Cat On a Hot Tin Roof - W VA Public, Brutus in Julius Caesar - Borough Hall, Brooke/Vicki in Noises Off - Veterans Memorial, Elsa in Joy - off-b'way, Young Phyllis in Follies & Philia in A Funny Thing Happened On The Way To The Forum - The Music Hall, Belle in Beauty & The Beast - The Patchogue Theater. Ryan's three times played the lead female vocalist in My Way, (the Summer Wind Sinatra Review.) Other notable performances include a double role in the Sonny Grosso / Phil Ramone Production of Be My Love – The Life of Mario Lanza in Song at The Tillis center. Film/TV: ABC's All My Children & MTV's Parental Approval, she plays Sissy in the film Outrage. Ryan also plays Tiffany, the vocal impersonating swing dancer, in Dorian Blues.

A graduate of Carnegie Mellon’s Musical Theatre program where she received a BFA in drama, Ryan is also an AEA member, received a COAHSI award for excellence in vocal performance, a Premiere Grant to produce her one-woman show - A Dozen Women In One - at CSI's performing arts center, and is an alumnus of Northwestern University's Johnny Mercer Songwriting Workshop. Ryan is a member of Andrew Lippa's Writer's Block, (a song writing salon for up and coming composers and lyricists), Ryan is also a member of The Shakespeare Forum. Ryan is a former Miss Staten Island. Presently teaching the singing, voice & speech, and acting. Not just Another Girl is available on Amazon & I-tunes and was submitted for consideration for 5, 2013 Grammy Nominations.

Depending upon weather you want an impersonation heavy set, or a set of cover songs, or a singer songwriter set - you can expect an array of tunes. For example:

Diamonds Are A Girl's Best Friend / Happy Birthday Mr. Pres. / I Wanna Be Loved By You --- Marilyn Monroe impersonation
Will You Still Love Me Tomorrow --- Shirelles
All Of Me --- John Legend
For Once In My Life --- Stevie Wonder
A Thousand Years --- Christina Perri
Be My Baby --- Ronnie & The Ronettes
I Left My Heart In San Francisco --- Tony Bennett
Let's Stay Together --- Al Green
You Made Me Love You / The Man That Got Away / Somewhere Over The Rainbow Medley --- Judy Garland Impersonation
Let's Give Them Something To Talk About --- Bonnie Raitt
Hold Me Thrill Me --- Mel Carter
Let It Go --- Frozen
Crazy --- Patsy Cline Impersonation