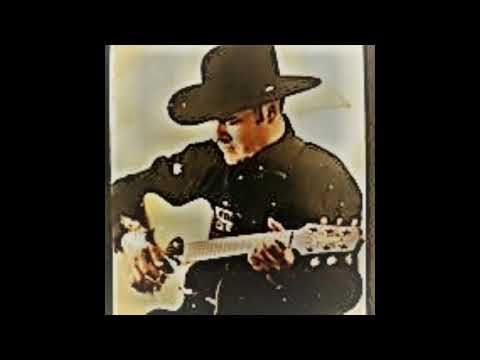 Rupert Duncan - The Best In The West 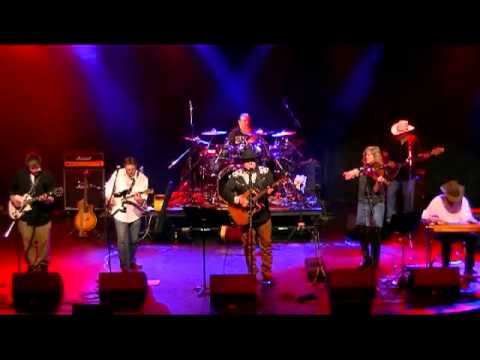 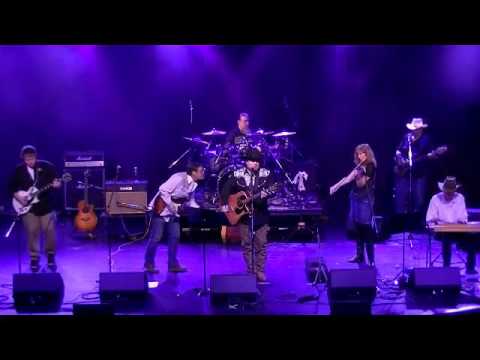 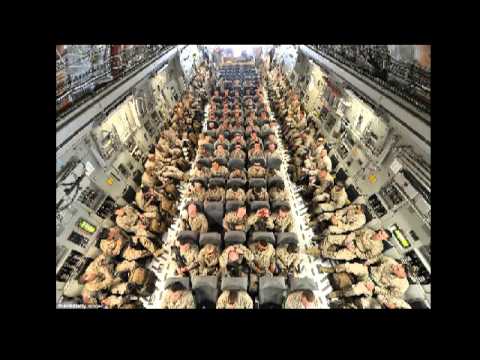 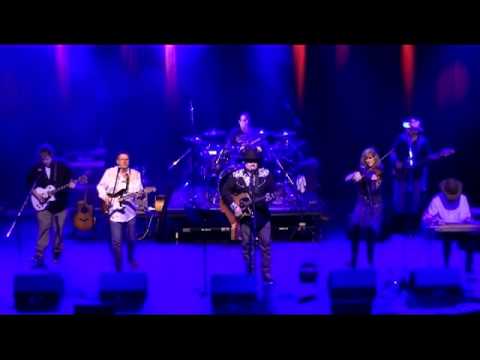 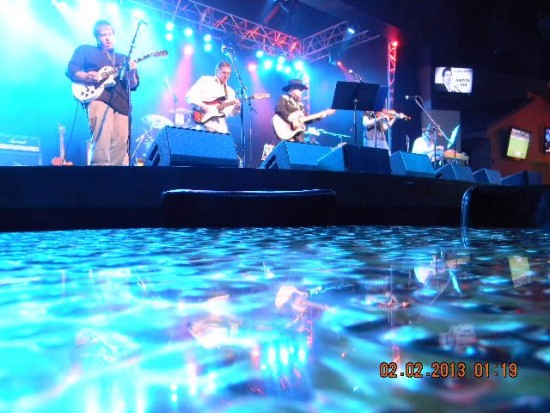 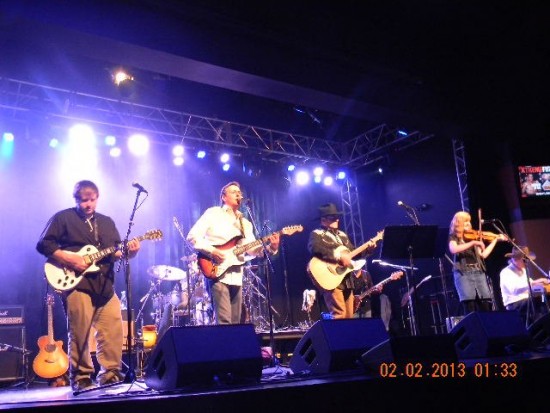 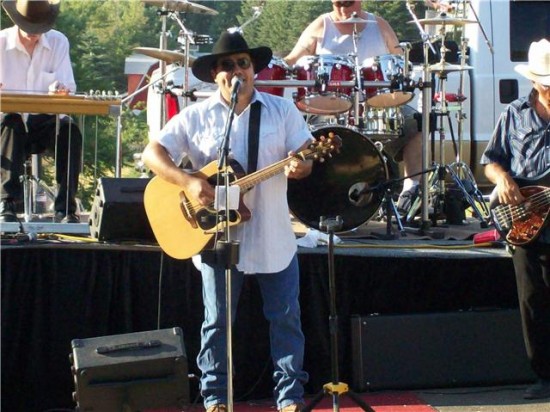 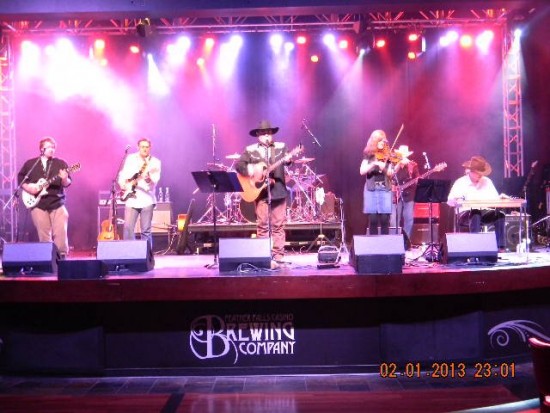 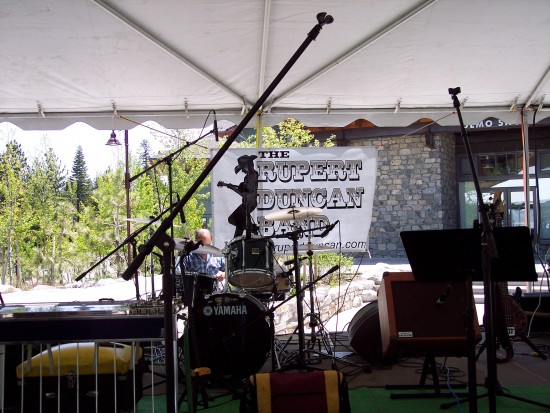 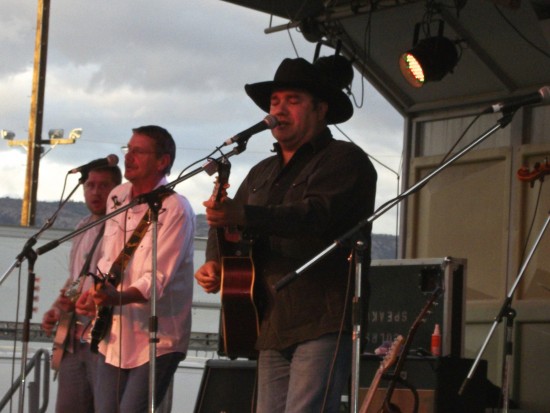 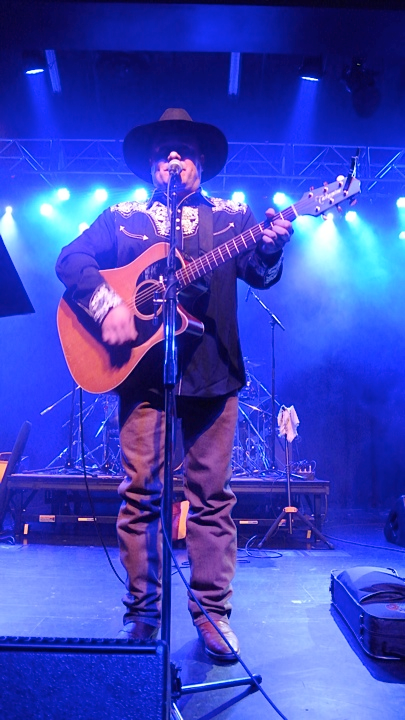 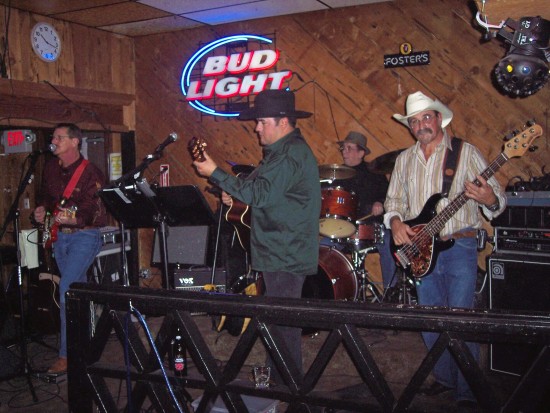 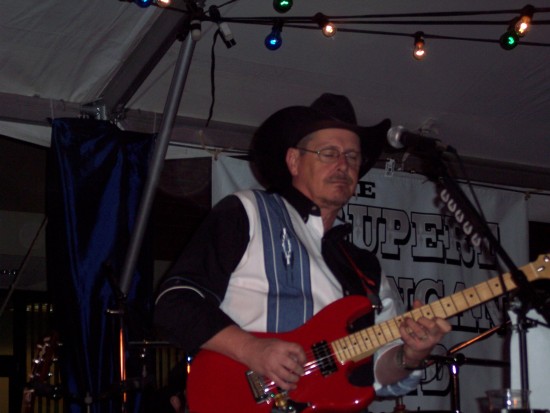 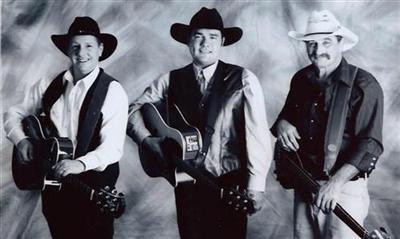 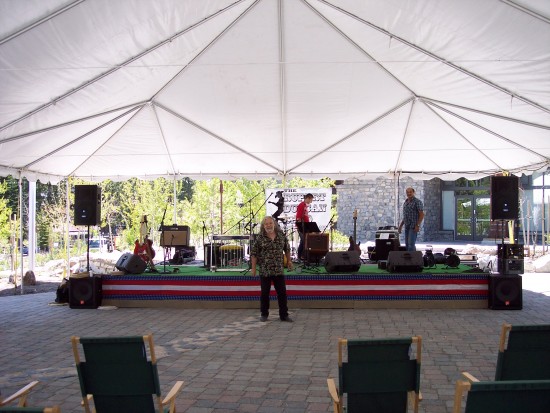 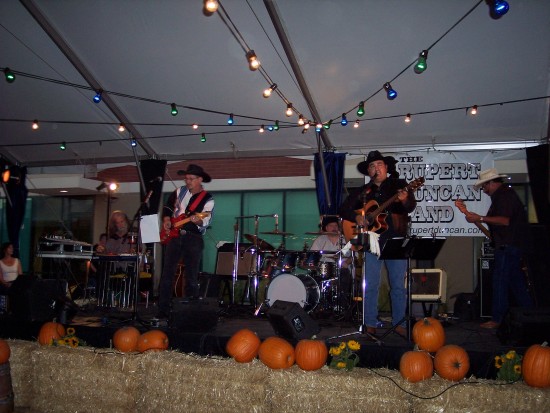 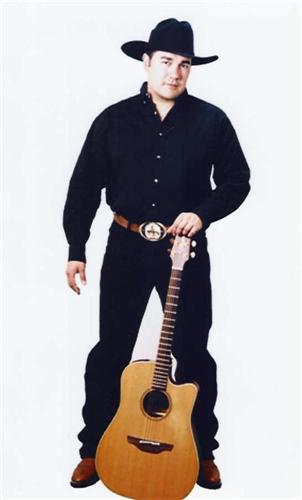 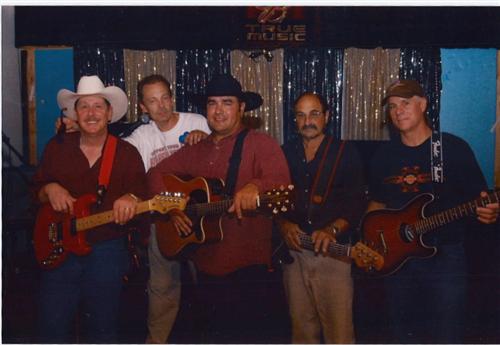 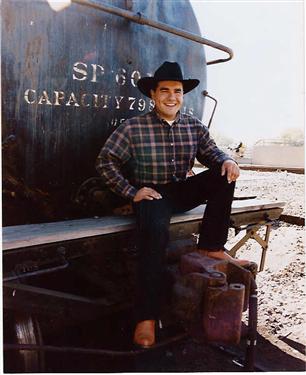 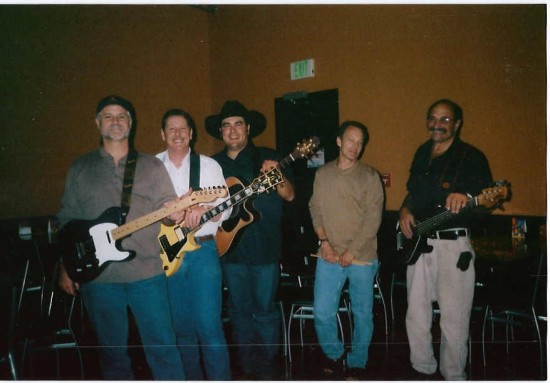 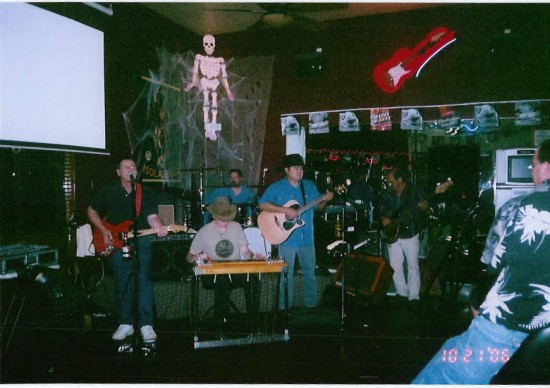 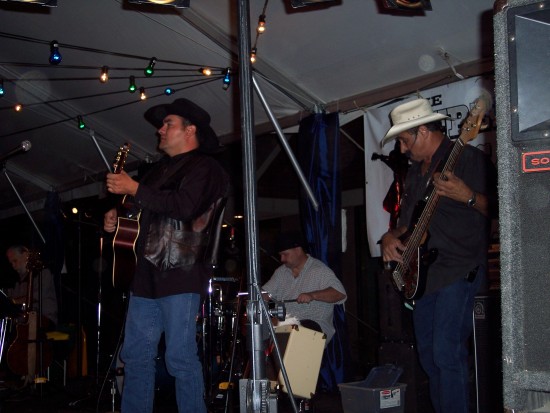 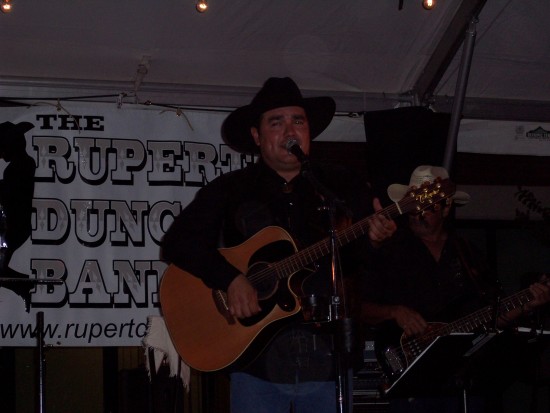 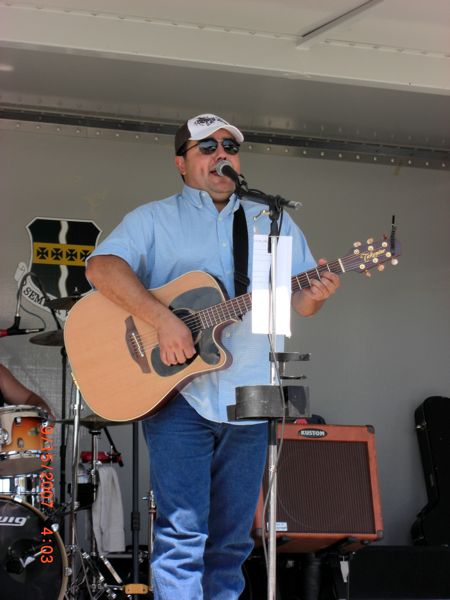 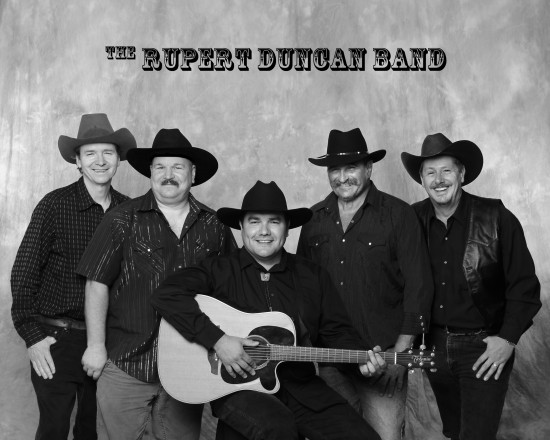 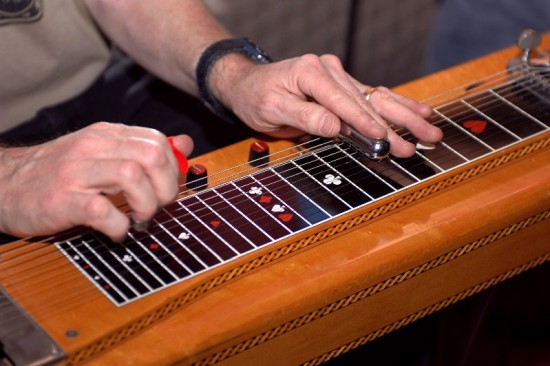 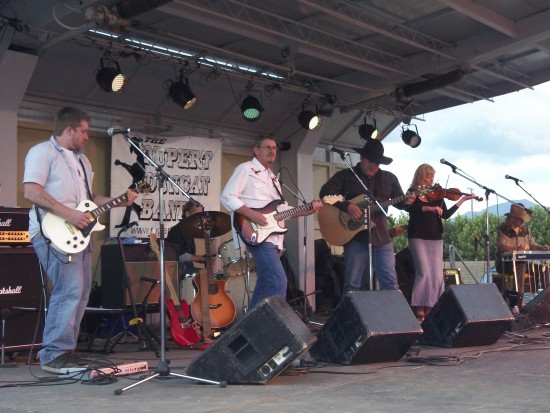 the band in full swing at The Lassen Couty Fair 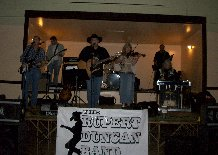 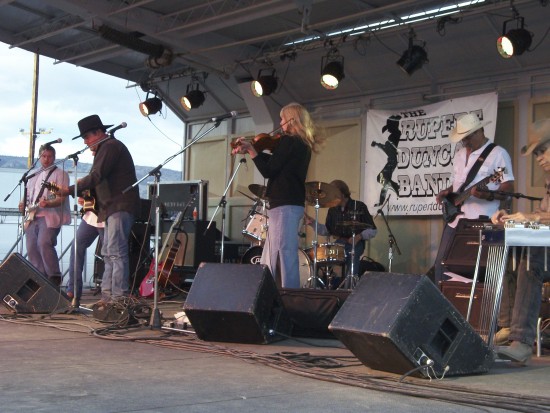 The perfect country music band for any occasion ! We are here to serve you anywhere, anytime.
No event is too big or too small. We specialize in private and corporate events. Call or email for a quote today !!!!

Be the first to review The Rupert Duncan Country Band

This is the perfect party band for absolutley any occasion !

This 5 star country band is at yor service ! We go the extra mile to accomodate all your entertainment needs. We bring the party. We play nothing but the best music to make your event fun and exciting. We've been together for 14 years now and just keep getting better and better. We offer the best quality live entertainment to make your event special and memorable. Watch our live videos and listen to a few songs that were recorded live at gigs. Everywhere we play, we always get the crowd on the dance floor. Our stellar resume is too long to list all the things we've done over the years . We have performed at many major corporate events, crab feeds, rodeo dances, casinos, festivals, fund raisers, private parties, weddings, everything.

The Rupert Duncan Band did a phenomenal job playing at my church fundraiser. Rupert was extremely pleasant and cooperative during our phone conversations. The band was on time for their set up and started playing on time. The Rupert Duncan Band went out of their way throughout the evening to be flexible with our schedule and played great music which helped make our event a big success. I highly recommend the Rupert Duncan Band to anyone who is looking for a top notch country band. -- Dave D, Carmichael, CA, 9/12/2009

Great! We had so much fun and really enjoyed these guys! -- Tavia S, Pilot Hill, CA,

The Rupert Duncan Band was fantastic! Thanks for doing everything that you promised. Your musicianship was superb and the crowd had a wonderful time! -- Riki D, Woodside, CA, 6/6/2009

Miles and Rose's wedding on Saturday night could not have been more perfect. The band was absolutely awesome and a perfect fit for our backyard! A year ago, when we met you, we told you that what we really were looking for was a band that would get people dancing. You definitely accomplished that and had both sides, including the Persians, all dancing! From the very first song, everyone was up and dancing until midnight when the sherriff shut us down. When I came out to tell Mles and Rose that their limo had arrived, they chose not to leave until the band stopped! I can't remember ever being to a wedding where so many people crowded the dance floor. You were easy to work with and great fun! When my three kids (later joined by Mark) got up to join you in their own rendition of "Friends in Low Places", you welcomed them and played along. We had so many people asking about your band and commenting on how talented and fun you all were! We truly couldn't have asked for more, and our other two kids have already said they want to hire you for their weddings!

Thank you so much for helping to make this evening so magical! Sue and Mark Jones

The Rupert Duncan Band was fantastic! From first contact to the end of the party they were accomodating, professional, entertaining and really tons of fun. We were suprised at their strong vocals and willingness to take requests outside their wide range of Country songs. We will be hiring them again at least once a year for our annual party and would recommend them to anyone. We were uneasy hiring a band from the interenet... What a wonderful suprise! It was a very sucessful night. We requested they stay and enjoy themselves, nobody wanted to see them leave (including my 83 year old mother which they sang a special song. Hire them, you will not be disappointed!!! -- Kimberly R, Rio Linda, CA,

They were great! We had guests that ranged in age from 4years old to 70+ and everyone enjoyed the music! -- Cynthia A, Pleasant Grove, CA,

The entire band was very accommodating to our needs, adjusting to last minute changes in performance times and allowing us to use their microphones for other entertainers during our annual Base Picnic and Day for Kids event. Although primarily country music was played, their abilities transferred to some 70's and 80's music as well. We will definitely book them in the future for our base-wide events entertainment. Thank you for a job well done. -- Sue G, Marysville, CA

These guys are the best! The only day in September that it rained we had an outdoor reception. They had no problem moving all their stuff into the carport and playing. Our reception turned out fabulous and they kept the party going all night long! We had so many guest ask us for their contact info. In fact all of us are trying to come up with a reason to have them back! I cant even think of the words to describe just how wonderful, fun, and professional they are! We love The Rupert Duncan Band and highly recommend them for any event!! -- Krissy H, Red Bluff, CA

Rupert and the band were just what we were looking for, a great blend of country and rock for a diverse crowd at our yearly company "kick off" party. They were there on time ready to go and were very accomodating with song requests. I was very pleased with their performance and was told by many how much they enjoyed the music, Rupert and his boys tore it up!!! I hope we can get them back for next year's event... Thanks again, Dan -- Daniel D, Modesto, CA

This feedback is way overdue. Rupert and the boys drove out from the Central Valley to the Pennensula for a party my brother and I were throwing for our Parent's 60th birthdays. Not only were they willing to drive out for the gig, they were there early!! For as haphazard as the format of the party was, Rupert and the guys were totally accomodating to all our needs. "play for a little while until my parents show up", "take a break for a little while so we can give a presentation", "jump back up and keep playin'". No matter what we asked, Rupert and they guys did it with a smile on their face! Oh, did I mention that they were ROCKIN'? Cause they most def were! -- Matthew J, Woodside, CA

They were completely wonderful. Tons of fun, and very talented. Everyone is still talking about the party, and when we do it again we will definitely be calling! --

Everyone at the party made comments on how great the band was! They put on a great show and seemed really engaged in the event. They were great and we really hope to come up to their "neck of the woods" and watch them play again!!!

They were an absolute knock out! They really exceeded any expectation I had and delivered a first class performance. The crowd woudln't leave and kept asking for more. Rupert kept on playing for the fans.

Rupert and his band were fantastic! In the months leading up to our event they were very easy to communicate with and equally professional. On the day of the event, they arrived on time, with professional gear, and rocked our party! They even learned two special request songs that were huge hits. I would recommend The Rupert Duncan Band to anyone. --

These guys were amazing!! So professional from the very beginning. Very responsive to phone calls, email messages, etc. They absolutely MADE the party...We had a ROCKING great time the entire night. They wore us all out...Wonderful! I can hardly wait for my next Barn Dance...They will be the first on my list to call. Thanks, Rupert! Ya'll were wonderful!! Peggy, Rutherford, Ca --

While searching for a band to play our wedding, we happened upon the Rupert Duncan band on Gigmasters. After seeing them at a local tavern, we were so impressed with their sound and the talent of the band's members that we decided to book them without listening to any other bands. The arrangements for our wedding were very easy to make, as the band was extremely accommodating and professional. When the Rupert Duncan Band started their first song, the dance floor was instantly packed. We knew they were going to be an outstanding alternative to the typical ho-hum DJ, but they completely blew us away by keeping the party going all night. Great job!