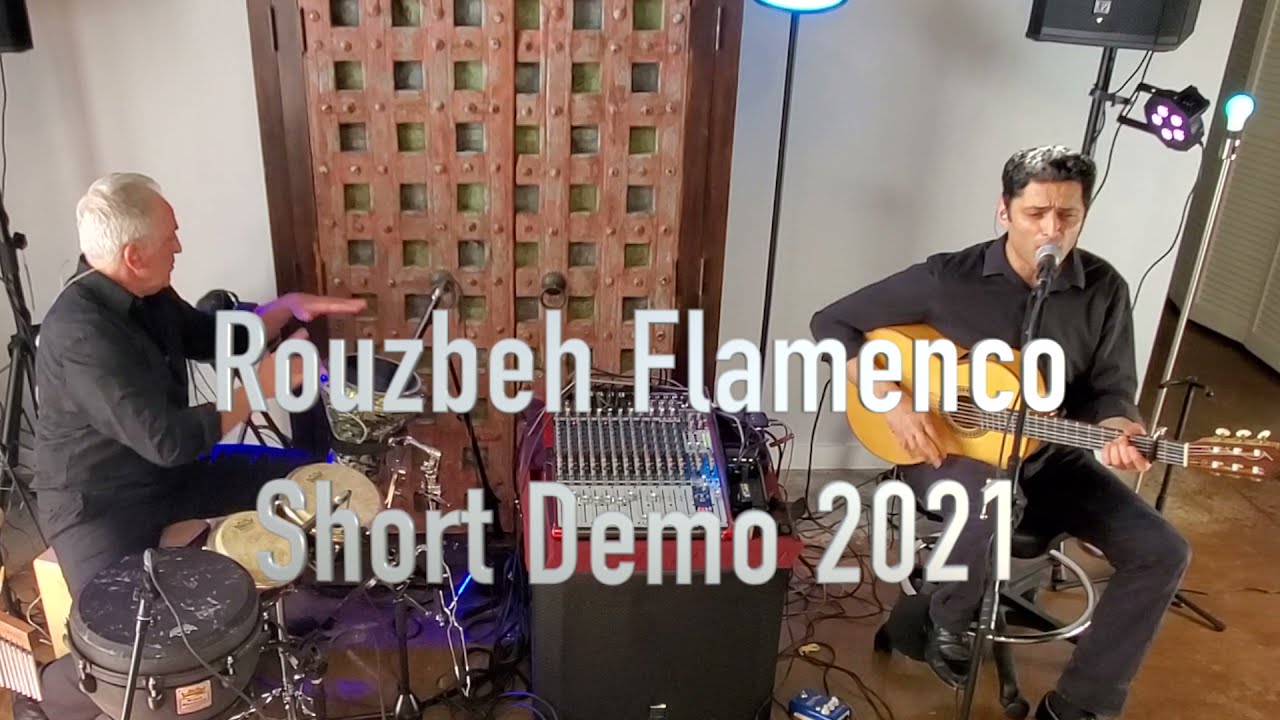 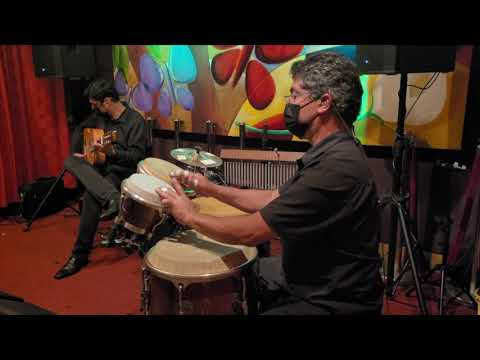 Me and my great percussionist juan 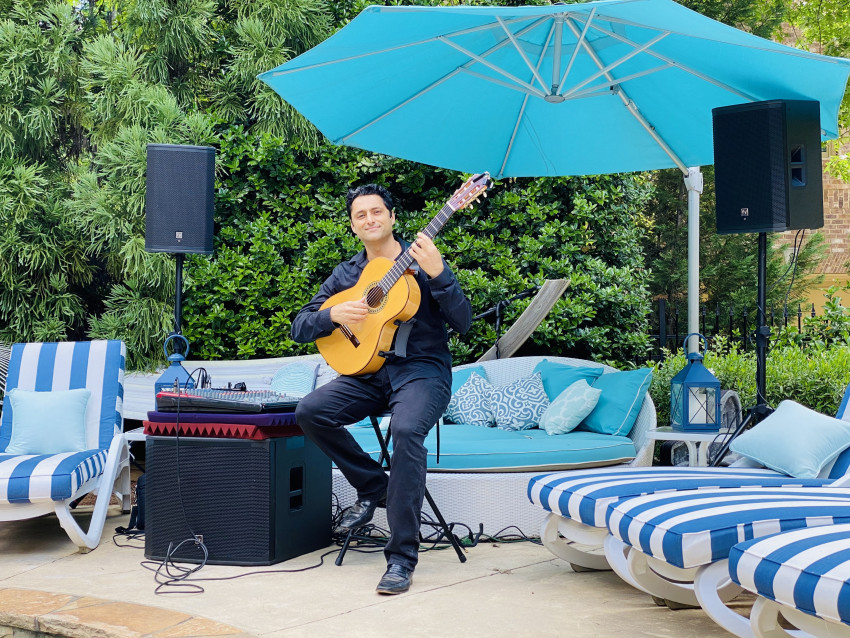 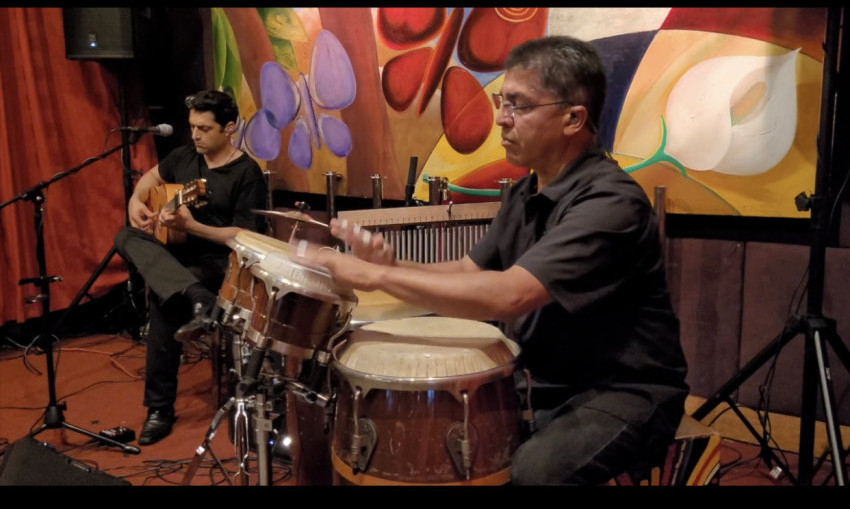 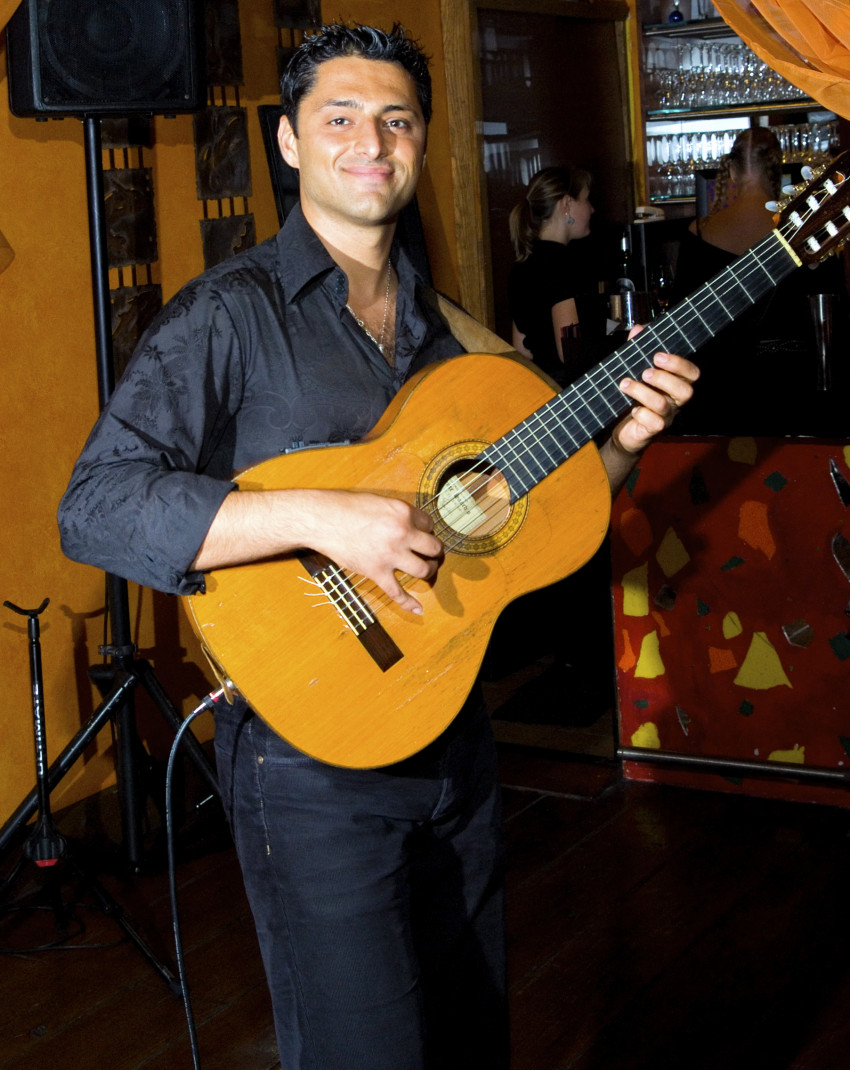 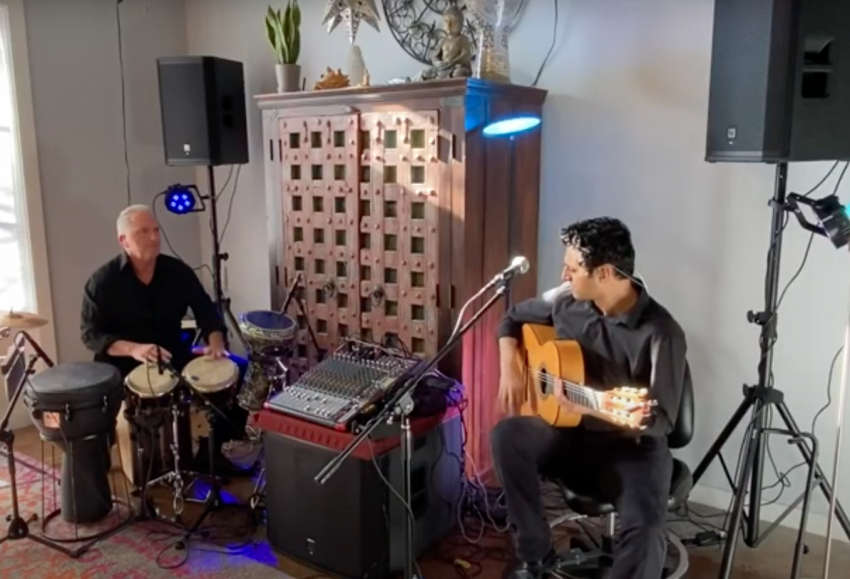 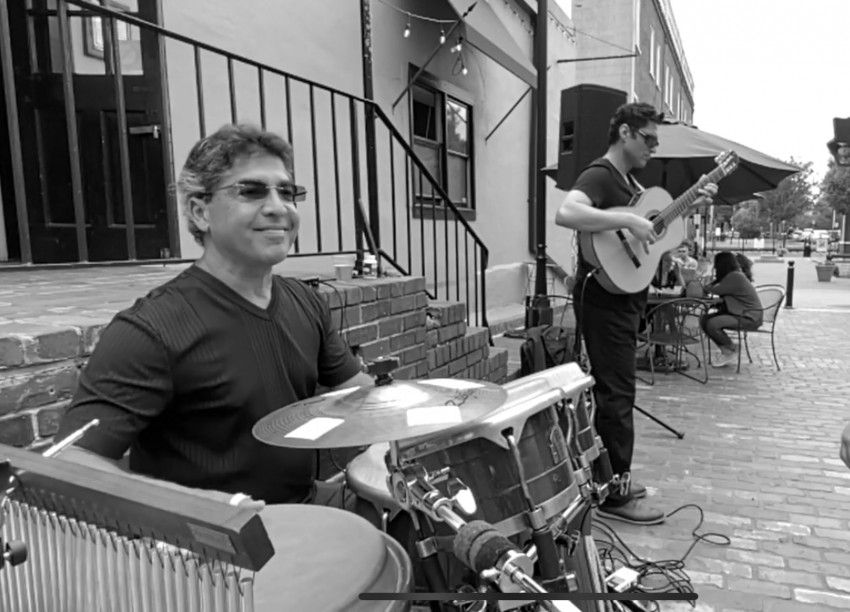 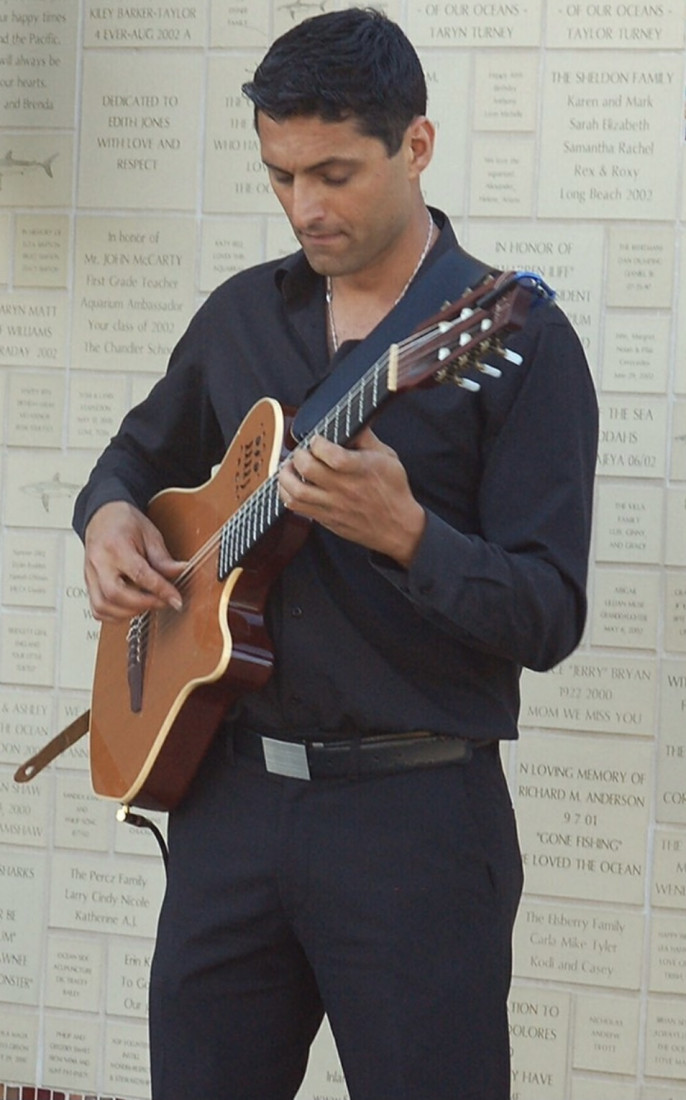 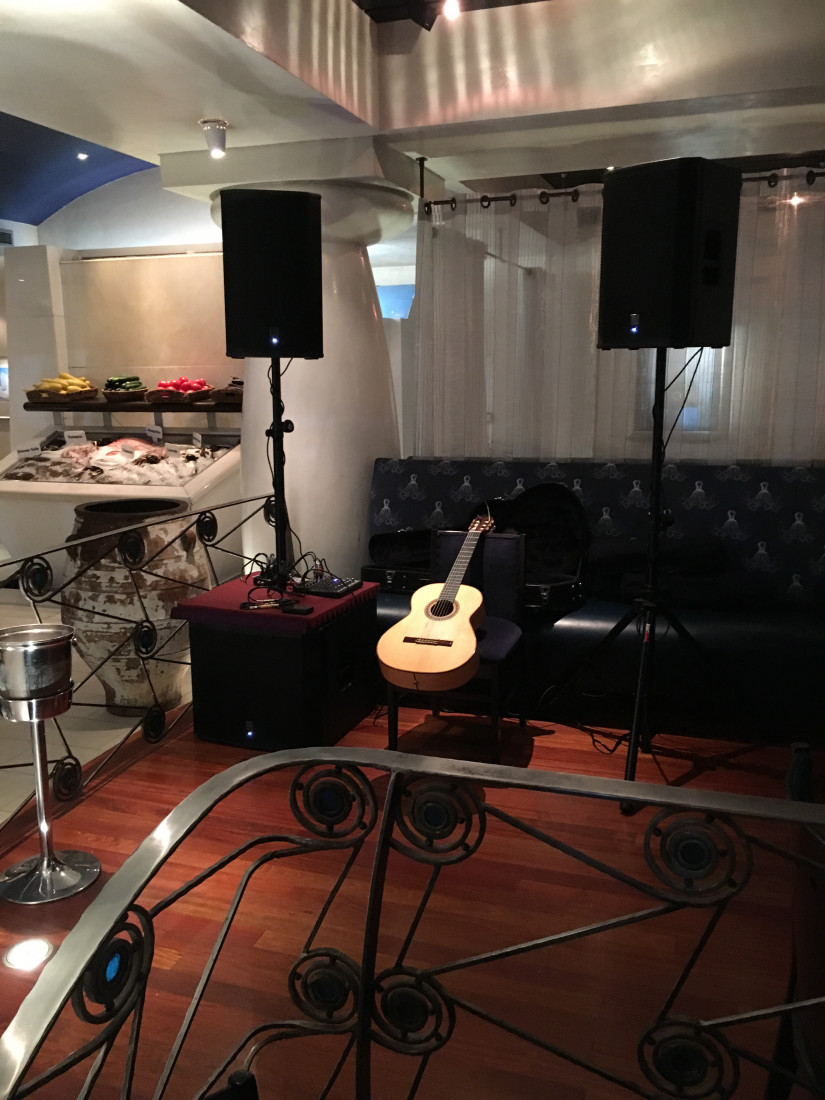 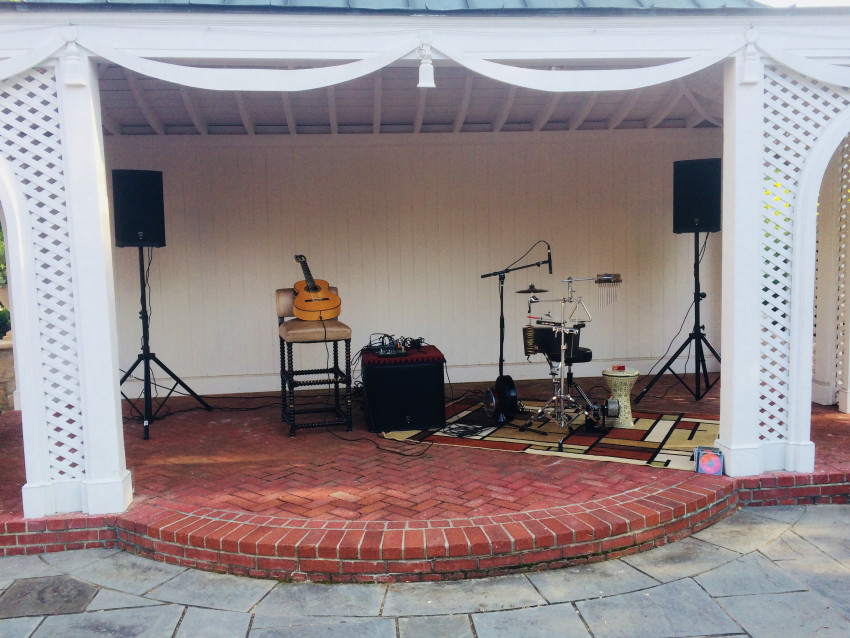 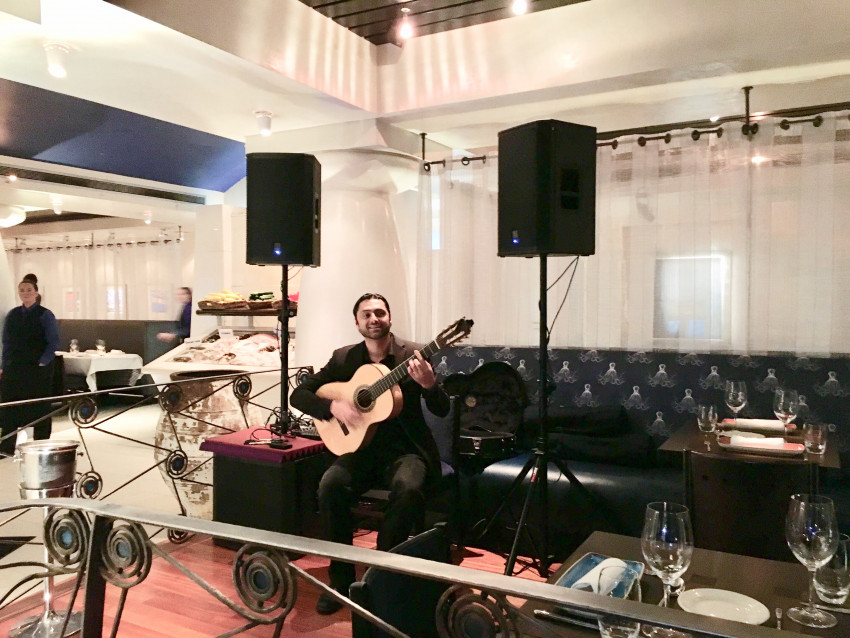 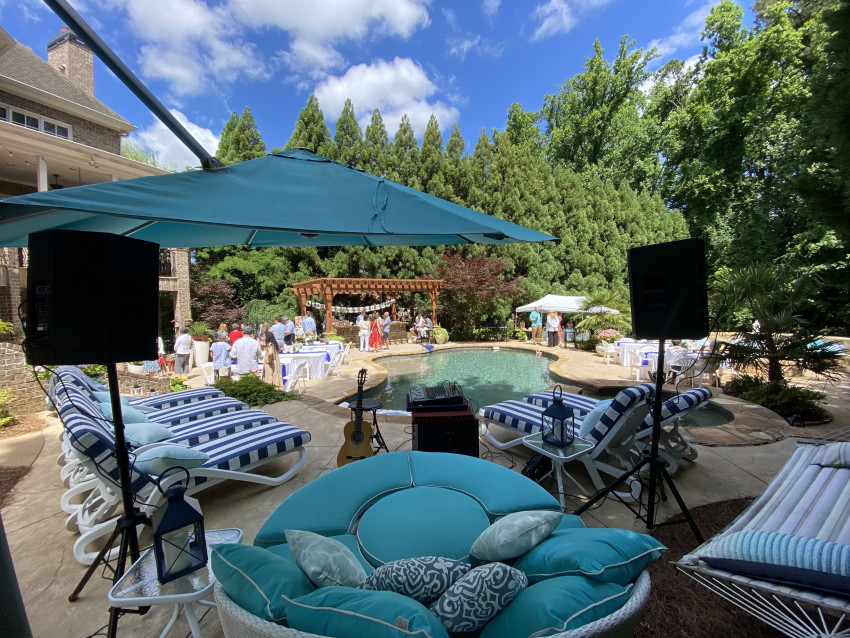 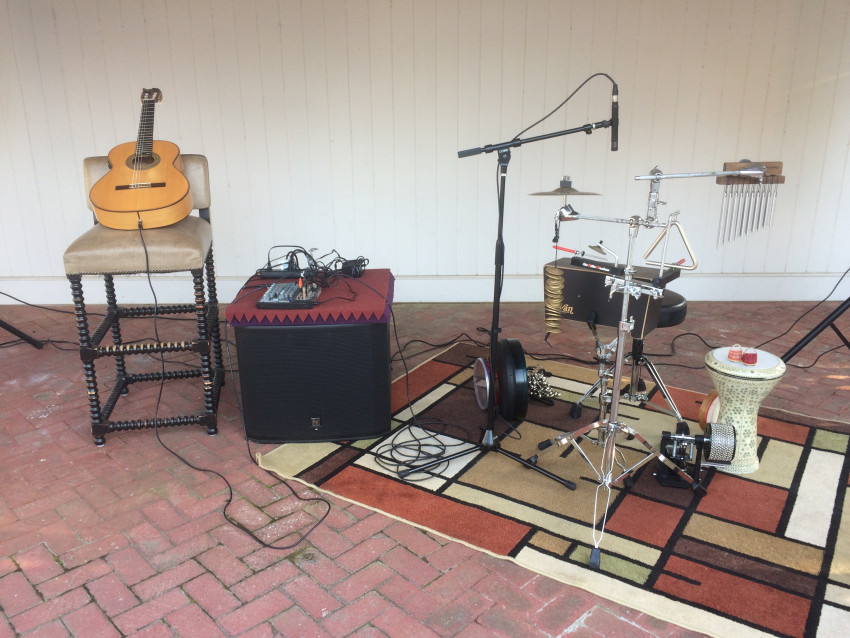 I am a rumba Flamenco guitarist, I play solo and with backing tracks to give it a more percussive sound.
my style is like Gipsy Kings, Ottmar Liebert, Jesse cook, and I play a few salsa songs in a variety of popular songs in Spanish guitar style. For example hotel California,
I usually play solo. And sometimes I play with a percussionist player

We booked Rouz for a pool party that got rained out so we moved it indoors. He was very flexible and set up in the house. He had a great selection of songs picked out. He also talked a little about the history of acoustical guitar and out guests really enjoyed the experience

Pure, natural talent. An unfailing dedication to his craft. A love of music dating back to an early age. These are just a few of the things that have made Rouzbeh Hoshmandy one of the most acclaimed flamenco guitar players in the south. With the release of his first CD in September 2003, Rouzbeh has enjoyed the success of his craft, and can be seen weekly at such Atlanta venues as Eclipse di Luna and NAVA. His colorful personality and impressive style has captivated audiences throughout not just Atlanta but across the country and as far away as the city of Madrid, Spain.

At the age of 13, Rouzbeh's older brother was given a guitar as a gift. He showed little interest in the instrument, and Rouzbeh would quietly sneak it away when the opportunities were available, teaching himself how to play. Several years later, he decided to attend the Atlanta Institute of Music, where he discovered a passion for flamenco music.

Rouzbeh plays flamenco guitar finger-style, universally recognized as the most difficult and entertaining method of playing. Audiences are mesmerized by not only the beautiful music but by the flashing hands and precise finger-work which is the hallmark of his style. For each performance, Rouzbeh brings an enthusiasm and energy that never fails to get the crowd to their feet. In addition, he maintains a level of professionalism that always leaves his clients and their guests thrilled to have been part of such an amazing show. Available for almost any type of occasion, Rouzbeh plays against prerecorded background music, bringing a richer, fuller sound than most solo musicians, at a much lower cost than a full band. Taking up a small space, Rouzbeh lets his music fill the room, not his equipment. If you're looking to give your next event a unique flavor that everyone will be talking about months afterwards, contact Rouzbeh Hoshmandy to learn more about booking opportunities. And after your guests or clients have danced, sung and smiled the night away, you'll know that you made the right choice.

Rouzbeh is a world class musician and the top Flamenco guitarist in Atlanta, GA.
In addition to earning a degree at the Atlanta Institute of Music, he also studied abroad, under the tutelage of Cristina Heeren at The Foundation of Flamenco Art in Sevilla, Spain.
His Persian roots and love for acoustic music has given him a authentic understanding of the various Middle Eastern and Latin genres. And growing up in Atlanta, he also developed a love for pop, rock, blues, and country.
His years of live performance have given him a very refined ear that he uses as both a world beat Music Producer and Recording Engineer.