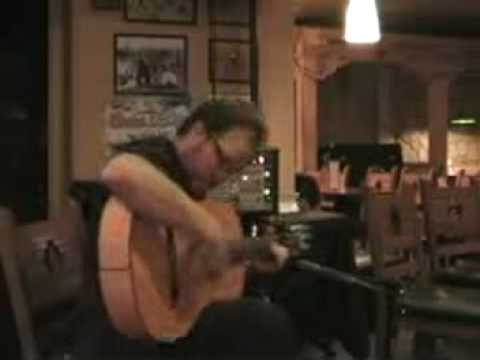 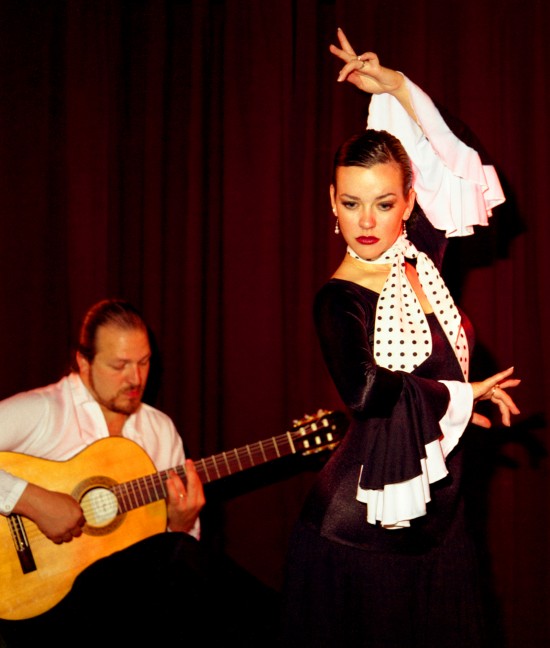 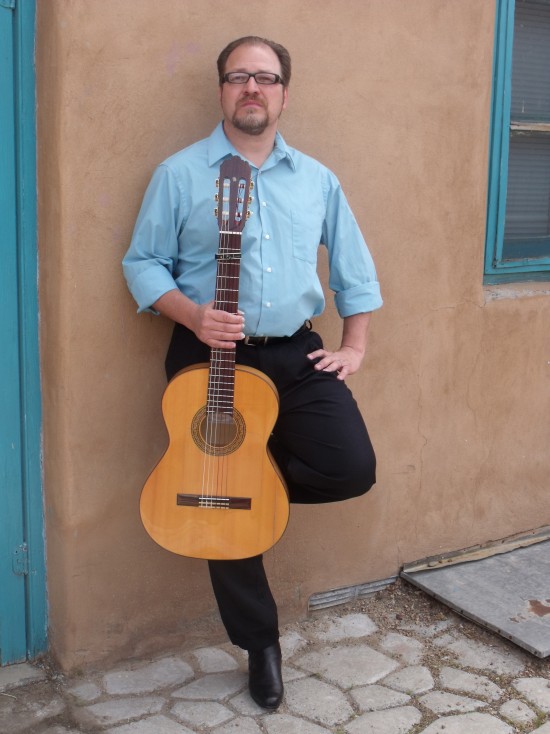 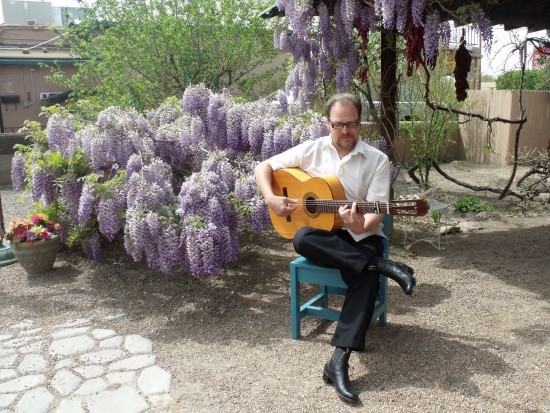 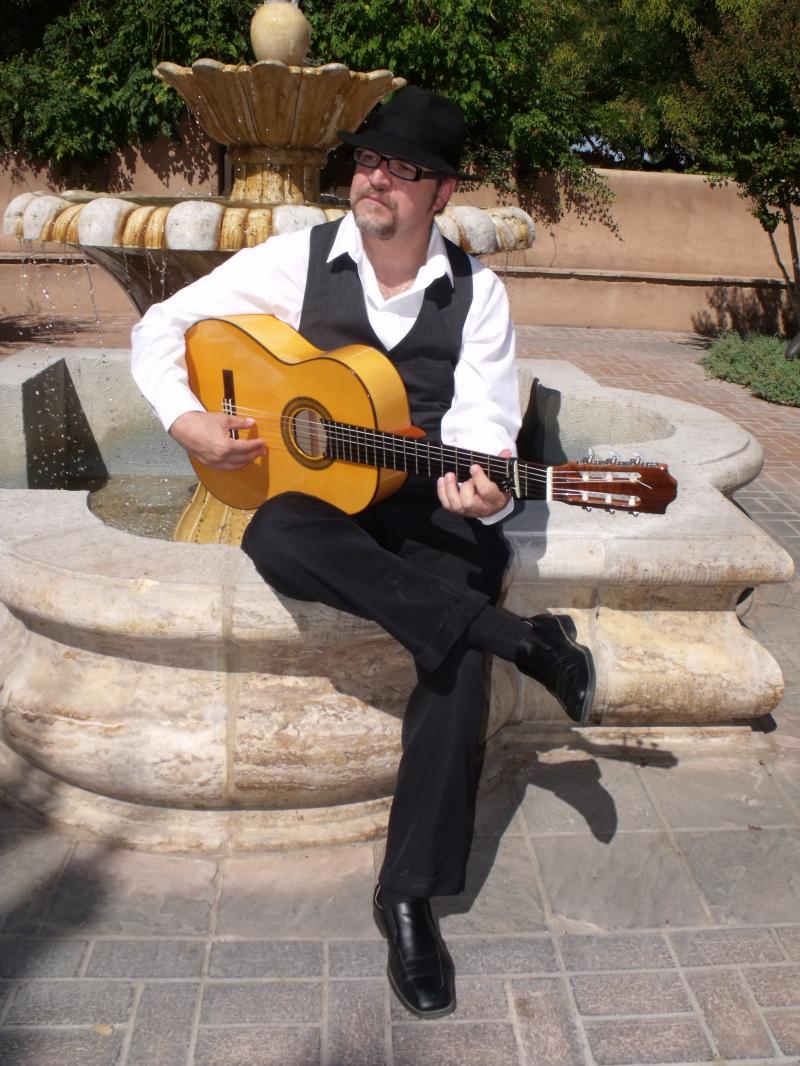 Flamenco, Classical, Latin, Jazz guitarist. Some singing in Spanish. Lots of background songs, too. Can provide Flamenco Dancers, a Vintage Jazz Band, a Classical Singer, or/and a sound system for your iPod needs.

Our mission is to provide quality entertainment and education to public and private functions, while enriching the lives of our community by uplifting and enlightening the spirits of all whom are involved. In this, we mean to collaborate with groups and entities with similar visions to bring forth prosperity for all.

We hired Ronaldo and his talented crew of singers and dancers to perform at our wedding. Our guests raved about the music and dancers. Thank you for adding such a great experience fir our guests!

Ronaldo was Absolutely wonderful! Highly recommend, and will definitely be booking him again!

Thank you, Maggie! Always a pleasure working with professionals such as yourself.

There simply aren't enough adjectives (well, there are, but it's silly to write them) to describe the talent and professionalism of Ronaldo Baca and his wonderful group. We were a little behind on putting together our annual Gala this year and were left a tad high and dry by the group we had originally reached out to. But Ronaldo was transparent, thorough, and extremely communicative and kind from the moment we started discussions with him via GigSalad. And that was BEFORE we officially booked him. There was not one single issue or concern with him--which is wonderful considering the stress we were under--and he and his other talented members arrived to Tulsa (that's right, they came from New Mexico to Tulsa) with zero issue or complaint. A consummate professional.

And that doesn't even bring up their talents. I am a 1st Generation American of Spanish descent, so I am a little discerning when it comes to Flamenco. But, boy-o, did they deliver! Most of our Gala guests tend to start leaving after our Awards ceremony and just a little bit of the entertainment, but this is the first time virtually every guest stayed and watched the entire show. That is how captivating and beautiful their performance was. Simply put, OUTSTANDING.

I could go on and on, but I think you get the picture. We could not have been more satisfied with this experience and I, on behalf of the entire Tulsa Latin American Chamber of Commerce, would rather give even more stars to them for their talents (but I suppose 5 will have to do!). I highly recommend them to anyone who is looking for authenticity and beautiful work. Thanks, Ronaldo Baca and company!!

Mr. Baca's surprise performance made my wife's birthday party. He was relaxed and put everyone in a happy mood. His voice carries so well that he didn't need amplification.

Thank you, Zoltan! Your crowd was wonderful! I love that they sang with me, and they seemed comfortable, enjoying themselves! Good job!
-Ronaldo

We were so impressed with Ronaldo and his performance! He was very professional, kind and fun! You can tell he truly loves what he does! I will definately book him for our next party! Highly recommended for any event! Thank you so much!

Ronaldo was perfect for a surprise 60th birthday dinner our group of ladies hosted on a recent 'girlfriends getaway' to Buffalo Thunder resort in Santa Fe. The entire event from the quote process to the entertainment that evening went off without any problems. We wanted a male guitarist to sing/play a medley of Spanish songs through dinner, and Ronaldo was just right. He exceeded our expectations! We will definitely use Gig Salad again! I wish we could give more than 5 stars for Adaptability for Ronaldo - he accommodated all of our requests and then some! We loved him! You won't be disappointed.

Thank you Ms. Monahan! It sure was a pleasure playing for you all! I had fun too! I very much enjoy going the extra mile when somebody's trying to do something extra special for someone. Thank you for creating such a special day for your birthday friend!

Ronaldo provided beautiful music for my backyard party for 70 people. He was flexible and allowed other guest performers to sing, play their guitars and share the limelight.

Thank you, Bernadette, for your hospitality! It was a real pleasure performing for and interacting with your friends and family! Happy Birthday, and many more! :-)

Chair with no arms.