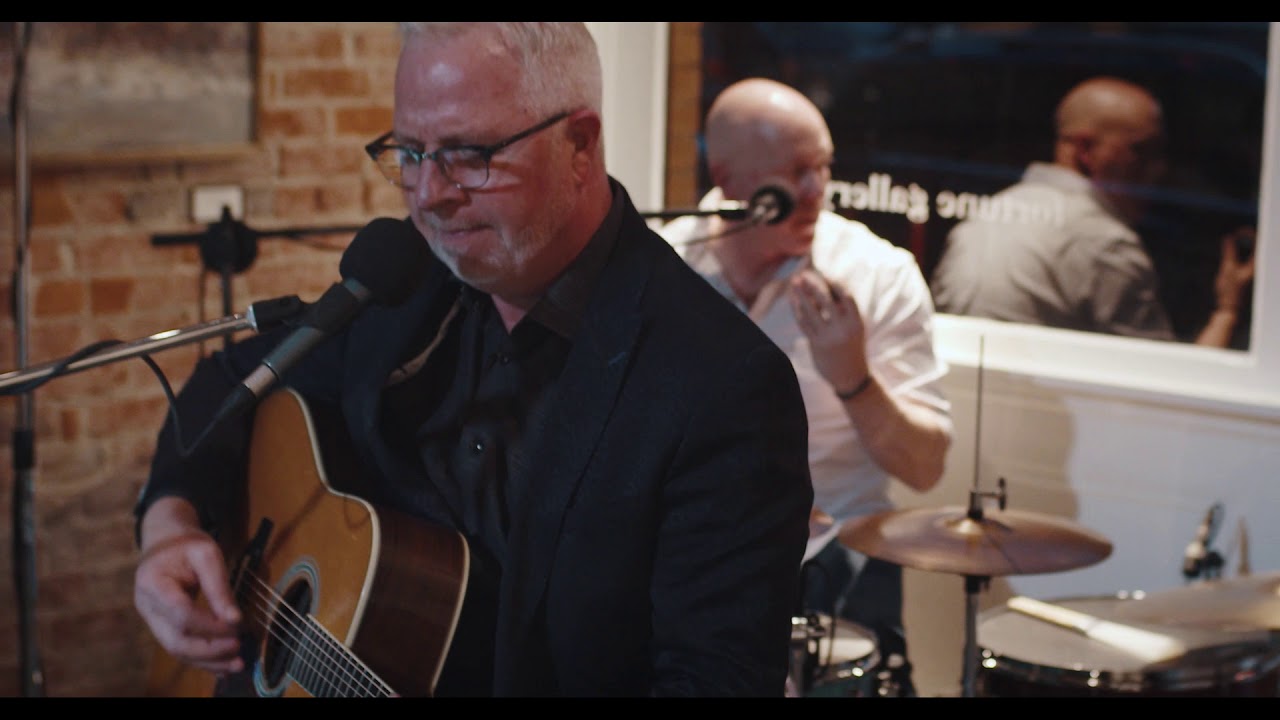 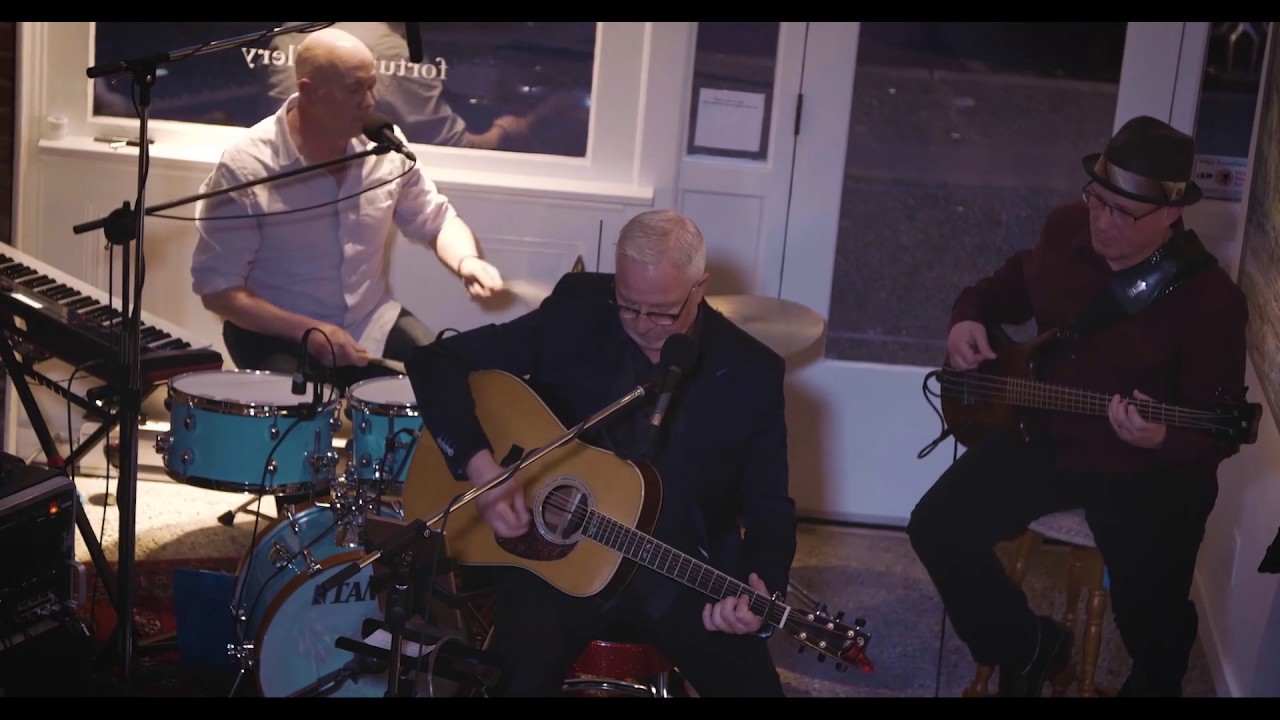 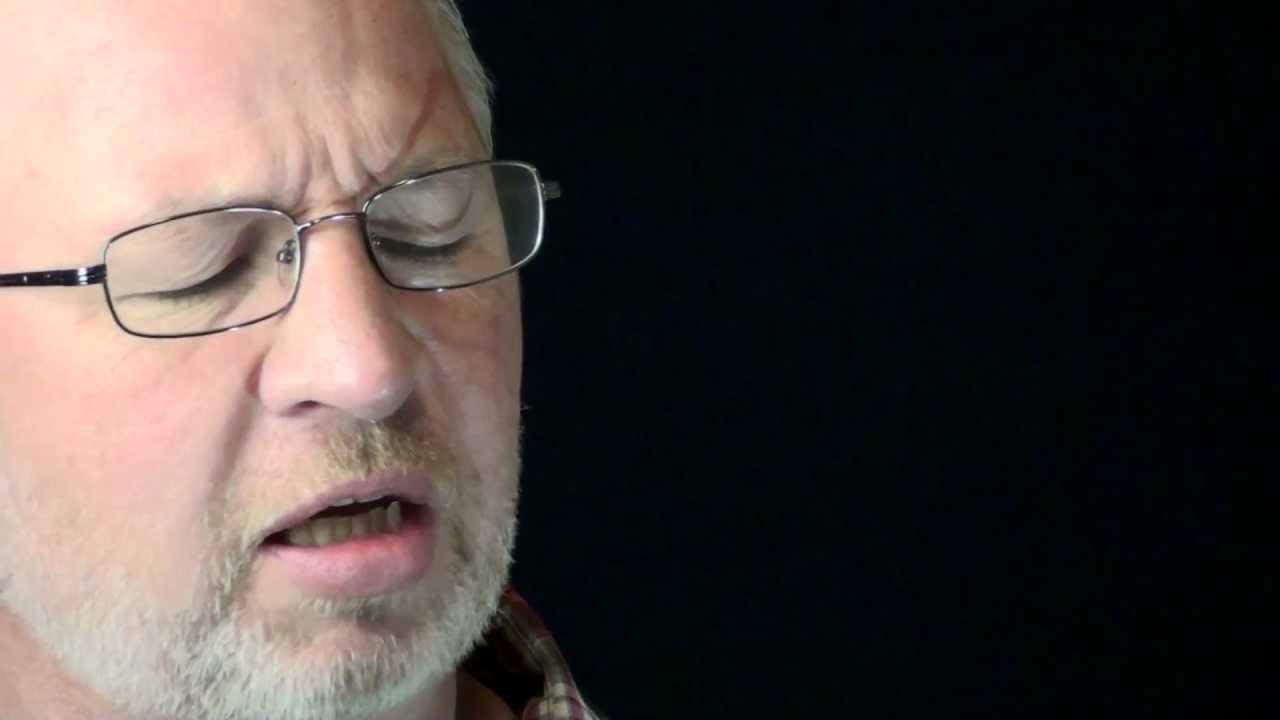 No Enemies No Friends (Original) 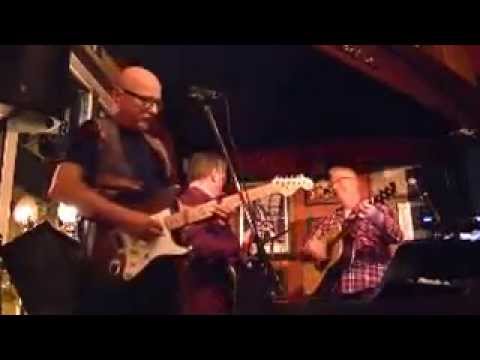 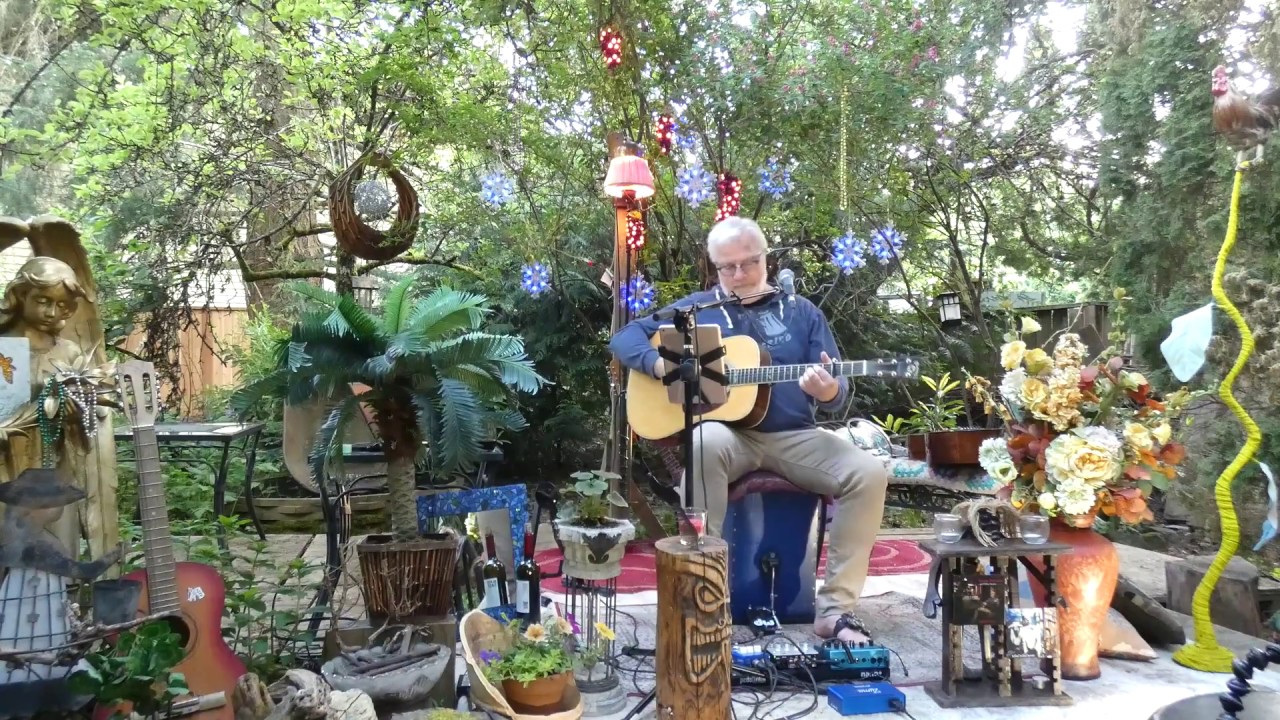 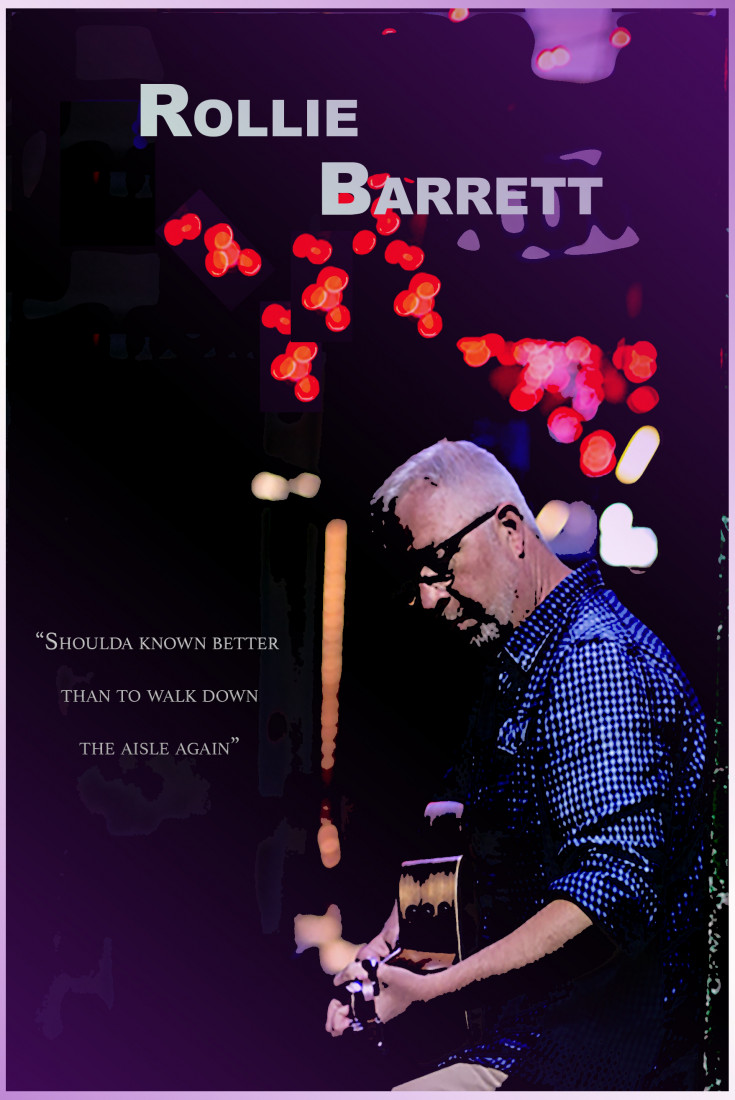 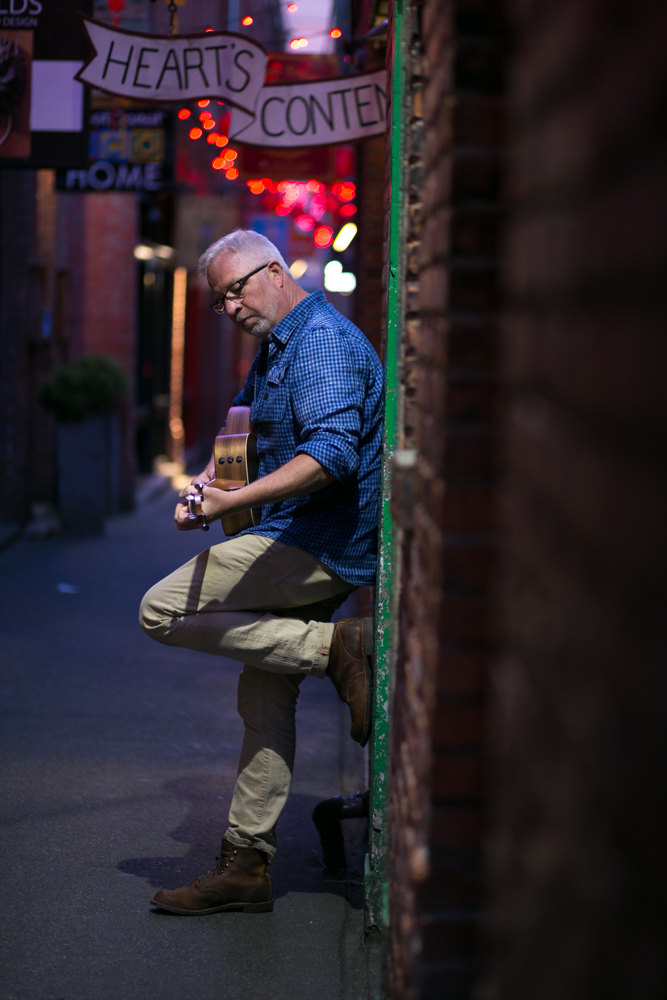 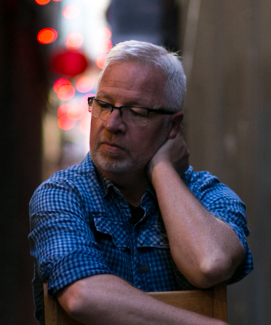 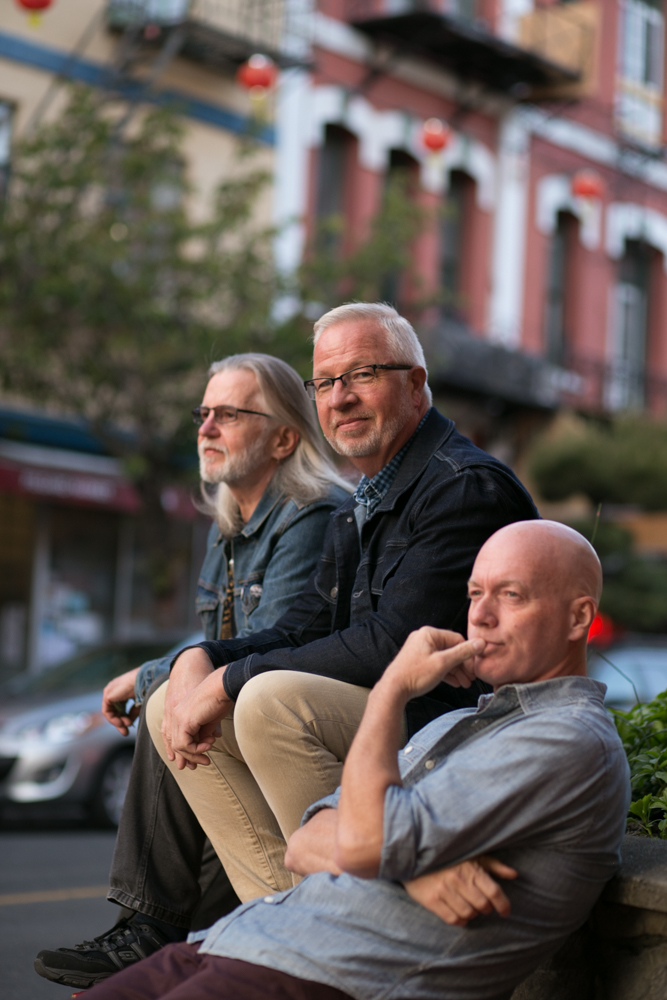 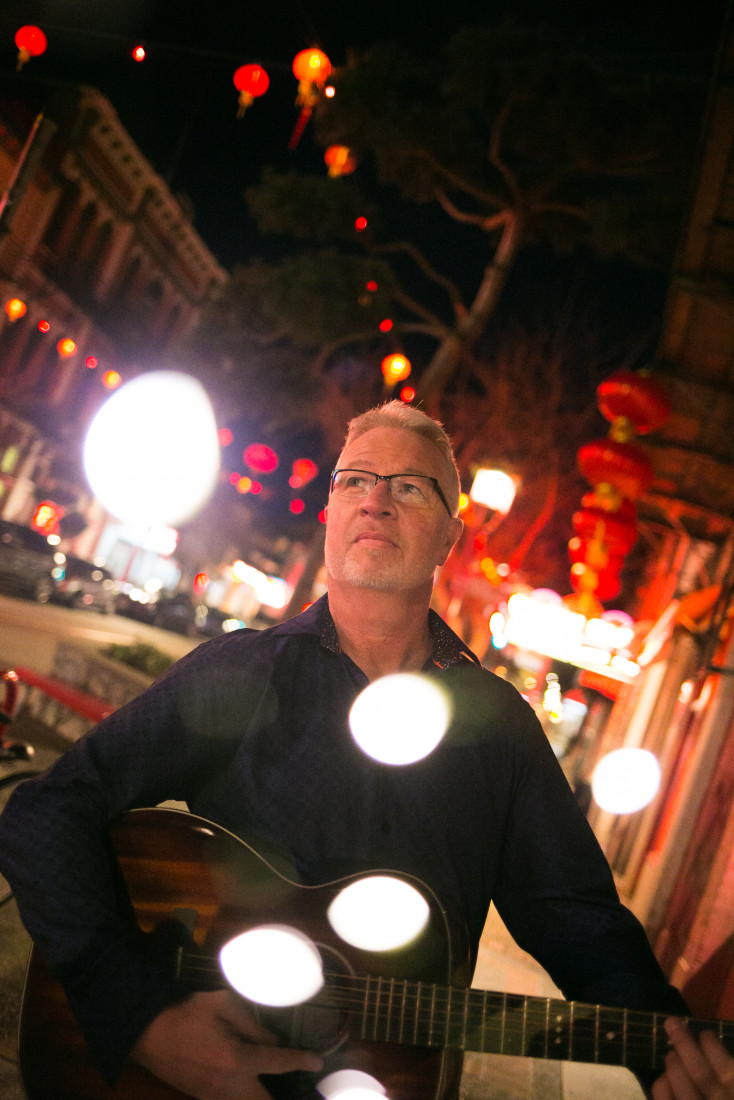 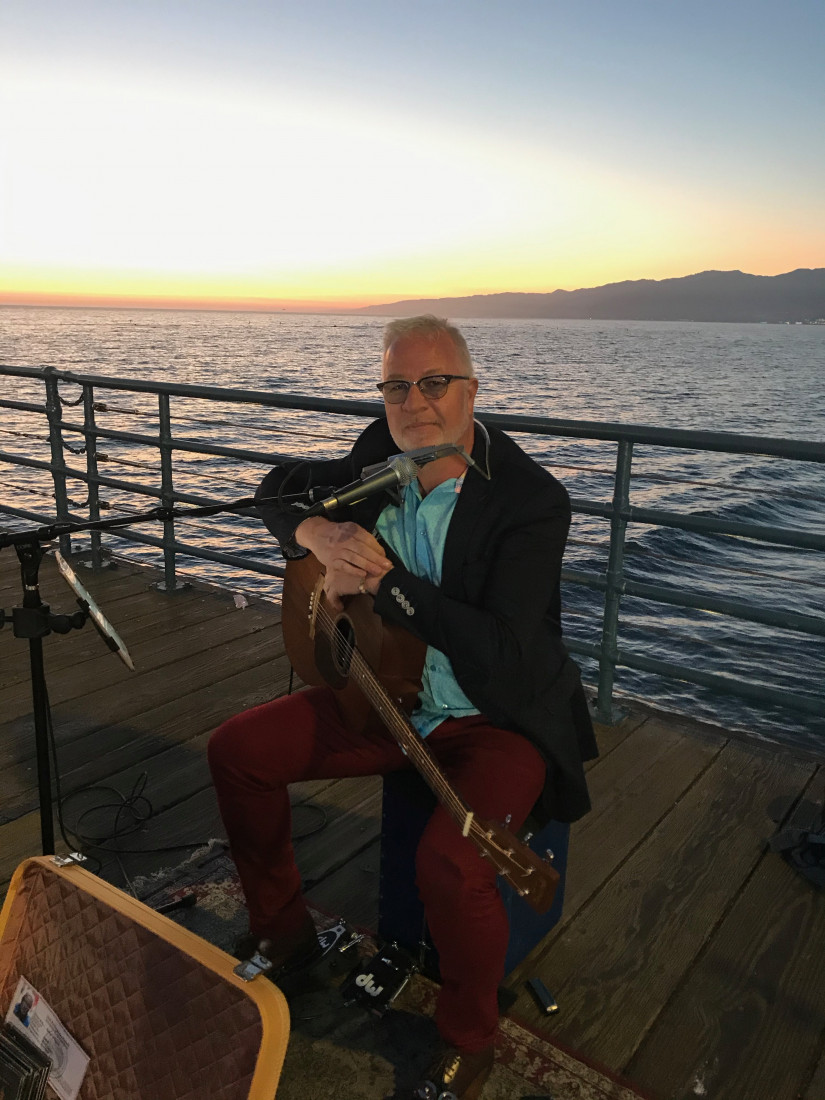 A Consistently amazing musician who guarantees an unforgettable musical experience, Rollie Barrett Knocks it out of the park every time. He is currently the exclusive resident musician for a number of high end winery/resorts. He will fill your venue with percussion, harmonica, ambient pedals, vocal harmonies, heavenly vocals and acoustic guitar. His music selections are all nostalgic and modern classics from N. Young, Van, Petty, Seger, Sheeran, Rihanna, Denver, Matchbox, Commodores, Stapleton, Winehouse etc...
He is also Singer/Songwriter who has worked with Grammy and Juno winning artists. Rollie has three albums and can provide intimate singer-songwriter house concert services.

Rollie has performed several times at our home over the years, both as a solo artist and with his band to crowds of 10 to 35 friends and family.
My wife and I have watched and listened to Rollie perform live at venues ranging from intimate house concerts, to pubs, vineyards, and resort destinations. He has a clear passion for sharing his music, and always delivers a fun, enjoyable, and memorable experience.
Rollie’s music and vocals bring a melodic energy that captivates you and draws you into the stories he shares through his music. He brings a unique sound and style, whether performing his own written songs, or songs by other artists. Rollie is a story teller who makes an average evening exceptional, and leaves you feeling like you’ve spent time with a friend.

The Right Guy for the Right Gig

Talk about a great sound this guy makes. Whether he is solo or with members he always sounds great. Along with the covers he has some Awesome Originals as well. Great Voice with a great Vocal range. If he can sing it he can hit it.

AMAZING TALENT AND A GREAT GUY

WE HAVE HAD THE PLEASURE OF HAVING ROLLIE PLAY AT ENRICO WINERY FOR THE LAST FIVE YEARS. HIS ENTERTAINING SKILLS COUPLED WITH HIS MAGICAL VOICE HAVE ALWAYS BEEN A CROWD PLEASER. ROLLIE'S RANGE AND HIS ABILITY TO SING COVERS HIS WAY ARE AMAZING. NOT ONLY AN ACCOMPLISHED SINGER AND MUSICIAN, BUT HIS WRITING SKILLS ARE ALSO IMPRESSIVE.
WE HOPE WE HAVE HIM PLAY FOR US FOR ANOTHER 5 YEARS.

Hired as:
Guitarist, Singer/Songwriter, One Man Band
Write a Review

As a musician who travels the U.S. and Canada primarily as a solo artist I have learned to incorporate multiple instruments and ambient pedals into my repertoire to fill venues that require "Bigger" sound but, I also know when too much is not required and can fill a room as a Soloist with just an acoustic guitar in hand.
As a cover artist you can expect to hear slightly different takes on memorable songs but at the same time feel like your listening to the original artist.
As a singer/songwriter I will bring you into the story I am telling through song. Emotional ballads, satirical jams, and a few "radio ready" Rollie Barrett classics all of which I am sure you will find relevant to some part of your own life.
As a trio you can expect an outstanding rhythm section backing me, a drummer that also plays keyboards (sometimes at the same time). We pride ourselves on our professionalism and our passion to create the best possible experience for our clients.

We are very flexible when it comes to timings. More often then not we will provide a bit of an encore if requested and are more than willing to schedule set breaks around event schedules or impromptu situations that occur. Through much experience we often know which questions to ask that will help you coordinate the musical portion of your event.

Beyond the music we pride ourselves on our dress and deportment. I personally have an addiction to clothes shopping (specifically snazzy shirts and shoes). My band mates have different tastes but we all show up well groomed.

Fuse the heartland stylings of Bob Seger and John Mellencamp with the introspective lyricism of David Gray and Ray Lamontagne, and you will begin to see a common thread in the music of Roland Barrett.
For the Victoria, British Columbia-based singer-songwriter, these names, their songs, begin to reveal the creative influences which inspire him.
Whether it’s the ambitious schedule of “cover” shows or events dedicated to showcasing his original material, Barrett has established himself as a stage veteran of any size. He has played intimate and understated “house concert” performances. He has shared the stage with established recording artists such as Shaun Verreault, Daniel Lapp and Mae Moore and has worked with industry icons, Juno recipient, Russell Broom (Jan Arden) Grammy Recipient, John Greenham (Billy Eillish). He has felt as “at home” as one can in front of an arena-sized audience, having performed before thousands during Canada Day celebrations to a hometown Victoria crowd.
He is that unique artist who has struck a working balance as both a solo artist and as the creative force within the band dynamic. Anchored by his band “The Hard Truths” and inspired by his latest full-length recording effort, “Dark Hearts And Other Stories”, recorded and produced by Canadian music industry bastion, Leeroy Stagger, he has truly refined his musical identity.
His first step into this musical world was an unlikely one.
In 2004, while serving in the Royal Canadian Navy, Barrett took a leap of faith.
At age 35, Barrett made the conscious decision that he would make music his livelihood. Five years of honing guitar skills and a cathartic approach to developing his songwriting eventually led him to his first humble venture onto a stage – an hour-long solo set in a local coffee shop, playing for tips, coffee and baked goods. It didn’t take long for word to spread of this upstart new talent on the Victoria music scene, and he quickly became a recognizable name among numerous Vancouver Island venues.
Barrett continued to develop his sound, eventually crafting a handful of original songs he knew in his heart deserved to be recorded. That opportunity arrived in 2012, and Barrett recorded his debut release – a five song EP, “Nomad Ballads”. Barrett would continue to take more material into the recording studio over the next few years, compiling a series of one-off recordings which would find their way onto the release of a re-imagined “Nomad Ballads”. Still, he knew he wanted more.
In late 2017, through invitation by Tom Mrnka (good friend and niche music venue owner) to a “Hard Truths” live show, Stagger met Barrett to discuss and begin what would eventually lead to the recording of Barrett’s first full-length album. In December of that year, Barrett journeyed to Stagger’s “Rebeltone Ranch” recording facility to record what would become “Dark Hearts And Other Stories”. Recorded live “off the floor” in a scant two days, the sessions featured industry heavy-hitters Russell Broom (Jan Arden), Brady Valgardson (Corb Lund), Victoria’s Daniel Lapp, and Leeroy’s own crew in Tyson Maiko and Michael Ayotte. Mastered by Grammy Winner, John Greenham (Billie Eillish)
“Dark Hearts And Other Stories” is a ten-song journey through the best and worst life can offer. It is joyful and it is heartbreaking.
But through it all, it is unforgettable.

Fuse the heartland stylings of Bob Seger and John Mellencamp with the introspective lyricism of David Gray and Ray Lamontagne, and you will begin to see a common thread in the music of Roland Barrett.
For the Victoria, British Columbia-based singer-songwriter, these names, their songs, begin to reveal the creative influences which inspire him.
Whether it’s the ambitious schedule of “cover” shows or events dedicated to showcasing his original material, Barrett has established himself as a stage veteran of any size. He has played intimate and understated “house concert” performances. He has shared the stage with established recording artists such as Shaun Verreault, Daniel Lapp and Mae Moore. And he has felt as “at home” as one can in front of an arena-sized audience, having performed before thousands during Canada Day celebrations to a hometown Victoria crowd. 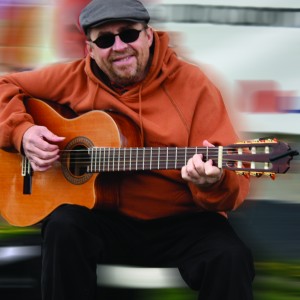 Samantha L. said “Ford was easy to work with and very professional. I would recommend him.” 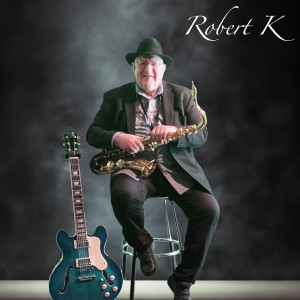 Odette P. said “It was an absolute pleasure to have Robert K. (aka Bob Nelson) play at our wedding. From the get-go, he responded in a manner that was very professional…” Todd L. said “Ben did a phenomenal job of entertaining everyone. Very professional and a great musician- I'd highly recommend.”