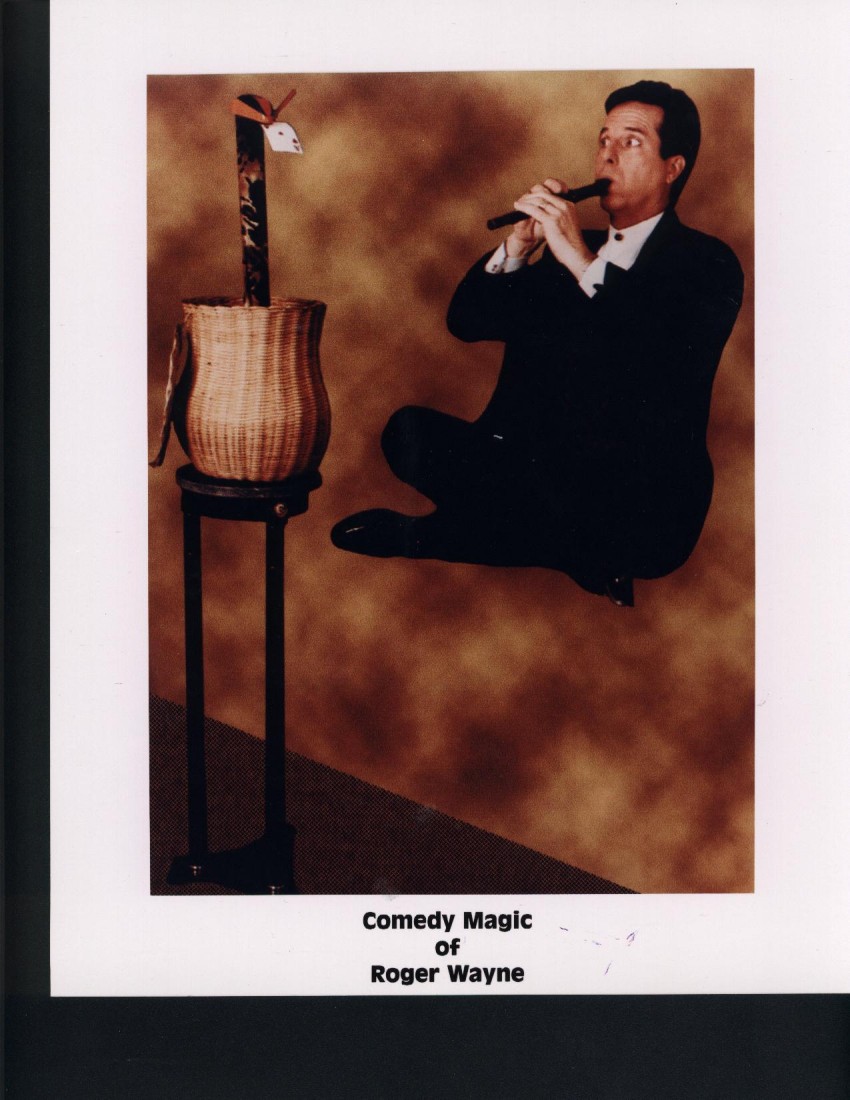 Magician Roger Wayne will provide you a fast-paced illusion show with comedy, audience participation, and inspiration. Featured in his show is the levitation of a young lady from the audience. One of the amazing affects in his show is when a signed bill from a spectator is found in a sealed lemon after it has vanished from their hand. Watch also as a volunteer from the audience is dressed-up in a chicken outfit. If you looking for a family-friendly show Roger Wayne is one of the best. Roger Wayne can also make many different balloon animals for the children.

Roger entertained the wide group at our party from the little children to the adults . He was very entertaining and professional .

THANKS for the great review. I had a fun time entertaining your friends.

He was really amazing....he was very kid friendly and kept the adults entertained as well, we will definetly call him again for another event that we host. Thank you so much for the great show!!

Roger did a good job with keeping the children entertained.

Roger performed for a small birthday party. He was entertaining and fun. Definitely recommend him for you next event.

We hired Roger to do a show for my daughters surprise party. The booking process was simple and easy. He was very interactive with the kids and adults. Our whole crowd loved the show and the balloon animals. I would rebook if ever needed again without a doubt. My daughter requested a magician for her birthday and he truly helped make her dream come true 🖤

Roger did a fantastic job making my grandsons' birthdays special. He was easy to work with, reliable and prepared to perform a show while maintaining social distancing. He made what otherwise could have been a gloomy birthday special and memorable!

Thanks Linda for the nice review. I enjoyed performing for your grandson's birthday.

Would Recommend for Children’s Party

Roger was amazing and funny. He held the kids attention pretty well and it was the highlight of the party. Highly recommend. I gave 4/5 stars because he was 20 min. late.

Roger wow’d our guests all night long with his up close performances. People were left speechless and for the ones that were not, the phrase “How’d he do that” flowed from their lips. Simply amazing entertainment and Roger is a professional to work with.

Thanks for entertaining the kids at the party.

The kids where great and I had alot of fun entertaining them.

Roger was so great! He came to entertain my Sweet 16 party and left the crowd in awe and wonder! He's very interactive with the crowd, and a pleasure to all ages. With a welcoming and friendly attitude, he is a pleaser. I highly recommend you hire Mr. Roger Wayne for your event!