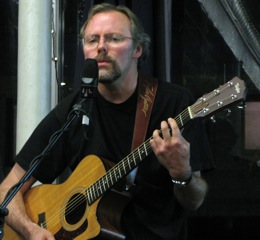 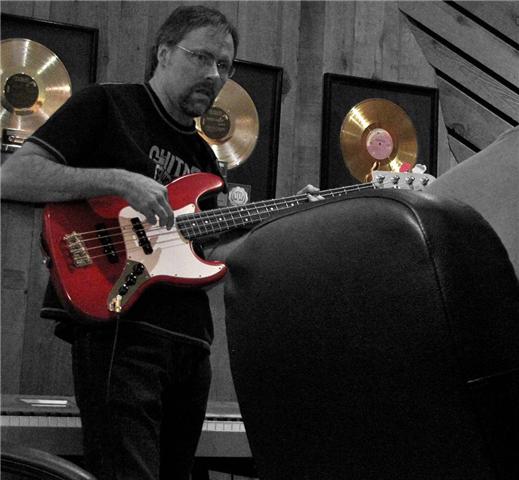 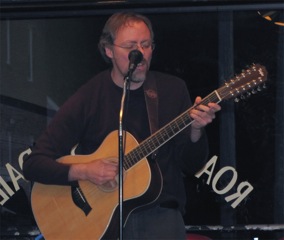 Rod Kinny is an acclaimed singer/songwriter & recording artist. As a live acoustic performer his style is a blend of Rock, Jazz, & a unique version of Folk. Available for Worship Services, Bars & Restaurants, & Private Events.

Be the first to review Rod Kinny

An uplifting, easy listening experience. A musical performance catered to a specific event. From Billy Joel, Carole King, & Elton John cover songs at a wine tasting event. To the spiritually uplifting performance of original songs at a worship service or private event.

A longtime musician, Rod Kinny has always had a passion for his craft. Beginning in elementary school with band and choir to playing bass in local rock bands. After graduating high school in a desperate attempt to escape his hometown of Austin, MN. Rod enlisted in the US Air Force. In the mid 1980's he found himself stationed in England. Not particularly fond of his G.I. duties, while off duty he would escape base. Most often to the lure of the bright lights of London for music, art, pubs, & nightclubs. Initially hesitant of some of the British pop charts, he soon came to appreciate the music of Level 42, Peter Gabriel, Scritti Pollitti, and many others. After leaving the Air Force and taking up digs in Minneapolis, he was playing in bands and doing catering. With frustration mounting, playing bass in local rock bands wasn't perking his creativity. And so, he quit music...... Only to be reborn as a solo artist. In early 2002 he released his lifelong dream of a solo record.

"Seven Dials" was independently produced on a modest budget and found it's way to internet radio stations around the world. Rod was the winner of a silver artist's award from Radio Gets Wild, an internet radio station in England. Feeling the positive impact he began to write for a second release. In 2005 Rod released The Rod Kinny EP. Recorded at Starvu Studios, owned by Dr. Fink, formerly with Prince & The Revolution. A more polished release from his first cd, he did his first ever tour of Australia in early 2006.

In early 2007 he began his most ambitious recording project to date with Producer Joe Puerta of Ambrosia, and Bruce Hornsby & The Range. The result is the CD “Higher Self” released in May of 2010. “Higher Self” has sold copies in 12 countries and the title track went to #1 on (link hidden)’s Adult Contemporary chart.

One man's voice, an acoustic guitar, with a little reverb.

You’ve Got It - Simply Red

The Right Thing to Do - Carly Simon

The Last to Know - Del Amitri

Love is the Answer - Todd Rundgren

How Can I Be Sure - The Rascals

How Much I Feel - Ambrosia

Laughter in the Rain - Neil Sedaka

Can’t Take My Eyes off You - Franki Valli

Fanny Be Tender - The Bee Gees

If You Leave Me Now - Chicago

Don’t Ask Me Why - Billy Joel

The Most Beautiful Girl - Charlie Rich

A space to perform