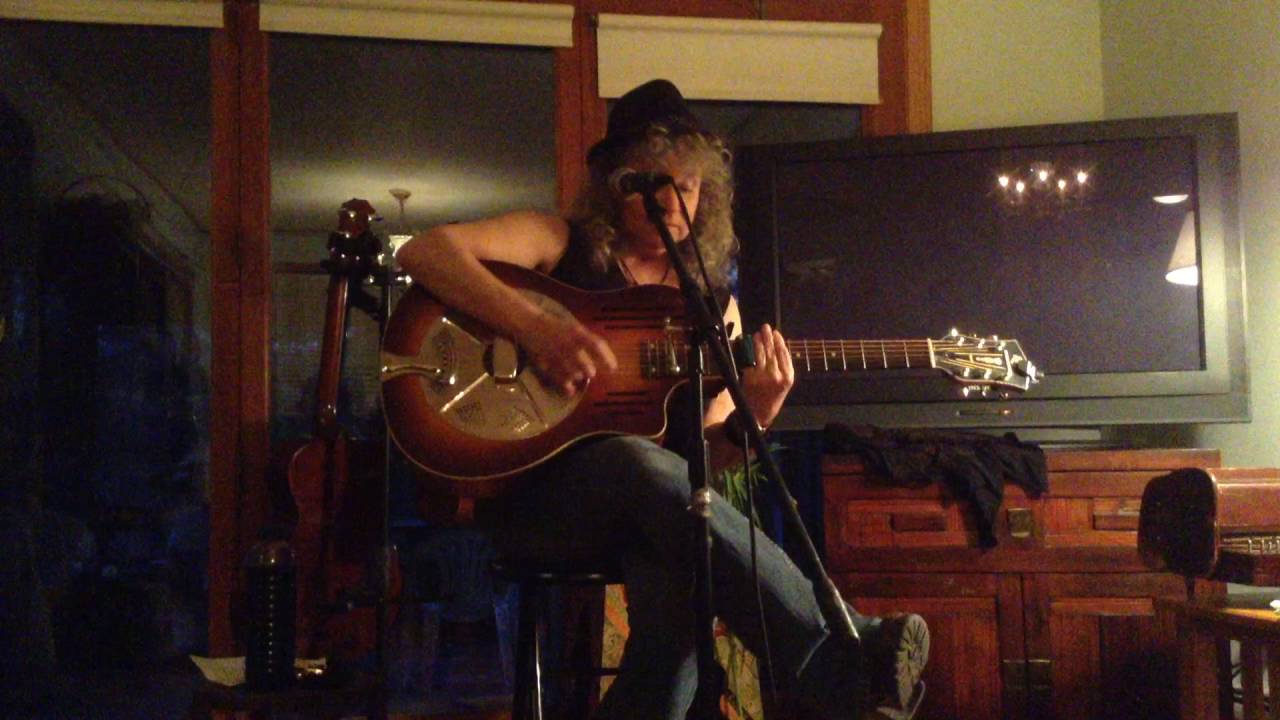 The Road to Prague (original instrumental) 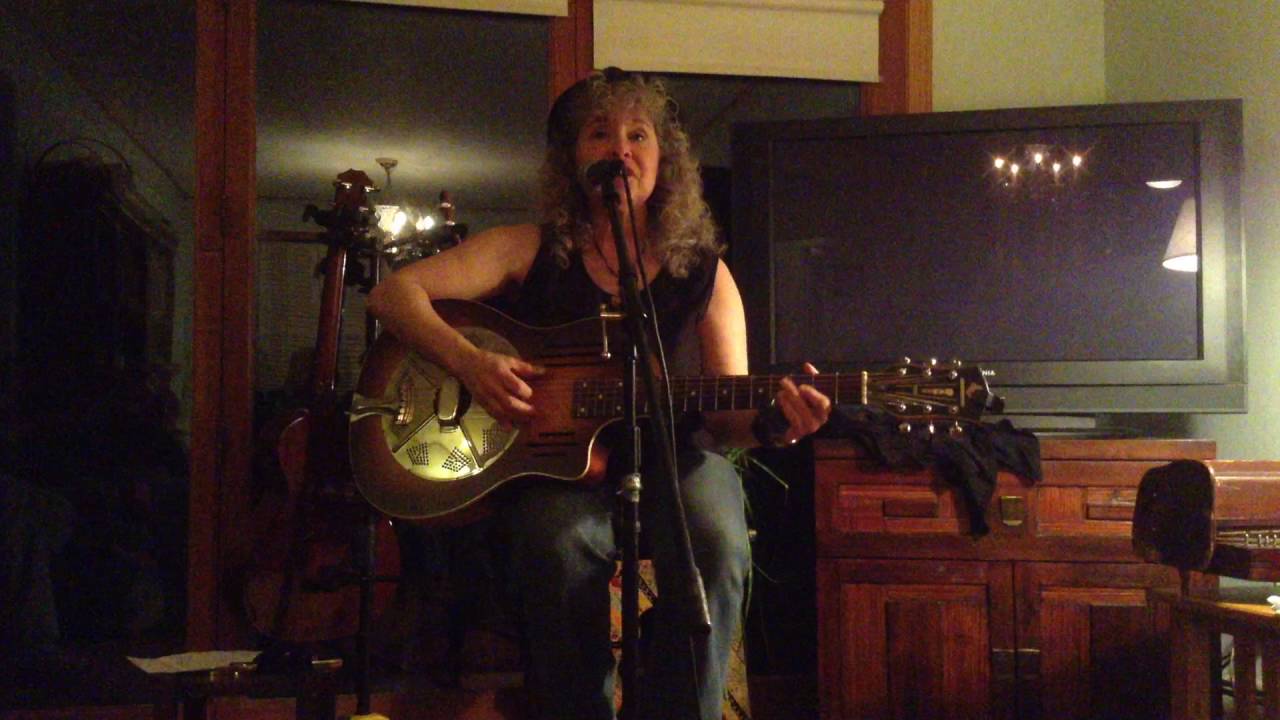 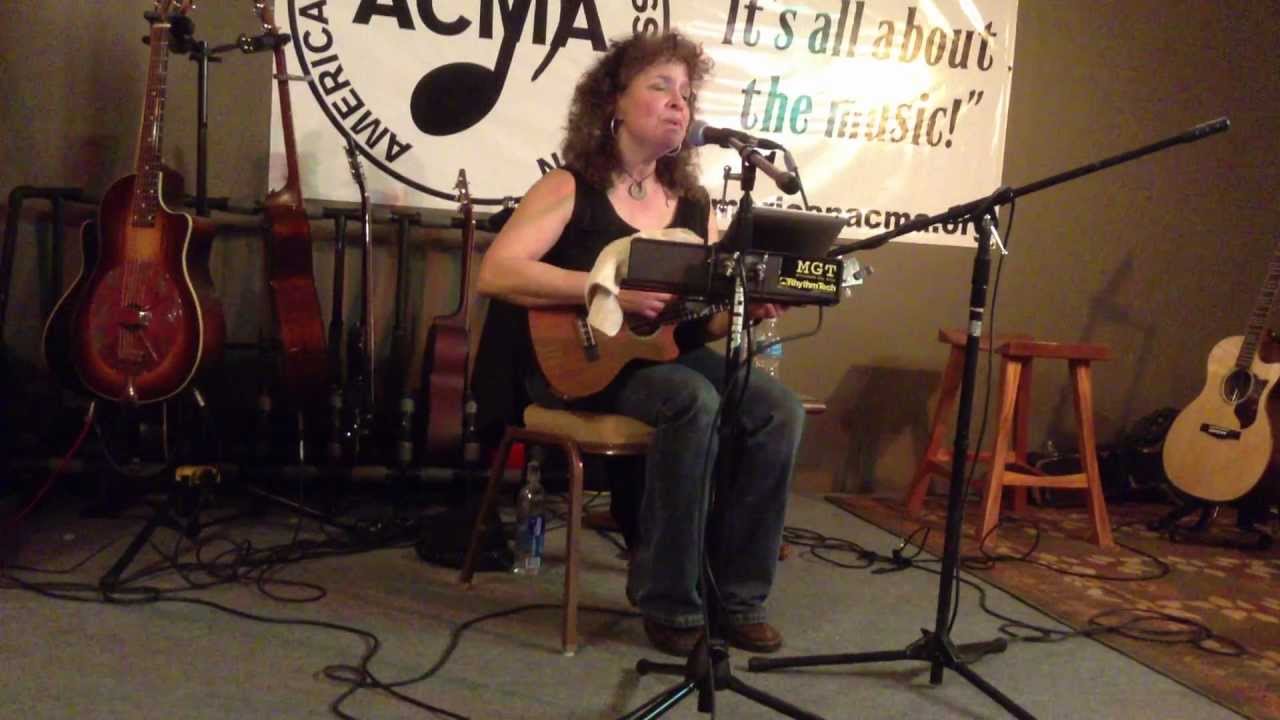 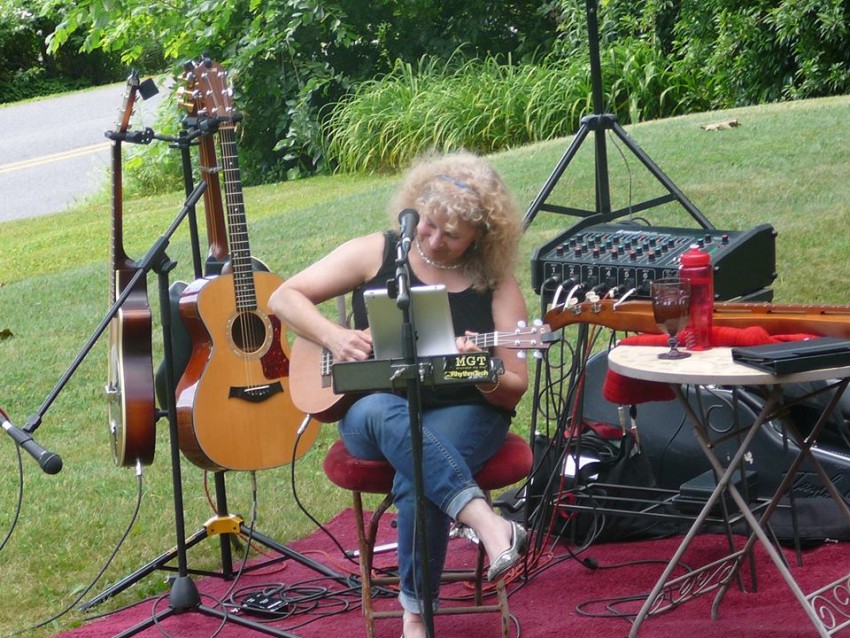 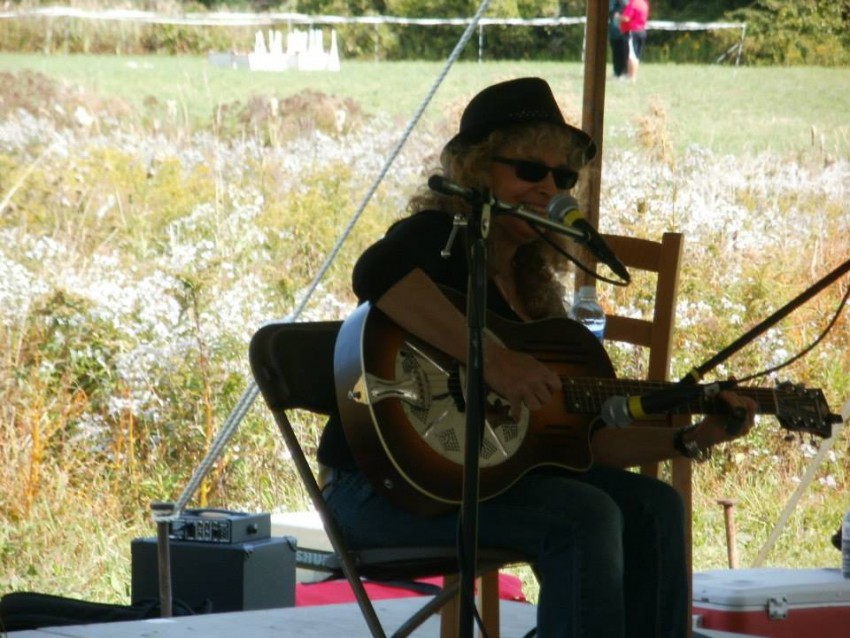 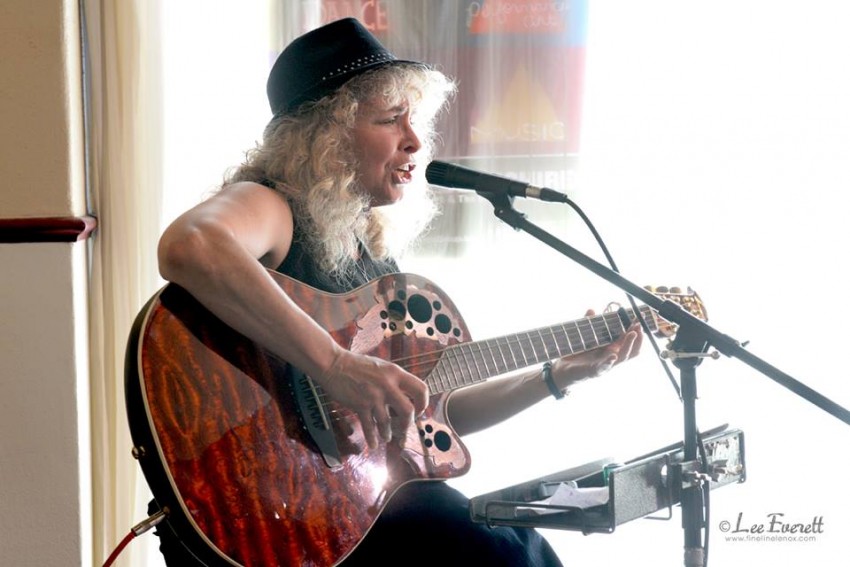 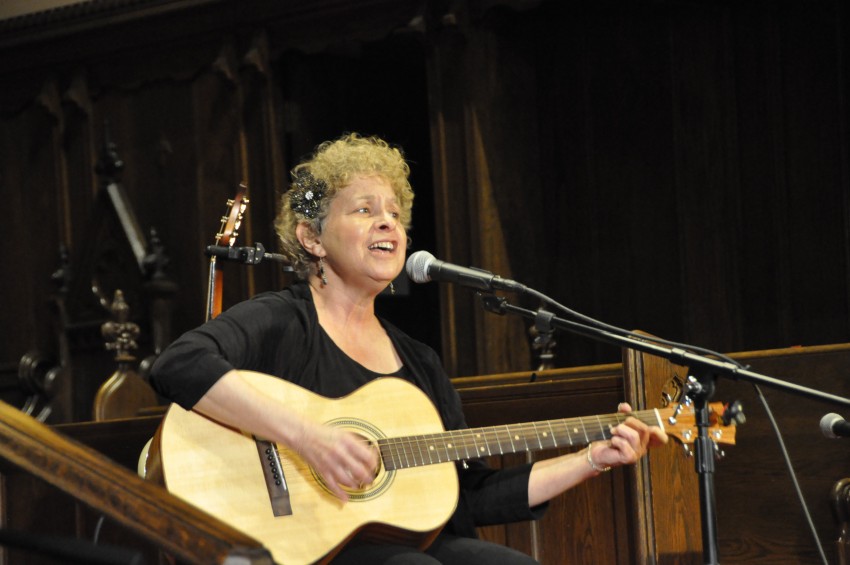 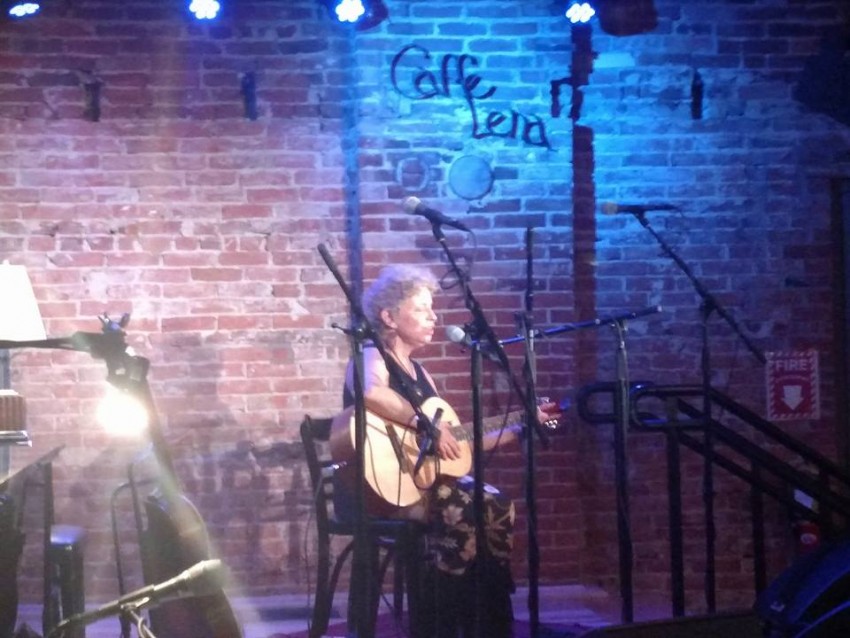 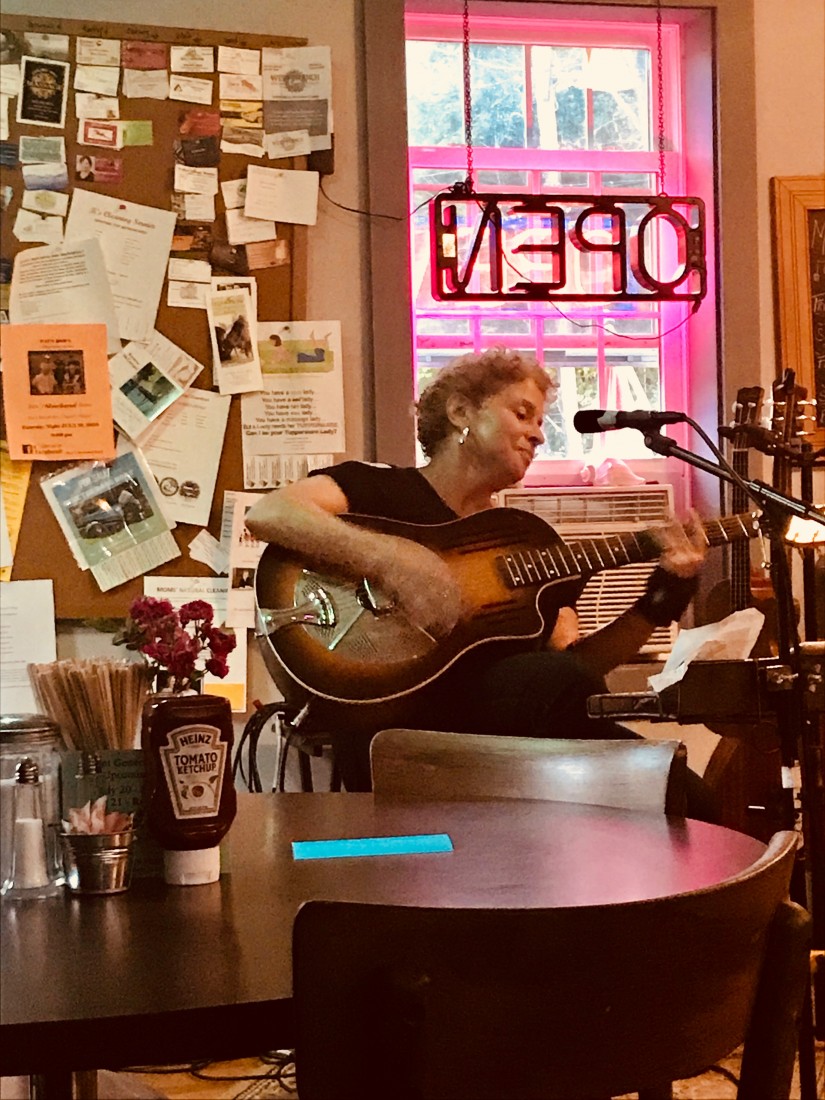 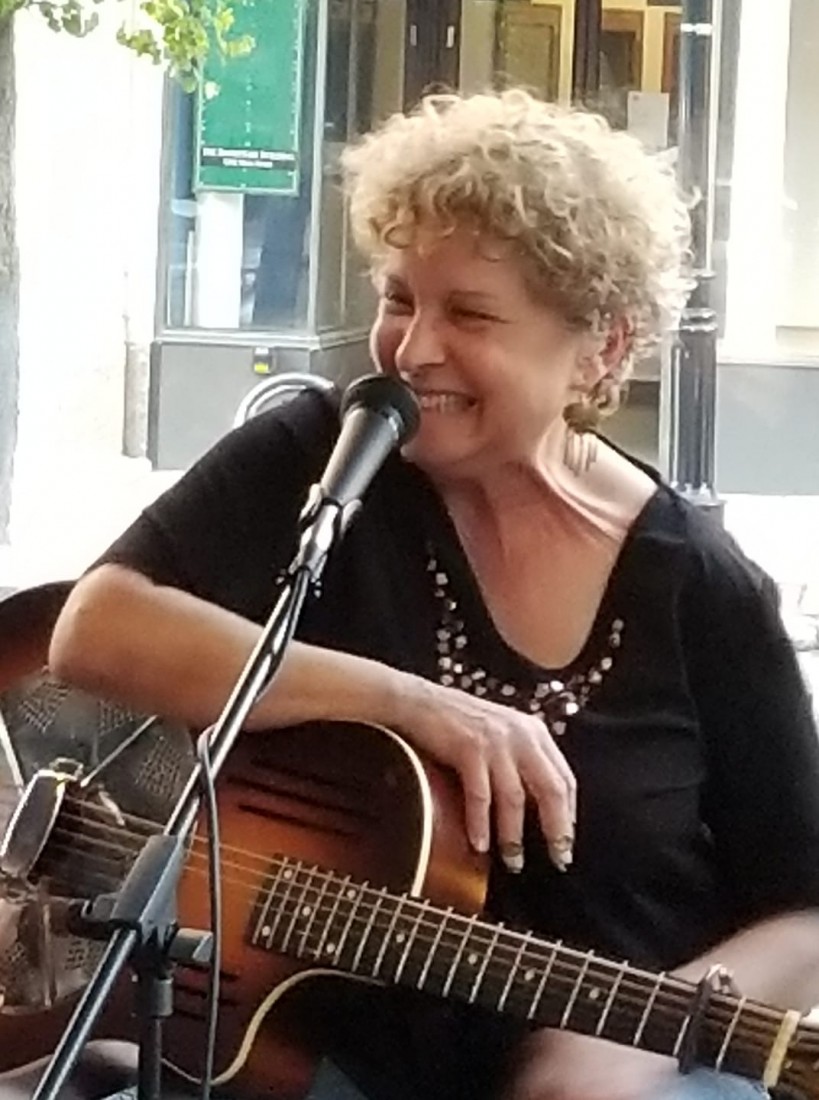 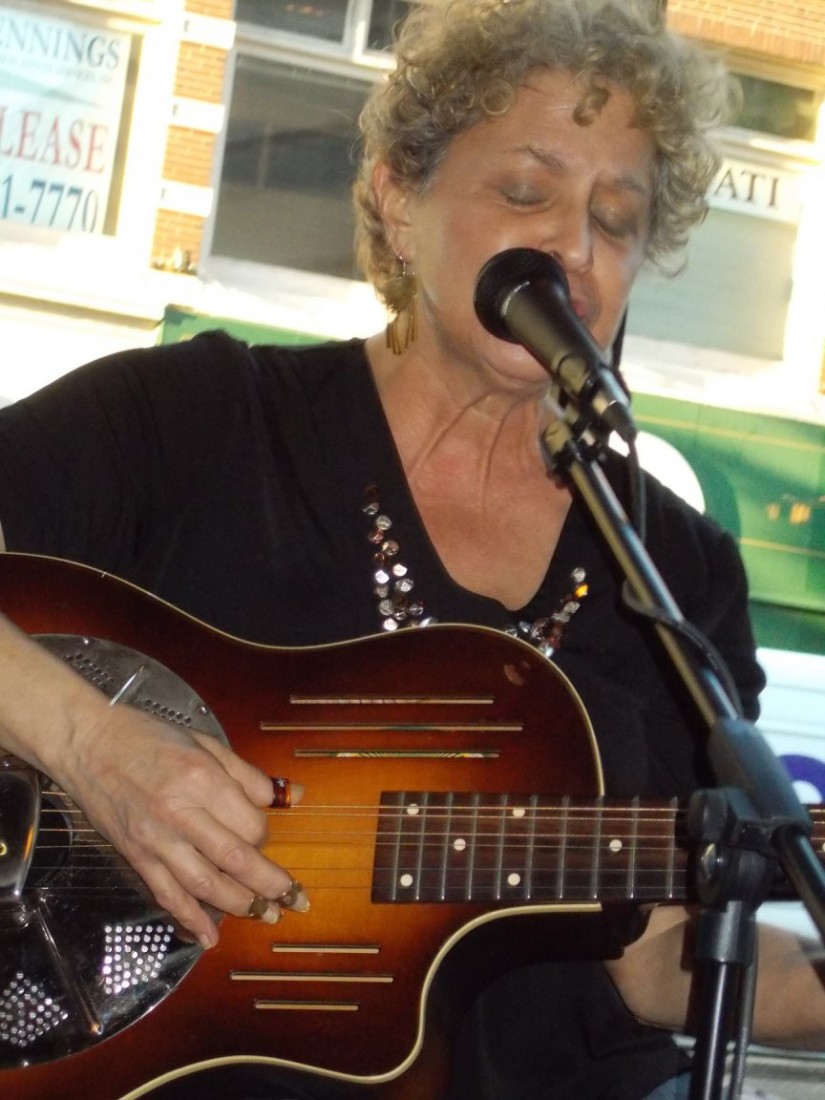 22013 Boston Blues Finalist, Robin O'Herin, specializes in historically rich, often interactive concerts that include original and traditional American music, based in the pounding backbeat of the Mississippi Delta. Specializing in Delta and Piedmont blues and gospel she brings this seminal music into the present. Both energizing and warm and affirming--Let her take you on a journey of musical exploration through the Delta and Piedmont regions of the South. Song selections may include Robert Johnson, Blind Willie Johnson and Robin's own original blues and fingerstyle ballads.

Robin. The star of my 70th birthday!

She was very generous with her performance. She is so talented with a range of styles and instruments. Her original compositions were a hit with the guests.
The perfect match for any event. Entertaining and professional. A gem!

Michael, thank you so much. It was an honor to be part of your birthday celebration and meet you, Joyce and all your wonderful guests. I thoroughly enjoyed entertaining everyone--Everyone was very kind and interested in my music, and I enjoyed playing their requests. I appreciated the help setting up and breaking down. I have never had more fun being "background music." The time just flew by. I smiled all the way home. <3 robin

Robin played for a very special/intimate event for my family. It was just what we needed. The added layer of live music was just wonderful. Everyone loved it, kids and adults. She is great!

Thank you Charlotte. It was a privilege to be part of your event and meet your friends and family.
Warmly, robin

Concerts are warm, affirming, often interactive, experiences she shares with the audience. Let her take you on a journey of musical exploration through the Delta and Piedmont regions of the South. Song selections may include Robert Johnson, Blind Willie Johnson and Robin's own original blues and fingerstyle ballads.

I am a touring blues and gospel musician. I do house concerts and workshops as well as artist residencies for schools and libraries. I offer workshops in beginning slide and piedmont style guitar and songwriting for young people and adults, as well as historically rich concerts that are often interactive. I have a program about blues and the poetry of the Harlem Renaissance that I have given at schools, colleges and libraries. I also offer a program for younger children called Rhythm and Roots...that teaches them about the backbeat and gets them moving and making music. In addition, my friend Stefanie Weber (local tap dancer--known in the Albany Area)and I have been touring regionally with a workshop we call "Tap & Blues--Say Something!" It explores the intersection of American Tap and Blues and participants actually learn tap steps and get to dance to some great delta blues.
I usually show up 45 minutes early to set up. A concert for an event can be 1-3 sets, a set being 45 minutes with a short break between sets.
2013 Caffe Lena, Saratoga Springs, NY
2012 RockOn! Band Camp Songwriting Instructor, Pittsfield MA
2012 Caffe Lena Blues Festival, Saratoga Springs, NY
2012 Partnered with Music In Common, Great Barrington, MA
2011-2013 Spartan Launch After-school Program—Beginning blues guitar & songwriting, Monument Mt. High School, Great Barrington, MA
2011 Guitar Jam III: Ladies Night Out @ The Colonial Theater, Pittsfield, MA
2011- Present Partnered with (link hidden)
2010-Present Partnered with (link hidden)
2011 Old Songs Sampler Concert, Altamont, NY
2010 FODFest @ The Colonial Theater, Pittsfield, MA
2010 WCUW Front Room Concert Series, Worcester, MA
2009 Telluride Acoustic Blues Challenge Finalist
2008 The Guthrie Center, Housatonic, MA
2007 Taunton River Folk Festival, Taunton, MA
2007 Plymouth Blues and Folk Festival
2007 Black Potatoe Festival, NJ
2007 Opened for Paul Geremia
2007 Opened for Davis Coen, Bridgeport, CT
2006 Opened for Roy Bookbinder, Little Rock, AR
2006 Tropea Blues Festival in Tropea, Italy
2006 Memphis Blues Challenge finalist
2005 Licensed two songs to PBS for the soundtrack of the 2005 Roadtrip Nation DVD series (episodes 4 & 5)
2005 Headline act for the WRA’s “Resophonic Blues Festival” in the Czech Republic
2004 Opened for the Doobie Brothers, Pittsfield, MA
2003 and 2005 Boston Blues Challenge Finalist
2003-Present Taught songwriting at RockOn Band Camp, Pittsfield, MA

I can bring a sound system. If not, I need inputs for 3 guitars, a vocal mic and instrument mic, chair, small table and monitor.

Song selections may include Robert Johnson, Blind Willie Johnson and Robin's own original blues and fingerstyle ballads.
I also can do a number of folk/blues selections from the 60's, and am available to learn specific songs for specific events.