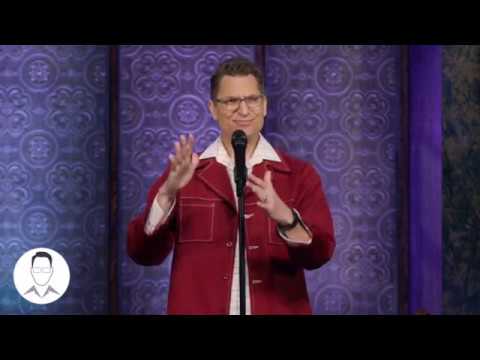 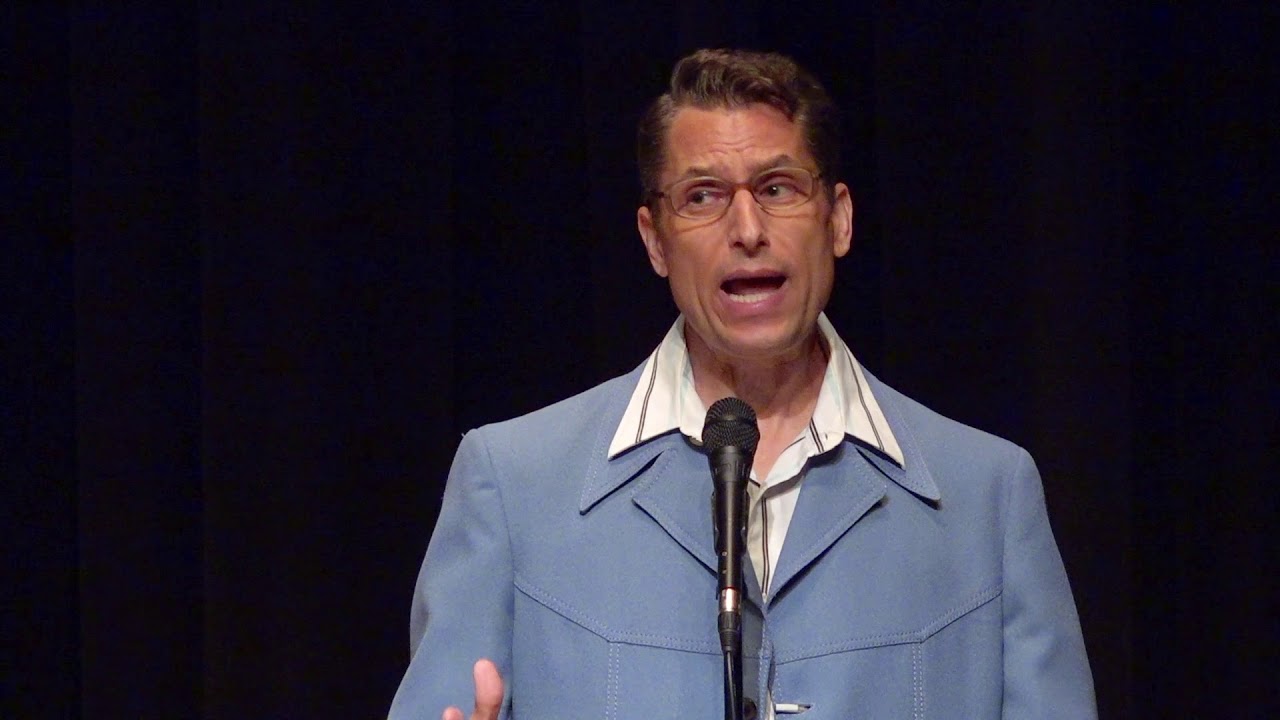 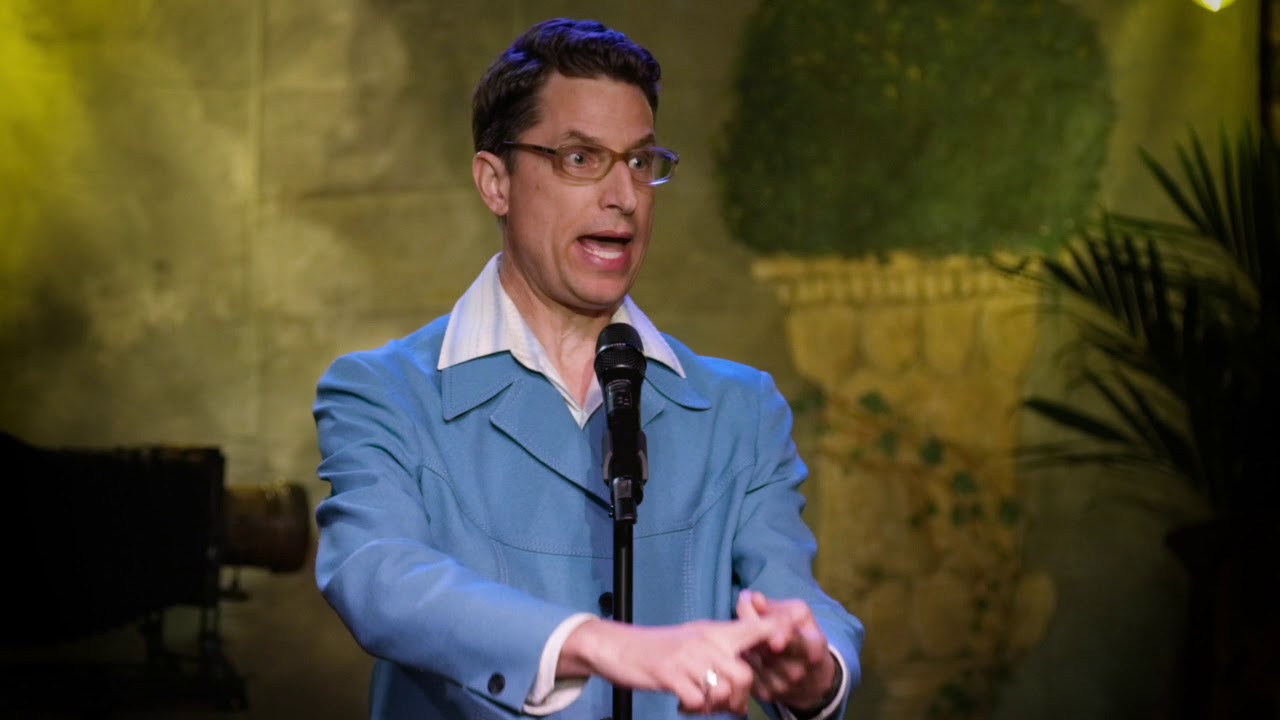 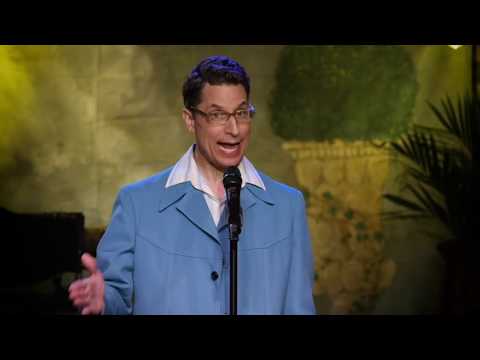 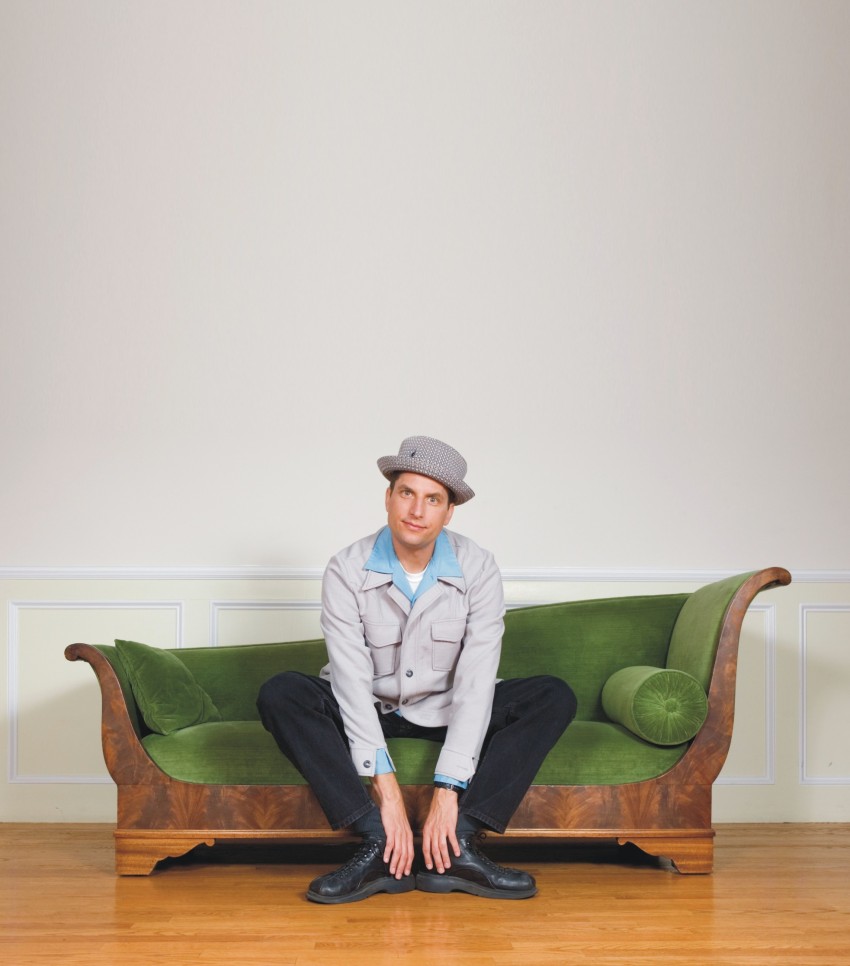 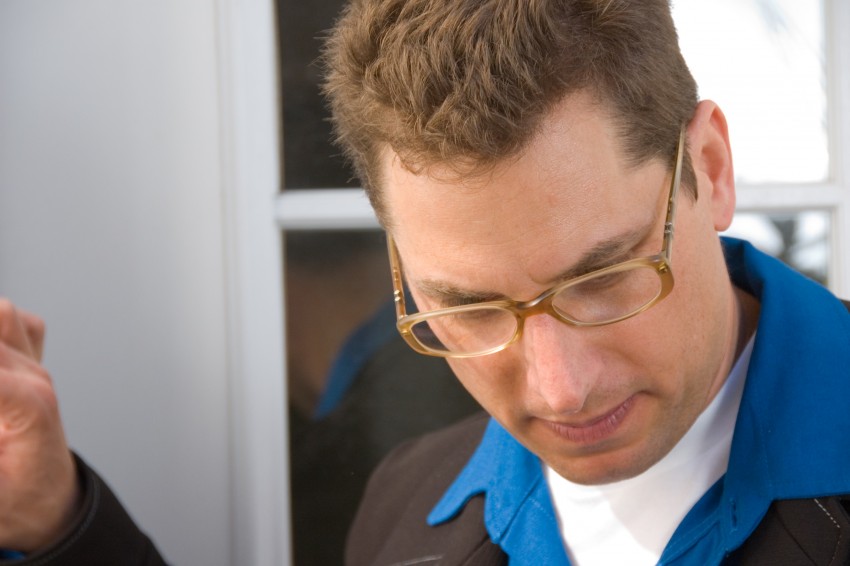 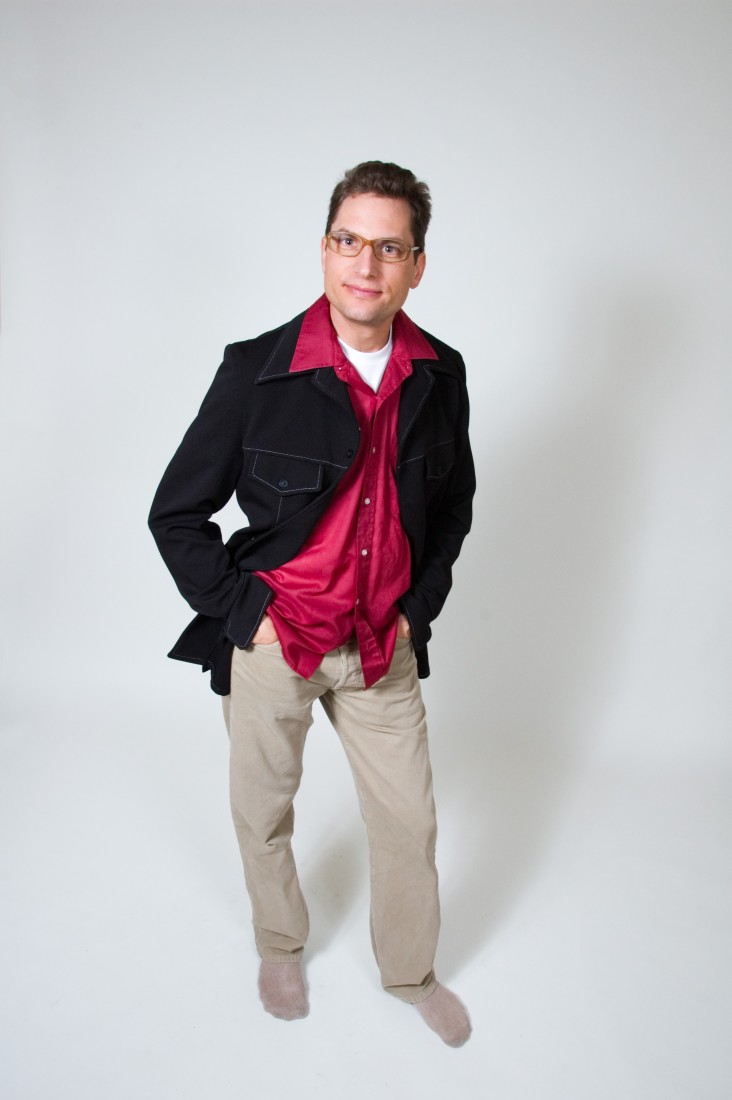 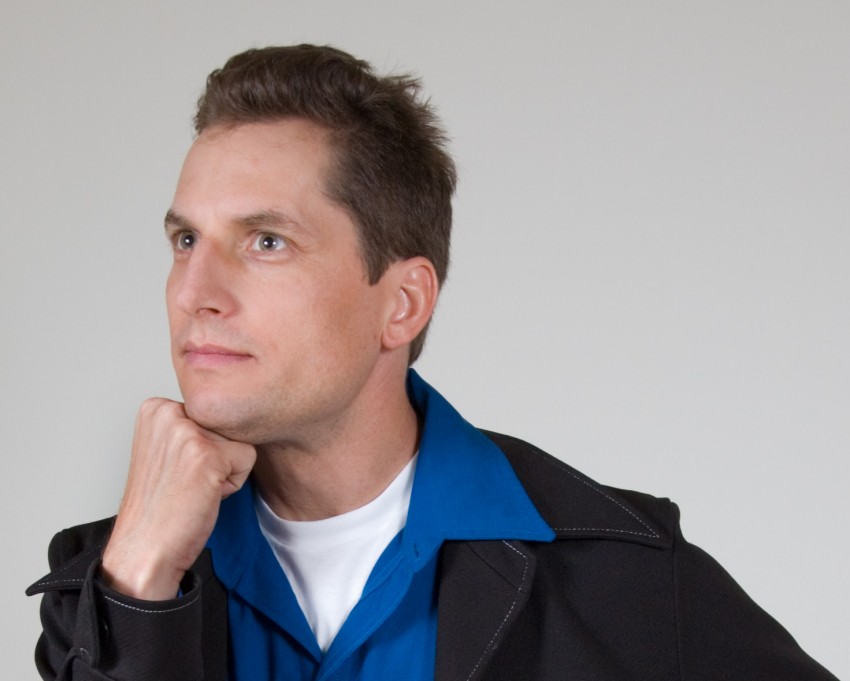 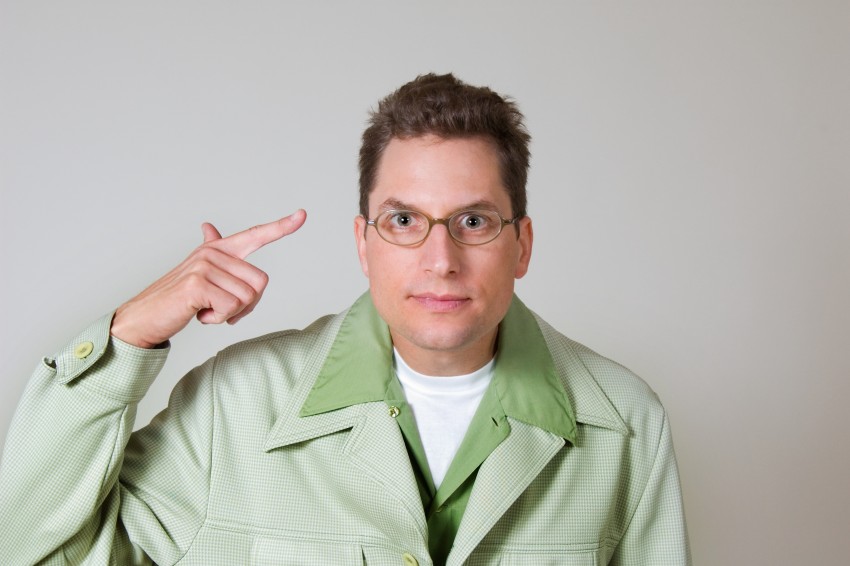 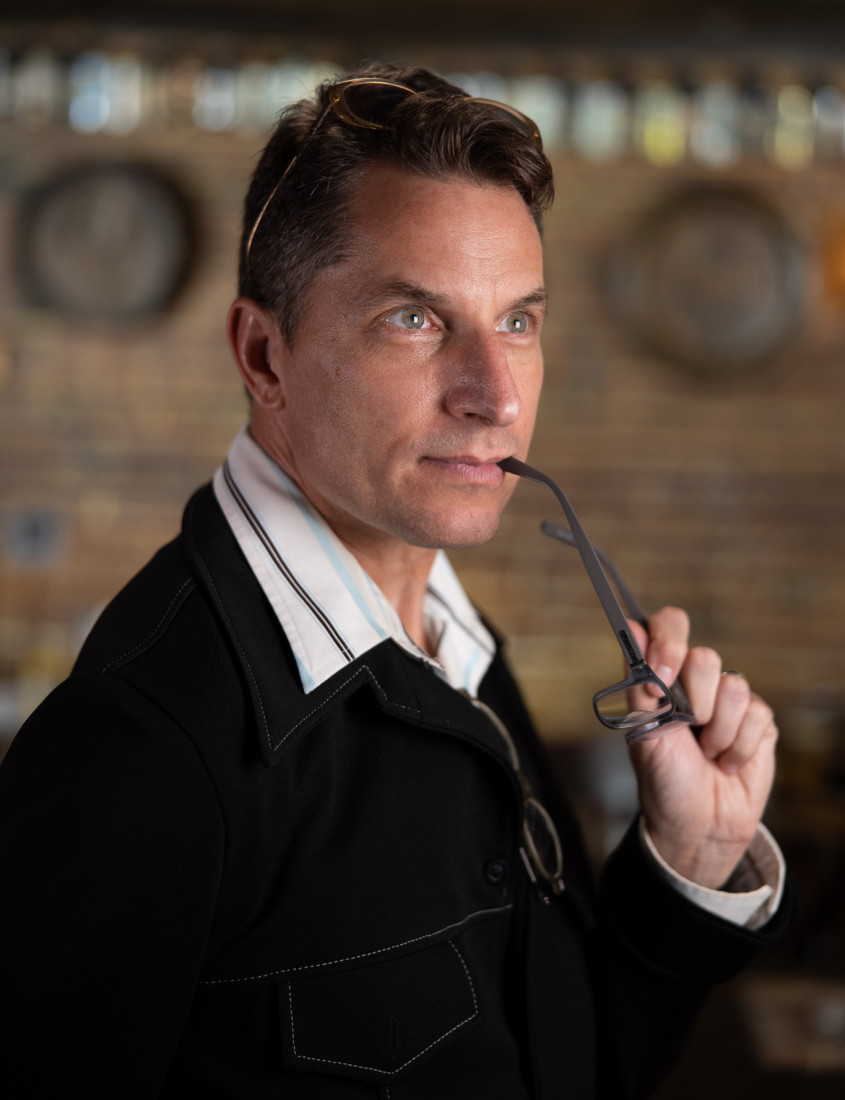 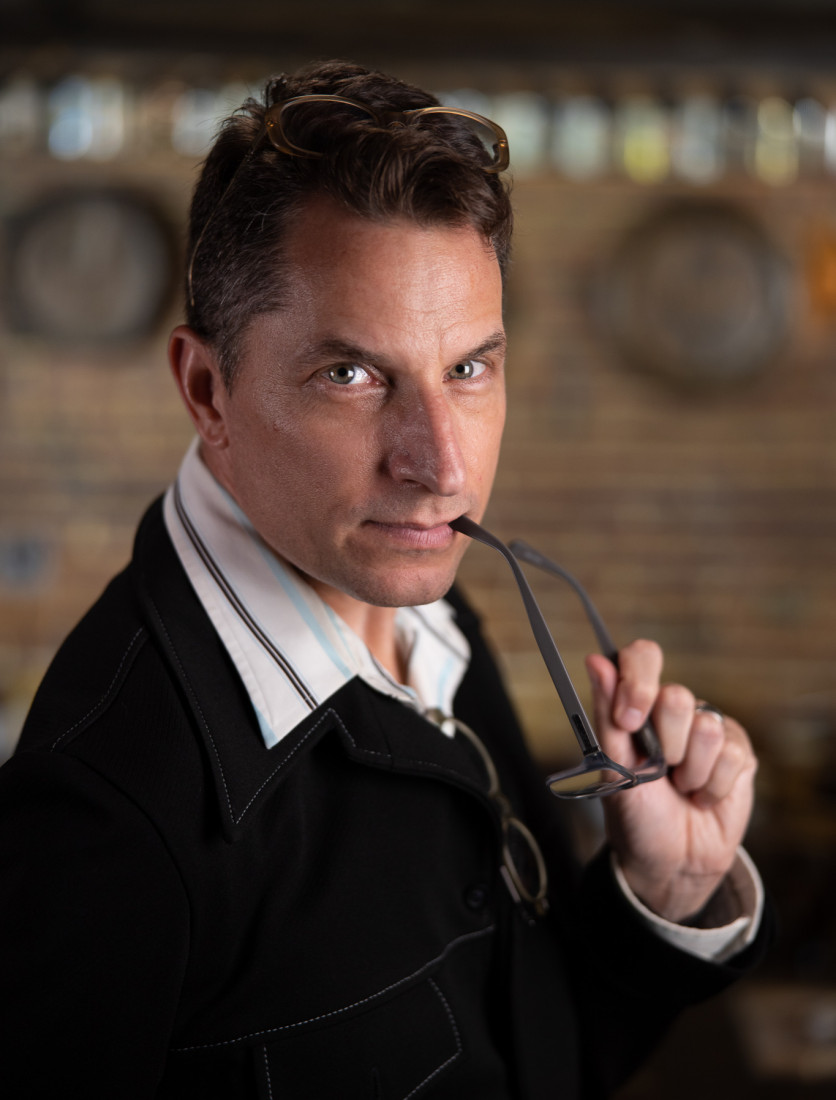 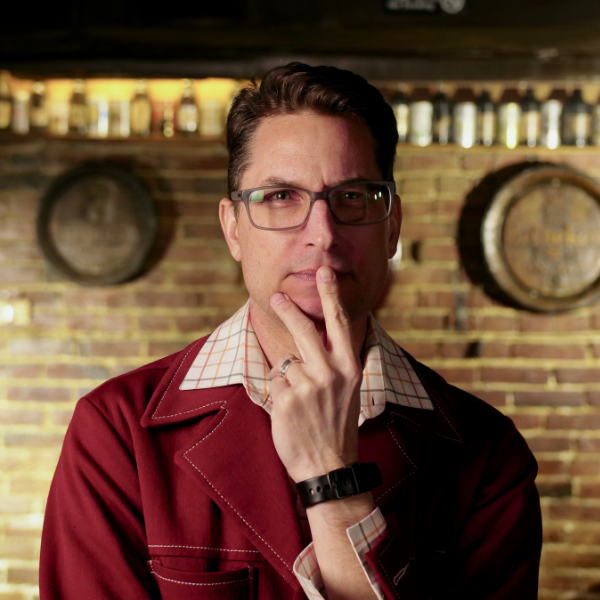 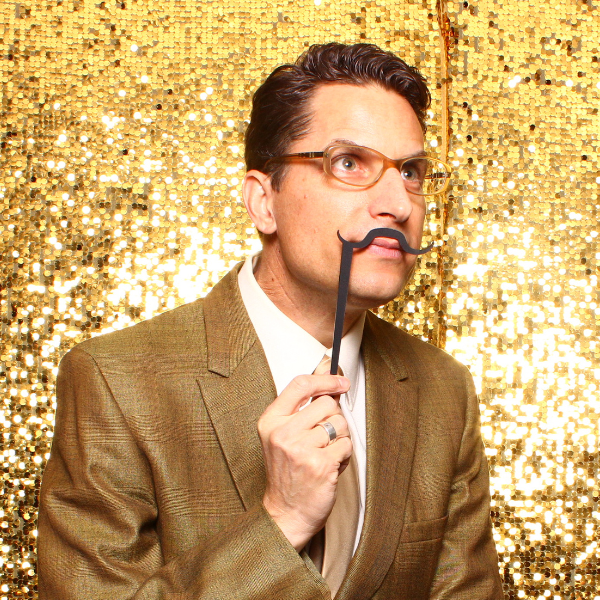 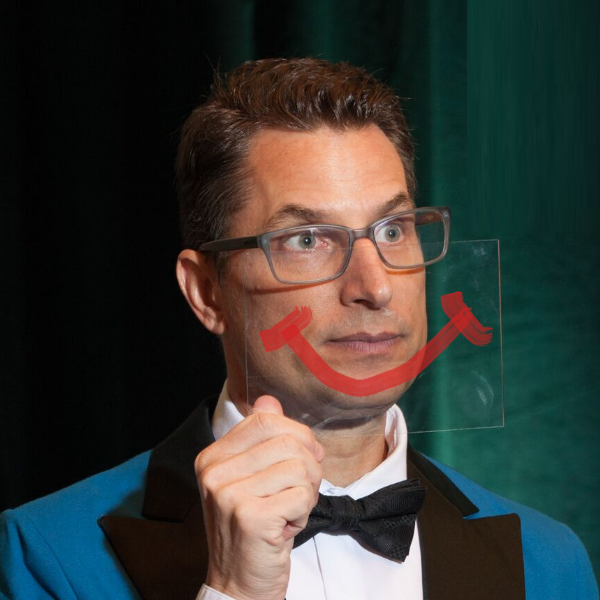 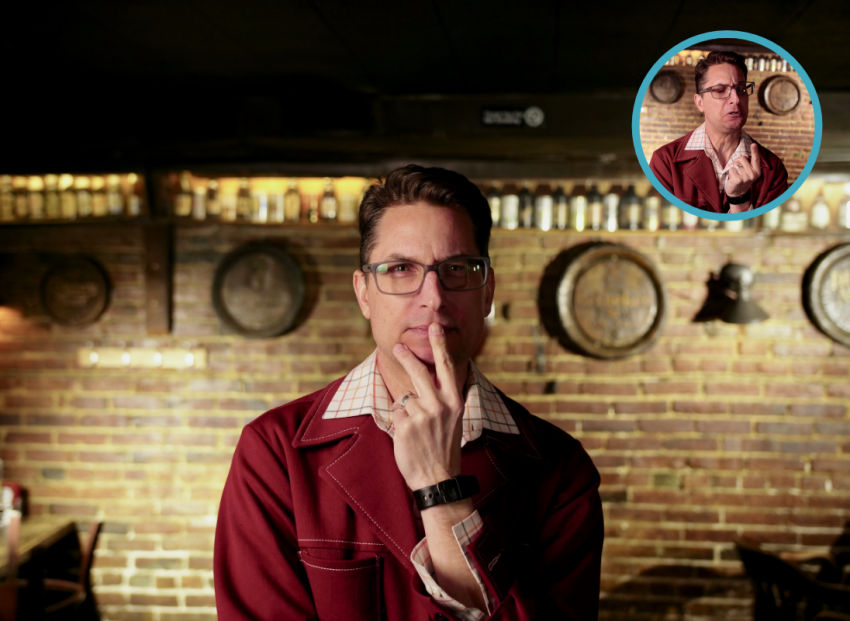 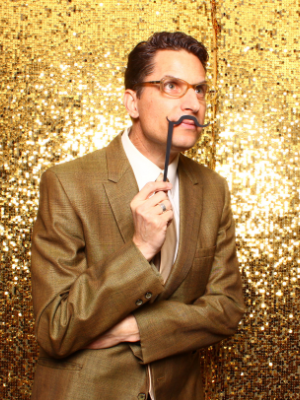 I've been a professional nerdy comedian for over 20 years, and have worked the gamut: comedy clubs, cruise lines, colleges, corporate events, festivals and even on TV.

I have been described as a "clever comic" (Wanda Sykes) with "great writing" (Lewis Black) and "labyrinthian switcheroos" (Maria Bamford). I won Comedy Central's national stand-up comedy award about a billion years ago, and was once our nation's 67th funniest comic, according to an industry poll.

If you want a rootin' tootin' party comic, I'm probably not your guy. But if you are looking for a professional act that's smart, clever, and cerebral--and appropriate for both clubs and corporate settings--take a look.

Robert’s performance at my daughter’s birthday party of three was nothing but professional and spectacular! We enjoyed every moment of his delivery. And my daughter enjoyed her day exponentially. Thank you Robert, keep up the good work! Highly recommended indeed.

Woo-hoo! Thanks for the lovely review!

Mr. Mac did an awesome job keeping the crowd entertained.

Mr. Mac did a great job keeping the crowd entertained

Thanks for the lovely review!

He did a gig for our company holiday party. It was fun & involved some of the crowd. After, he let us use his AV equipment for our own speeches and gifts. Not only that, but it was almost a second act from him because he stood up and commented on the things said and gift game that we were doing. He had everyone laughing so much during that part and none of that was planned. Thanks again - Highly recommend!

Thanks, Brooke! I've done a lot of company parties, but playing with your staff during the gift exchange was one of the most fun times I've had at one of these. Thanks for having me and for the great review!
—Robert

Thanks, Michelle! Glad it went over so well.

Did a great job

Did a great job making a our boring corporate training event more lively, did a comedy set and acted as MC

Thanks, Brad! I appreciate it--have a great week.

Robert Mac had our audience laughing out loud. His show is based on the topical issues of today and delivered with intelligence and humor. He proves that you can be truly funny and be a clean comedian at the same time. Our audience ranged from 9 to 84 and they all had a good time. I would highly recommend Robert Mac for your next event.

Thanks, Diane! I appreciate the review--and I had a lot of fun, too.

Robert was incredibly funny and perfectly professional. If we are ever in need of a comedian, I would love to book him again. Thanks Robert!

Robert is the Terrific

Robert was professional and great to work with. He really cares and wants to learn his audience so he can deliver a great performance.

Defintely would recommend to anyone looking for a comedian

Thanks, Aaron! I appreciate the kind words--have a great new year.

Robert was great! Everyone really enjoyed.

Robert performed for my retirement community and was appropriately hilarious for his audience where the average age is 87! Quick wit, great timing, smart and thoughtful humor. Would love to bring him back. Robert can make audiences of all ages laugh!

A great person to work with Robert was very accommodating to our needs. He personalized his jokes to the occasion and connected with the guest of honor.

Thanks for the kind words, William (and for the lunch!). It was fun on my end, too. Please keep me in mind if you need me again.

Robert did a great job entertaining a tough crowd! He was a pleasure to work with.

Robert Mac did a great job for our event! He was able to use the material we gave him to make it relevant to our audience and also hit a wide range of topics which was great because of the different age ranges we had in the audience. Robert act went off without a hitch, he did not stumble or pause once keeping the audience engaged. He was able to keep it clean and corporate friendly while still making the audience laugh - he is great for corporate events!

Robert Mac made us laugh

We needed a corporate comedy show and Robert was an excellent choice. He was professional throughout the booking experience - and a professional at his craft.
We had a great time and made some great memories
I would recommend him over and over again

The best party ever!

Robert did a show for our annual office holiday party. It was a surprise for the guests, they all thought he was a motivational speaker. Robert absolutely, without a doubt, made our party one of the best we have ever put on! He had our guests in stitches the entire show. He customized his show to include tidbits about our staff, but it was never offensive. I would highly recommend him for your next event!

We laughed so hard our cheeks hurt!

Robert Mac turned our private party into a comedy club. We all laughed so hard our cheeks and sides hurt. He was extremely professional and everything we had hoped for our event. The guests could not say enough great things.

My performances range between 15 and 90 minutes, and audiences can always expect a clean, smart, professional performance.

My material runs the gamut, from the mundane to the esoteric, with flashes of my personal life popping up unexpectedly in the background. During a show, I may refer to Godzilla being on my fantasy football team, how Bryce Canyon was formed, and when my mom Pat came down to the basement (even though she's not allowed to without permission). Throw in some classic-rock song lyrics and some words I made up along the way, and you get an idea of the eclectic mix of topics I discuss. (By the way, I can customize material, too.)

And to the audiences who leave my shows with tears of laughter in their eyes:

Stupid crybabies! I'll give you something to cry about: you're not getting your money back! ; )

I perform smart, clean comedy for all sorts of events and venues: holiday parties, weddings, birthdays, graduations, association meetings, company appreciation parties, and even your typical comedy show. I generally play a "thinking man's non-thinking man"--a know-it-all who really doesn't know anything at all. While much comedy is aggressively attacking, mine is self-deprecating, allowing audiences to laugh without having to see if the boss is laughing, too. My act has won local and national awards and has landed me on Comedy Central, The Learning Channel, and Last Comic Standing, to name a few.

I can customize material to make events more special, create a game show (with gag prizes), or just do my club act. I am also a Master of Ceremonies that can keep an evening rolling while keeping it humorous as well.

I'm also a motivation humorist who can inject lots of laughs into motivational talks, or even pretend to be an expert in a given topic . . . until it's revealed that I'm just a bumbling fool. (This works great at the end of a conference when attendees have burnt out on boring speeches.)

If you have a smart, attentive audience (and a good audio system), they'll have a good time.

It's the little things that make the show work: a stage, a mic and mic stand, a good audio system, and proper lighting. Those aren't always considered or available, but that--and an attentive audience--is all I need.

My set list is determined by the client and the event.

I'm very impressed with Louis CK, Maria Bamford and Patton Oswald. I'd say my first influences were the surreal Steven Wright and the silly Steve Martin, and the self-deprecation of David Letterman.