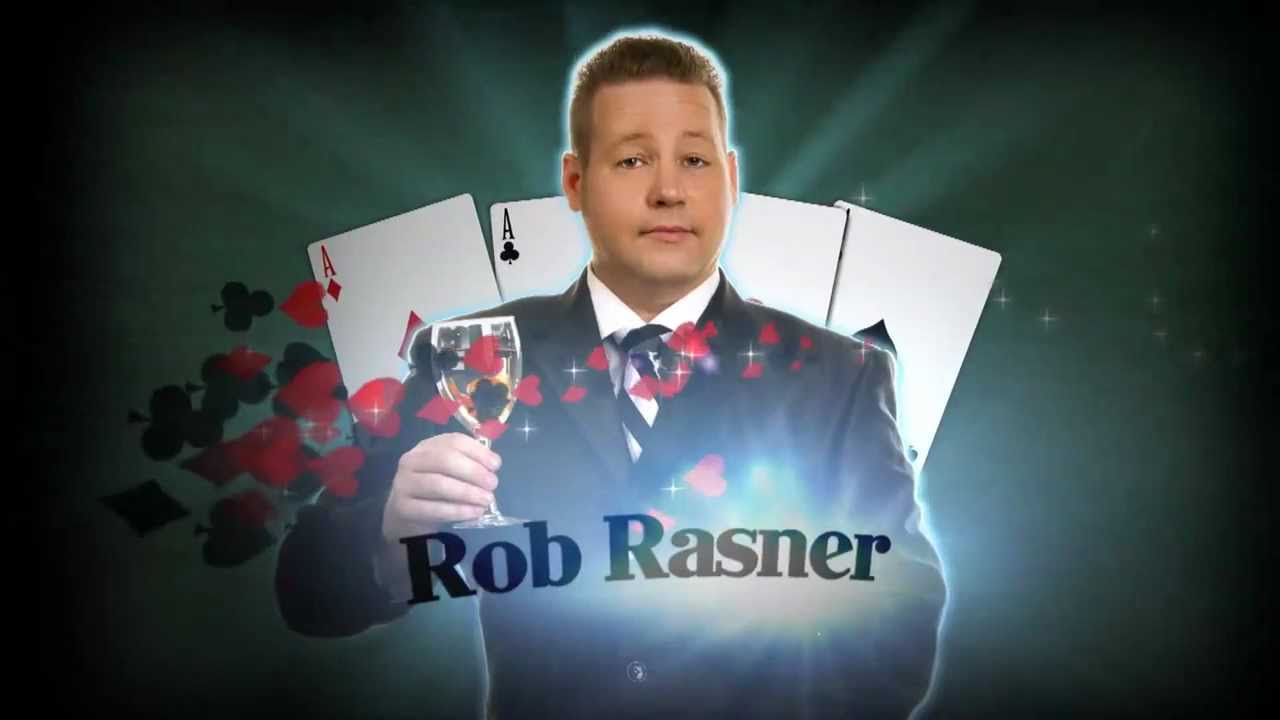 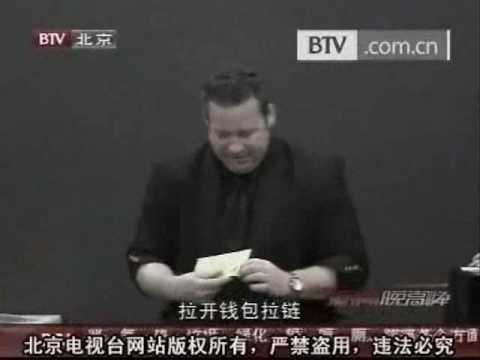 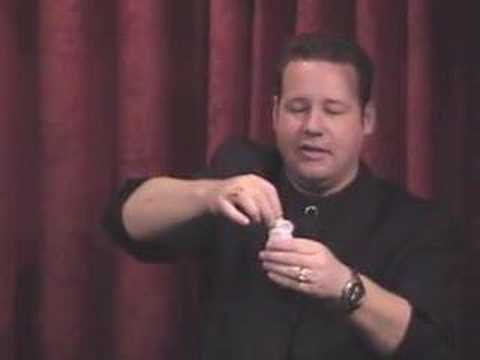 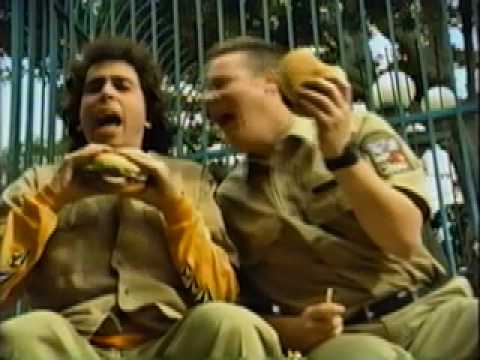 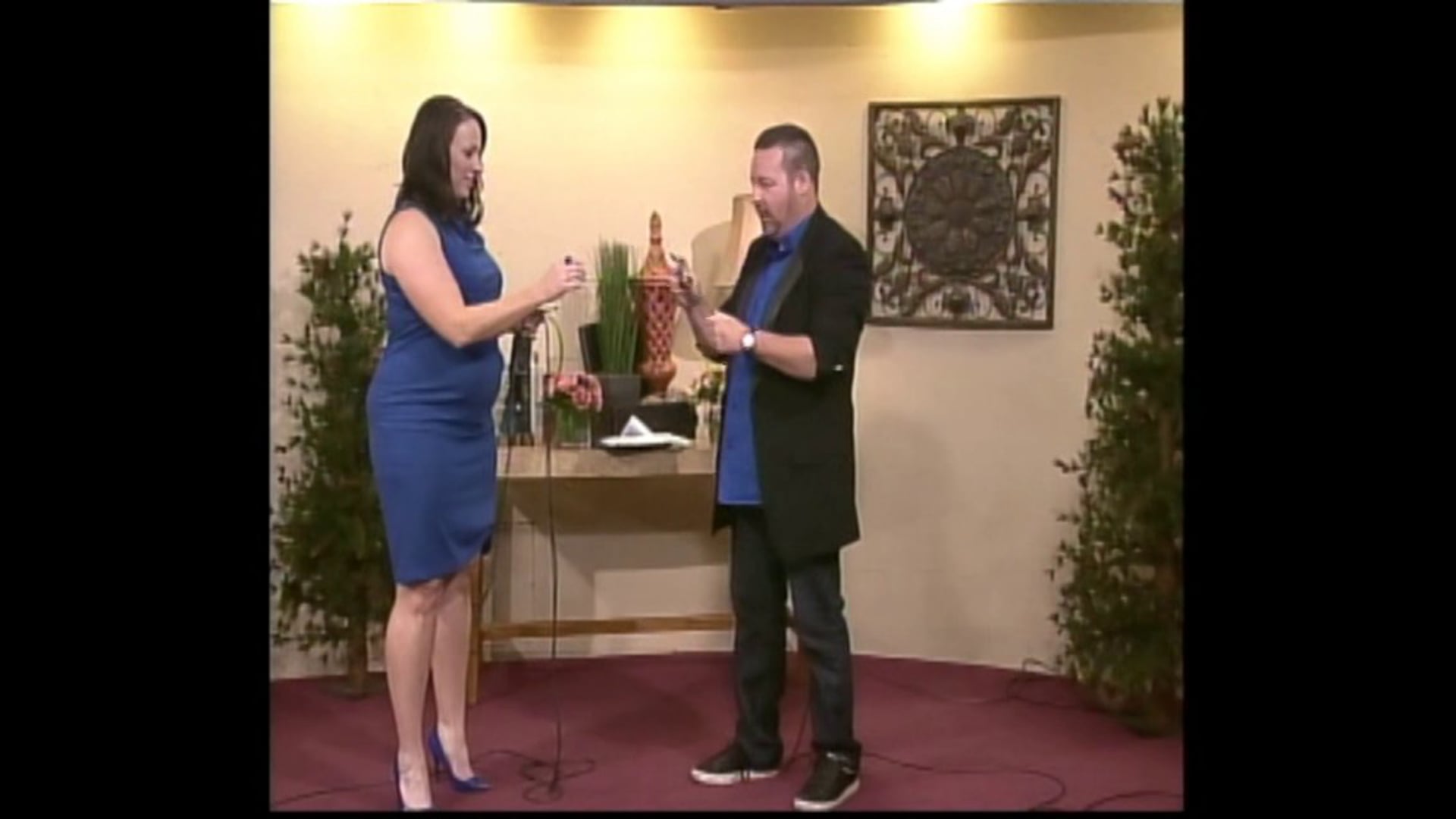 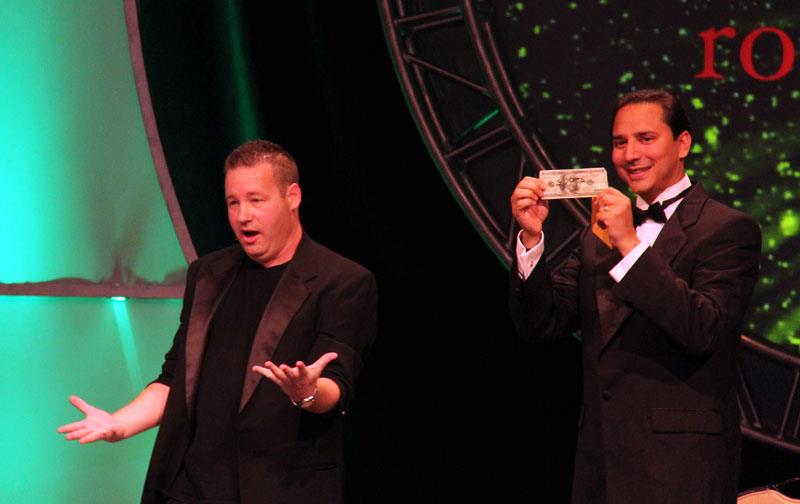 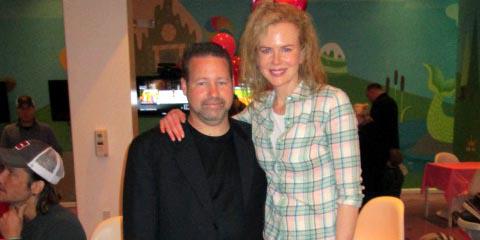 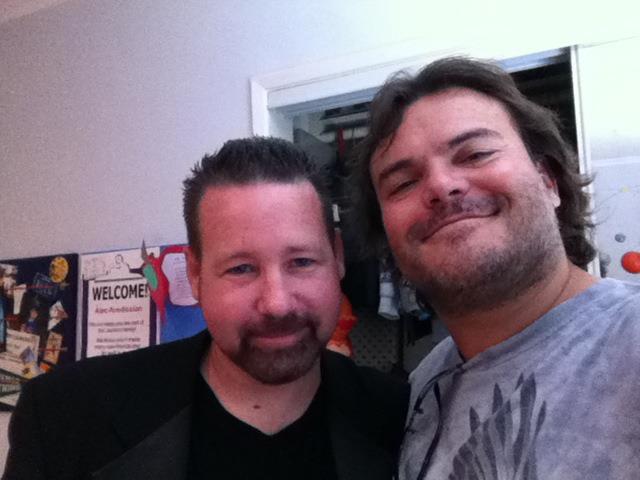 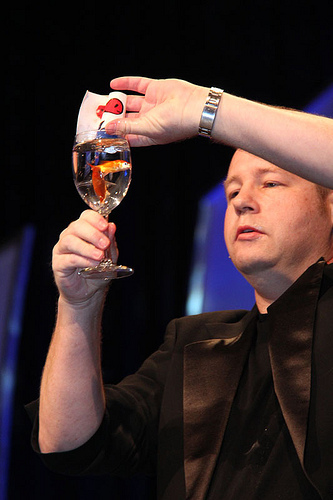 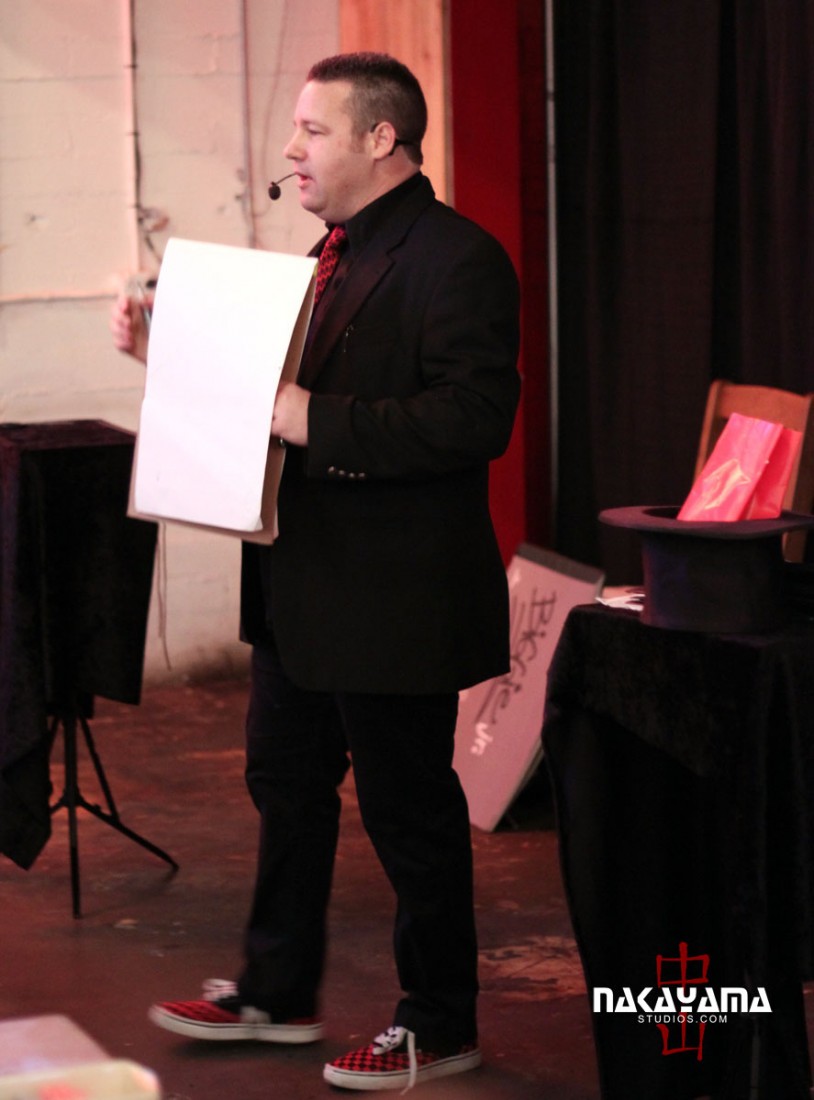 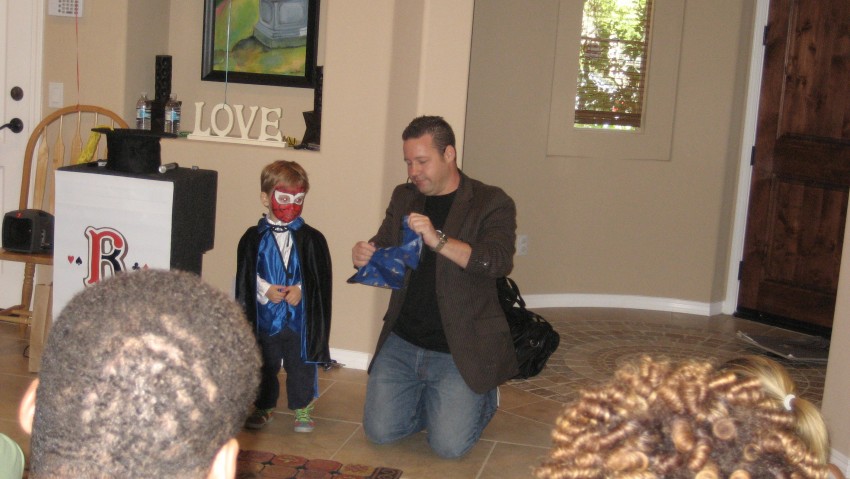 Full Time Professional Magician, have traveled and performed world wide. I have programs that range from Children's shows, to stand up clean comedy magic shows for adults, and family style shows, corporate shows, walk around strolling mingling close up magic, and also some illusions. I have performed for celebrities, royalty, overseas, and right here in somebody's living room! All of My Magic is age/audience appropriate, I use music, magic and comedy. My Motto is "Making your next event a Huge success while making you look great, Guaranteed!!

We hired Rob for my mother's 60th birthday. Everyone had a great time! We only had three kids at our party, but he made sure to include something special for them!

Great show the young children loved it as well as adults!

Rob was terrific
Both the adults and kids loved the show
Don’t pass him upl!!!

I first saw Rob’s act on a Norwegian cruise. He was absolutely captivating, and the entire theater loved him. This was an all ages show, and I never felt like I was watching a kid’s show. He got us all wrapped into his stories and showmanship. When I approached him for his contact information he was personable and professional. He made hiring him for a corporate gig very easy. After seeing him on a ship, I couldn’t wait to recommend him for our annual party. Once again, he thrilled everyone! If you’re considering a magic act for any event whatsoever, I’m certain he would find a way to dazzle. I’m a genuine fan now and would absolutely hire him again!

It was just great!

Rob is easy and pleasant to work with. Communication was easy, arrived on time. Kids had lots and lots of fun ❤️Thank you!!!

Thank you Rob for making our virtual magic show so special. He handled a large group of varying ages with ease and brought humor to all of his acts. Would definitely recommend or hire again!

Thank you Nicole! I really appreciate you Taking the time to write a review. I’m glad you guys had as much fun as I did!

Rob is a great magician. Everyone really enjoyed his show.

Rob did a great job entertaining the kids and the adults. I would definitely recommend him.

That was real magic at work.
All guests are still talking about it. Liked format, presentation, contact with audience.
Would recommend Rob to others.
Mike

We had a special birthday to celebrate this weekend and Rob provided what was equivalent to the icing on the cake for what turned out to be a very successful event. Rob arrived to the event on time. Rob worked within our time parameters and entertained our guest, engaging everyone both young and old. He related well with our audience and I’m still scratching my head thinking “how did he do that?”.

Rob did and excellent job. He kept the entire party laughing and mystified by his magic. The remainder of my night was filled with questions about Rob, his magic, and how great he was!!!!

Thanks Dean! I had fun!

A magical evening with Rob Rasner!!

We will be requesting for his services for our future parties.
We wish him great success in his endeavors.
The Mohans.

Thank you Sonny! I had a great time as wel!

Let me tell you, Rob is a real great and funny magician! His tricks were amazing and everyone at our party loved him. He was able to connect with everyone at the event to make sure they had a blast. If you are looking for a great magician, look no more. You found him! Book him before he disappears. :)

Chloe's 1st bday party had a mix of ages 3-60 yr olds. (40 kids). They had a lot of fund watching his tricks. He was very funny and he new how to handle a big group. After the show, he did not leave until every kid a balloon toy. Thanks Rob!

Rob is a very kind person and puts on a really great show for all ages! He's also very funny and will make you party or event very exciting. Definitely recommend him for a magic show, he's just amazing at what he does!

Thank you Johana! I'm glad everyone had as much fun as I did 😊

Rob Rasner, a full time professional Comedian/Magician based out of Los Angeles, CA, He has headlined at venues worldwide. Rob got his start while studying at the prestigious Mystery School in Las Vegas, taught by world-renowned magician and writer, Jeff McBride.

Rob travels the country with his unique stylings of comedy & magic, performing nationwide at corporate events, on the college circuit, and headlining in popular venues throughout Europe and Asia. When Ashton Kutcher needed the best of the best to help with a popular magic-themed hidden camera show, he hired Rob as a consultant and writer and performer for MTV's “Room 401.”

Rasner also appeared on the A&E series “Gene Simmons: Family Jewels.” They enjoyed the performance so much that he was brought back to perform for Gene's 60th birthday party. In 2010, Rob gave a command performance for the princess of Saudi Arabia, and he has toured China and performance on Chinese television multiple times. In the States, Rob has been a regular at the Mirage Hotel and Casino in Las Vegas, NV.

Rob's live show, The Comedy and Magic of Rob Rasner, combines magic and comedy with music, audience interaction, and a likable charm that will endear your guests to Rob immediately.

I customize each performance to my clients needs. Whether it be Comedy magic, sophisticated sleight-of-hand, or a Large Stage illusion, My Motto is "Making your Next event a Huge success, while making you look great!"

Amazing Jonathan, is hilarious. The way to have a great show is to have Fun, then everyone else will!