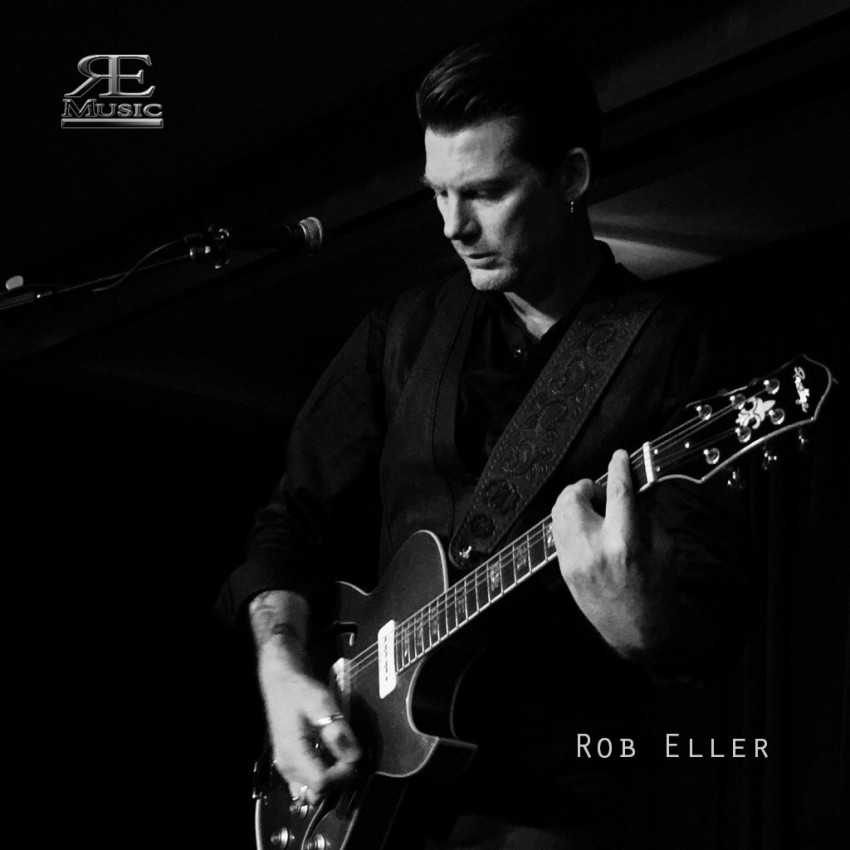 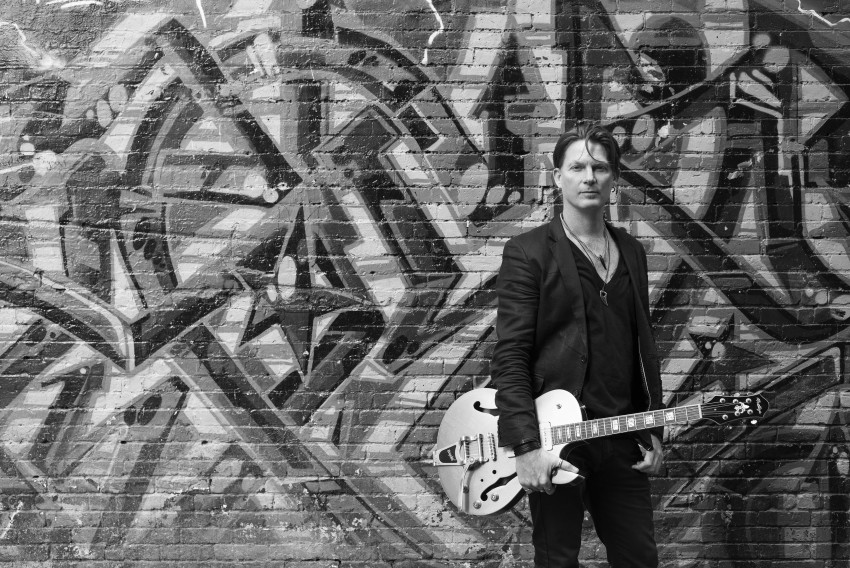 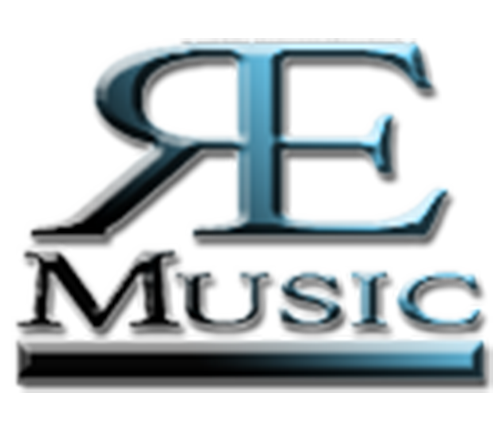 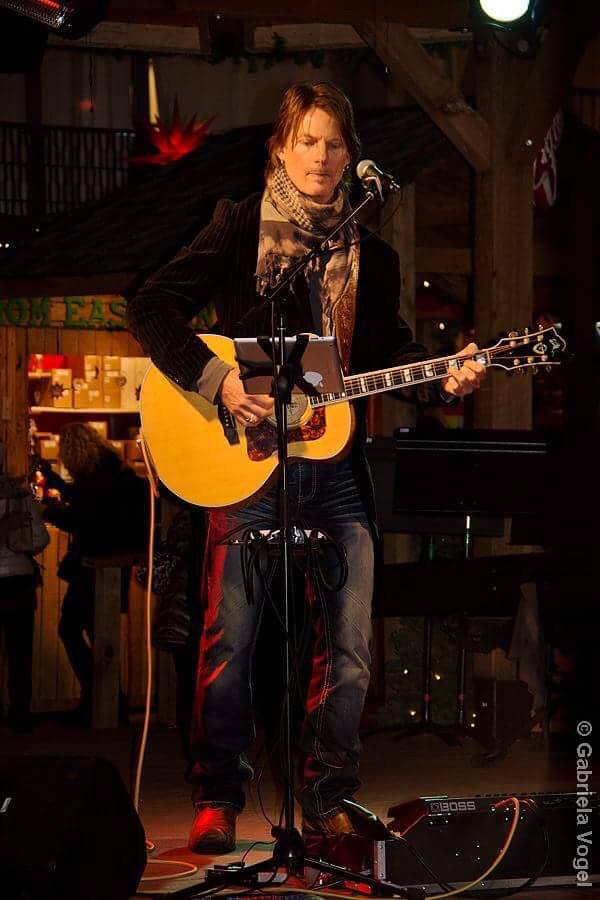 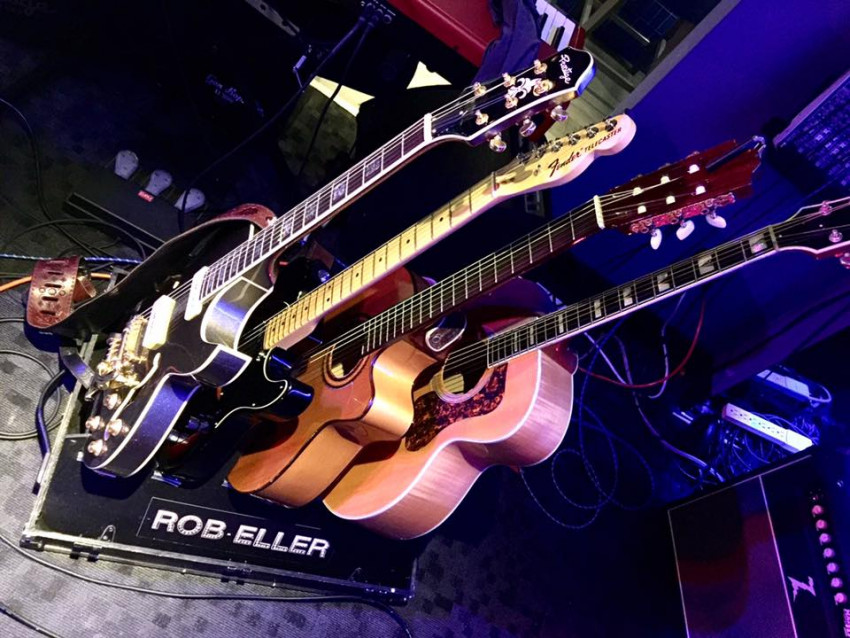 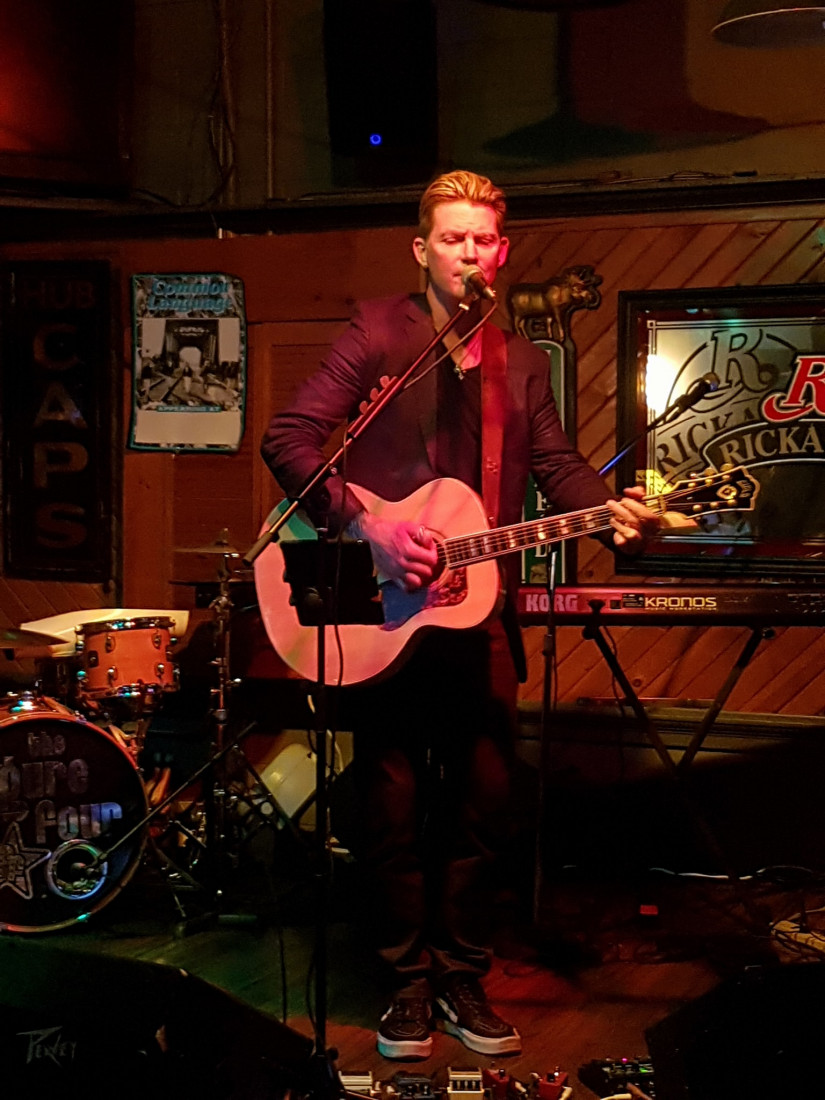 I am a professional singer/guitarist, performing acoustic covers, creating soundscapes with a looping station that will fill the room with Flamenco/Latin Jazz, 70's, 80's, 90's hits, current Pop, Alternative and even Dance. I can be booked as a solo as well as a duo/trio with drums and base. I am your perfect choice to provide you with the absolute best in live entertainment, to make your next event, large or small, private parties and weddings unforgettable!

A talented and intuitive musician

Rob is a wonderful musician and quickly became in tune with our private gathering, a singalong. We had several people in their 70s and Rob went with the flow and also offered a few songs we had not planned for but turned out to be the most enjoyed - Jolene by Dolly Parton and the Israel W. version of Over the rainbow/wonderful world. It was a very enjoyable afternoon!

Awe thank you Katie 😃
It was my pleasure for sure!

Rob Eller; 5 stars all the way!

Rob was an absolute standout and made the evening! He’s a terrific performer and we were really lucky he was able to play for us.

Thank you Kristin! It was certainly a pleasure meeting you and playing for such a great group!

My venue cancelled my event back in February. I forgot to cancel with you. I cancelled with Rob and he assumed I had also done so with you. As soon as he received payment he returned it to me. I apologized to him and I apologize to Gig Salad. He could not have been nicer about it and I definitely want him to play for me if my wedding can ever take place! He seems like a true professional and great guy.

very easy to work with.

Rob was very professional and was extremely easy to work with. Rob was prepared and delivered a great performance for my wifes birthday.

Thank you Donald! It was my pleasure for sure. It was a brilliant idea you had, and I was very happy to be part of it.
Take care,
Rob

Rob is a multitalented crowd entertainer

Rob played exceptionally well with multiple instruments and entertained the crowd for hours. It was a pleasure to have him out to our festival. Rob is easy going and an excellent musician. We would have him back anytime.

Thank you so much Lee!
It was certainly a pleasure meeting you and your family. An interesting afternoon at Honeybee Festival!

Smooth in every way

I hired Rob to play at my husband’s casual and 20 person birthday party at our home after reading his reviews and listening to his videos online. From our very first interaction, Rob was incredibly responsive, flexible and professional. Most importantly, he’s a talented passionate musician who cares deeply about his work. He plays all different genres and will work with you to customize his set. Myself, my husband and our guests were blown away by his talent and he made our night! Do not hesitate in booking him - I will definitely recommend him to friends and seek another opportunity to work with him!

Thank you, Cayley! Such kind words. It was a pleasure :) Wonderful to meet you two!

Rob is truly talented and professional, everyone loved his music, and we will definitely hire him again!

Thank you so much Stephanie! It was my pleasure and certainly great to play for such a wonderful group :)

Rob Eller was enjoyed by all.

I would recommend Rob Eller for any special event. We had him at our annual Christmas party and it was such a pleasure to hear him sing and play his guitar throughout the evening.

Thank you Babi, it was my pleasure!

Rob entertained at a local winery

Rob was classy and very pleasant and sang and played guitar effortlessly. We thoroughly his style and choice of music and would recommend and definitely invite Rob again for future special occasions

ROB PLAYED BEAUTIFULLY AND SET THE PERFECT AMBIENCE FOR OUR GUESTS!

Rob was the highlight of the Party

All our guests were raving about Rob. They loved the atmosphere that was created with his singing and guitar play. We had a pre-wedding function for my sister and her soon-to-be husband in the backyard and they absolutely loved having Rob there. They especially liked his rendition of Wagon Wheel at the end of the night. Will definitely use Rob for more events in the future. A+++++++++++++

An annual Open House hosted to thank our clients annually and Rob was an outstanding contribution. His talent, and music choice and friendliness were a perfect compliment to our event. I would highly recommend him to anyone and will most certainly be using him again.

We enjoyed the musical stylings of Rob Eller at our Hoilday Party Dec 10th. He conducted himself with the utmost professionalism, arriving at the time discussed, and delivered exactly what was requested of him in every way. He has amazing musicality, and performance skills. Many guests commented on how "perfect" he was for our party, and many made a point to get up and shake a few tail feathers while the rest of us found ourself singing along with him all night. I really appreciated that he not only designed a set list that perfectly met our needs and requests, but was also gracious enough to allow a guest to sing with him (twice infact). He really contributed to a fantastic party!! Thanks Rob, would absolutely hire you again!

Rob performed at our national accounts golf tournament. He was amazing! He came with all his own equipment. Set up was quick and easy. He was engaging with our guests and golfers. He is very talented and can do all sorts of different covers. The golf tournament staff said he was the best thing they have seen at Northview golf course. Will definitely hire Rob for future Molson and Coors events.

Kyle, thank you so much for having me! It was a great day, and I look forward to working with you again soon !

Rob came by to a private house for a small Anniversary Party. He was much more than I expected as he came with all his gear, was great with the small kids who were at the party and even offered to give some pointers on being a sound man to my eight year old. The music was fantastic, all covers with different arrangements. Very entertaining. I would hire Rob again; he was easy going and easily mixed with the crowd.

Thank you Robert! It was a pleasure to meet you and your family and friends. A fun group to entertain :)

Rob was more than we expected. Not only extremely talented but was great in adapting to the age of the crowd. I would highly recommend him for any events and would definitely use him again.

Thank you Roy for those very kind words! I means everything to me to have you and your guests completely satisfied. It was certainly my pleasure to provide the soundtrack to your party!
Thanks again!
Rob

Rob is a Singer/Guitarist/Entertainer recently moved from Laguna Beach, California to Vancouver, BC.

Rob Eller is a musician who chooses to express his music as a solo, and has had a guitar in his hands since his 9th birthday. Without back tracks or pre-recorded accompaniment , Rob uses a looping station to record live onstage all rhythm guitars, percussion and harmony vocals. Rob fills up the rooms he performs in with the sound of a full band , paying extra attention to musical dynamics , continually finding new ways to express a song.

“Eller adds his own unique timbre to every note and riff of his Guild Jumbo F50 Guitar, and it works magic on his listeners”…”his vocals float over the crowd in gruff impassioned tones — Eller even sings and plays unbelievable stretches of Spanish songs beautifully”
~ Anna Curtis , Orange County Register