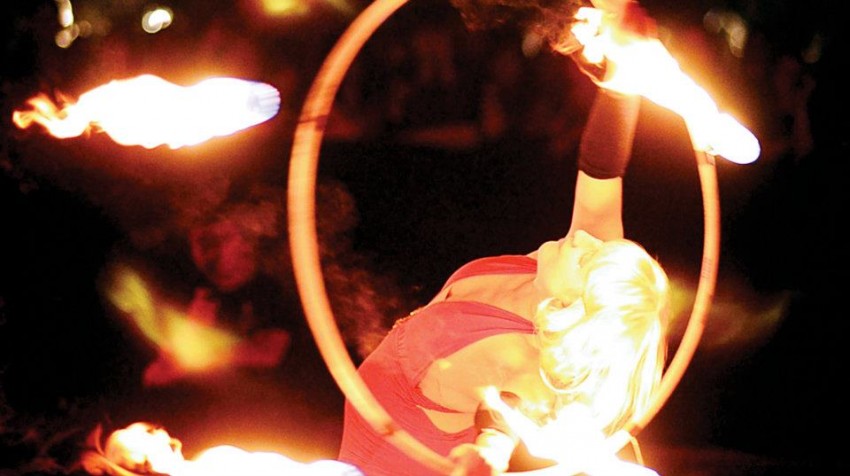 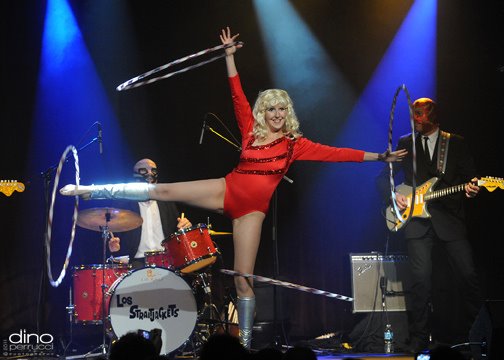 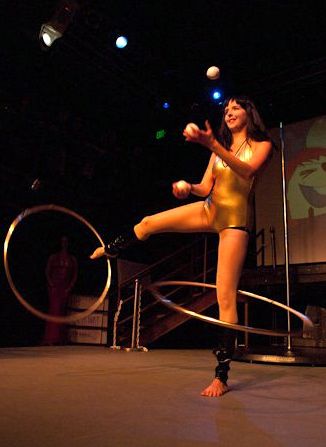 She can also juggle.

Be the first to review Revolva: Hula Hoop Sensation

Revolva offers a range of options, from mind-blowing, choreographed stage acts to freestyle roaming material and workshops, to fit any event's needs. Her choroegraphed acts can range from 5-15 minutes and vary in setup and breakdown time, depending on the chosen performance and any accompanying props. Roaming hula hoop entertainment can be done in a variety of spaces, and Revolva will simply modify her movements, with a concern for her own safety and the safety of guests.

Hula hoop workshops are also a big hit at events, and Revolva is available to bring a stack of hoops for adults (adult-sized fitness hoops are amazingly fun!), kids or both. She teaches tricks, guides play, performs mini shows and causes guests to walk away giddy and raving about having a good time.

International hoop star Revolva's multi-hoop, fire & LED hoop and comedy emcee skills have caused jaws to drop, from Europe to Silicon Valley, since 2002. She has rocked stages with troupes such as Circus Artemis: Portland Women's Circus, Circus Momentus and Wanderlust Circus—served as opening/support entertainment for bands such as Weird Al Yankovic and Los Straitjackets—and been nabbed as a hot act by big-name clients from Google to Virgin Atlantic. She has also won the 2010 “Fire Idol” competition at Burning Man, served as the 2011 face of Synergy Fire Hoops, won a 2012 international Hoopie Award, and earned The Busking Project’s top pick award in the 2011 “How do you contribute to public space?” contest.

Based in the San Francisco Bay Area, she travels nationally and internationally to teach and perform. In a sea of circus entertainment, she is a sought after act, due to her theatrical chops, mega stage presence and the option of booking her unique character routines that incorporate comedy, story lines, eye-popping costumes AND technically mind-blowing hoop skills. She is also an experienced emcee, for events which would like to book a woman to wrangle the mic.

From roaming ambient entertainment to the star standing in the center of the spotlight—and from variety shows to corporate parties—Revolva is sure to knock any crowd's socks off. Just give her an audience. And tell them to bring extra socks.

Revolva's choreographed multiple hoop acts require a minimum 10 x 10 performance space with at least 10' of overhead clearance (for fire, she requires 15' x 15'). For roaming or freestyle, Revolva is available to discuss space with clients and modify her movements according to what space will allow. LED (glow) hoops are best in low light (but not complete blackout).