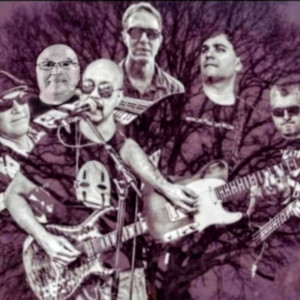 They showed up early and were ready to play, great music selection and took some requests as well. Professional crowd favorite, book this band! Will book again.

They were amazing and friendly! :)

Thanks, Val! Pleasure meeting you and we had a blast!

We were so happy that we hired Retroblast to play at our daughters rehearsal dinner! We saw them perform prior and really liked them. They showed up early to set up-sounded great and a fun night was had by all!! I would hire them again and would recommend them!!

I hired this band only two weeks before my husband's 50th birthday party. They were prompt and responsive and easy to work with from the very start. Their sound was amazing and the guests loved them! I would definitely hire them again...they totally ROCKED IT!

Thanks, Jennifer! We had a great time.

They were great everyone at the party enjoyed them. Very happy

Thanks! Had a blast!

Hired these 4 talented musicians for my parents 60th anniversary party and these guys rocked the night away. Very deep song list to please every age group. Great crowd interaction and the business side was easy and they handled every aspect professionally. Retroblast is a good, solid band, we would hire them again in a heartbeat and highly recommend them. 5 out of 5 stars!﻿

Thanks Marc! We had a blast.

Retroblast played for my Dad's suprise party and put on an amazing show! All of my guests kept asking were I found them and how can they book them, we were even bringing other people into our room from the venue because these guys are so good! They play the classics and do it right- can't wait to book them again!! Thanks guys!!

Thanks so much, Lauren! We had a (Retro) BLAST!!

Awesome in Every Way!

The whole process of getting them was really easy. Had a couple of hiccups, they were all on our end, and they all worked out in the end. They sounded amazing, they arrived on time, and we're ready to play at the requested time. They probably would have played longer if didn't have to close up. Communication was reliable, I don't think I waited more than a hour for a response back. A+ group!

Absolutely AMAZING!! Song choices, performance, vocals, presentation, audience participation...the whole package!! And great group of guys!! I HIGHLY recommend this band! You will have a BLAST with Retroblast!

We provide a high energy show, jam packed with your favorite tunes, many of which are done in the style of the original studio recording, with many others done with our own unique interpretation!

We are seasoned professionals who LOVE Classic Rock, Blues, R&B, Funk and many other genres! However, we specialize in the greatest rock tunes of the 60's, 70's and early 80's! We are a four to six-man group (depending on show type, size) consisting of guitar, keyboards, bass and drums and feature three excellent vocalists. You will have a BLAST with Retroblast!

We provide all our own equipment unless otherwise specified.

The Beatles, Led Zeppelin, The Who, The Rolling Stones, The Doors, The Allman Brothers, Pink Floyd and MANY more.