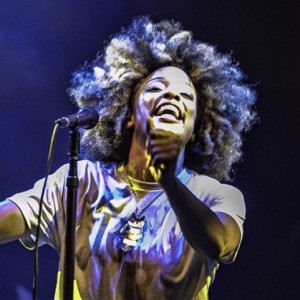 Be the first to review Reesa Renee

Reesa Renee is a singer/lyricist & vibe curator based out of the DC Metropolitan Area. Her style is best described as a mesh of Neo-soul & Funk with the classic undertones of the heavy percussive feels of the DC GoGo scene.

After launching her solo career in 2011 and winning the prestigious “Amateur Night at The Apollo” with her song, "Got Me Loose," Reesa went on to release her debut LP, Reelease, a year later, which charted in the Top 20 for R&B/ Soul on iTunes and landed her first roadshow, "The Wonderland Cool Tour.”

Her seven-track sophomore project, Lovers Rock, then took the summer of 2015 to sunny, sultry heights, nabbing head nods aplenty while whetting appetites hungry for more of Reesa's undeniably fresh song stylings. Her one-of-a-kind performances – including an attendance record-setting set at SXSW with Erykah Badu and D.C.’s iconic Rare Essence, among other innovators --have led to headlining gigs at the Fillmore, The House of Blues, Howard Theater, The Gladstone in Toronto, to name but a few venues where she’s left an indelible impression. And Reesa’s music, as infectious as it is, conveys only a sliver of her talent and magic. Hers is the beautiful face of black music’s limitless future.