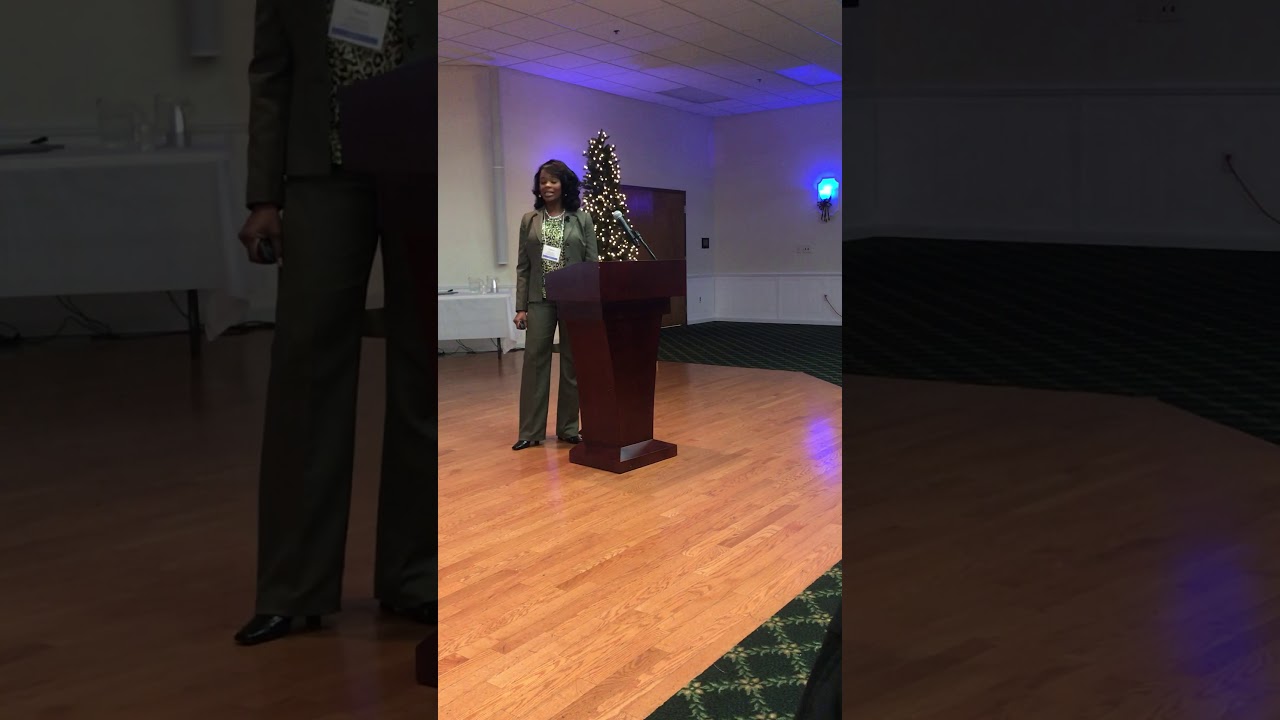 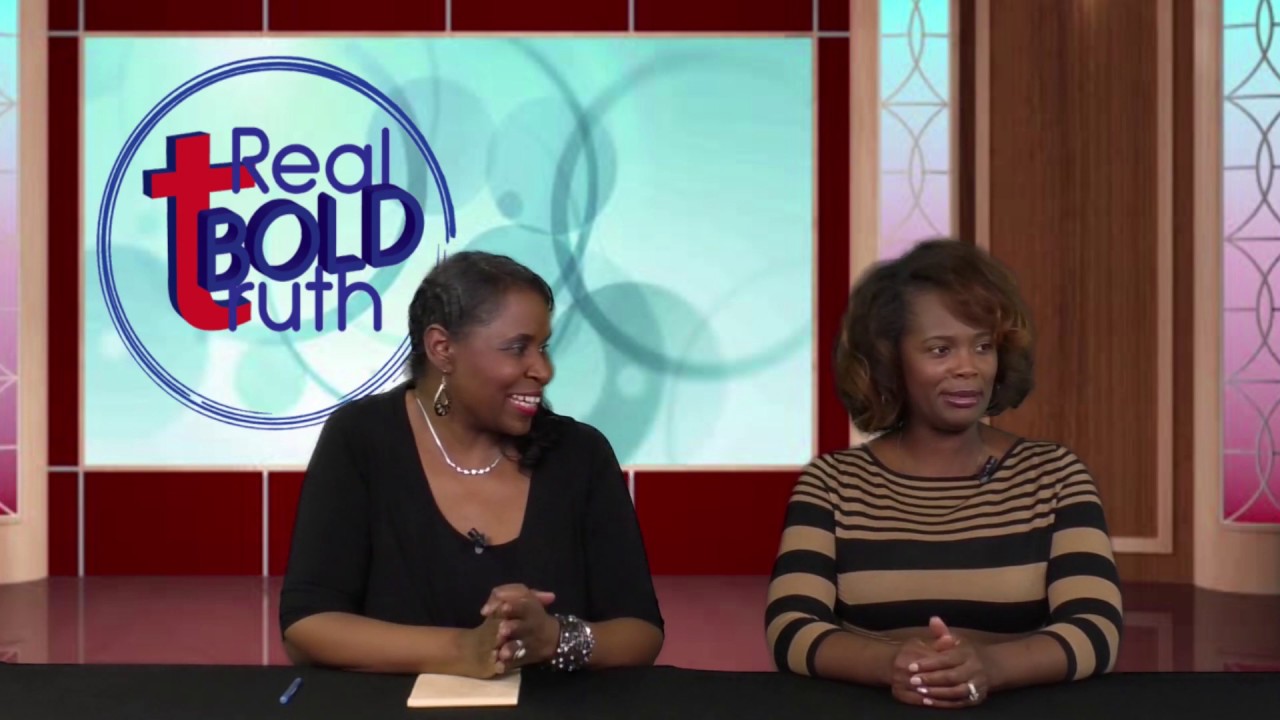 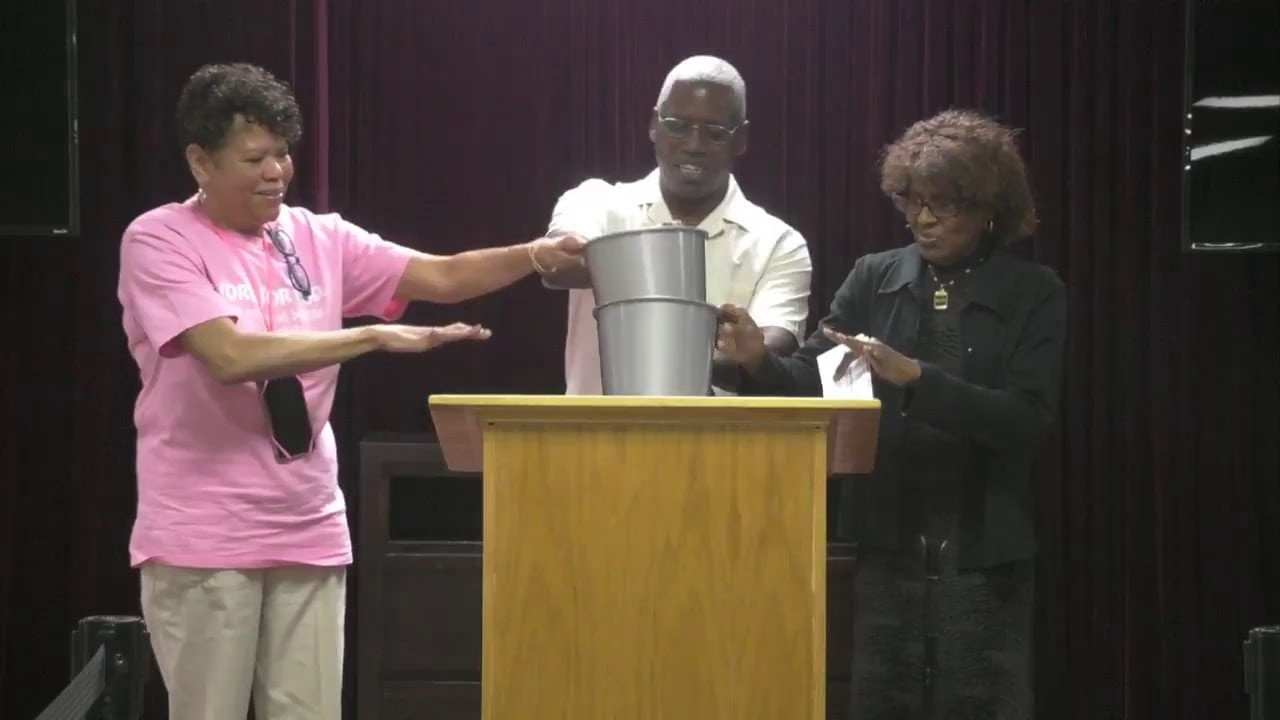 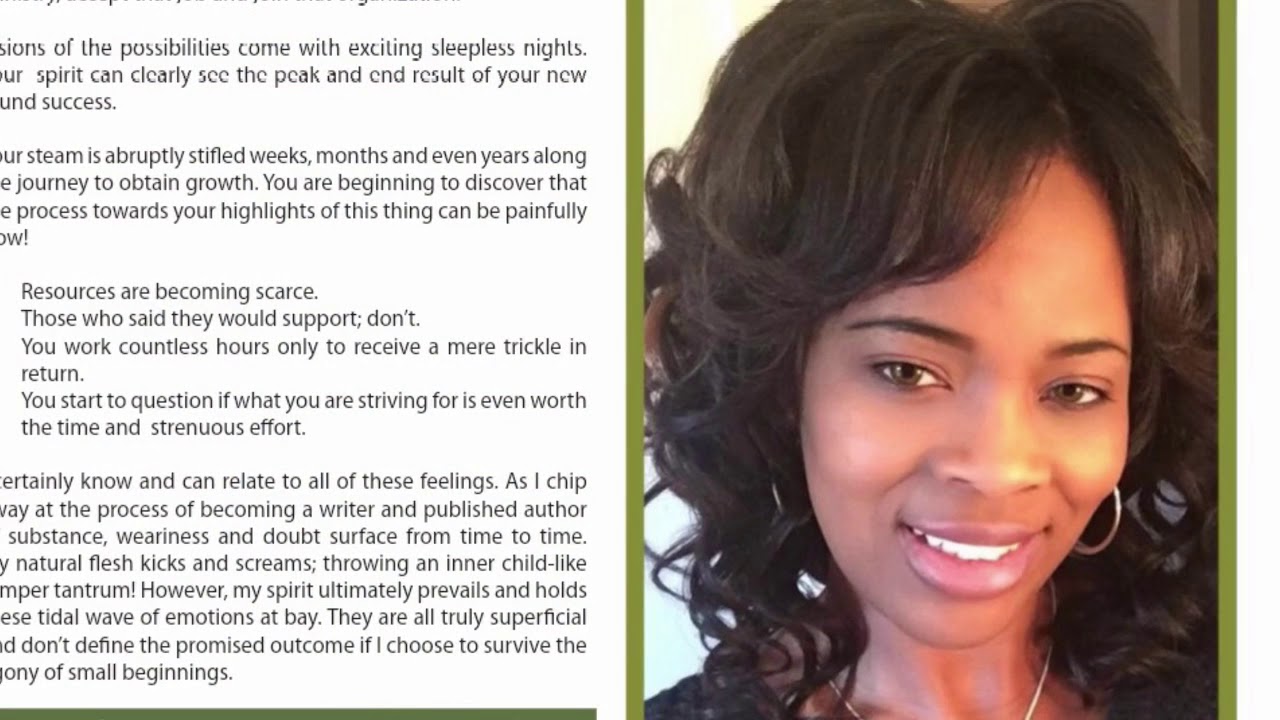 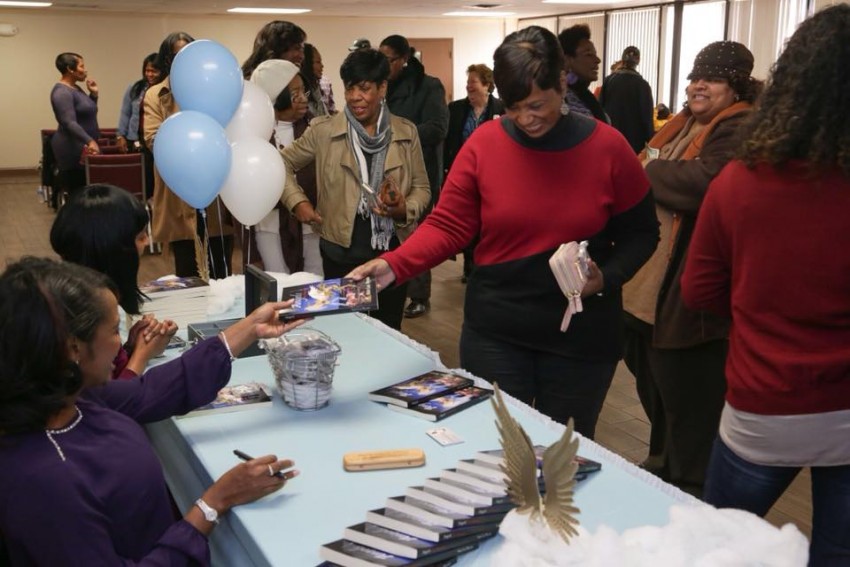 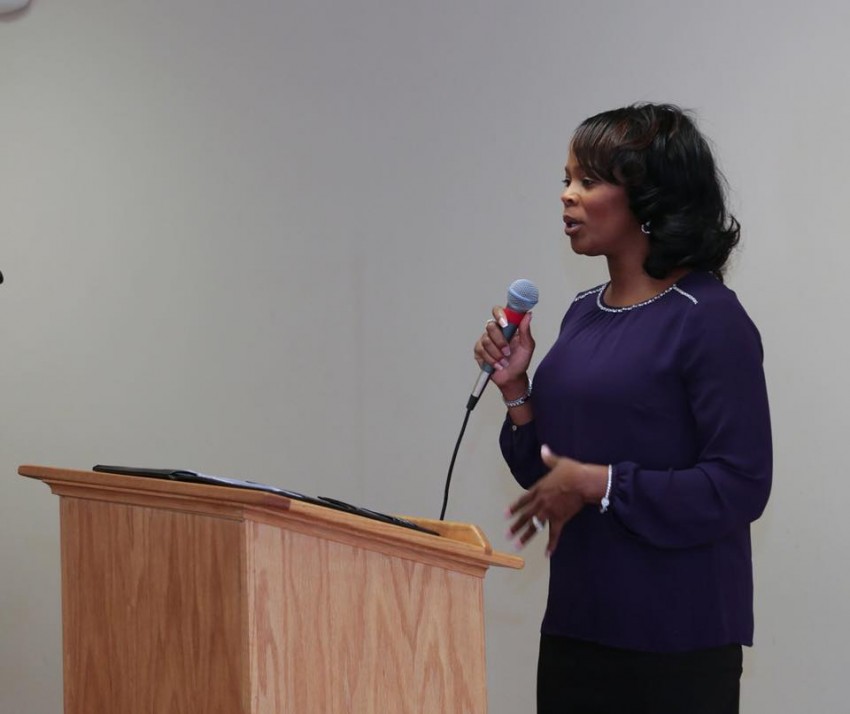 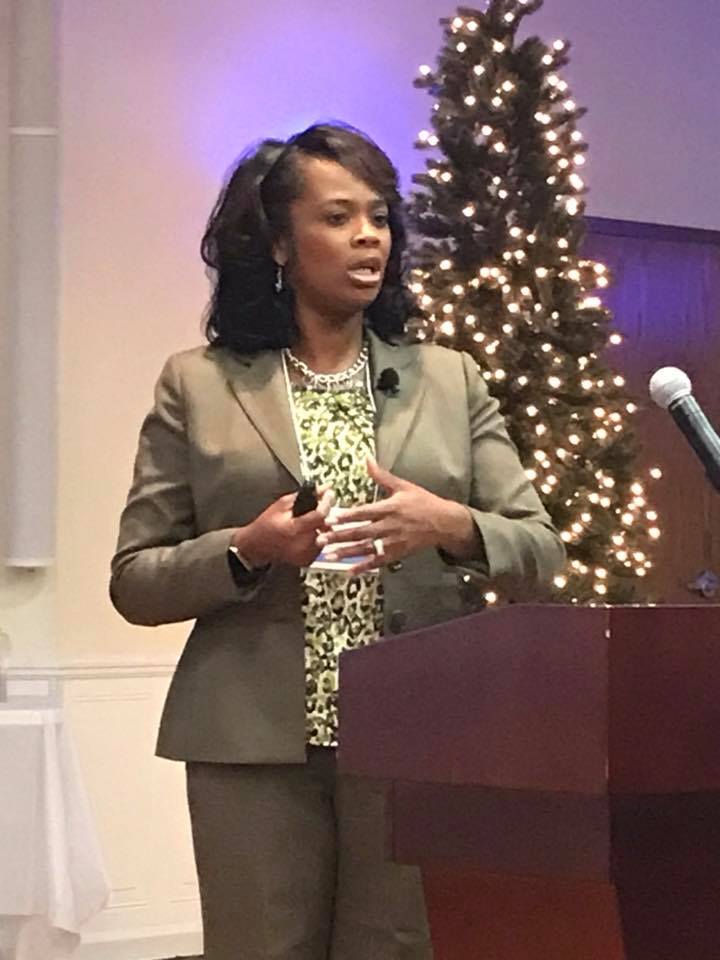 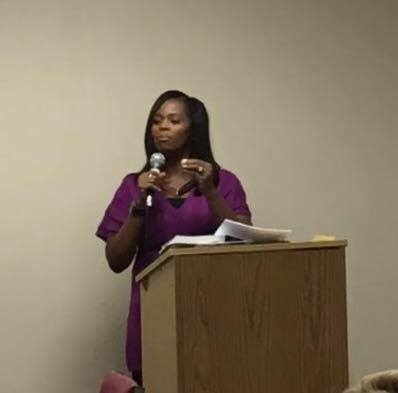 Chanel is the founder of RealBoldTruth Ministries L.L.C . She is a certified Life Coach with a passion for teaching others physical and mental wellness strategies. Chanel's passion is personal as she engages with her clients individually and collectively by virtual appointments. She understands how threatening our current environment can be for those with compromised immune systems especially in the midst of COVID-19. Chanel shares her formula of success over the past decade in order to help others to do the same. Chanel is engaging, optimistic, and inspiring while challenging those she works with to see their circumstances differently.

Mrs. Chanel Walker-Bailey recently spoke at a Virtual Black History Month Event at one of our Amazon Locations in NJ. She was well organized and very personable. Even with very little notice to speak, Mrs. Chanel Walker-Bailey was able to draft a presentation that captivated and motivated the audience. Her material was very relevant to the topic and theme of our Black History Month Celebrations. It was a pleasure working with her and I look forward to connecting with her again in the future.

Tiara thank you so much for your kind words! It was absolutely my pleasure servicing Amazon as your Key Note Virtual Speaker last month. For years I have been a loyal "Prime" customer and now I have a heightened level of respect as I learned how important promoting diversity is to the organization not only in words but in deed! I do hope that this will be the beginning of an ongoing relationship and I would be beyond ecstatic to connect again:-)

Ms. Chanel Walker-Bailey was an absolute pleasure to work with. Super responsive, great at communicating, and very capable of adapting and understanding our event expectations and requirements. My council and I organized a virtual event for the students of our university to put their minds at ease about transitioning back into college during our current global health crisis situation. She delivered an excellent talk revolving around this topic and gave students along with a few faculty members a great, realistic, but a positive way to look at our situation and how we can continue to move forward with our lives balancing fear and fortitude (that was the title of her talk! "Between Fear & Fortitude: A COVID-19 Comeback"). We received outstanding feedback from the student participants of our event and were very pleased with Chanel's services. To anyone considering booking her services, you won't regret it! She will put the utmost effort to listen to you and fulfill the needs and requests of your event.

I so greatly appreciate these words and the opportunity to present to the Students at St. Mary's University. Can't thank you all enough! I had a wonderful time and felt during the presentation that all were thoroughly engaged! You are all in my thoughts consistently and I wish you health, safety and success now and into the future. We WILL get through this TOGETHER!

I recently had Mrs. Chanel Walker-Bailey, a powerful Motivational Speaker, speak at my 60th Birthday Celebration. Not only was she well received by the audience she was easy to work with, personable and spent extra time interacting with guest and relatives; actually she stayed for a great deal of the event.

Also, her energy, knowledge and enthusiasm was nothing short of amazing. You won’t be disappointed when hiring Chanel for your next event.

Thank you Stephanie for the opportunity and these kind words! I thoroughly enjoyed myself and feel honored that you chose me for such an important event in your life. All the best to you now and forevermore:-)

In Light of the pandemic, RealBoldTruth has pivoted most of its services into virtual/online sessions in compliance with state and federal guidelines. We are currently offering a speciality topic webinar entitled:

A 45 Minute Empowerment Presentation that will motivate listeners to embrace a mental functional balance as they enter into a “New Normal”.

 At School
 At Work
 In the Community
 In Ministry

This message is both informative, engaging and filled with fun moments around the seriousness of the world's current health crisis. The message will help those considering how to navigate through these times of peril and coming out unscathed both physically and mentally while considering the welfare of others simultaneously.

Please do reach out to me directly for more information on how this webinar could support your staff, students, ministers, healthcare workers and more.

Fees for this webinar specifically are more than negotiable and can also be offered complimentary depending on date, time and size of audience.

Chanel Walker-Bailey is indeed a survivor and overcomer!
After suffering in silence for over 20 years with bouts of chronic depression which oftentimes included suicidal thoughts, she made a final decision to take her life back! Through her committed faith, consistent application and refusing to believe that life had nothing more to offer, Chanel is now a force to be reckoned with in her own right! Today, what has been unearthed beneath the hopelessness of mental illness, is the debut of:

Chanel - The Writer
She is the founder of RealBoldTruth Ministries L.L.C. which started as a personal blog. A place and space where she began to publicly give away her pain in an effort to heal. Today, the blog has nearly 200 articles penned from her heart, perseverance and Christian perspective. Over 15,000 views, comments and hits are recorded to date!

Chanel - The Talk Show Personality
A spin off from the RealBoldTruth blog birthed a weekly visual talk show that airs on social media. Most show topics are directly related to an article written on the blog. Chanel is also one of three Co-hosts on an Internet talk show entitled “Straight Talk For Women Only” hosted by Victory Christian Fellowship in New Castle DE.

Chanel - The Motivational Speaker
Opportunities to speak publicly began to bombard Chanel after word quickly spread about the blog and talk shows. She has spoken at several Faith Based events. Most recently, she was featured as the key note motivational speaker at The - South Eastern Pennsylvania Health Information Management Association’s (SEPHIMA) winter conference in December 2107. Her 20 years of experience in Health Care Administration coupled with her inspirational speaking style, more than qualified her for this event.

Chanel - The Published Author
In November of 2107, Chanel fulfilled her desire to become a published author. Angels-The Discovery was released and is currently getting rave reviews! She wrote the tale under her pen name, Starr Lee Bryant as an obedient act of love paying tribute to her parents. Starr’s initial radio interview about the book with “The Mission” KKMS 980 AM out of Minnesota was a complete success!

Chanel is determined to support others in getting free by disclosing her journey in complete transparency. She is undaunted about sharing her story and road to recovery whenever the opportunity presents itself. Totally free from the grips of shame and blame, Chanel’s quest is to fulfill her life’s purpose by getting her testimony, messages, and inspiration to the world in Real Bold Truth!

If considering me for a speaking opportunity, I am far from hard to work with! Providing a microphone and podium is the bare minimum I need for most events. Anything else would be a bonus! You will not be disappointed in my delivery and overall work ethic!