Back to Balloon Twisters 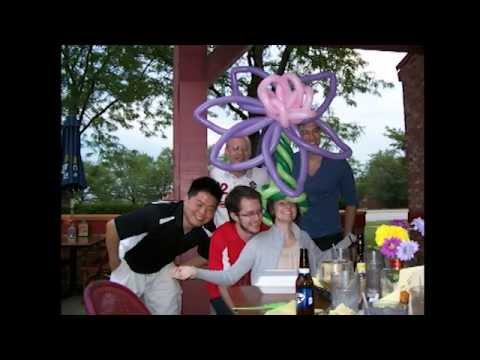 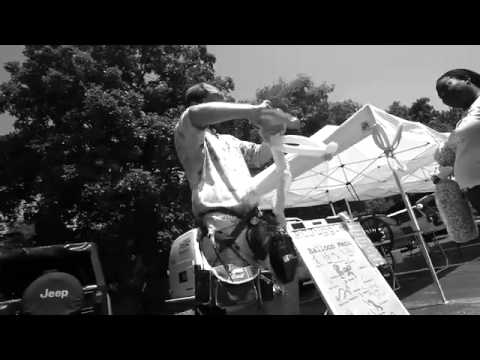 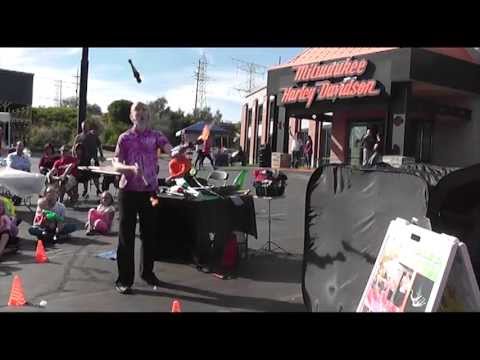 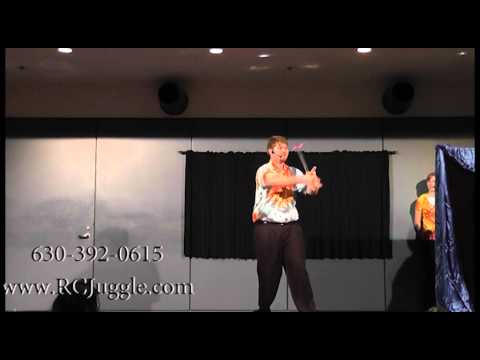 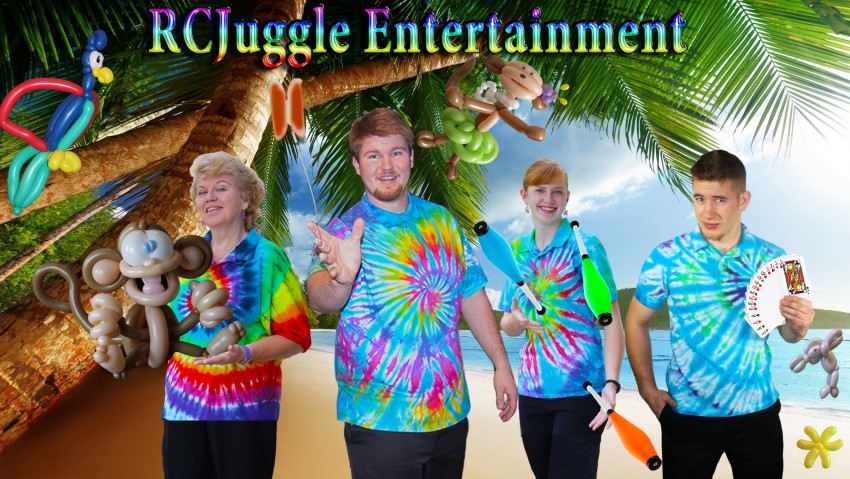 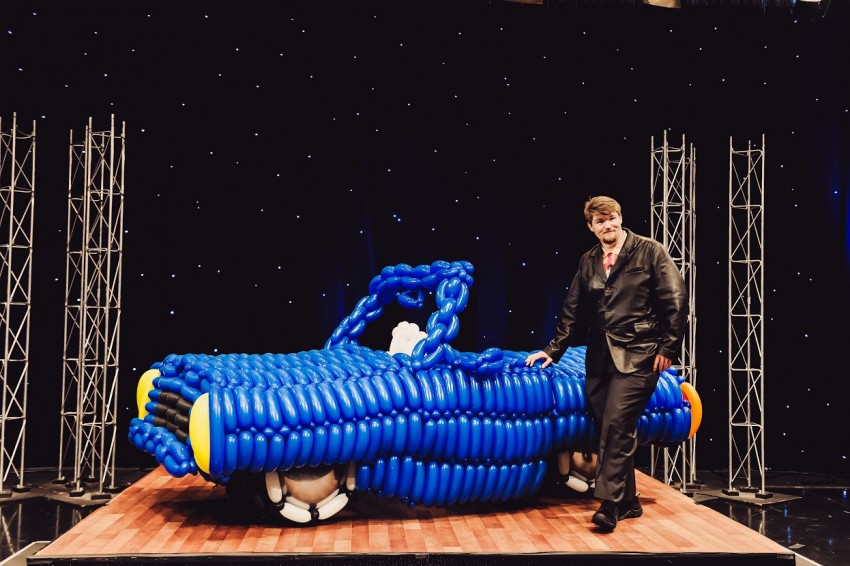 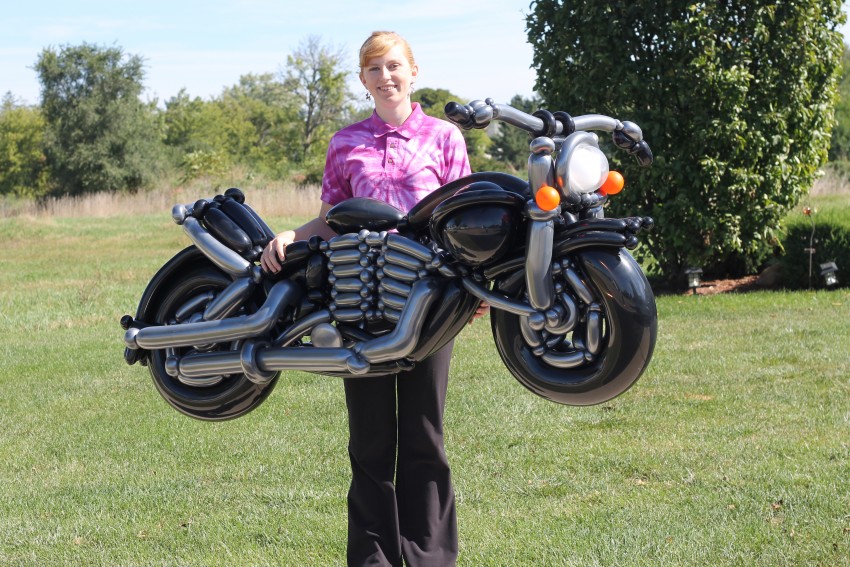 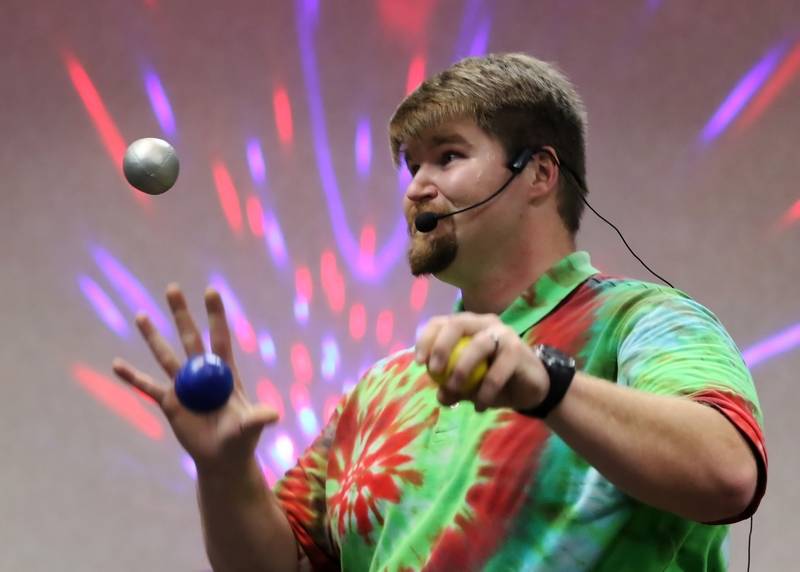 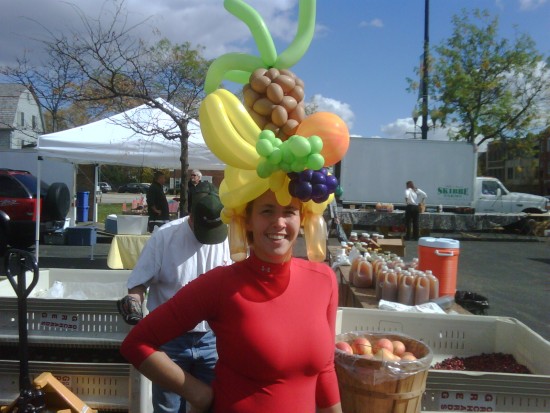 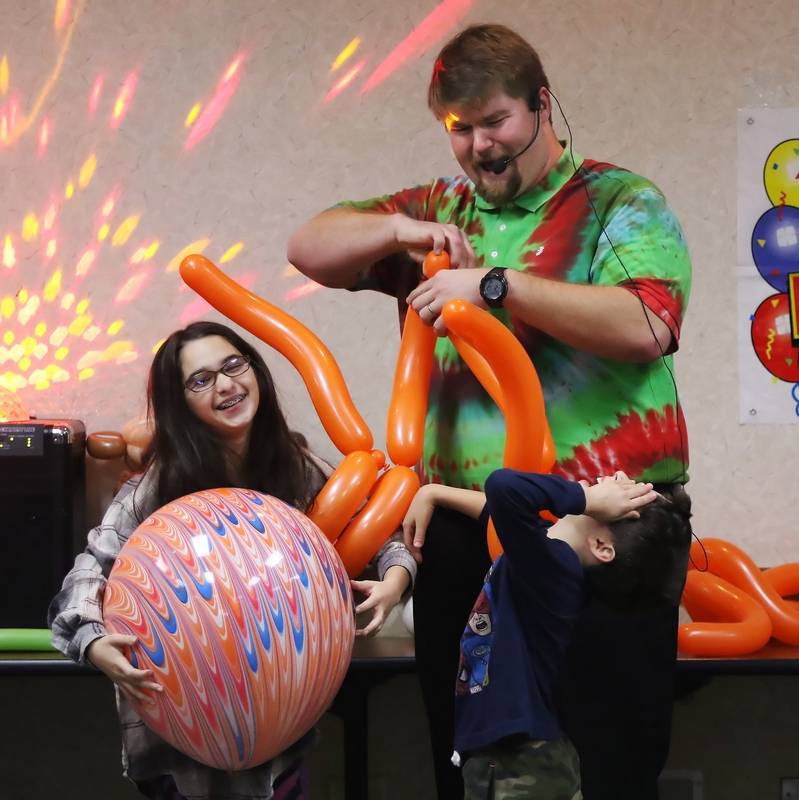 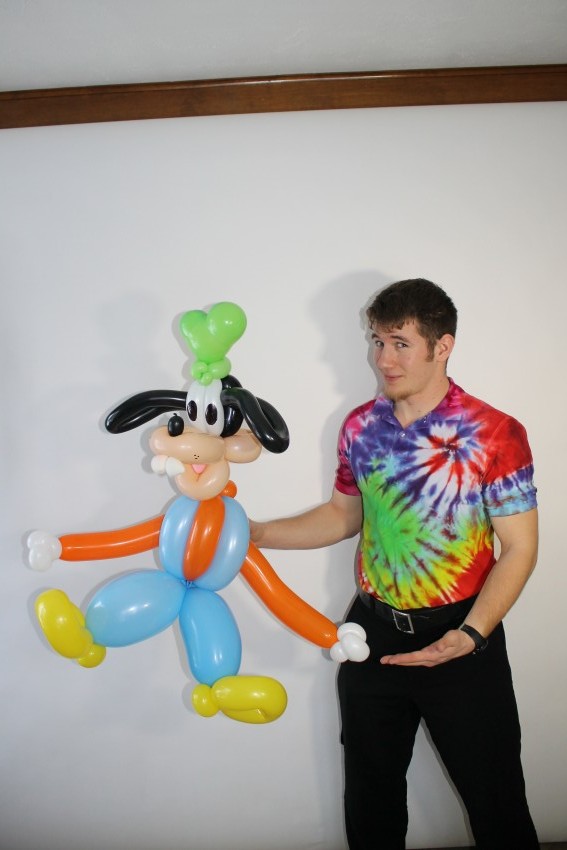 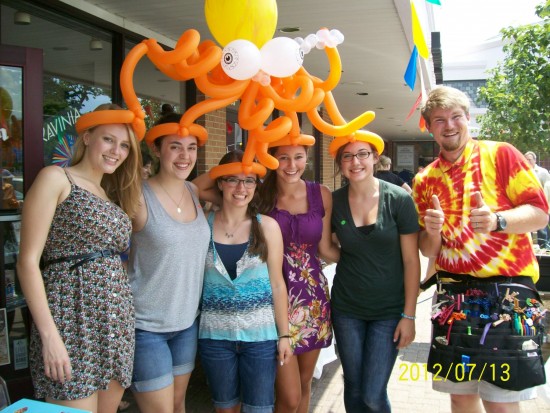 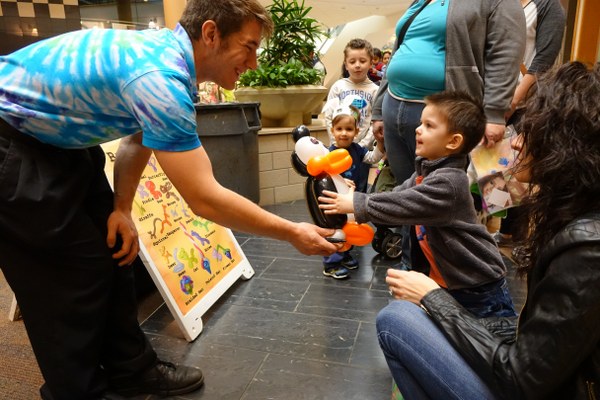 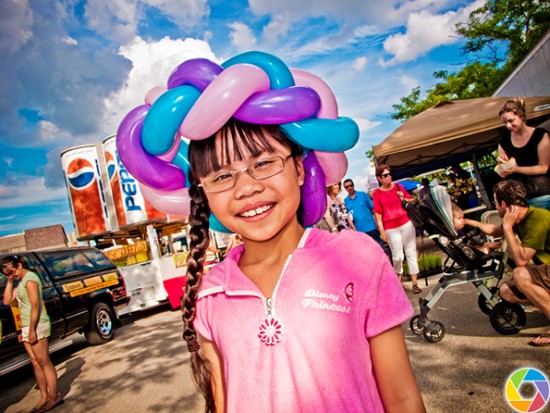 "Incredible, spectacular, jaw-dropping, amazing... there are not words big enough to describe Ryan Freeman and RCJuggle..." ~ Real quote from a performance review of 2017.

RCJuggle Entertainment is a professional family company with a combined experience of over 39 years of entertainment skills, and performances for OVER 1,200 events per year. We are a "One Stop Shop" for any event, and offer almost every service imaginable!

You will be amazed by the types of balloons and the quality of entertainment from RCJuggle!

We had an amazing Balloon Artist last Sunday at our Foundations 5k. He was a huge hit and he was great with the kids. Very funny! I highly recommend him for any event.

RCJuggle was Spiderman for us at a Kids Expo. There were over 8000 attendees and he definitely drew a crowd. Kids wanted to give him high fives and have their pictures taken with him which allowed us, as a business, to share our information with parents. He was on time, professional, and easy to work with. Would defintely hire again for future events!

Thank you Krystle! We enjoyed your event, and we look forward to helping provide entertainment for you in the future.

Ryan was Totally as good as it gets. Was expecting some simple creations, however, he came with impressive balloon creations. This was a corporate event, but I expect Ryan has several fans for personal use. RC Juggle was a recommendation and he did not disappoint. Thank you so much for your creativity and attention to detail with the balloons and the kids. You are a gem!

Thanks so much for your kind words! We had a wonderful time at your event. We'll hope to work with you again in the future.

We used Anna for my sons 1 st birthday party with 30 kids and within minutes of her starting every mom there wanted her card. Her balloons are the best I've ever seen, they even lit up, and she did a show for the kids with lights & music that was so much fun!!

He is a true balloon Artist! His creations Wow'ed our guests, and everyone young and old joined in the fun! I received so many compliments, and a lot of people asked his info for their future parties! He is so very talented, professional, and amazing with kids...I very highly recommend him, and am so glad I had the pleasure of working with him! Thank you Johnathan for making our son's birthday party a total hit!!

I had about 20 kids at my boys party and Ryandid awesome! He handled the craziness of all the kids so well and his balloon tying was great! Everyone at my party wants him at their next parties!

We loved the balloons, they were the best we have ever seen. Face Painting also incredible. Would HIGHLY RECOMMEND! Very Professional, used them for our 4th of July Party.

Most awesome!!! Fun! Talented! More then we expected

He was amazing! Hired for my daughters 4 year old birthday party and the adults were equally amazed. Gave each kid a near sculpture from balloons to take home with him. He is exceptional!

Our entertainers provide all of their own equipment. Unlike other performers, where the face painter requires a table and chairs, the balloon artist needs stanchions or a table, etc. RCJuggle brings all of our own gear to every performance! For each event we will give you clear, and concise details on how each package is run, what space will work best for event service, and how you can make your party even better!

Featured in newspapers throughout the state, including a video portfolio by the Northwest Herald, Ryan has entertained at over 3 thousand events including: corporate picnics, political fund raisers, libraries, birthday parties, block parties, school events and much more! He has graced the streets of Six Flags Great America, and Disneyworld, and comes to your event with the experience of 10 years of entertaining.

Ryan is an accomplished balloon sculptor and decorator and has no end of new ideas for his balloon creations. His wit and humor add comedy to every performance. He is a master juggler and often includes fire juggling and fire breathing in his performances. He is also champion yo-yo artist, magician and D.J. for parties, weddings and special events.

From the very beginning Ryan has always been an entertainer! He was homeschooled growing up and by age eleven took 1st place in the Wisconsin state Yo-Yo contest. In his college years he took courses in computer animation which lead to balloon sculpting and modeling. In 2010 he married Christine Freeman who not only joined him in continuing to build his company but is now his office manager and booking agent. His mother and sister are also a part of his team and the trio is the main performing face of RCJuggle Entertainment.

Anna has also been featured in newspapers throughout the state, including the Northwest, and Daily Herald. She has entertained at corporate events, political fund raisers, festivals, libraries, schools, restaurants, birthday parties and more! Together Anna has entertained at hundreds of affairs, and comes to your event with six years of entertaining experience and many different personas including balloon sculptress, juggler, magician, face painter, unicyclist, stilt walker, and princess character. Anna is the second entertainer in the RCJuggle team.

Anna was always competitive, so when her brother started his own company, learned to Yoyo, Juggle, and sculpt balloons, she could do no less! Swapping yoyos for piano, and joining the RCJuggle team, Anna then made her own name in the company by adding face painting, and magic to their talents. Then just to raise the ante, she also learned to ride the unicycle. Anna has been entertaining with RCJuggles since she was ten years old, and started out the journey by riding her unicycle with the Carson and Barnes Circus.

Debbie has also been featured in newspapers throughout the state, including the Northwest, and Daily Herald. Debbie is a part-owner, manager, and performer in the RCJuggle Team. She has been performing for over 10 years, and is a talented balloon sculptor and balloon decorator. She has sculpted balloons at many events such as corporate parties, birthday’s, restaurants, and festivals, and has balloon decorated just as many. She also does face painting, photography, glitter tattoos, and juggling and is the third entertainer in the RCJuggle team.

Debbie actually started with balloons as a volunteer clown for children’s hospital. She has always enjoyed entertaining children and has volunteered as a church leader for Pioneer clubs, Awanas, Sunday school and Vacation Bible School programs. She is a gifted decorator and often was recruited to handle the decor for these programs as well. When her children were younger, she ran a daycare and in later years homeschooled her own children. She is married to a wonderful and supportive husband who also doubles as a D.J. in the family business (can’t get away from it if you’re part of the family).

Jonathan has been a natural entertainer his whole life. He been featured in several newspapers including the Northwest and Daily Heralds, and the Kane County Chronicle for his performance at Donley’s Wild West Town. Where he entertained for 6 years. While at Donley’s he performed as a train conductor, and most remember him for his spectacular performance as the town sheriff. He has now taken those skills and many others and joined the RCJuggle team. Jonathan still performs as Sassafras the Cowboy, and many other characters (including Batman, Spiderman and Superman). He is also a talented balloon sculptor, juggler, magician, and he adds unique talents like gun spinning, lasso, and whip cracking. Jonathan is the fourth performer in the RCJuggle Team.

Jonathan has a performance personality that cannot be taught! His quick wit and natural charm is undoubtedly part of the reason people are so easily drawn to him. Throughout his school years he worked as a volunteer for VBS, and day cares, before he worked at Donleys.