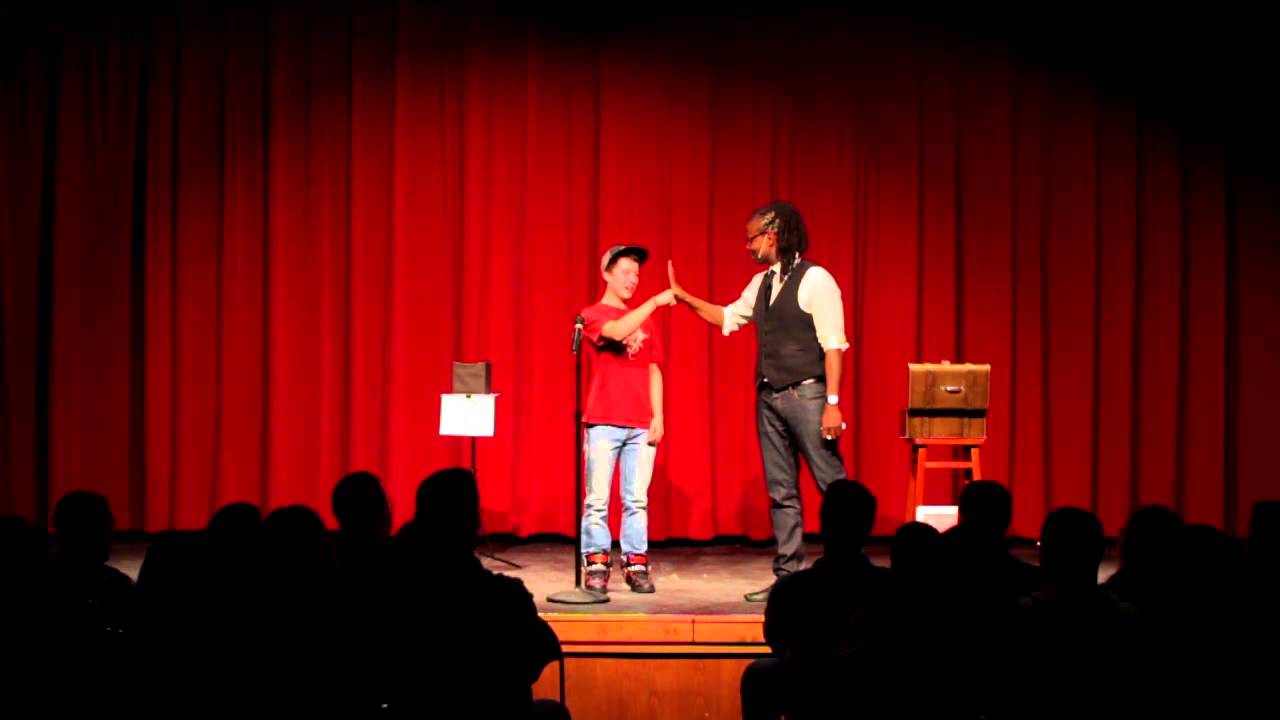 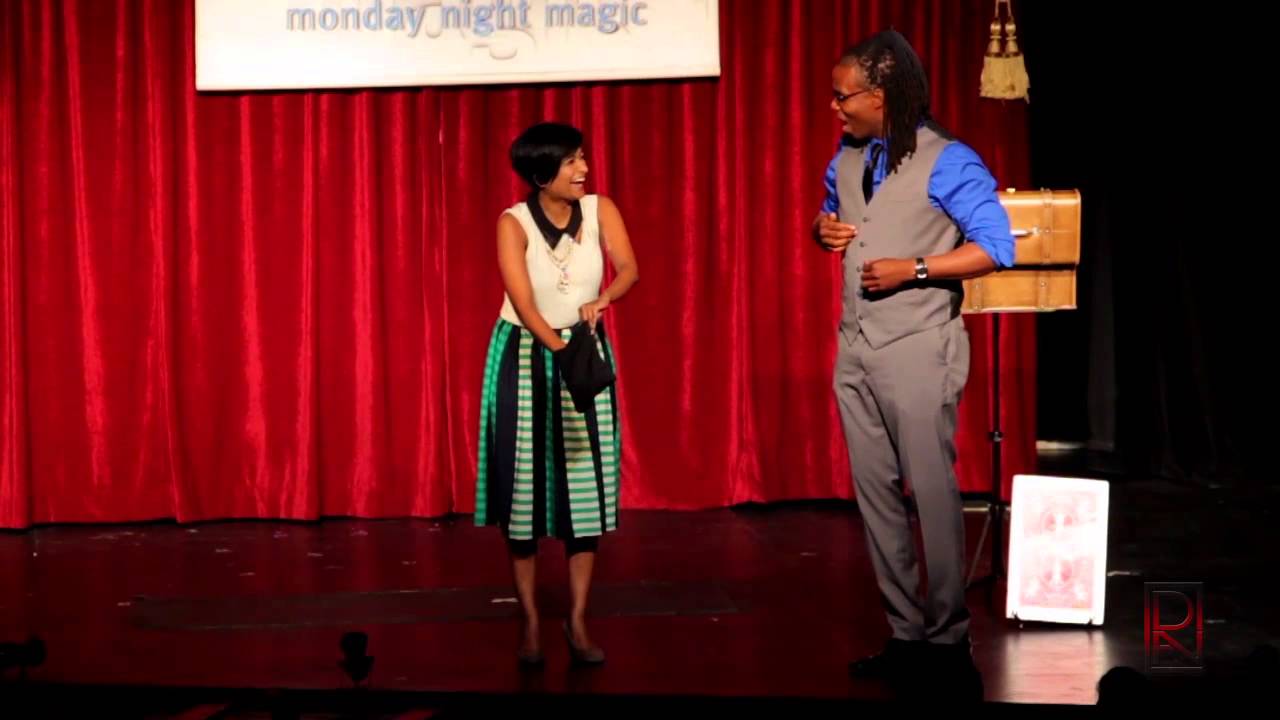 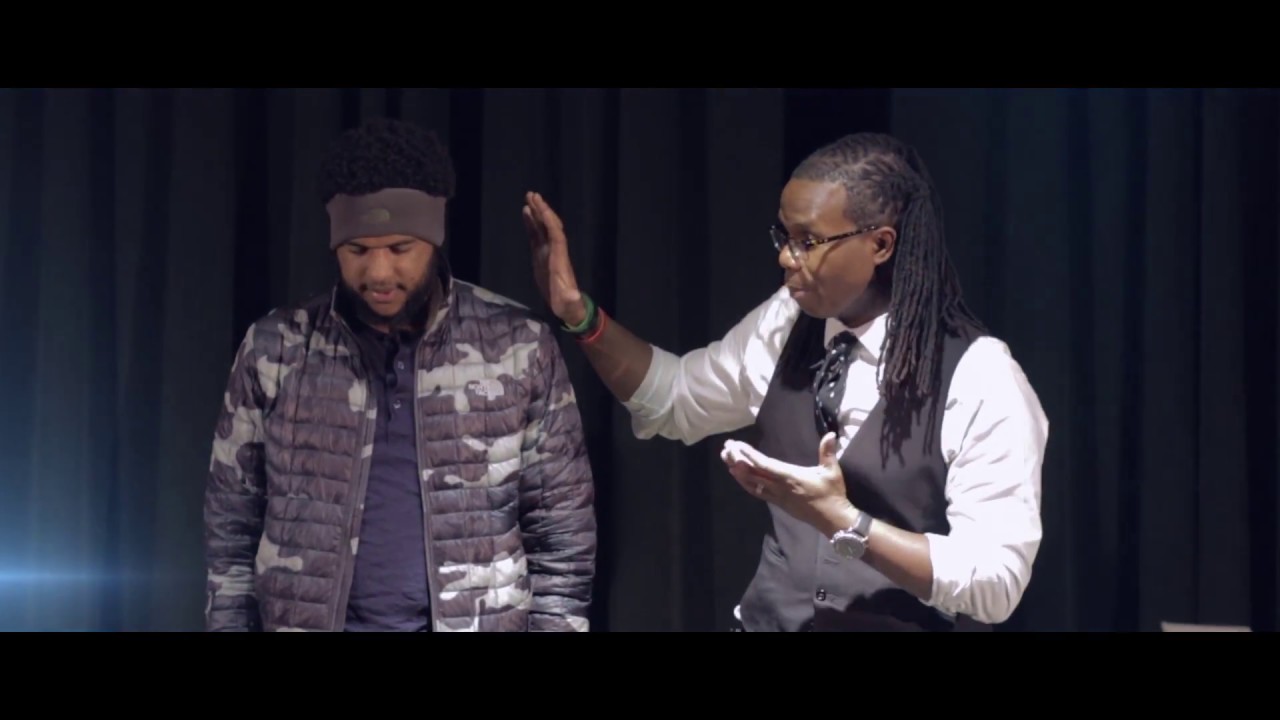 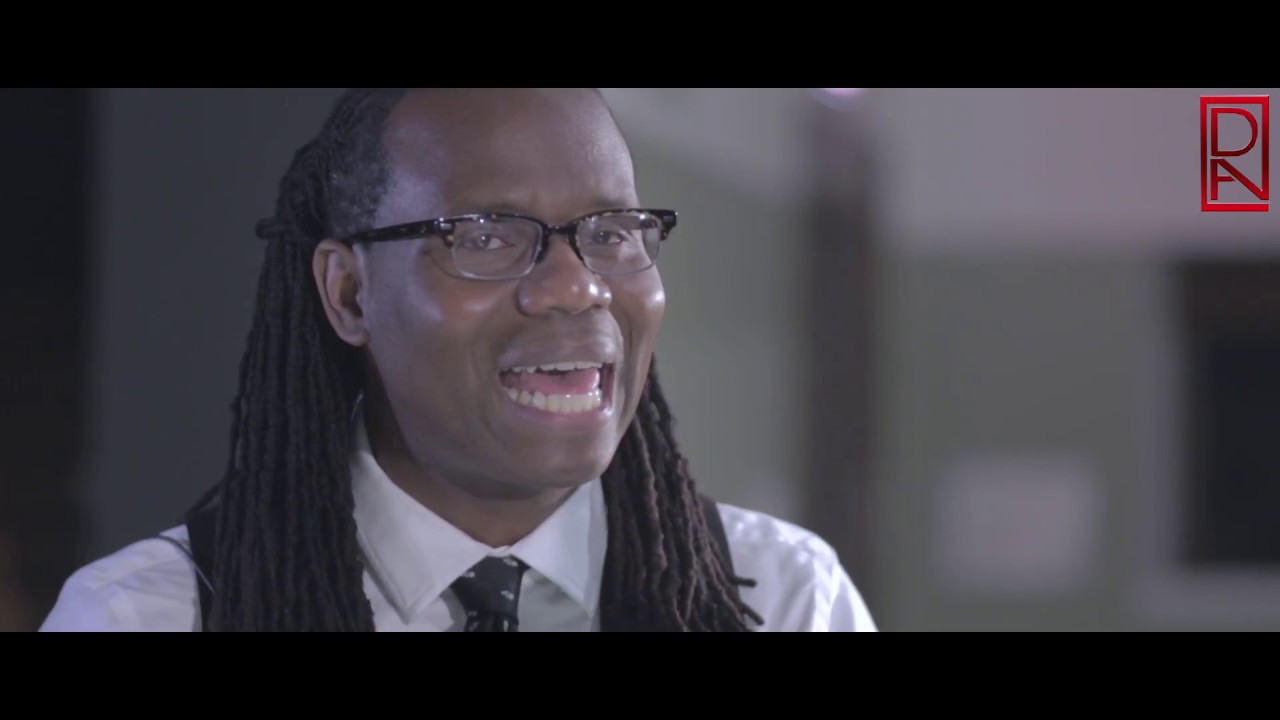 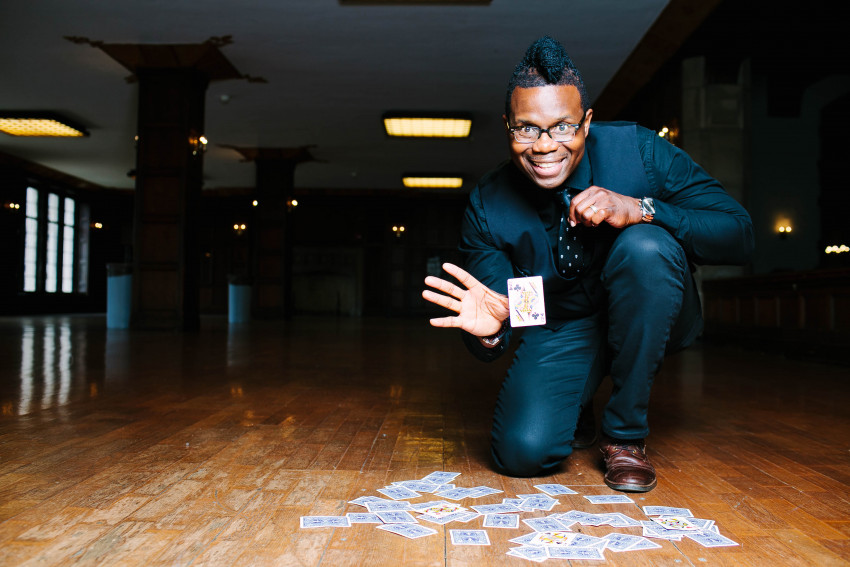 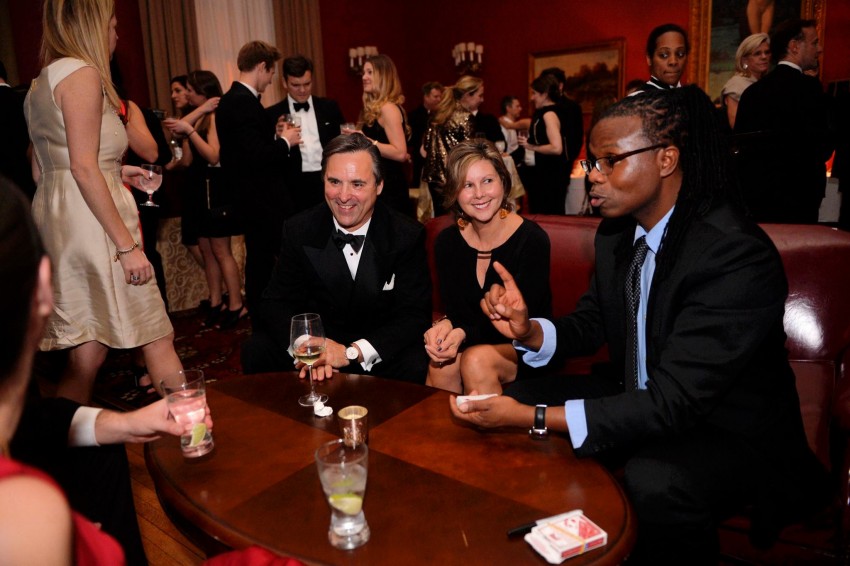 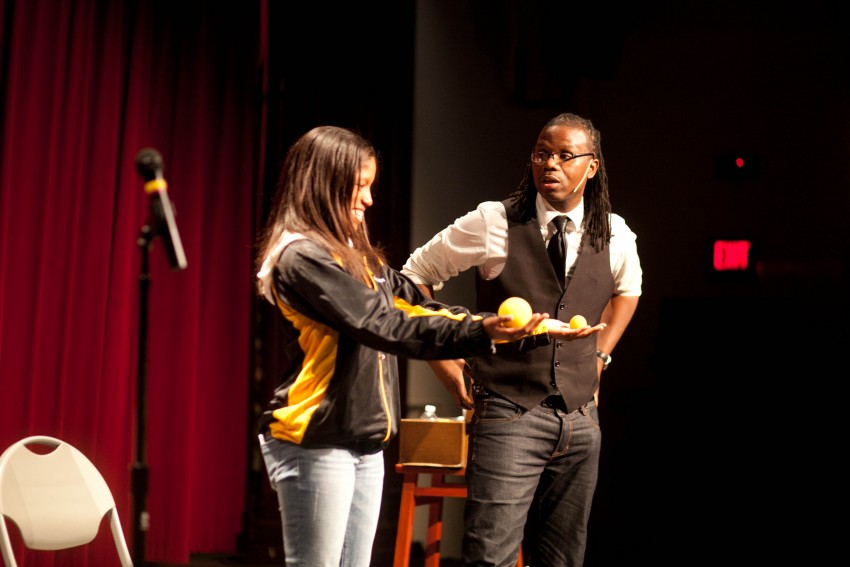 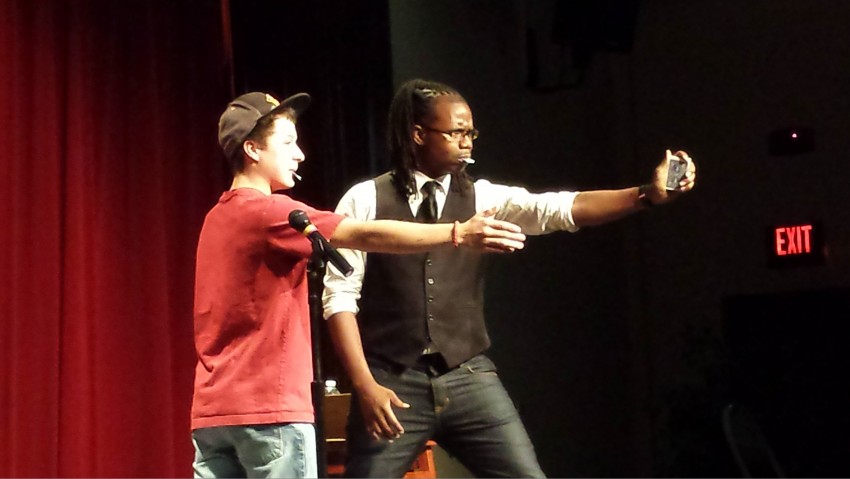 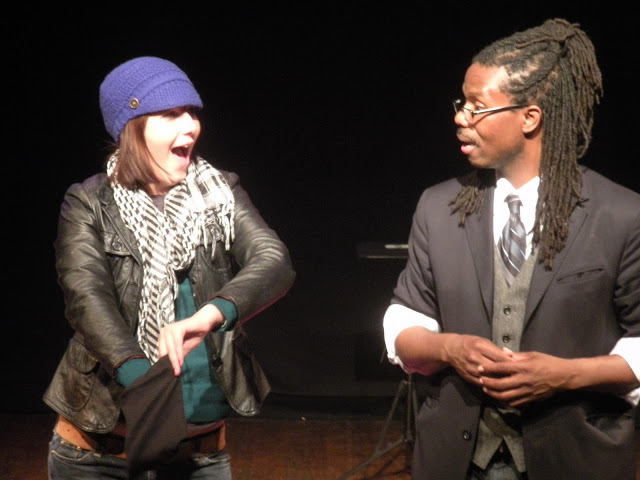 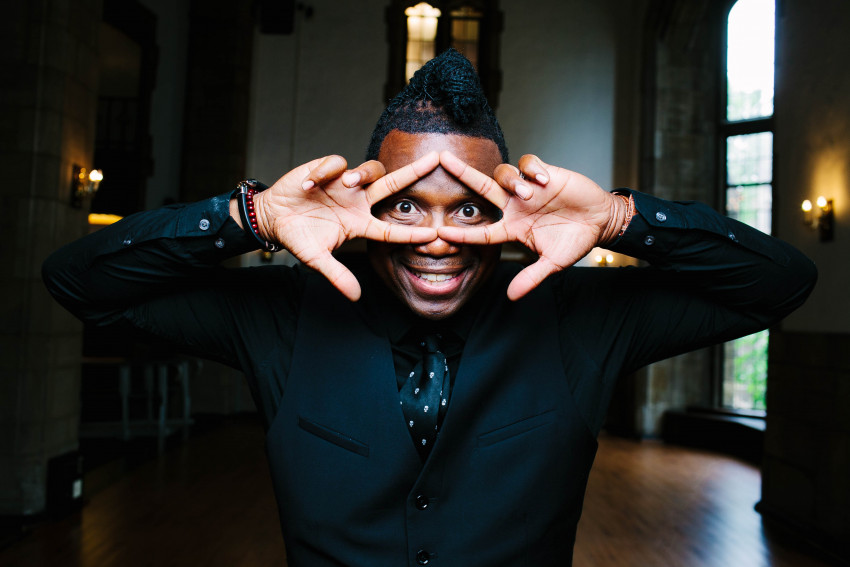 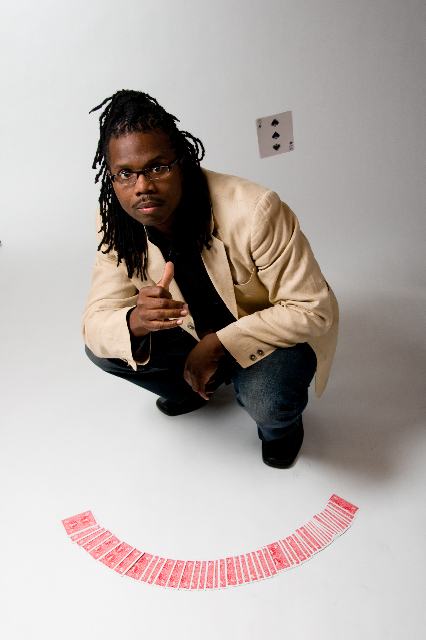 Expect the unexpected, Witness the Impossible. That is what you will experience when you encounter the magic and mind reading of Randy Shine. Astonishment, awe, and excitement are just a few words to describe the emotions you will have when you see Randy perform. His charisma, charm and ability to connect with the audience makes him one of the most entertaining magicians you will ever see! Whether magic being performed for children or adults, close up or on stage, the audience will be thrilled and amazed.

Wow! He came to my work for a team lunch. His tricks were mind boggling and he had a laughing. I highly recommend.

Randy was our opening entertainment for our employees' holiday party. He performed strolling, closeup magic which I HIGHLY recommend requesting. Our staff was fascinated, amazed, huge smiles and laughing in disbelief. He really warmed the crowd and got the night rolling. He was definitely a memorable part of our event, for us all. He mixed in like he works with us everyday with card tricks, slight of hand, mind reading, number guessing, joking humor etc. I am so glad I found Randy for our event. If we ever want a magician again I WILL be requesting him. Thank you Randy. Excellent job.

Booked Ran'D for a virtual holiday work event. Charming, funny and highly skilled, it was a show to remember! Thank you!

I hired Randy for our salons holiday Christmas party. It was a surprise to the girls but when he arrived promptly when he said he would, he was ready to go and from the start he amazed us. For a solid hour he continued to do magic/illusion tricks that seriously left us astounded. I would recommend him to anyone looking for a fantastic magic/ mentalist show!! So professions yet mind blowing!

From the moment he started his performance he had everyone engaged. The audience ranged from 4-54 years old and he was still able to keep all of us entertained. I definitely recommend booking with him and I know I will be booking him again in the future!

Amazing performance! Kids at the summer camp had a fantastic time! Will definitely book again!

Great way to deal with COVID-`9

We had a very good experience with Randy and his show. He was very engaging and involved the audience. The people in the virtual meeting were highly complimentary and we expect to use Randy for future events.

Book Randy. You will not regret it!

Everything went smoothly and he was the talk of the night. Randy was punctual, personable, friendly, humorous and he wowed our staff! His up close talents are amazing. Our guests were trying to figure out his sleight of hand and mentalist skills lol good luck! If you are looking for entertainment that's memorable, book him. You will very pleased. Thanks again Randy! We are keeping you in mind for future events. Happy holidays!

Mr. Ran D Shine was very professional and did a great job at my little sister's Sweet 16. Not only were the teenagers amazed, the adults were too. I love how he interacted with the audience and how he was able to impress everyone regardless of their age. He is awesome and I would recommend him for all events!!

Amazed us and made us laugh.

Best decision I ever made

I retained Randy Shine to do my 50th birthday party . Randy was great !!! I was concerned that guest of this age would not be interested but I was wrong, my guest was thrilled!!! They really enjoyed the show. Randy was funny and thrilling. I got two in one, a comedian and a magician . I was happy wit h with my choice.

Randy is a fantastic entertaining performer. He is fun and funny and a crowd favorite.

Named the 2016 and 2019 APCA Magician of the Year, Ran’D Shine is known for a “Different Kind of Deception.” His psychological engaging illusions and sleight of hand has amazed audiences in over 20 countries and hundreds of American cities. He was even invited to perform at the 44th Presidential Inauguration in Washington, DC. He was also featured on the CW network’s Penn & Teller: Fool Us, was seen on The BET Network., and he’s one of few Magicians to perform on Guantanamo Bay Military Base in Cuba. Over the past few years Ran’D has become one of the MOST sought after magicians in the industry, because his show is Highly entertaining and can be performed in small, large, indoor or outdoor venues. As one audience member put it ”He is so much more than a magician he’s CHARISMATIC, FUNNY; he is an ENTERTAINER! and he will blow your mind”.