When Randle Chowning (founding member of iconic 70’s band Ozark Mountain Daredevils) assumes the fictional persona of Ozark Joe, listeners are treated to a thoughtful and intimate look at the musical makeup of regional Americana music from the country’s heartland. The narrative character Ozark Joe offers an artistic vision of mountain music that is enriched by a sometimes wistful, but always authentic, historical and cultural perspective.

In the persona of Ozark Joe, Randle Chowning has come full circle, both as an artist and as a native of that enchanted region to share with us a cache of songs more valuable and refreshing than moonshine in the cellar.

Chowning can Rock n Roll with the best of them!

“I’m Ozark Joe and I’m a stone’s throw from where angels took me up….” are the half sung/half spoken words that introduce Ozark Joe’s “Bottle Tree”, a gem of an album from Missouri singer/songwriter and founder member of The Ozark Mountain Daredevils, Randle Chowning. It’s no secret that Chowning shaped his Ozark Joe character as a platform to revisit the acoustic mountain music he first heard as a child in Mountain View.- “Bottle Tree” is the end product and it stands as a batch of very good songs from an awfully good musician. Chowning can Rock n Roll with the best of them, but under the guise of Ozark Joe he strips everything down to a back porch string-centric core. All of the arrangements are built around Chowning’s acoustic guitar with the added down-home strains of a clawhammer banjo, mandolin, sawing fiddle and bluesy harmonica- but the instrumentation leaves ample room for Chowning’s wonderfully warm wood-smoked vocals. “Bottle Tree” is grounded in nearly every variant of acoustic roots music- it’s free range
Americana that draws from Folk, Blues, Gospel, Bluegrass and old-timey Country. Chowning’s free-wheeling sensibilities can shift from the hillbilly Jazz of “Just The Lucky Ones” to raw Country Blues (“Devil Dogs”) then across to wistful lullaby (“Mountain Time”) and some Bobbie Gentry-like storytelling (“Ozark Joe”, “The Hound Dog Died”) with the flair of a real eclectic. Much of Chowning’s songwriting is narrative driven- he can be an atmospherically funny, mystical or tender communicator. “Angelina Christina Santiago”, which leans more toward border music than mountain music, is a stark tale of a child isolated from her mother through political and drug warfare as well as functioning as a perfect vehicle for Willie Nelson. The sombre Folk-Blues of “Some Train Someday” evokes dark clouds on the horizon while the call and response Gospel of “I Believe” has the mood of a backwoods revival meeting. The lo-fi production of “Bottle Tree” keeps Chowning’s vocals front and centre while favoring a soundscape that’s sparse but never bland- Chowning takes two oft-covered traditional tunes (“I Know You Rider” and “Liza Jane”) and makes them sound fresh- a hoarse vocal and strident harmonica pushes the former while a dusting of Cajun spice is added to the latter. The album’s closer “Wanderer By Trade”, a Woody Guthrie- slanted road song, wouldn’t have sounded out of place on any of the early Ozark Mountain Daredevils albums. Chowning can be gently affecting on the Folk-tinged “When I’ll Miss You” and “Wavin’ Me Goodbye” while the graceful “Over There” is driven by his gorgeously aching vocal and a wispy cello break. The songs together with Chowning’s passionate delivery on “Bottle Tree” reveal the Missourian as a true craftsman who can effortlessly tap in to the many emotions that
inform his work. “Bottle Tree” is not intended to be a grandiose project but something more intimate, personal but universal, a body of work that travels the same back roads as Mississippi John Hurt, Malcolm Holcombe, Hank Williams, Roscoe Holcomb or Guy Clark- and that’s a good place to be. “I’ve always been around and I’m here right now,”- Ozark Joe.

He hit the mark!

Randle has hit the mark with this cd, a perfect blend of originals and familiar favorites. His voice is always comforting, assuring us that all is well in the world (even though we know otherwise!) This cd has rapidly become a favorite here. The strains of "When I'll Miss You" were in my head in the blackberry patch early this morning. Thank you Randle!

Looking forward to the time when I might sit on your porch. I love you both. Randle

You won't be disappointed!

The Bottle Tree album by Uncle Joe AKA Randle Chowning of Ozark Mountain Daredevils fame harkens back to the best parts of that great band which gave us such songs as “If You Want To Get To Heaven” and “Jackie Blue”. While those two hit singles are vastly different in direction from what you hear on this new album, those who have listened to the classic albums from the 70’s when Randle was part of the group will immediately recognize the down home folk and bluegrass sounds that inspired some of the best works of the band. Every song on the album is well written lyrically and musically. What may be the thing that sets this album apart is the maturity of Chowning’s vocals and the open spaces he leaves in his notes. No overindulgences here, just a strong sense of going back to the woodshed and coming back with some of the finest acoustic music you will find anywhere. The album is strong start to finish. Each song is well crafted and it is hard to pick a particular favorite. However my own personal favorites if I were forced to pick would be “I Know You Rider, “Mountain Time” and “Over There”. While the album has several guests artists including former bandmate Larry Lee and Michael Brewer who was one half of the folk rock duo Brewer and Shipley, the album strengths are in the cohesiveness in Randle’s choices and direction he took to present this his greatest work to date. Ozark Joe is a man of the earth and brings you back home to the hills and meadows of Missouri or for that matter any backyard or front porch in rural America. I would give this album 5 stars out of 5. Buy it. You won’t be disappointed!

Thank you so much for taking the time to write something so positive about Ozark Joe. You articulated what I hoped would be the result. I'm thinking about doing another one, hopefully this winter. Also Larry Lee and I are going to do another recording together which we will be addressing before long. Randle

Performing as Ozark Joe, Chowning’s new 15-song collection, Bottle Tree, traverses a valuable bit of musical terrain. A dozen of the songs are Chowning originals or collaborations. The remainders are folk-mountain chestnuts and carefully considered complements to Ozark Joe’s personal panorama. Together, they create a rich tapestry reflecting the fabric of life in rural, mountainous Southern Missouri. The songs comprising Bottle Tree blend nearly seamlessly, inviting listeners to appreciate the past even as they savor the present through the looking glass of respite and retreat.

From the bluegrass gospel paean “I Believe” to the hillbilly fiddle staple “Liza Jane,” Chowning as Ozark Joe deftly interweaves tradition with innovation, interlacing standard bearers (“I Know You Rider”) with an impressive offering of new compositions. Anticipatory heartbreak is rendered with a poignant dignity in the stand-out “When I’ll Miss You.” The inevitable transition awaiting all earthly sojourners drives bittersweet undertones in “Some Train Someday”---Some train is gonna carry me home someday/Someday it ain’t gonna hurt no more. Until then, though, listeners are advised to savor the beauty and restorative power of life on “Mountain Time.”

A highlight of this intentional and inspiring project is “Angelina Christina Santiago.” In a compelling calling-out of social injustice, Chowning captures the devastating plight of unaccompanied children whose lives are at risk in formidable pilgrimages across the U.S.-Mexico border.

Recorded in Springfield, Missouri and featuring venerable guests like Michael Brewer (Brewer & Shipley) and longtime cohort Larry Lee (Ozark Mountain Daredevils and Beyond Reach), Bottle Tree represents an important juncture for Chowning as Ozark Joe. The songs in this collection are sung with passion, integrity and inherent honesty. They invite us to appreciate the legacy and lure of mountain culture, interpreted by a mature, confident and creative singer/songwriter and artisan who is clearly qualified to serve as our guide. It is no accident that Randle Chowning and Larry Lee were inducted into the Missouri Writers Hall of Fame in 2015 and honored with the prestigious Quill Award.

Bottle Tree is a significant milestone for Randle Chowning, born on April 4, 1950 in the Ozark hamlet of Mountain View, Missouri. Surrounded by guitars and amplifiers in his father’s radio and television shop as a child during the 1950’s, Chowning was quickly exposed to the tools of his trade.

“My dad made five landings as a radio guy with (General George) Patton in North Africa, Sicily and Italy,” recalls Randle. “After World War II, he had steel guitars and Hawaiian guitars mixed in around the shop with radios and televisions. He would clean the volume pots and do the soldering work. Technical stuff came into play early on for me.”

In 1960, the Chownings moved to Springfield, Missouri where Randle became serious about learning to play guitar and continued to absorb the influence of his mother, who sang frequently around the house with near perfect pitch. At a high school pep rally in 1964, Randle (a freshman) was impressed with the drumming of upperclassman Larry Lee. “I remember seeing him out in the hallway every day. He wore Beatle boots,” Chowning relates.

In 1971, Chowning was a student at Southwest Missouri State University and playing local clubs in a variety of bands when he again crossed paths with Lee. Randle was immediately drawn to the prospect of working together. A few months later, Randle heard that Lee was between gigs and approached him with the idea of starting a band with another local singer/songwriter, John Dillon. From these conversations The Ozark Mountain Daredevils were formed. The group’s eponymous debut album (on Herb Alpert’s A&M Records) went gold and spawned an international following.

Chowning departed in 1976. He released a critically acclaimed solo record on A&M in 1978 and eventually relocated to Nashville, where his songwriting skills led to success with artists like multi-platinum country star Billy Gilman. In 2006, Randle returned to the Ozarks where he lives, writes and performs. In December of 2014, he launched a successful Kickstarter Campaign, the response to which led to the making of Bottle Tree.

Ozark Joe may be a fictional character, but there is much to be learned from spending time in his presence. In the persona of Ozark Joe, Randle Chowning has come full circle, both as an artist and as a native of that enchanted region. The skillful and heartfelt aural craftsmanship of Bottle Tree reminds us just how much the Ozark Mountain culture has contributed to the canon of Americana-folk music. Through Ozark Joe, Randle Chowning shares with us a cache of songs more valuable and refreshing than moonshine in the cellar. 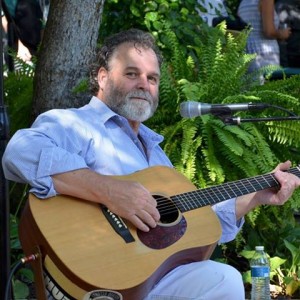 Jenny H. said “What a great addition to our Employee Appreciation Day! Joe offered a variety of music, a little something for everyone, was easy to work with, and accomodating.…” 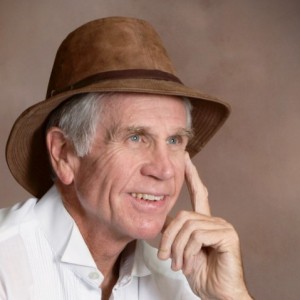 Craig S. said “Rod was great to work with- start to finish. He brought a musical blessing to our wedding day. Not only is he very talented in bringing a multitude of…”