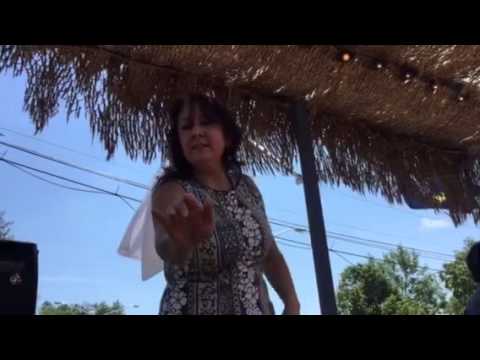 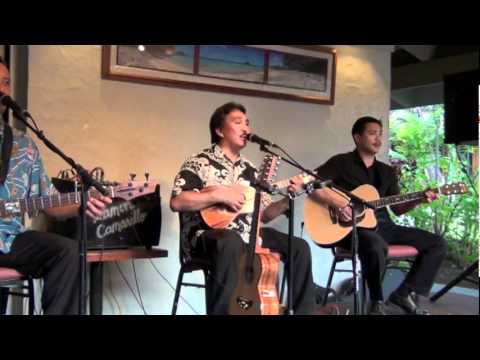 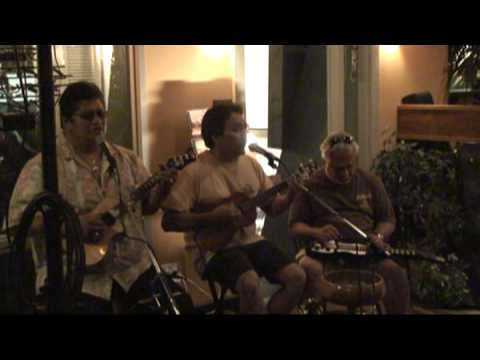 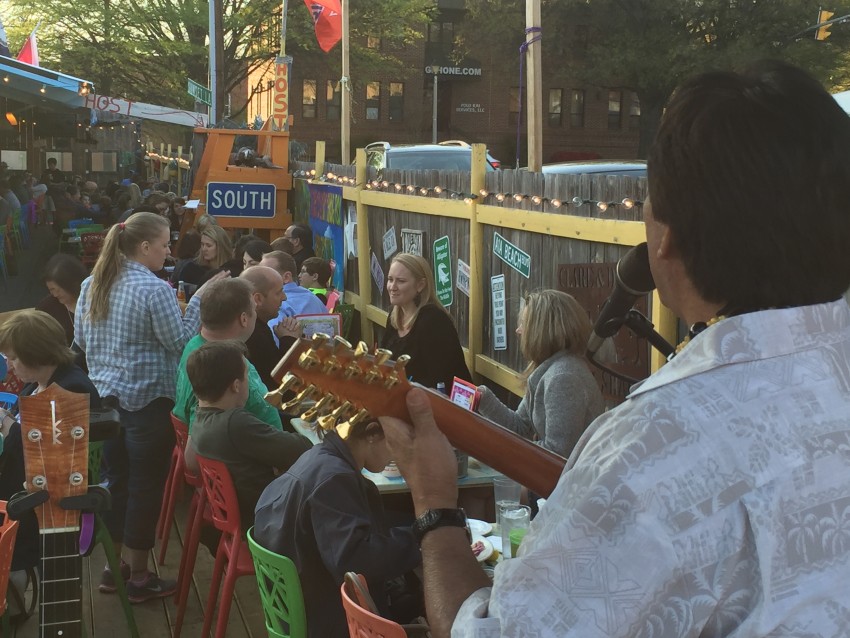 At Clare and Don's Beach Shack 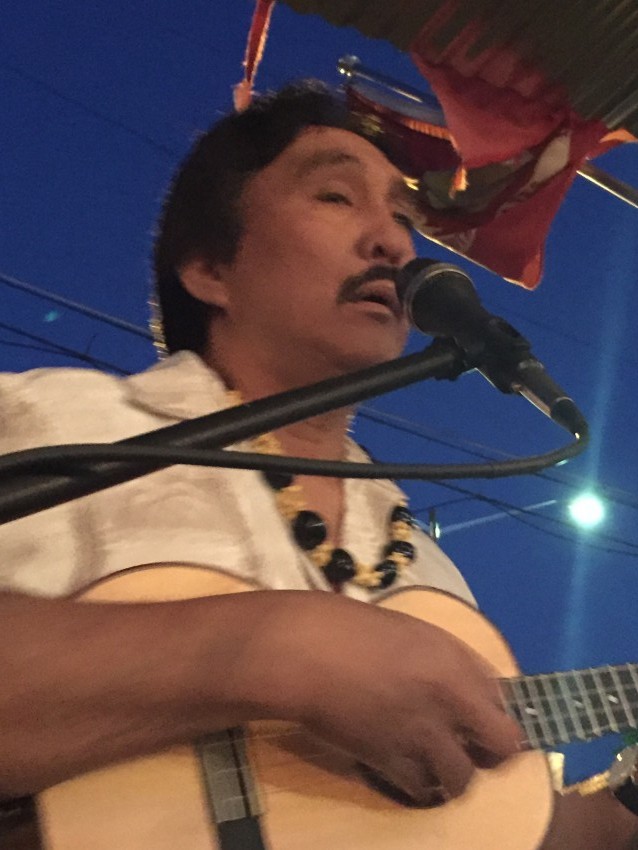 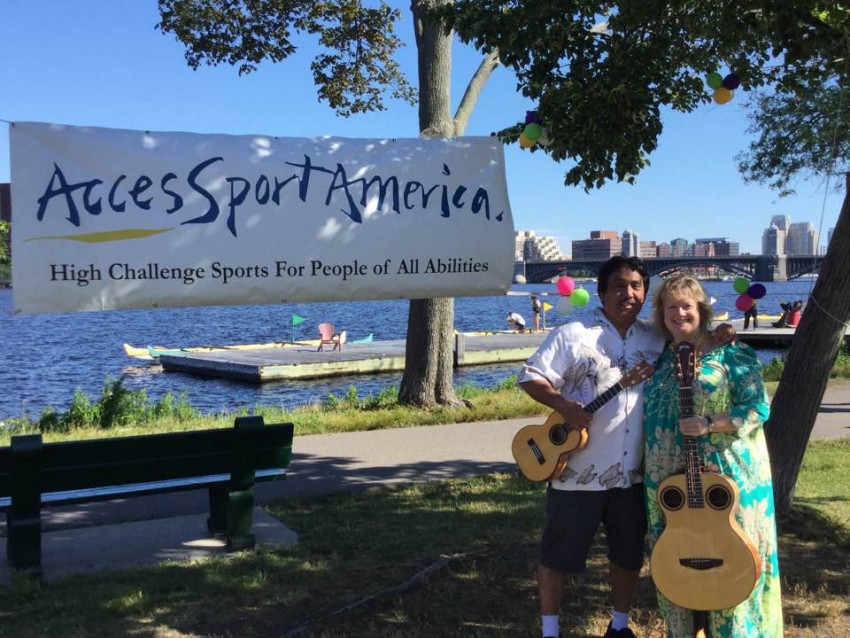 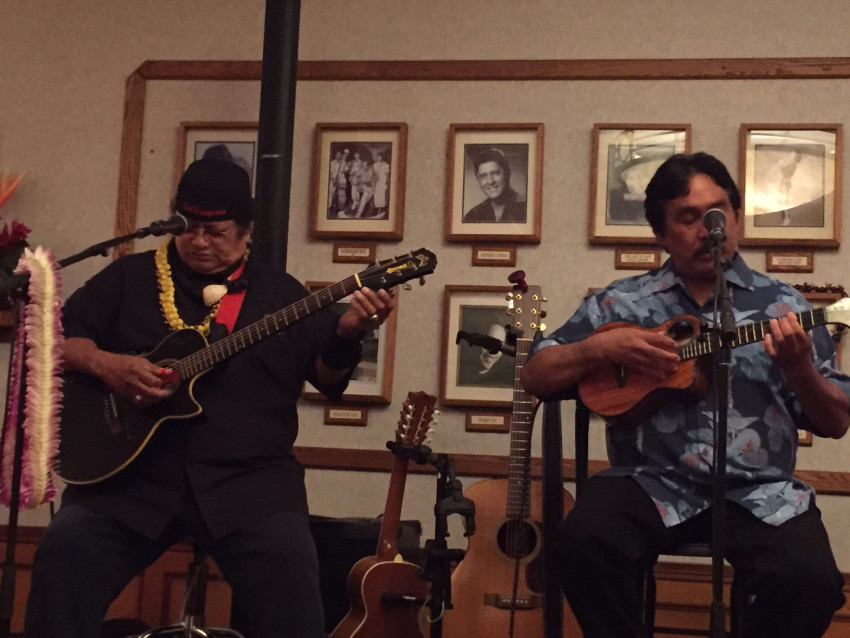 Jammin' at Honey's with Led Kaapana

Ramon provides traditional and contemporary Hawaiian music for all occasion wherever you may be. Hula dancer and additional musicians are available including Hawaiian steel guitar and bass. Sound system included at no additional charge. We are willing to travel overseas to give your event a true Hawaiian feel.

Great aloha spirit in his performance!

Ramon performed at a wedding thst I managed and he was wonderful. He was easy to work with, very responsivery to my client and very accomodate Nguyen in all musical requestd they had for him. I will definitely call on him again in the future!

Thank you so very much. We enjoyed working with you as well. I would highly recommend your company for any future events.

Perfect music for our wedding ceremony!

Ramon provided beautiful ukulele music for our outdoor wedding ceremony and cocktail hour. He took our special requests for bridal entrance and exit music - playing lovely renditions of "In My Life" by the Beatles and "Wouldn't it be Nice" by The Beach Boys that perfectly fit the vibe of our event.

Ramon's wife, Kamaka, was incredibly professional and responsive in coordinating all of the arrangements. The pair showed up promptly on schedule for wedding day, and were generally warm and kind people to have at our special event.

All of our guests loved the music. It was just right for a low key, outdoor event focused on friends and family. We would highly recommend Ramon for any wedding.

We hosted a luau for my father in law's 80th birthday celebration. He's originally from Hawaii and since we couldn't invite 50 people to Hawaii, we decided to bring a taste of Hawaii to him. Ramon and Kamaka certainly did that! The music and dancing was wonderful, they were so friendly and nice, and really made us feel like we were in Hawaii! I would invite them back in a heartbeat to any Hawaiian events we host!

Mahalo nui Paola. We had such a wonderful time meeting your family, especially dancing hula with your girls. I am so glad that you were happy with the music and hula. Hope we have a chance to meet again at a Hawaiian event here in the area. A Hui Hou!!

Ramon and his wife were lovely. They came early to set up and brought battery powered speakers so they didn't even need to tie into the power. Ramon played for most of our outdoor wedding. They were a pleasure to talk to and professional in every way. Guests keep coming up to us saying they loved them. Can't say enough good things.

Thank you so much Kai. It was a privilege to be part of your special day. And we really enjoyed talking with your friends and family. Hope to see you, or your mom, the next time you are in Hawai'i. Stay in touch. RakuRamon@gmail.com.

Ramon and Kamaka were wonderful! They were professional, on time and our attendees at the event just loved their performance. They were quick to respond as we planned and even checked in with me earlier in the day on the event to let me know when they would arrive at the venue. They were so polite and kind. Highly recommend them!

Thank you so much Katie. We enjoyed working with you as well. I hope we have a chance to travel to Washington to work together again. Much aloha and try to stay warm.

Ramon and Kamaka were a delight for our Residents here at Arden Courts. They played a variety of songs- and could feel the crowd. They were very interactive and were not afraid to have a good time with us. I would love to have them back again and would recommend them to any event you may have in mind.

Thank you so much. We had a great time and am glad that your residents did too! We would love to come back any time.

Everything u could ask for, they will make your celebration one to remember !! Our guest are still talking about them !! Truly great people and I couldn't be happier on my vow renewal day! We love u both ! Rose and bill krieger ❤️

The live music as well as hula performance and lessons MADE the party. Ramon and Kamaka were gracious, professional, and beyond friendly. I highly highly recommend them for any event.

Thank you so much for allowing us to be part of your party. We really enjoyed meeting your family and friends. Everyone was so welcoming. We had a great time as well.

The beauty of Ramon and His lovely wife touched everyone with the beauty of Aloha. His music and her dance was a gift of God's Hand to our wedding which was in the making for 50 years. Pure Aloha without my guest having to buy a ticket to Hawaii.😊 I am so Blessed they performed at my wedding. They brought such joy and happiness. A beautiful experience that touches your soul. In our World we need more Aloha and with this couple performing at your event you will have it. I am blessed I have Ohana. Aloha Ke Akua. (GOD is Love). Rev. MaryAnn Brown (Makakehi)

Aloha e Mary Ann
Mahalo nui loa for allowing us to be part of such a special event. We wish you and Bob many more years of love. Malama pono, Kamaka

This Performance was blazing HOT!

I highly recommend Island Melodies for your next Luau or Party! It was such a pleasure to listen and watch both of these Hawaiian natives perform. This was our 1st Annual Hawaiian Luau in our backyard and I couldn't have asked for better performers. They were absolutely amazing! Not only did Ramon play for 3 straight hours without taking any breaks, he did it during an Excessive Heat Warning! The Hula dancer was outstanding as well. She ever took the time to teach our guests (Adults & children) how to hula! Together their show was fantastic and they definitely brought the (hot) Island of Hawaii to our Luau! My guests enjoyed themselves and were raving about the performers. Again, I highly recommend Island Melodies..You won't be disappointed with this duo! Thanks again. Dannielle Ramos Rash

Thank you so much for the kind words. Ramon and I had such a good time. Thank you for giving us a chance to share a little Aloha. - Kamaka

I provide live Hawaiian ukulele music to complement your event. My style is traditional and contemporary Hawaiian music. Check out the videos files or visit my webpage, RamonCamarillo808.com to hear samples of my music. I can provide additional musicians for larger events and/or a hula dancer.
I have my own equipment and power source at no additional charge. So there is no need for you to provide either.
I am happy to take requests for special occasions. If I don't already play the song, I will gladly learn it if I have enough time before your event. Feel free to ask.

Born and raised on O'ahu, Ramon began playing ukulele in 4th grade. His first paid gig was at 17 playing for a formal dinner at a local McDonalds restaurant, linen tablecloths and all.

In 1996, he moved to the East Coast and began playing music with Halau O ‘Aulani under the direction of Kumu Hula Wayne Panoke. This is where he found his love of Hawaiian music.

Ramon has performed in many well-known venues in Hawai’i, throughout the mainland and internationally including:
- Appearing monthly at Nico’s Pier 38 and Kailua
- Pakele Live
- The Kennedy Center for Performing Arts in Washington DC;
- On the main stage during the opening of the Smithsonian National Museum of American Indians;
- In Reims and Paris, France during the Joan of Arc Festival
- For the Georgia O’Keefe art exhibit at the NY Botanical Garden
- Annually at Mayor’s Cup Regatta for Access Sports America in Boston, MA
- Bangladesh, Katmandu, and Dubai as a Cultural Attaché with the State Department
Check out his website to see when and where you can see and hear him live.

We provide a large variety of traditional and contemporary Hawaiian music. Our songs list includes songs made famous by Gabby Pahinui's Hi'ilawe to Braddah IZ's Over the Rainbow. Sets can run up to 3 hours with no repeat songs.

We provide all necessary equipment.