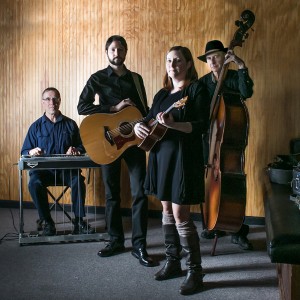 Mark Mandeville & Raianne Richards perform nationally as a duo, and in Massachusetts with their full studio band - both original and traditional folk/country/bluegrass compositions depending on the occasion. This outfit has performed weddings, benefits, town commons and private events.

Our group can vary from a totally acoustic duo to a fully amplified four piece. We write and perform songs in the folk, americana genre with a heavy influence from Hank Williams, June and Johnny Cash and Neil Young to name a few. Beginning in the basements, coffee shops and art spaces of New England, and since testing the stages of more traditional folk festivals, music venues, colleges, living rooms and bar rooms from Boston to Austin, Denver to Nashville, Asheville to Portland, and back 'round again. Hundreds of concerts have been given and thousands of records have been sold, all on our own steam and without the support of major industry assistance. We have done private parties, cocktail hours, wedding ceremonies etc.

Mark Mandeville & Raianne Richards are a folk duo from Massachusetts who sing songs which resonate with the lover of Americana and old country music, commanding familiar traditional melodies and poignant, introspective lyrics, and backing them with delicate arrangements on ukulele, clarinet, guitar and banjo. They began in the basements, coffee shops and art spaces of New England, and have since tested the stages of more traditional folk music venues, colleges, living rooms and bar rooms from Boston to Austin, Denver to Nashville, Asheville to Portland, and back 'round again. Hundreds of concerts have been given and thousands of records have been sold, all on their own steam and without the support of major industry assistance. Over the years, Mandeville & Richards have shared the stage with acts like John Gorka, Joan Osborne, Mustard's Retreat, Atwater & Donnely, Antje Duvekot, The Low Anthem, David Wax Museum and Brownbird.

In 2011, Mandeville and Richards began rehearsing with pedal steel/dobro player Peter Hart and multi-instrumentalist Doug Williamson, among others, to release a collection of songs as Mark Mandeville & Old Constitution. This album stands alone, containing both folk rock arrangements and the sparse bluegrass-country tinged songs expected from the duo's recent performances, with the gamut at times drifting into the mainstream. The final cut, indie rock ballad Sleep When You're Dead, was recently used in the film "March Sisters At Christmas" (2012) which aired on the Lifetime network, while the more traditional bluegrass Take A Little Home has been in steady rotation on regional folk radio.

The Accident That Led Me To The World
Before performing as a duo, Mandeville and Richards were central members of avant garde chamber-folk trio The Accident That Led Me To the World - who accompanied by upright bassist Zack Ciras cut their teeth in DIY spaces across the Northeast and Midwest US, releasing two albums of haunting, intricately composed indie-folk songs containing a central theme. The name was derived from a song which Mandeville wrote called "The Accident That Led Me To The World," which he then elaborated into the concept of an allegorical narrative involving a boy who sails away to an island to be alone. In late 2009, when the group disbanded, a final recording to complete the trilogy had been nearly finished, and is still anticipated to be released.

Massachusetts Walking Tour
In addition to writing and performing, Mandeville and Richards have founded an organization called The Massachusetts Walking Tour which functions as a non-profit to support arts and culture in the small towns of their home state. Each summer since 2010, a string of concerts are arranged in collaboration with local arts councils, school systems, town parks and recreation, and a variety of cultural groups to highlight the town's respective commitment to the arts. Mandeville, Richards, and chosen band of talented folks from the northeast walk, laden with heavy packs and instruments, to each concert where they perform a folk music program alongside local artists, poets and musicians. Now in its fourth year, the Massachusetts Walking Tour has been funded by the Janet Malser Humanities Trust and subsequent grants of the Massachusetts Cultural Council.

Ana L. said “INCREDIBLE! Felix and Fingers dueling pianos are so outrageously fun! We had them for my law school's prom ("Barrister's Ball") and I can't…” Sarah G. said “This band was prompt, professional, and highly entertaining. They sounded great and had great stories to go with their music. Would highly recommend!” 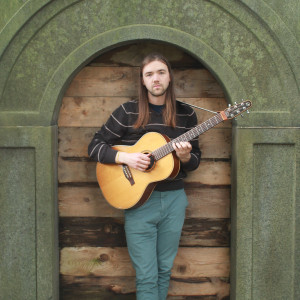 I want to provide the exact kind of music needed to elevate your event or establishment! Over the past 10 years, I have been performing a wide range of styles including…