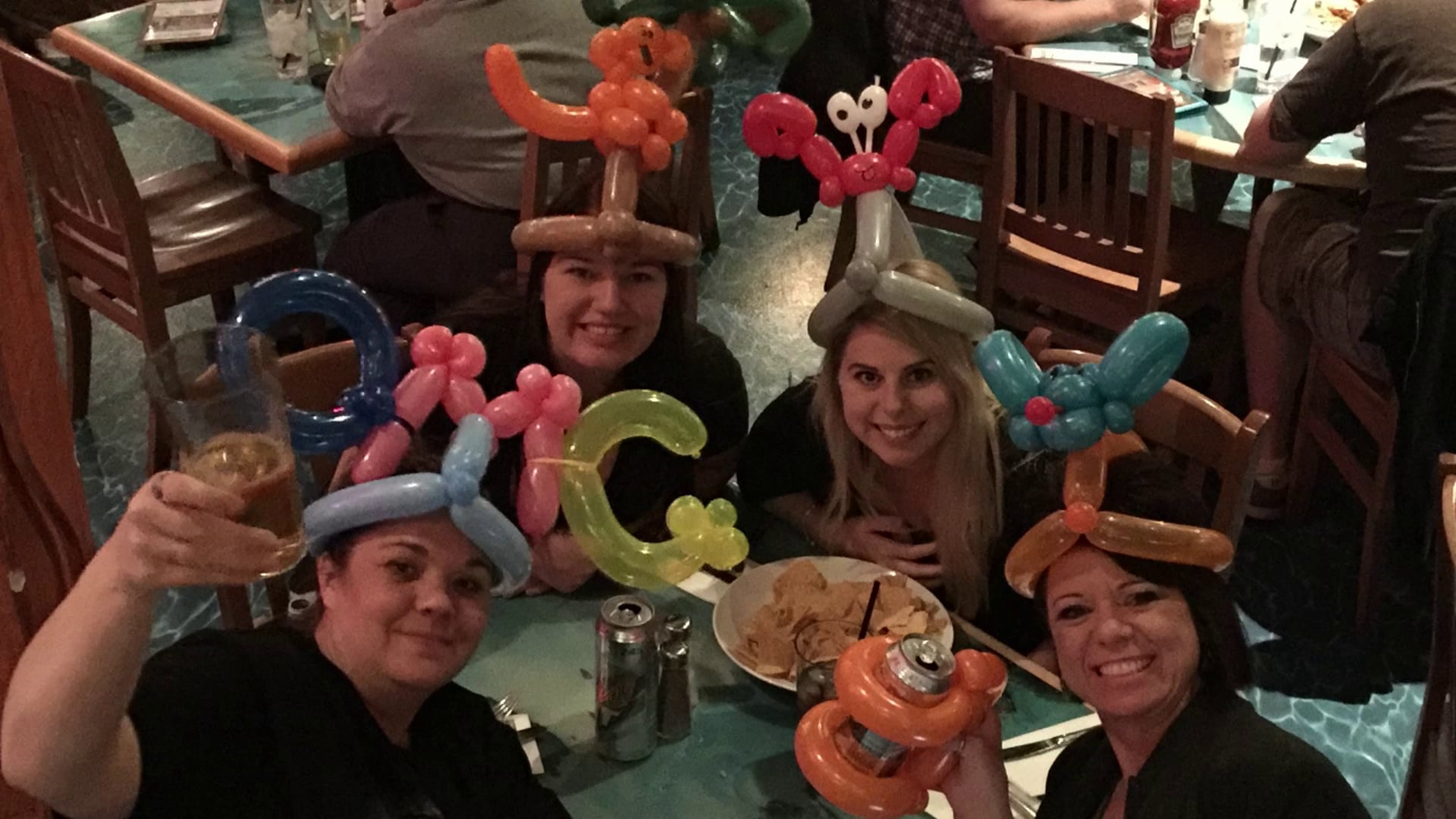 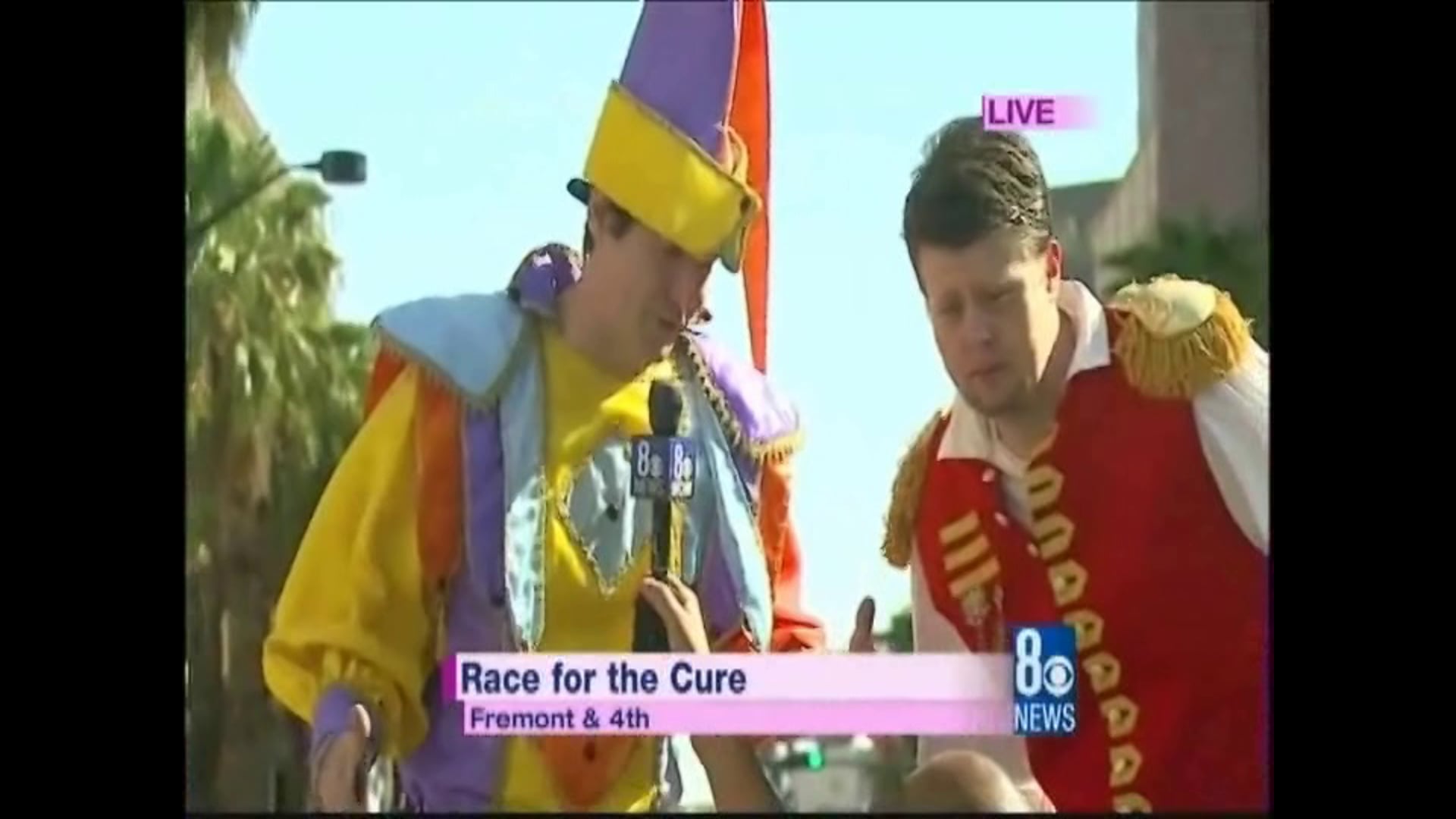 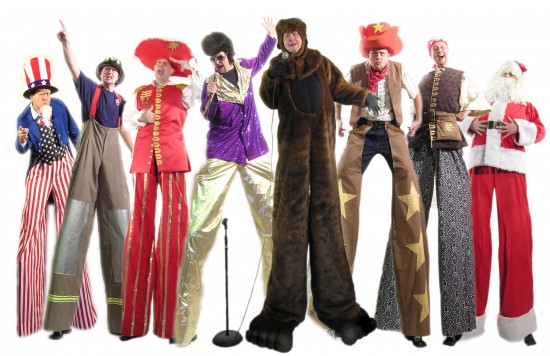 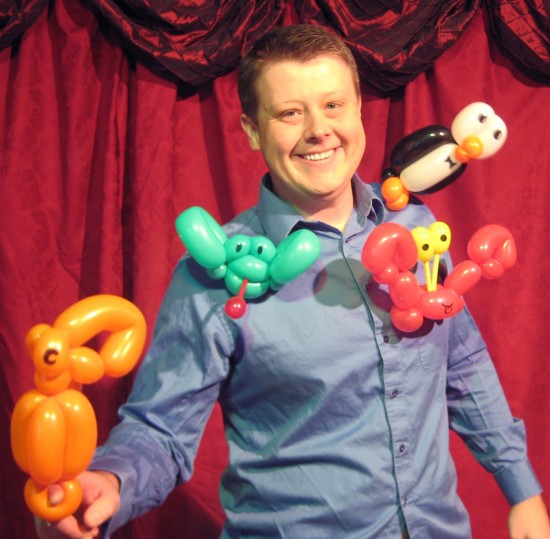 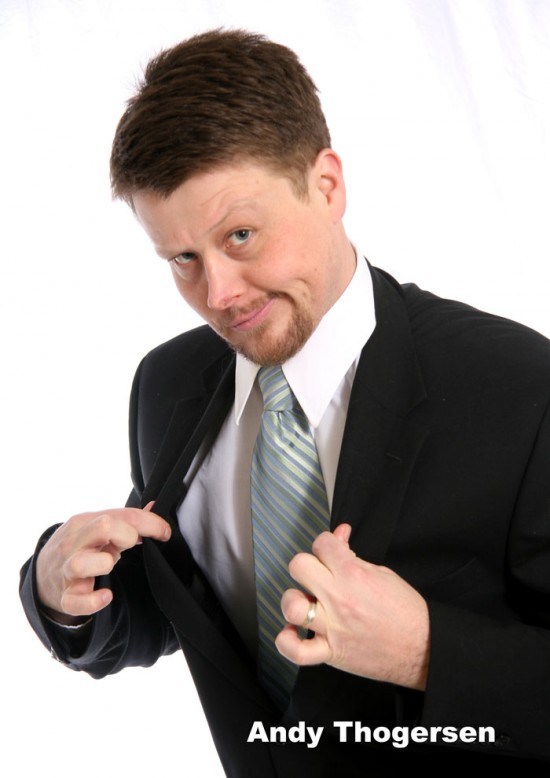 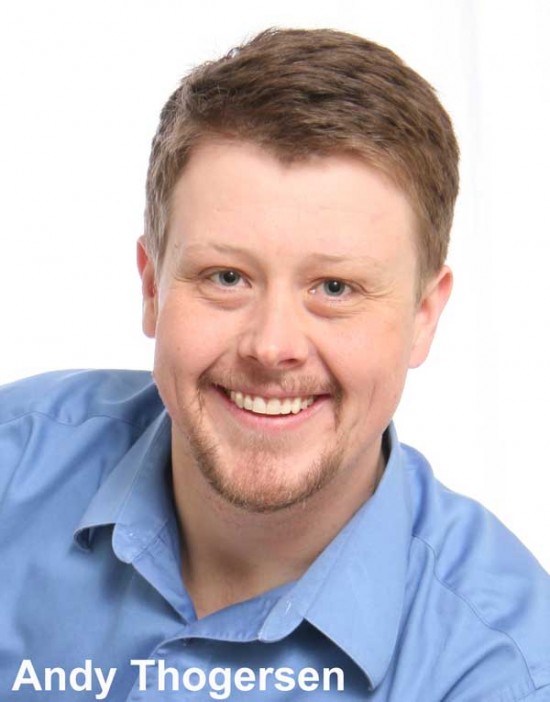 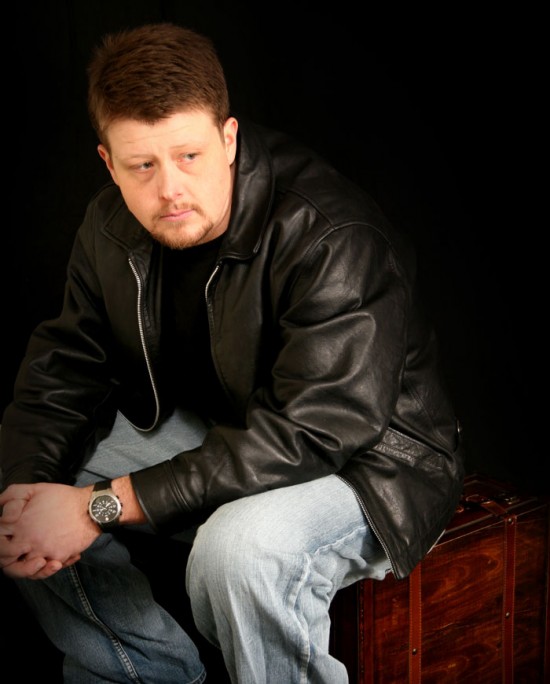 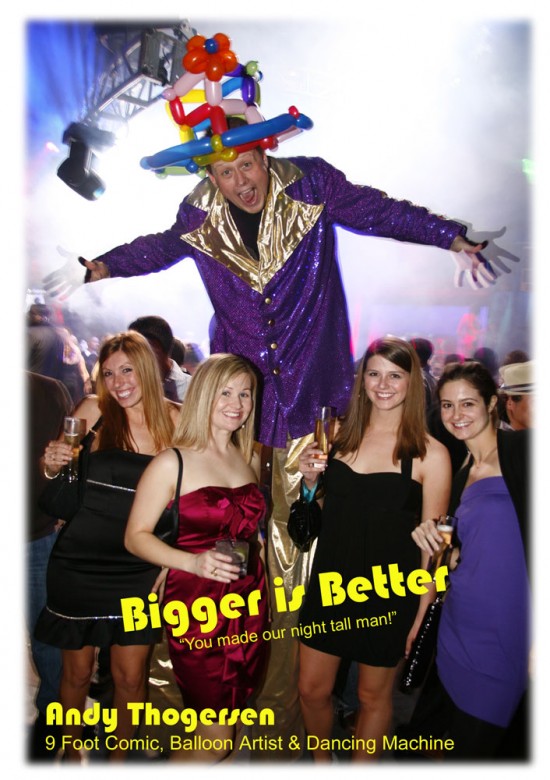 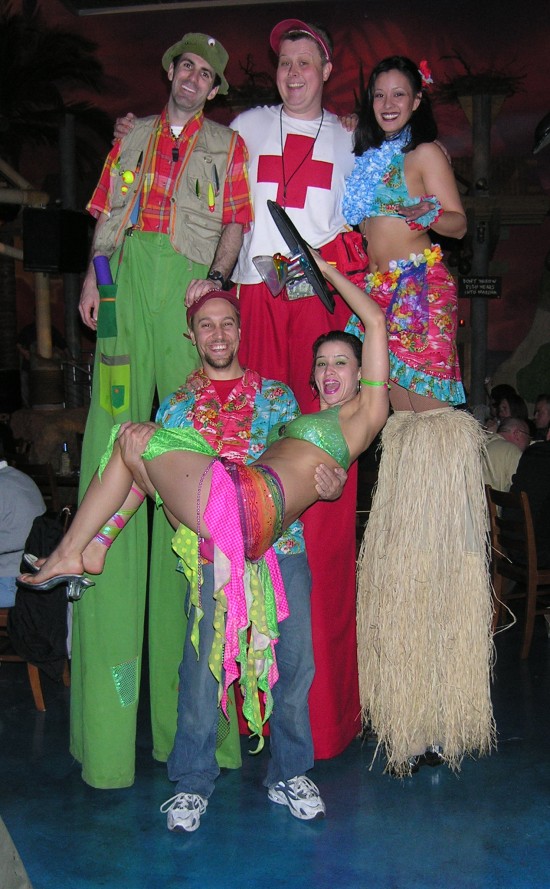 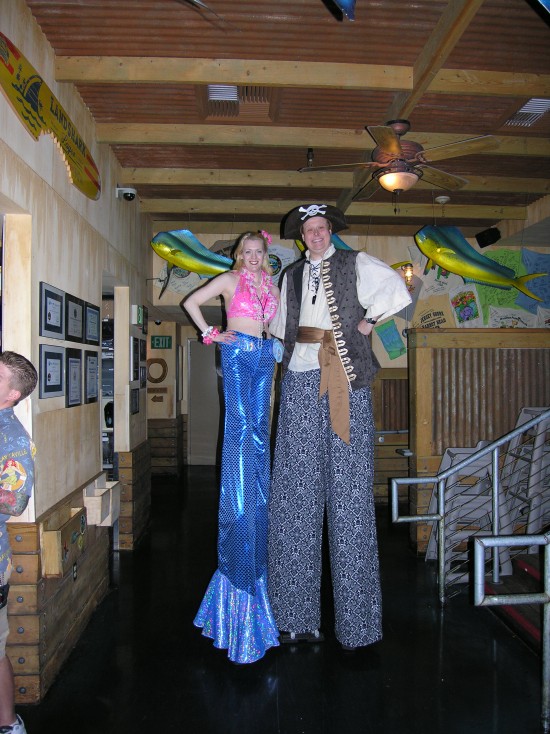 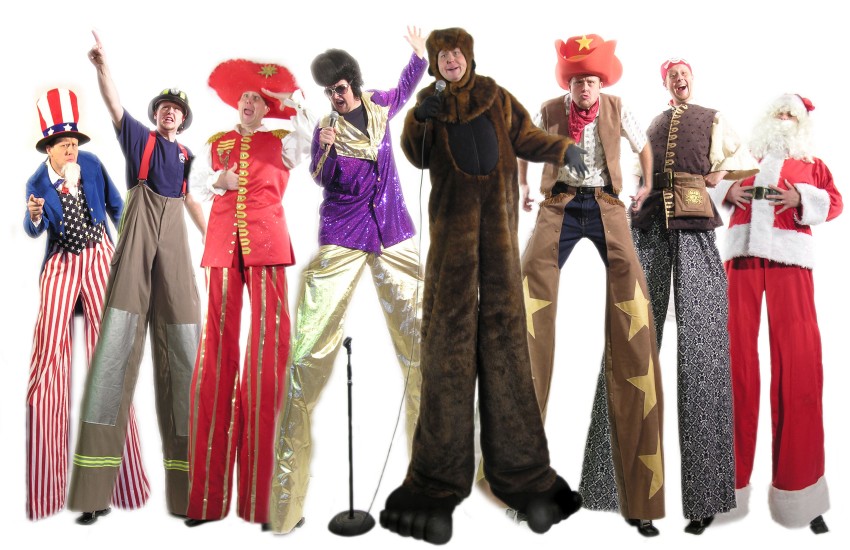 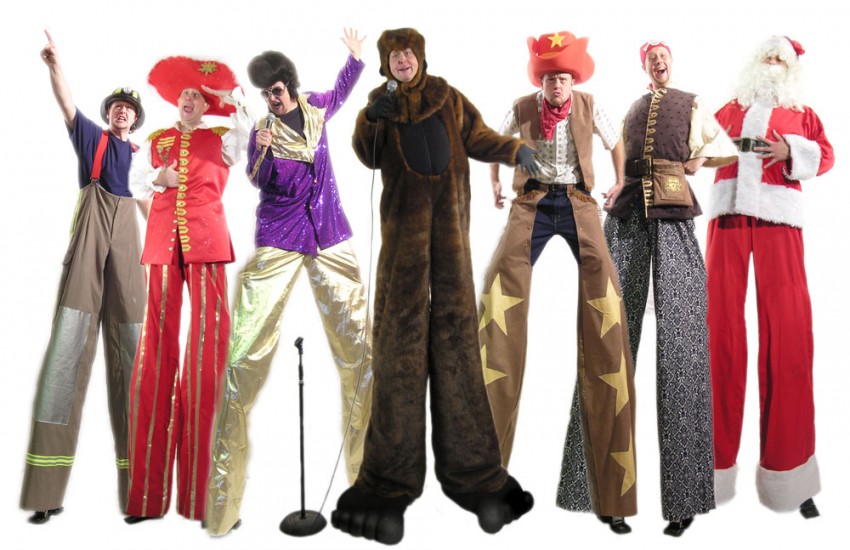 My name is Andy Thogersen, and comedy is my life. I recently started a production company dedicated to the pursuit of comedy gold. I am(in no particular order)a balloon artist, stilt walker, juggler, comic magician, improvisor and stand-up-comic in Las Vegas. I have been seen on NBC, The History Channel, Travel Channel, and on TV commercials and movies. I have many years of experience entertaining in venues ranging from small birthday parties to large conventions and trade shows. I can make anything out of balloons and I have the following stilt costumes: clown, fireman, Elvis, Big Foot, cowboy, pirate, Santa Clause, referee, suit and tie, Dracula and Uncle Sam. Thanks for visiting.

Andy was super nice and made some cool balloons. He was a hit!

Thank you so much. You guys were a lot of fun.

Andy has worked as an actor and variety performer in Las Vegas since the year 2000. Before this, he worked in television for 9 years in front and behind the camera. Most recently he has been seen on, "NBC's Last Comic Standing 7", The History Channel, "America’s Most Wanted" (as an actor!), "Card Sharks", TV commercials, movies and has even hosted his own long-running TV talk show. He has been featured in print ads for the Rio Hotel and Casino and the Luxor Hotel and Casino. He has performed in many dinner theaters, improv groups, and audience participation shows in Las Vegas including "M&M's World", "Star Trek the Experience", "Marriage Can Be Murder"" and Madame Tussauds Wax Musuem." Andy received a BA in Radio-TV from the University of Montana and studied improv with the Second City Las Vegas. Andy’s true gift is comedy and has been seen doing stand-up at Boomers After Hours Bar. He has also written several sketch comedy shows and short movies. You can currently find him making people laugh at Jimmy Buffet's Margaritaville in Las Vegas as a stilt walker/balloon artist.

He can make anything out of balloons. His Stilt Costumes are: Clown, Fireman, Elvis, Big Foot, Cowboy, Pirate, Santa Clause, Referee, Suite and Tie, Dracula and Uncle Sam. He has also been one of the "Fab Four," Benjamin Franklin, and a "Cirque Du Soleil" type character on Stilts. He can juggle three balls including basket balls.