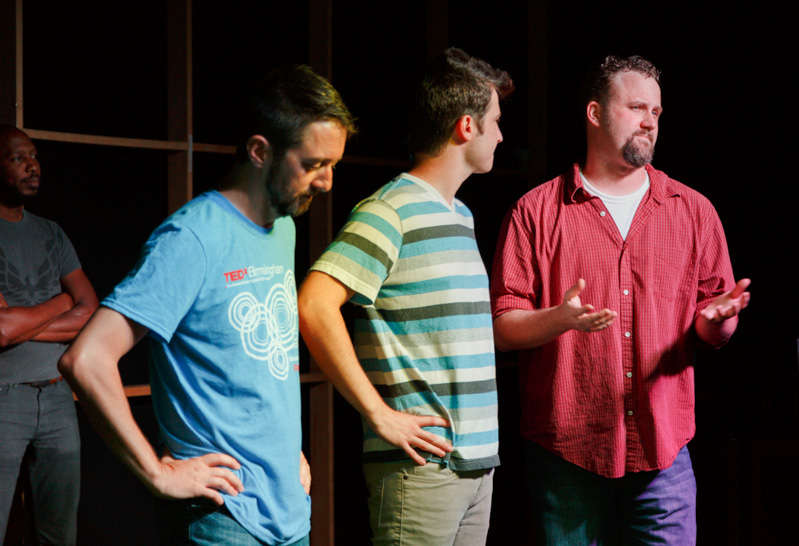 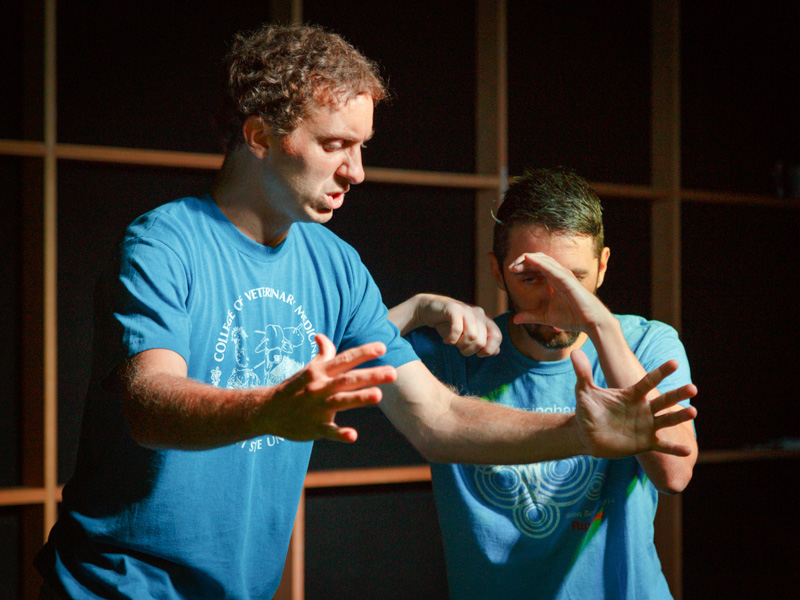 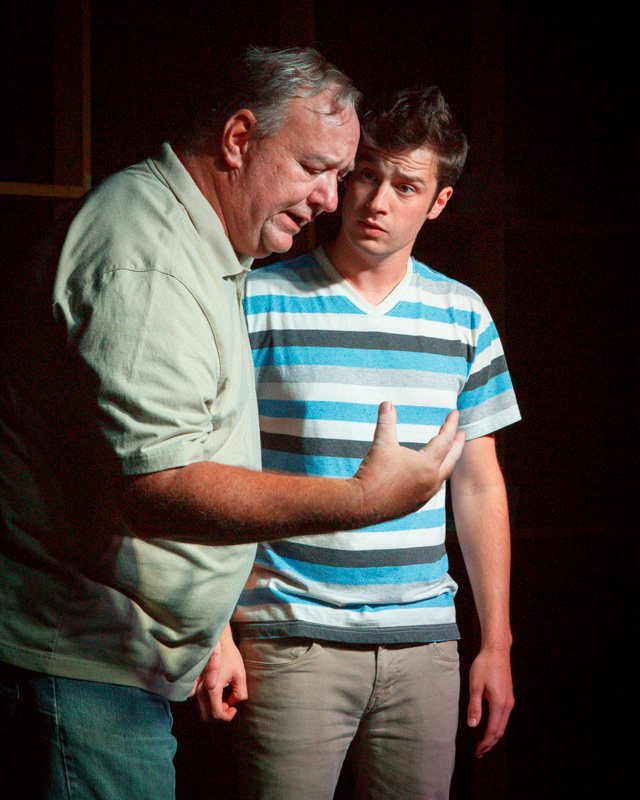 In the style of the ever popular “Whose Line Is It Anyway?!” Positively Funny Inc.’s troupe of talented comedic actors fully improvise each of its energetic shows, heeding audience suggestions to fuel an ever-changing roster of family-friendly laughs. During each performance, audience members proffer comedic proposals and then sit back to watch these skilled joke-smiths swiftly spin submissions into a slate of complete new material. Lots of audience participation adds to the on-stage comedy. The PFI performances are not only funny, but is also family friendly following the guidelines of prime-time television.

Be the first to review Positively Funny, Inc.

Improvisation comedy by its very nature is UNPREDICTABLE and hilariously funny. No two shows are ever the same since we base our performance off of audience suggestions. We also bring audience members up on stage to participate in the hilarity.

Our comedy is PG-13 - mostly family friendly, never vulgar- we use our talents to get our laughs and do not resort to potty-humor.

We chose our Improv games for a show from our catalog of over 750 different improv games, adding to the uniqueness of a show. For private events, corporate entertainment events - we customize the performance based on the culture of the organization that has hired us. We poke fun of what you dare not make fun of!

Our Corporate Training leverages the basics of Improvisation to teach a wide-range of topics, including: team-building, conflict resolution, group dynamics, transition management, diversity, just to name a few.

We also produce special Improv-based shows that include spoofs of popular hit TV shows - "Improv Idol" - spoof of American Idol that uses musical improv where songs are made up on the spot. We also involve the audience through karaoke. At the conclusion of the performance, the audience votes on their new Improv Idol.

Our HIGH-ENERGY, HIGH-CREATIVITY performances will leave you laughing for months to come. Unless you seek counseling.

Positively Funny Inc., a professional multi-faceted comedy company, has been on stage in Birmingham for over four years with weekly Improv performances at the Rare Martini in Birmingham’s Lakeview entertainment district on Tuesday night. PFI also has a main-stage venue at the Hyatt Regency Wynfrey Hotel at the Riverchase Galleria where they have been appearing on a regular basis for over a year.

In addition to their highly successful weekly performances, PFI also brings the funny to private events across the southeast region and across the country. But PFI is more than just an entertainment company, they also an educational company that offers professional development to organizations through its Improv-based training using its principle known as “Laugh-While-Learning.” PFI works with some of the major employers in the southeast region on such topics as communications, team-building, leadership, creative thinking and other soft business skills.

Another facet of PFI’s educational component is their public comedy classes for teens and adults. PFI offers classes in Improvisation, comedy writing, digital comedy shorts and stand-up comedy. Included in their offerings is a special class format developed for autistic teens and young adults which has proven highly successful.

The funny folks at Positively Funny Inc. use a large portion of the proceeds from their work to fund their youth and teen oriented not-for-profit organization known as Perform-4A-Purpose. This arm of PFI takes on the issues of anti-bulling, teen suicide and school violence using the performing arts as its teaching tools.

Since it's Improv, we can do our show most anywhere - no true set, minimal lighting, and we provide the props we need. Our only rider is a box of Oatmeal Creme pies and Peanut butter. We won't have time to stop at the store on the way.

We can customize our performance to the needs of the client. There are over 350 Improv games that we can pull for our show. All games are FUNNY and always CLEAN.

Our short-form Improvisation is based off of the world-renowned "Whose Line Is It Anyways?" However, our influences include the hilarious sketch comedy of the Carol Burnett Show, the physical comedy of Lucille Ball, Saturday Night Live (the good years), and of course, The Second City in Chicago, The Groundlings and Sak Comedy Lab where some of our actors trained.

Stage lighting is nice but not required

Ability to amplify our music

Sara M. said “We hired Jeff to do a 50th surprise birthday party "roast" and he was outstandingly hilarious! His highly creative talent is remarkable and…”

Tiffany S. said “Alton was absolutely outstanding for our Women's Ministry Holiday Social! He kept everyone engaged and had us laughing our eyes out! Not only was he funny…”

Lindsee N. said “We just wrapped up our company Christmas party. Each year I stress about finding entertainment for our get together that will top the year before. This…”

Jess A. said “Fish Sticks came to our Date Night event and brought the house down. The team engaged the audience and involved us in their creative improvisations. They…”