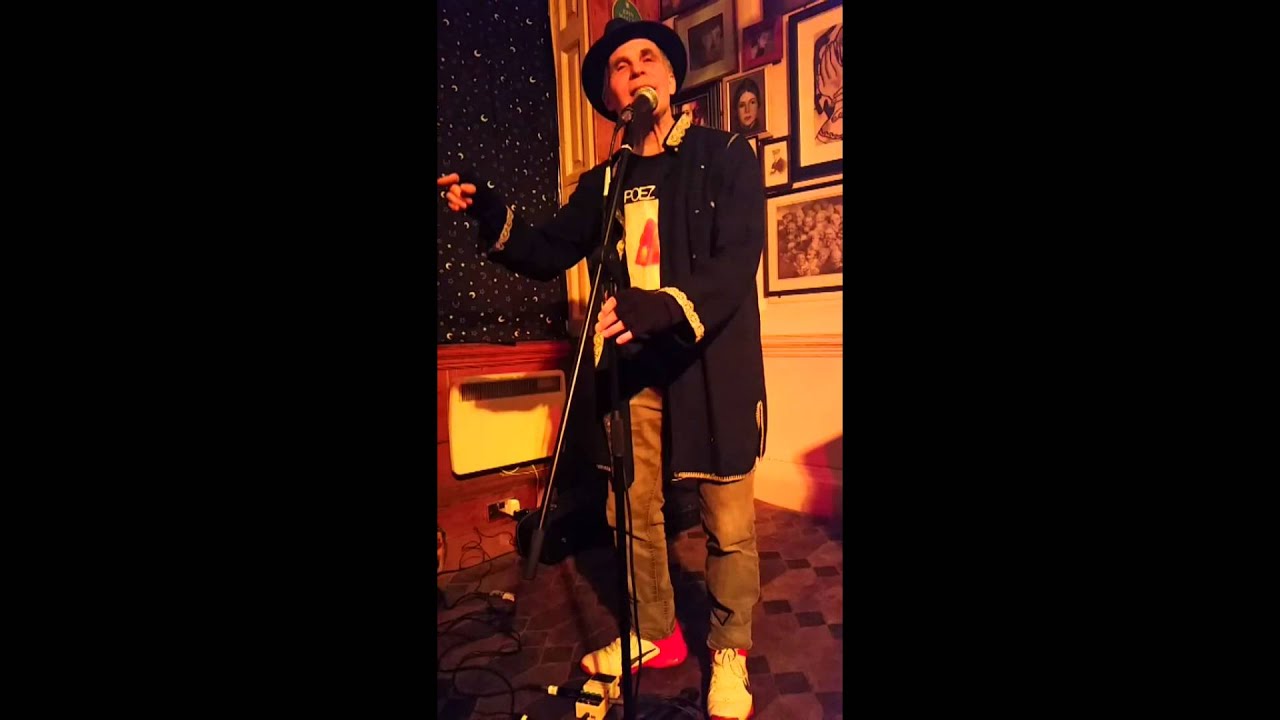 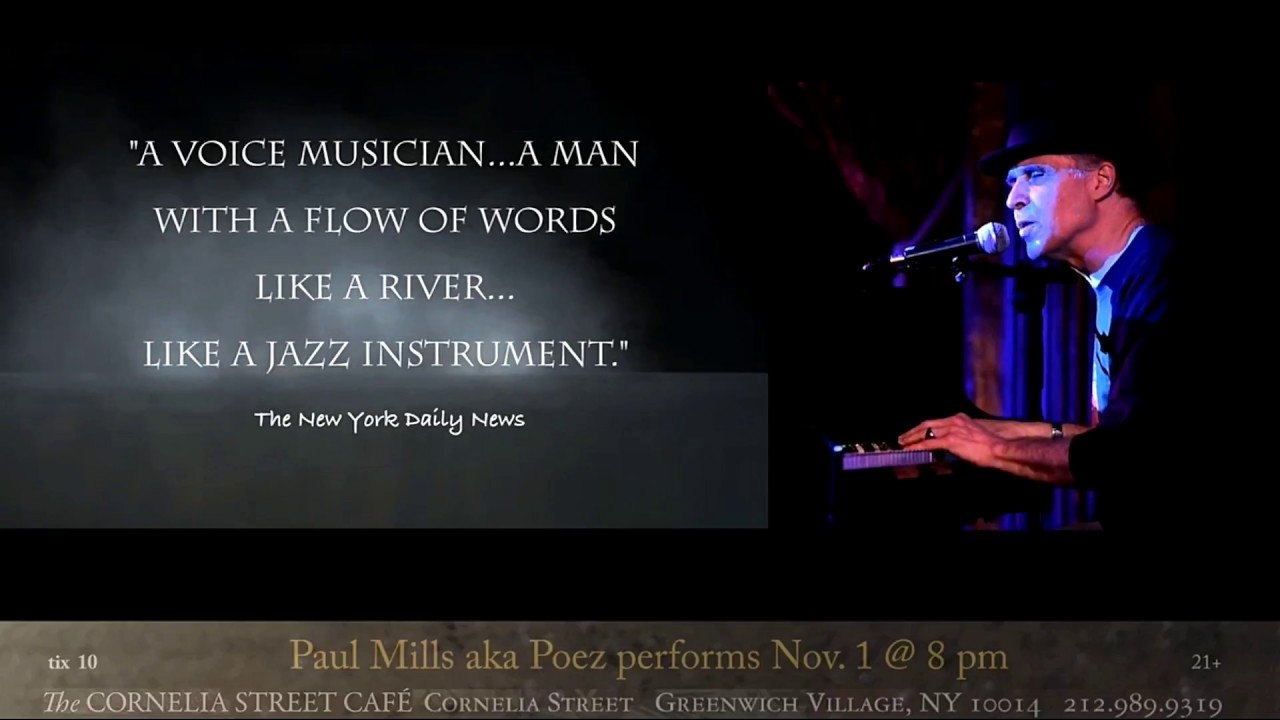 There Is Evil In This World 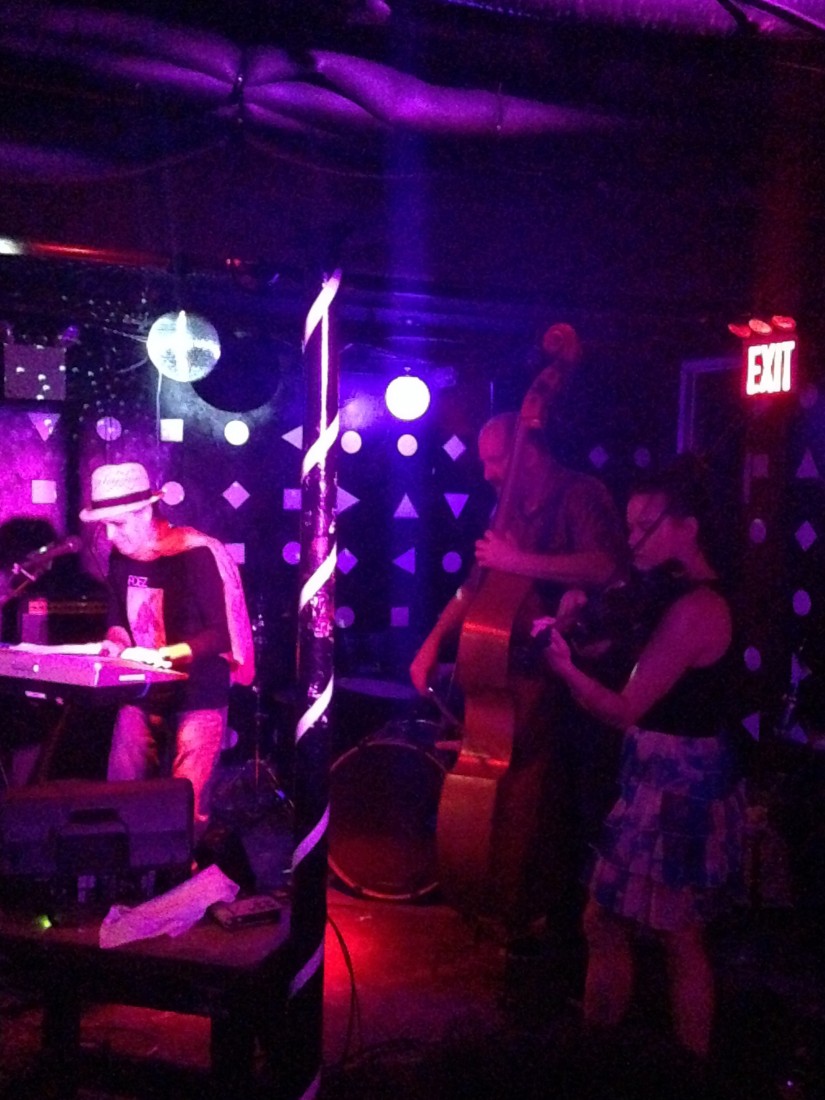 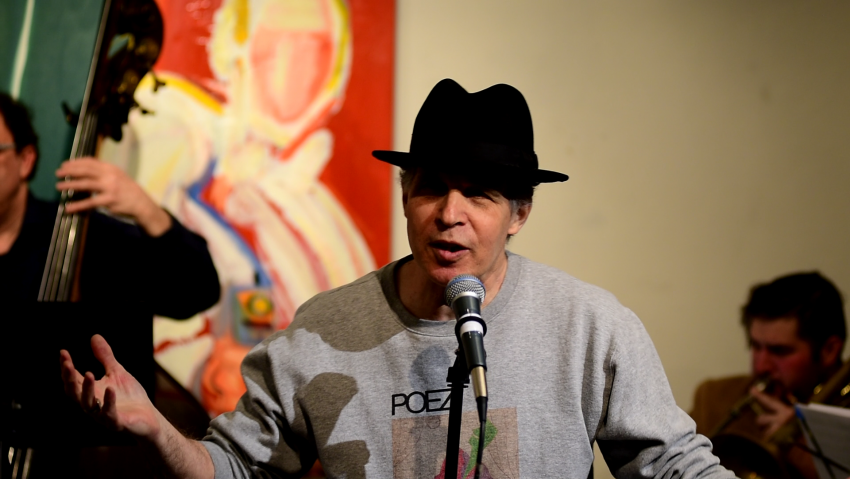 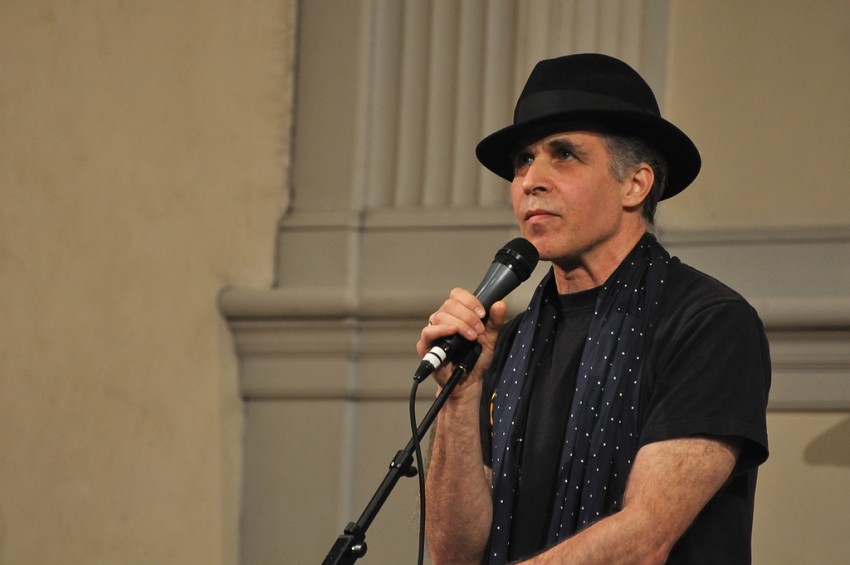 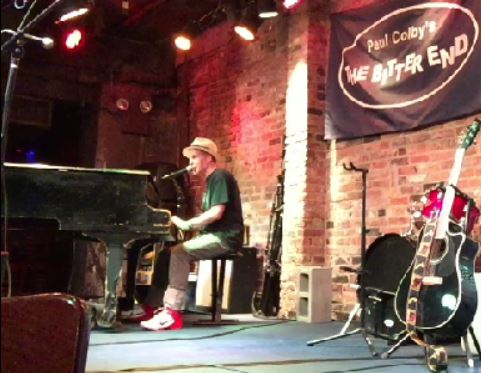 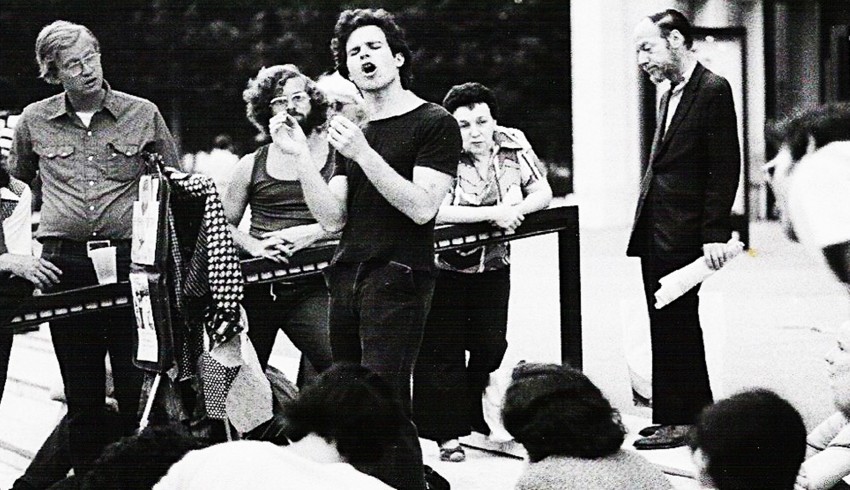 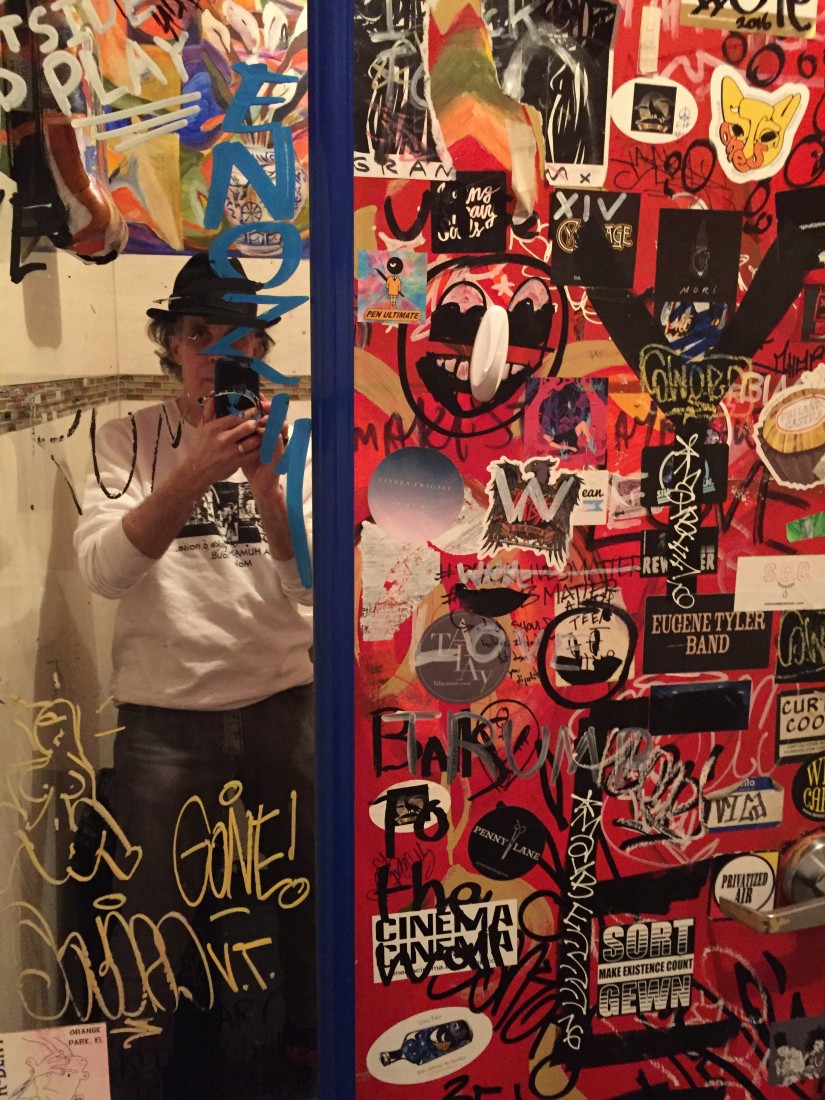 He was great, i would recommend him and book him again. If you like poetry this is the guy to book.

Response from Poez the Poet:

Dinner party with charming people and awesome artwork on the walls. We started off with a brief piano interlude of original jazz, then the classic poem, "The Road Not Taken" by Robert Frost, and an original, "I Wanna Sleep With A Genius!" "Annabel Lee" by Edgar Allan Poe. Another time perhaps I could do an improvisation and use the digital delay.

“No I Will Not SHUT UP”: a spoken word … SPOKEN WORD … poetry performance by New York's premiere spoken word poet, Poez The Poet. Founder/Father/Originator/Mad Scientist Inventor of this performance form, Poez The Poet (aka Paul Mills) (what, you never heard of him? awww ... too bad) began performing to enthusiastic listeners and hostile poetry administrators, editors, publishers, poetry reading curators, in Boston, 1975, first in the street, then cafes, clubs, theaters, radio, television, online, CDs, paperback (“The Poetry Dollars,” Bowery Poetry Books). Only the hippest of the hip -- rank and file human beings -- and leading observers of THE SCENE in Boston, New York, London, Paris, approved, and he has kept on doing it, not much interested in paper publishing, sharing the bill over the years with such as William Burroughs, Laurie Anderson, Mose Allison, Suzanne Vega, Bob Holman, Marshall Tucker, Smithereens: “No, I Will Not SHUT UP” is the show you get today, including improv, keyboard, and digital delay, along with white hair, missing teeth, and the usual crazy face. Does this work for you? Perhaps … poetry suits still hate him … not for children, either …

Recognized by The New York Times as "a spoken word pioneer", his career trajectory has taken Paul L. Mills aka Poez from the sidewalks of Boston's Harvard Square and Greenwich Village to concert stages in Paris and New York, radio and television in New York, Boston, Prague.

AN ASTONISHING AND UNEXPECTED VOICE

There has really never been anyone else quite like him. "A sonic fantasia," said The New York Times in a prior review. "A voice musician ... a young man with a flow of words like a river ... like a jazz instrument" is how The New York Daily News described Paul L. Mills aka Poez. "Plays his voice as a violinist moves the bow across the strings ... beyond the writing, beyond the performing, to a personal portrayal that is a virtual song" The Aquarian Weekly. "An astonishing and unexpected voice," were the words used by Le Figaro (Paris), "Incredible and extraodinary ... words suddenly become rhythm and music" agreed Le Quotidien (Paris), of his concert engagement at Le Theatre du Rond-Point on the Champs-Elysees in Paris, when Patrice Regnier's RUSH Dance Company joined him in live performance of his original work, "Spontaneous Combustion."

He has performed in New York at, among other venues, The Bitter End, Kenny's Castaways, Theater for the New City, the Ridiculous Theater, LaMama ETC, the Cornelia Street Cafe, the Bowery Poetry Club, and the Sidewalk Cafe/Anti-Folk Festival, as well as in radio and television appearances, sharing the bill with performers such as Mose Allison, Sonny Terry & Brownie McGee, William Burroughs, and Richard Hell.

As a spoken word artist, I can adapt to your available setting. If you have a stage, microphone, amplifier, lighting, all the better. But a quiet room with comfortable chairs for the audience works fine too. A glass of water might be helpful.

If (Kipling)
Leaves of Grass (Whitman)
The Love-Song of J. Alfred Prufrock (Eliot)
Do Not Go Gentle Into That Good Night (Thomas)
The Raven (Poe)
Kubla Khan (Coleridge)
The Road Not Taken (Frost)
Jabberwocky (Carroll)
The Tyger (Blake)
Roman (Rimbaud)

Lighting if you have it.