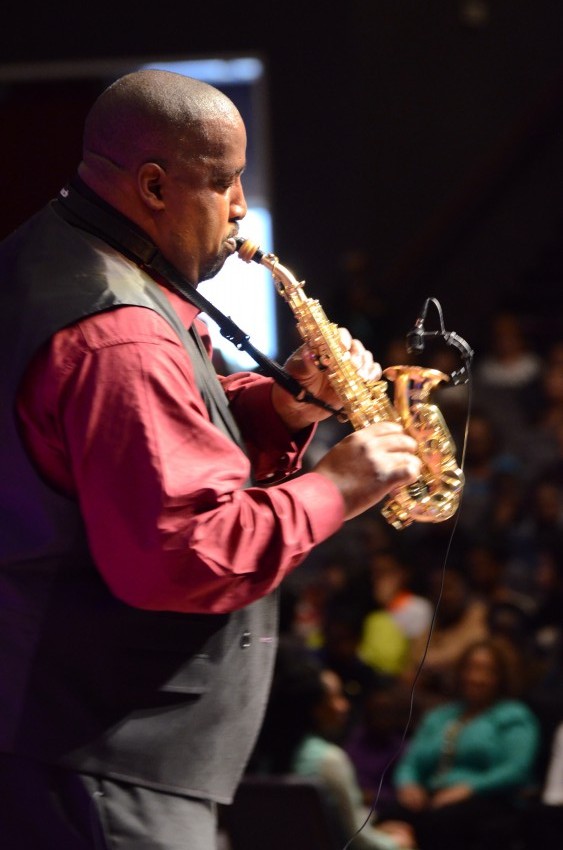 Phil has performed with many individuals including the late Grover Washington Jr. & Stanley Turrentine, Pieces of a Dream, Marion Meadows, Norman Connors, Brian McKnight, Ali Woodson of the Temptations, the Clark Sisters, the Winans, Fred Hammond. Phil recorded with Ben Tankard, For four years, Phil was a band member and director for the Grammy Award winner, Yolanda Adams. Phil has recorded on her “More Than a Melody” CD. During this time period, Phil served as side-man for legendary entertainer and singer, Jean Carn. His experiences with Yolanda Adams and Jean Carn, have helped him polish his stage presence and circular-breathing that fans world-wide have fallen in love with.

This was an intimate event. Phil was amazing and talented. He was not awkward and spoke to us. I really enjoyed this experience. If you are contemplating on booking... do it now! You will not be disappointed.

Phil is a great saxophone player. We had a Mother's Day dinner party and the Ladies love it!!! ...and the men too!

Thx oh so much Cathren!!! I had a blast!!! It was the best wedding reception that I've ever attended in my life!!! #muchlove

He was a good player

Phil’s lifelong passion for music started at the age of 10, which is when he began formal saxophone training in the Maryland public school system. He honed skills while playing at Shiloh Church of God 7th Day in Hyattsville, Maryland. As a youth, Phil continued to play his saxophone in both Christian and secular arenas. Phil has had the experience of performing with many talented individuals including: the late Grover Washington Jr., the late Stanley Turrentine, Pieces of a Dream, Marion Meadows, Norman Connors, Brian McKnight, the late Ollie Woodson formerly of the Temptations, the Clark Sisters, The Winans, Fred Hammond, and Richard Smallwood. He’s also recorded on albums with Ben Tankard, Alvin Nesbitt, and Amos Davis. For four years Phil was a band member and music director for the Grammy Award winner Yolanda Adams. While playing with Yolanda, he also had the opportunity to record on her cd entitled, “More Than a Melody.” During this same time, Phil was also a band member of the legendary Jean Carne. It was during experience with Jean Carne that Phil was encouraged to fully develop and polish his stage presence and perfect his circular breathing technique.

Phil performs for all types of events from weddings to conferences, festivals, jazz restaurants to churches.

Phil truly believes that music if for everyone. Phil’s call and desire is to use the gifts that God has given him in music as a language to cross all barriers including but not limited to race, denomination, religion and color. Most of all, Phil simply wants to bring God glory. Phil truly realizes that all gifts come from God and that we must honor Him through our gifts.

prefer to have sound system in place.