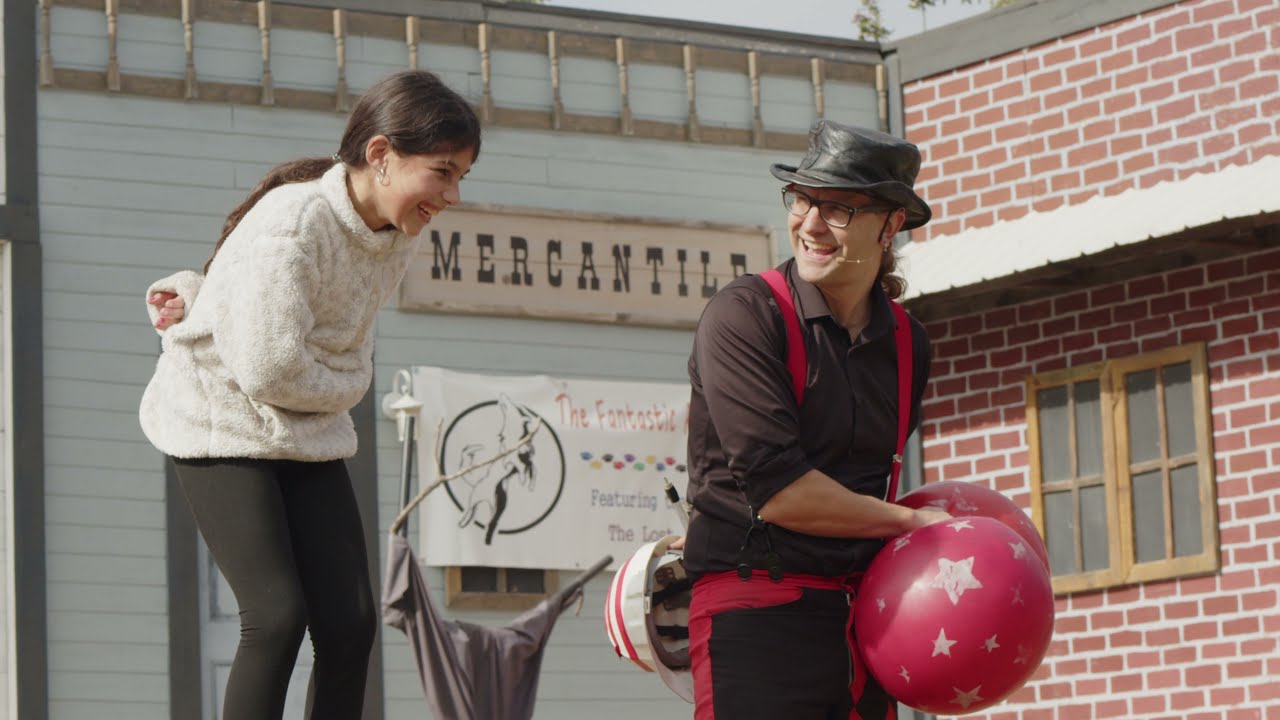 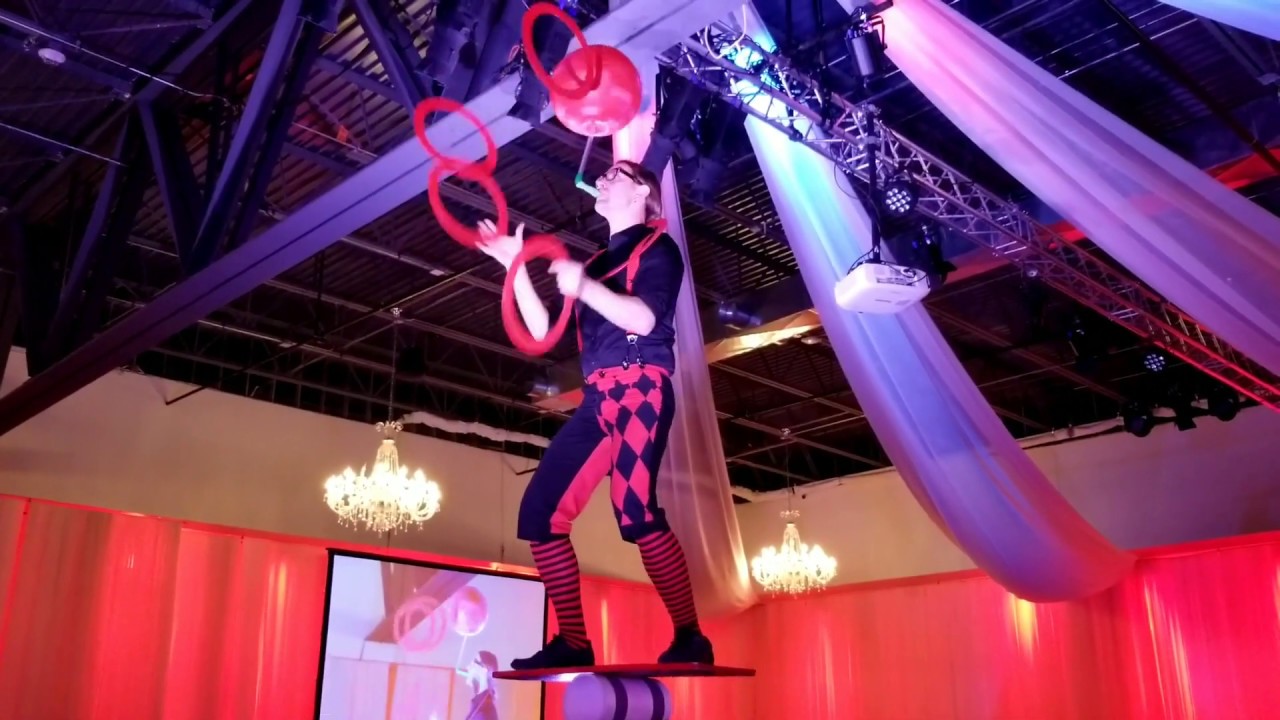 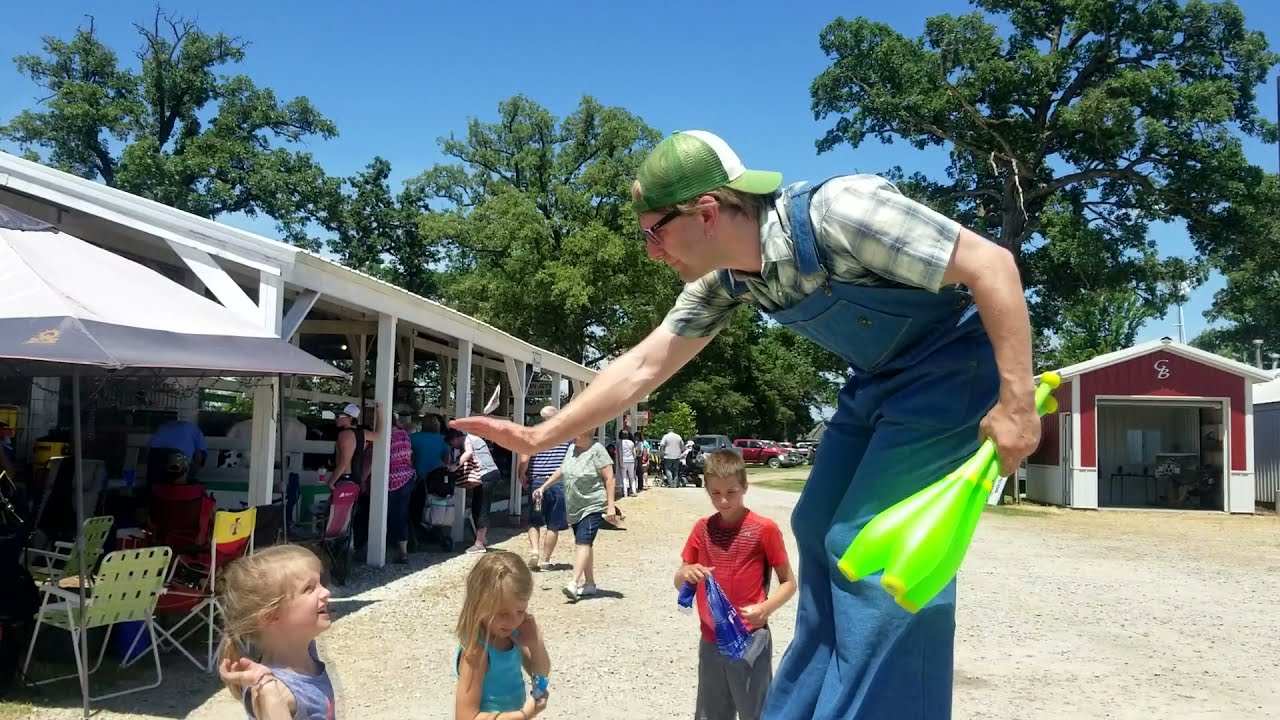 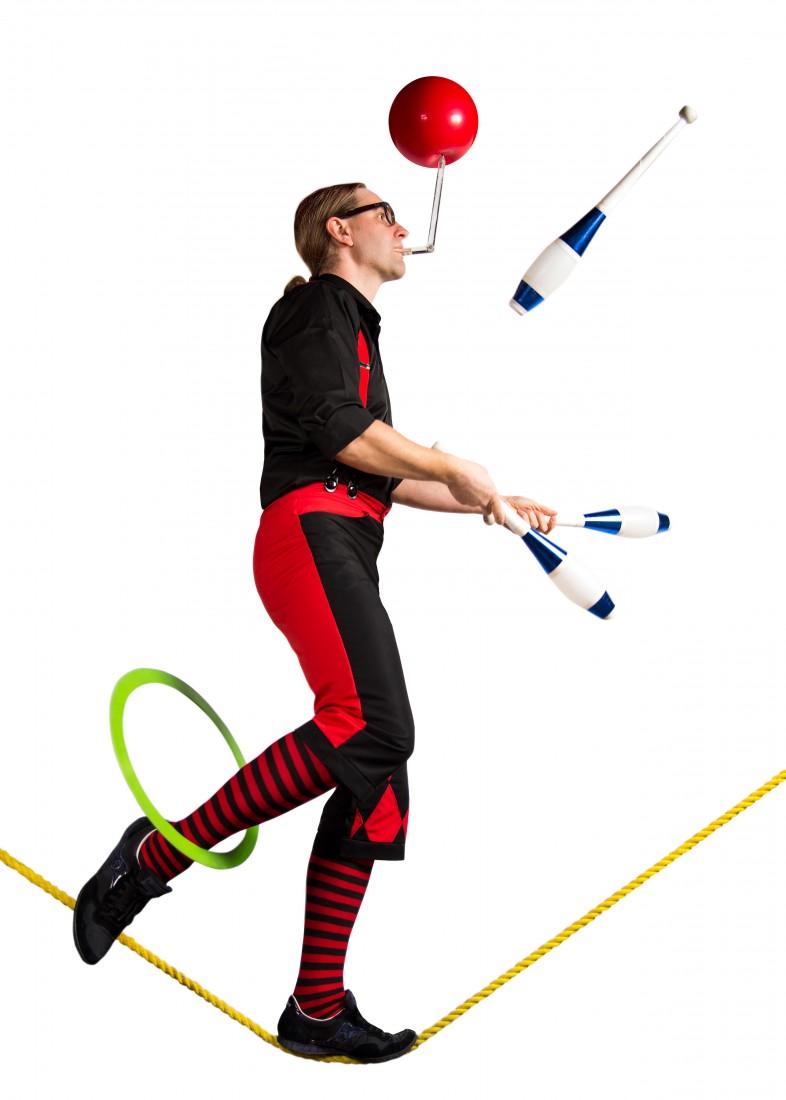 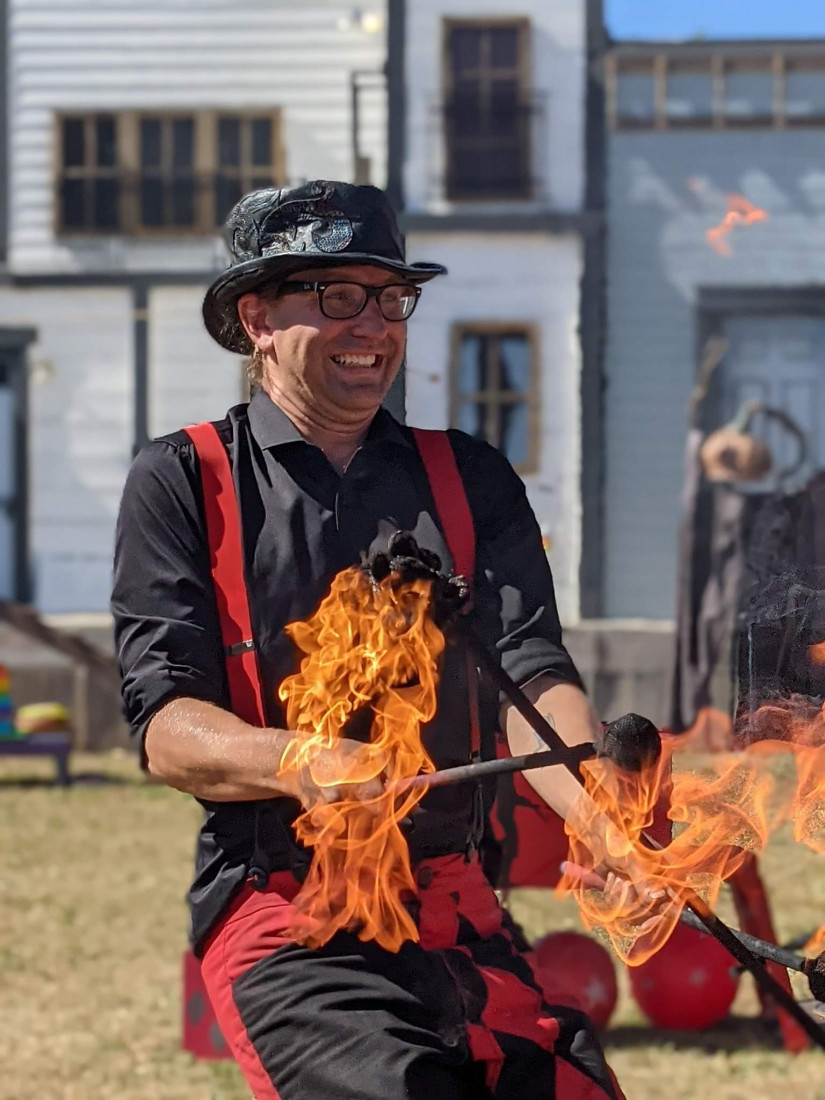 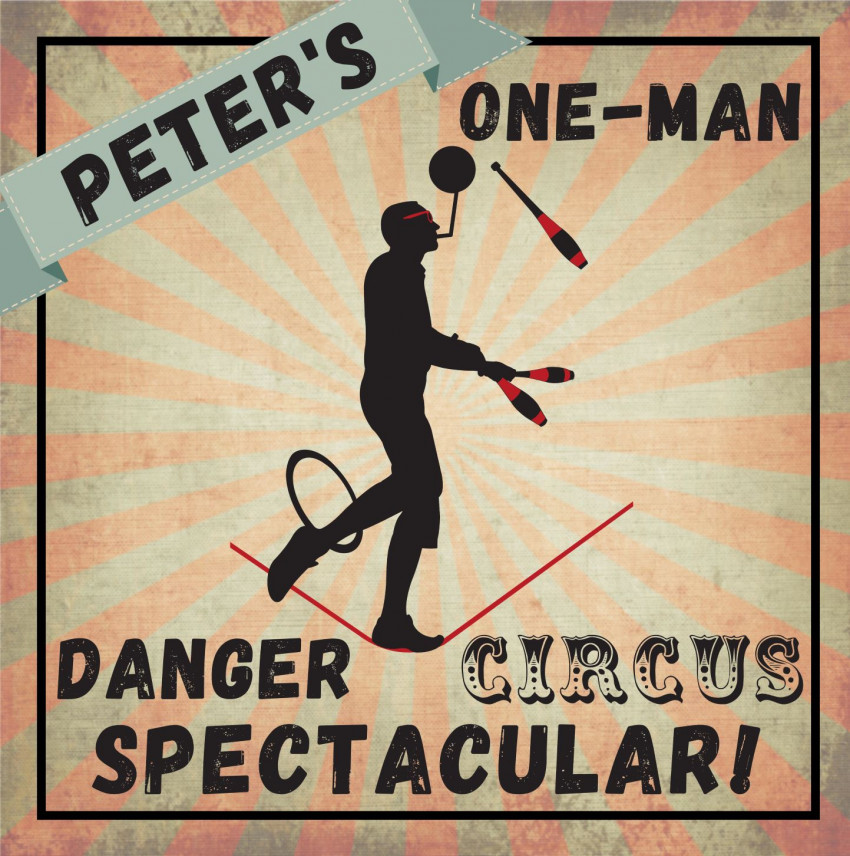 Peter's One Man Danger Circus Spectacular - as seen at Vala's! 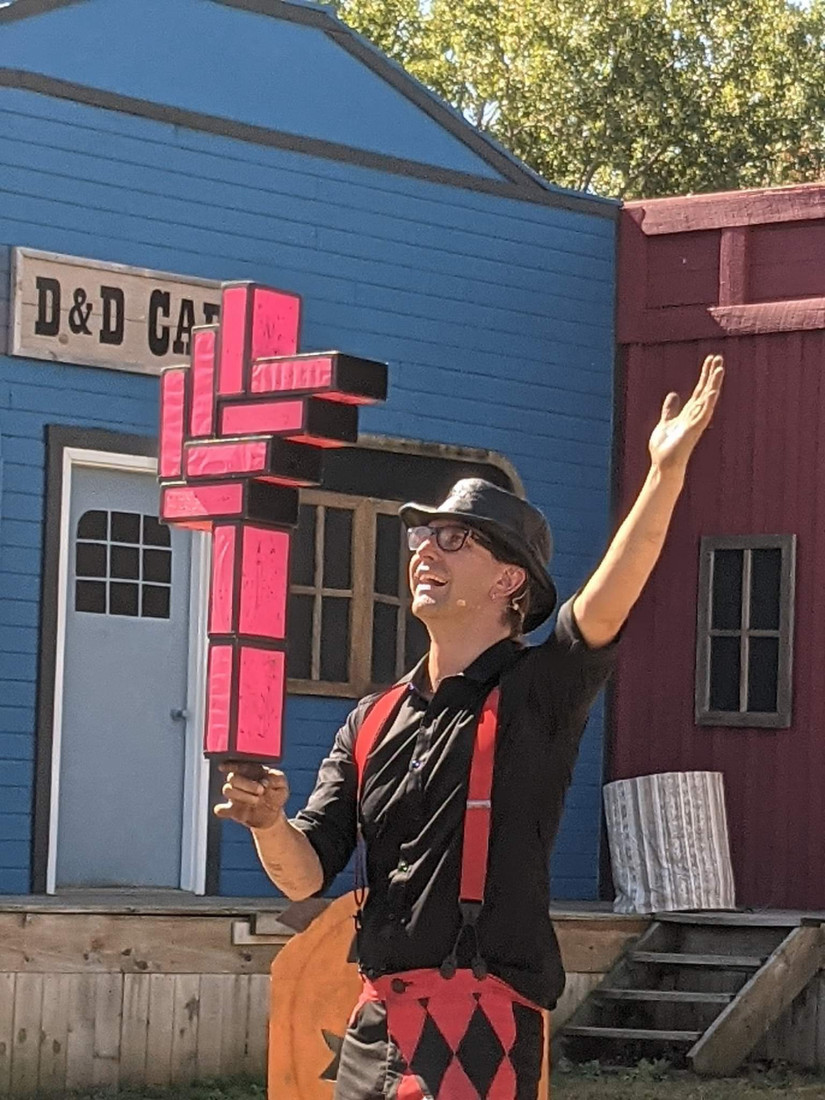 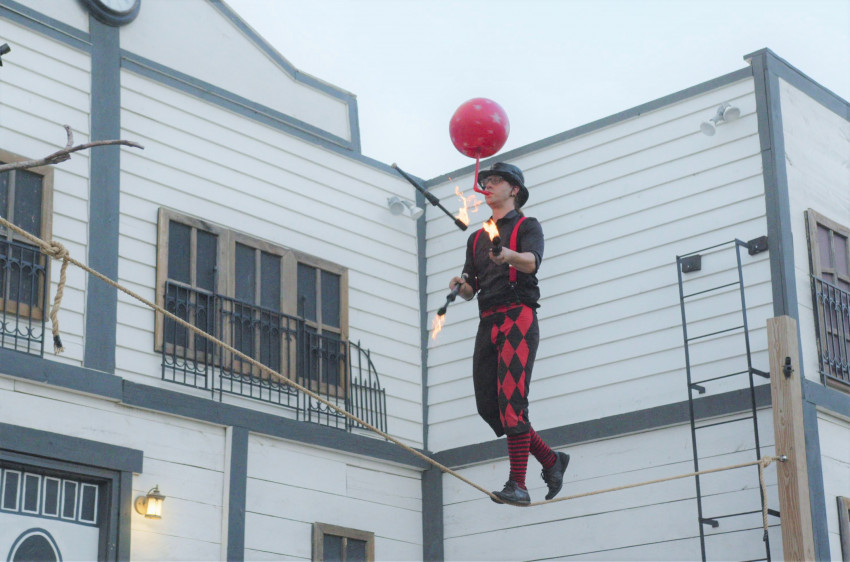 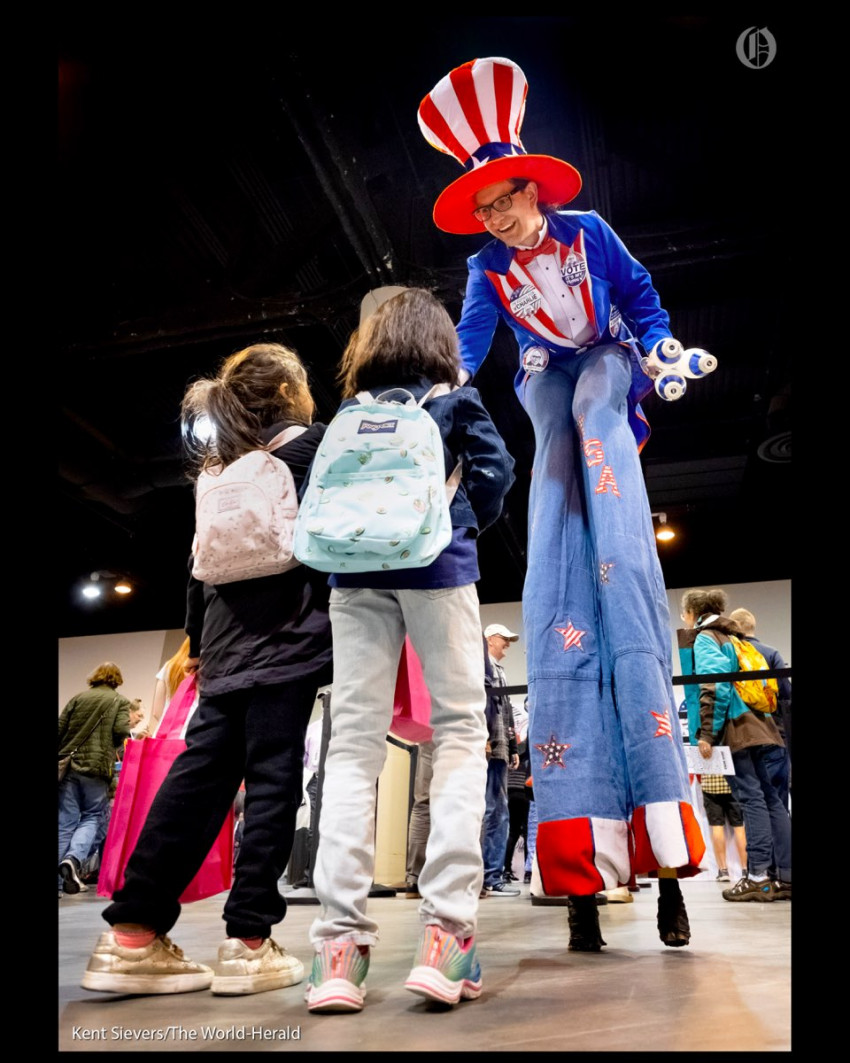 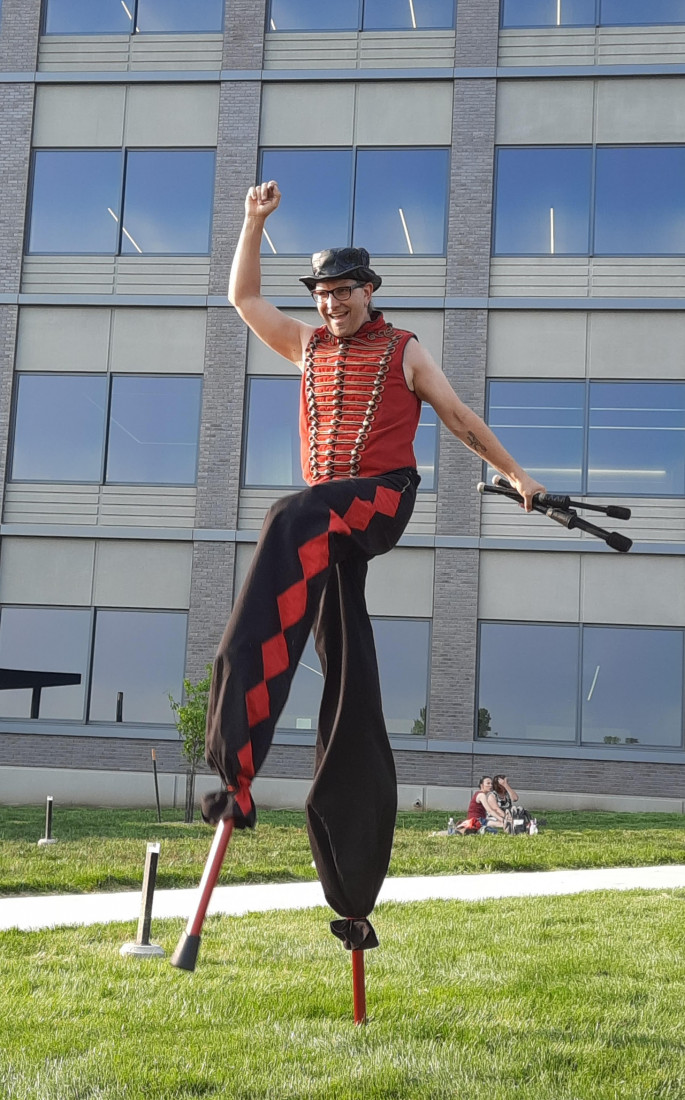 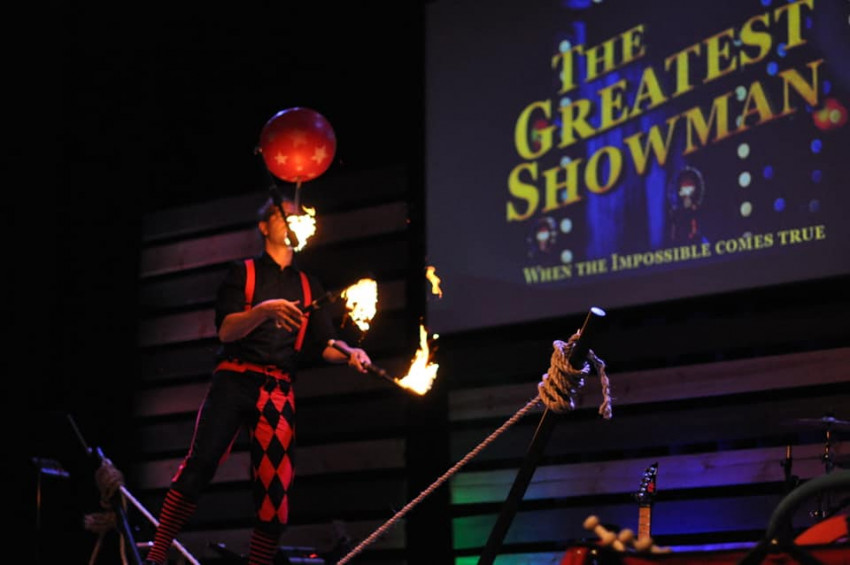 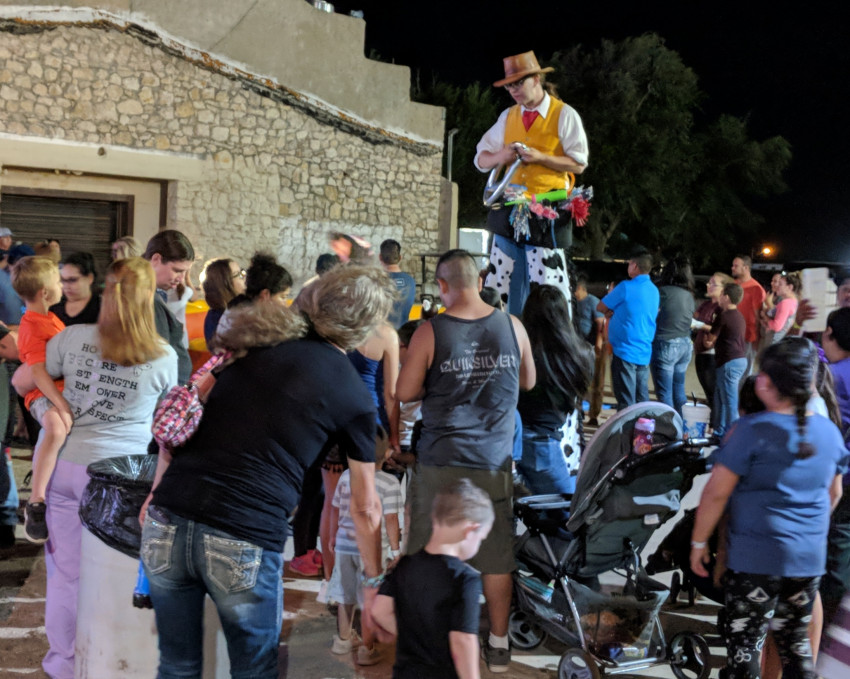 Balloons on Stilts as a Cowboy 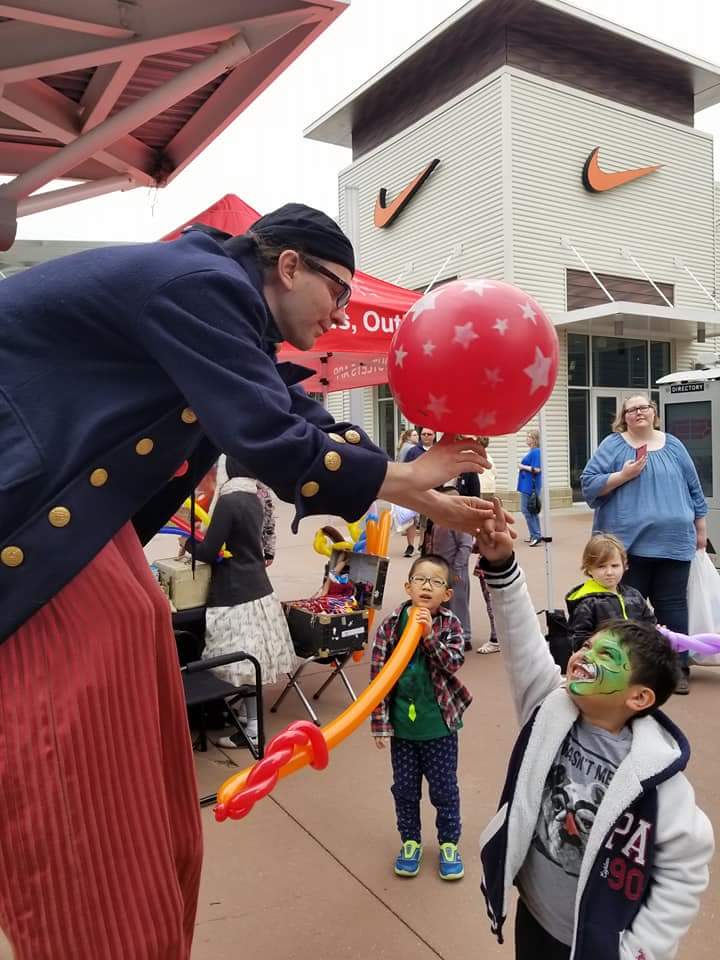 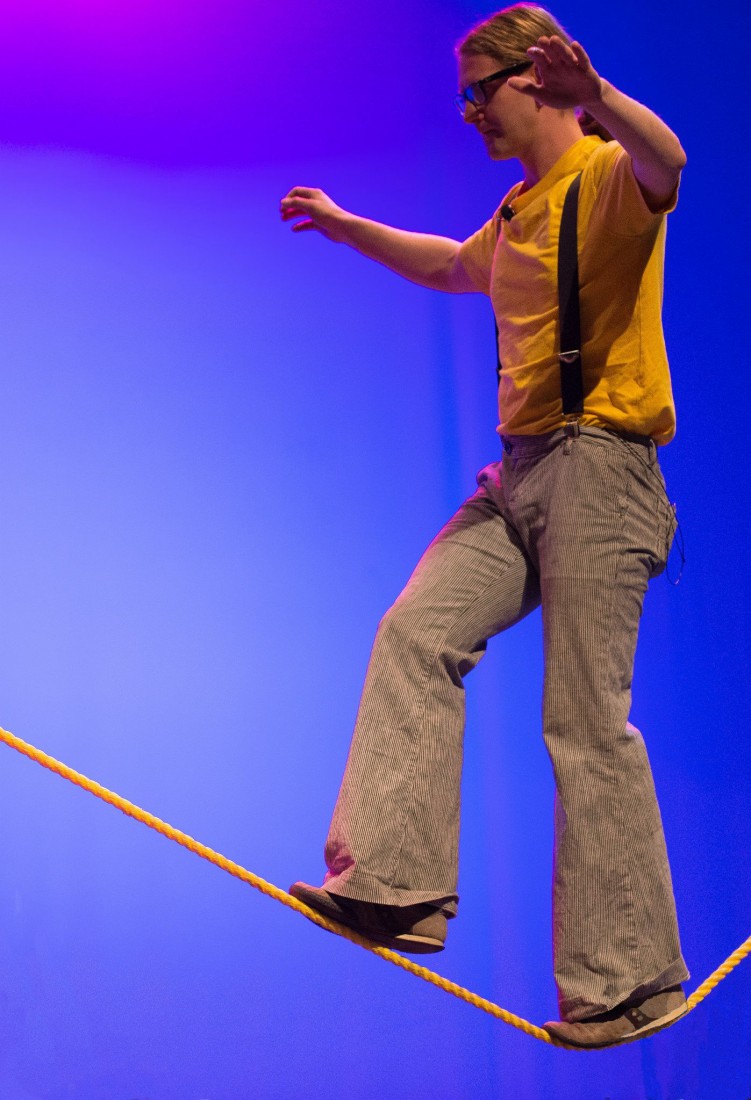 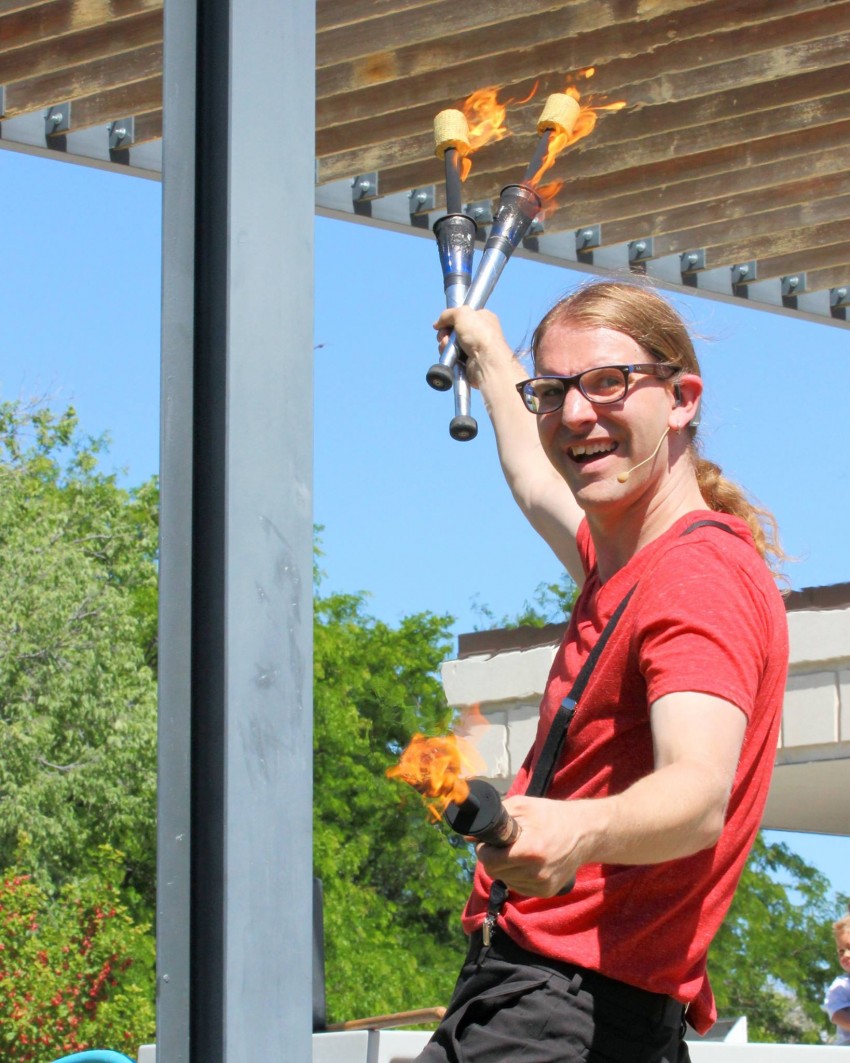 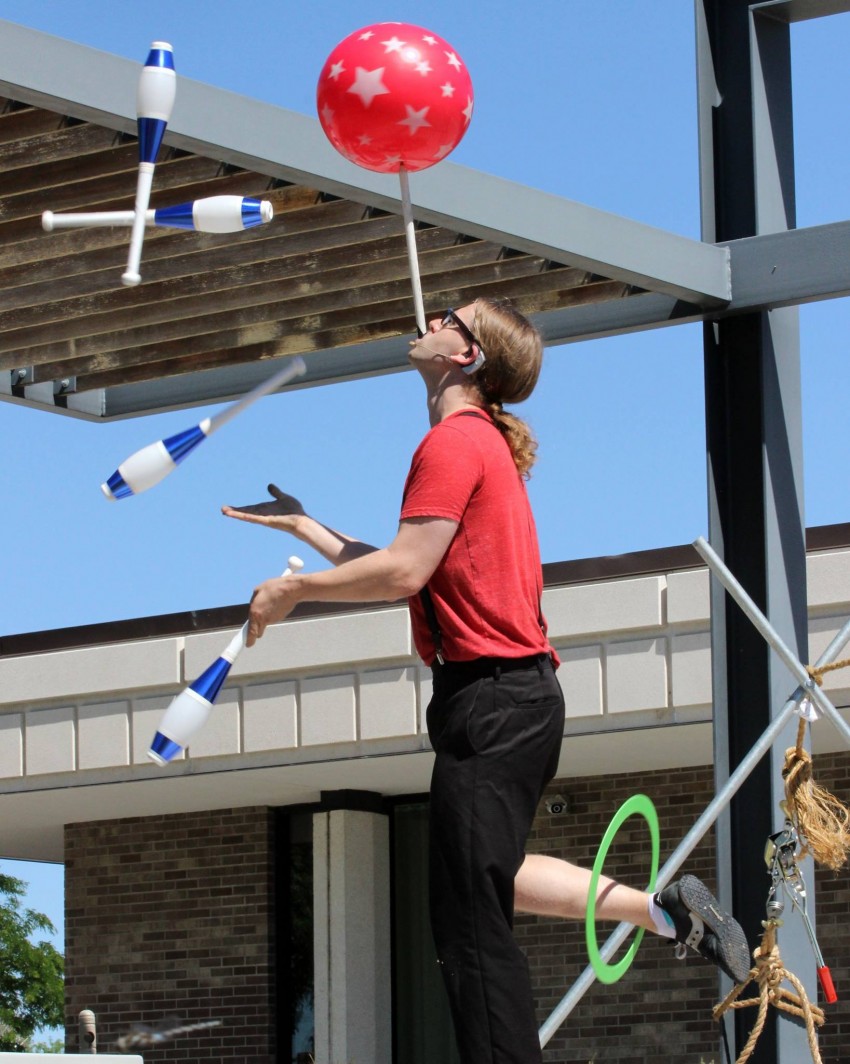 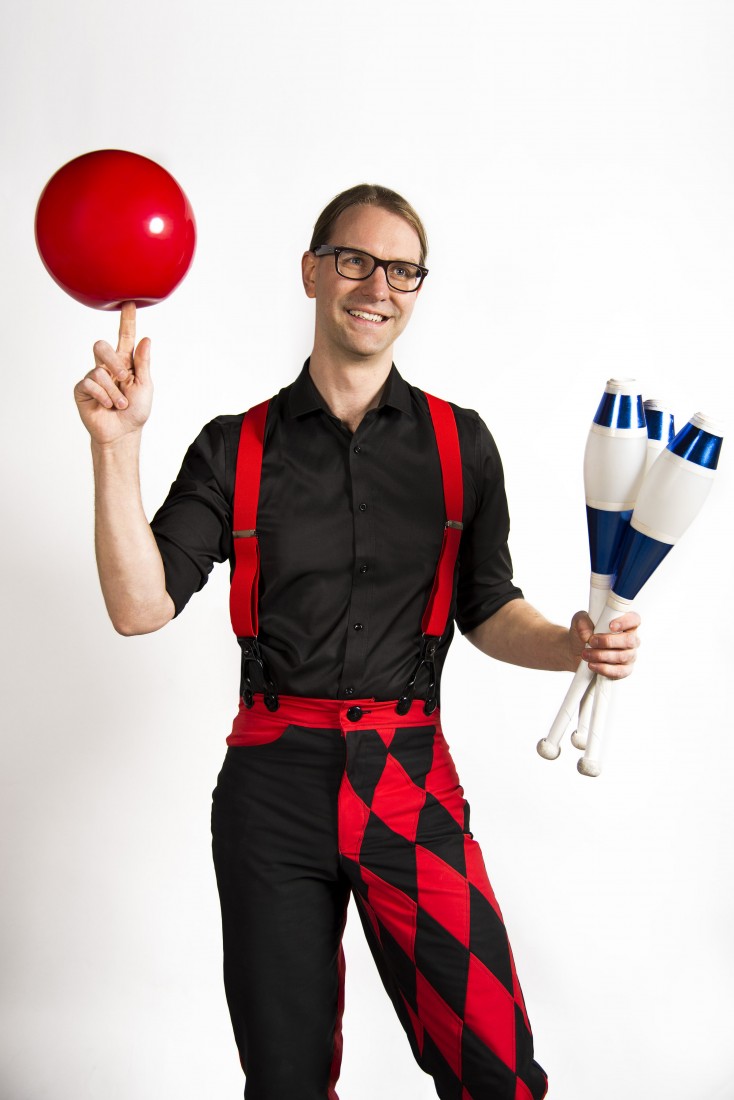 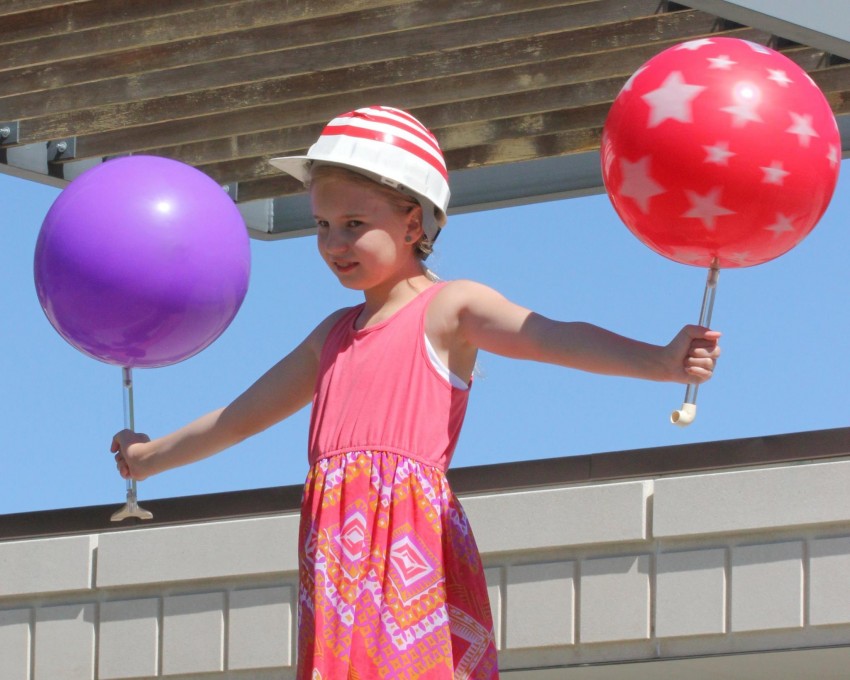 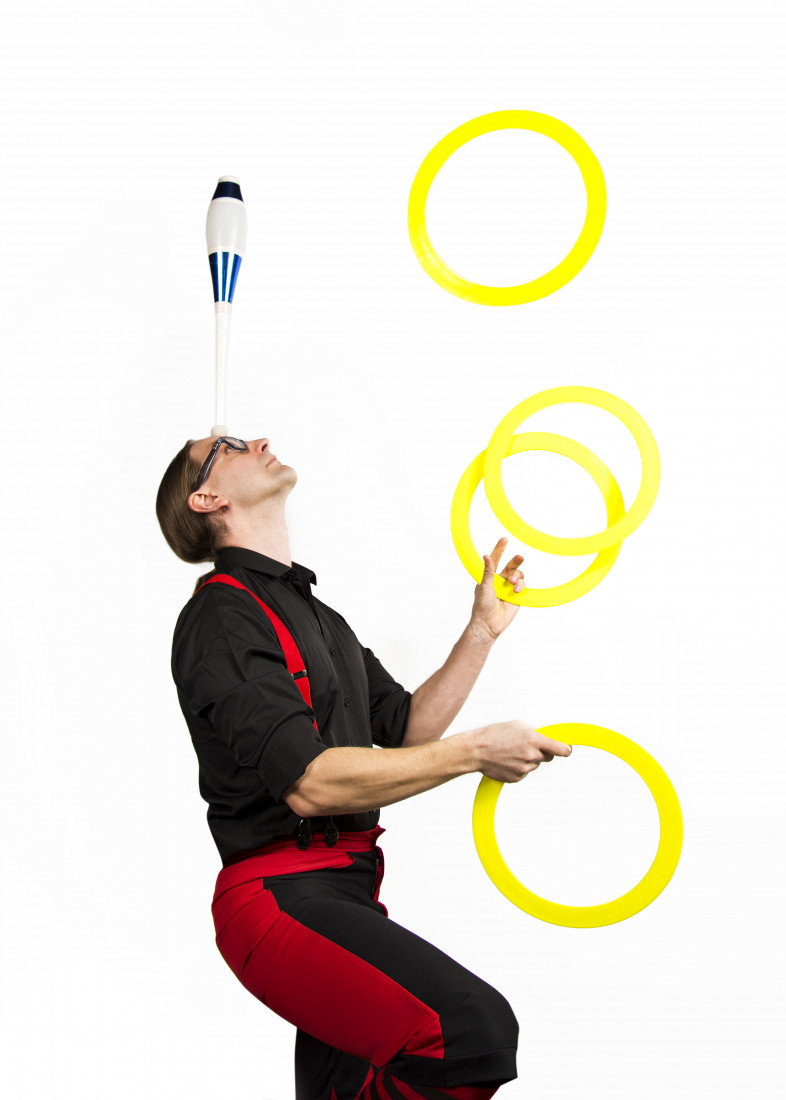 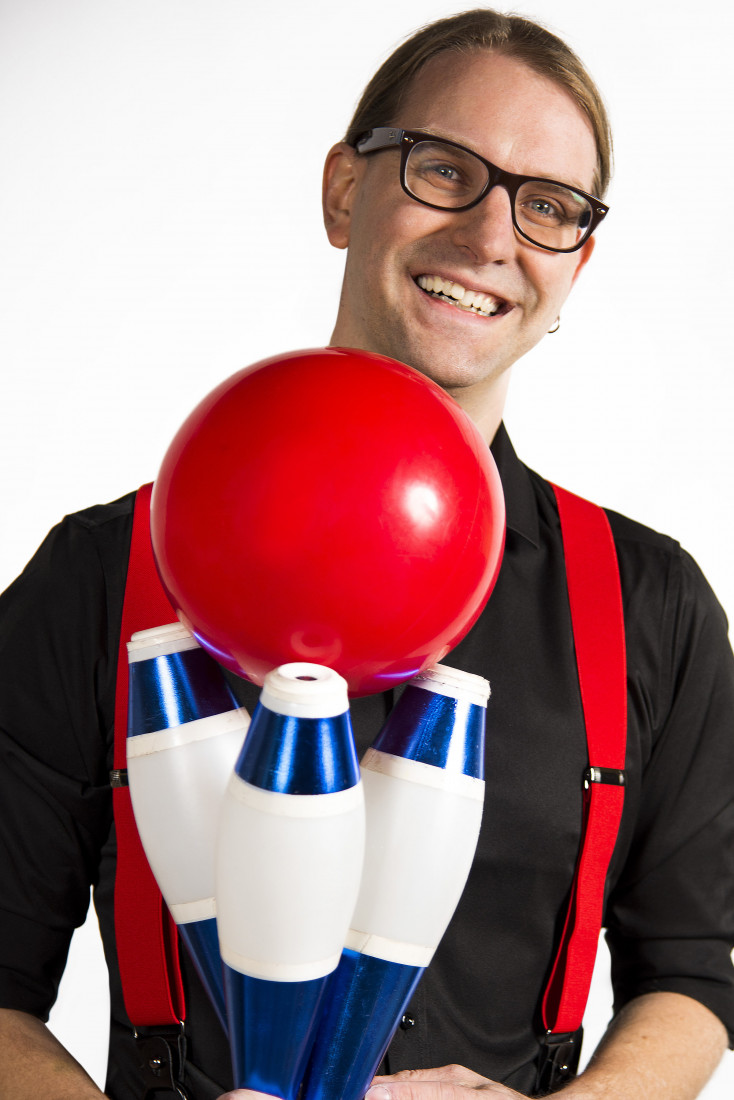 Are you looking for a fun, exciting performance that will leave both adults and children thrilled?
One of the Nation's top jugglers, Peter Brunette delights audiences with a mix of high energy fun, incredible feats of juggling, hilarious comedy, and death defying stunts. Whether walking on a tight rope, juggling more balls than you can count, or interacting with an audience volunteer, Peter’s show is a bound to impress and entertain.

Peter's unique style, fantastic sense of humor, and phenomenal talent make him the performer everyone will be talking about for years to come.

Peter performed for a crowd of over 400 at our park's annual Kids Weekend event. His performance was very entertaining and interactive. The kids, parents and grandparents in attendance all enjoyed the show. He was also very easy to work with. I would definitely have him back!

Peter did a fantastic job! Kids and adults alike loved his show. He really gets the audience involved. We plan on having him return for a repeat performance next year. Hire Peter, you won't be disappointed!

Peter performed for our Vacation Bible School in a tent in our church parking lot. 7 groups of 30-40 kids came to a show for 15 minutes each. The kids loved it and are still talking about the fire juggler and knives! Awesome talent and easy to work with! Worth every penny!

Our group really loved Poppin' Penelope! She was funny, charismatic, and made the most amazing balloon animals! I looked over a few times to see a line of kids waiting for their turn! She made things I have never seen before and it was a great experience. We will absolutely use her again in the future! Thanks for a wonderful time.

We had a socially distanced party in our driveway! The parents enjoyed his act as much as the kids! He was very professional and made sure to make my child’s birthday special! It certainly made the day feel a bit different and fun in this odd time.

Peter provided an entertaining show for all ages!

Would have him back anytime!

I can't give Peter enough accolades. After traveling a significant distance to our event, he arrived on time and set up his act quickly. And, despite having very limited room to work with (we may have overestimated the ceiling height!), he gave a terrific performance that was enjoyed by both the children and the adults. And he went above and beyond by braving the cold to perform his fire act, which everyone was delighted with. The fact that Peter is a really nice person was just a bonus! I highly recommend Peter for any occasion.

The kids liked him but seemed to me he made more then the normal number of mistakes. He performed for 40 minutes only. But he did stay afterwards and show a few of the kids some more of his stunts. He would be good for a kids only party.

Unfortunately, I was unable to perform the 45 minute Fire and Tight Rope walking show you hired me for because we were moved inside at the last second.

A dynamic, passionate performer, Peter Brunette has entertained thousands of children and adults in more than twenty years of performing. His shows delight audiences with a mix of high energy fun, incredible feats of juggling, hilarious comedy, and death defying stunts. Whether walking on a rope high above the ground, playing with fire, juggling more balls than you can count, or interacting with an audience volunteer, Peter’s show is a bound to impress and entertain.

Peter specializes in combining comedy with juggling, as well as modern reinterpretations of traditional circus juggling. He enjoys performing stunts that combine multiple types of juggling on different parts of the body at the same time, all while balancing on a balance board or slack rope. He also loves to impress audiences with his mesmerizing three ball juggling. And when that isn’t enough he will impress with fire and knife juggling!

A professional since his teens, juggling and entertaining has always been Peter’s passion. Peter fell in love with juggling at the tender age of five after seeing his father juggle three balls. He has described this as the most impactful moment of his life; even more important than when he first discovered velcro shoelaces.

Peter is a former teacher. He taught Science in Lost Angeles at Crenshaw High School, the school featured in the movie Boyz in the Hood. Later, Peter helped to make math fun by teaching math in Minnesota. Eventually he realized that it is easier to make juggling fun, and has been juggling full time ever since.

His hobbies include juggling, rope walking, danger, death defying, and baking bread. He has a daughter, a cat and a smart phone.