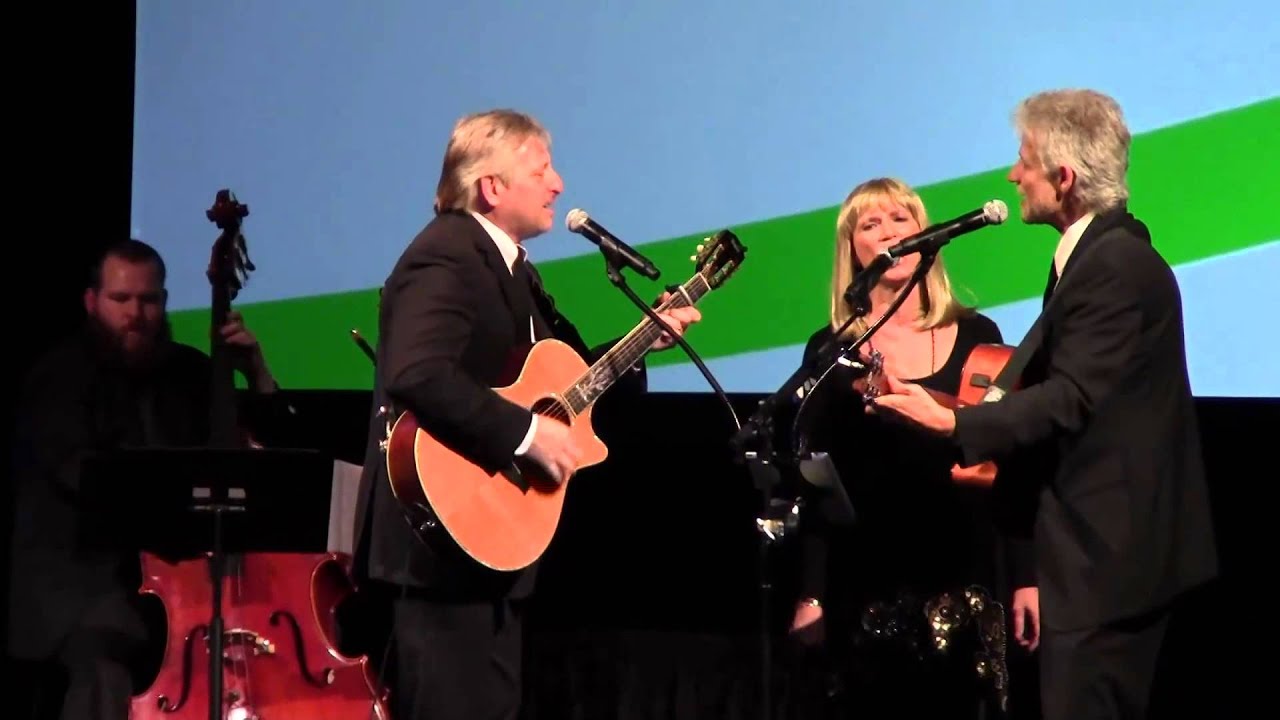 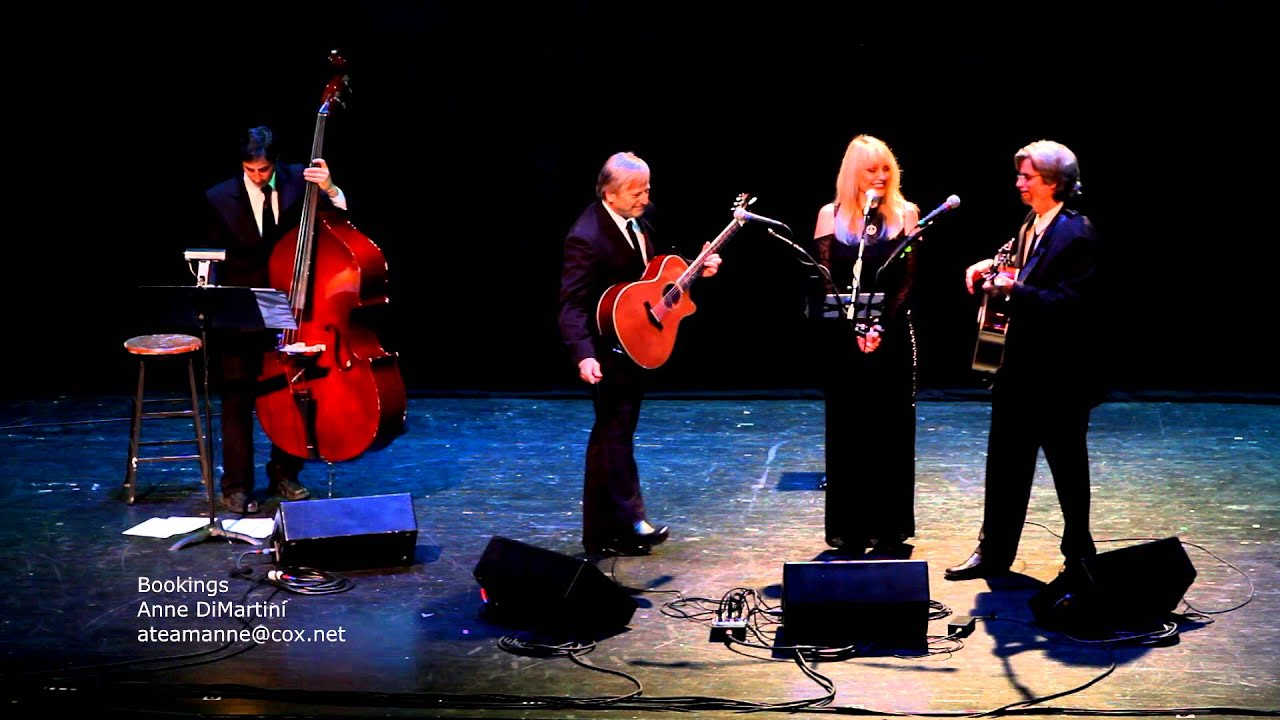 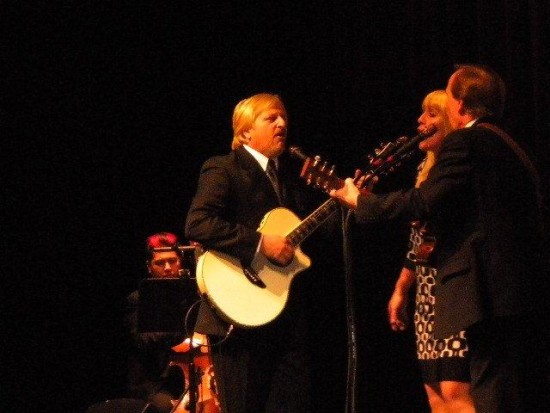 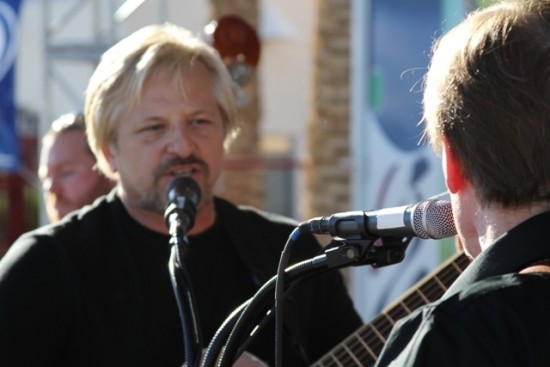 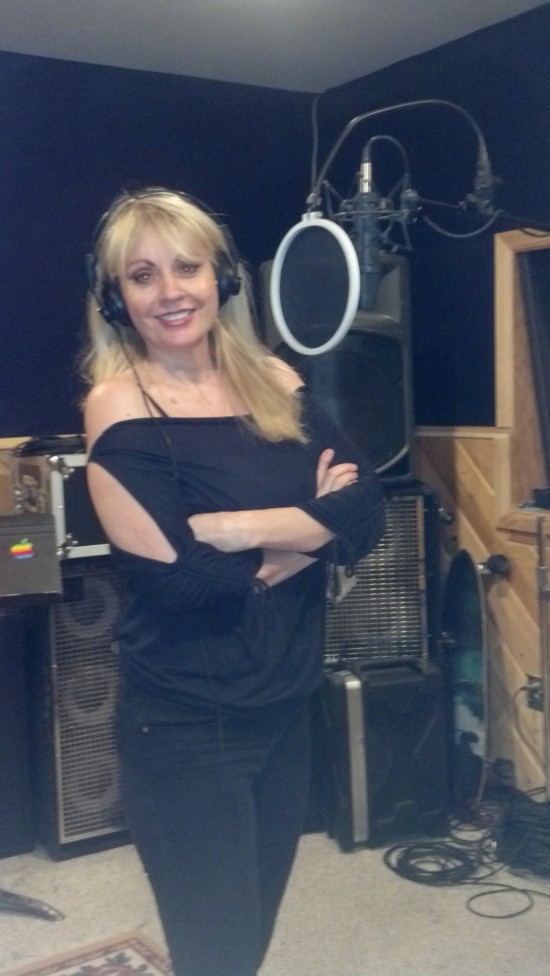 "PETER PAUL and MARY "NOW" is superior to all other Tribute Groups in America to honor Peter Paul and the "late" Mary Travers. You can hear them perform their greatest hits: If I Had A Hammer, Blowin' In The Wind, The Times They Are A'Changin', Jet Plane, Puff The Magic Dragon, 500 Miles, I Dig Rock & Roll Music, Lemon Tree, Right Field, Early in the Morning and so many more. The exciting instrumentation and tight vocal harmony's are as you remember them. Their music and message is as applicable to this generation as it was when they started their journey in 1962. Their performance is fun and enjoyable for the whole family! WE WILL TRAVEL THE GLOBE FOR YOUR EVENT!

Thank you so much Tom! This is so encouraging coming from such a power house person in the entertainment biz in Las Vegas. Working hard, nose to the grindstone for PERFECTION!

We had Peter Paul and Mary alive come to our church and do a show. I personally know a couple of the team members, and thought they would be decent. When the show was over I was left blown away at how good they sounded. A must see if you get the chance.
BG

The best to you Pastor Gallup!

More than just a "Tribute Band"!!!

These guys are all very talented musicians in their own right, but when you see them together as PP&M, you will be taken back to the 60's and entertained with every harmony and guitar lick they throw at you!
I have seen them twice since the Fall of 2011 and each time they get better and better in their performance and presentation. Whether or not you want to pretend they are the real thing, it doesn't really matter - the singing and instrumental sounds are very enjoyable and entertaining. Then when you look up and see how they interact with each other, they have it all down pat!!

Well done guys - I look forward to seeing you again soon! Maybe we can do a joint concert with my Doo Wop group (The Chaperones)!! ;^)

PP&M Alive at the Riviera Hotel

If you are a "boomer' and missed the 1960's, here's your chance to experience the legendary folk trio,"Peter, Paul & Mary" singing their many hits. I recently had the pleasure of attending a performance by a terrific tribute band, "PP & M Alive" at the Riviera Hotel's Cavern lounge. These dedicated musicians were spot-on in their songs. Close your eyes and you get transported back to the "Purple Onion" of the 60's. Catch this group the next time they perform in the Las Vegas area!

The first time I saw this awesome group was at the Nevada Wild Fest in October of 2011. The first thing out of my mouth (after their performance as I couldn't help but sing along with them) was "when is the next gig that I can catch you at'? I saw them again on Dec. 21, 2011 at a pub on the Strip. Not only do they have the most incredible sound, but it is like experiencing Peter, Paul and Mary all over again. I could never get tired of "enjoying" this group!

Excellent, will keep your attention through their show.

Peter is very professional, Paul is the funny jokster and just is his self. Mary has one of the most natural voices I have heard with great tone. All together they pack a powerful punch and give you actual feel of what Peter Paul and Mary were all about. Harmonies are right on and the sound is genuine with all the right acoustic tools and perfect flawless harmonies that must have taken hours to get perfect.

I would say the are worth the money to hire, but more than that, they will take you back in time to the 60s and 70s.

Price Range: Full concert $4,800 plus expenses or other options

We are equipped to give the full-concert experience with state-of-the-art sound equipment and instrumentation. We guarantee the best quality of performance along with the message that resonated back in the 60's until the present. We include selections that span all the decades with the same splendid intrumentation and vocal replication.

"PETER, PAUL and MARY "NOW" performs a "family friendly" concert for all venues from festivals, clubs, theaters, to private parties.
This unique group has universal appeal attracting all age groups since the time Peter, Paul and Mary first began in 1962.

"PETER" is sung and performed by "RICK LUCCHESI" .He has performed nationwide from Las Vegas Hotel/Casino stages to the Grand Ol' Opry in Nashville. Rick has opened for many Celebrity Entertainers and notable others! Rick also plays 6 instruments. Additionally, his talent is over the top on the guitar and vocals!

"MARY" is sung by PATTI SMITH LUCCHESI, a former child star who grew up singing the folk music she performs today in "PETER, PAUL and MARY "NOW" She has performed in many genres including ROUTE 66 a popular Las Vegas variety band, ROCKY TOP CAFE ( blue grass) HURRICANE (steel drum Island band) LAS VEGAS PHILHARMONIC CHOIR, BRAZOS RIVER BAND (Country music) as well as Musical Theater. Her complete list of performances is endless, She embodies the character and style of the late MARY TRAVERS and impresses all with the gift of her voice and personality. Her vocals are strong and beautiful. She has the clarity and youthfulness of the early Mary Travers. Watching her sing will captivate you by her unique interpretation.

"PAUL" is sung and performed by RAMIE TREY WARNER, a multi genre solo artist for many years performing with many Country Music Superstars. His father, AL WARNER II, was the band leader of the original WARNER BROS. BAND who recorded many tunes in the 1960s into the 80s. He has performed all over the world with the USO as well as 9 month tours of many Asian countries. RAMIE TREY commanded the STAGE at BOOMTOWN as the Showroom Balladeer which is now the SILVERTON HOTEL / CASINO at Las Vegas, NV.

We have the best of sound and lighting capability to present a performance of vocal and visual quality.

If I had a Hammer
The Times are Changing
Puff the Magic Dragon
Stewball
I Dig Rock and Roll Music
The First time Ever I Saw Your Face
500 Miles
Lemon Tree
Don't Think Twice, It's Alright
A Soalin'
This Land is Your Land
I'm Leaving On a Jet Plane
Early In the Morning
This Train
Go Tell It on the Mountain
If I Had My Way
Blowin' in the Wind
All My Trials
Jesus Met the Woman
Light One Candle
Come, Go with Me
Cruel War
Wedding Song
Morning Train
Kisses Sweeter Than Wine
That's What You Get For Loving Me
Very Last Day
Where Have All the Flowers Gone
When The Ship Comes In

Of course all performances by Peter Paul and Mary were of great quality and technique, however we are inspired by the messages during times of unrest in the country that offerred world-wide consideration for tolerance and love.