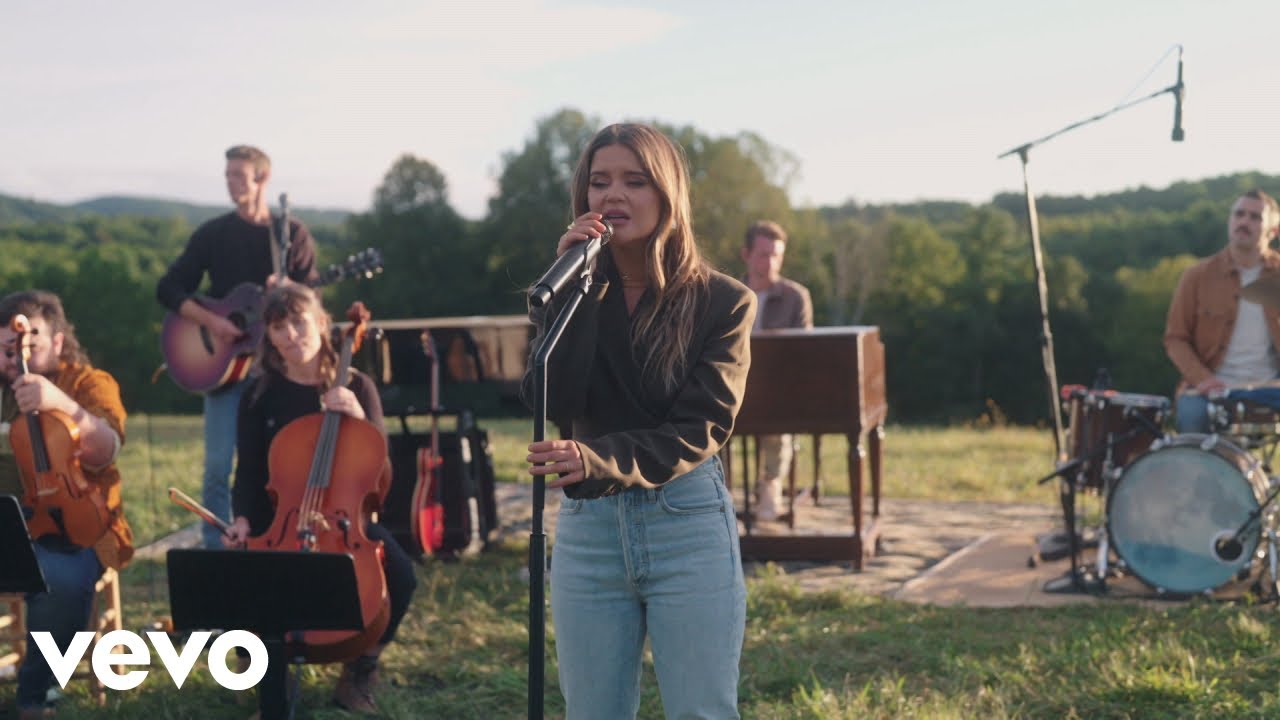 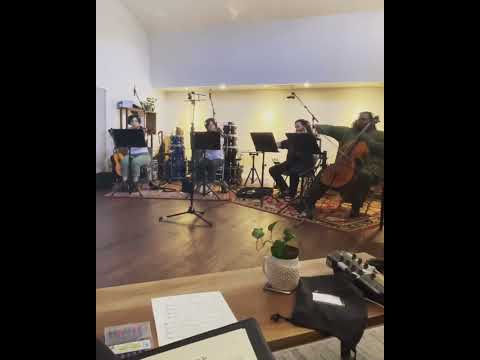 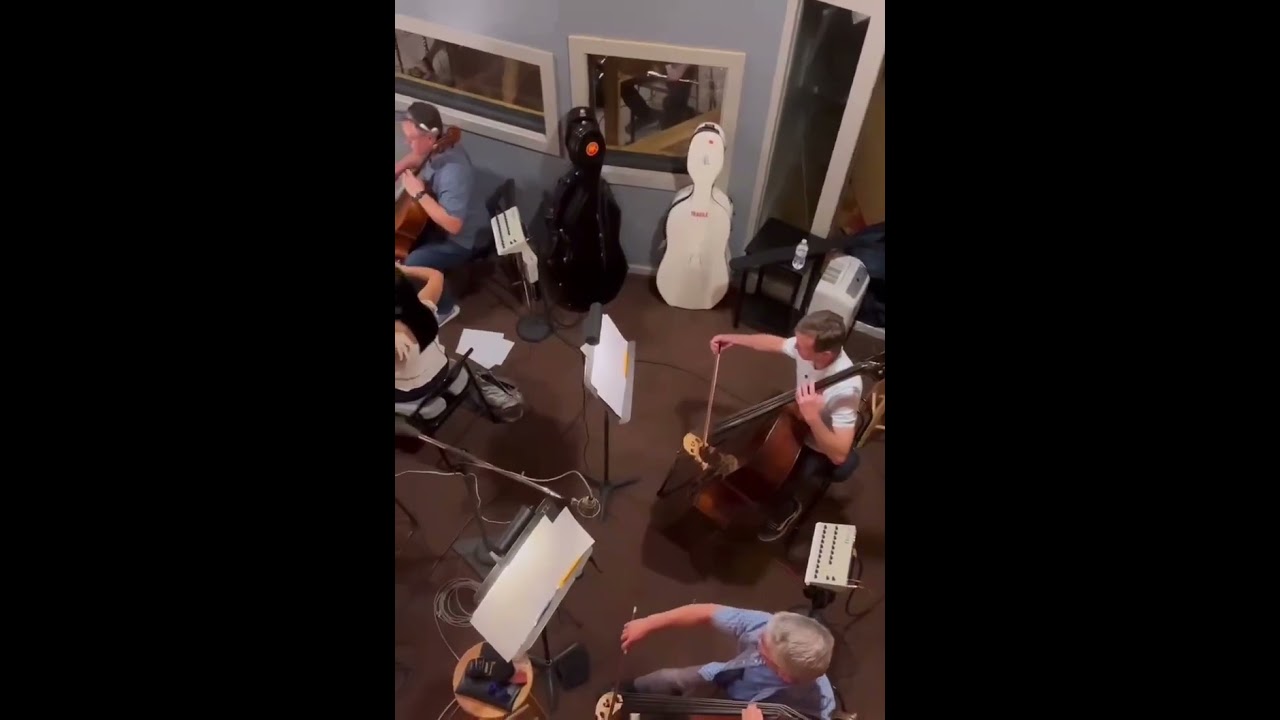 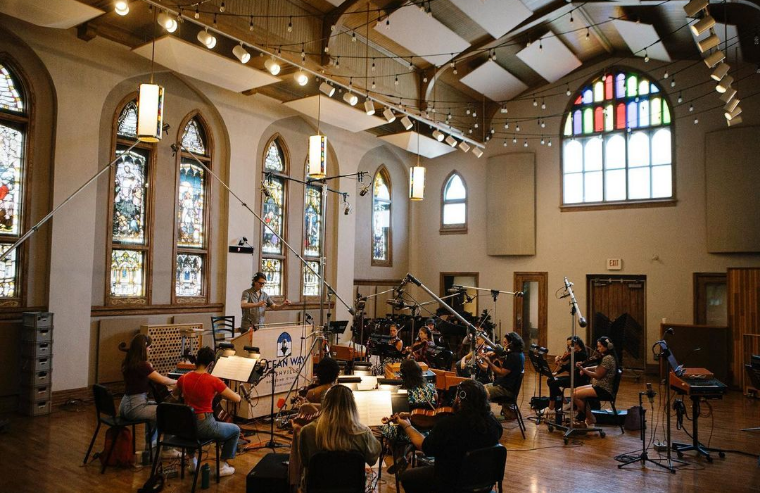 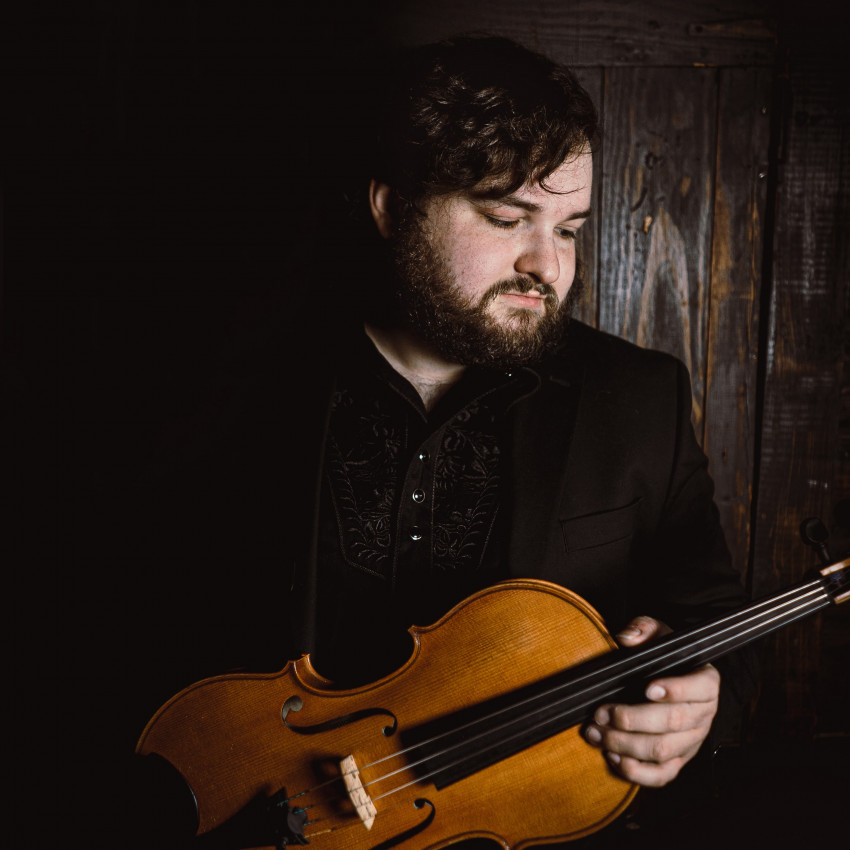 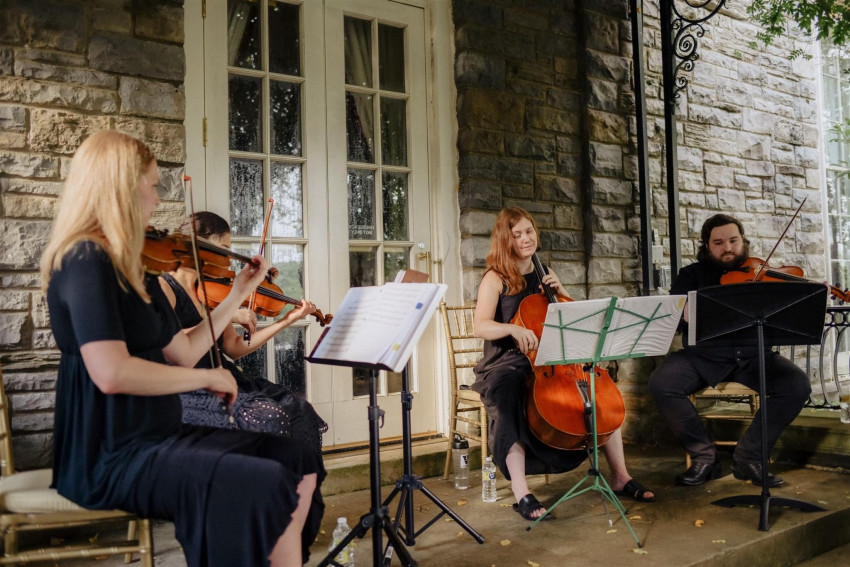 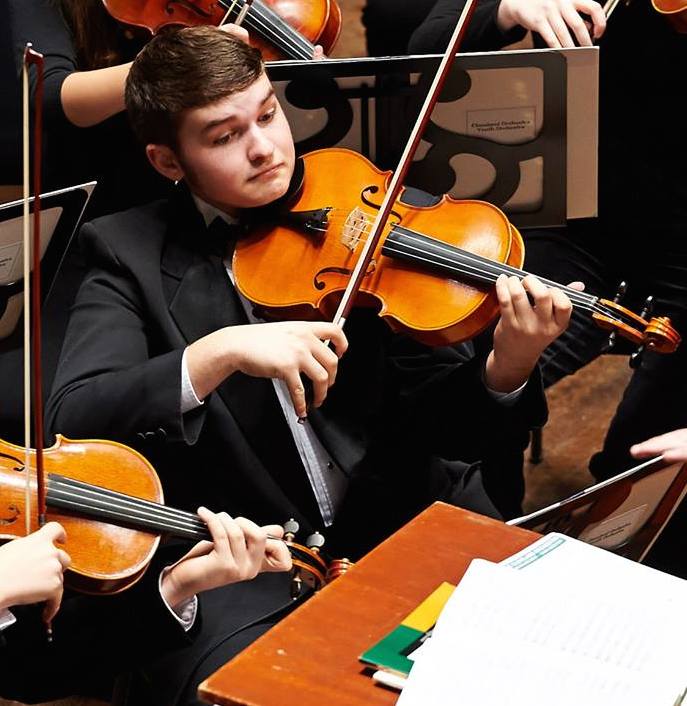 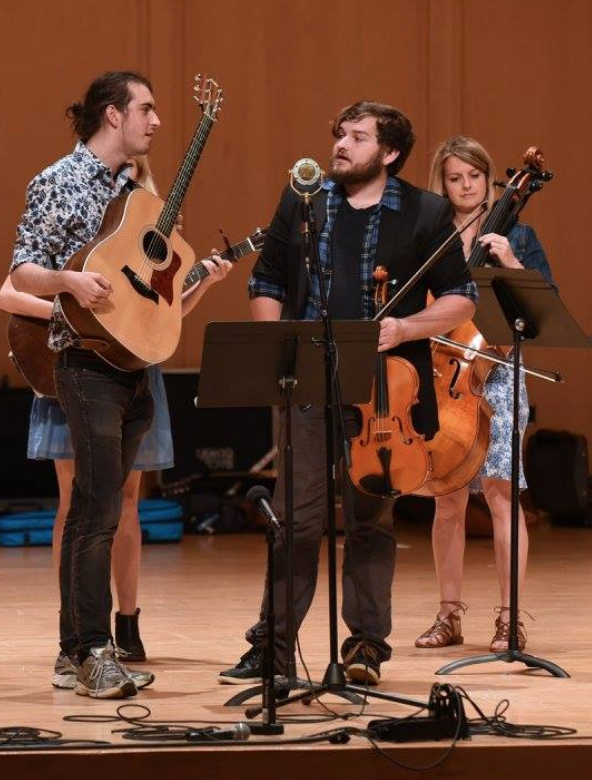 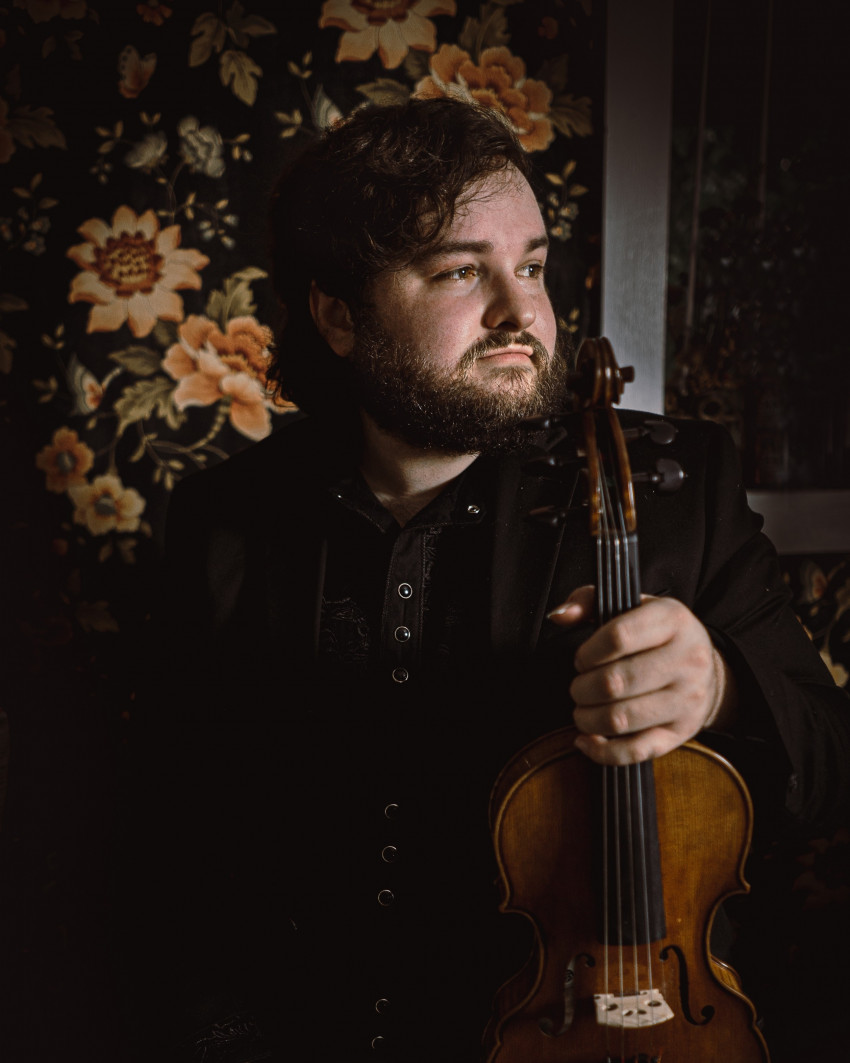 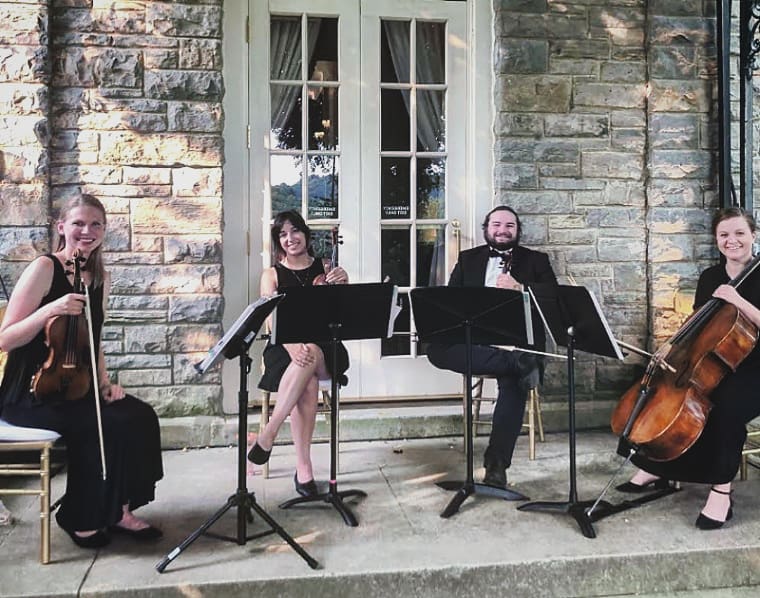 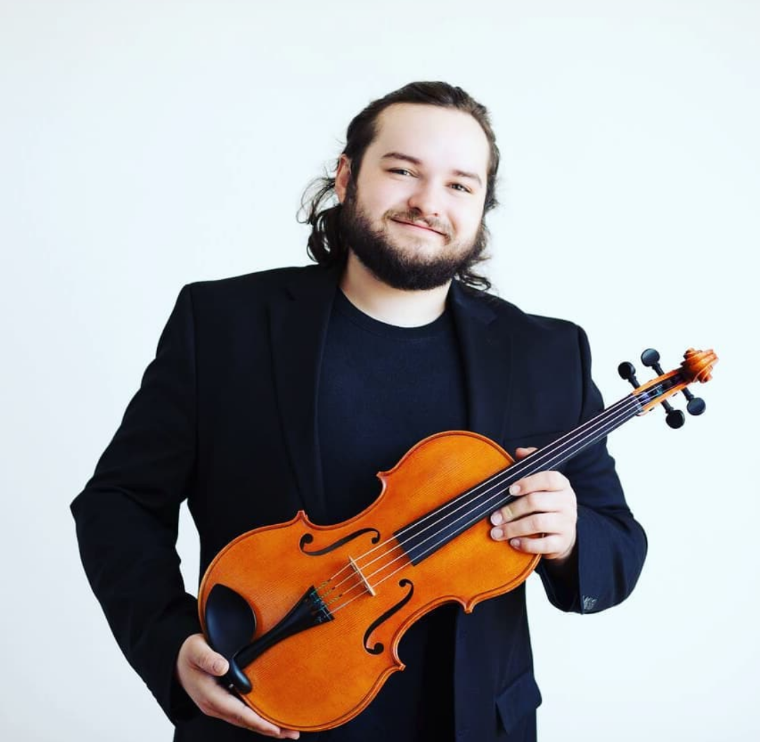 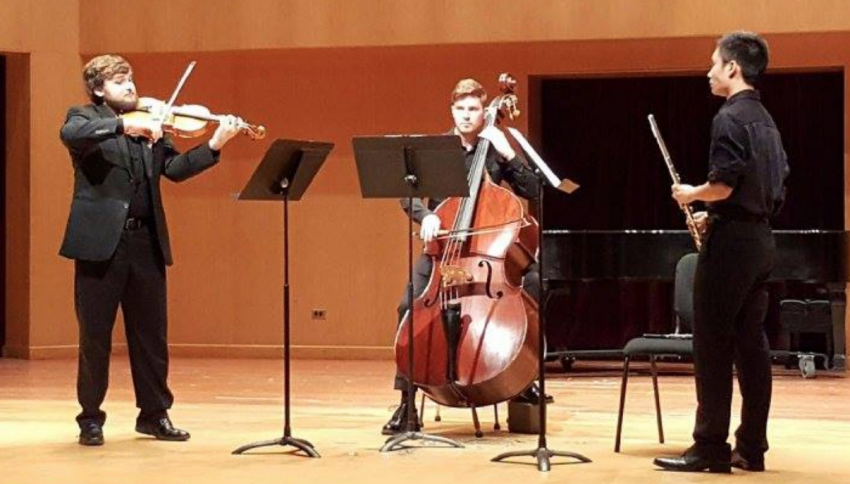 I am a multi-faceted string player located in Nashville, TN. Among the instruments I play are violin, viola, octave-violin, guitar, and keys. A benefit from working with me is definitely my versatility and willingness to fit whatever your needs may be! Whether you need to find a quartet to make your wedding extra special, some background music at a party, or a stand in violin or fiddle player for your bands gig or recording session I will do my best to deliver and make sure to satisfy everyone who hears my playing. I am available for live and studio work as well as remote string arranging and tracking.

Wow 🤩 what a great evening! Booked Patrick play a birthday celebration for a special lady(30+Years Cellist for the Shoals Symphony). I gave him general direction and he: was on time and set up a cozy corner of the venue; selected the music base on my general directions; emailed me samples of the pieces; upon arrival worked well with venue (Gunrunner Bar: Florence, AL); explained and set up each piece during the performance ; even printed up programs! He carried on detailed music conversations with the birthday girl, the played additional 3 pieces. Way, way exceeded all my expectations!! You should hire this guy, he is an top notch professional!!

Thank you so much for working with me! I had such a great time working with you. It was an incredible pleasure meeting and performing for you both!

Patrick is easy to work with and played beautifully at my wedding. I received a lot of compliments on his performance during my wedding ceremony and cocktail hour. I am so happy I booked with him! Book with Patrick and you will not be disappointed!

Thank you so much for having me and for the kind review! It was such a beautiful ceremony and it was a pleasure working with you. Best of luck to you both!

I booked Patrick for a last minute event I was hosting he was the highlight of the evening!
Patrick not only provided beautiful music, but was a pleasure to work with! I wasn’t sure what kind of music or songs I wanted played at my dinner, but Patrick was very patience and easily communicated what kind of music he could provide and I couldn’t have been happier with the selection. He played a variety of classical and pop music for my party, and all my guests loved him. Incredibly professional and I hope to hire him again. Responded very quickly to all of my questions, and provided an evening of fantastic music at short notice.

Thank you so much for the review, Sarah! I had such a pleasant time working with you and am so glad I got to be a part of this special night. I hope I have the chance to work with you again!

Patrick played for my wedding as part of a string trio he organized. He was familiar with all the pieces I wanted played, and was very quick to respond to my messages. The trio showed up right on time, were nicely dressed, and played beautifully. I couldn’t have asked for a better experience! Highly recommend!

Patrick was amazing and openly communicated throughout our entire wedding process. Having a violinist at our wedding was a sentimental way for us to celebrate. We had to reschedule due to Covid, and he worked with us when we had to change the date. He was able to play our requests without any issues. He was also very affordable and reliable. It was also very hot and humid that day, and he was a champ. I highly recommend Patrick for any event.

I booked Patrick for a surprise picnic date for my girlfriend. He was fantastic!! He went above and beyond. Had a wonderful selection of music available to play. He even gave suggestions on the place and time. He showed up early and was extremely professional. He was clear and quick responding. HIGHLY RECOMMEND!!!

Perfect musician for a perfect day

FOB here! Patrick did a phenomenal job. Our guests were raving about the ceremony and how well he did. Communication was great and be never said “no, I can’t do that”. Don’t hesitate to book Patrick. You won’t be disappointed.

Patrick was wonderful! He communicated well with us before the event, arrived on time and played beautiful music at our daughter’s wedding. He even sent a kind note afterwards. We were so happy with him and his professionalism!

Thank you so much for having me, Naomi! You were an absolute pleasure to work with and from what I saw, it turned out to be an incredible day. Congrats to you and everyone else involved!

Was the perfect touch to the most perfect day! I gave him some creative space because I didn’t know what I wanted except to walk down the aisle to... and it couldn’t have been better! Literally so happy. Definitely book him!

We hired Patrick to play for our wedding ceremony. I didn't get to meet him in person, but he was nice and friendly when we chatted on the phone. He was even able to play a certain song we wanted for the processional. He was on time and played beautifully. All my guest said he was great. Made my ceremony extra special.

Thank you so much for having me, Rachel! It was such a beautiful ceremony and I'm honored to have been a part of it. Best of wishes for you both!

Played for my wife’s 50th Birthday

Took our Dinner party up to another notch! Played all the songs I requested. Highly recommend Him!

Patrick was absolutely amazing! I had a certain song I wanted played for my wedding ceremony and he learned and played it so well! It was beautiful and everyone absolutely loved it!

Patrick and his trio did a wonderful job at our wedding. They played beautiful classical music for our ceremony and even played fun music for our grandkids. It's not every day you hear a string trio play "Baby Got Back"! They made the evening both elegant and fun. We will definitely hire him again!

Thanks so much for doing and playing exactly as promised. You did an amazing job, Patrick! What a talent you have!!!

Thank you so much for having me, Michelle! It was such a pleasure to work with you and your daughter. Congratulations again to Madison, yourself, and everyone else involved!

Patrick was very professional and amazing.

Patrick not only is a wonderful violinist, guitarist and vocalist he is a very dependable and caring person.
He made a 1 1/2 hour trip to my daughter's wedding venue several months ahead of time. He played some at that visit. It was beautiful!! Not only was he scheduled to play the violin during the wedding ceremony, he put together a medley of songs to play and sing for the reception dances. He always responded promptly to my e-mails, phone calls and texts.
Unfortunately the wedding date had to be postponed. However, we really hope Patrick will be available when the new date is set. He is the perfect person for the event!

Patrick's playing completed the vision we had for our day. I highly recommend!

You can expect a musician that is fully prepared and ready to satisfy his customers! I am committed to giving everyone an enjoyable time and sharing my passion and love for music with others. I am also dedicated to being as professional and reliable as possible. I understand how stressful it can be to plan events and concerts so I strive to make my part as effortless as possible!

Violist and Violinist Patrick Monnius enjoys a varied musical career in solo, chamber, orchestral, folk, bluegrass, and country music. As a recent graduate of the Oberlin Conservatory of Music, Patrick studied under the tutelage of Peter Slowik and participated in master classes with Jennifer Koh, the Brentano String Quartet, and Robert Vernon, among others. He regularly plays with orchestras in the greater Nashville area, including the Memphis Symphony Orchestra, Orchestra Kentucky Bowling Green, the Evansville Philharmonic, the Jackson Symphony Orchestra and others.

Among his accolades, Patrick received the first place Donald Crossley Memorial Prize from the 2014 Ohio Viola Society Competition, and is the recipient of Baldwin Wallace Conservatory's Outstanding Senior Award and the David Statler Walker Award in Music Education. He has preformed in venues ranging from Carnegie Hall in New York, NY and Severance Hall in Cleveland, OH to The Station Inn in Nashville, TN and The Beachland Ballroom in Cleveland, OH.

I typically do not require any specific lighting, staging, or sound. If sound amplification is desired, I have my own equipment that I can bring with me!

There are quite a few people that have inspired me musically! Some of the classical musicians include William Primrose, Tabea Zimmerman, Robert Vernon, and Karen Tuttle. Outside of classical music I draw inspiration from Natalie MacMaster, Leahy, Buddy Spicher, Greta Morgan, Jenny Lewis, Jonathan Rice, Neko Case, Aerosmith, Patsy Cline, George Strait, Alan Jackson, The Steeldrivers and many others.

From a simple chair to full-blown stage and lighting, there are certain configurations and needs that many performers and service providers require in order to provide the best possible experience at your event.

Please check with me in order to determine what the setup requirements will be.