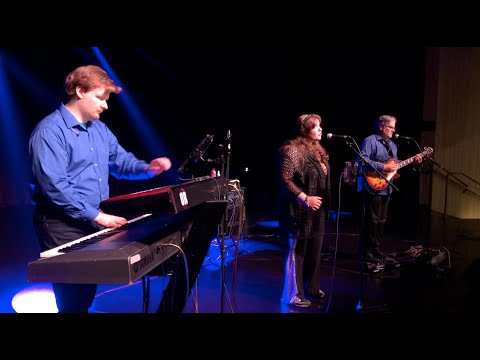 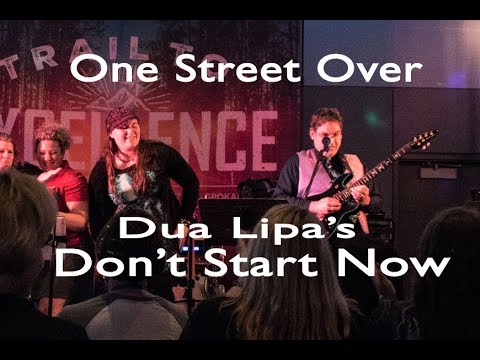 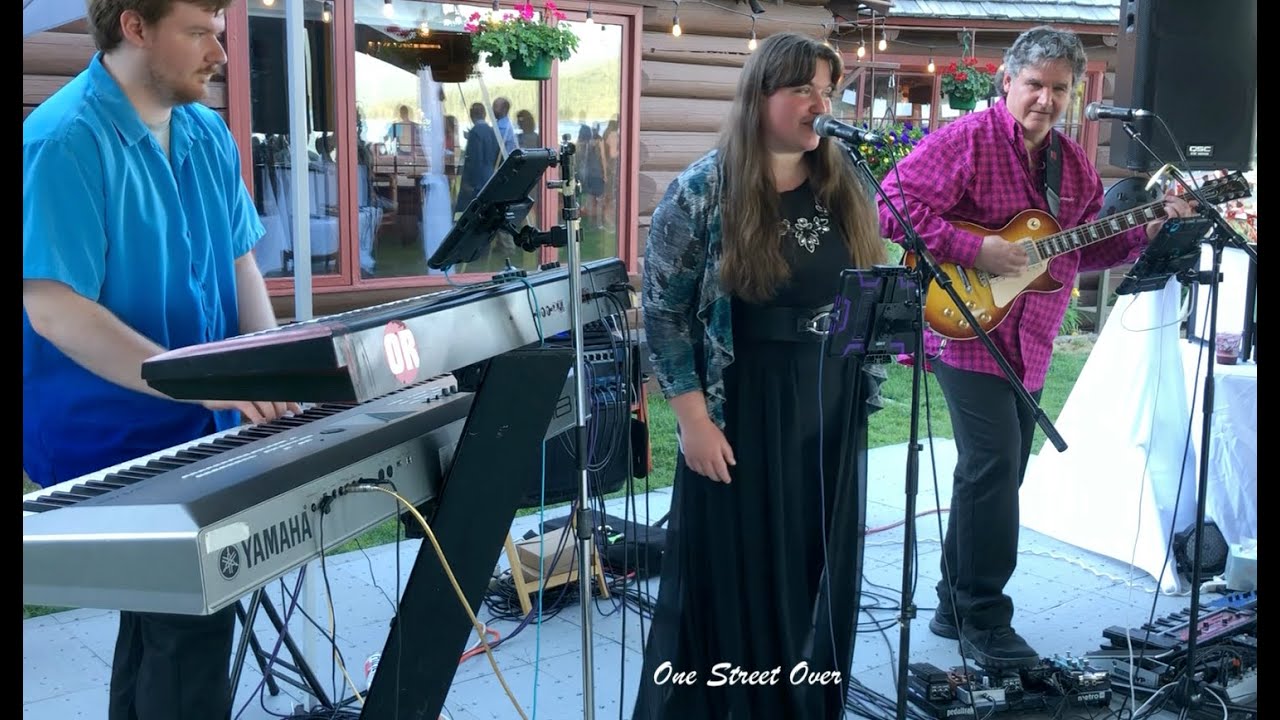 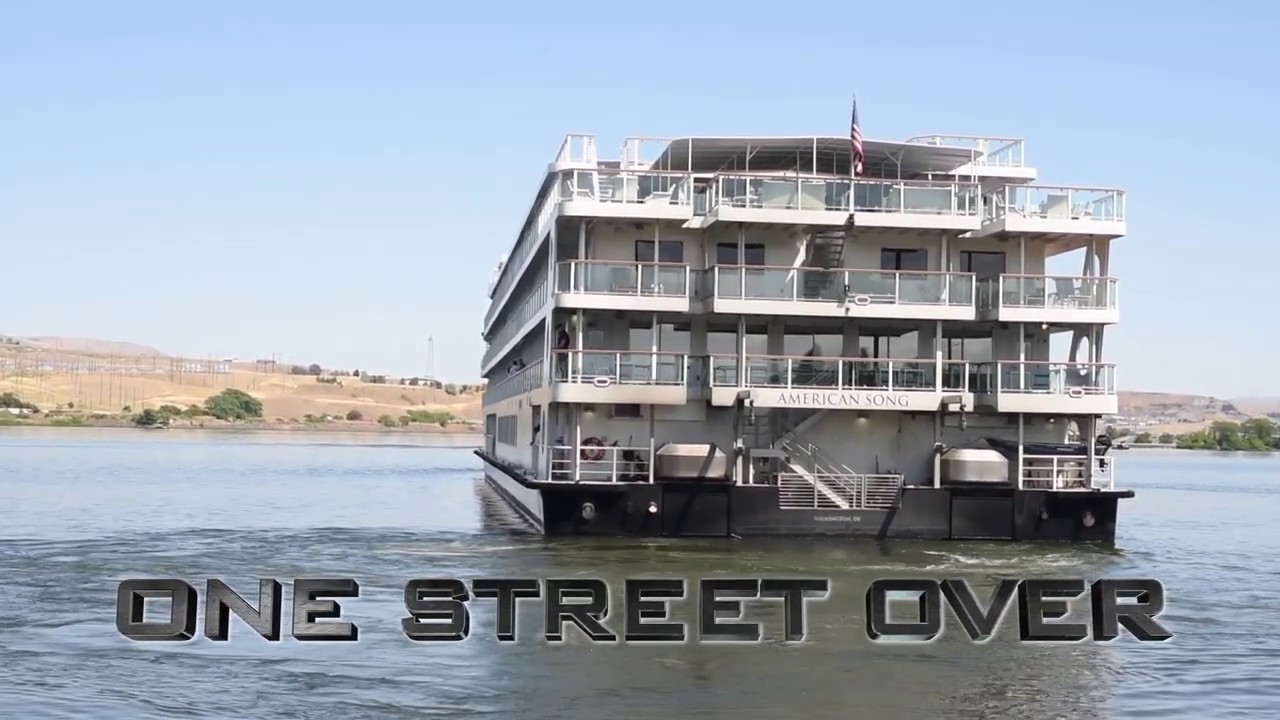 My Heart Will Go On - OSO LIVE! 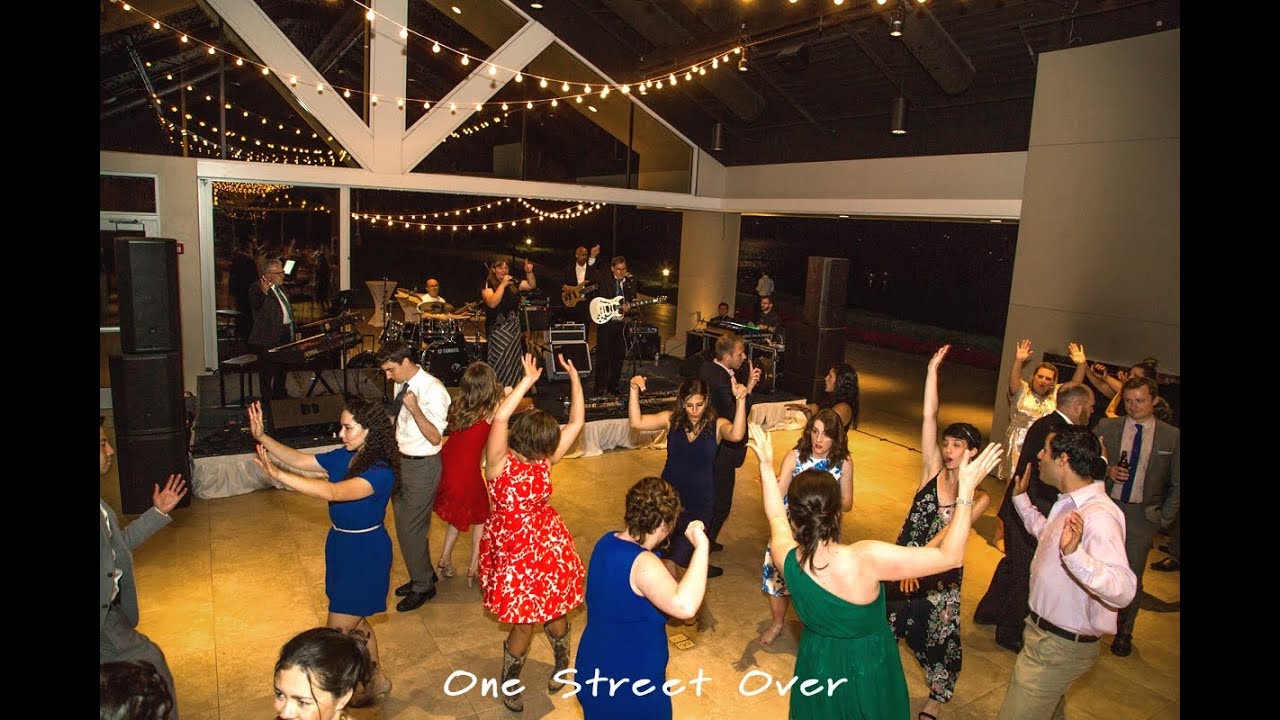 One Street Over at a Wedding Reception

The One Street Over Trio LIVE August, 2021 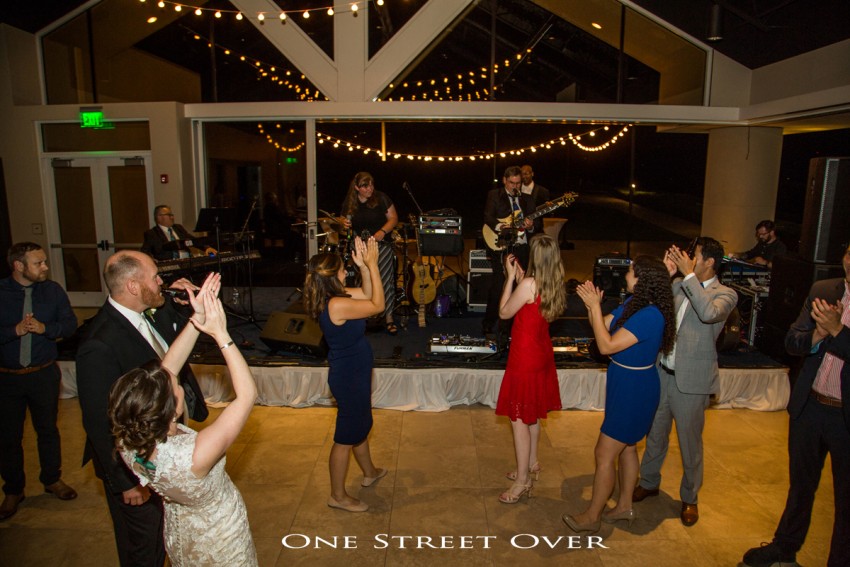 One Street Over performing for a wedding reception 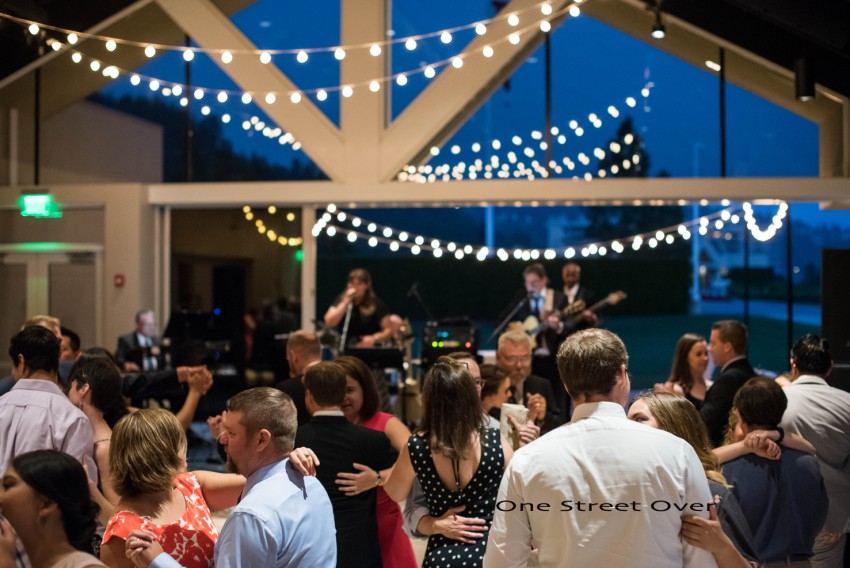 One Street Over can pack the dance floor! 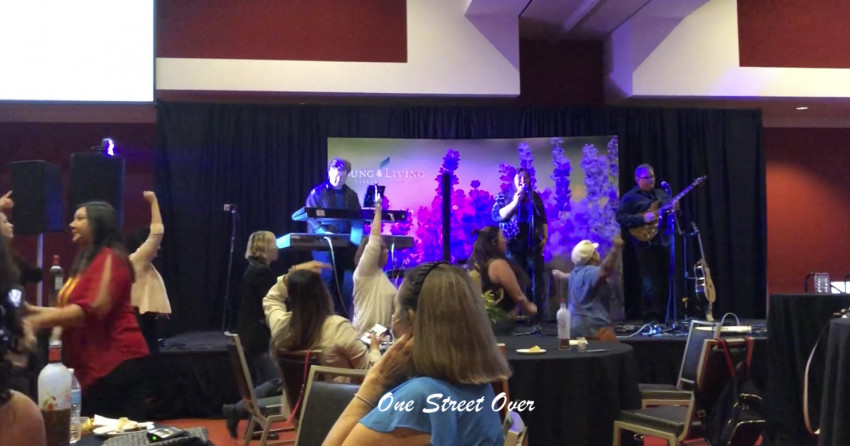 OSO at a corporate event August 2021 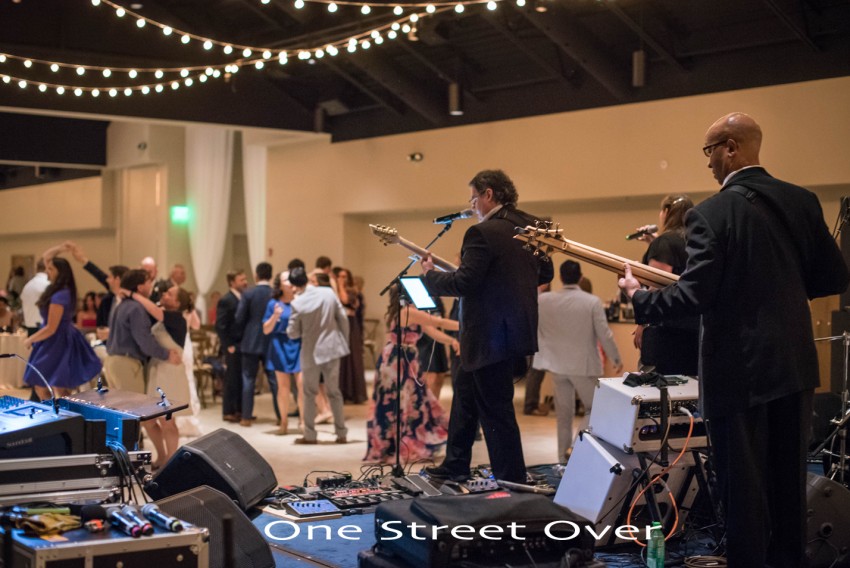 One Street Over, always a class act

One Street Over Acoustic Duo at a winery 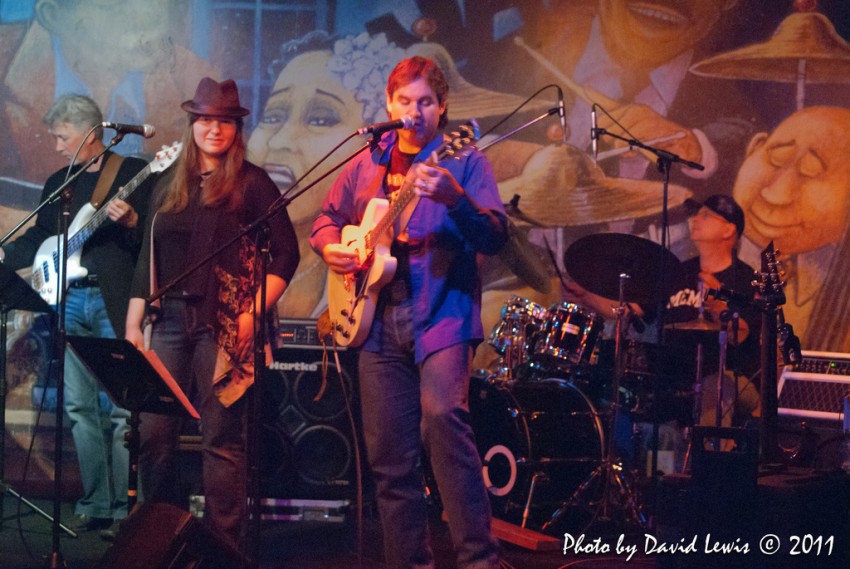 One Street Over Playing the Blues 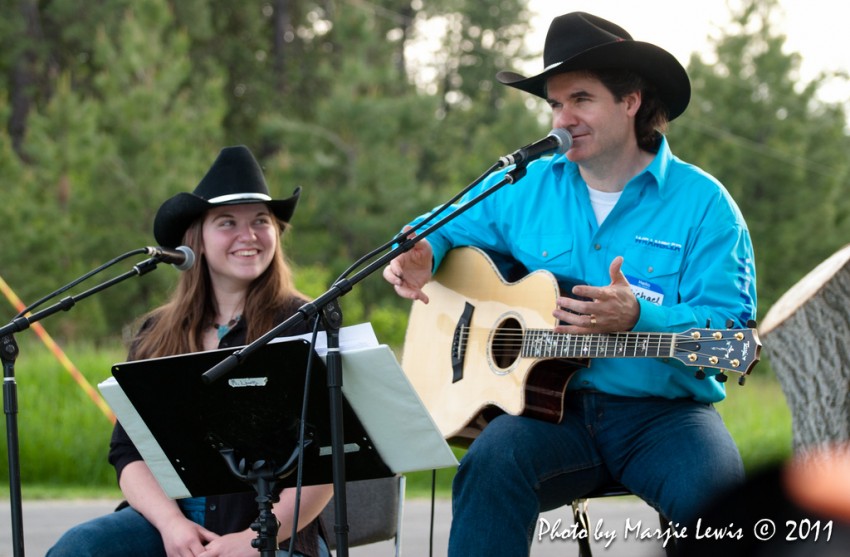 Five Star rated One Street Over is one of the Northwest region's best musical acts offering several packages for all kinds of events. An acoustic or electric duo, Power trio (our most popular) or our full 5 piece band! OSO plays hit songs covering decades of music. The band is fronted by former Nashville artists Bridgette and Michael Lewis who have gathered some of the most reputable players in the Northwest for their band. The highly acclaimed duo is more than just guitar and voice and is invited back to every venue it plays. Check out the music videos covering a wide range of styles. Serious performers, serious talent! Hire OSO for your next event, you'll be glad you did!

One Street Over IS Awesome!

Everyone attending the family event said they were great! Michael Lewis is cool and easy to work with. You will be glad you booked them!

Hi Paul, thanks again for booking the band. I'm sorry you weren't able to be there but I'm glad your family enjoyed it, we enjoyed meeting all of them as well. We hope to meet you at some point, it was great working with you! All the best! OSO

THEY ROCKED THE "THILL" WEDDING

I booked these 2 , 3 yrs in advance from Troy Montana. I lost my 1st husband I married & was also pregnant w/our 1st & Only Daughter with @ same time , when we were only 16 yrs. old. He was only 48 & died of Asbestosis of the Lungs/heart, 5 yrs ago. Then almost 3 yrs ago now I lost my only Daughter Julie. She is my everything!!! I Married another man 2 months before she was killed in her car accident. She started this dream wedding for me, I am 51 now & never had the white dress & wedding cake etc. & SHE wanted that for her MOMMA. She started buying people's leftovers from their wedding's & when she passed away in 2 months 😔😢 I continued for 3 years until our date.
7/17/2020. These GUY'S WERE WORTH MORE THAN WHAT I PAID THEM !!! WE HAD A WIND , RAIN, DUST STORM & THESE TWO WERE AWSOME ABOUT IT!!! THEY WAITED IT OUT & THEN PLAYED THEIR HEARTS OUT 💙💜💚. EVERY & I MEAN EVERY PERSON AT OUR PARTY "ABSOLUTELY" LOVED THEIR MUSIC. WE WERE ALL JUST AMAZED AT HOW WELL THEY SOUNDED & COULD SING!! WHEN I WAS PICKING OUT MY SONGS FOR MY WEDDING, THEY WERE SOO...
HELPFUL ALSO , LETTING ME KNOW, ONES THAT PEOPLE LIKE & DISLIKE TO DANCE TO, VERY MUCH APPRECIATED. I PICKED THE SONG WOMAN IN A BLACK DRESS , TO BE PLAYED AS THE SONG WHEN WE WERE WALKING BACK AFTER WE WERE DONE SAYING OUR VOWS. THEY WERE "AWSOME", INSTEAD OF THE "BLACK DRESS " THEY CHANGED IT TO "WOMAN IN A WHITE DRESS" THE PEOPLE AT MY WEDDING LOVED IT!! THESE 2 ALSO BECAUSE OF THE WEATHER & ALL OF THE STORM DELAYS WE HAD , WHEN IT GOT NICE OUT & CLEARED UP BEAUTIFUL AGAIN WERE STAYING "WAY" LATER THEN THEY HAD TO, BECAUSE THEY ARE THE NICEST PEOPLE I KNOW. I ACTUALLY ALMOST HAD TO FORCE THEM TO STOP, THEY FELT BAD ABOUT LOSS TIME DUE TO THE STORM (can you believe that) THEY ARE NOT RESPONSIBLE FOR THE WEATHER ☺. THEY WERE SO KIND. I WOULD NEVER HIRE ANYONE ELSE BUT THEM AFTER HEARING THEM SING !!! OH & AS FAR AS MONEY WISE, THEY WERE THE CHEAPEST ONES ALSO!!! I CALLED ALL THE WAY TO SPOKANE WA. & INBETWEEN THERE TO MISSOULA MONTANA TO WHITEFISH MONTANA ALSO!! IF YOU HAVEN'T HEARD THESE GUY'S SING , I AM TELLING YOU NOW, YOU REALLY ARE MISSING OUT!! TAMI THILL, TROY MONTANA 🤠🦋🦌

Tami, thanks so much for the incredible review and for sharing your heartwrenching story. We were so glad to be part of your wedding and weren't about to let some bad weather ruin the day. We didn't want to stop early because we wanted to make sure you heard all the songs you were hoping to hear. We drove home with happy hearts after all that had transpired. Blessings to you and all your friends in Troy, Montana!

Michael and Bridgette performed together at my birthday party at Maryhill Winery.
They were very professional, easy to work with, and very talented! Micheal worked with me to come up with a great play list that my guests enjoyed. I hired them through Gig Salad and the whole process was so easy. I highly recommend One Street Over and would definitely consider hiring them for future events.

Elisa, it was great working with you! We enjoyed meeting you and everyone at your party, we had a great time. Thanks so much for hiring us and we hope you'll stay in touch! All the best, Bridgette and Michael Lewis

This duo was ABOVE 5 stars!

We hired this duo for a beach party and everyone had the BEST TIME!!! They are very talented and professional. Wether people were dancing or just listening to them, everyone enjoyed them!!!

Hi Debbie, thanks again for having us and thanks for the great review! What a perfect night! Really enjoyed meeting all of you! Stay in touch, best wishes!

One Street Over is playing for the crowd. We try to assess the potential demographic and choose a set of music that they will absolutely love! We are all about hit songs, we keep it clean, classy and professional. Collectively we have literally thousands of shows under our belts! We love to entertain and we know how to do it right!

One Street Over is currently rated as one of the top acts in the US in several genres. OSO features Bridgette and Michael Lewis -- a must hear duo from Nashville, TN, now relocated near Coeur d'Alene, Idaho. Whether performing as a band, trio or a duo, these two offer a knock-down show with world class talent (Bridgette on vocals and Michael on guitar with live looping for the duo show and now tracks) and a major pedigree to go along with it.

Both Bridgette and Michael have hundreds of performances under their belts and years of experience as professional session musicians and vocalists. They are extremely well versed in many genres including; Pop, Rock, RnB, Soul, Rock, Funk, Jazz, Blues, Latin, Motown, Modern Hits, Country and more. (Check out their videos to see samplings in multiple genres.)

Michael Lewis has performed and recorded with a number of major artists including the legendary Mary Wilson of the Supremes, Rock and Roll Hall of Famer Jon Anderson of Yes, World Class Jazz violinist Jean Luc Ponty, Christian Guitarist Phil Keaggy, Broadway Star Bernadette Peters and many more. Michael is a founding member of the Inventioning Band with Anderson and Ponty.

Bridgette Lewis is a vocal coach and studio session vocalist with major credentials as well. She is the vocalist for the Inventioning Band and shares vocal duties with Michael in One Street Over. While in Nashville, Michael and Bridgette performed shows with the original rhythm section from Lady Antebellum as their backup band.

Michael has multiple gear endorsements and his own line of electric guitars. Michael has toured the US and internationally doing hundreds of shows as a solo artist. One Street Over was founded in Nashville in 1998 but it has dramatically grown in popularity since Bridgette became a key member for the group in 2006.

Since returning to the Northwest, One Street Over continues to gain new fans each year, averaging as many as 75 shows annually. They have been featured for a number of years as guest performers with the Spokane Jazz Orchestra for their big 4th of July in front of a crowd of 20,000 people.

One Street's studio recordings feature top notch Nashville session players with a long list of major credentials and Grammys. When performing as a band, OSO brings to the stage some of the top musicians in the region.

For the duo shows, Michael creates elaborate loops using guitar, percussion and voice, to create amazing live tracks -- you gotta see it to believe it! Combine that with an amazing, natural blend of vocals between Bridgette and Michael and it makes for an amazing show! This group can play the room and set the right atmosphere or they can take over and rock the house.

Michael Lewis is a full time, professional music producer with a high quality studio and over the past few years, Michael has been developing high quality, custom back tracks for their duo and trio shows, thus giving them the ability to perform amazing music that you would only hear with a full band. For example, OSO has added music by the band Chicago that they perform with a full horn section (pre-recorded) as a duo or trio! The response has been incredible! See your YouTube videos for examples!

Please join their mailing list (on their webpage) to keep in the loop on upcoming releases and concert appearances. OSO says "No matter where you are, we're just One Street Over."

Stage plots and input lists available upon request. For our band shows we always include a professional engineer and an excellent sound system.

This is a tough question because we have the ability to cover such a huge range of material from America to ZZ Top. We are real music lovers and our backgrounds are really vast as well so it would depend on what genre we're talking about. Just a few of our personal favorites include Toto, Fleetwood Mac, Hall and Oates, Michael McDonald, Kenny Loggins, Steely Dan, Edwin McCain, Celine Dion, Santana. RnB: Michael Jackson, Brian McKnight, Anita Baker, Stevie Wonder. Rock - Doobie Brothers, Boston, Kansas, Chicago, Supertramp, Lifehouse, Gin Blossoms, Lynyrd Skynyrd, YES, Genesis, Moody Blues. Pop: Maroon 5, Charlie Puth, Bruno Mars, John Mayer. Country; Keith Urban, Lady Antebellum, Carrie Underwood. Listened to and performed a ton of old country too from Waylon and Willie to Merle. Jazz: Lots of smooth jazz, Peter White, Jeff Lorber, Fourplay, George Benson etc.. Contemporary jazz: Jean Luc Ponty, Pat Metheny, Al Dimeola. Classics we like Barbara Streisand, Burt Bacharach etc... Singer-Songwriters such as James Taylor and Carole King. We've played all the classic big band hits (yes, all of them.) If it's a great song and/or good music, we're probably into it. I could go on and on! But ask me the question tomorrow and I might be able to come up with a different list.

We can provide everything if needed