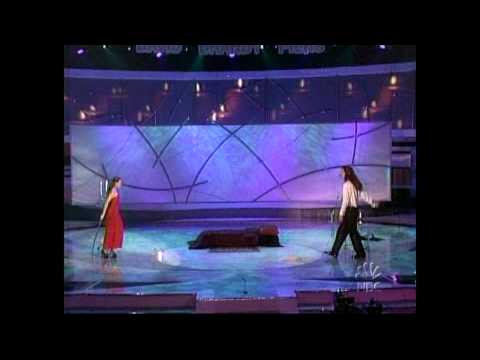 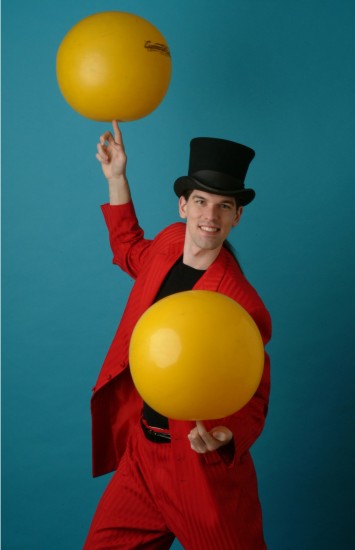 I use this costume for family entertainment. 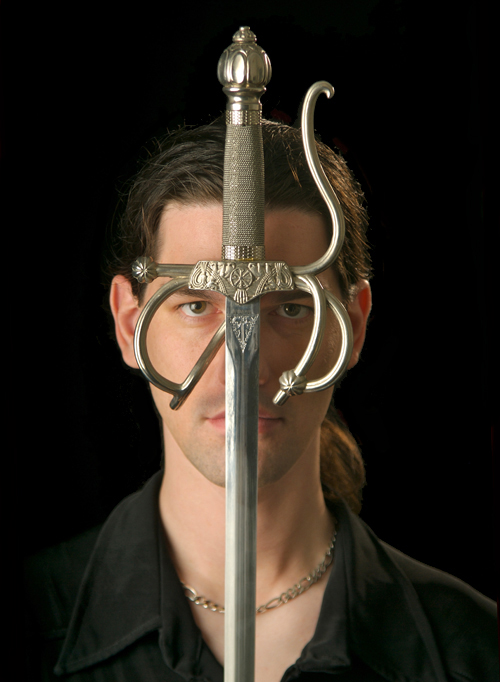 Sword Swallowing is one of my favorite acts. 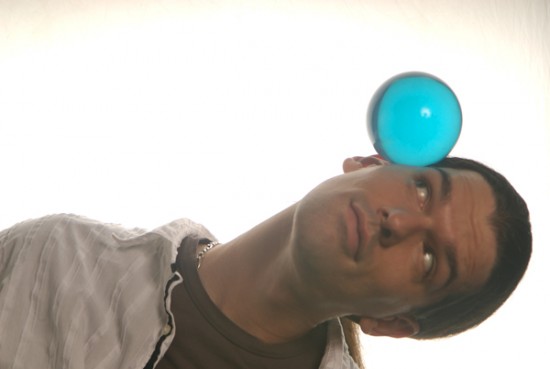 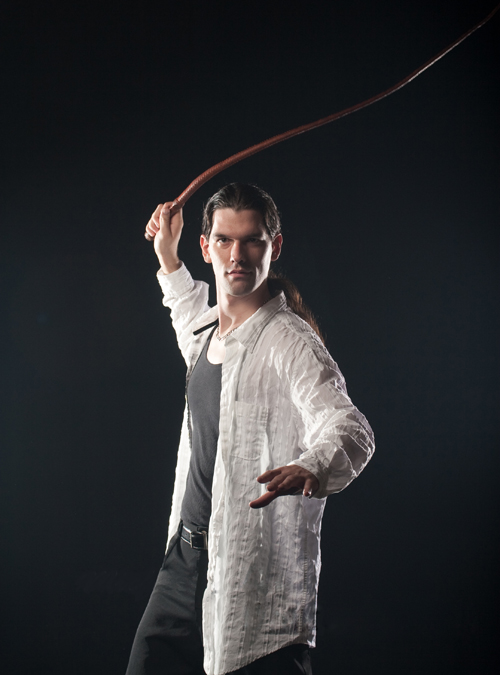 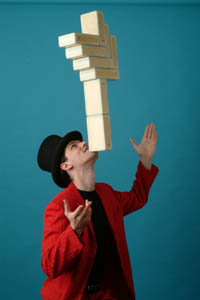 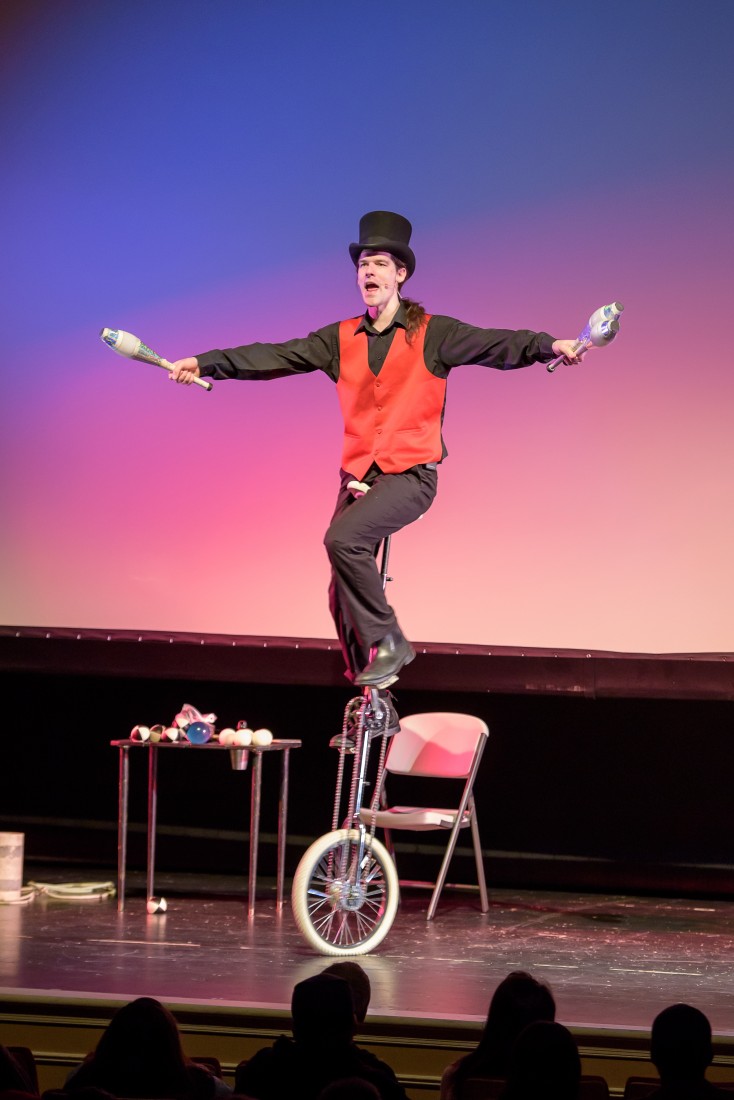 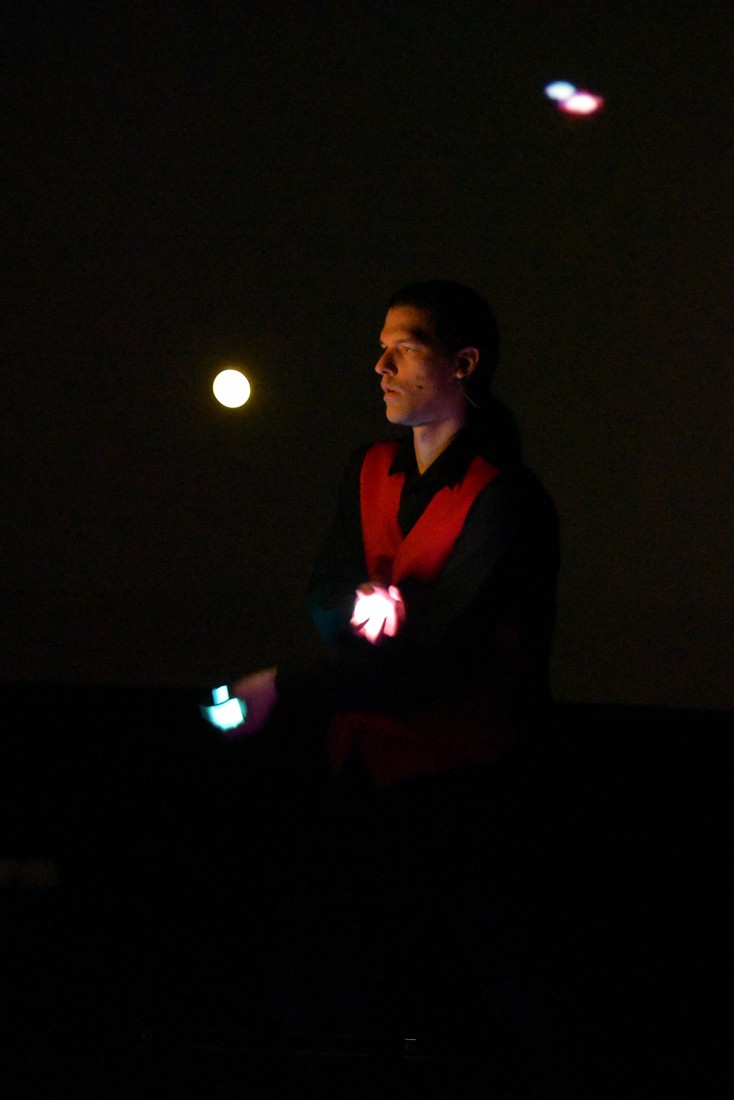 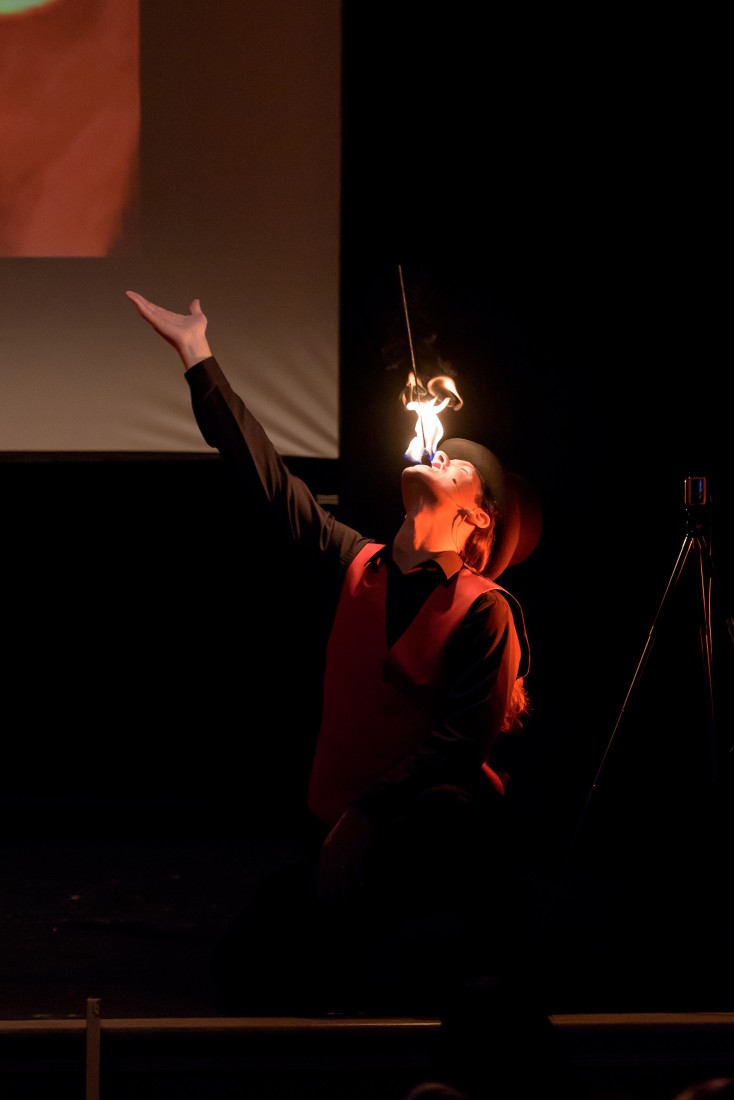 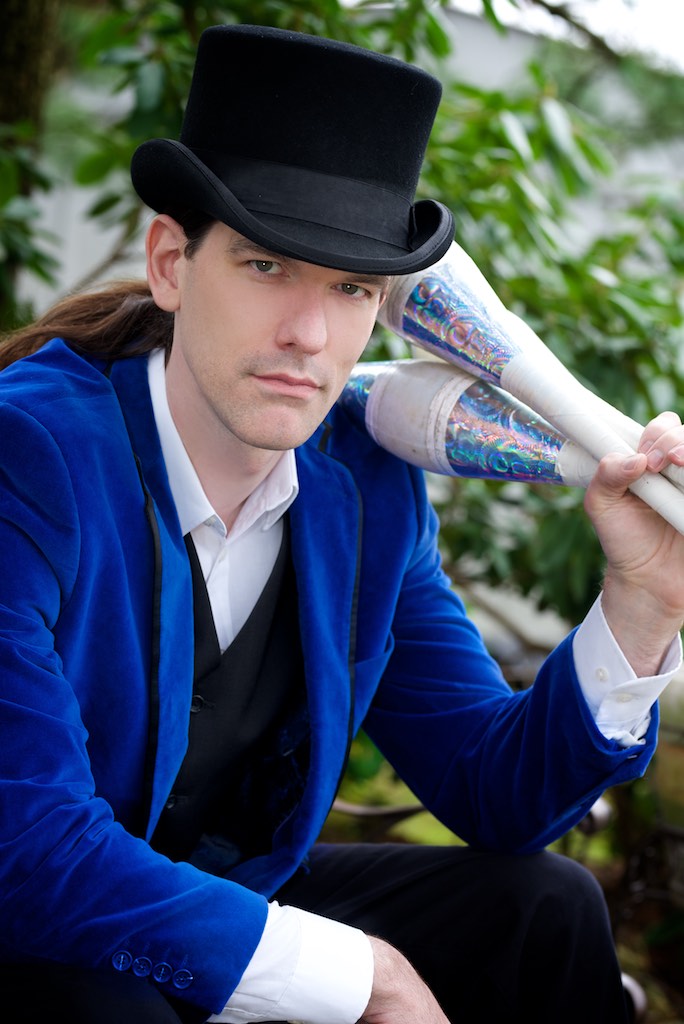 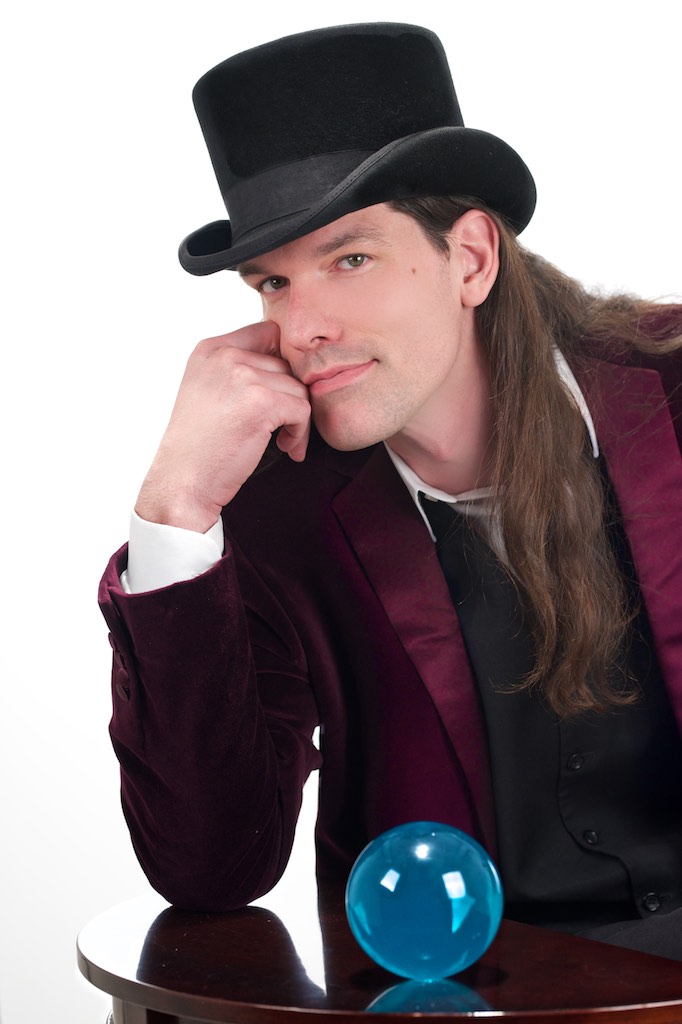 You may have seen Dave on NBC's America's Got Talent. Dave presents a One Man Sideshow of juggling, comedy and vaudeville. Fun for the whole family with lots of audience participation.

Dave's show can be customized to fit your needs. For family audiences Dave presents a fun juggling show that entertains the children with his skills and keeps the adults laughing with his irreverent humor. For adults Dave can feature death defying circus stunts like fire eating, a bed of nails or walking on broken glass in his bare feet.

I hired the mega talented David Darwin--again--for a 45 minute Juggling (etc) show for an audience of 300 (spanning ages from 2 years to 10 years and their amazed parents and grandparents). He performed for an hour and during that entire time, kept this wide-age-spanning audience enthralled, laughing, gasping and clapping. Frankly, I have no idea why he didn't win America's Got Talent--as his talent and show is astounding and extraordinary. He not only juggles (and juggles), he rides a unicycle while juggling, he swallows (really!) a sword, he lies on a bed of nails, he lassos, he involves the audience...Think of the most daunting act and he does it...set to great music, while keeping up an amusing banter. I absolutely believe it took him 20 years to master some of the feats he performed. I have hired talent for over 20 years--and no one has come to matching the virtuosity, the talent and professionalism of David. And although ours was a 'family event', a zillion adults left, saying they want him at a Gala or Event that is solely for adults. No matter what he charges--he is worth it. He will MAKE your party/event.

Yes, I booked him for next year!

Our Children's Halloween Party was yesterday and David Darwin was our eagerly anticipated 'trick show'. He's amazing, terrific, fantastic. David captivated an audience of about 200--comprised of children ranging from age 2 to 11--and their equally captivated parents. He injects his show with humor--backs up his show with lively music--but most of all is an incredibly talented and diverse juggler. He was a real fine---and I wouldn't hesitate to use him (and Gig Salad) again.

I can’t even begin to tell you how happy I was with David’s performance! He arrived early to set up and waited for the perfect time start. I hired him to entertain the kids at my sons communion party but he actually entertained the whole room! His acts were not only interesting and amazing but he kept the whole room all laughing. From 70yr old adults to a 6yr old, we were all so engaged in everything he said and did! Would hire him in a second for my next party!!

What a talented performer! He kept both young and old fully engaged. I recommend him highly!

He was excellent but I only got an hour and paid for an hour and half. Didn't want to start something. He should of communicated to me
How he's going to use his time

David Darwin was just the perfect addition of our post prom party. He arrived on time and went right to entertaining. The whole process from start to finish was flawless and I would highly recommend him for your party. You will be amazed!

David put on a great show! There was continuous entertainment and one more awesome than the last. I laughed so hard that tears were streaming down my face! Everyone kept asking how I found my Entertainment and I said "Gigsalad"!! Thanks !!!!

The clients at my adult day care center and the staff really enjoyed David's performance. Everyone was laughing at his jokes while he performed. He rode a unicycle and juggled, swallowed a sword, danced with a Chinese yo-yo, and much more! I would definitely recommend David for your next event!

David made ME look good

David arrived early and entertained the crowd for hours. Along with being fun to watch, he also engaged and made my guests laugh.
He made me look good for hiring him.

Insurance: $5,000,000 - Liability for damage to property, fire damage and injury

I can perform stage shows or strolling entertainment.

When I was 9 years old, I decided I wanted to be a stand-up comedian. Not when I grew up, mind you, right away. Since there aren't many comedy venues available when you are 9, I decided I would sell jokes door to door. I went around my neighborhood knocking on doors and telling people I was selling jokes at 10 cents a joke. One guy actually fell down laughing when he heard this, so I charged him and surprisingly, he paid. I made a little over $4 that day and ever since I have been making people laugh until they gave me money.

I learned to juggle in high school and began performing part-time while getting a degree in journalism form Penn State. By the time I graduated in 2000 I decided I didn't want to get a day job. I was just going to perform full-time. I've never worked a real job, I'm very proud of that.

In 2006 I was a semi-finalist on America's Got Talent. In the first round I did my comedy contortion routine. In the semi-finals I sang "The Masochism Tango" by Tom Lehrer while performing many of my sideshow skills. I was assisted in the second round by the lovely and talented Melissa Forgione. Because while I am a One Man Sideshow, it takes two to tango. I didn't win the million dollars, that's why I'm here.

In my family show, I like to perform for ages 5 and up. I try to make my show fun for the whole family. The parents often laugh harder than the kids.

In my adult show; suitable for theaters, comedy clubs, colleges, etc., I do some dangerous stunts not suitable for young children. Walking on broken glass, lying on a bed of nails, or having a cinderblock smashed over my chest are some of my more spectacular stunts. My comedy is always clean regardless of which show I'm doing. I always customize my show to the audience, so it's always appropriate.

I typically need at least 30 minutes to set up my stage show. An hour is preferable.

I need an electrical outlet within 30 feet of where I will be performing. 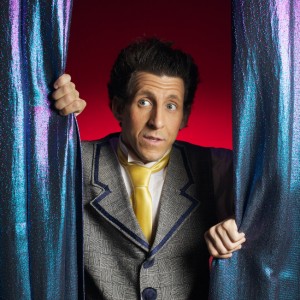 Kathrina Y. said “Andrew was on time, flexible in location and very helpful at keeping the crowd going! He gives really good lessons too. Thanks, Andrew. I highly recommend…”

Maria B. said “Girls were beautiful and guests were very impressed! They arrived much earlier to setup and really added a spark to the evening!” 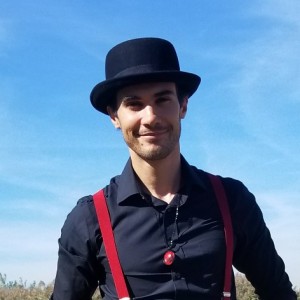 My name is Justin Provoncha and I provide fun, interactive Magic & Circus entertainment. My entertainment options are perfect for birthday parties, special… 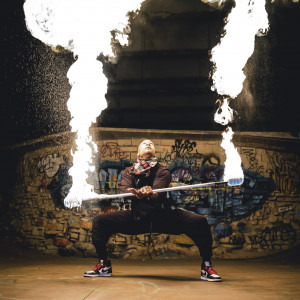 Chaya C. said “It was incredible! Julian did an amazing job in keeping the crowd (of all ages) entertained with his fire show. He was also very pleasant and easy to…”