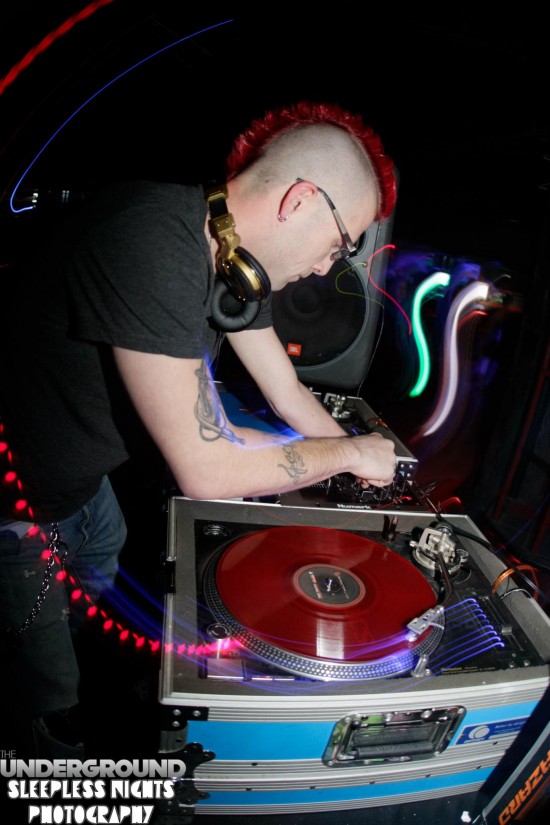 Vinyl Set at The Underground (OKC) 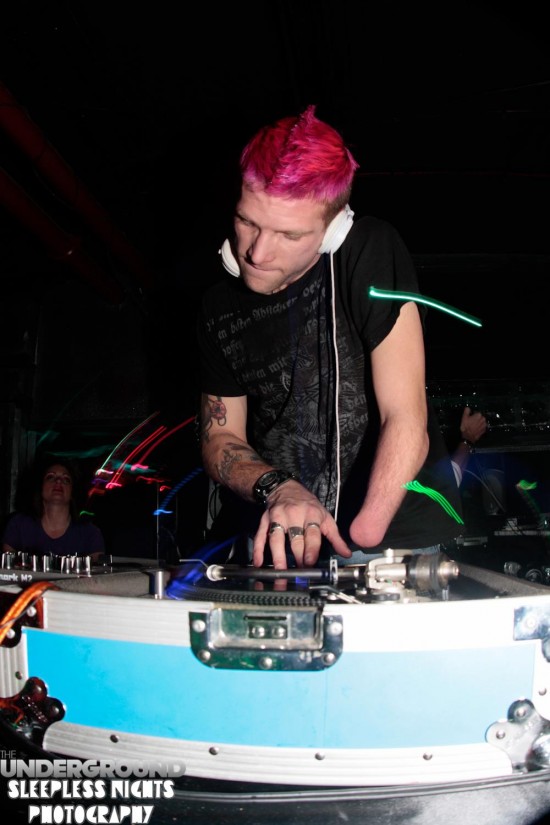 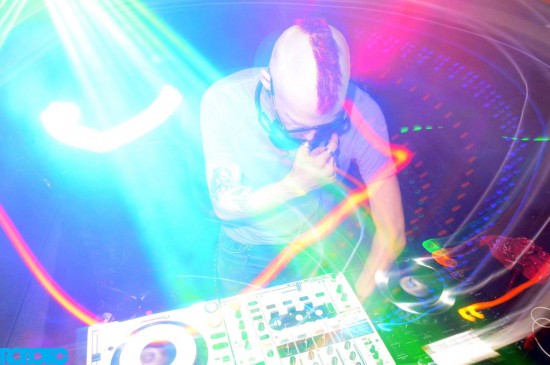 I provide a form of audio-visual entertainment by using two turntables to play various genres of high energy dance music, and mixing or blending two tracks together to create the illusion of a single cohesive song, thereby resulting in a constant, solid, uninterrupted flow of music and tempo; I also write and produce my own music, which I frequently perform during a given set. I typically do this in the environment of a dance-oriented nightclub, but also do this for private and corporate affairs, house parties, festivals and etc.

Be the first to review One-Winged Angel

I enter into any performance with a crazy amount of energy, which I constantly project into the audience and environment through the music I play; at the end of the day, it's all about having fun and enjoying yourselves, and I make a concerted effort to ensure that everyone does exactly that. As my set goes on throughout the night, I use tempo progressions to increase the energy on the dance floor steadily throughout my set, eventually reaching a peak toward the end of my set. I have a knack for reading a crowd - looking out onto a dance floor and, without speaking to a single person, gauging the energy, attitude, and comfort of an entire audience, and adjusting the music I'm playing accordingly.

An Oklahoma native rude bwoy, One-Winged Angel has been wrecking dancefloors since 2007, when he got his start in Oklahoma City's club circuit and EDM scene playing house, electro, and trance at several low-key shows across the metro area; and impression was immediately forged in the minds of the skeptical & cliquey local scenesters - because here was this completely unknown DJ who was playing disco house and epic trance at drum & bass and hip-hop events... and he was doing it all with one hand - more than that, he was doing it WELL!

Having earned the immediate respect of his peers, One-Winged Angel began carving out his niche and identity as an artist and new piece of local talent, quickly graduating from using CDJs, to spinning vinyl on two Technics 1210 MK2's, to mastering the newly-popularized platforms such as Torq & Serato, and even picking up the Traktor S4 a few times.

As his technical mastery of the equipment began to blossom, at the same time, his musical tastebuds began to evolve, rapidly progressing from the trancey, funky, feel good "lighter side" of EDM, and landing full-tilt into the seedy scene of jungle, drum & bass, and floor-shaking dubstep.

One-Winged Angel's impeccable track selection, spectacular ability to read a crowd, flawless mixes & transitions, natural charisma and stage presence all contributed to him being recognized as a local drum & bass champion, and "bona fide rude bwoy". This reputation was only bolstered when he released "One-Armed Man", his first Moombahton single, on every major online music distributor - followed a few months later by his first album release, "The Null & Void EP".

This DJ has held several residencies all across Oklahoma City in the decade that's passed since he first stepped onto the scene - Cafe Nova, The Wreck Room, Angles, The Park, The Boom, Anatomy, The Underground, Paseo Underground, Flux, Community, Frequency, City Walk, Paralogia Ultra Lounge, and more.

In 2013, One-Winged Angel took flight, relocating to Miami, Florida, where he would leave a heavy footprint over the course of the following year by playing at such prestigious venues such as Mekka, Club Space, and Club Cinema - and even earning himself a spot on the second stage of day one of 2014's Ultra Music Festival!

Having relocated himself back in Oklahoma, One-Winged Angel's drive is not lessened any; he still brings the freshest bass music to rattle your skull all night, the cleanest mixes, and the innate ability to get a room full of wallflowers to rage out on the dance floor.

It's been proven: any event that doesn't feature One-Winged Angel somewhere on its lineup is falling short of what an epic party it COULD be.

For booking inquiries, or other questions or feedback:

I do not normally provide or operate my own lighting fixtures or effects, so if you wish to utilize them, they will have to be acquired via another individual or company. At all times throughout the duration of my performance, I reserve sole and complete control over my program and setlist - while I will take any and all requests given to me, I may choose to ignore any or all requests if I so choose. Besides myself and any of my own staff, NOBODY shall be permitted to access or play around with any equipment which I provide for an event, under any circumstances or for any reason. Depending on the venue of an event, I generally do not require any sort of formal staging other than a sturdy table, approximately six feet long by three-to-four feet wide (e.g., a simple folding white plastic church dinner table is usually sufficient); I shall also require access to electricity adequate enough to power the equipment I shall be using throughout the event - any standard outlet that can handle the workload of a power strip with 8-10 separate electrical connections is usually sufficient.

If music content is something of a "gray area" for your event, I insist you contact me ahead of time to discuss boundaries (e.g., if you don't want me to wind up playing hardcore gangster rap at your 6 year-old's birthday party or church event, you must notify me of such things in advance!) Generally speaking, if you think of something that I might even remotely need to be aware of, I urge you to discuss it with me ahead of time.

If there will be other performers, live acts, bands, or etc. in addition to myself at your event, I must be made aware of this.

Due to the nature of what it is exactly that I do (mixing records), I typically mix "on the fly", gauging my audience's reactions to what I'm playing, and adjusting accordingly to keep the mood lively and happy - so I rarely ever have a de facto "set list".

Normally, I play Electronic Dance Music - specifically, Drum & Bass, Dubstep, Drumstep, and the like; depending on the situation, I can adjust and play house, club hip hop, rap, rock, and so on, and so on, as needed.

1 - sturdy, white-plastic folding "long dinner table"; approximately six feet long by three or four feet wide (or an equivalent or comparable surface upon which to rest my equipment)

access to a power outlet within ten feet from the location where my equipment is set up, which can handle the workload of a power strip with 8-10 high-power electronic devices plugged into it