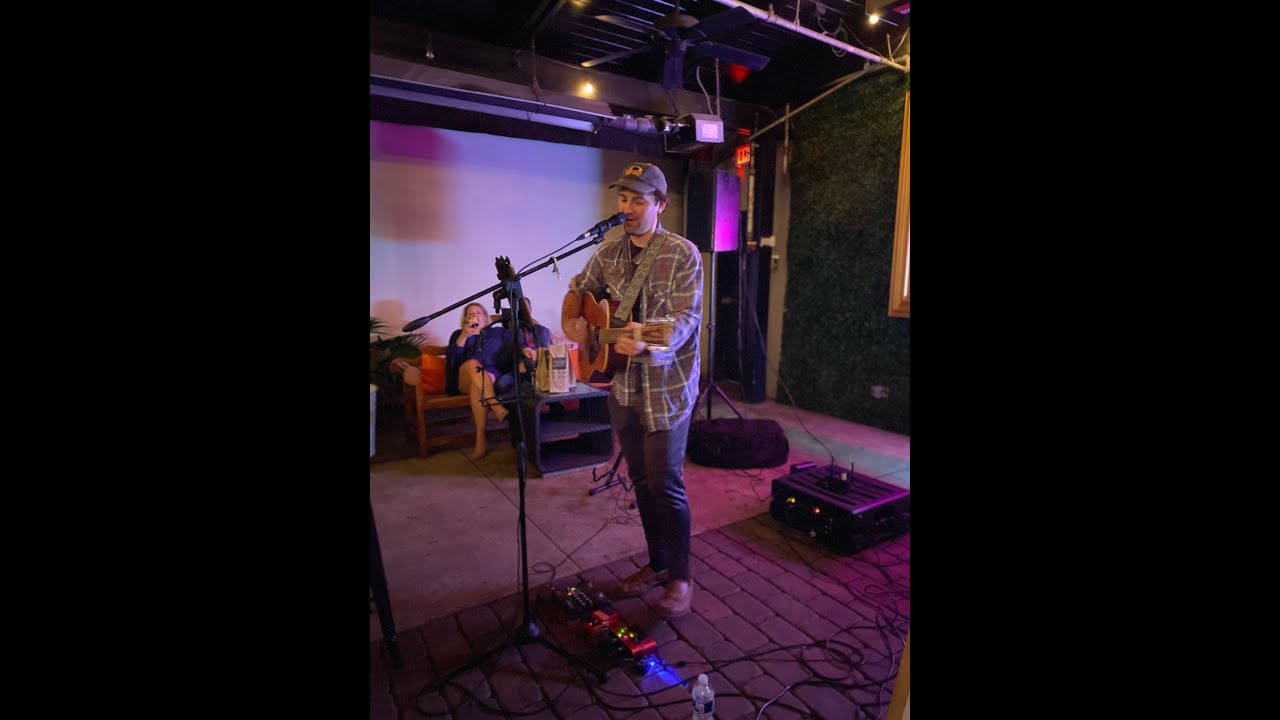 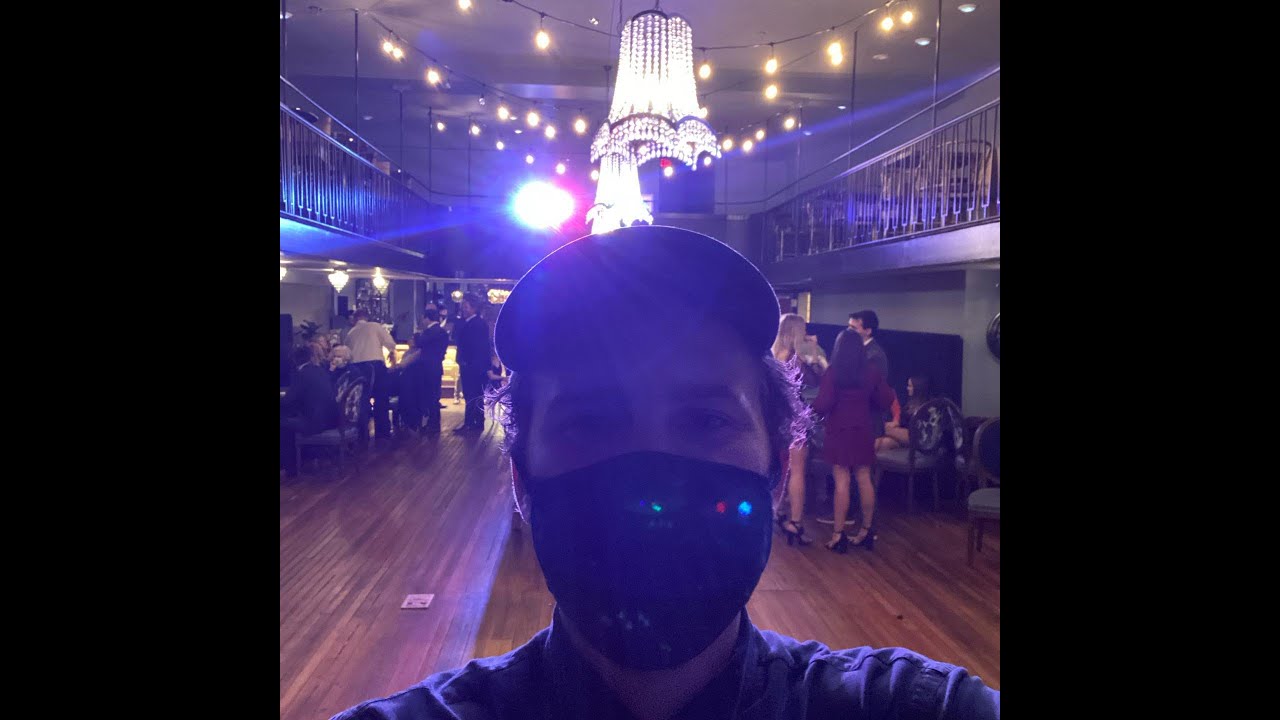 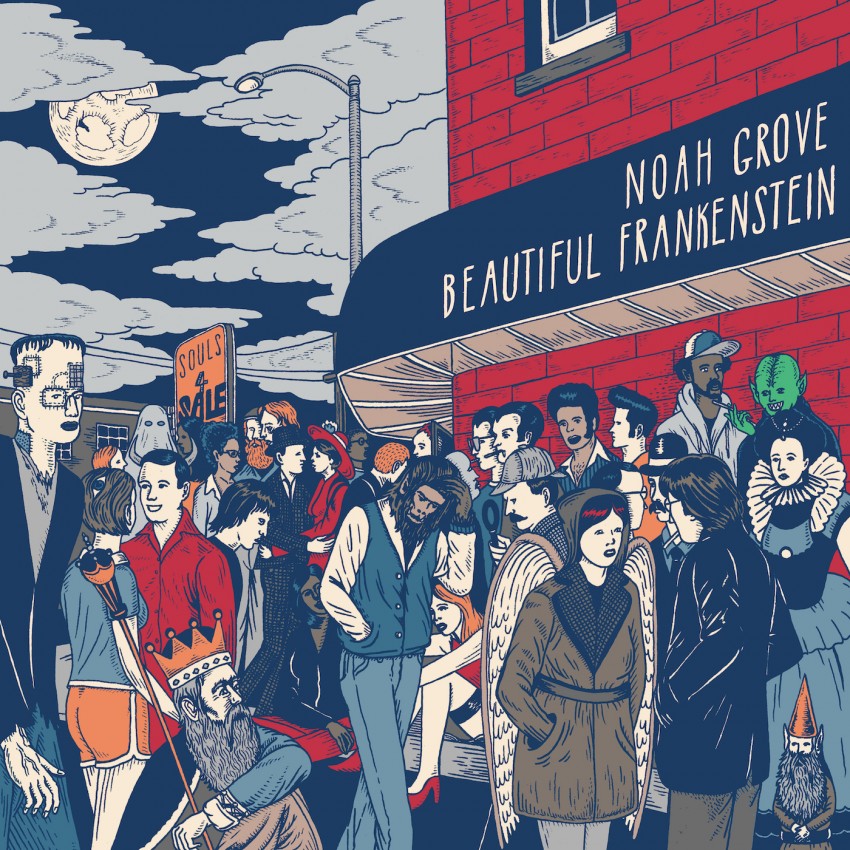 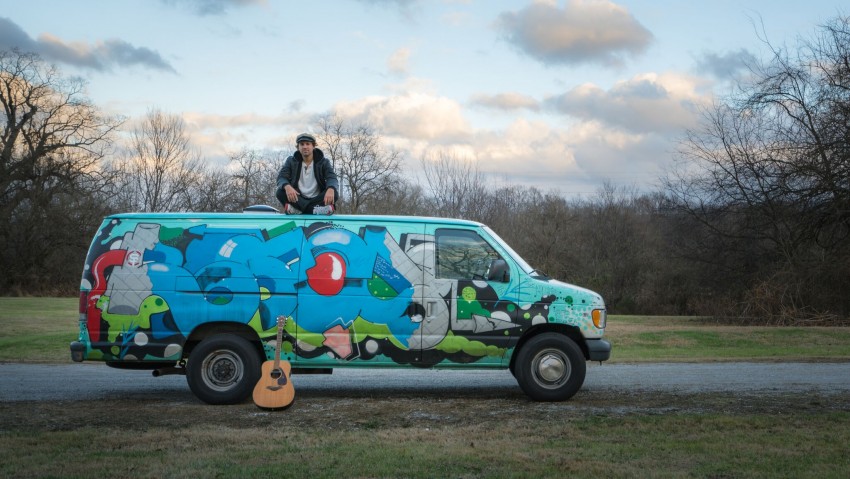 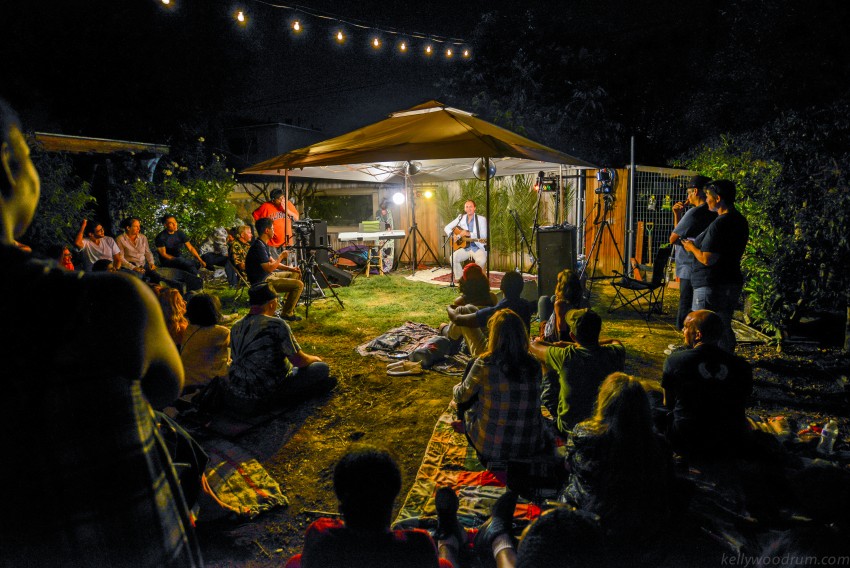 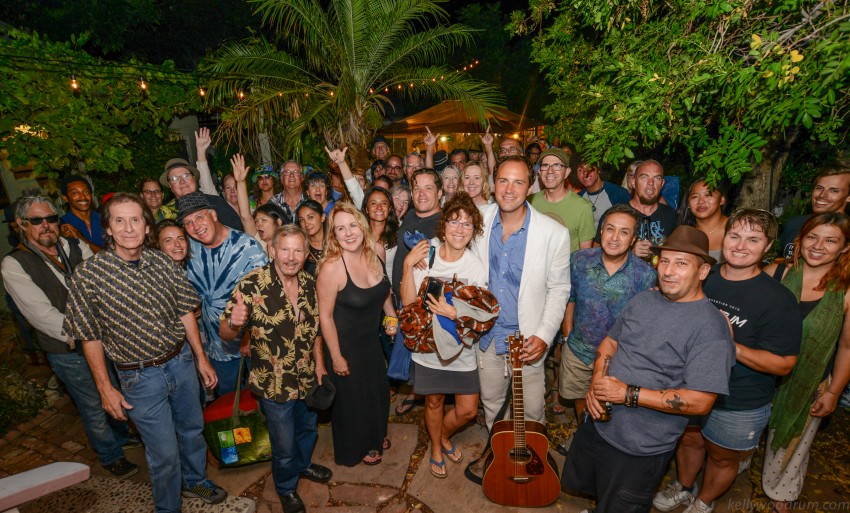 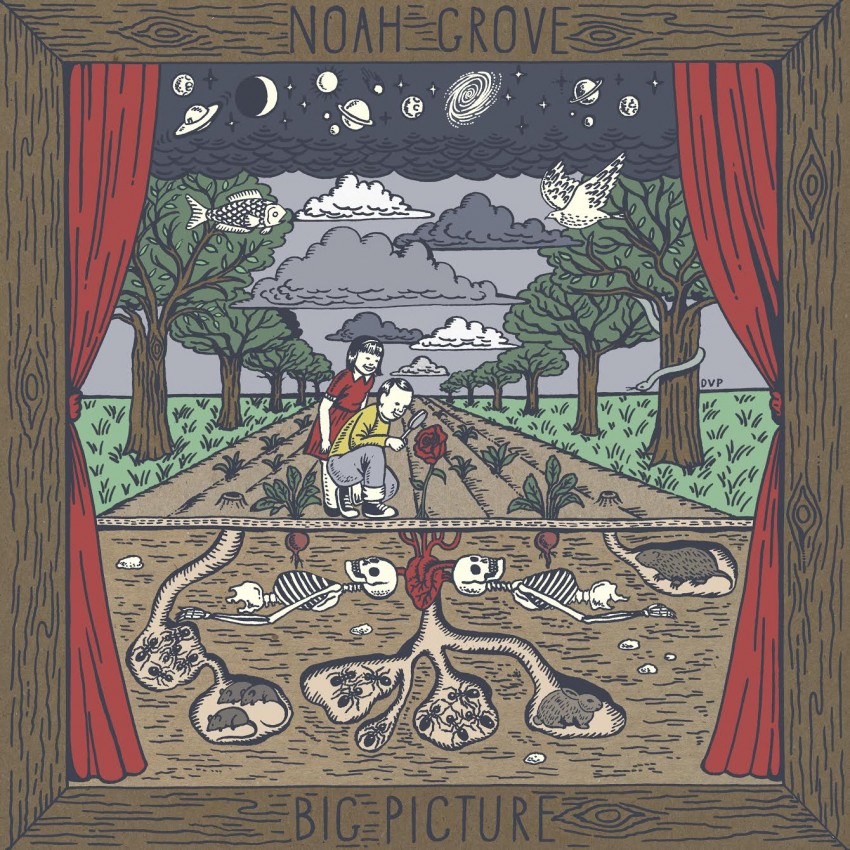 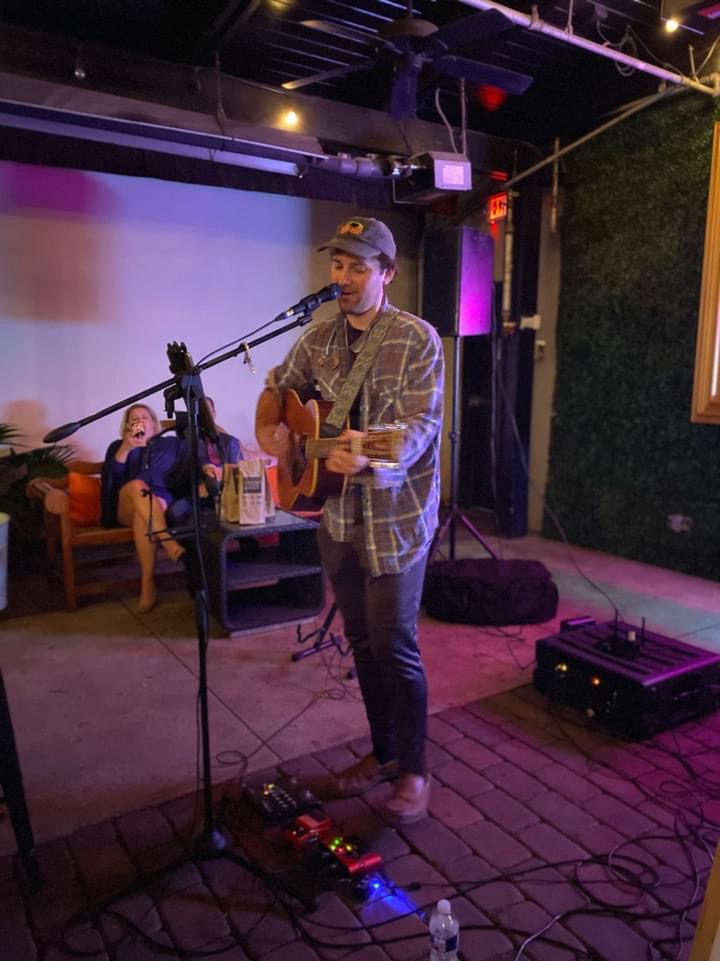 Noah Grove is an experienced and passionate singer/songwriter/performer who can cater to a variety of events.

Noah was great! He was on time, only took one short break and played tons of good songs. I would definitely use him again.

Noah played at my husband's 60th surprise party last weekend. WOW!!! He played music we loved, hardly took a break at all, read the room and everyone had a fantastic time! We had other entertainment (a magician) and Noah worked around the schedule seamlessly and was very relaxed and happy during the entire event. Hire him...you will be SO HAPPY you did!

Highlight of our trip

Noah and Lou did a great job of making our small family birthday celebration one to remember. We hired the band for a 50th bday celebration during a family trip to SC. He came prepared with requested list as well as impromptu requests.

His original songs were awesome also. We knew it was a success when all 12 of us got involved at some point.

Great mix of mellow, dance and other familiar music. We will be keeping them in mind for our future visits!!

More amazing than I could have even imagined!

Noah exceeded my expectations! I hosted a 30th birthday party for my husband and Noah really made the party. I wanted something special and wow, we got it! Just about every party guest approached me asking me where I found him. Everyone was blown away by his voice and how talented he is. (I won some serious brownie points!) He's a really easy going guy and great to work with! He was so gracious to drive the 2+ hours to Savannah. Communication was excellent and after learning more about the event, he offered to learn some of my husband's favorite songs that go along with the theme and included this extra service in the original rate. He gave us a good deal, but we quickly realized once he started playing that we needed to open our wallets. Noah is worth every penny and my family already wants him back for future events! ✨ HIGHLY RECOMMEMD ✨

His voice, guitar skills and variety of songs were exactly what I was looking for!

Cancelled due to COVID-19, rescheduled for August

Noah was very understanding that our event had to be postponed and was able to reschedule for August.

Book Noah! You won't be disappointed. Always quick to responded with any questions I had. Everyone at My Father's Birthday party LOVED him. We hope to book Noah in the future.

Thank you Jessica, had an amazing time playing for you and your family!!

Noah was incredible and a pleasure to work with. He navigated a multi-generational crowd very well and worked around a few toasts, speeches at a birthday party with ease. Total pro and a terrific musician!

Noah Grove was the best! He sings so beautifully and added so much to our perfect wedding ceremony. I highly recommend him. He was prompt and everything went exactly as planned.

Thank you Kristi, it was a pleasure!

Noah is the man

Perfection. Helped me in my surprise engagement. Thanks, Noah! Well worth the money. Good luck on your career!! :)

Noah Grove is an artist in the true sense of the word. Wheter performing one his own songs or covering someone else’s, Noah has the unqiue ability to draw his audinece into the musical moment. Don’t let Noah’s laid back Singer/Songwriter persona fool you, his professionalism shines through from the intail booking contact to his performance. Noah has performed twice at Wilbur Hot Springs Resort with a passionate response from the audince on both occasions. I look forward to booking Noah again, it is always a pleasure to work with as well as be entertained by such an extraordinary Singer/Songwriter.

Noah performed at our wedding and did an incredible job! He was entertaining, funny and performed several touching songs. I am very happy that he played for all of us!

I've had the opportunity to work with Noah for numerous years and I've been so pleased with so many great qualities he has. Noah is loyal, extremely talented, works hard, and endlessly does what he can for others. A stand up man. Much respect.

Noah Grove Music was the best!

Noah Grove has performed for us at our business, as well as our home. He is the consummate
professional, and incredibly talented! Most of the music that Noah performs are his original compositions. He also has a very cool, retro "folk music" vibe. We highly recommend Noah Grove Music!

I’ve been fortunate to attend many of Noah’s live performances and was first of many to purchase his first CD. Noah does not disappoint and offers a very enjoyable genre of expansive music. From cover songs to his originals - his voice and connection with his audience is amazing. I personally highly recommend Noah. He will listen to your needs and exceed your expectations.

Best Singer/Songwriter We've had at our outdoor taproom

Noah played at our indoor/outdoor hip food cart/taproom venue and the crowd LOVED him. We've had many requests to have him back, and we hope he comes through Oregon again soon! Professional, kind, captivating--Noah Grove is an all-around great musician and great guy.
Thanks for sharing your music with us, and we will hire you again anytime you're through town!

You can expect a passionate experienced musician who will care about your event and pay attention to detail.

Noah Grove is a singer, songwriter, producer, sound engineer, and guitarist, born in California and raised in Tennessee and earned a BA in Psychology from UTK. His influences include DC Talk, Maroon 5, John Mayer, Nickel Creek, Jack Johnson, Muse, Chopin, Norman Brown, Earth Wind & Fire, Cat Stevens, Josh White Jr., Emancipator, and many others. He began his musical life playing a snare drum for middle school band, after which he trained for three years in classical piano. He began writing songs in high school. At age 27, Noah left a full time job to focus his life on music, living in a Honda CRV to do so. He is a veteran kitesurfer and a licensed instructor, which has led his music to be heard and influenced by many beachside towns and in August 2014 he landed in Long Beach, CA to intensively hone his crafts. Over the course of two years he worked with songwriter Nathan Douglas to create arrangements and recordings of 150+ of Nathan’s songs, in addition to his own songwriting and collaborations with artists in Long Beach and surrounding areas. This experience helped inform the production and mixing of his debut album released July 2016 entitled "Big Picture” and also provided the opportunity to work with dozens of other artists in a studio setting. In late 2016, Noah embarked on a cross country tour visiting and performing in over 50 cities including a venture into Mexico. Noah released his second album entitled “Beautiful Frankenstein” with an album release show on September 9, 2017 at The Legendary Kimbro’s Pickin’ Parlor in Franklin, TN. Noah has a passion for creating music that heals, facilitates personal development, and leads others to more fulfilled life experience and loves his job!

The artist can provide a top of the line PA system suitable for small to midrange size events.

Power outlet or space for van near stage.