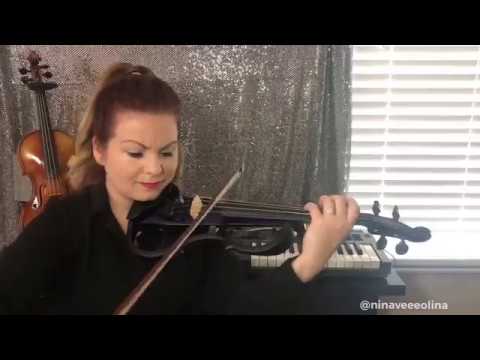 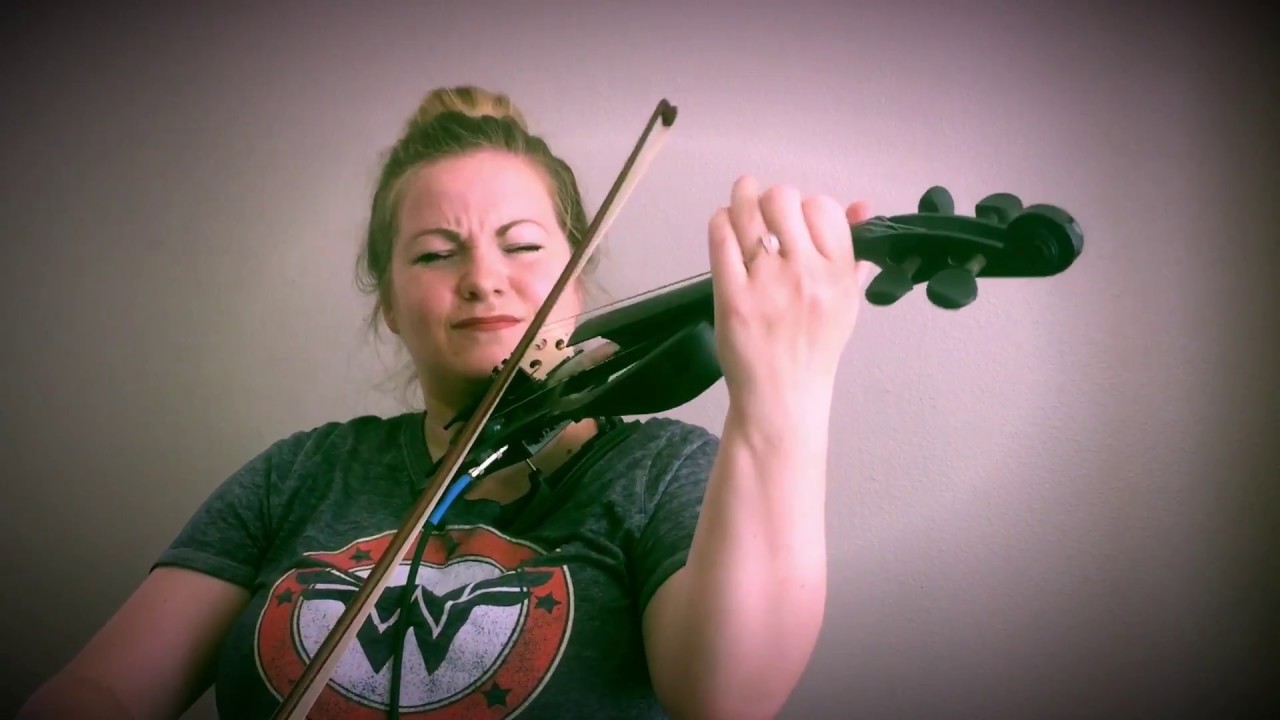 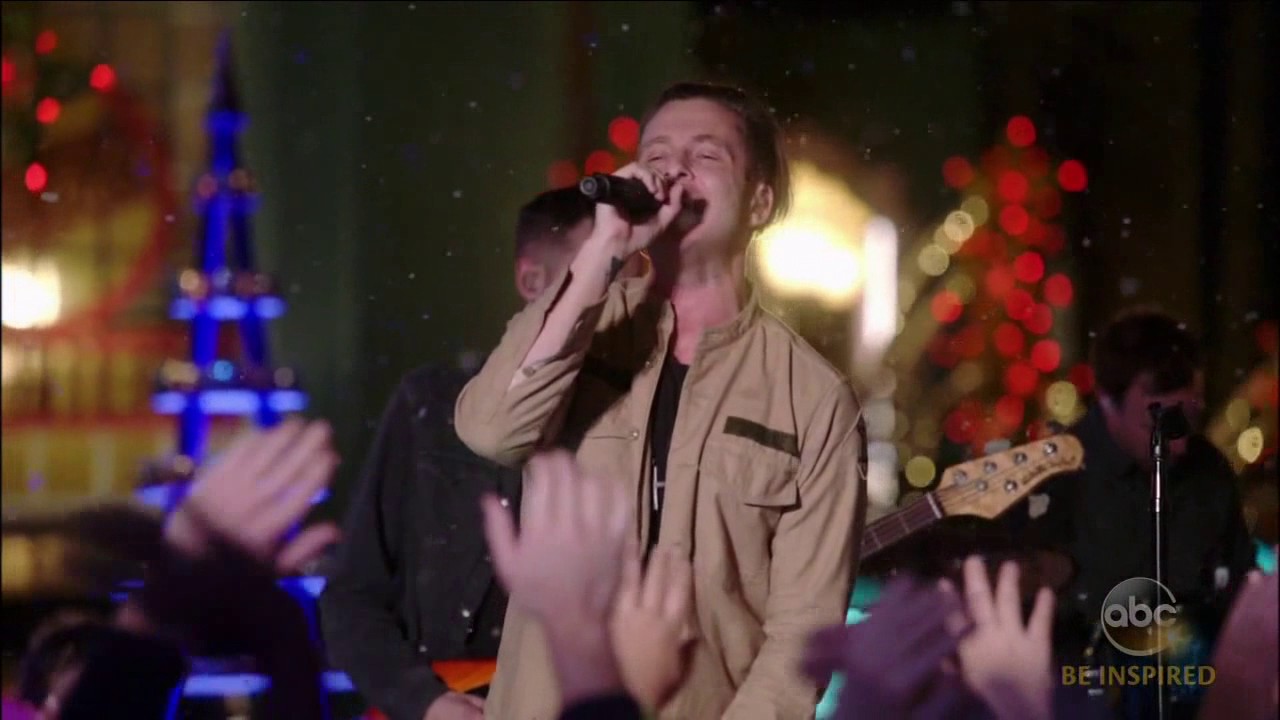 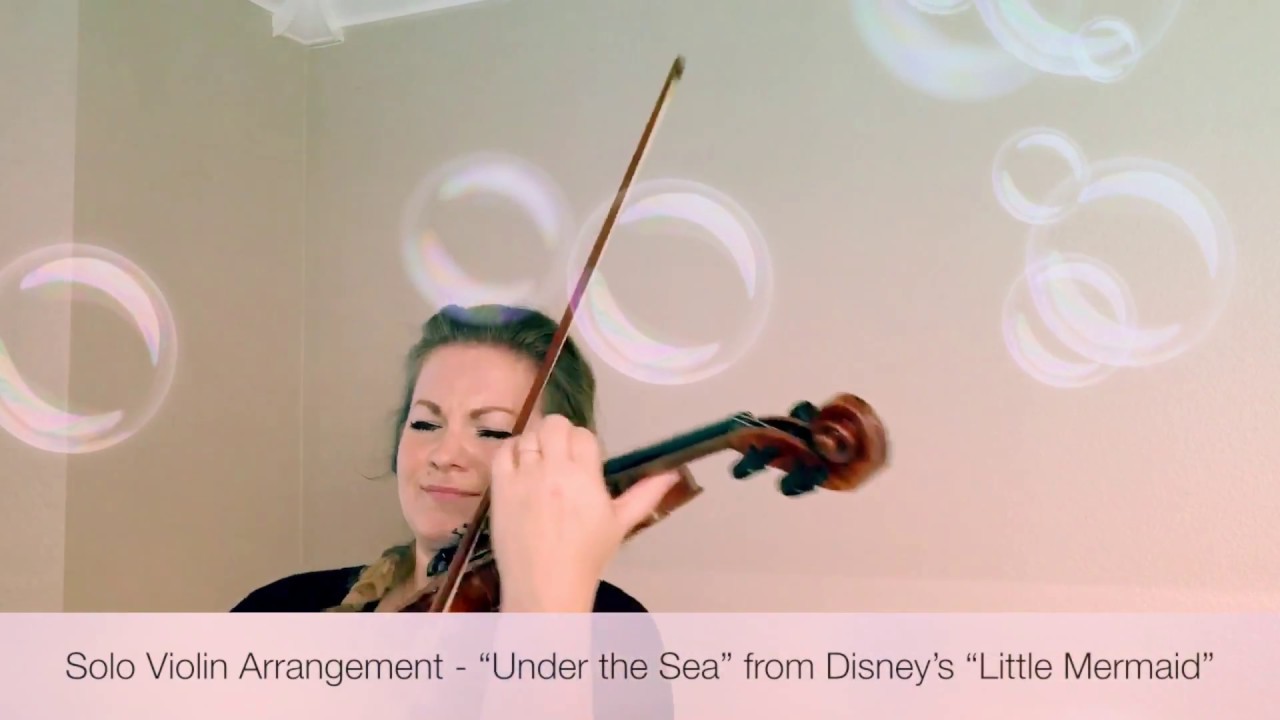 Under the Sea from Little Mermaid - arrangement by Me 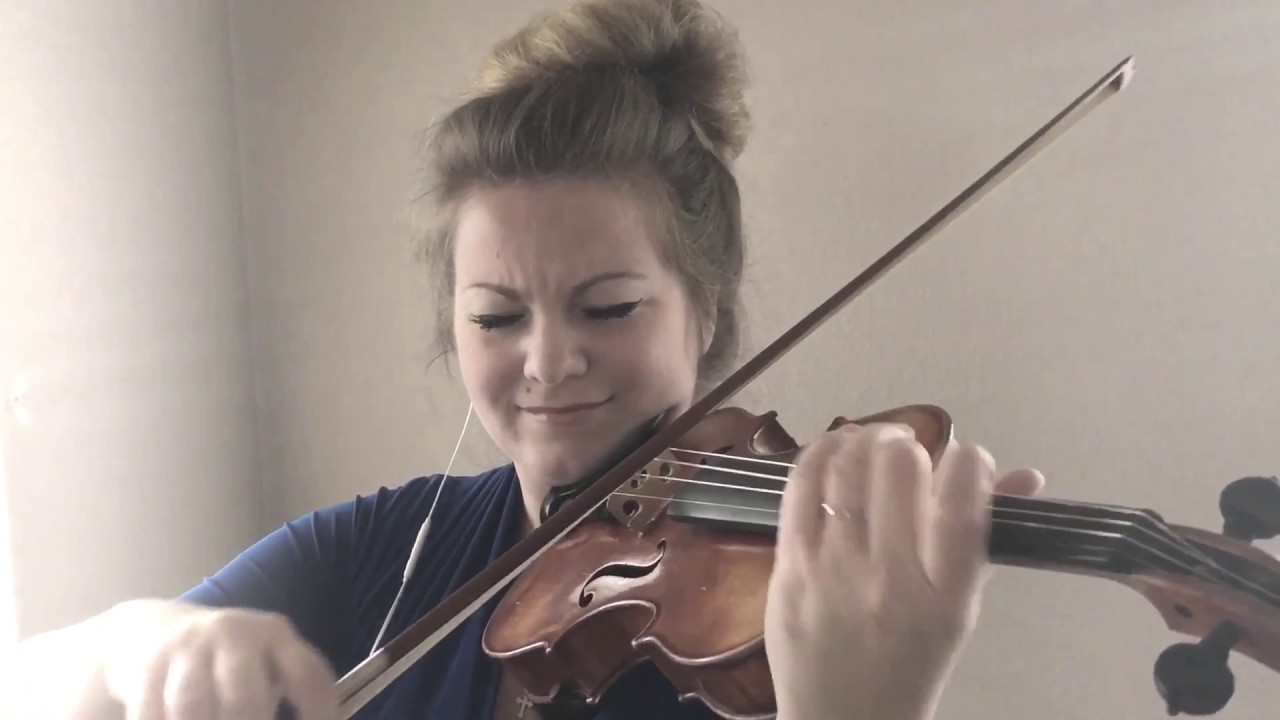 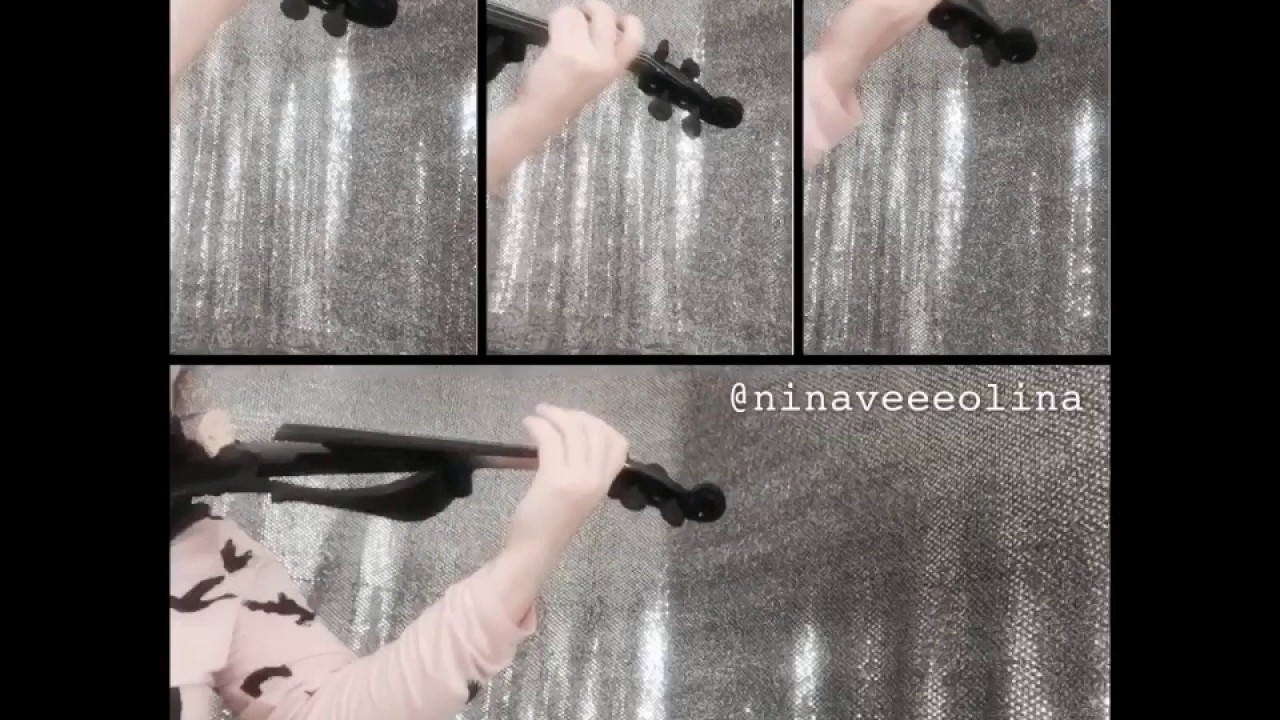 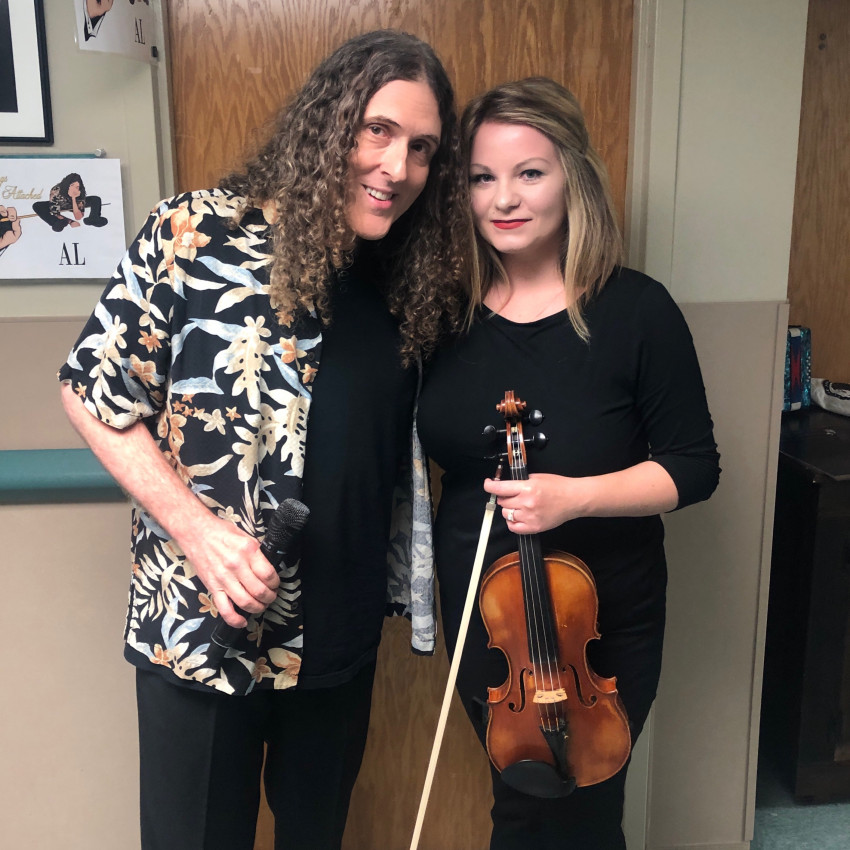 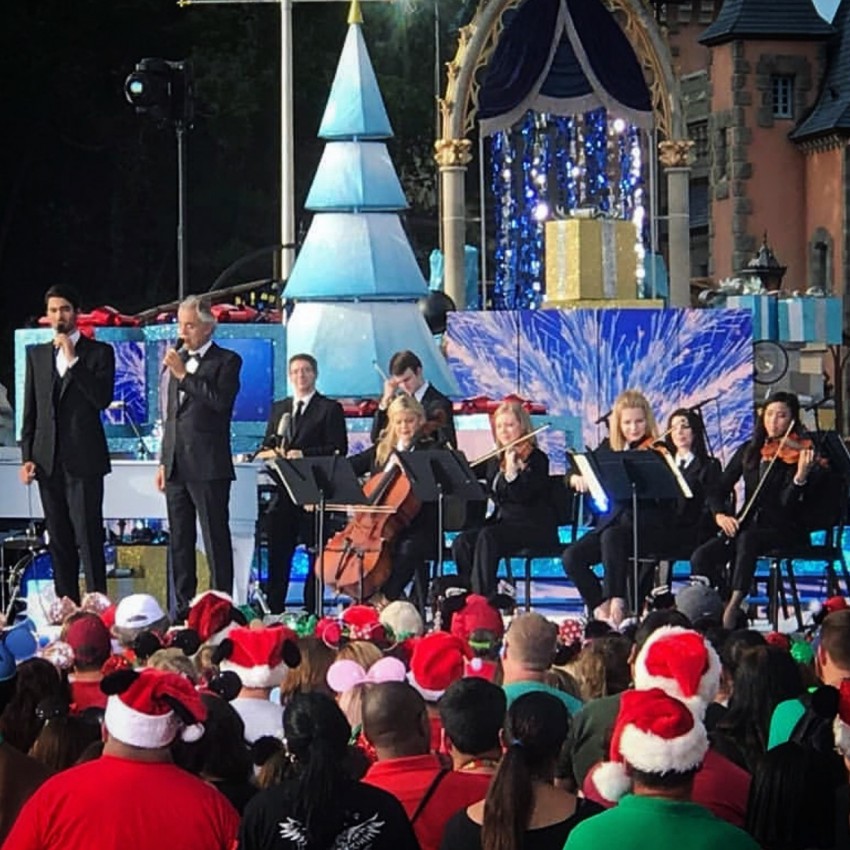 Andrea Bocelli, Matteo Bocelli, me (second from the right) 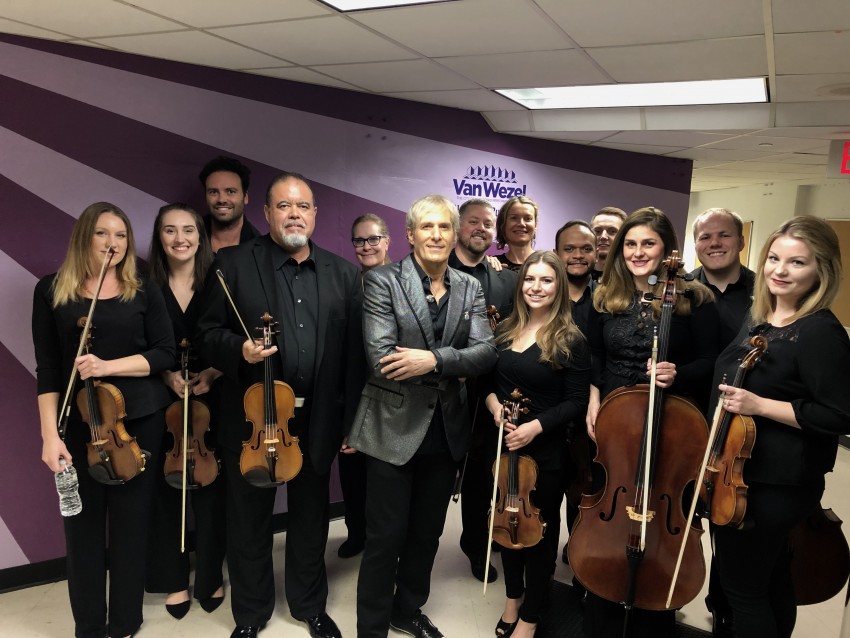 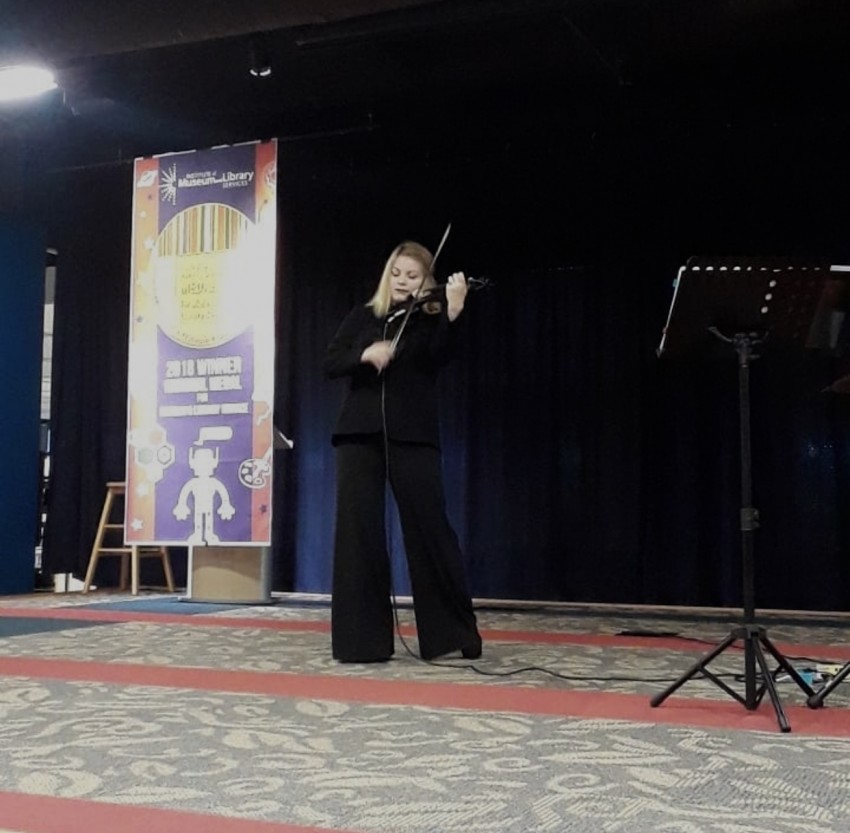 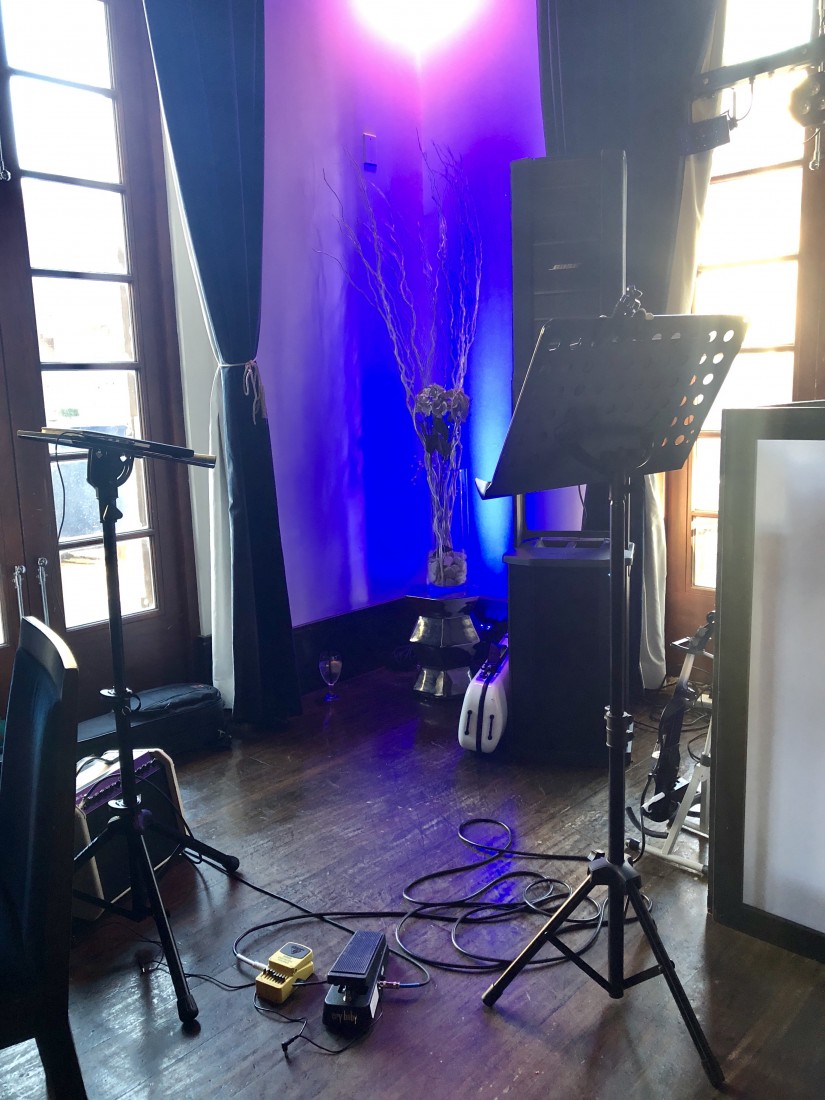 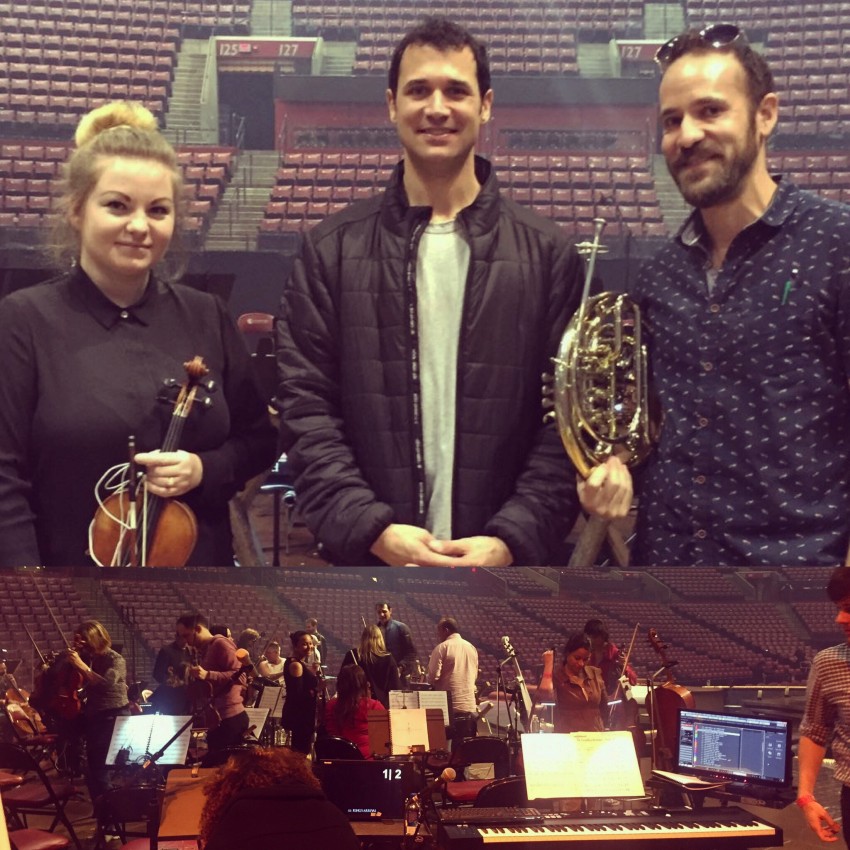 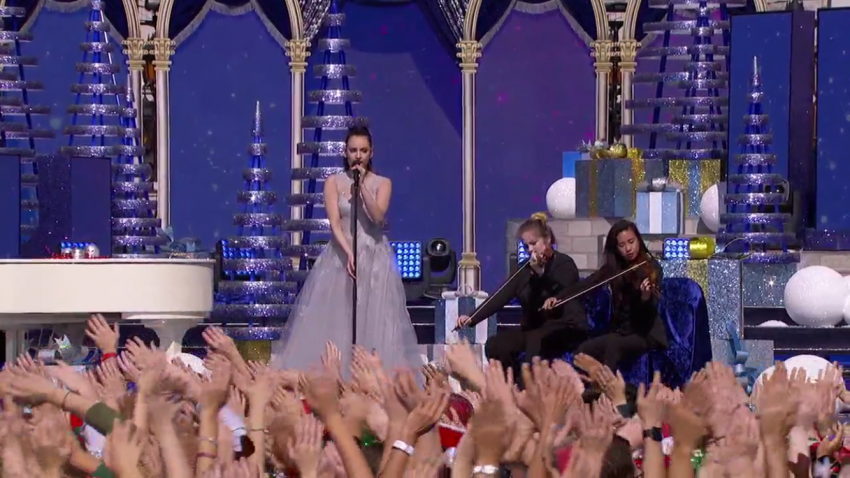 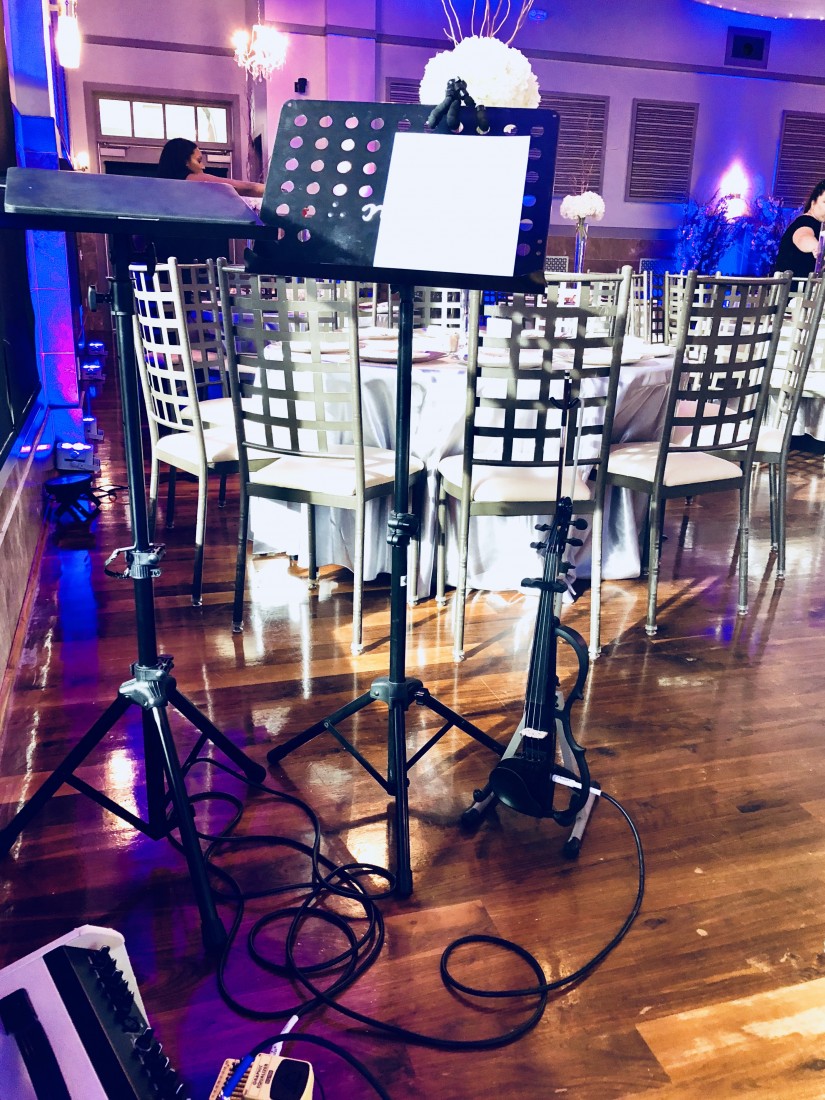 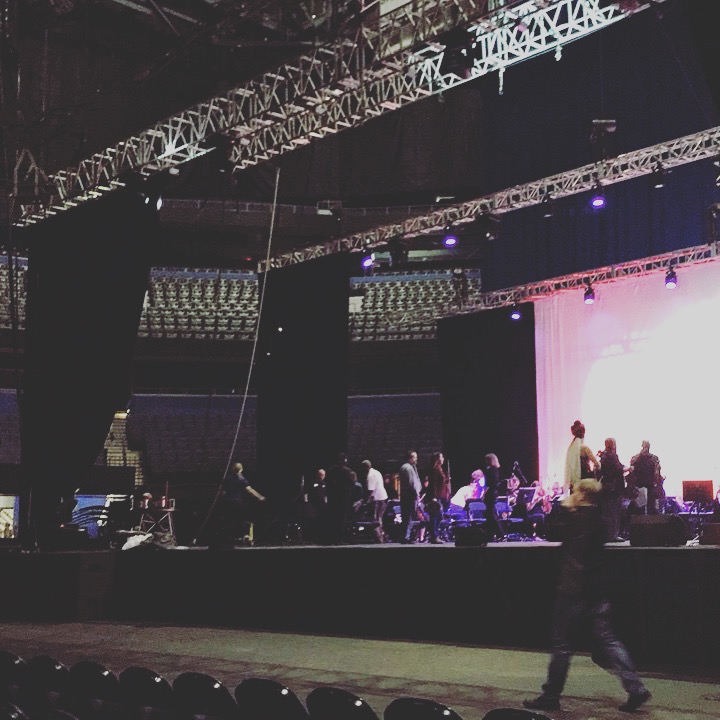 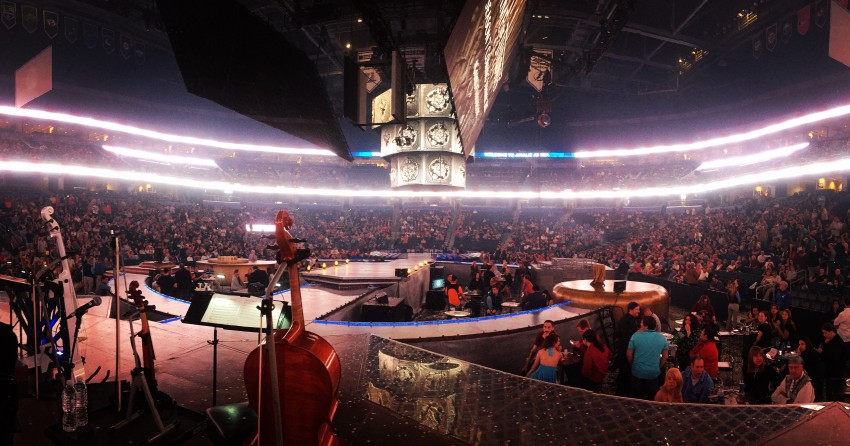 Game of Thrones - Live Concert Experience (photo by me: iPhone 6)

Professional violinist that has the ability to perform any genre - (acoustic or electric) violinist of all kinds! Over 15+ years of experience in weddings, television appearances, corporate gatherings, musicals, solo performances, and other special events. Nina is punctual, professional, and caters to her clients in the best way possible! Nina also works with many different musicians - harpists, pianists, vocalists, bassists, cellists, etc. Her ultimate promise is to provide a world class performance you will remember!

*Serious Inquiries Only, Please.
*Do Not Contact Me if you have faulty intentions.

We hired Nina for our wedding in January 2018 and found her through GigSalad. She was very easy to communicate with and prompt in responding to my questions. We did everything via online with no in person meetings, which honestly scared me at first, but boy did she deliver. She is an incredible talent that deserves all the bookings in the world. She played requested songs for our ceremony acoustically and a melody of hits on electric violin for our cocktail hour. I could not thank her enough that day and will be recommending her to everyone I know for any type of event that needs beautiful music.

Thank you SO MUCH for your kind words!! I had an incredible time performing for your wedding. I cannot thank you enough for selecting me as your musician.

Congratulations!!! I wish you guys the absolute best. Cheers!

Nina was seriously amazing! I booked her for my wedding incredibly last minute and she was both fun and professional in talking out both my expectations and hers because of the preparation time restraint. We gave her a lot of freedom in her choosing reception music and all of our guests loved her selections--from classical to 60's to 2010's pop, she rocked.

Thank you, Allison! Truly I cannot thank you enough for allowing me the opportunity to perform for your event! Best of luck to you, and congratulations!!!

Nina was professional, talented, and was flexible for my wedding! Highly recommend.

Thank you so much for your kind words! It was my pleasure to be part of your Big Day!

Nina did an absolutely amazing job for my sister's cocktail event prior to the reception.

Thank you SO much for inviting me to perform for her Big Day! It was my pleasure. Thanks again!

Nina did such an amazing job at our wedding. Our guests kept raving at how beautiful she sounded. Also she was so sweet to work with and so professional!! 10/10 recommend!!

I had never hired a performer to my house and had no idea how it would work out, Nina helped me with all of my questions and made my wife's Birthday one for the books. Thank you again, Nina, for making the night unforgettable!

Nina was professional and accommodating. Very nice! The music was perfect! Thank you, Nina!

Adding instrumental to your wedding is priceless!

Nina was lovely to work with from start to finish... she was our ceremony and cocktail hour violinist with a kind, loving presence at Bella Collina. Guests complimented her abilities plus vast repertoire. We hired her solely based on reviews which can be scary knowing you only have one wedding day. Nina performed primarily from our request list which was impressive. Communication was ideal especially with making last minute changes. Thank you again, Nina!!

Nina,
Was excellent. She was prompt, accommodating with our song requests and so friendly. Our family interacted great with her and her playing abilities were outstanding. We would never hesitate in hiring her again or recommending her for an event. Extremely pleased. My wife said that this was her best Valentines gift ever. Thank you Nina!

Thank you SO much for offering me the opportunity to perform for your event!!! It was definitely a pleasure being the surprise violinist!

I looked all over the internet for a violinist for our special day. Nina's pricing was beyond fair, her communication was outstanding and I felt totally confident in booking here on Gigmaster before meeting her in person. I was so blown away with her ability to meet my requests and appreciated the care she took in making sure our day was perfect. Nina did an outstanding job setting the vibes for our wedding. Our wedding was a small, 26 person wedding and without her it would have fallen flat! THANK YOU NINA!!!!

Nina was amazing! Our original musician cancelled on us the week of our wedding and Nina happened to have an opening for our wedding day. With less than a week to prepare, she was able to play all of our requests fantastically. She was also prompt and always responded quickly to our questions. We would definitely recommend her for your next wedding, cocktail hour, or event!

Nina was so professional. Although she primarily plays classical music she was able to accommodate the modern twist I request for my wedding ceremony. She made our day even that more special. I would definitely recommend her for other events.

Nina was very professional and always on time. She played every single wedding song to perfection we couldn't of asked for better!

If you're not 15 minutes early, you're late!

BEFORE SELECTING A PACKAGE, PLEASE NOTE THE FOLLOWING DIFFERENCES BETWEEN ACOUSTIC AND ELECTRIC VIOLIN:

Electric Violin: Amplified with Fishman Amplifier and an ability to reach nearly 400 people.
Ability to supply backtrack through amplifier, and ability to compose or arrange a special song request with customer backtrack created in home studio. Typically requested for more extravagant settings such as parties, wedding cocktail hour, corporate gatherings, and the like.

Hailing from Chisinau, Republic of Moldova, Nina and her family immigrated to America in 1992 — shortly after the collapse of the USSR.
After several years of Nina's strong urge and persistence to learn violin, her grandfather, who is a professional violinist, introduced Nina to the violin and began musical instruction at the age of 7. She immediately displayed signs of true, organic talent. She was performing for State of Florida officials at the age of 9 and never looked back. Nina is 4th generation direct descendent of Leopold Auer’s violin pedagogy. Leopold Auer’s most notable students include Jascha Heifetz, Mischa Elman, and Efrem Zimbalist. She attended art magnet schools throughout grade school, which led to a full scholarship to Interlochen Arts Academy in Michigan.
Nina's past strenuous classical music tutelage does not hold her back from being extraordinarily versatile. She has collaborated with Sofia Carson, OneRepublic, Chicago! on Broadway, STYX, Bernadette Peters, Time for Three, Ramin Djawadi, Andrea Bocelli, Michael Bolton, and many more. She has also had the privilege of performing under the baton of the notable John Williams, JoAnn Falletta, and Jun-Ho Pak, to name a few.
Nina recently relocated to Orlando, Florida with her husband and son. Her musical presence has already been made known - performing at local weddings, corporate gatherings, church services, Walt Disney World, Universal Studios, Florida Lakes Symphony Orchestra, Craig Turley Orchestra, and Orlando Philharmonic Orchestra. Additionally, Nina arranges and composes her own music. Stay tuned for her EP Album. She is also a private violin teacher, carrying a studio of 16 students, and an advocate for the arts in public schools, as well as street performing.