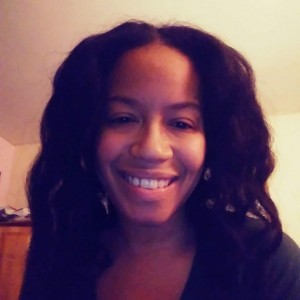 Nicole C. Lofton is a 36 year old single mom and young woman of God. Her faith has helped her get to where she is now and her passion drives her to where she hopes to go. She is a domestic violence advocate, a poet, and a life coach. She is also the founder of a nonprofit called Faithful Deeds Foundation. She is now the author of "The Women's Restoration Devotional" and "Because He Said He Loved Me: A short story about teen dating violence". At a young age Nicole has been through a lot and hopes to help people understand the purpose in their pain.

Be the first to review Nicole Lofton

Nicole Lofton is a anti-domestic violence advocate and certified christian life coach. After surviving domestic violence and other personal situations in life, Nicole felt led to advocate, educate, and empower others through her story.

Nicole has always had a passion for helping others and because of that she completed her BA in Psychology in 2007, and received her certification as Biblical Life Coach in April of 2012. Also in 2011, Nicole started her first blog on the subject of domestic violence which has gone on to garner a lot of attention and helped a lot of victims become survivors. Nicole’s blog “End The Silence, Stop The Violence” was also named one of the top 101 domestic violence resources on (link hidden). To this date, Nicole’s blog has over 85,000 views. Nicole’s blog has also been recognized by some organizations and even some celebrities.

In 2011, Nicole also started a petition to the NFL in efforts and hopes that they would acknowledge domestic violence awareness by wearing purple just as they wear pink for breast cancer awareness, which is in the same month. That petition has also garnered a lot of attention and even was the topic of an article on (link hidden). Since then, many others have started similar petitions in hopes that the NFL will give better education to their players as well as wear purple to raise awareness.

Nicole is also the founder of Faithful Deeds Foundation, a nonprofit that seeks to restore hope by being faithful and committed to those in need. Through Faithful Deeds, Nicole hosts a conference titled “From Pain To Purpose”, this conference was first put together in October of 2013. She is also a self-published author as of January 2013. Nicole’s faith plays a big part in her personal and professional life. She seeks to be a beam of light that allows people to see the connection between their pain and their purpose.