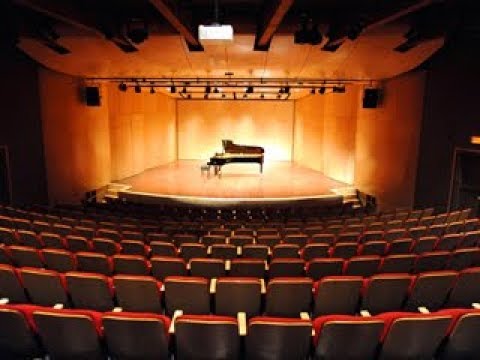 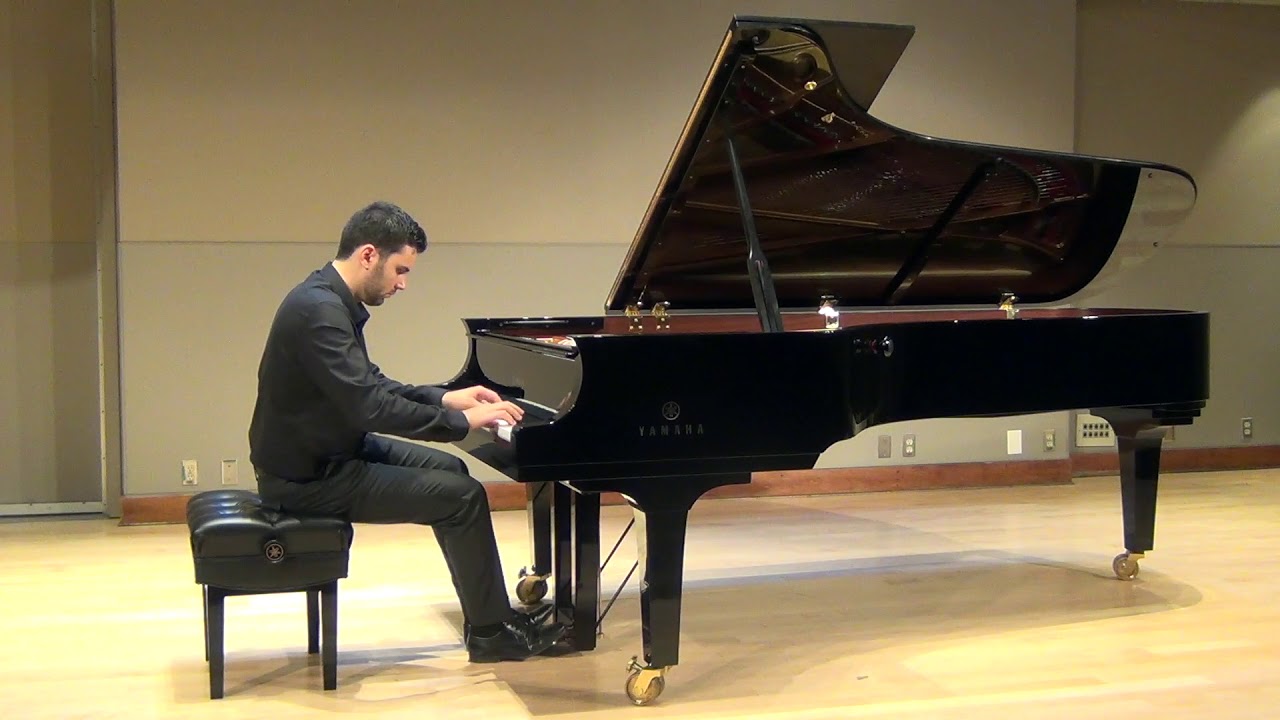 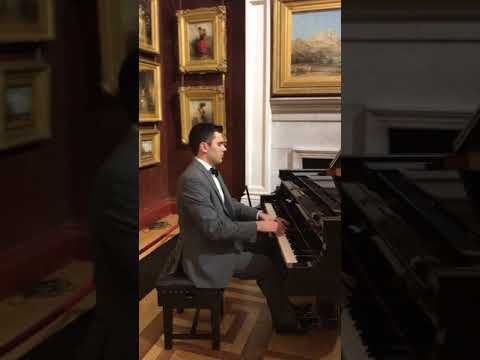 Warmup before James Bond gig (not bond music though) 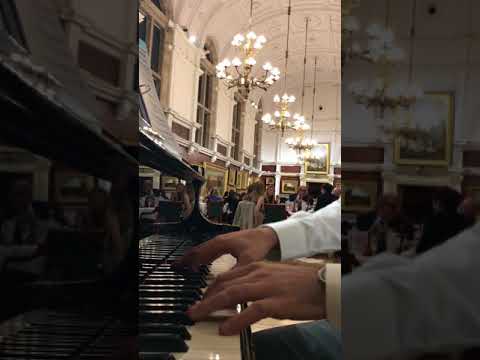 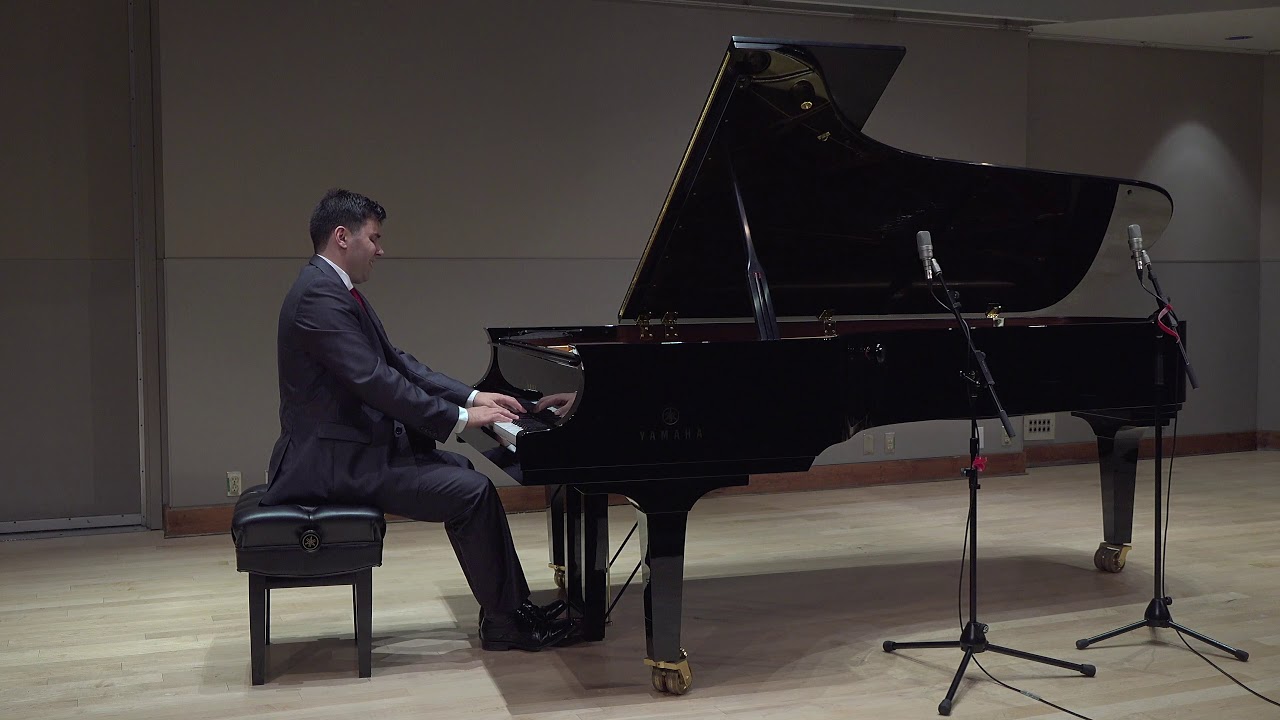 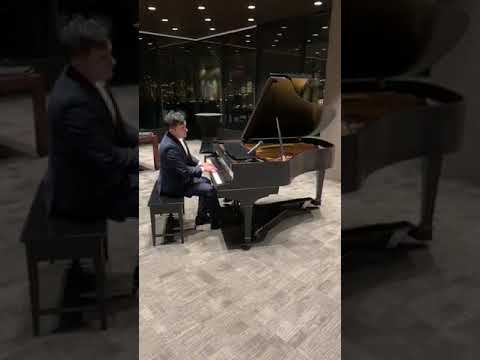 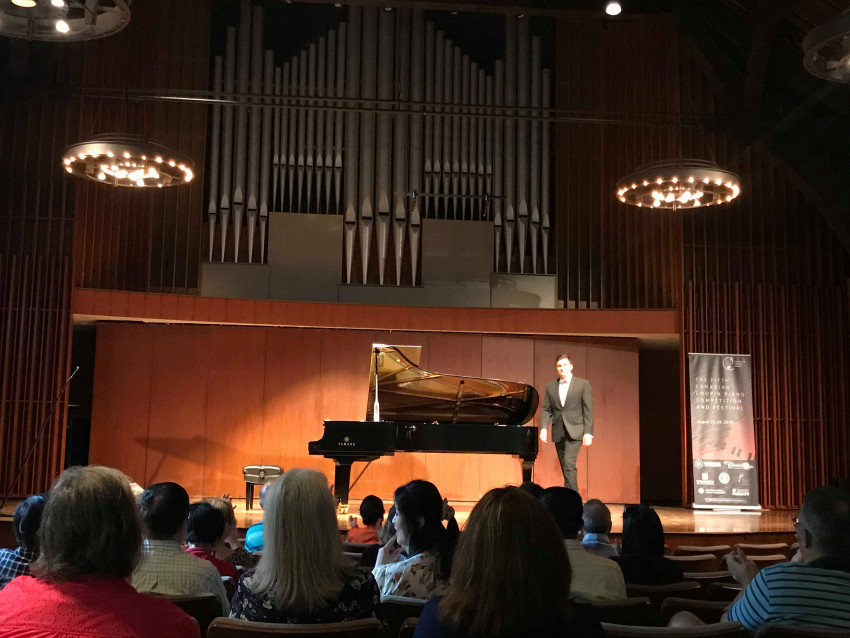 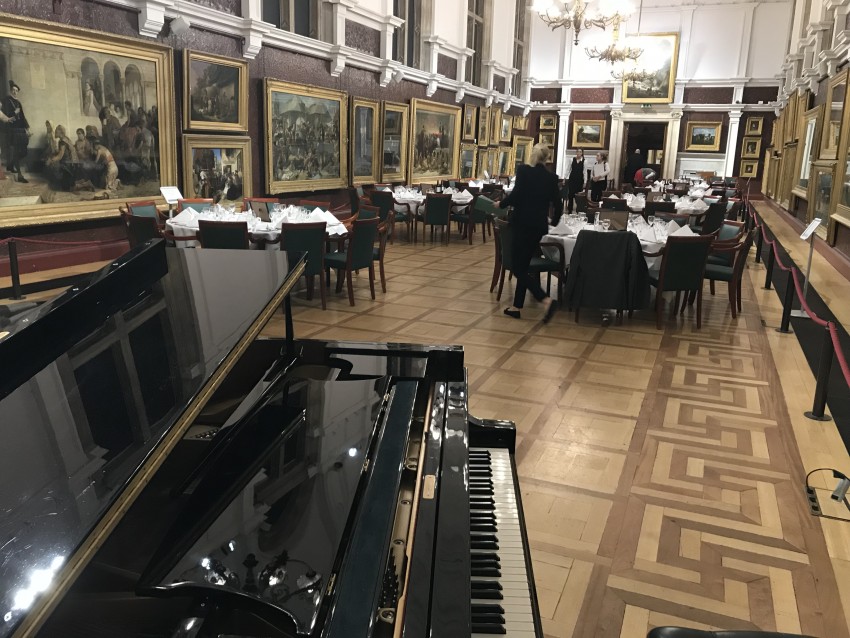 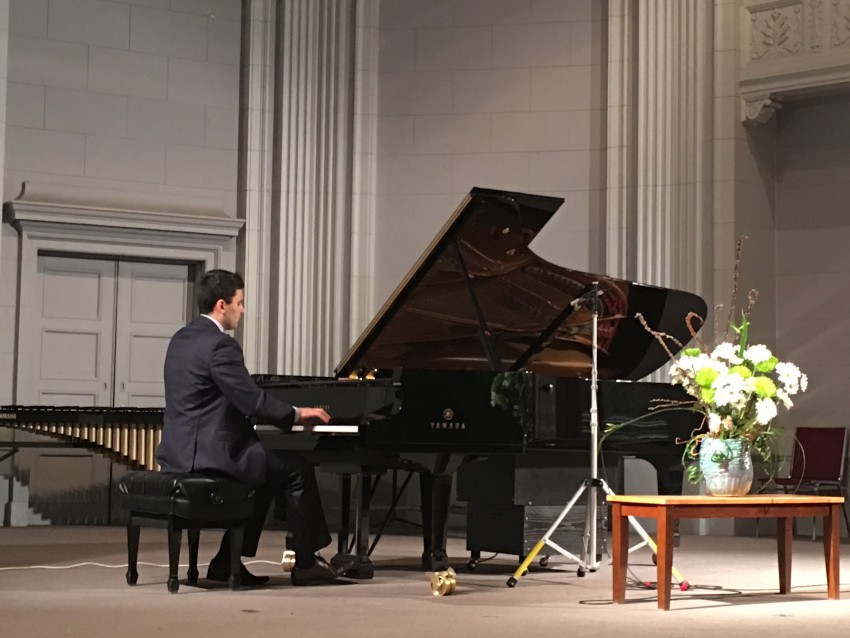 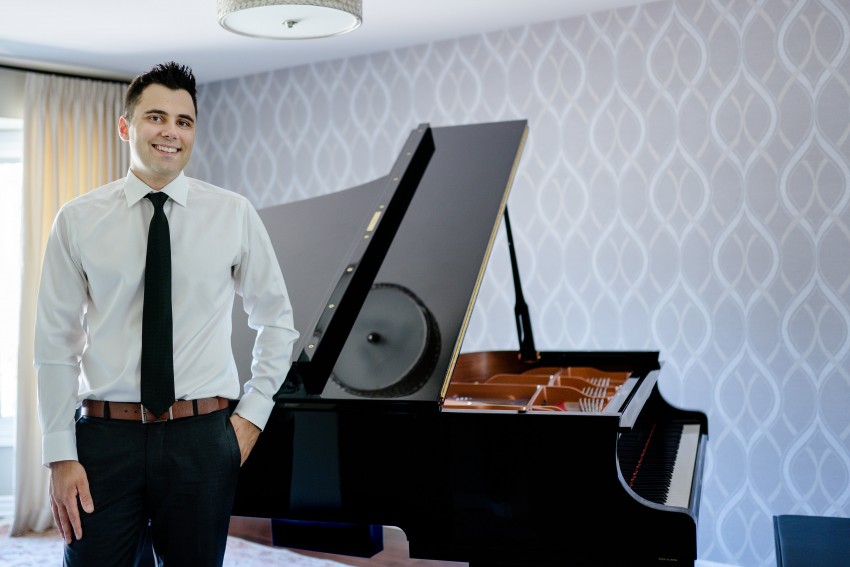 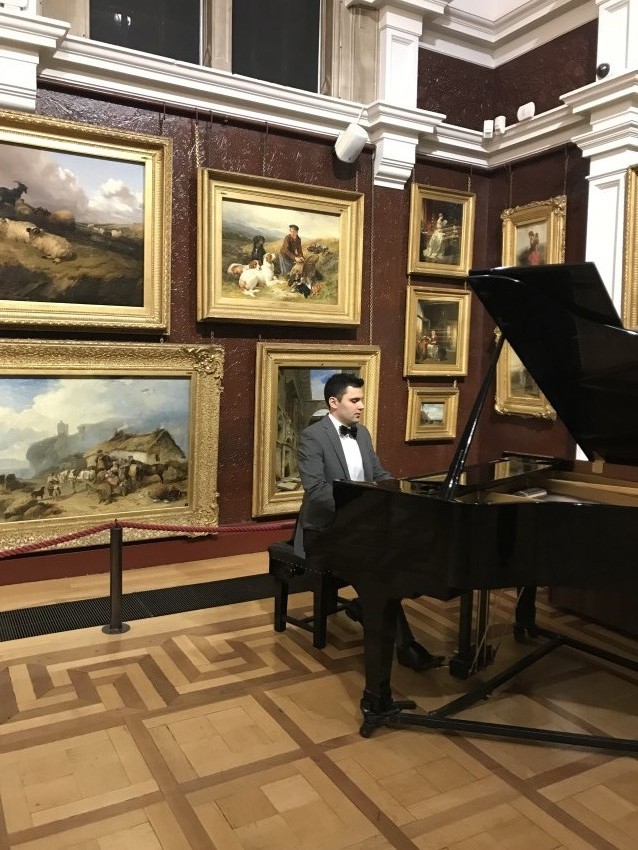 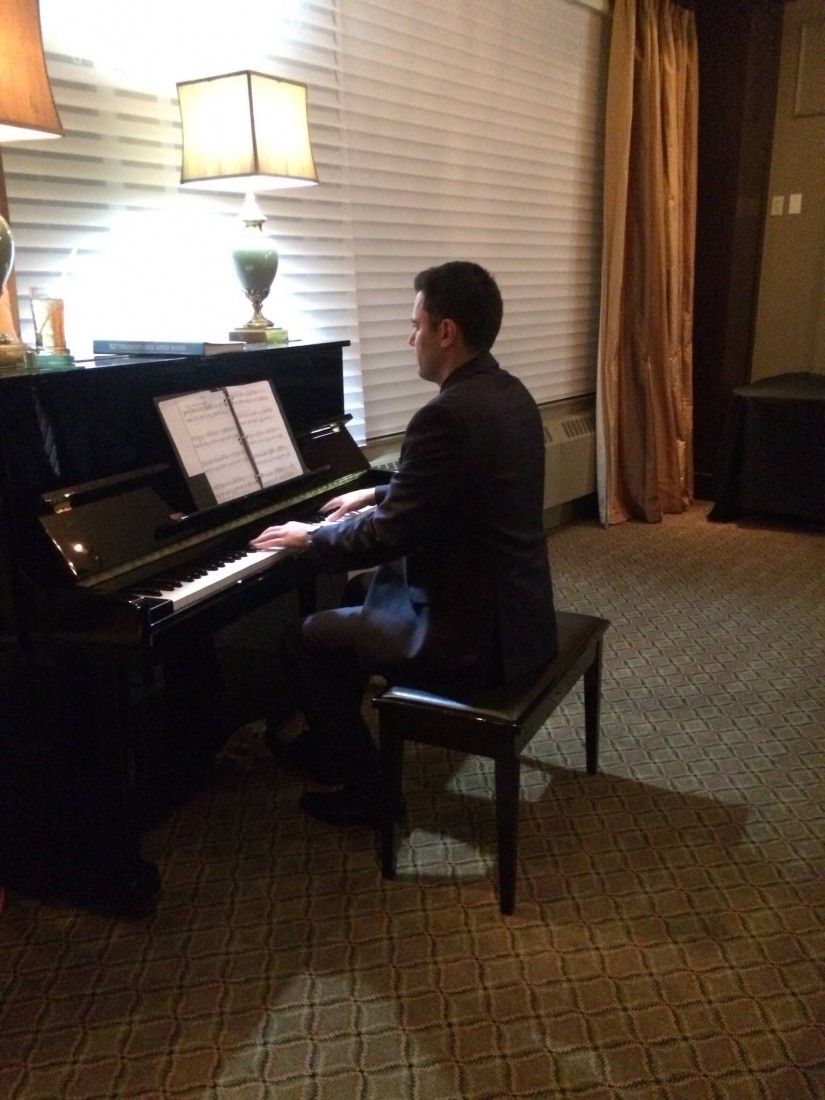 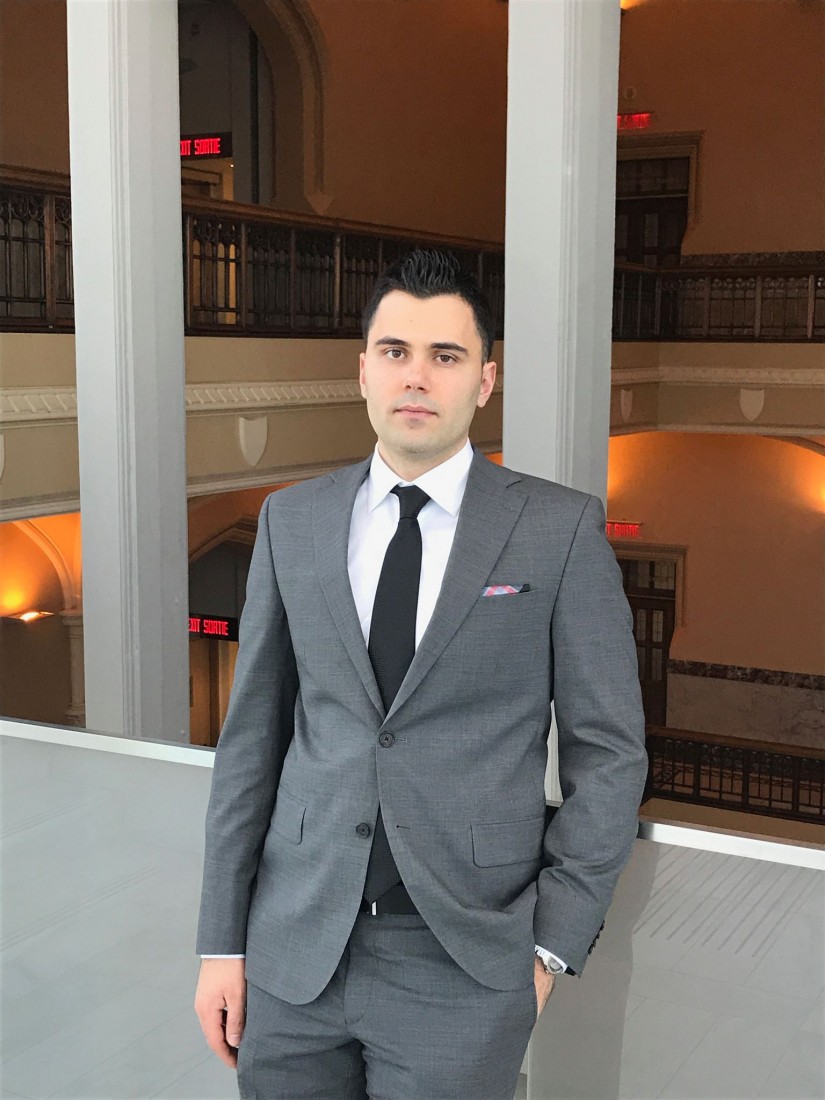 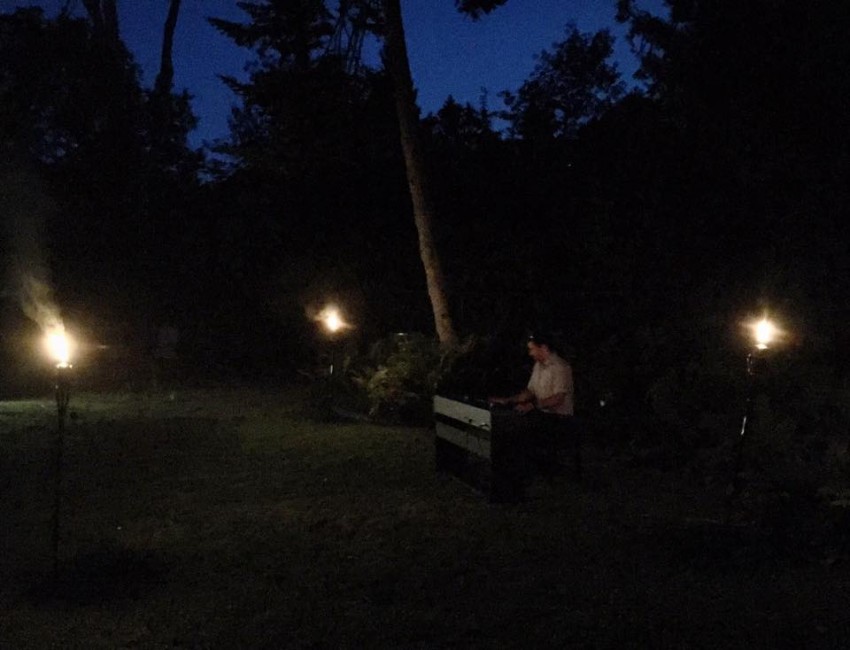 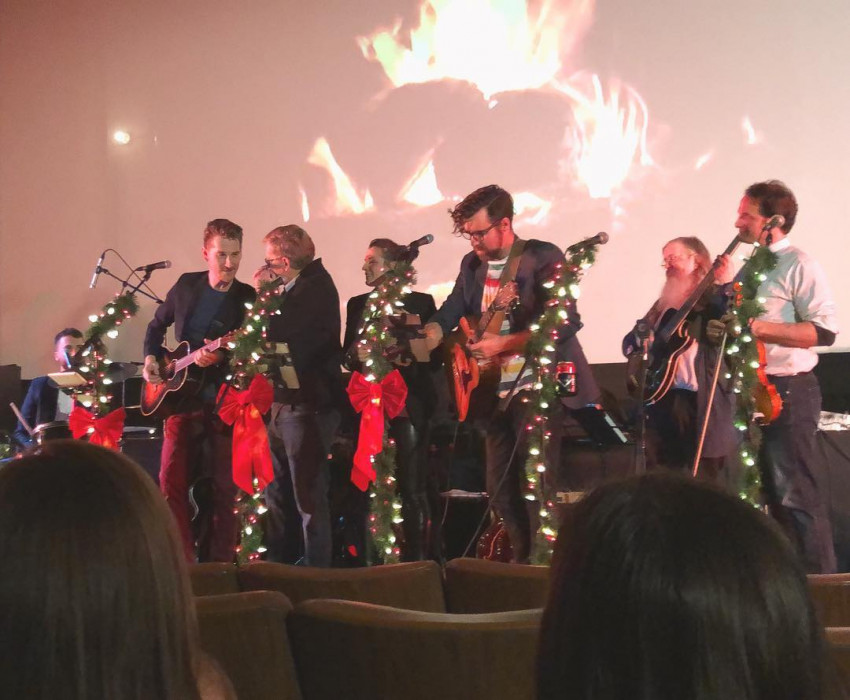 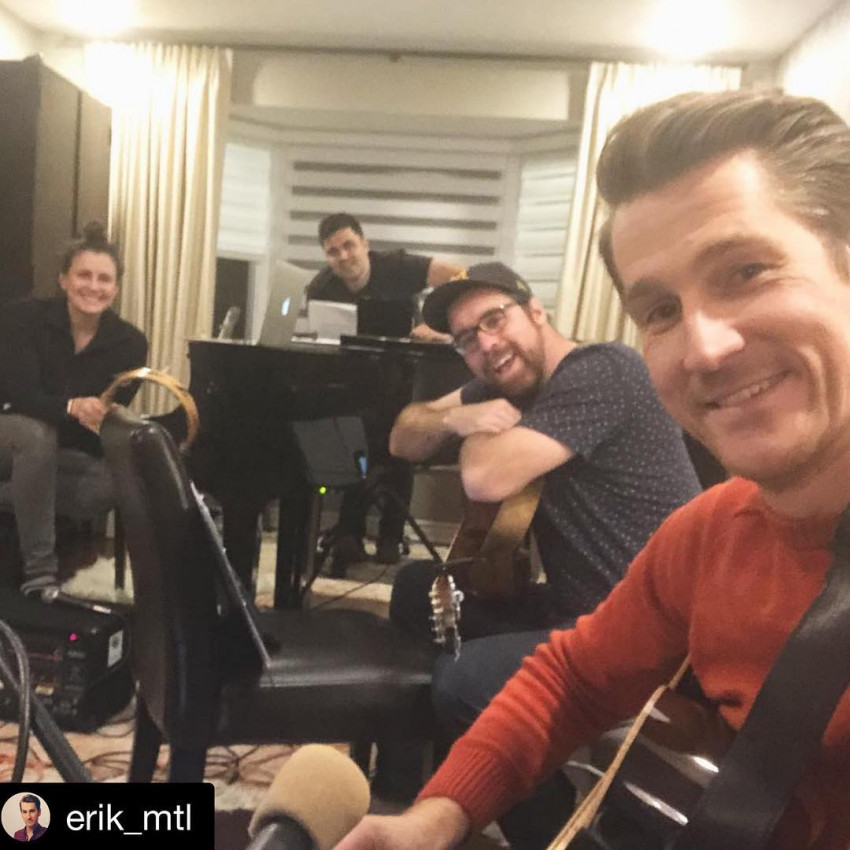 My goal is to make the music the most or one of the most special parts of your occasion. I perform large to intimate events, giving a concert, being live background music, or music during a ceremony. Whatever your taste - classical, jazz, pop, virtuosic or easy-listening - I perform it all!

Please get in touch if you’d like me to perform for your event! I should get back within 48 hours.

I own a Roland FP-90 digital piano and can supply amplifiers. I am a full-time performing pianist, and hold a Master's & Bachelor’s in Music and ARCT in Piano Performance. I perform ~70 events a year. Destination performances available upon request and availability.

I was planning a 50th birthday party for my sister and reached out to hire a pianist very late in the game (5 days before the event!). Nicholas was very responsive and flexible in the planning of the play list and even learned a couple of new songs for the event in a very short amount of time! He also played a beautiful classical piece that the guests enjoyed tremendously. I was delighted by Nicholas' highly collaborative, responsive, professional and fun nature, and the guests were dancing along to the tunes on the screen. Thank you Nicholas for making the event so special for my sister!
Anne-Marie

Dear Anne-Marie, thank you very much for the kind words! I’m so happy that the family and friends loved the performance. The whole performance and planning it with you was a lot of fun. What a great way to celebrate!

We had Nicholas play the piano at my husband's Surprise 50th Birthday Party. It was great working with Nicholas to prepare a list of songs ahead of the party. He was very professional and easy to work with. He took the time to meet with me ahead of time to review his process and song selection. He is quite approachable and great at playing a variety of pieces. Our guests quite enjoyed his music and had a fantastic time :)

Thank you so much, Nina! It was really really nice performing for your husband's 50th! You were super easy to work with from the moment you contacted me. And, you have a beautiful home and family :)

We booked Nicholas on extremely short notice for my mother's funeral. He was very professional and took it upon himself to coordinate with the Church. We felt that he truly cared, and worked very hard to accommodate our selections and choose just the right arrangements. Since we really wanted singing, he recruited his friend Gabor Desmond Hegedus, who also accompanied with violin and recorder. Together they gave a generous and heartfelt performance. The music was incredibly beautiful and moved me, and others, to cry. We will have lasting memories of my mother's farewell.

Thank you for your kind words, and my condolences once again. Everything I did for the funeral came from the heart.

I offer music to fit the needs of your event. Here's what to expect in the process:

INTRODUCTION ✅
Let's meet or talk! What questions do you have? I have experience performing for many events and can help answer questions and make suggestions, depending on the event and your needs.
This is done in a 30-minute consultation (phone or in-person).

AGREEMENT ✅
Should you wish to reserve my services, I require a signed contract along with a deposit. I will also require song choices by a certain date.

LEADING UP TO YOUR EVENT ✅
I'm available! I prioritize my clients and make myself readily available for ongoing communication.

There are so many different types of events I've performed in, of different styles and genres..that's what makes it so much fun! I am quite booked, so if I'm unavailable, I can recommend an experienced pianist or other musicians you are seeking.

Thanks, and happy planning!

Nicholas Deek grew up in a very musical family. His mother, herself an excellent pianist, gave Nicholas his first piano lessons. He holds a Bachelor of Music degree in Piano Performance from the University of Ottawa, where he studied piano with Dr. Stéphane Lemelin and Andrew Tunis. His other piano teachers include Judy Ginsburg, Sandra Webster, Fred Lacroix, and David Jalbert.
​
With over 75 performances a year, Nicholas has a very active performance schedule. He has been the featured soloist at various events including weddings, funerals, cocktail hours, fundraisers, Christmas parties, church services, as well as solo recitals. In 2017, Nicholas accompanied the Ewashko Singers chorus at the National Arts Centre for the Broadway POPS shows with maestro Jack Everly. Highlights of Nicholas’s performing career include performing for organizations that help make a difference to those in need. In 2016, along with his quintet, Nicholas performed for a fundraising event for Capital Welcomes, an organization launched in 2015 to aid Syrian refugees integrate in Ottawa. In 2013, Nicholas organized and performed in a solo benefit concert for Just Equipping, an organization that provides relief to refugees in Rwanda. As a performer, Nicholas connects with audiences in delivering elegant and passionate performances in a wide range of styles and genres including virtuosic solo recitals. Nicholas has been part of many ensembles and frequently collaborates with other musicians and vocalists.
​
Nicholas was a quarterfinalist in the 5th Canadian Chopin Piano Competition (2019) and has competed in the Canada Music Competition and the Kiwanis Music Festival. He has performed in classical, jazz & contemporary ensembles, as well as accompanied singers and instrumentalists. Nicholas has a guest artist in the Orford Academy of Arts Music Festival in Orford, Québec, where he performed Beethoven and Chopin. Nicholas has also been a guest artist at the Tuckamore Chamber Music Festival in St. John’s, Newfoundland. With a passion for performing, he has participated in numerous masterclasses, including Chamber Music masterclasses with members of the Gryphon Trio & Afiara String Quartet; Art Song masterclasses with Michael McMahon and David Lutz; as well as Solo Piano masterclasses with Jean-François Latour, Evelyne Brancart, Ursula Oppens, Jamie Parker, & Jean-Paul Sévilla.
​
In January 2018, Nicholas was accepted to study music at the Master’s level at Royal Holloway, University of London, where he studied piano with James Kirby, Matthew Stanley, and Mary Dullea, as well as composition with Aaaron Holloway-Nahum, electronic music with Chris Whiter, and music theory. Nicholas enjoys travelling for performances (including USA, UK, and across Canada) as well as teaching private piano and theory in Ottawa.