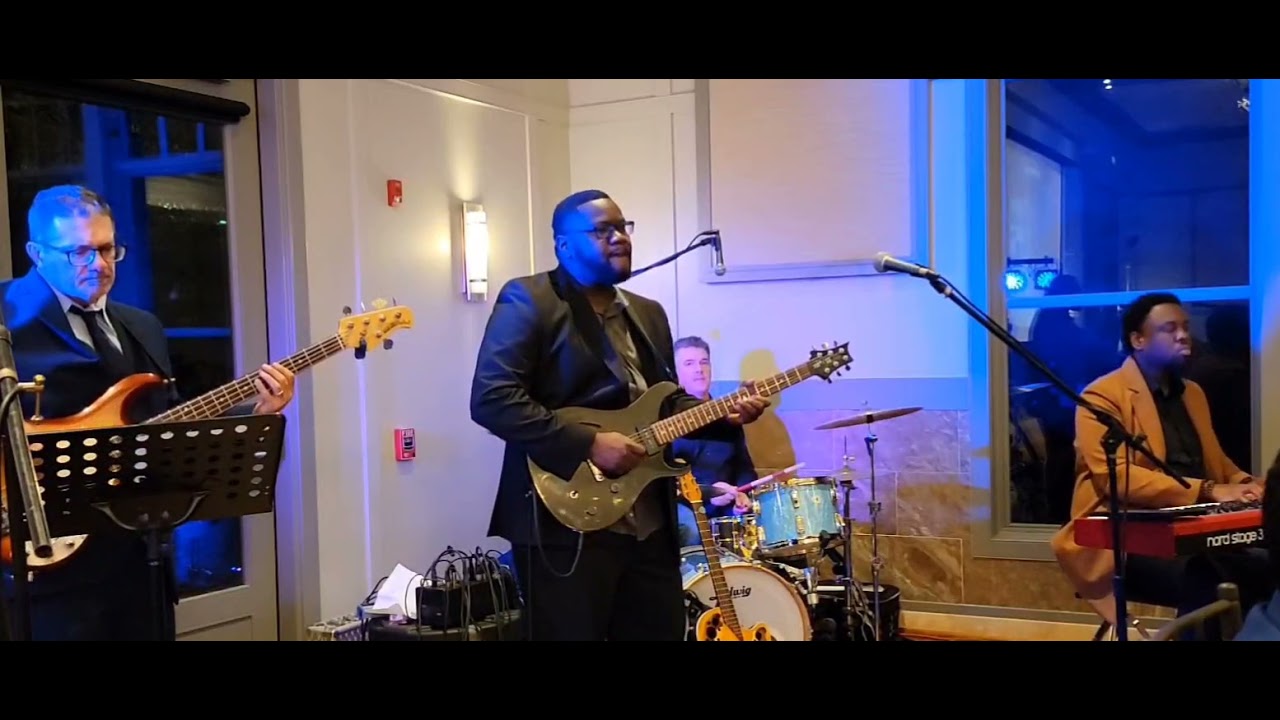 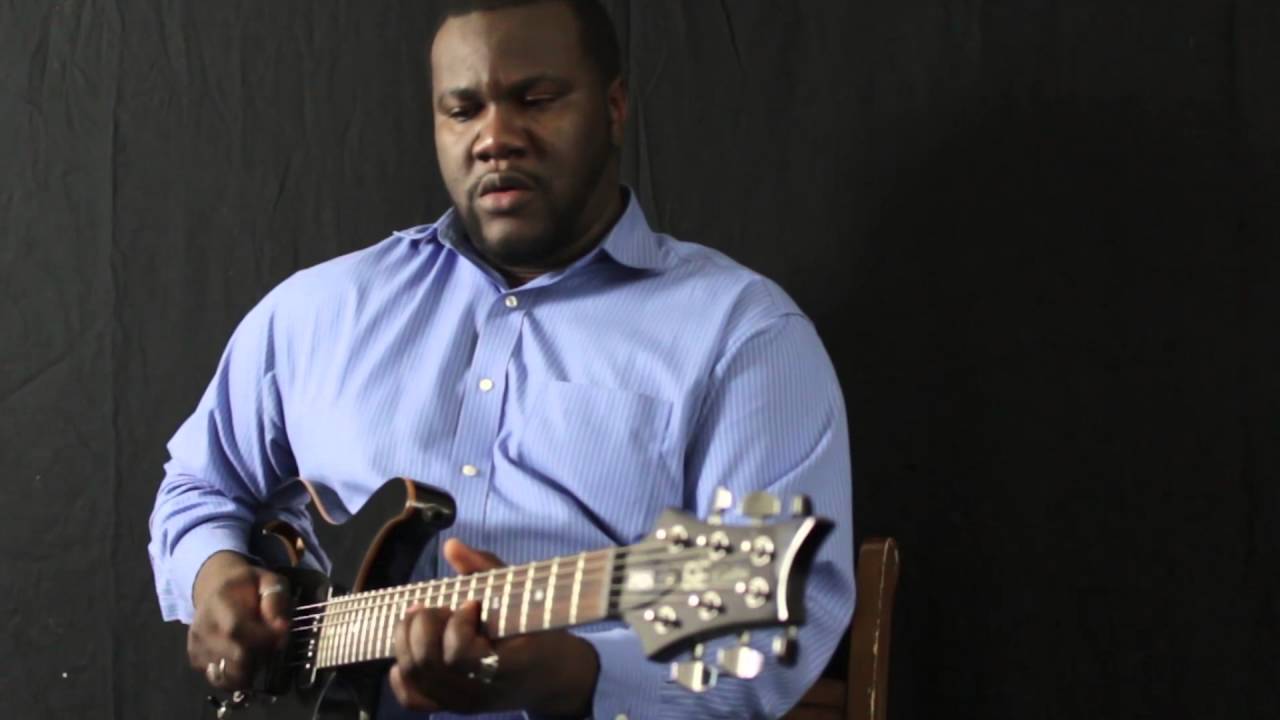 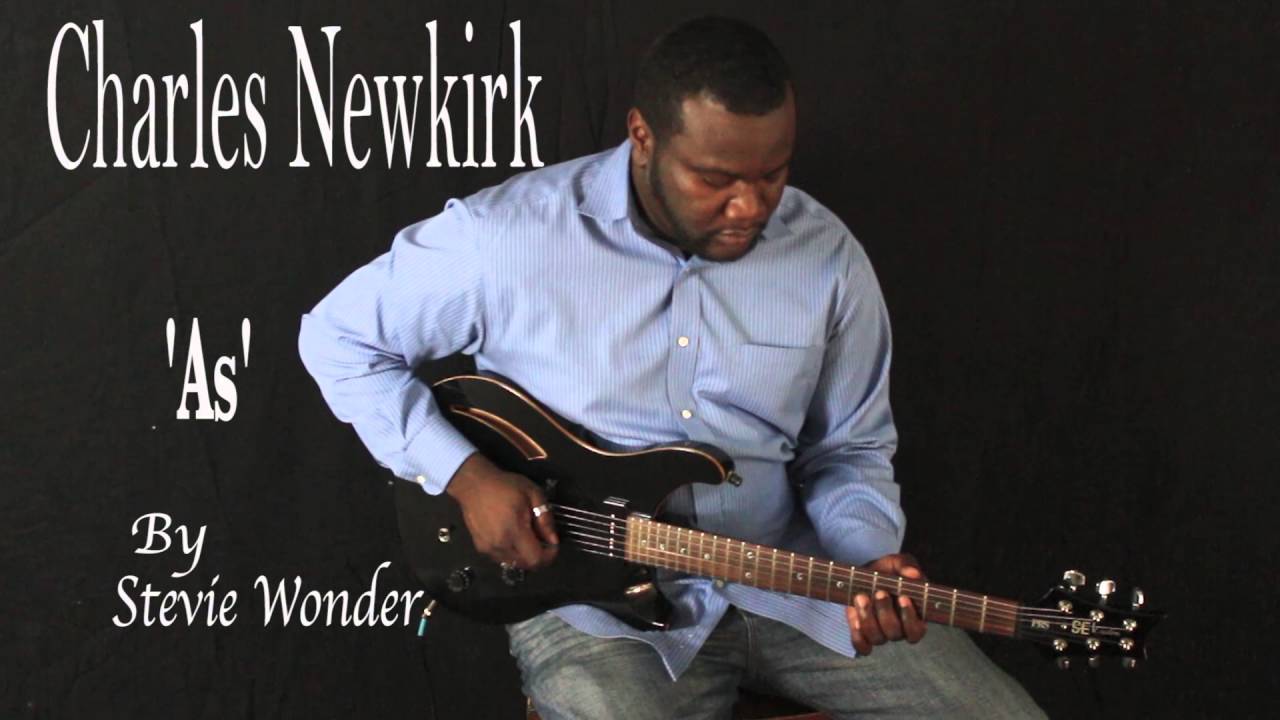 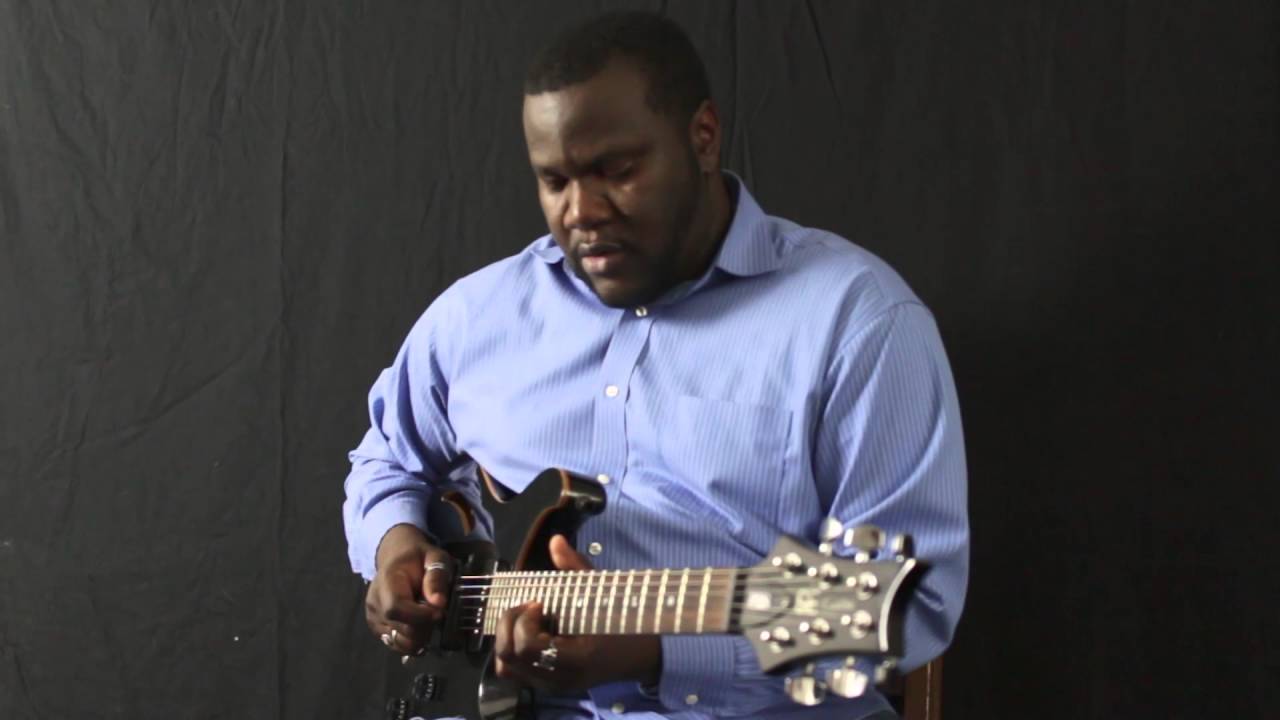 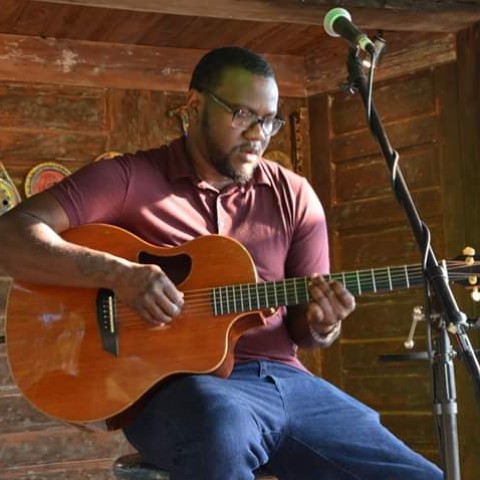 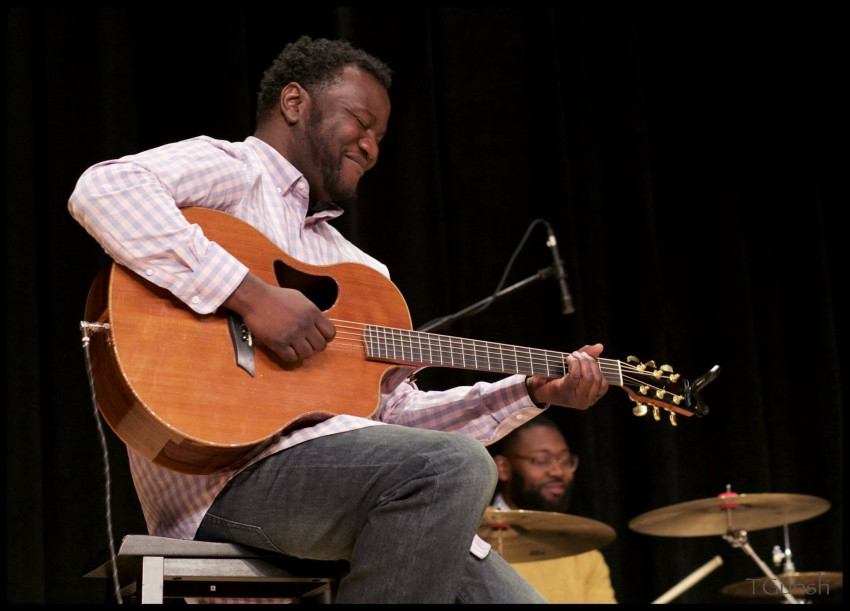 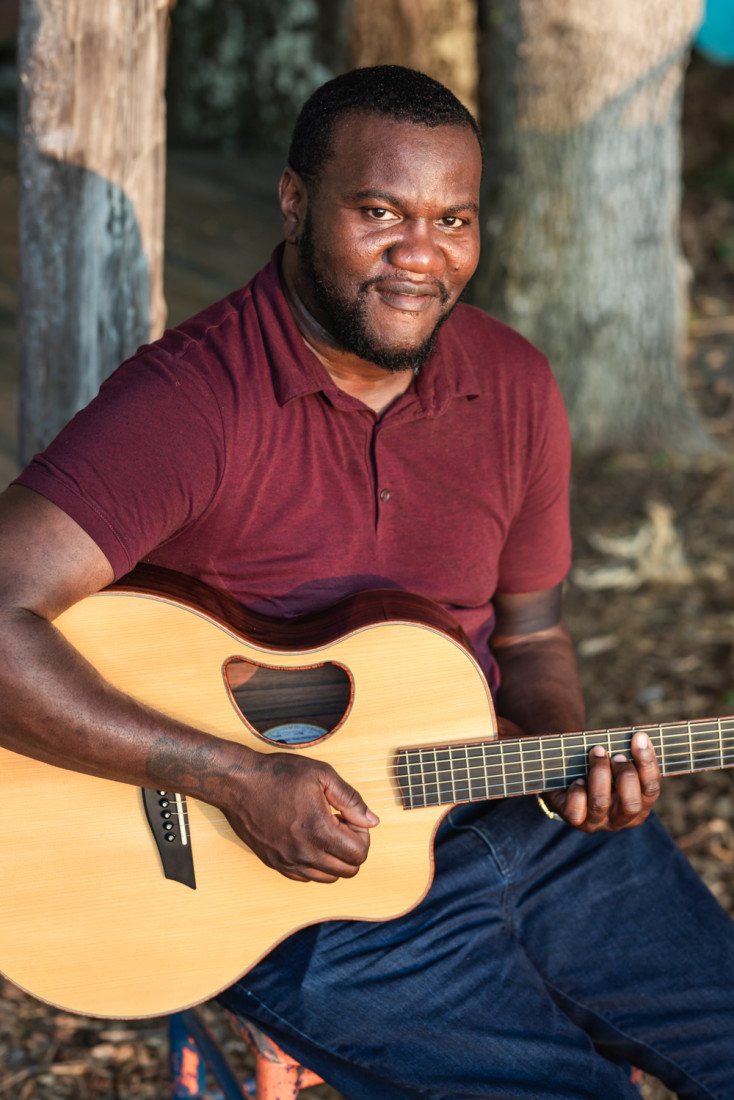 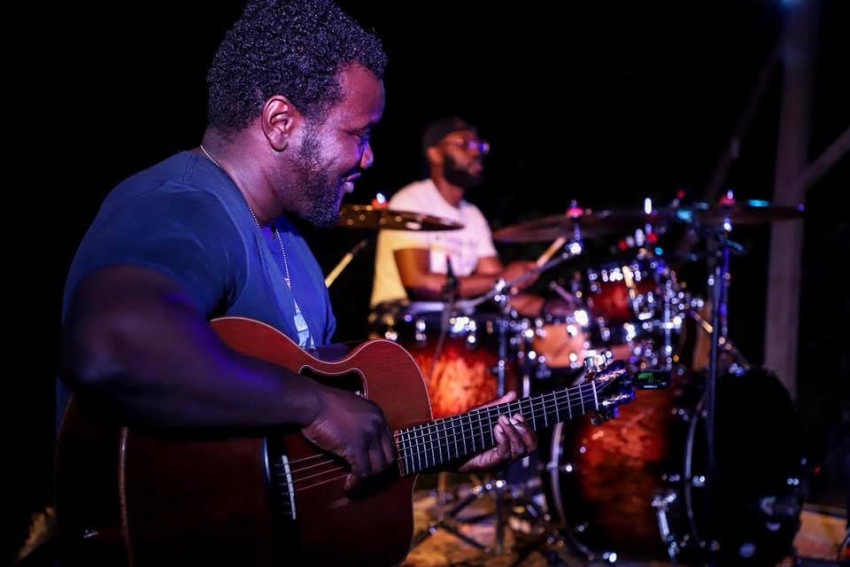 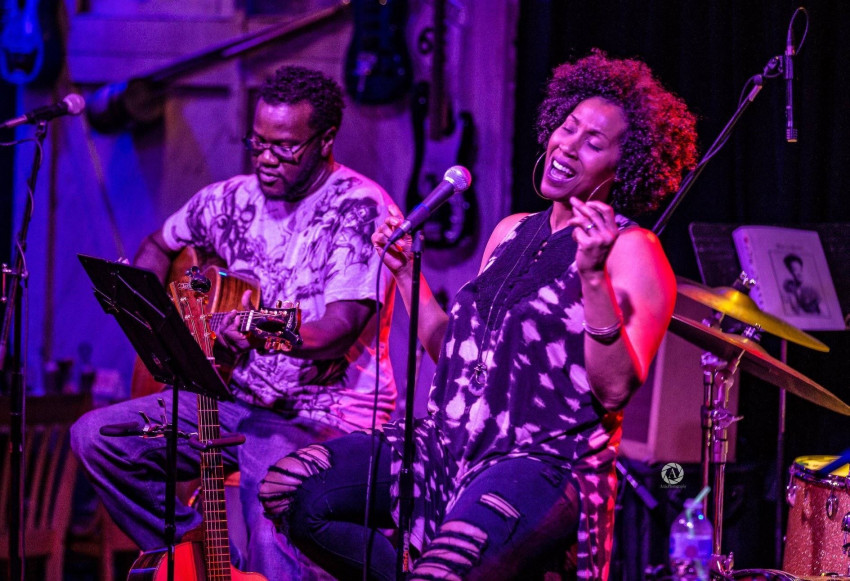 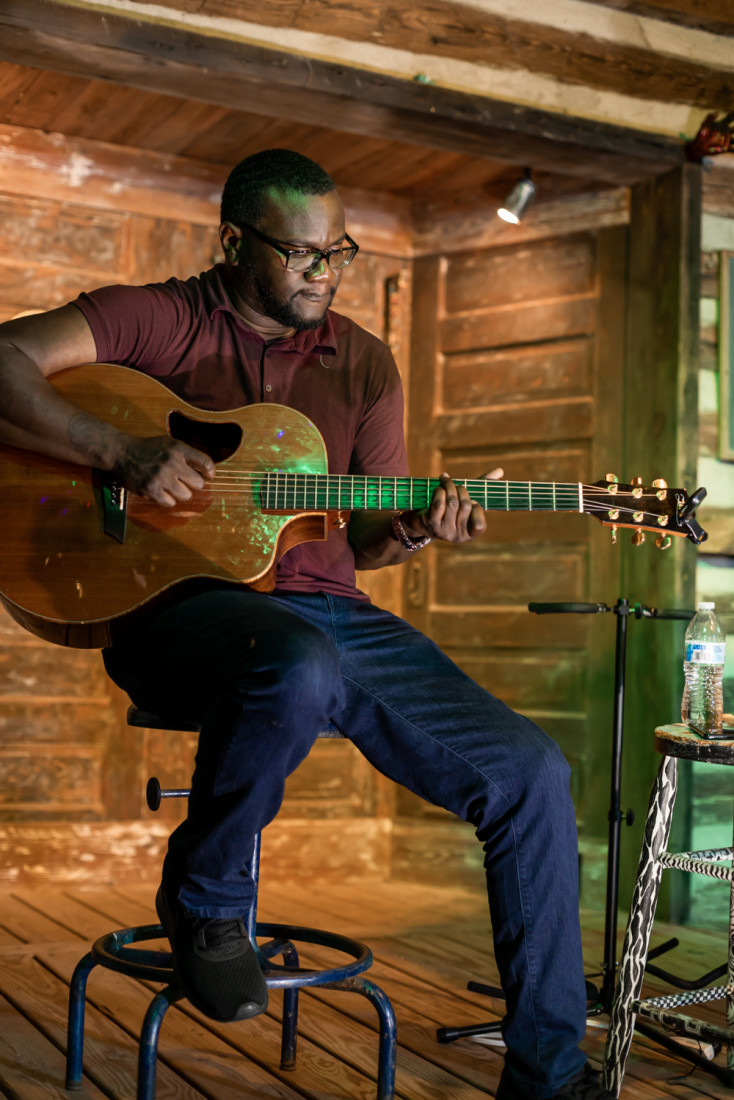 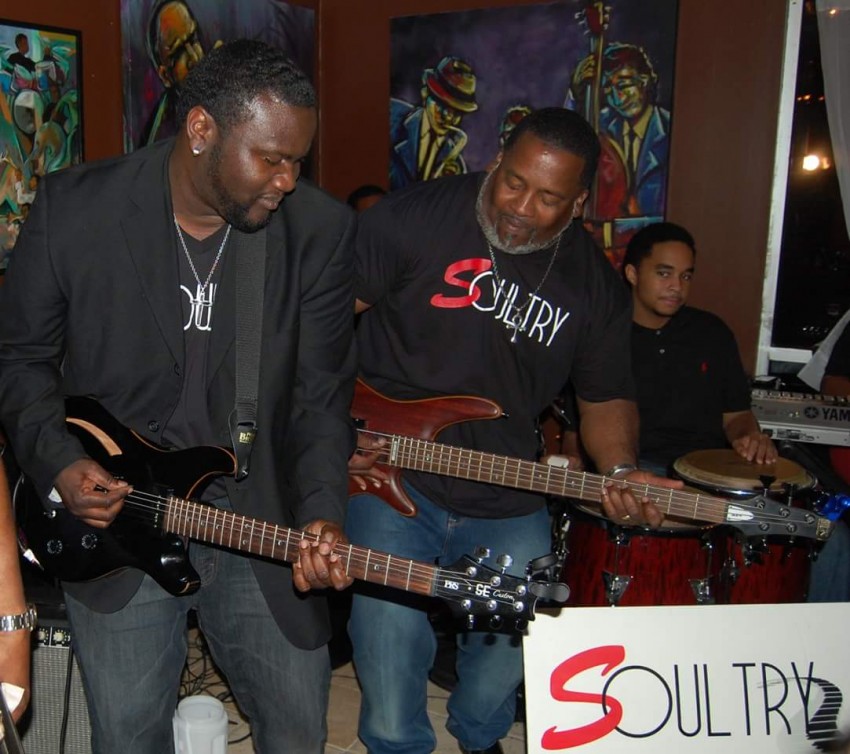 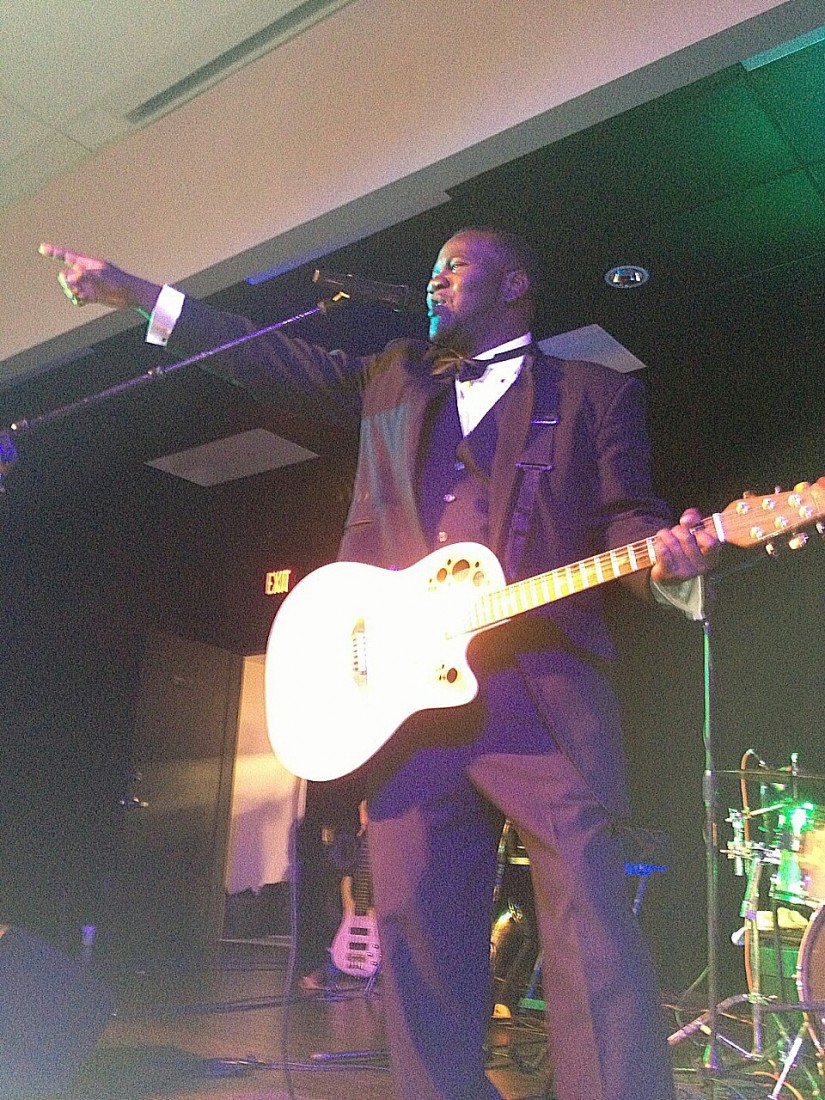 Charles Newkirk (Guitarist) is a Grammy nominated musician, composer, and songwriter who has established a career as being one of the most versatile live entertainment providers in the North Carolina area. Whatever your event needs may be, he will provide the perfect blend of music to entertain all audiences for any occasion.

The bridal chorus (here comes the bride) is done with a unique guitar arrangement for the ceremony; as well as other soothing instruments (vocalist is always optional). Smooth jazz and tradition jazz guitar for the cocktail hour!

Wow! Such a great performance by Charles! Charles was the absolute perfect addition to our wedding day. His music was wonderful and we loved every song. He followed every song request that we made and took cues perfectly during the event. We strongly recommend Newkirk music to make any event even more special.

Charles played for a small, intimate dinner party that we had at our home. He was professional, personable and played a great mix of music for us.

Fantastic in every way!

Charles, EG, and Sharonda provided the perfect atmosphere for our family celebration. 3 generations were emotional about the playlist and the artistry of the music. We are planning more events where we can invite them!

Thank you so much Ellis; we really enjoyed providing the entertainment for such an awesome occasion and look forward to future events!

He played for our son's rehearsal dinner and welcome party and did an outstanding job! Very professional and talented. Everyone was truly impressed!

Perfect for the atmosphere

As expected but better. Everyone loved it,

Thank you Dan! Charles really enjoyed playing for you all. We look forward to working with you again in the future!

Charles is so incredibly talented! We hired him as our ceremony and cocktail hour musician for our wedding. Everyone raved at how good he was - even the venue coordinators came up to me to sing his praises! He played acoustic guitar for the ceremony and switched to electric guitar for the cocktail hour. His song list has a wide variety which will fit any event. He was such a pleasure to work with and I would absolutely hire him again!

He was very professional and his music was excellent. We absolutely recommend him for your event

Charles Newkirk provided beautiful solo electric guitar for my son’s Wedding Ceremony. He arrived in plenty of time to set up to play beautifully. The Bride and Groom enjoyed him very much!

We did a walk through and he was very nice and welcoming. His musical prowess is top notch.

Charles was great, all our gusts loved him. Highly recommended!

I hosted a virtual Holiday Party and booked NewkirkMusic. Best decision I made. It was just the right touch my party needed. It being virtual, I didn't know what to expect. But everything ran smoothly and my expectations were exceeded. Charles is very professional and extraordinarily talented. His creativity paired with his musical ability, made my event a hit! Will book again for sure.

Thank you so much for the kind words!

Charles Newkirk was incredible! So professional in every way. He did exactly what was agreed upon and yet went with the flow, I highly recommend him!

Thank you Barbara. It was an absolute pleasure working with you!

Awesome!!!!!! I will definitely use his services again as well as refer him to my friends. 😊

Hired as:
Guitarist, One Man Band

We had Charles play for our VIP event at the Greensboro Coliseum and he was early, prepared and played magnificently! Easy to work with and a wonderful, full sound.
A delight for our cocktail party!

Thank you Bonnie. It was a pleasure working with you. Everyone was nice and super helpful!

We had Charles play at our dinner party. Couldn’t have gone over better. Will definitely have both Charles and Sharonda back.

Thank you Brittany. It was an absolute pleasure meeting and working with you and your husband. We look forward to more events in the future!

Charles played at a small fundraiser we hosted and it was the perfect addition to the atmosphere. His music was upbeat and not overpowering for a small group (although I'm sure he would do great in a bigger crowd as well). I highly recommend him, and look forward to having an opportunity to use him again for a future event!

Thank you so much Kate! We truly enjoyed providing entertainment for such as awesome event and look forward to working with you again in the future!

The music of Charles Newkirk was all joy during our private wedding reception. Our guests were blown away with his talents (acoustic and electric guitar) and his willingness to join my husband and I ( (both musicians) in an impromptu jam session. Even the guests joined in with percussion and dancing. It was certanly a night to remember and I highly recommend Charles Newkirk. Before the event, his company worked out the many details in advance. Mr. Newkirk was an outstanding addition to our perfect wedding. Call Charles Newkirk, only if you want the best!

Thank you so much Janice! Charles absolutely loved jamming with you and your husband. Congratulations!

Perfect For The Occasion

Played nice selections for our cocktail party. Music put everyone in a good "groove"--so much so, that we had difficulty getting people to move on to the sit-down dinner. They were enjoying themselves and the total vibe created. Wished we had planned more than an hour for cocktails. Certainly would book again.

Thank you Michele! We look forward to working with you again in the future.

We were very happy with the music. There were many compliments about the music from the Event Planners. Some of the guests were really getting into the music. This set the exact atmosphere we wanted. We will definitely keep you in mind for future events.

Thank you so much. Charles really enjoyed providing the entertainment for this event. We look forward to working with you again in the future!

Professional and Easy To Work With..

Charles was able to learn my set in a relatively short amount of time and with only one rehearsal with me and my band. He was on time for rehearsal, for the actual gig, and played well.

Thank you Orlando. I really enjoyed playing with you and your band; looking forward to future events.

Newkirk Music was more than expected! The music was phenomenal and they ensured I was satisfied with the production throughout. I will refer them and will request their services for future events!

Thank you Jenise! It was an absolute pleasure working with you; we look forward to future events!

Charles was professional and extremely talented. All of the guests raved about him performing and loved the ambiance of the event. Thank you so much!

Great isn't accurate enough. Charles was phenomenal. We had a cocktail party of 100+ under a tent in the pouring rain and nobody cared about the rain. Charles played great music and was wonderful. I received numerous compliments on him. He's talented, professional and set the perfect atmosphere for the party. Huge thank you to him. If you want a great musician and really nice guy book him now. Thank you Charles. Absolutely perfect !

Charles and Akia were wonderful. I was in contact with Charles frequently over the course of the year between when I booked them and the wedding date. He always responded promptly and professionally. Charles and Akia are extremely talented and I would recommend hem to anyone. The ceremony and cocktail hour music was phenomenal. Thank you for being a part of my big day!!!

I booked Charles for a celebration of life for my mom. It was an upbeat celebration, and meant to be fun. They were PERFECT!! They communicated often throughout the planning. Their set list was great, but what made it even better was their infectious love for what they do. Her voice is amazing, and the way they feed off one another is art. I'm critical too because I'm married to a musician.
Book them...because you will NOT be unhappy.

We used Charles Newkirk and friends for a recent fundraising event. They were perfect for what we needed. Light music during the cocktail hour then more lively music later in the evening. Akia Victor is such a talented vocalists. And they fit within our nonprofit budget! Will definitely use them again in the future.

I can honestly say that the music Charles Newkirk provided was top notch! PJ and Liz are both SUPER talented artists that will be sure to add that something extra to any event you may be having! They were SUPER easy to work with and VERY responsive via phone and email which was awesome! If you are looking for top notch musical entertainment for your next event, contact Charles and he will do you right! Thanks again PJ and Liz, you guys were the best vendors I worked with through the hectic wedding process!

Charles Newkirk grew up in Raleigh NC, listening to the sounds of gospel at his church. He would watch the excitement of the musicians as they played their hearts out. This sparked an appreciation for the emotion and sanctity of music. Though he did not play at the time, he would marvel at how the power music could change one’s mood. He began to try different instruments. It makes sense that he would choose to play guitar; his father also plays. There were three other guitarist in the church. All of them with different styles of play. One had a background in funk, another blues, and the other R & B. His father played old time gospel. This gave him a great appreciation for different styles of music.

With plans to go to college for engineering Charles made a change to pursue music. He proceeded to attend NCCU for a BM; concentration in jazz performance. Jazz was not his passion but was a great foundation to understand and learn any style of music. He completed his studies and his music journey began.

For over 2 decades, Charles has worked with various artists and cover bands, as well as give back to the church that inspired him musically. He does and has directed, taught, led bands, compose, write, and produce music.