Back to Steel Drum Bands 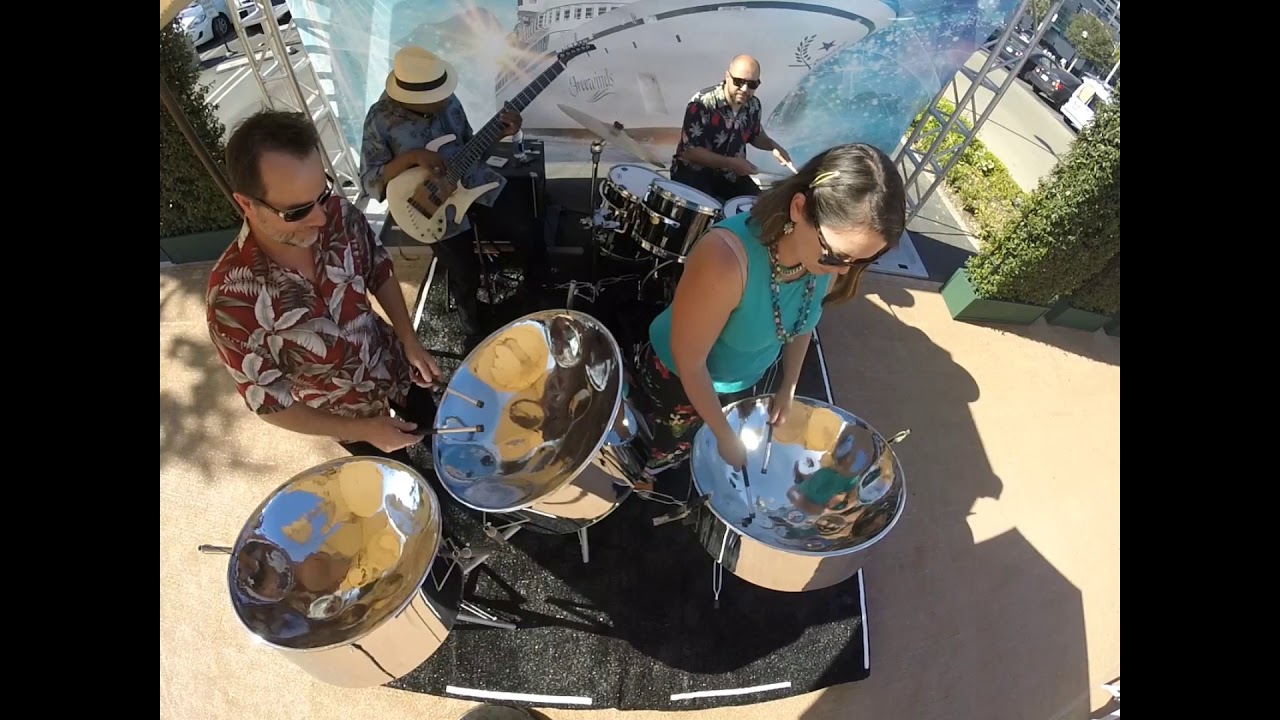 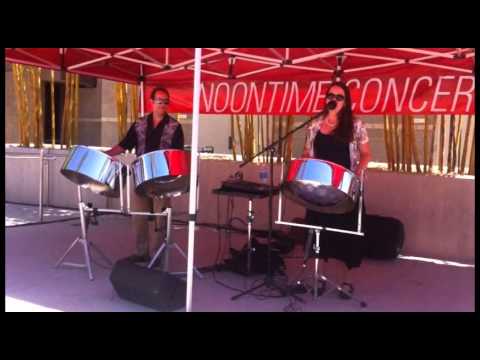 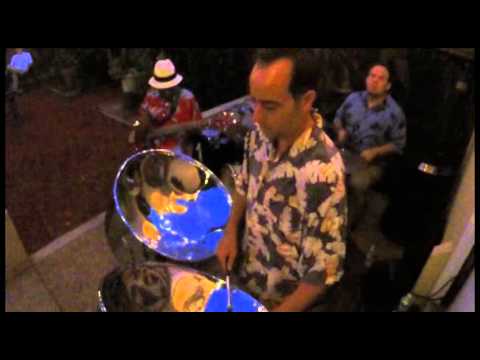 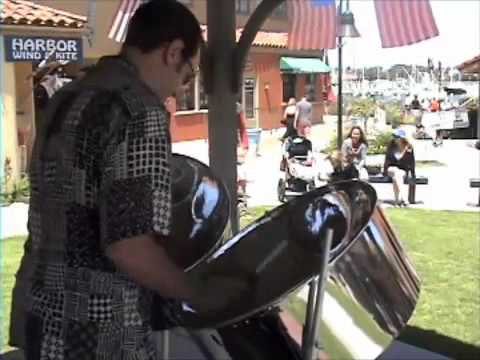 Nesta Solo (inst. only) - Somebody

Is This Love (Quartet)
Bob Marley 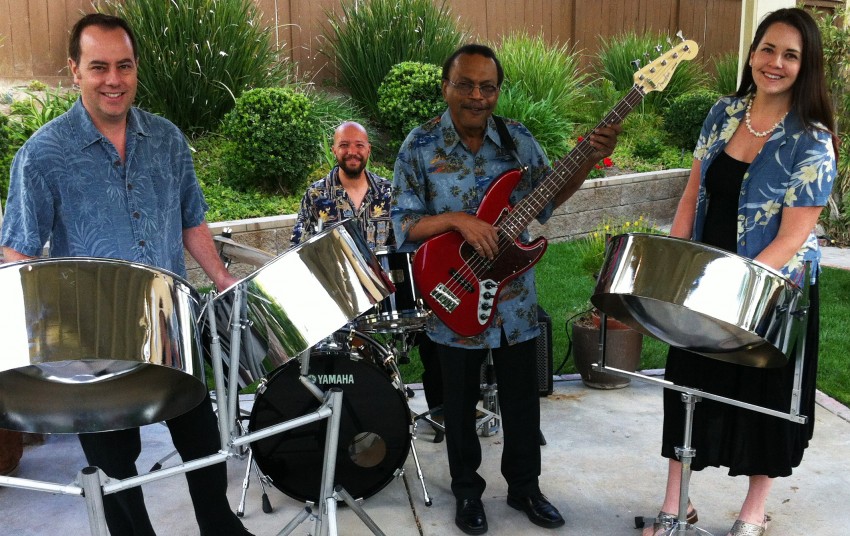 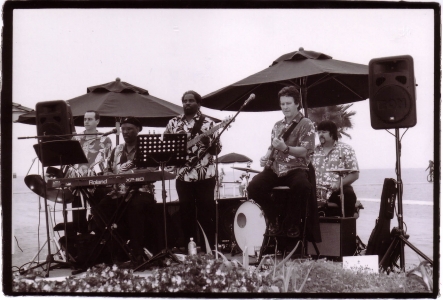 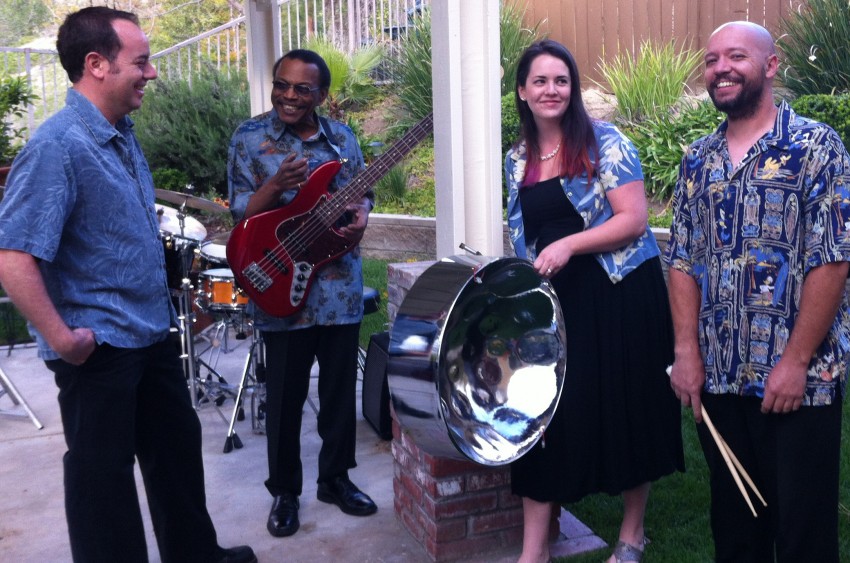 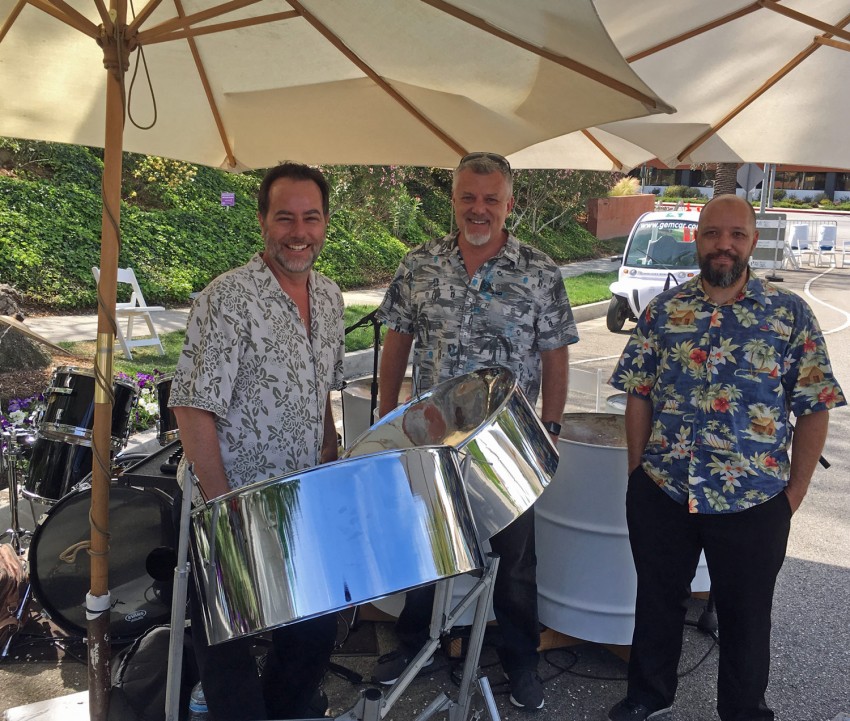 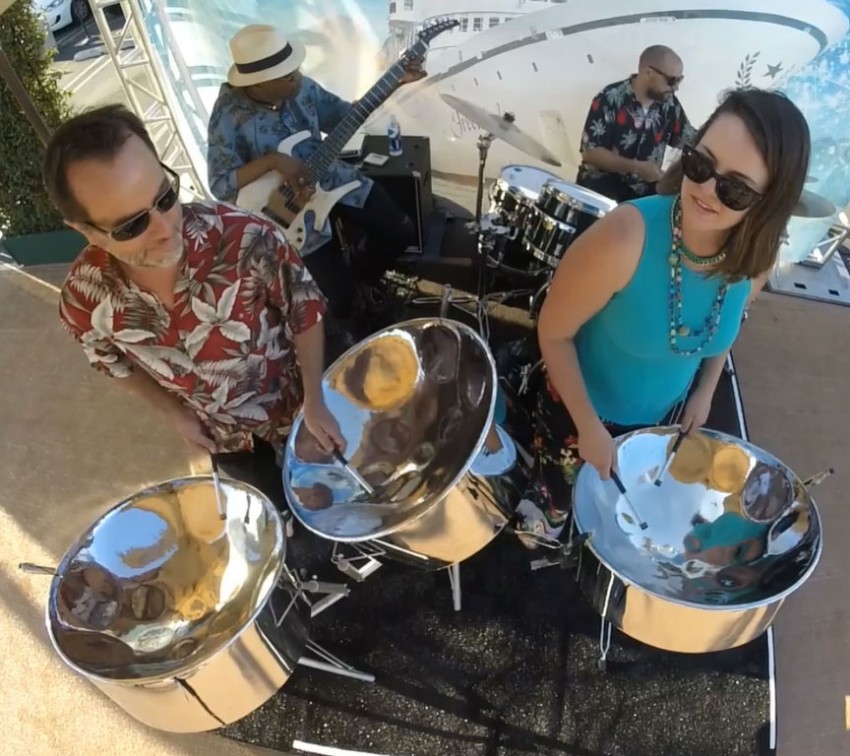 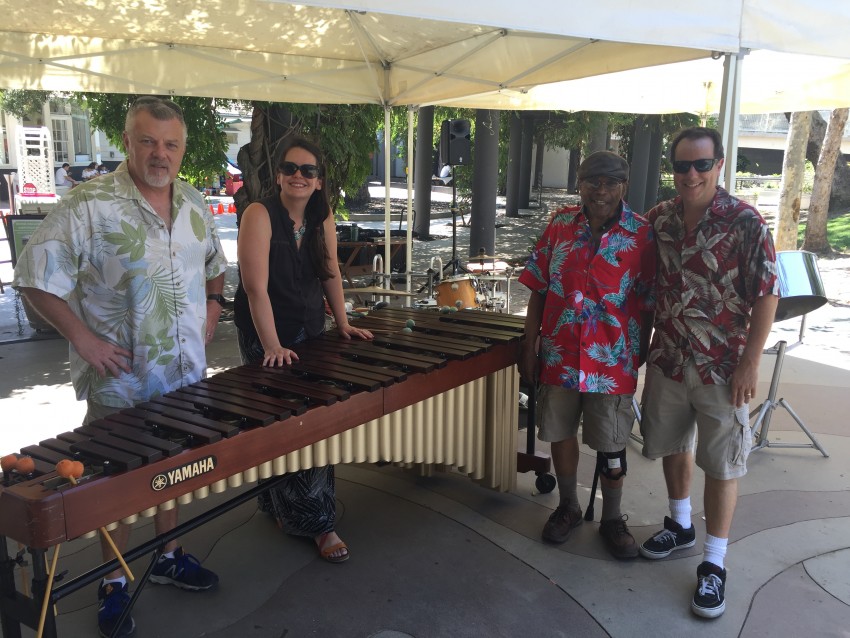 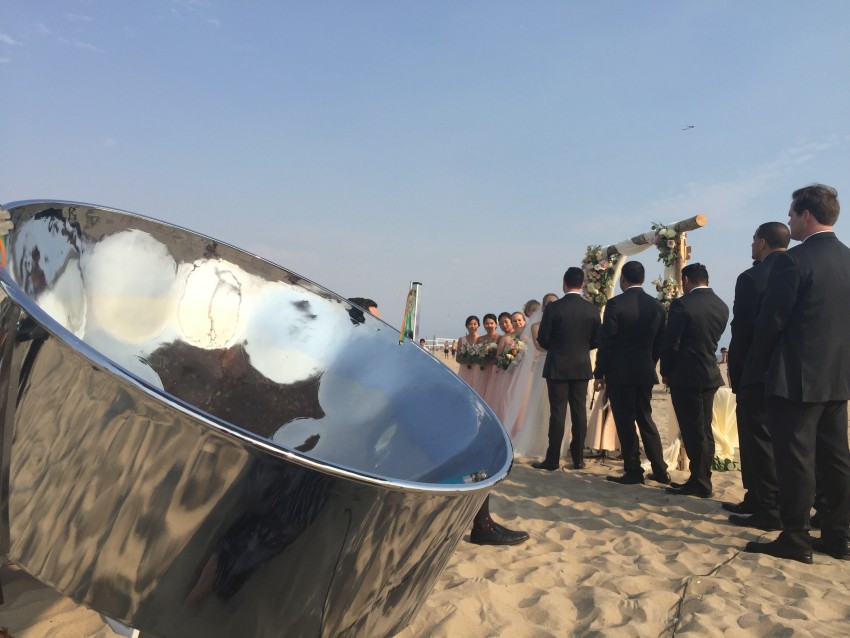 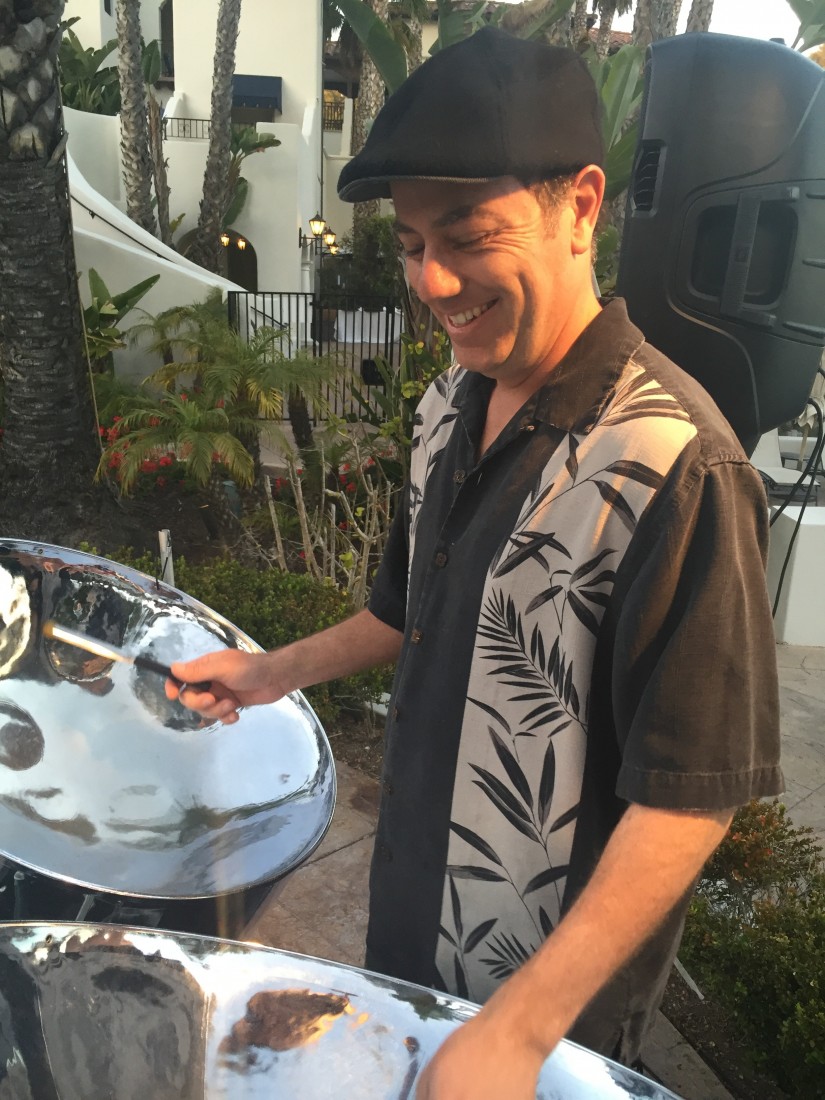 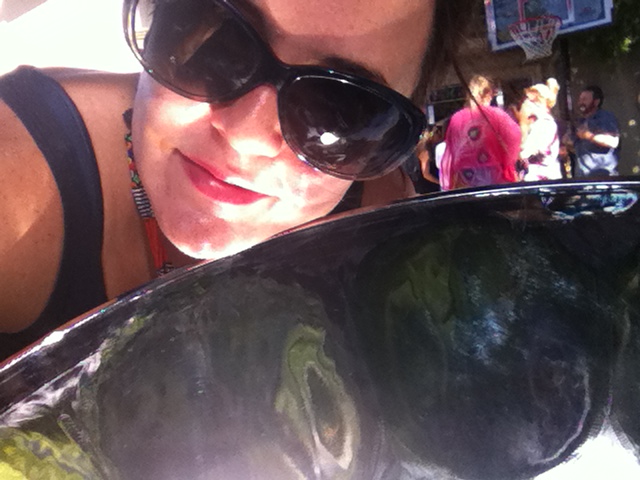 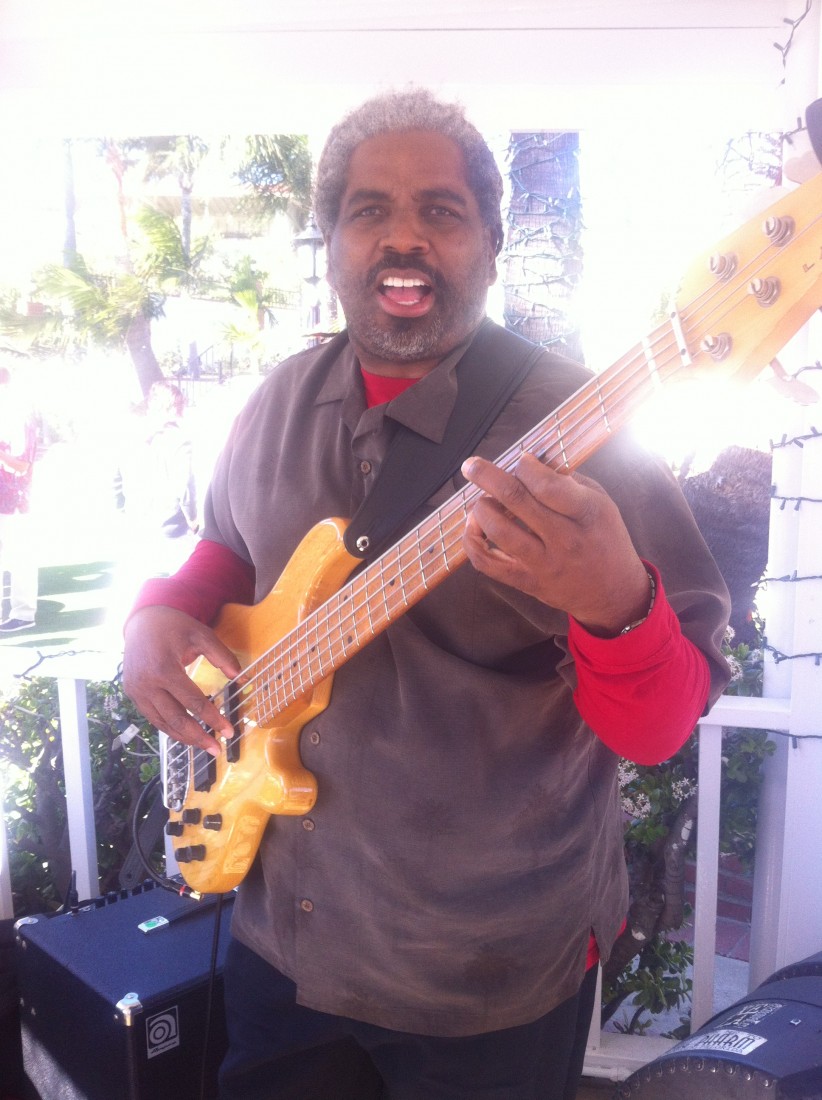 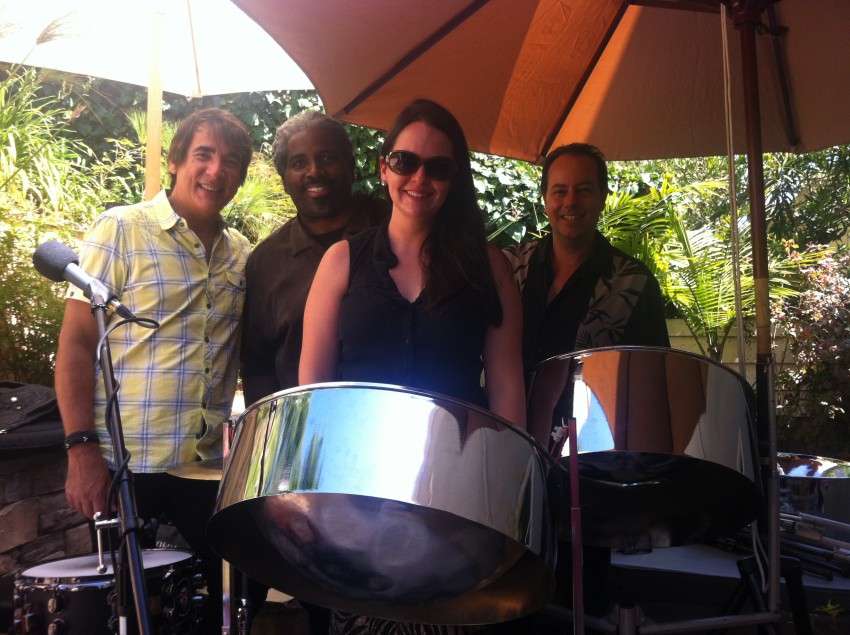 Seasoned, professional musicians in SoCal - a husband and wife who both play steel drums! Solo, duo, trio, quartet, quintet, and larger bands available. Vocals available. Our goal is to bring that deeper layer of enjoyment to your event with superb musicianship (down to the nuances), enthusiasm, and a festive but relaxing vibe.

Arrived early and set up and was playing by the time guests started arriving.

Abbey was easy to work with, friendly, and a great addition to our event. Thanks Abbey!

Thanks Wendy! Great to be a part of 4Girls! Thank you and yours for your kindness!
-Abby

We recently had a beach themed party and wanted steel drums to support the mood. We just had a single steel drum and it was perfect. Everything was easy (process through gigsalad, confirmation with band, event, etc.). Highly recommend them.

NESTA did several events with us and people enjoing their music.

Thank you Omar! Not only for having me perform, but for your hospitality and very friendly guests!

Dan was simply wonderful! I loved the sound of his drum throughout the Easter Brunch. I'd be happy to have him back again, or maybe the whole band!!

We had Abbey at our daughter's Engagement Party on a Satirday night with 75 people in attendance in our back yard. It was a very warm evening and Abbey made it so much fun. Great island vibe! Everyone was dancing by the end of the evening. I highly recommend her. We are also considering her for the Pre Ceremony and Cocktail hour at our daughter's wedding!

We had a backyard party BBQ/luau for my son's graduation, and decided last-minute to hire a band. Nesta was amazing... great dance music, reggae (our favorite), strong vocals, that party feel... it was all there. They are more than comfortable on their instruments and the level of performance is very high. We hired them after hearing their sound clips, which were great, but what I can say is that they sound even BETTER in person.

Nesta Steel Band was perfect for our Jamaica Jive party!

Dan performed solo for our 50-person birthday party & was perfect for the occasion. The steel drums & his warm personality set the tone for our guests to be in party mode, & the volume was just right - loud enough to appreciate both indoors & out, while enabling folks to socialize without having to shout. We had a limited amount of space on our deck, so having 1 performer was ideal,. However, I can see how hiring the whole band for a bigger occasion in a larger venue would also be awesome.
Thank you Dan, & Abby for handling all the details.
We have no hesitation recommending you to others.

Great music perfect for any party it sure set the mood. I loved every minute. I thank them so much for such a great job.

Dan played for our wedding and reception and he did an absolutely fantastic job!! Everyone loved it and he far exceeded what we expected. He was so nice, friendly and is an excellent musician. We will difinately hire Nesta for another party in the future!

Since video, audio, and pictures speak louder than words, please go to our website (www.andproductions.com) to hear and view all of the above. We have numerous soundclips, videos, and pictures not included on this site - from soloists to large bands.

Dan Savell has been playing music since the age
of four and playing percussion since the age of
thirteen. He began playing steel drums ten years ago
while at Fullerton College (in Southern California)
and immediately took to the instrument.
While at Fullerton College, he played with Big
Bamboo Steel Band and performed with renowned
pan greats Ken Philmore, Robert Greenidge, and
Boogsie Sharpe. He began doing solo steel drum
performances soon after. In 1996 he transferred to
California Institute of the Arts in Valencia and
studied with percussion maestro John Bergamo.
There he studied improvisation with trumpeter Leo
Smith and guitarist Larry Koonse. Dan has visited
Trinidad twice, performing with "Phase II" and
"Desperadoes" Steelbands in Panorama, the annual
competition that occurs during Carnival. Dan
graduated from Cal Arts in 1998 with his Bachelors
degree in Percussion. Since then he has become a
full- time professional steel drum player, performing
regularly at private and public events. Recently, he
was hired as the steel drum consultant on the hit
NBC TV show, "The Office".
On the general percussion side, Dan's performances
also keep him busy. In 2004, Dan completed the
world premiere run of "The Peachblossom Fan" at the
REDCAT theatre in downtown Los Angeles and can
be heard in the Original Cast Recording for this show
with composer Stephin Merritt. He also plays
drumset professionally, and has performed regularly
with Broadway star Neile Adams, jazz icon Kim
Richmond, Circo Mundial (the National Hispanic
Circus), and the late magician Harry Blackstone Jr.,
as well as performing in over twenty musical
productions in the Los Angeles area. Dan was the
staff percussionist for the Cal Arts dance department
from 2004-2006. He will release his album "Velocity
in Texture: Percussion for the Modern Dance Class"
in 2007. His article, "Getting Around the Double
Seconds" will be published in the Percussive Arts
Society journal in 2007.

Abby Savell has been playing music since the
age of five, starting on piano. At fourteen, she began
playing percussion and took to it immediately. She
received her Bachelor's of Music in Percussion in
2002; soon after, she joined the steel drum band Big
Bamboo, playing tenor pan and performing at
multiple events. Abby is one of very few female steel
drum/vocalists in the Los Angeles area. She
completed her Master's degree in Percussion at
California Institute of the Arts, studying Western
percussion with David Johnson and John Bergamo,
Latin Percussion with Aaron Serfaty, and
improvisation with harpist Susan Allen. In May 2004,
she performed the World Premiere of the highly
virtuosic Sonata for Xylophone and Piano by
acclaimed composer Bruce Levine. She also played
percussion with bass-legend Charlie Haden, in his
"Liberation Orchestra II", as well as performing with
xylophone virtuoso Bob Becker on the East Coast
and in Los Angeles. In June of 2004, she performed
with the Pacific Symphony Orchestra under
renowned composer/conductor John Williams.
Currently, Abby plays with the Kim Richmond
Concert Jazz Orchestra, with whom she has
performed at the Jazz Bakery, and onstage for the
annual Spotlight Awards at the Dorothy Chandler
Pavilion. She loves playing steel drums
professionally, having performed at the Ritz-Carlton
Laguna Niguel and Tommy Bahama's Restaurants,
and at numerous private functions with a band and
as a soloist. She has also worked and performed with
steel drum virtuoso Ken Philmore, and visited
Trinidad (the birthplace of steel drums) in December
2003. Abby also specializes in the marimba, with
which she plays many genres of music on the solo
and group level.

Lighting - this is optional, but for nighttime gigs, we recommend having some light on the band, for the guests as well as the musicians.
Sunlight - steel drums rapidly go out of tune in sunlight, so full shade needs to be provided. We can bring an umbrella or EZ-up if notified ahead of time.
Power - for most gigs, with the exception of 100% acoustic gigs, we need electricity for the PA system. For park and beach gigs, we may be able to supply a battery pack (please inquire about this).
Stage - Dry, even terrain is preferred. However, sometimes we can play on sand as well, depending on the type of equipment being used in the band (please inquire about this).

Umbrella (steel drums go out of tune in sunlight), electrical outlet (not for all performances)

I just wanted to personally thank you both again for joining Yahoo! last night and for the FABULOUS music ÃƒÂ¢Ã¢â€šÂ¬Ã¢â‚¬Å“ our guests loved it!

And I meant it when I said I hope we can get you out to our campus as soon as it gets warmerÃƒÂ¢Ã¢â€šÂ¬Ã‚Â¦you guys would be perfect for a lunch time concert.
Thanks again and have a great weekend!

I just wanted to thank you both so very much for such a wonderful and professional experience by "AND Productions" Needless to say, Dan's playing and general "mensch" person he seems to be were a hit!!!! We all had a blast. I'll keep your card (and of course, pass it on) and hope to work with you in the future. So sorry I didn't have a chance to meet you in person, Abby. Really appreciate the ease with which this was all coordinated.

I wanted to thank you sooo much for the great music that you provided for my wedding. Everyone complimented me on how cool the music was and asked how I found you. You definitely added to my reception and it would not have been the same without you. Thank you again for making my special day so memorable. Please extend my gratitude to the other members.

P.S. I had so much fun, I'm trying to convince my husband to have a party like that every year!!!!!!

Sorry it took so long to get this note outÃƒÂ¢Ã¢â€šÂ¬Ã‚Â¦.time fliesÃƒÂ¢Ã¢â€šÂ¬Ã‚Â¦.
We just wanted you to know what a fabulous time we had at our birthday/anniversary party. Your entertainment and music was perfect.
Everyone has told us what a great party we had, and unanimously commented on how special the music was. Dan and Butch were terrific. They seemed to know exactly what I wanted, and delivered a wonderful mix of delightful music. Dan is so talented and such a nice guy. I really struggle for words to describe how much we appreciate what your efforts added to our party; it was simply great!
I have always liked the steel drum sound, now IÃƒÂ¢Ã¢â€šÂ¬Ã¢â€žÂ¢m even more of a fan. That sound just filled the canyonÃƒÂ¢Ã¢â€šÂ¬Ã‚Â¦.it was SO cool.
We would love to see you play at a bar/restaurant/club or other venue sometime. IÃƒÂ¢Ã¢â€šÂ¬Ã¢â€žÂ¢ll look at your web page and try to find where we could see you play again. We have given your name to several people who may someday request your talents.

Thank you Dan, you w

Abby played solo for our event. She was punctual and her music was great. She is a talented steel drummer and singer as well. All she needed was a single power connection and she took it from there. When she took breaks she had background music playing to fill the void. The guests really enjoyed her. I would recommend her highly to anyone looking for steel drums at their party.

These guys were fun! they sounded great, they took requests...and were very professional---I will be hiring them again soon. Thanks guys for a job well done!

Abby and Dan were wonderful. The music was perfect fot the event (backyard babacue with an island theme). They performed for the scheduled time and did a terrific time of matching the music to the party's pace. I definitely plan to hire them again.

Friendly, professional, and on time. Dan made for a very enjoyable evening. He MADE our party. worth the money! Thanks and see you next year!